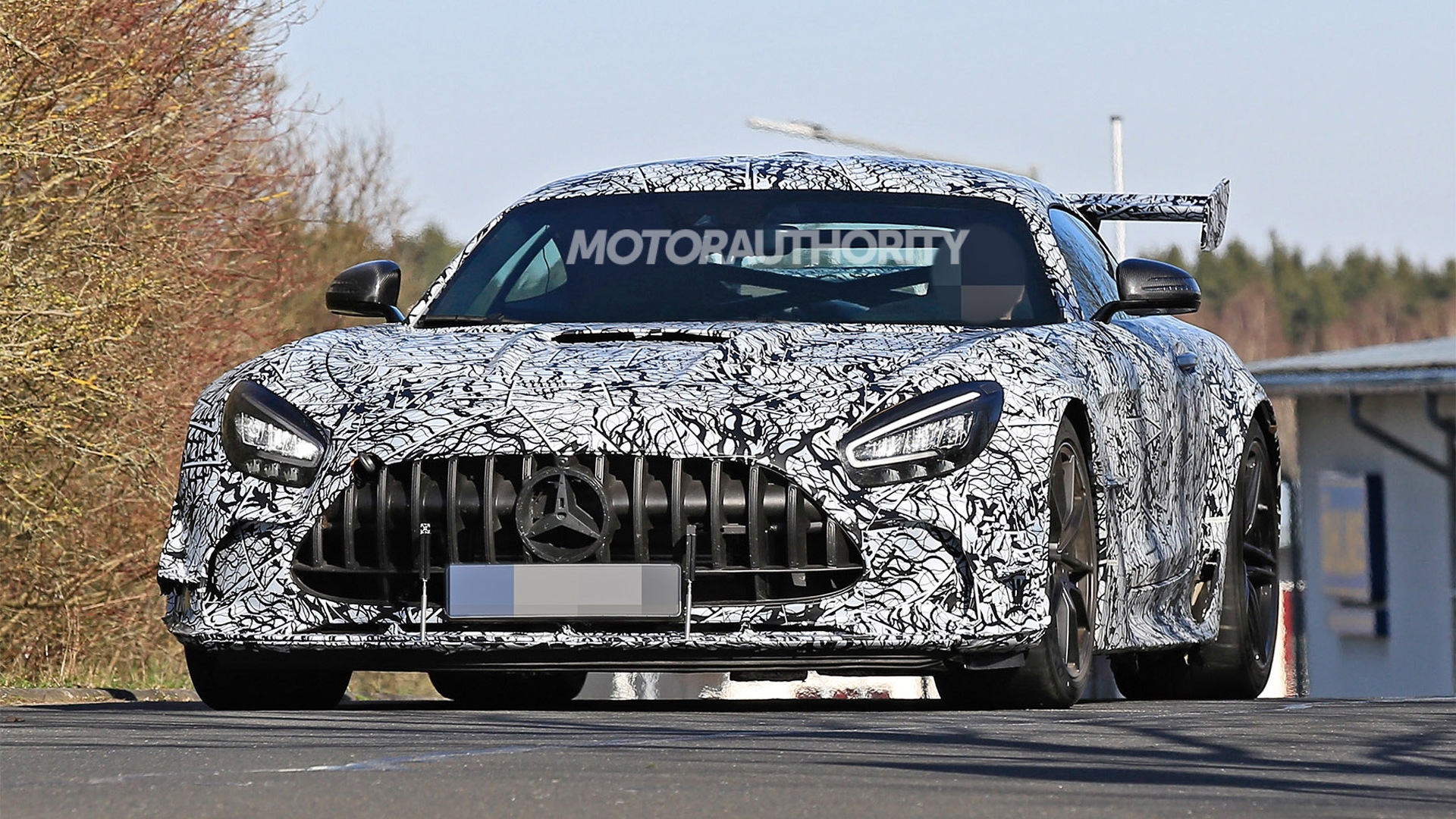 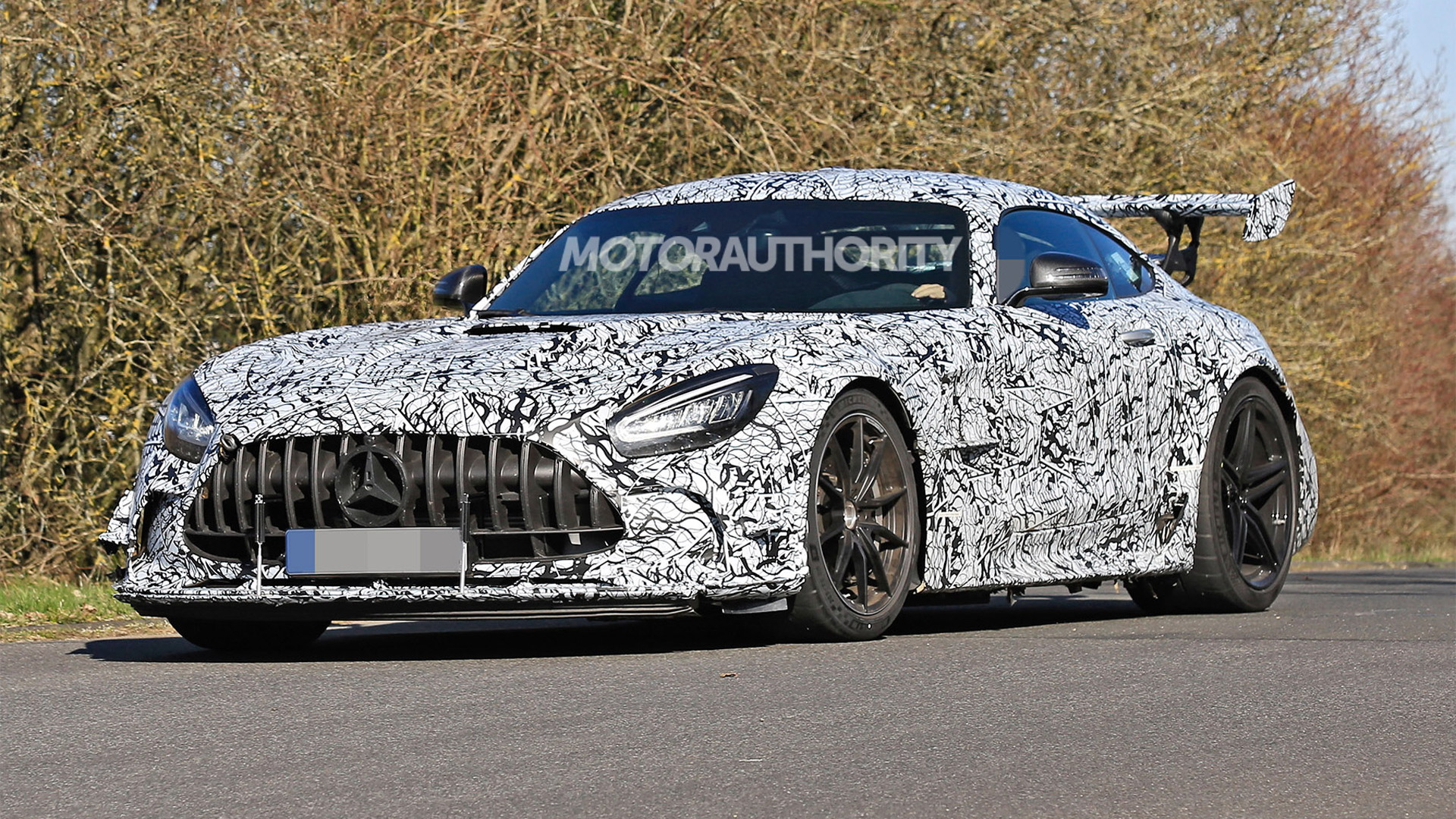 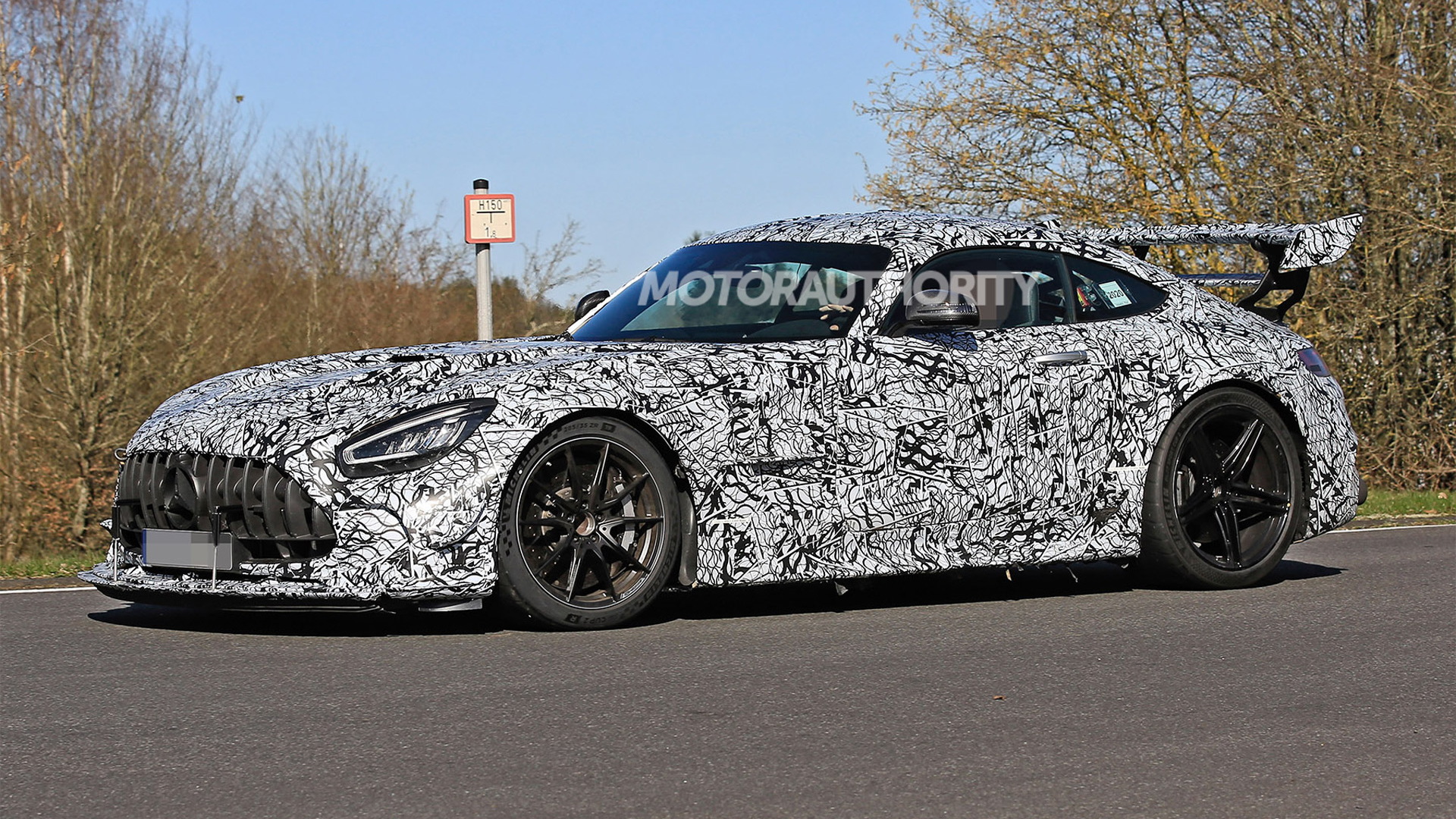 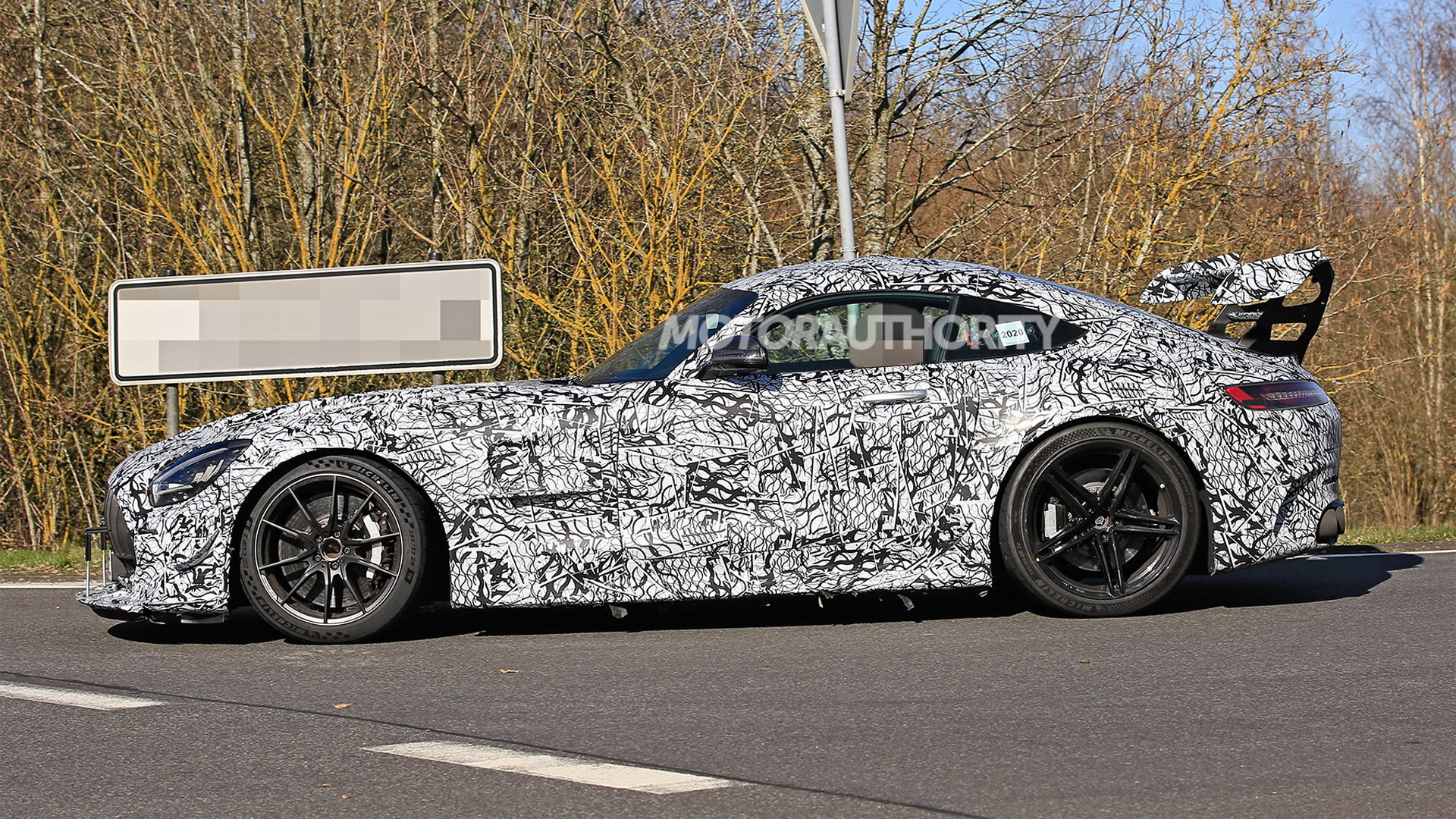 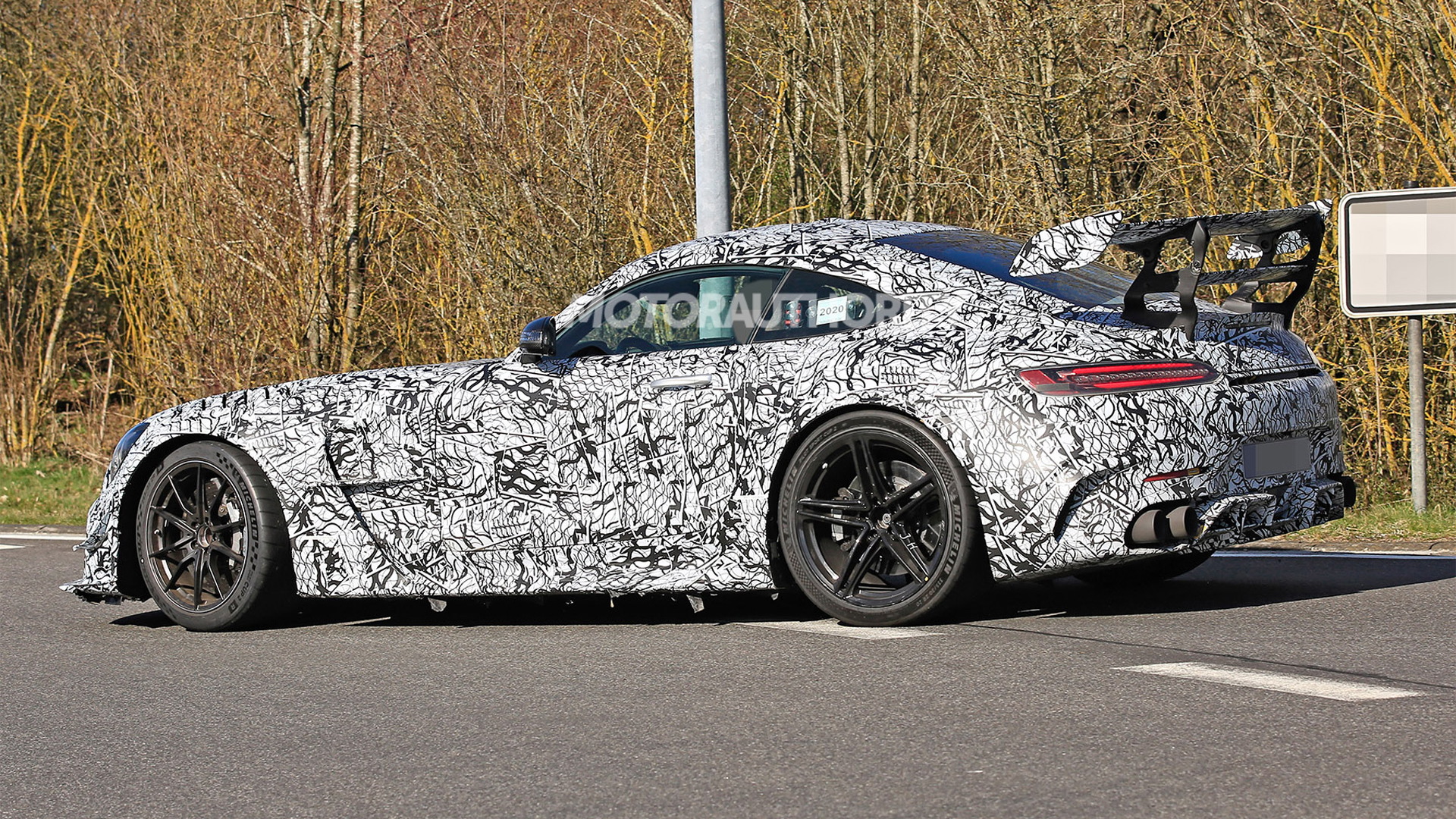 The Mercedes-AMG GT range currently tops out with the 577-horsepower GT R Pro, but a more potent Black Series is coming to see out this generation of AMG's standalone sports car.

Prototypes for the new GT Black Series have been spotted for a while. They reveal a very aggressive design that closely matches the lines of AMG's latest GT race car.

AMG has been quiet on details but CEO Tobias Moers in 2018 hinted at an output of more than 700 horsepower to make the car competitive with the McLaren 720S and Porsche 911 GT2 RS. Double Apex (via Motor1) has since published a report that lines up with Moers' previous comments. 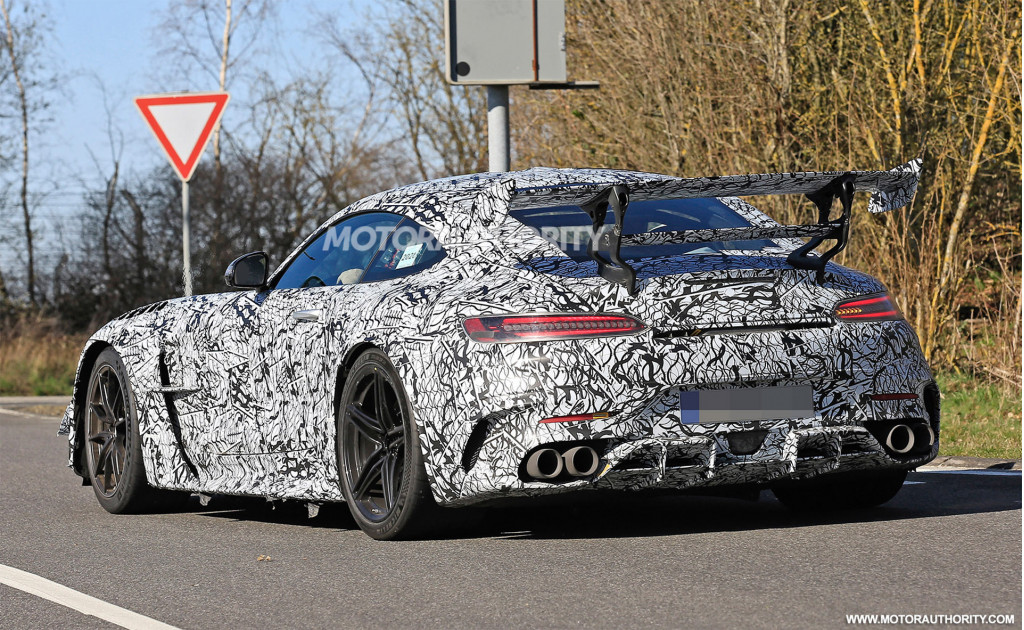 The new V-8 will reportedly be related to AMG's current 4.0-liter twin-turbocharged setup but without the turbochargers placed in the center of the cylinder banks, known as a “hot-vee” configuration.

Of course, when you're crafting a Black Series version of an already mental car, you have to take your time to make sure you get it just right. It's not as simple as adding more power. You're also going to want added aerodynamic performance, a lighter curb weight, and a suitably angry bit of extra bodywork. And judging by the prototypes that's exactly what AMG is planning.

The GT R Pro is already one of the fastest rear-wheel-drive production cars around the ‘Ring with a time of 7:04.63, and it only has 577 hp. The GT Black Series will likely see the 'Ring time slip under the 7:00 mark. Other performance numbers should include a 0-60 mph time of less than 3.0 seconds and a top speed of well over 200 mph.

As mentioned above, the Black Series will see out this generation of AMG's standalone sports car. A successor is planned and may have already been teased. All we know about the next GT is that it will be based on a new modular sports car platform to be shared with the next Mercedes-Benz SL-Class. The platform is expected to bring weight savings and some form of electrification.