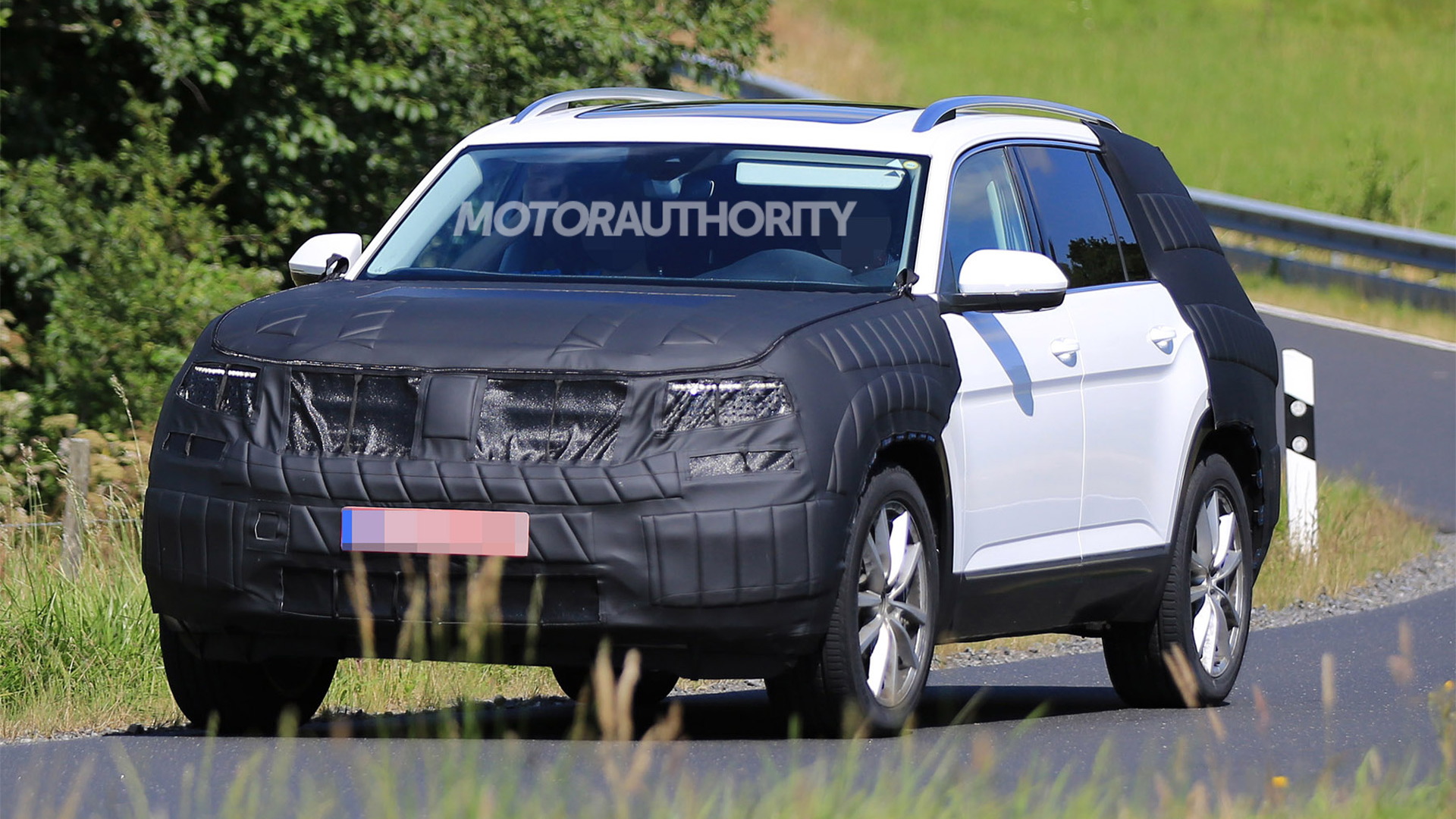 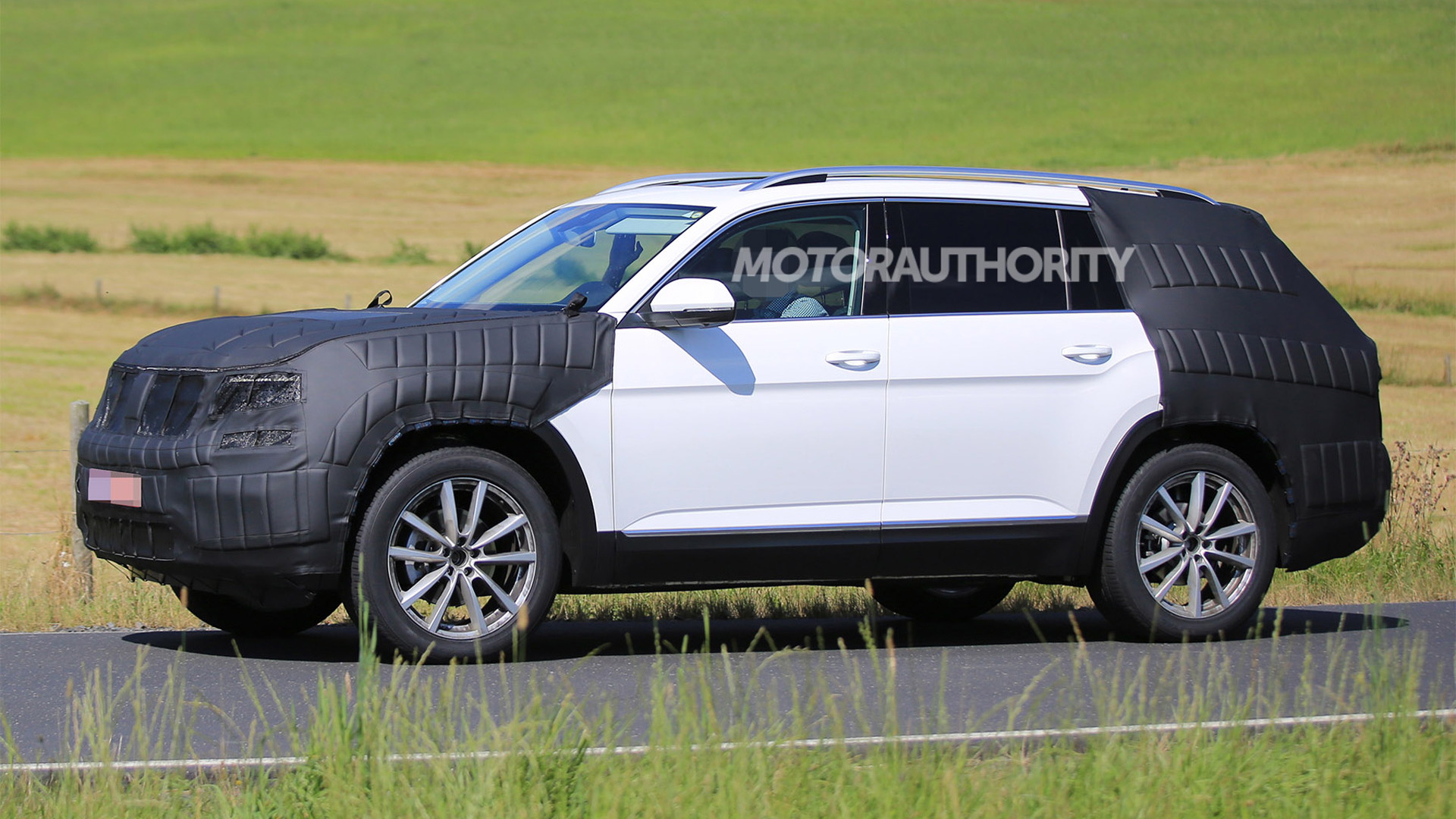 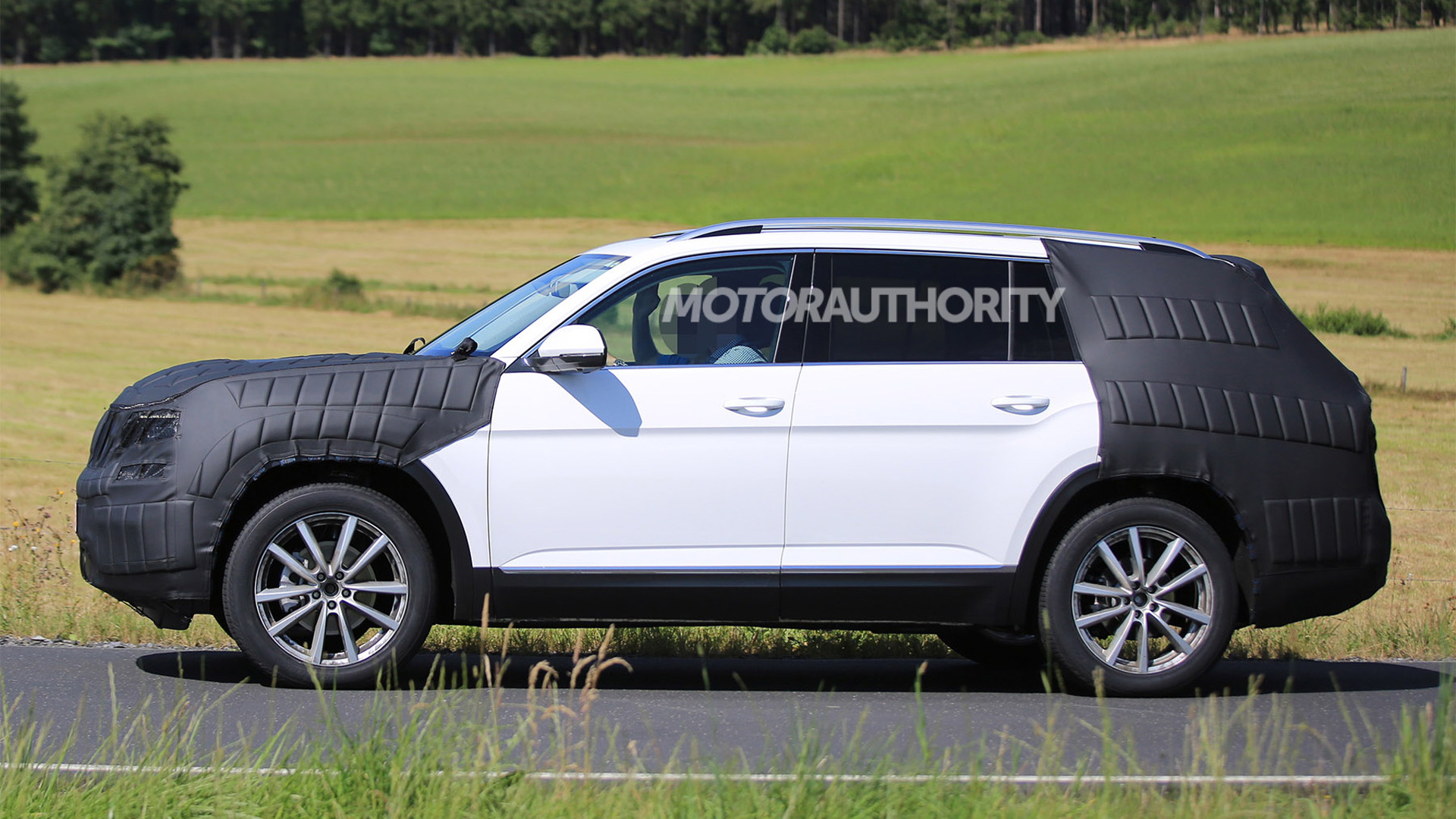 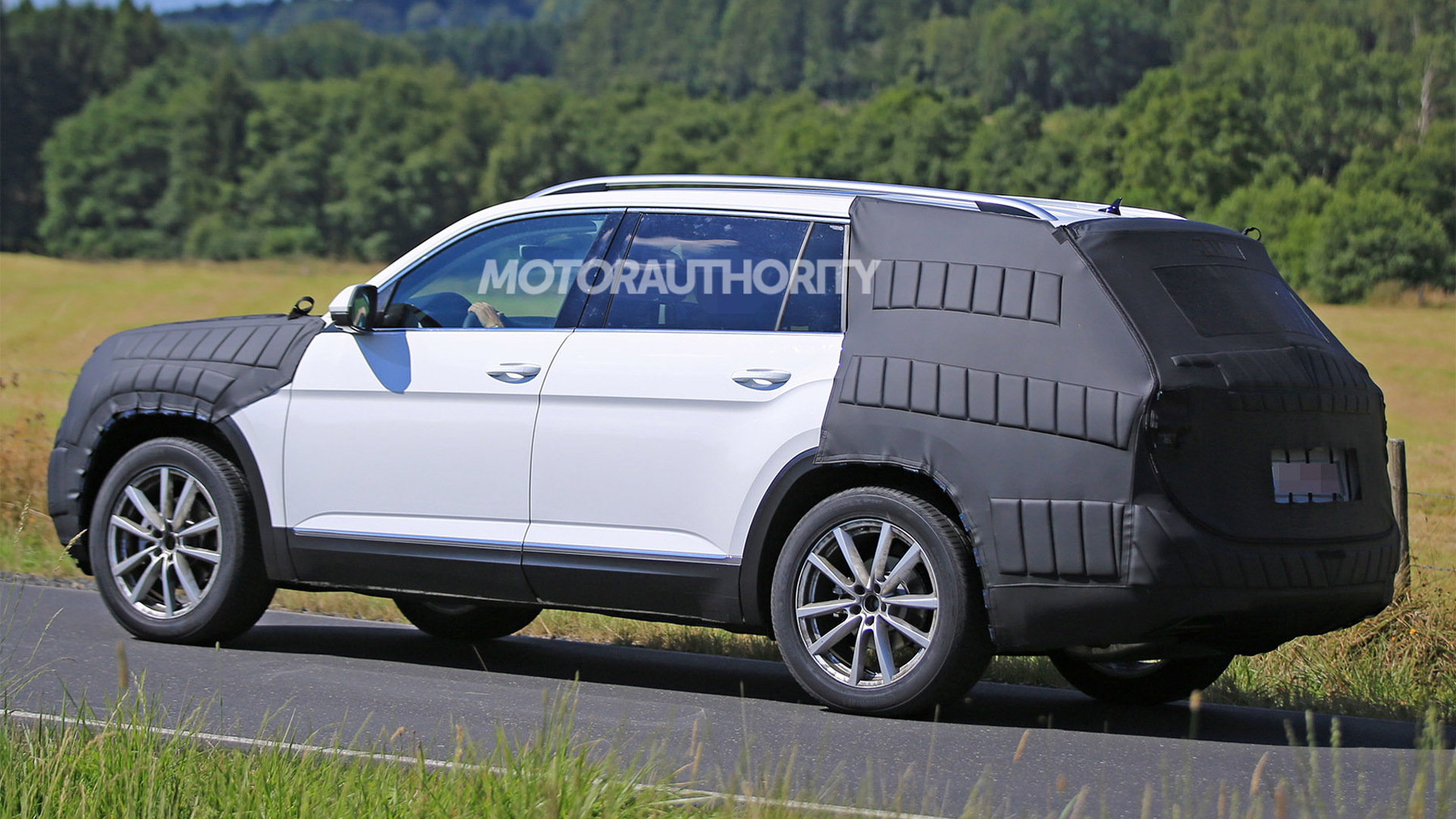 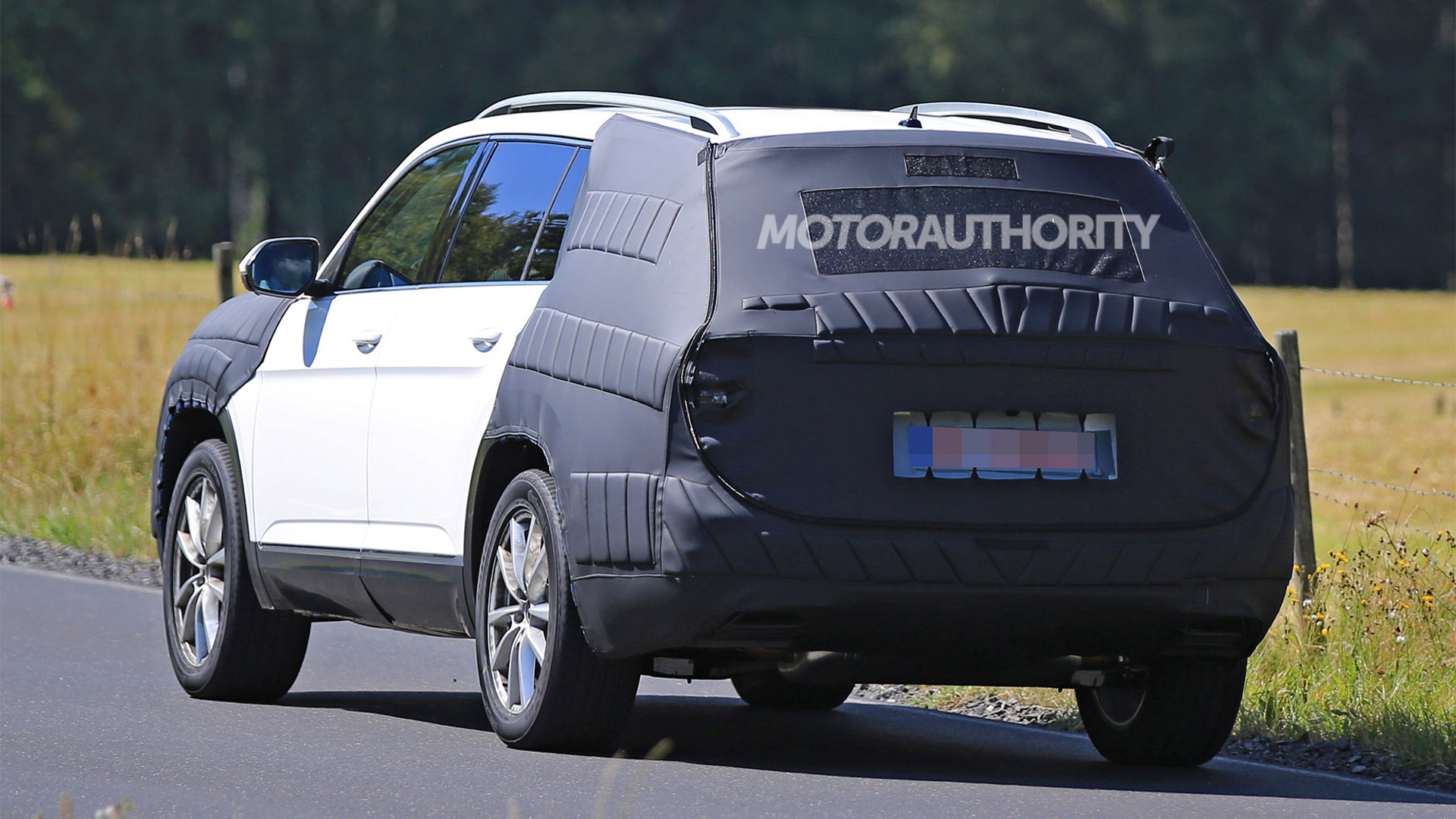 According to a report out of Germany, Volkswagen’s three-row SUV to be built in Chattanooga, Tennessee will be called the Atlas.

Automobilwoche reports that VW filed a trademark application for the name in the U.S. in April and plans to present the SUV for the first time at a media event in Santa Monica, California on October 27. The first public appearance will take place at the 2016 Los Angeles auto show in mid-November.

It was previously thought that the SUV would be called a Teramont, which is in keeping with VW’s current practice of using names starting with the letter T for high-riding models.

VW first previewed the SUV with the CrossBlue concept at the 2013 Detroit auto show. We’ve since seen leaked photos and spy shots of pre-production models. Production of customer cars is expected to commence shortly after the L.A. debut, with sales starting in the spring of 2017.

The SUV will measure approximately 198 inches in length and feature seven seats in a spacious cabin. It will ride on a stretched version of VW’s flexible MQB platform and be priced sharply to compete with the rival Chevrolet Traverse, Ford Motor Company [NYSE:F] Explorer, Honda Pilot and Toyota Highlander.

Two powertrain options will be available at launch. The base option will be a 238-horsepower turbocharged 2.0-liter inline-4 and above this will sit a 280-hp 3.6-liter V-6 option. VW dropped plans for a diesel option following its emissions cheating scandal. Instead, fuel-conscious buyers can look forward to a plug-in hybrid model down the track.

The SUV will be followed in mid-2017 by VW’s redesigned Tiguan, which will have a three-row version of its own. We will then see a redesigned Touareg as well as a new flagship SUV previewed by the recent T-Prime Concept GTE. Along the way there will also be two SUVs smaller than the Tiguan. These were previewed by the respective T-Roc and T-Cross Breeze concepts.