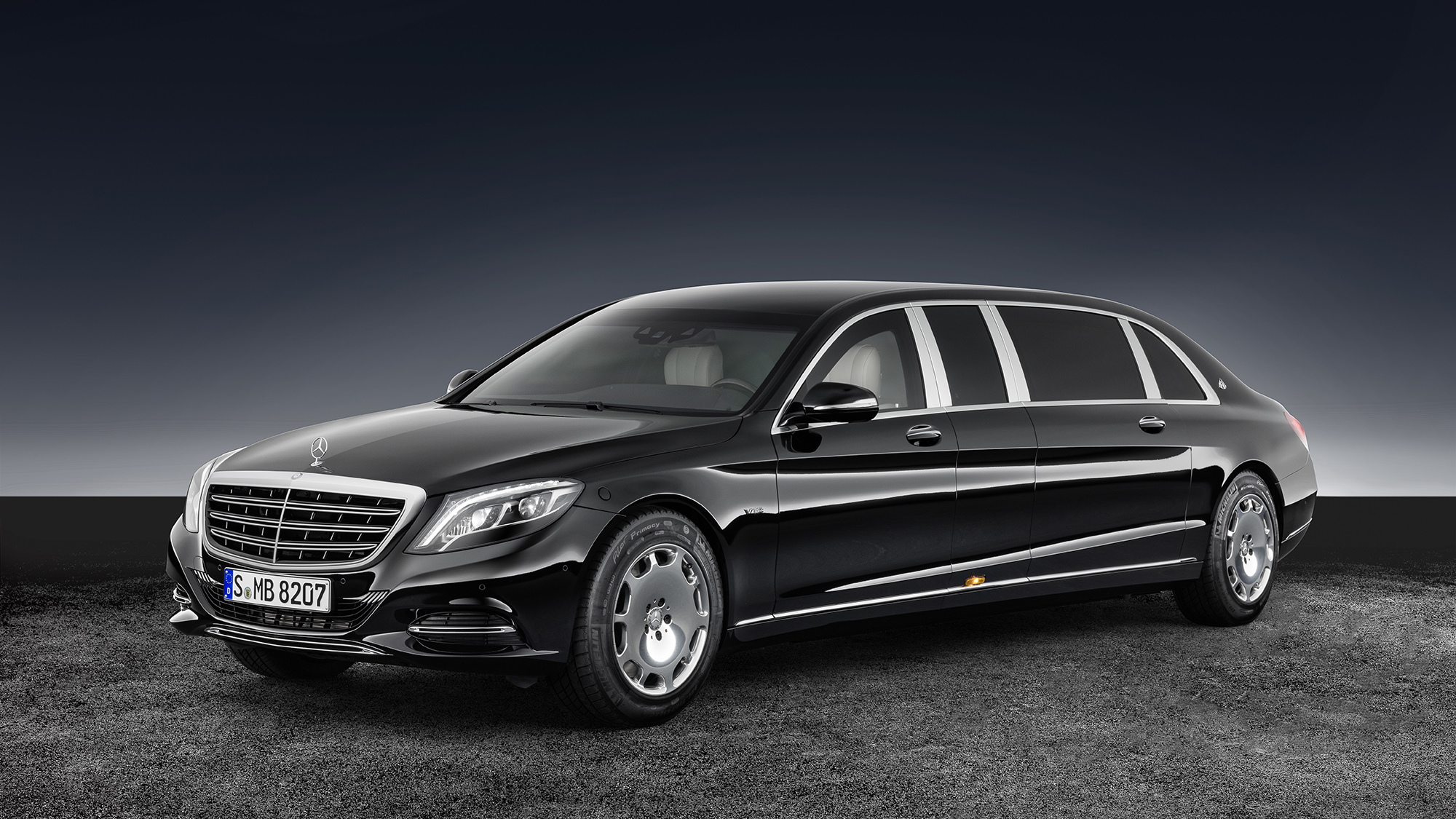 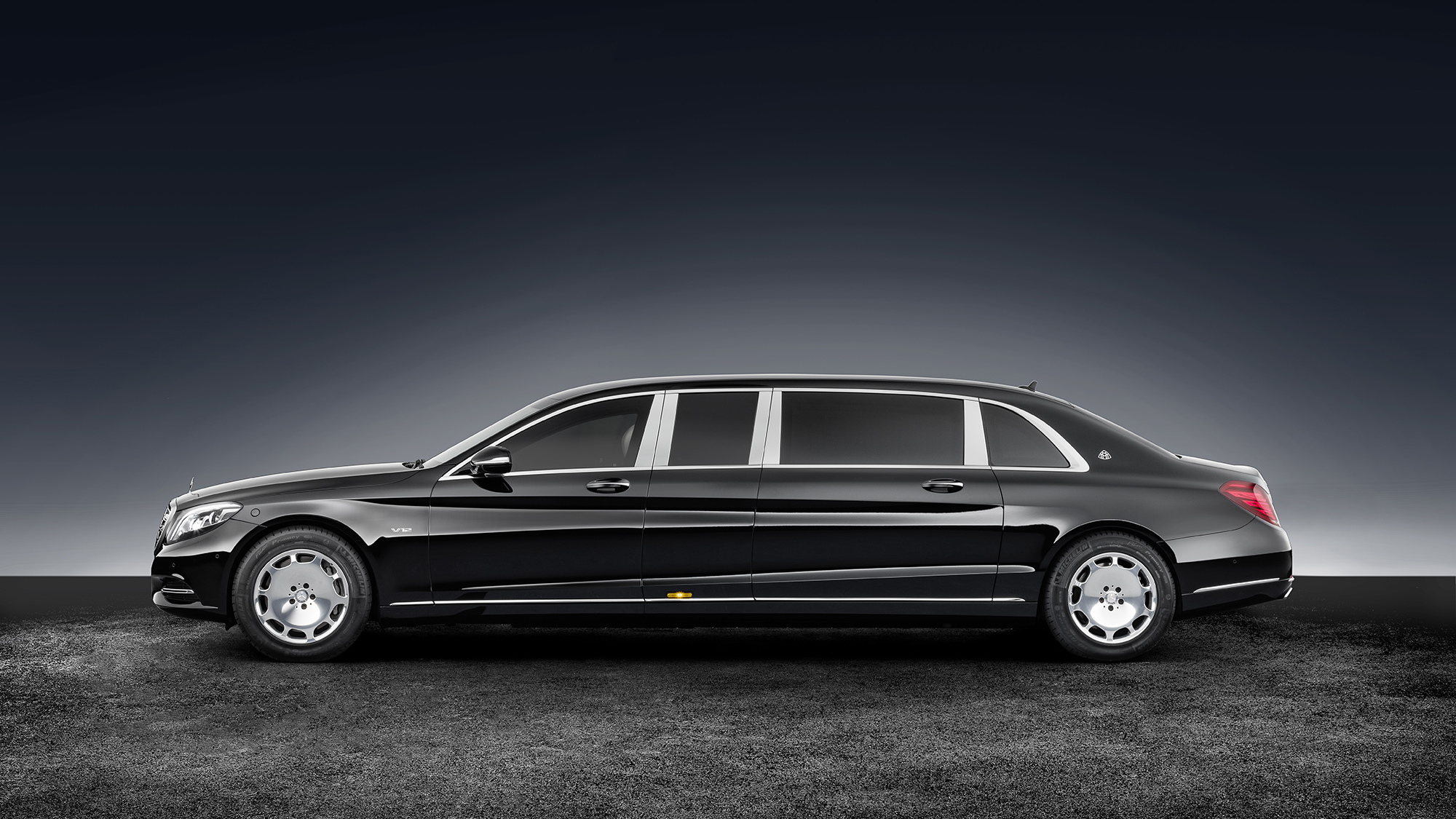 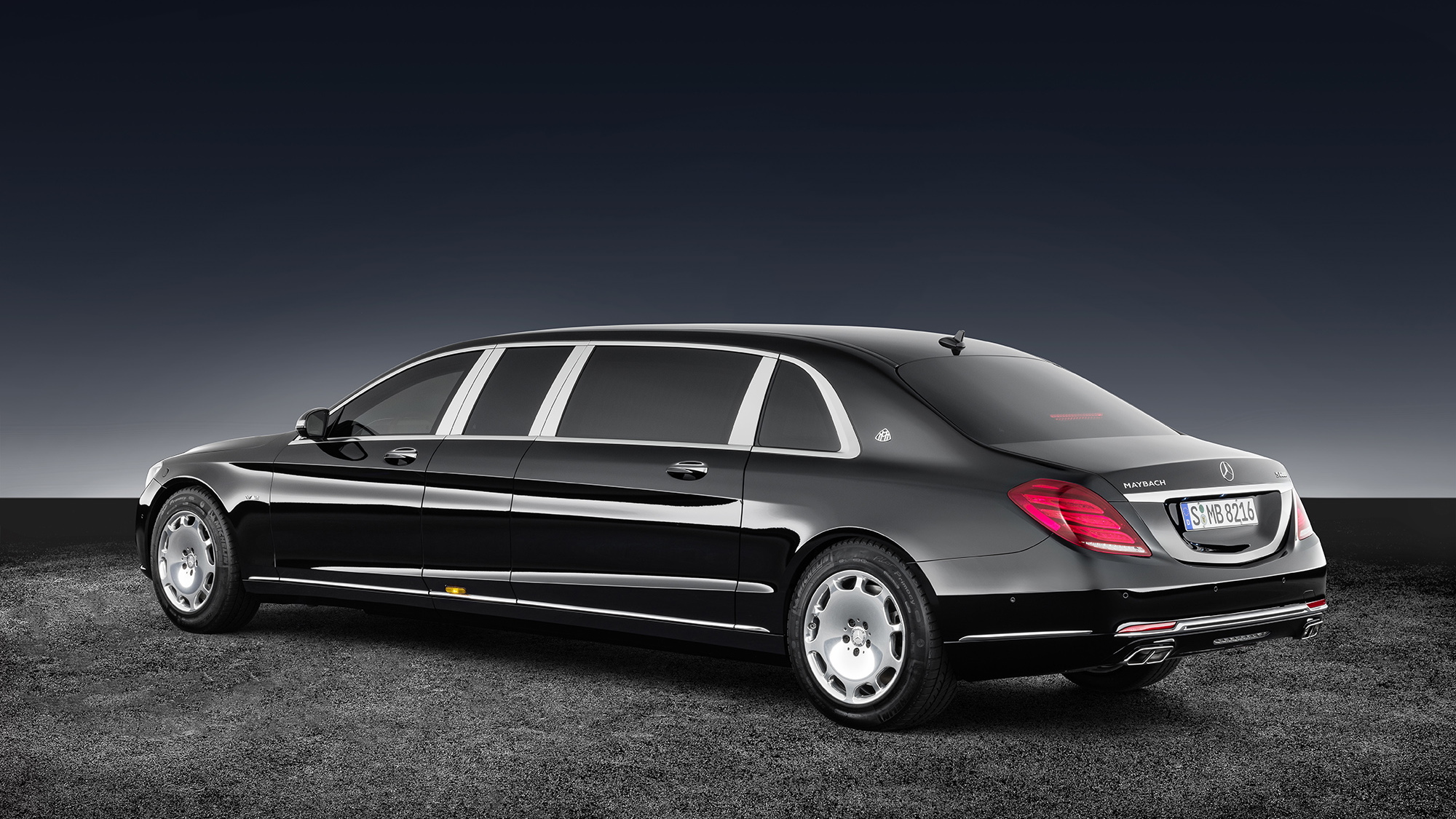 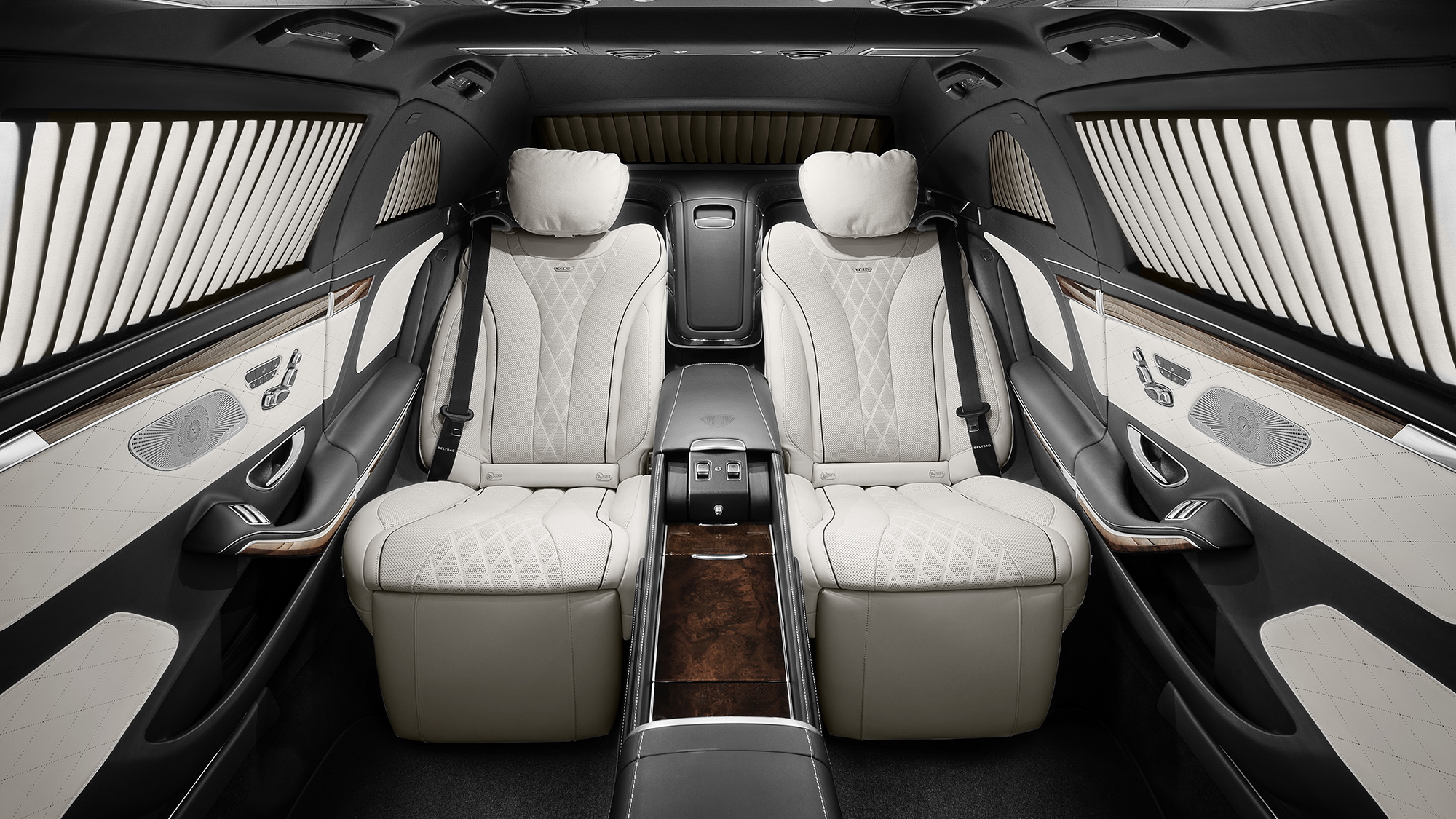 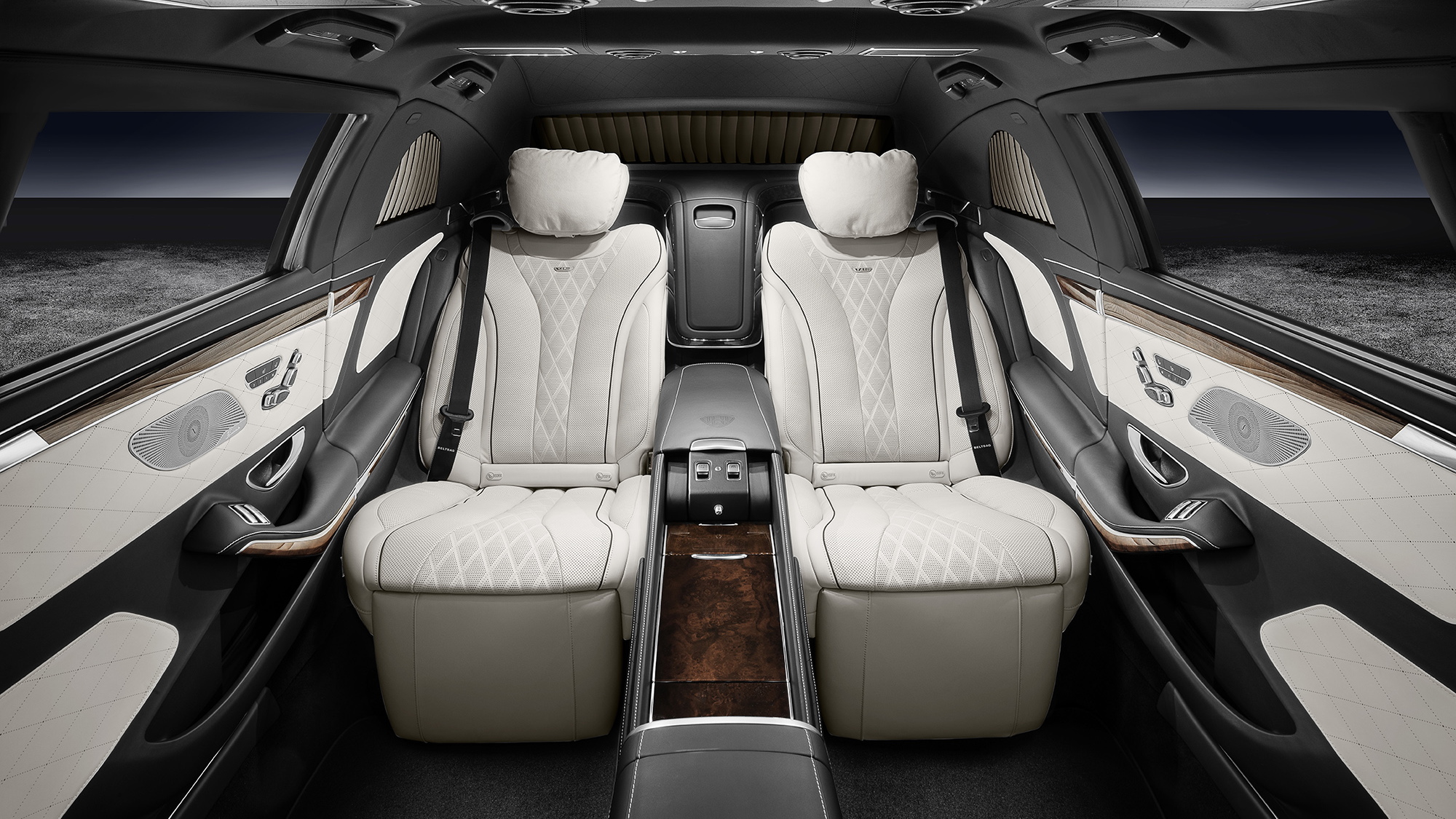 The Mercedes-Benz S-Class is a luxurious machine. Yet it has nothing on the Mercedes-Maybach S600 Pullman and its 21.3 feet of opulence. If you're a well-heeled individual, head of state or perhaps even a drug lord, you might want that luxury but plenty of protection as well. Well then, your glorious—and tough—limo has arrived, and it's taken the form of the S600 Pullman Guard.

When you're talking about vehicles that can protect occupants from outside ballistic threats, you begin discussing B-ratings, VPAM numbers, and overall VR levels. A rating of VR9 is incredibly high for a passenger vehicle, as it signifies a significant amount of direct ballistics protection from some serious firepower. The Pullman Guard is certified to meet those standards, and it also protects against explosive devices as well. If you're riding in a Pullman Guard, you're in a luxury-packed bank vault.

Not a little bit of luxury either, mind you. This is a Maybach after all. It's 21.3 feet long, and most of that space is occupied by just the four rear seats. An electric partition can separate you from the driver, and it can be transformed from a clear to opaque screen at the touch of a button. You and the other passengers are sitting in a space covered by what must be many dead cows worth of high-end leather.

This modern Pullman has a nod that reaches back to the original Pullman as well. The windows are opened via a hydraulic system. It's a nod to the past, while the vehicle reaches into the future of high-end protective machines. Helping reach into the future is the twin-turbocharged V-12 engine that sits under the hood. It's good for 530 horsepower, and will propel the massive car to its limited top speed of 100 mph.

That might not sound like much, but keep in mind that the Pullman Guard weighs in at an astounding 11,244 pounds. All of that protection isn't light. That's where the V-12's 612 lb-ft of torque kicks in and helps to get this beast moving along.

If you're in need of a regal ride that will keep you and your family safe, then you're going to have to shell out quite a bit of cash. A Mercedes-Maybach S600 Pullman Guard will cost you over $1.5 million. The first versions of the non-protective Pullman cars are shipping to customers this month, and cost north of $500,000. The Guard version will start arriving in the second half of 2017.