Every year, Volkswagen unveils a barrage of concept cars at the Wörthersee GTI love-fest in Austria. Since 2008, that's included at least one car built by a group of apprentices. This year, two groups of trainees turned up with a modified GTI and Golf R Variant wagon.

The GTI is called Heartbeat and was built over a period of about nine months. It was designed by a team of 12 apprentices aged between 20 and 26. They are currently training with VW in a variety of vocational areas. The group started with a stock two-door GTI and made a host of modifications, including boosting output to 395 horsepower.

In addition to increasing the power of the turbocharged 2.0-liter 4-cylinder engine, the team gave the exterior a bit more attitude. The Heartbeat is painted silver, with contrasting dark gray foil covering the front end. It also sports a body kit and 20-inch BBS alloy wheels. 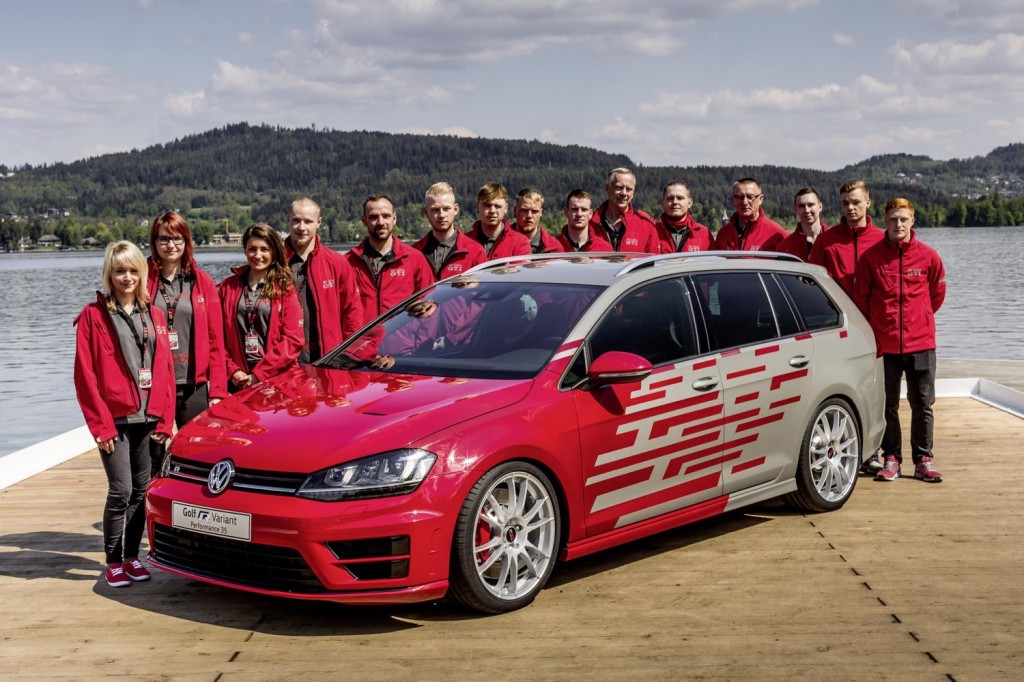 The interior includes front bucket seats from the new GTI Clubsport S decorated with "40" emblems, signifying the GTI's 40th anniversary. The seats' special trim is repeated on the door panels. The rear seats were thrown out to make room for a 1,360-watt, seven-speaker sound system.

Alongside the GTI Heartbeat, a group of apprentices from the VW Sachsen factory in Zwickau, Germany, unveiled the Golf R Variant Performance 35. The Variant is a wagon version of the Golf that is sold as the SportWagen in the U.S.

This particular version boasts 344 hp, and a 2,500-watt, 12-speaker sound system installed in the cargo area. The exterior sports a red-and-silver color scheme that is repeated on the interior trim.