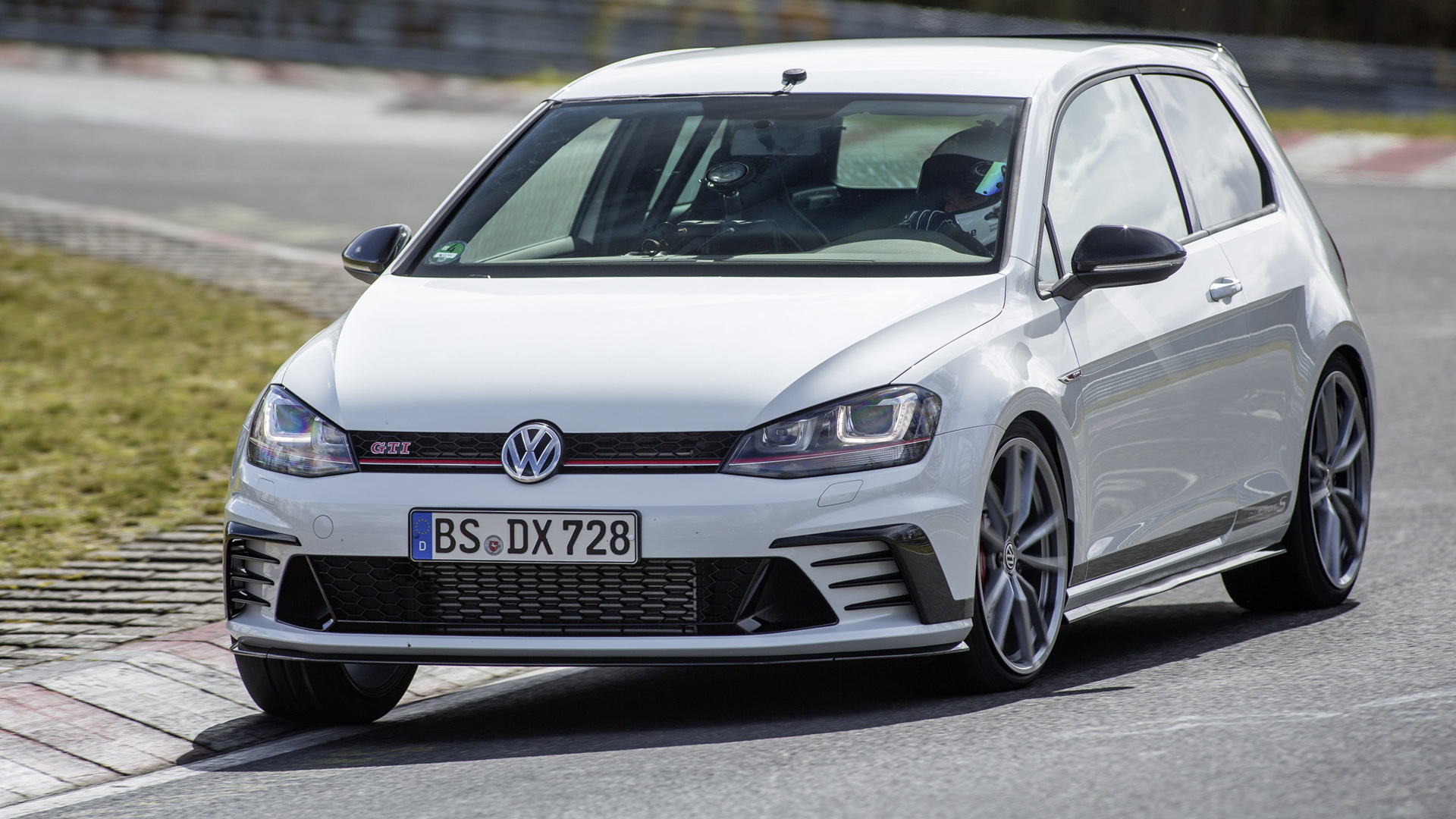 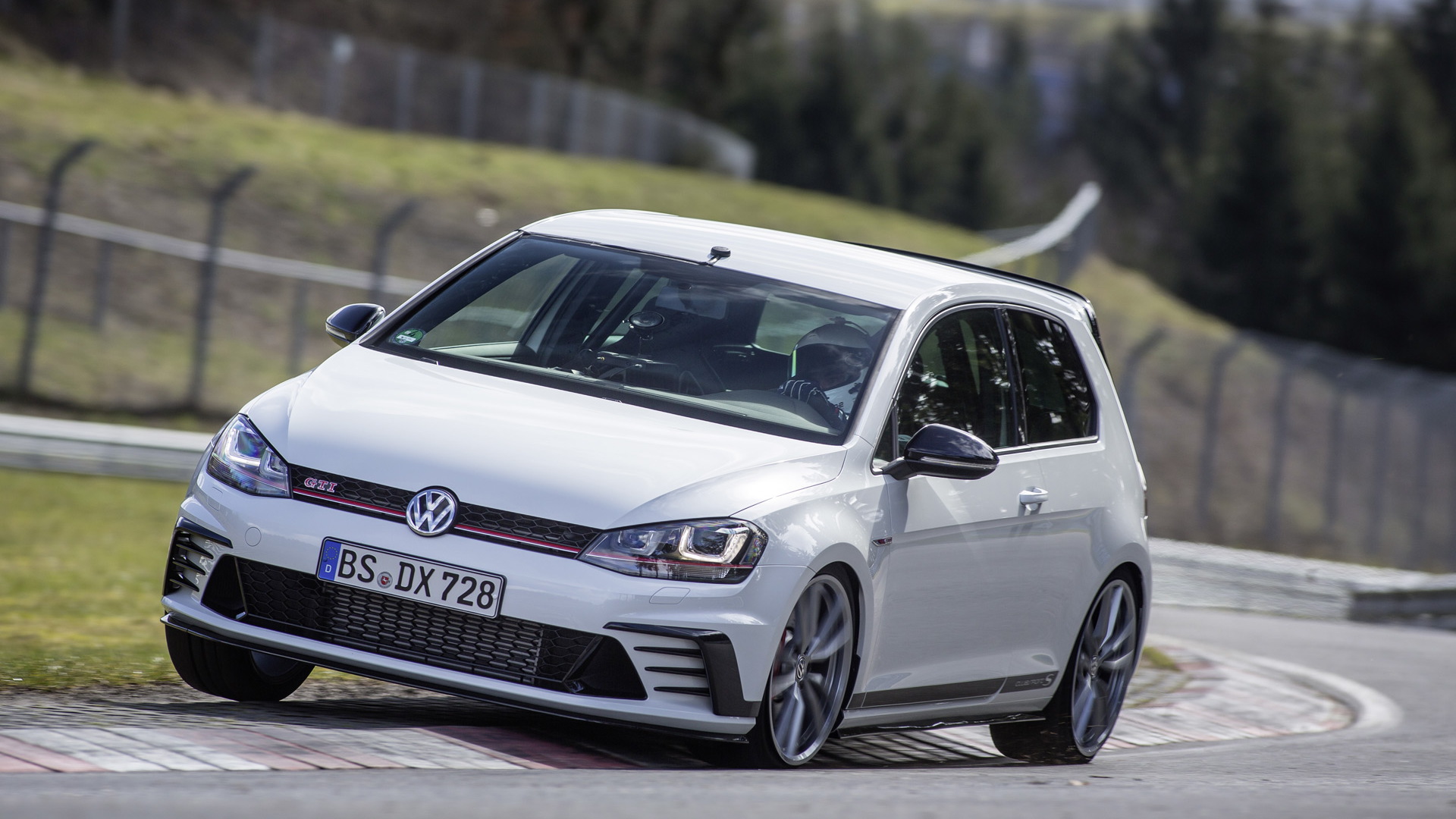 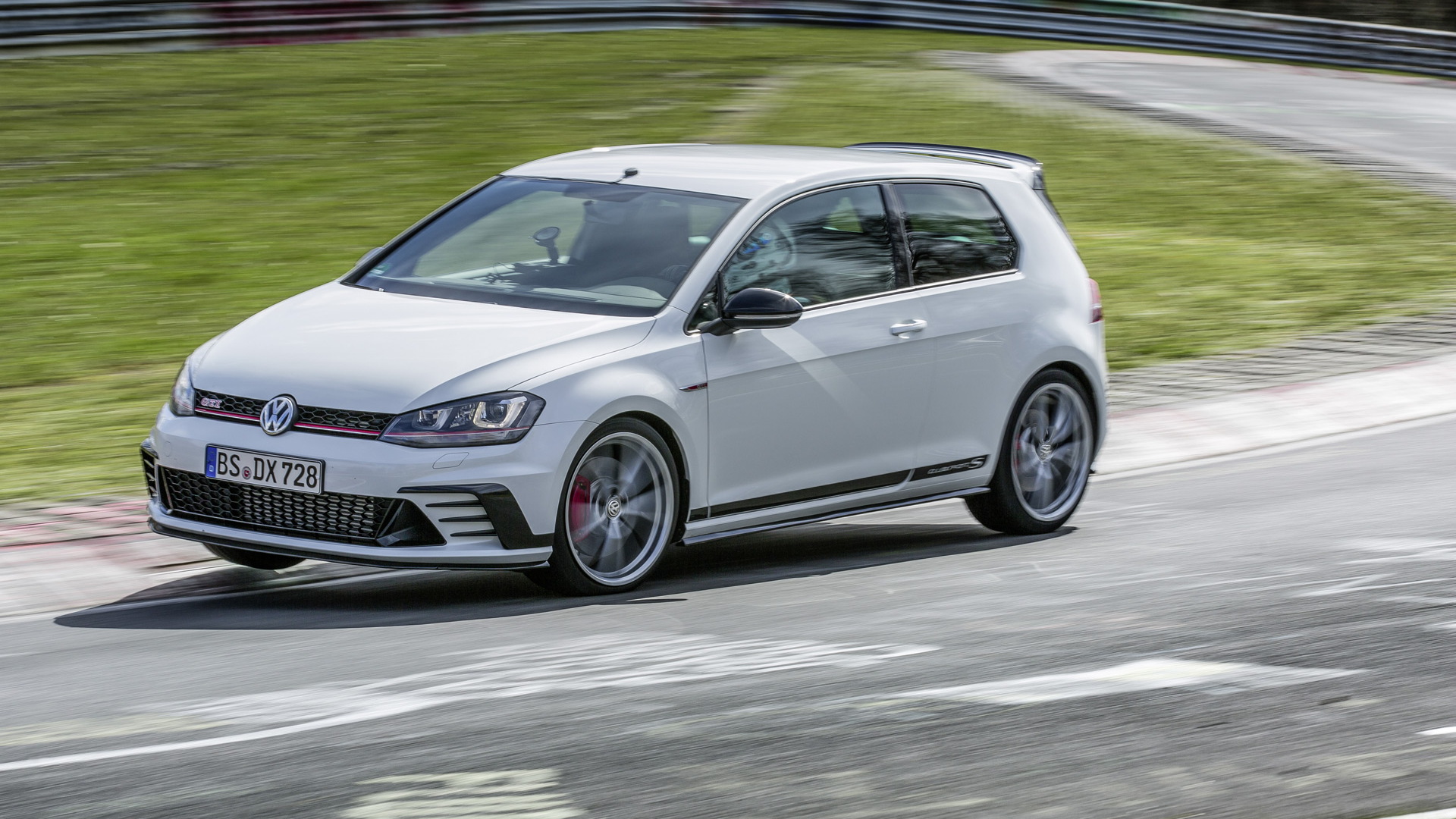 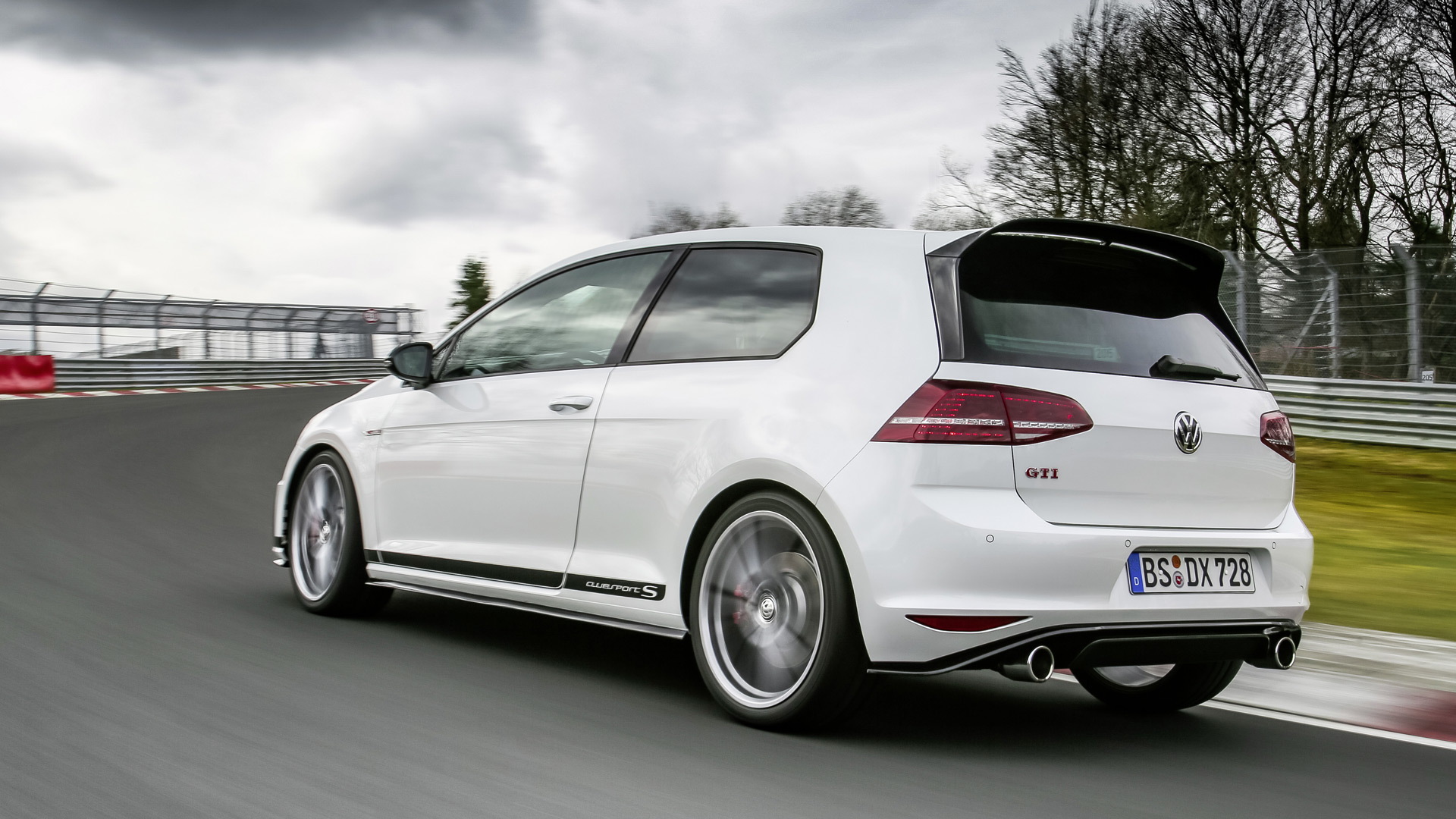 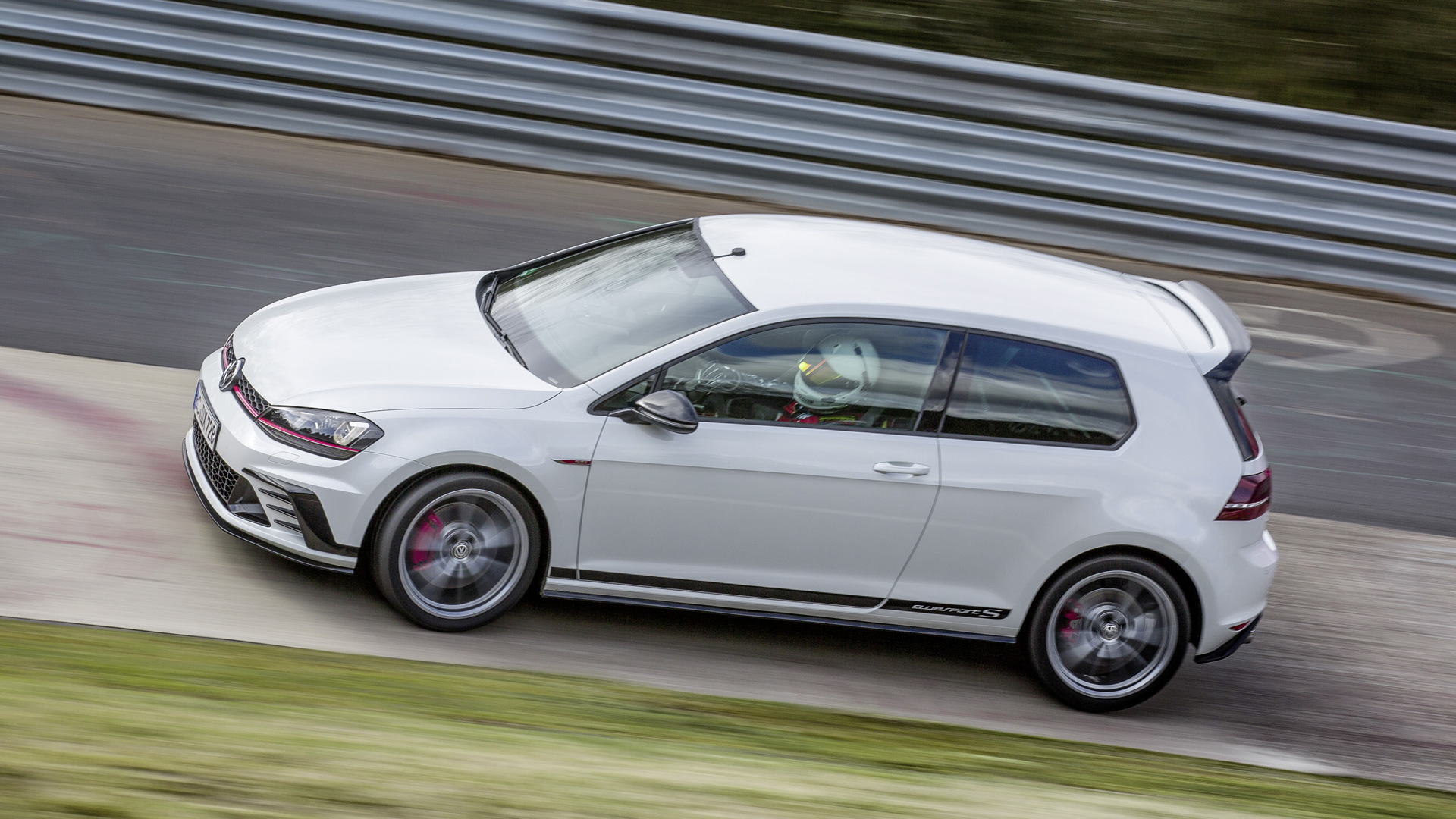 Volkswagen’s GTI is 40 this year and we can think of few better ways to celebrate than the setting of a Nürburgring lap record.

The Clubsport S was revealed today at the annual Wörthersee Tour GTI tuning fest in Austria, where it was also confirmed the car had lapped the Nürburgring in a time of 7:49.21. Doing the driving was German racer Benny Leuchter.

This was enough to nudge Honda’s Civic Type R and its 7:50.63 lap time off the top pedestal. Of course, there’s a new Civic Type R just around the corner and we’re sure Honda will use it to reclaim the record. Note, this record is front-wheel drive cars. The record for all production cars still stands at 6:57 as set by the Porsche 918 Spyder in 2013.

But today it’s all about the Clubsport S. The car is the most powerful Golf in production with its peak output coming in at 306 horsepower and 280 pound-feet of torque. The engine is a turbocharged 2.0-liter 4-cylinder like the one in the regular GTI and Golf R but benefits from specific ECU tuning, a new fuel pump, a less restrictive exhaust and added boost pressure.

Drive is to the front wheels only via a 6-speeed manual transmission. The transmission choice, along with the selection of the Golf’s 3-door body, was chosen to keep weight at minimum. We’re told the car tips the scales at less than 3,000 lb and will sprint from 0-62 mph in 5.8 seconds. The top speed is 162 mph.

Other key modifications include an aero kit, Michelin Sport Cup 2 tires and uprated brakes. Engineers also tweaked the GTI’s electronic chassis control system by adding a setting fine-tuned to suit the unique conditions of the Nürburgring (the track is renowned for its sharp corners combined with numerous bumpers and dramatic elevation changes).

The GTI Clubsport S is an evolution of the tamer GTI Clubsport we saw last year. Production will be limited to just 400 units worldwide and sadly we hear none are earmarked for the United States. To make matters worse, we hear the car’s development has come at the cost of a much more extreme model based on 2014’s Golf R 400 concept.