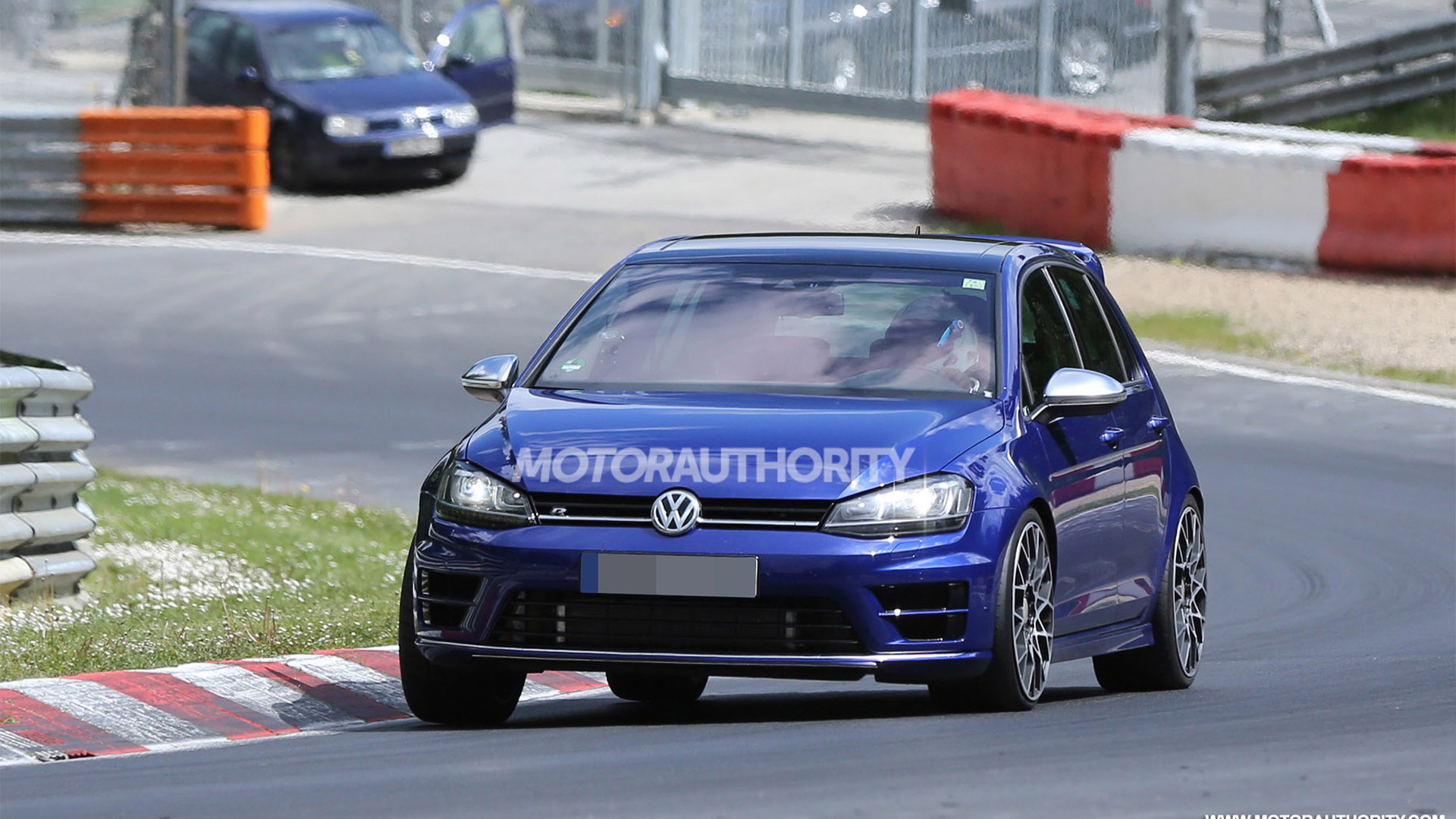 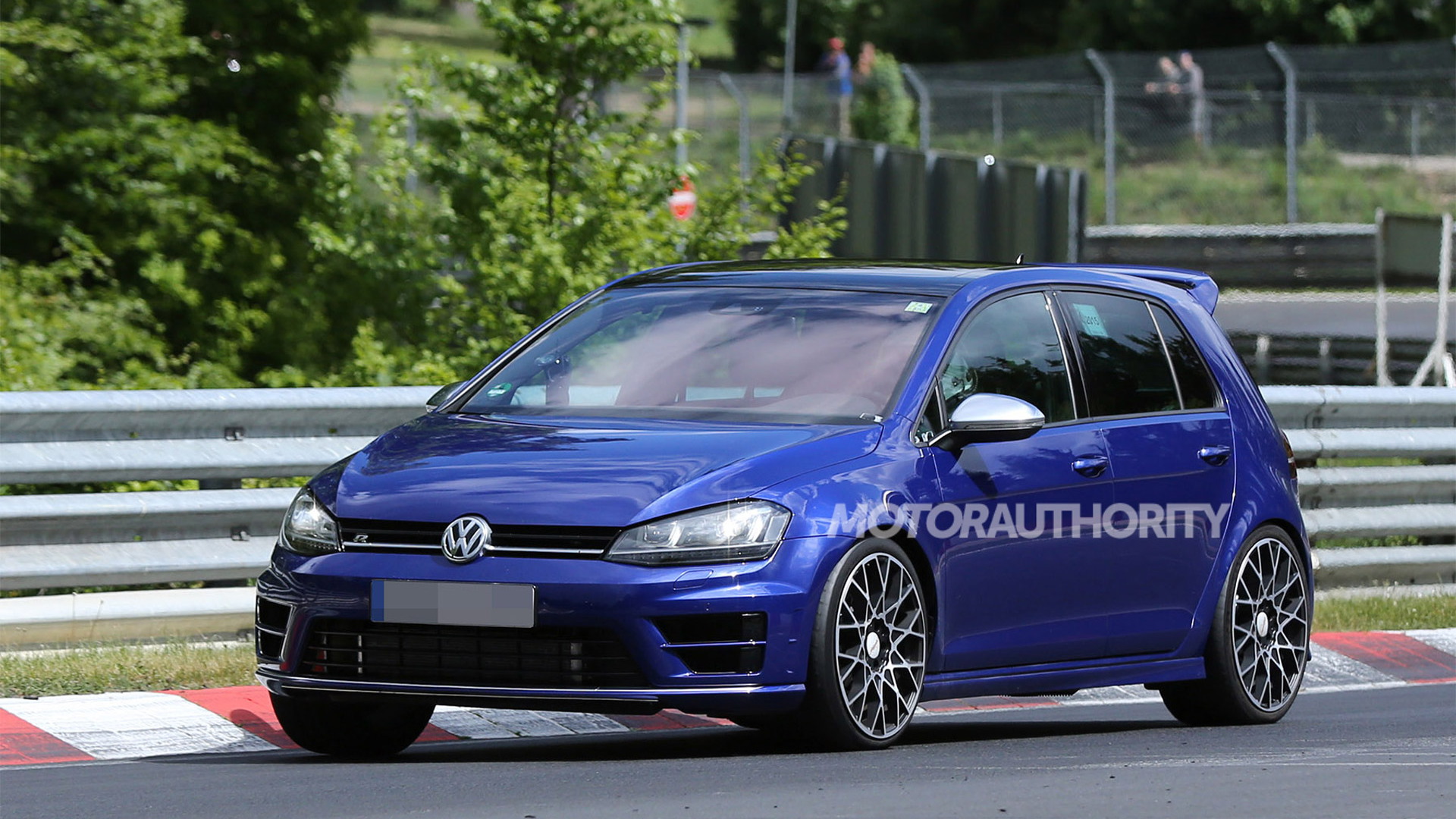 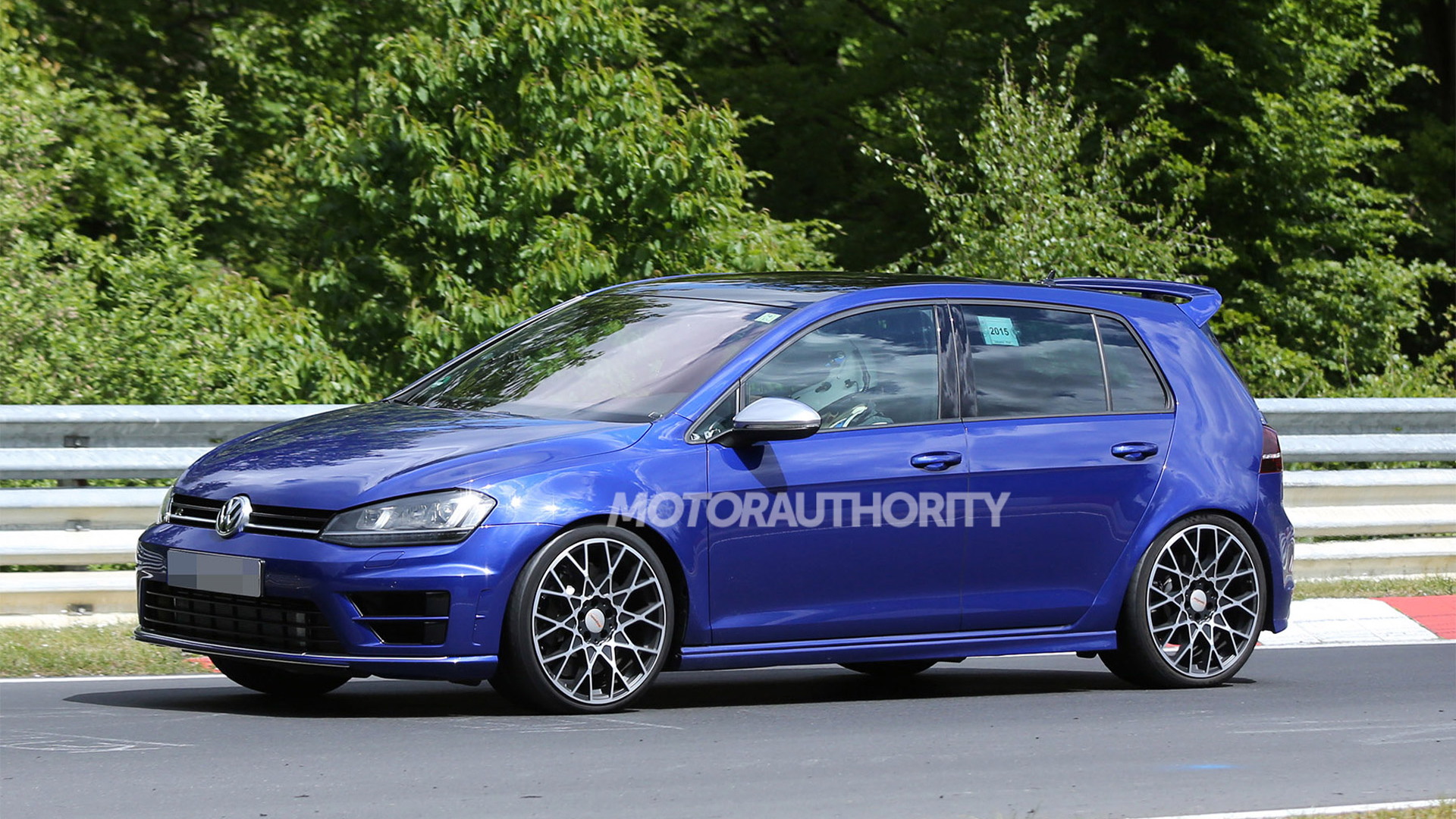 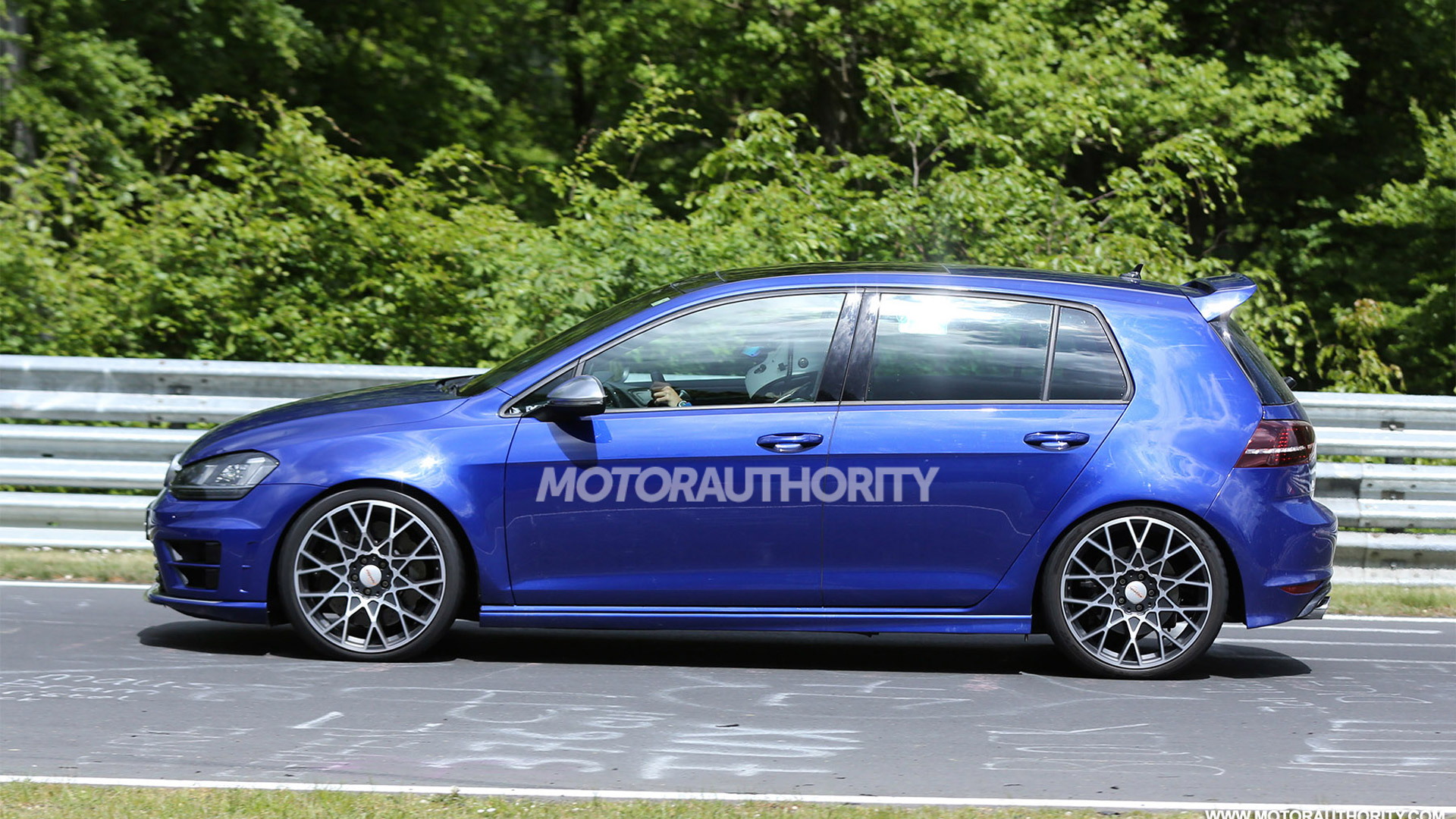 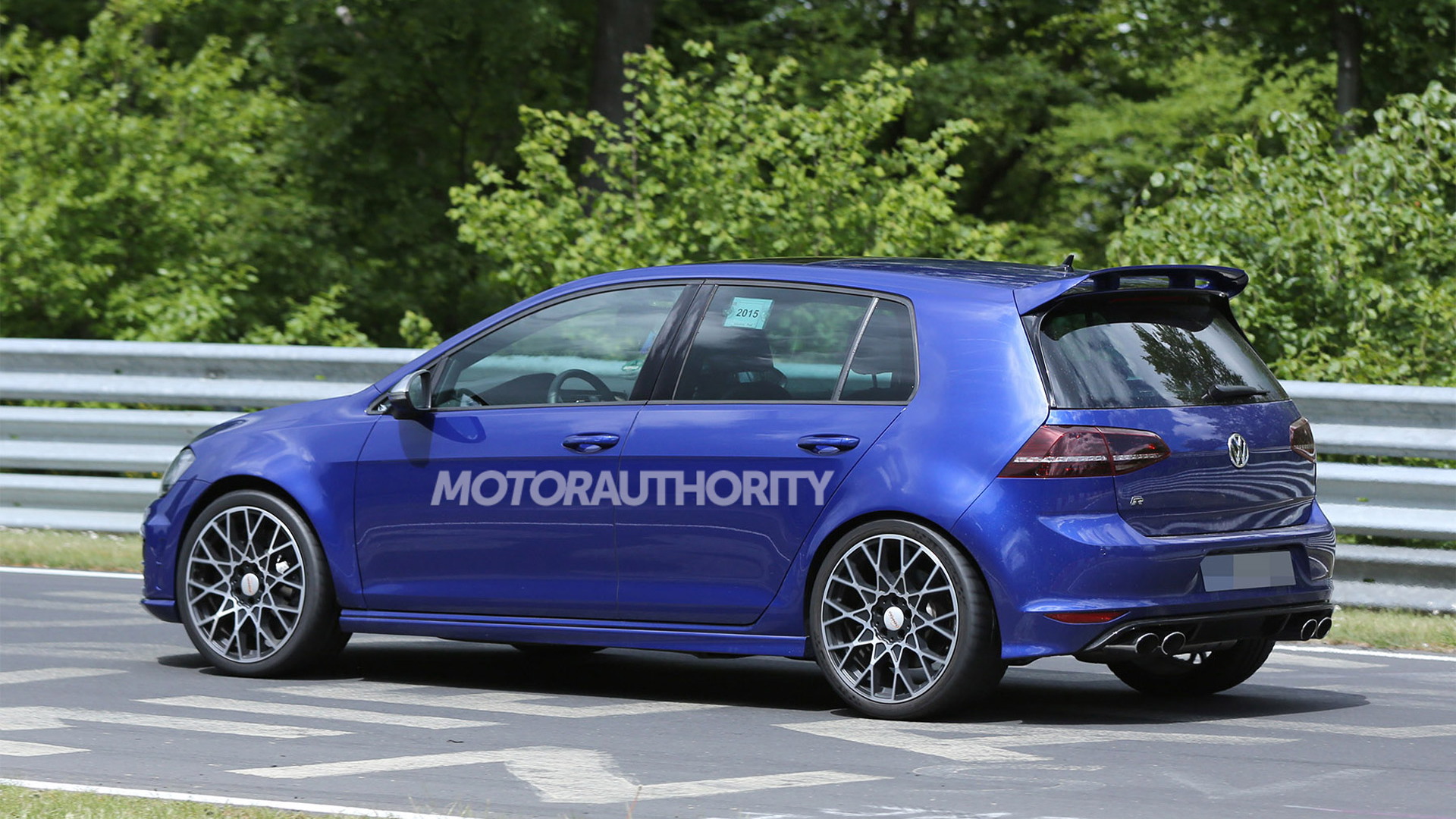 Volkswagen shocked many when it rolled out its 395-horsepower Golf R 400 concept back at the 2014 Beijing Auto Show. But what was more shocking was that the wild concept was quickly confirmed for production. Now we have our first look at what’s almost certain to be a prototype for the production version.

This Golf R testing at the Nürburgring is by no means a standard car. Look closely and you’ll notice pumped fenders housing much wider wheels than your stock Golf R. The bumpers have also been stretched to accommodate the wider stance and there’s a new roof-mounted spoiler at the rear. Finally, it appears the ride height has been lowered, suggesting a more hardcore suspension tune.

Power in the Golf R 400 concept came from an uprated version of the ‘EA888’ 2.0-liter turbo four common to the Golf R and several other VW Group vehicles. Through minor tuning, which included upping the boost pressure from the turbo, VW engineers managed to get output of the engine up to 395 hp (400 horsepower in metric hp, hence the R 400 moniker) and 332 lb-ft of torque. By comparison, the stock Golf R has only 292 hp.

Paired with a six-speed DSG dual-clutch transmission and 4Motion all-wheel-drive system, the 395-hp engine would rocket the Golf R 400 concept to 60 mph from rest in just 3.9 seconds and see it top out at 174 mph. Similar performance should be expected for this production version.

However, it’s not completely certain that the production Golf R 400 will come with four-cylinder power. According to our photographer, this prototype sounded like it was fitted with the VW Group’s 2.5-liter turbo five. If this is the case, then it might be that the production Golf R 400 shares an engine with the next-generation TT RS, which is also expected to run the five-cylinder engine. The Golf and TT already share a platform, so perhaps their respective top variants will also share an engine.

Look for a debut of the production Golf R 400 in the next 12 months.