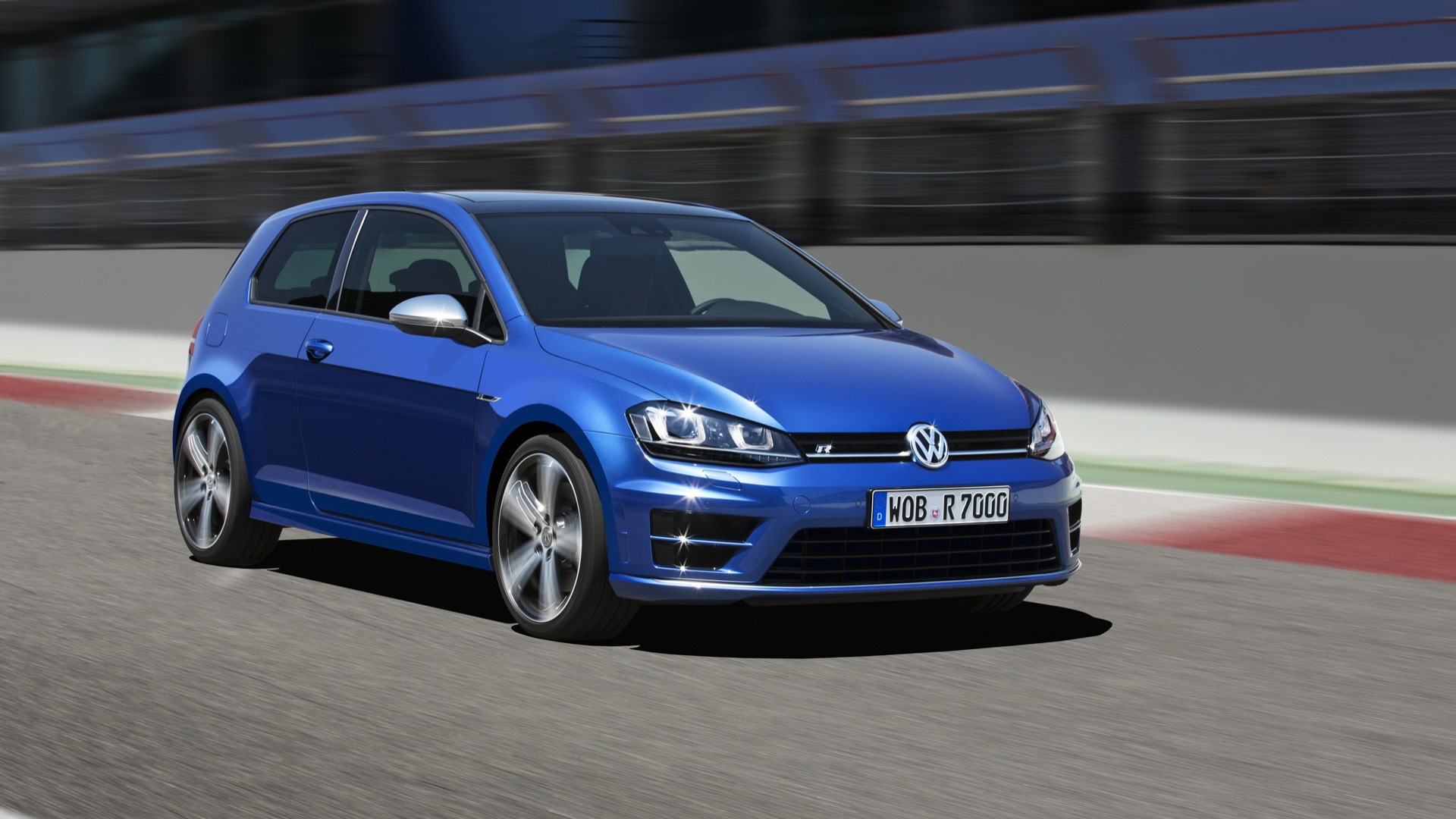 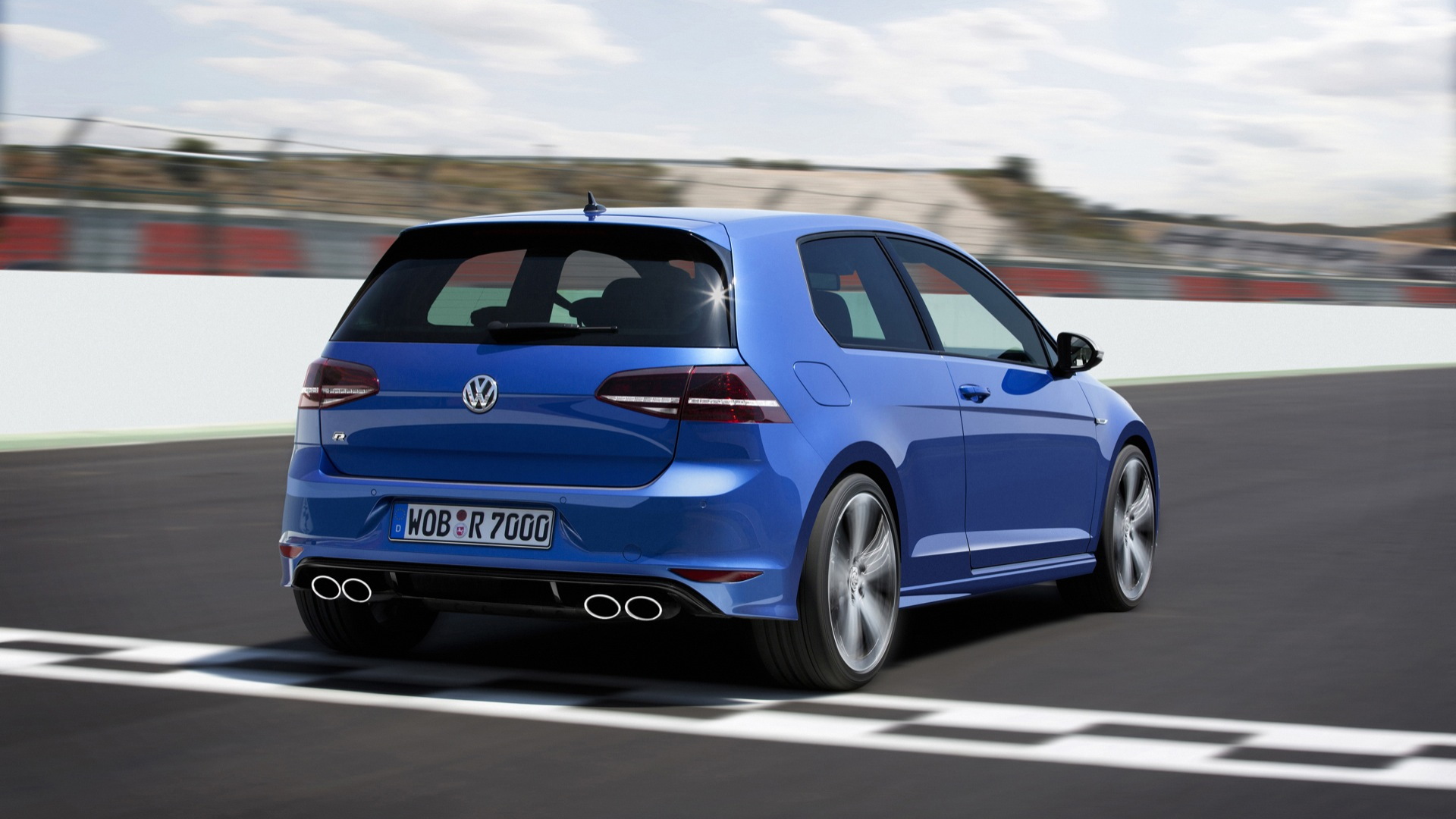 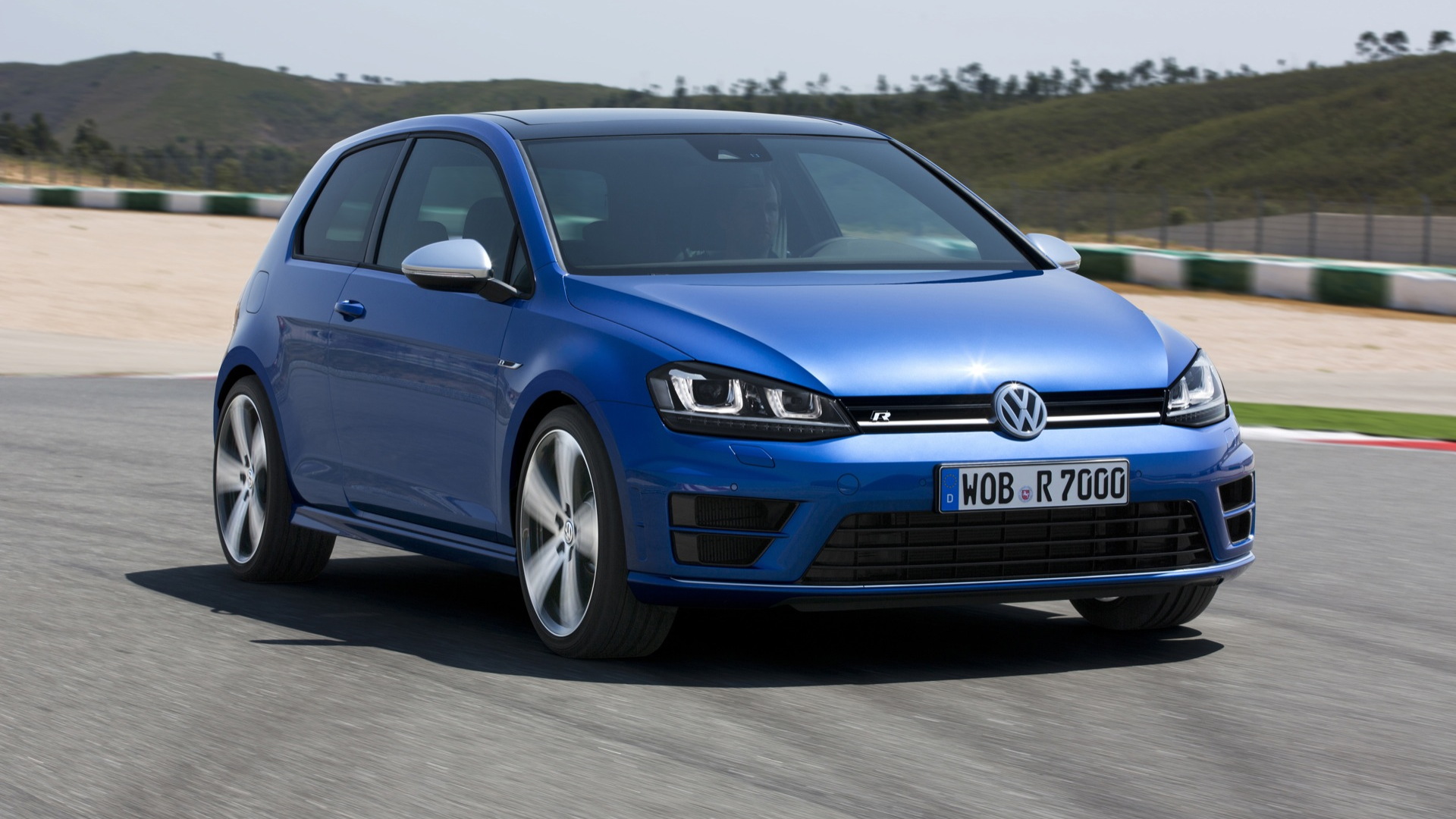 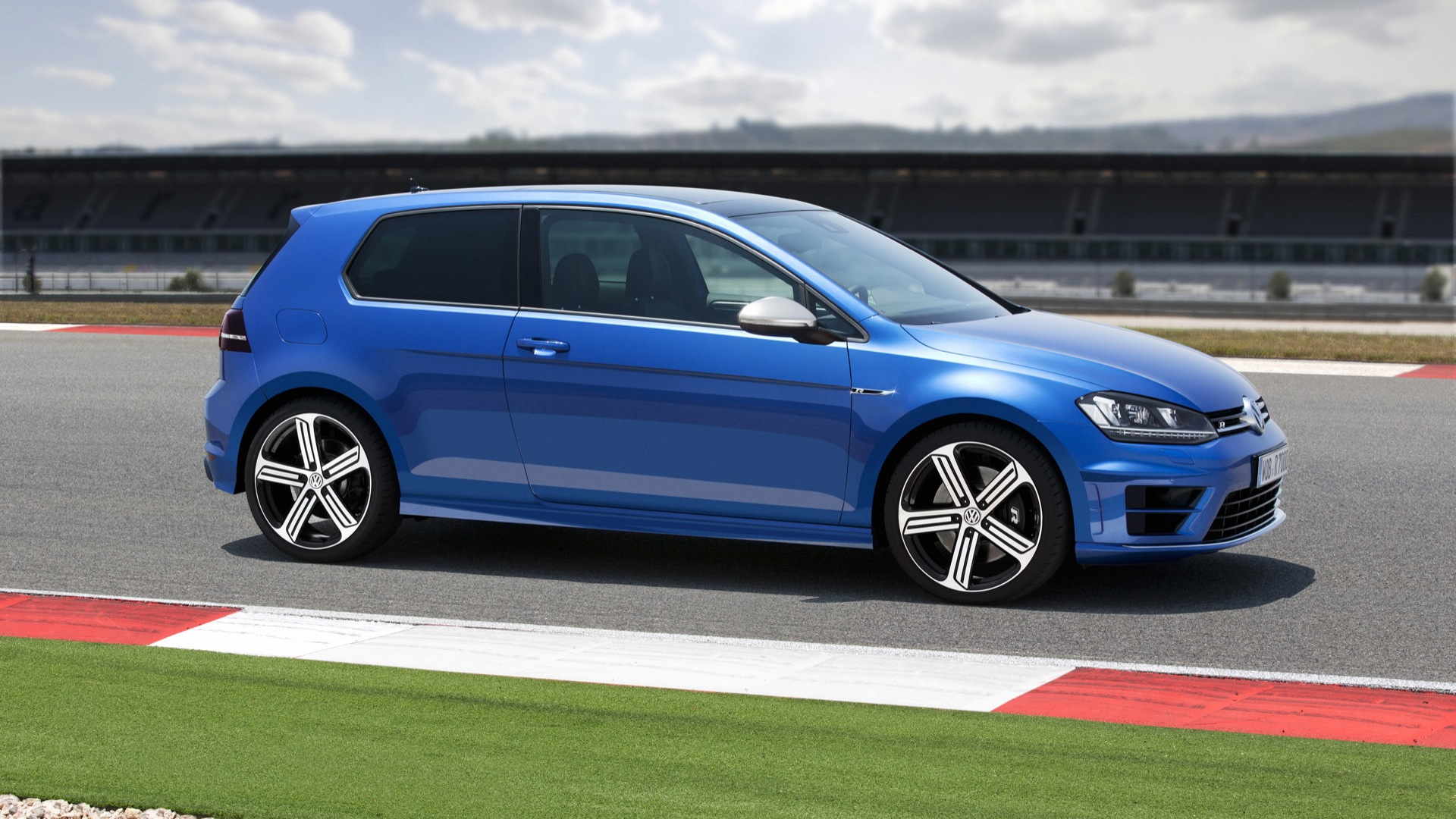 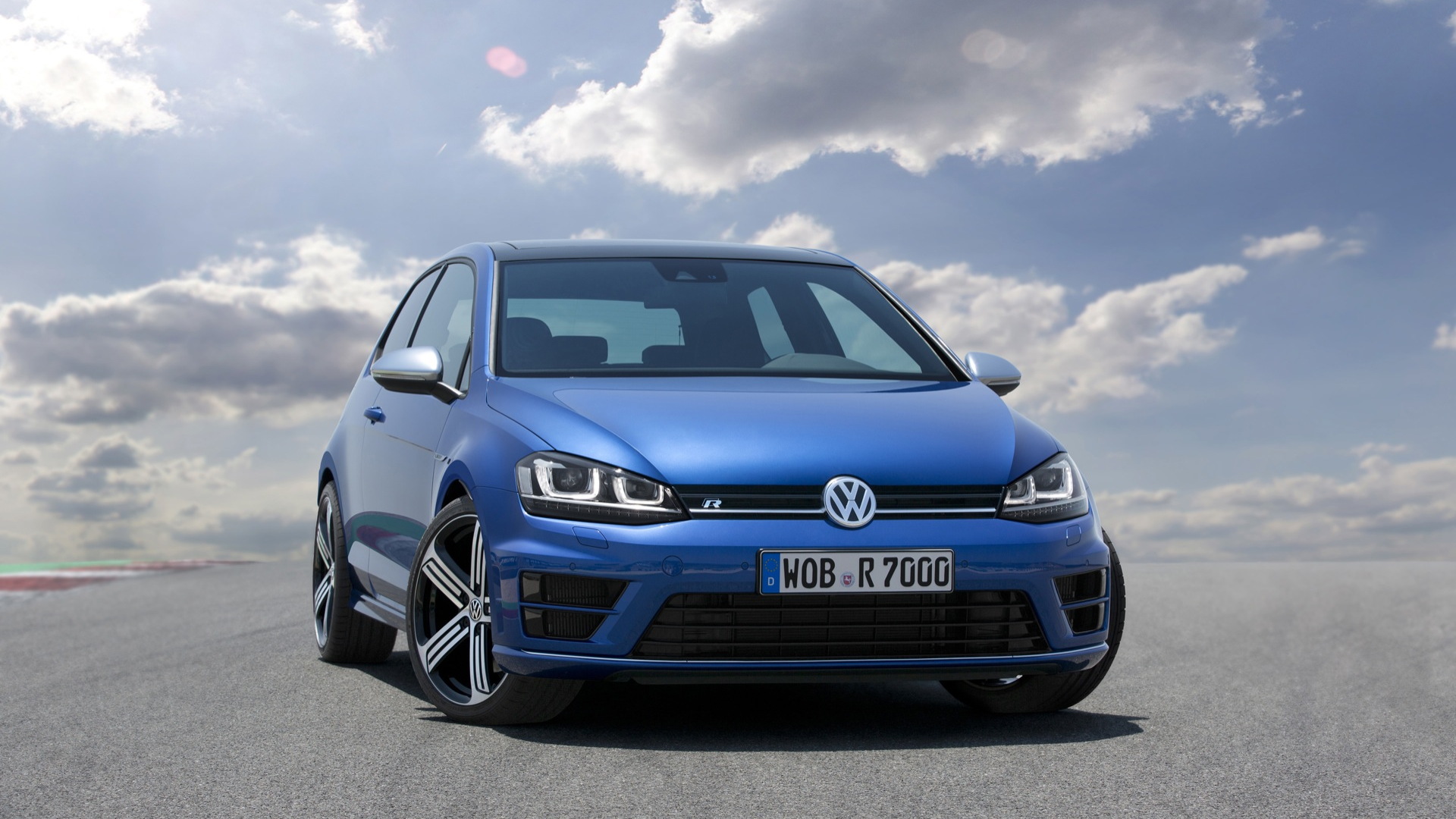 If you asked the average enthusiast if they’d like a 292-horsepower hot hatch with a manual transmission and all-wheel drive, you’d probably be greeted by a big smile and a variation of “Hell yes!”

That’s exactly how we feel about the 2015 Volkswagen Golf R.

MUST SEE: 27-Year-Old That Crashed McLaren P1 Had Car For Less Than 24 Hours

Due in early 2015, the Golf R will, at first, only be available with a DSG dual-clutch gearbox. That’s nothing to sniff at, and for the driver looking for either the most high-tech way to go fast or a great combination of daily comfort and weekend fun, it’s the way to go. But as the Golf R transitions into 2016 model-year sales around August of 2015, it will gain the option of a manual transmission—and that’s where the three-pedal purist will find a magical combination in the Golf R.

And no, my slavering wagonophilic friends, the Variant isn't coming to America.

Driven normally on the street, the Golf R is as civil and friendly as any other Golf. In fact, if you don’t wind the car well up into the upper-middle of the tach, you may not notice any big upgrade from the GTI. But wrap the needle up to 6,500 rpm or so (it runs out of breath beyond that, though the redline doesn’t come until just over 7,000) and the Golf R wakes up. Change the mode to Race, turn off the traction and stability control, and the Golf R more than wakes up—it transforms.

Being able to fully turn off the traction and stability controls will be a welcome feature for North American buyers, who were plagued by a not-quite-fully-disengaged set of electronic nannies in the Mark VI Golf R. Now, with the Mark VII, Volkswagen has decided we can decide for ourselves how lairy we wish to be. That’s a beautiful thing, as the Golf R does lairy very well.

Aiding the German hot hatch’s 292 horsepower and 280 pound-feet of torque in the pursuit of performance is a Haldex-based 4MOTION all-wheel-drive system that can transfer up to 100 percent of torque to the rear wheels on demand. The result is a Golf R that can scramble to 60 mph in under 5.0 seconds.

The Golf R can turn, too, of course. And it turns very well indeed when outfitted with the Dynamic Chassis Control adaptive damping suspension, which firms up body control without compromising daily comfort. With the electro-nannies out of the way, the Golf R’s chassis demonstrates a very well-balanced nature, rotating into and through corners with ease, provided the driver takes into account the rather large chunk of the car’s curb weight sitting over the front axle. Electronic differential locks contribute to this neutral, rotation-willing behavior, using the brakes to help distribute power not just for acceleration, but for managing cornering loads, too, taking away much of the understeer that would otherwise be present.

All of this technology is wrapped in a shell that’s just slightly larger than the Mark VI Golf R, including another 2.1 inches of wheelbase, 2.6 inches of overall length, 0.2 inches of width, and, most importantly more interior space—at least horizontally. Shoulder room is up 2.9 inches in the front row and 3.9 inches in the rear, though leg room remains essentially identical. Along with the increased size and comfort comes a range of features more commonly found in the entry-luxury segment, such as heated front seats, leather upholstery, automatic climate control, a power driver’s seat, and LED daytime running lights. Despite all the equipment, the Golf R tips the scales at just 3,283 pounds in manual form (at least in Euro specifications--U.S. manual model weight hasn't been disclosed yet). With the DSG, the Golf R weighs 3,340 pounds.

Of course, this all comes at a price. The 2015 Golf R kicks off at $36,595 in its first-year form, with the dual-clutch DSG gearbox. There is room to upgrade, however: add the DCC and Nav packages and you’ll upgrade from 18-inch to 19-inch wheels, gain a navigation system, plus DCC adaptive damping, Fender Premium Audio, and front and rear park distance controls—for a price of $39,090 with the DSG. If you opt for the manual transmission once it becomes available, you’ll save some cash—about $1,100 on each version. Add $820 in delivery fees to the price for on-the-lot figures.

Despite the nearly $40,000 price tag, the Golf R makes a compelling case for itself in a segment where very few cars remain to play. The Subaru WRX and STI are the main contenders for the all-wheel-drive, turbocharged, stick-shifted enthusiast-mobile, and while the WRX at least is considerably less expensive, it’s also considerably more utilitarian in its materials, equipment, and looks. The Golf R not only shirks the Boy Racer aesthetic, it upgrades to more grown-up levels of comfort and feel.

But flip the right switches, hit the track, and let the Golf R rip and it will set the tires screaming—and set the driver smiling, shouting their own “Hell yes!