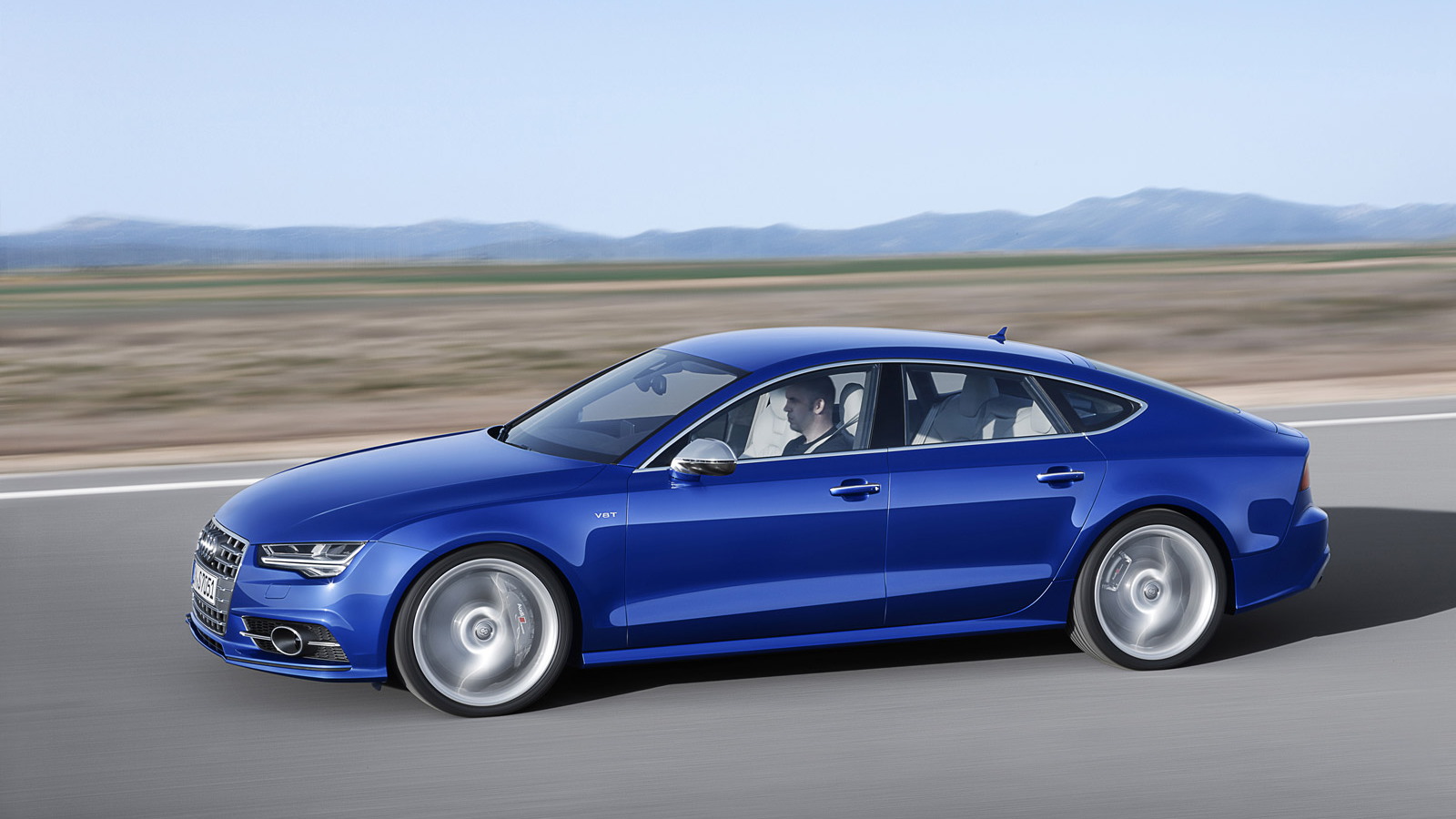 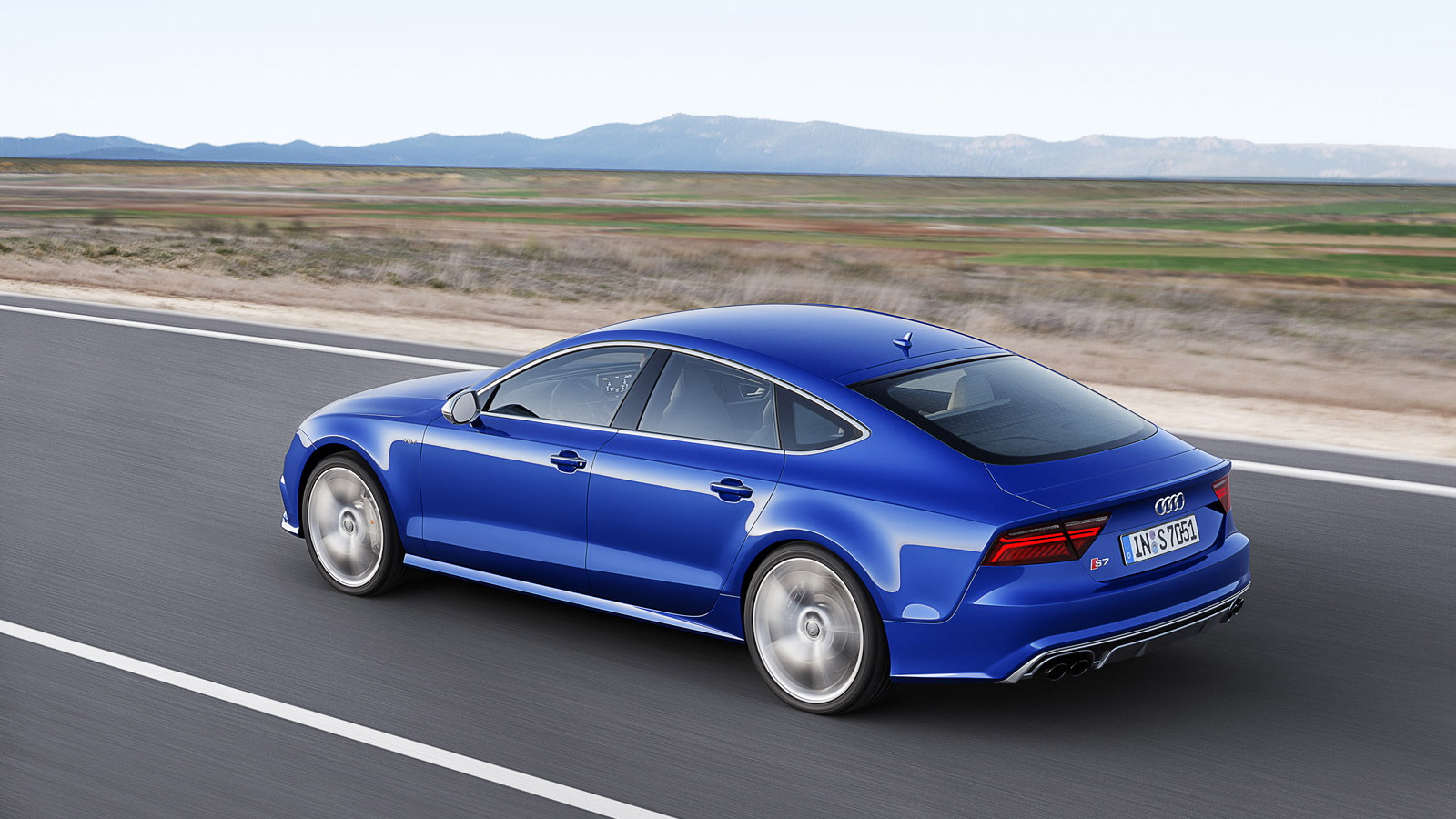 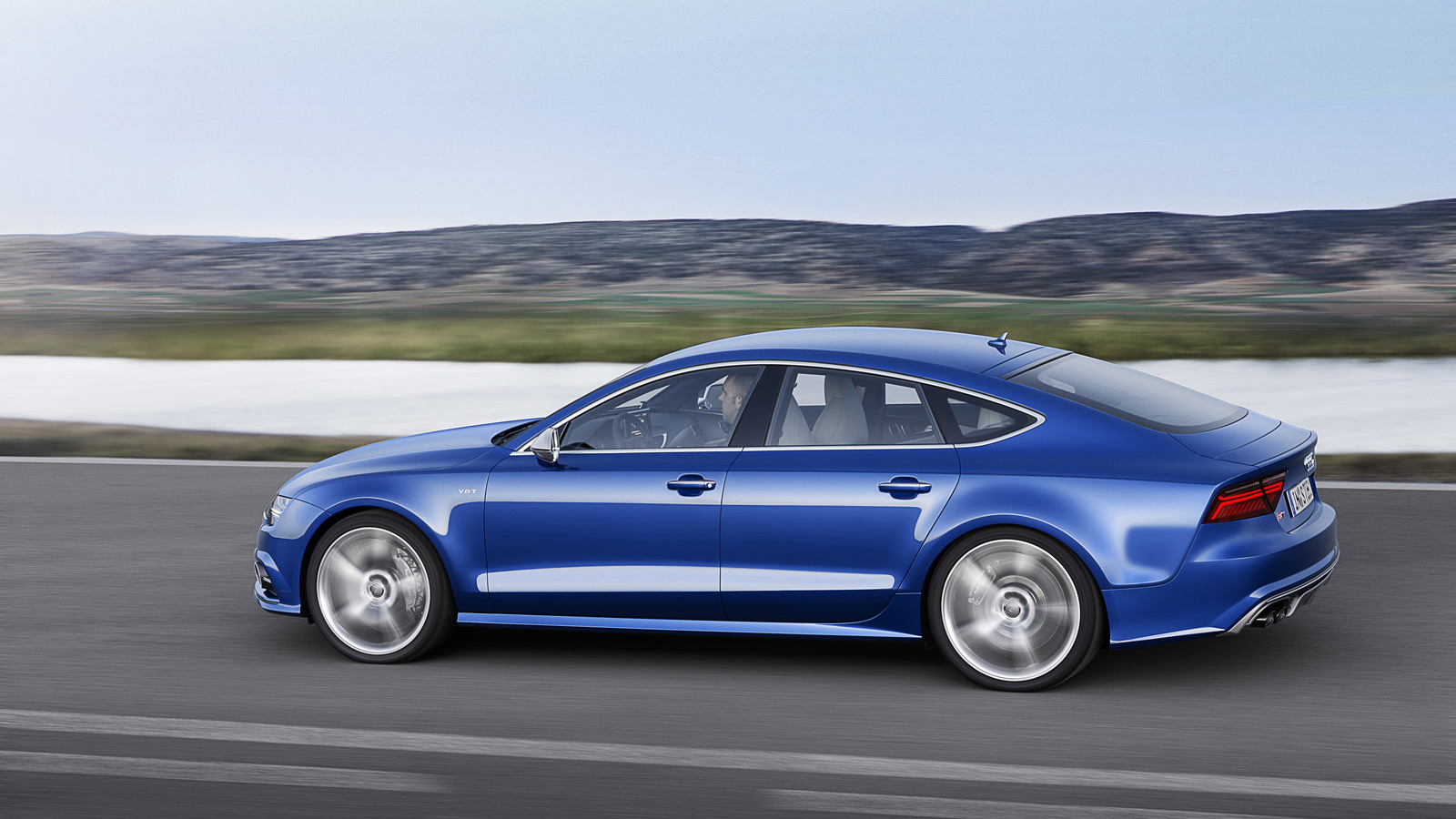 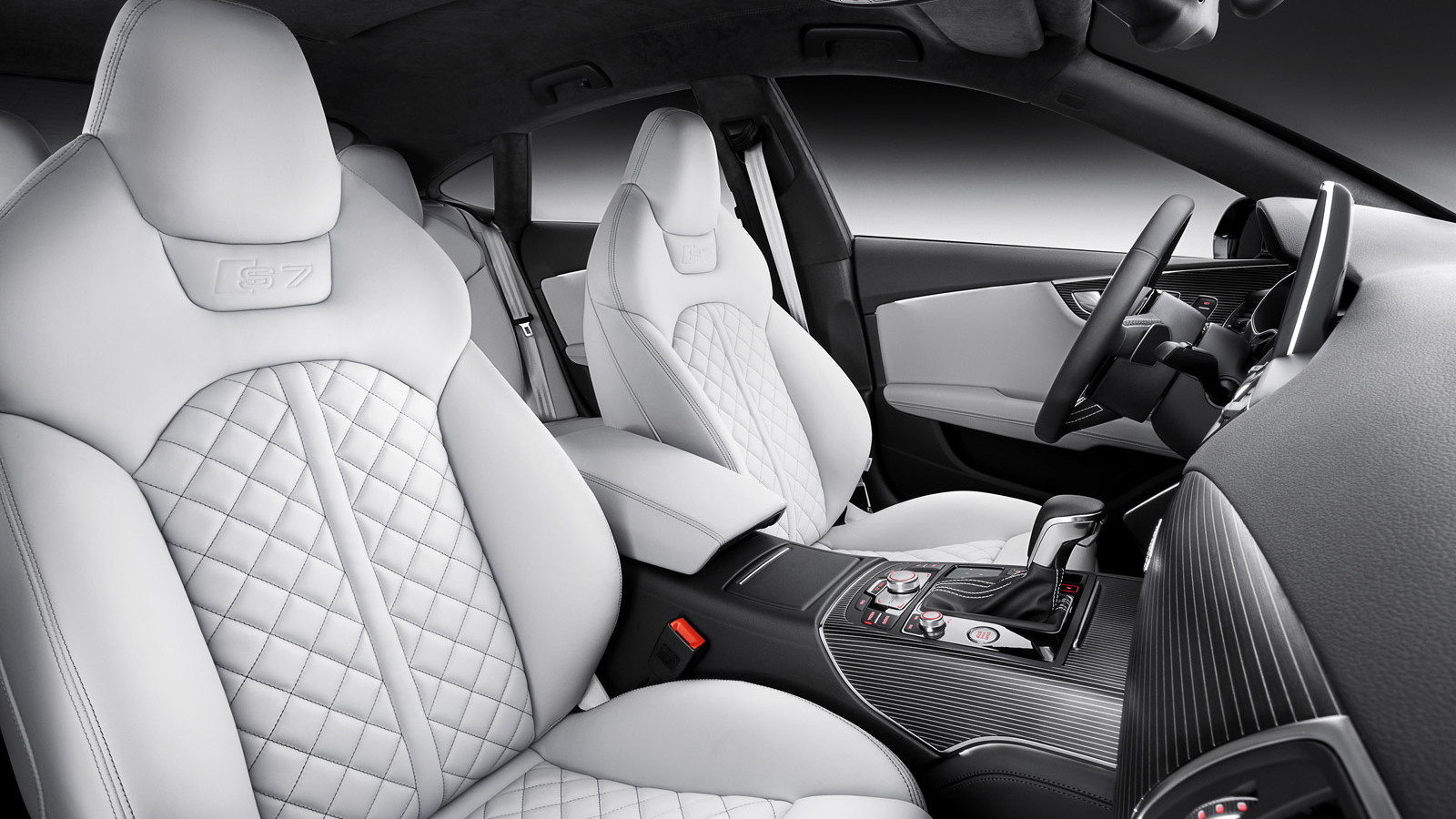 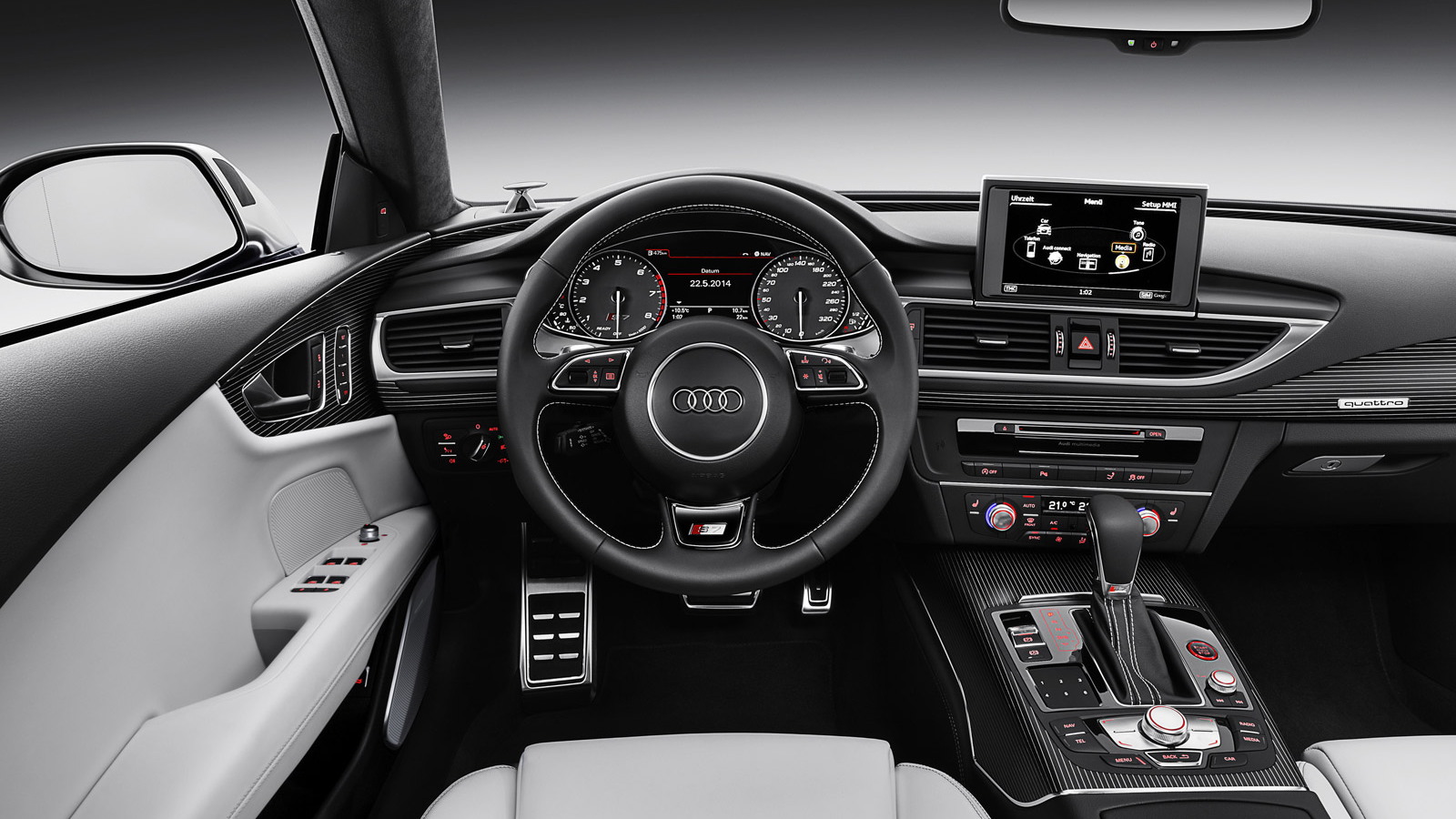 Depending on your viewpoint, Audi’s adherence to a single, consistent design theme across its entire range, from tiny coupes to large sedans, may seem either brilliant in its message or boring in its monotony.

Whatever the case, however, the 2016 updates to the S6 and S7 sport sedan and hatchback are minor, visually, but significant under the skin.

At the nose of the new S6 and S7 you’ll find the same set of updates: the grille gets some new depth and slightly altered dimensions, as well as a chromed treatment (which can be optionally deleted for gloss black); the front splitter is slightly reshaped. The headlights get new daytime running light accents, as well. As a result of these changes, Audi says everything at the front, below the hood cut line, is new.

Swinging around to the rear of the car, a new honeycomb mesh insert in the rear bumper accents the S6 and S7’s sportiness; the S7 gets new trapezoidal exhaust outlets, while the S6 gets redesigned quad round outlets; and the tail lights are entirely new, just as they are on the new A6 and A7.

Inside the car, the S6 and S7 continue their nearly-identical-but-for-the-hatch theme, with HUD-equipped models getting a redesigned HUD housing; upgraded buttons and controls for better look and feel; and aluminum-look window and seat controls.

For those obsessed with technology, the MMI system also gets a range of upgrades, some of which extend all the way into the LCD display in the instrument panel, between the analog gauges. Here, the MMI system can now display Google Earth data as well as driving directions, car information, and much more.

The MMI system itself is also much upgraded, now with twice the processing power thanks to the Tegra 30 processor at its core.

A rise of 30 horsepower from the previous version’s 420 hp to the 2016’s 450 hp is significant, and all the more so thanks to the ample torque on demand at any point in the rev range. Paired with the seven-speed S tronic dual-clutch transmission, also slightly upgraded for the 2016 model year, the 2016 S6 and S7 are provably quick.

The S6 and its twin-turbo V-8 scamper to 60 mph in just 4.3 seconds—a figure the S7 matches. That’s a scant 0.6 seconds slower than the RS 7, and the wall of thrust moving the cabin forward through space feels more than ample.

But what does all this mean for the driver?

Ultimately, it means Audi has taken a second pass at refining an already excellent car, and that means that everything that was good before is just a little better; things that may have annoyed are now just quirks. One thing that hasn’t changed: the MMI controller still rolls backwards. No matter how many Audis I drive or how much time I spend in them, my brain just can’t accept this orientation.

Behind the wheel, the S6 and S7 both deliver refined, confident ride and handling. The steering doesn’t communicate much, but then this isn’t a weekend warrior—it’s built for the daily grind, with a big splash of fun along the way. The adaptive suspension smooths out the ride around town, and tightens itself up for more spirited driving; the dynamic settings for throttle, transmission, and engine response likewise mellow or brighten the S6 and S7 with electronic ease.

When can I get one?

Audi will announce pricing, gas mileage, and other key details closer to the car’s launch in the spring of 2015, but we expect pricing to hold fairly steady, and gas mileage may even creep up a few percent despite the rise in power.