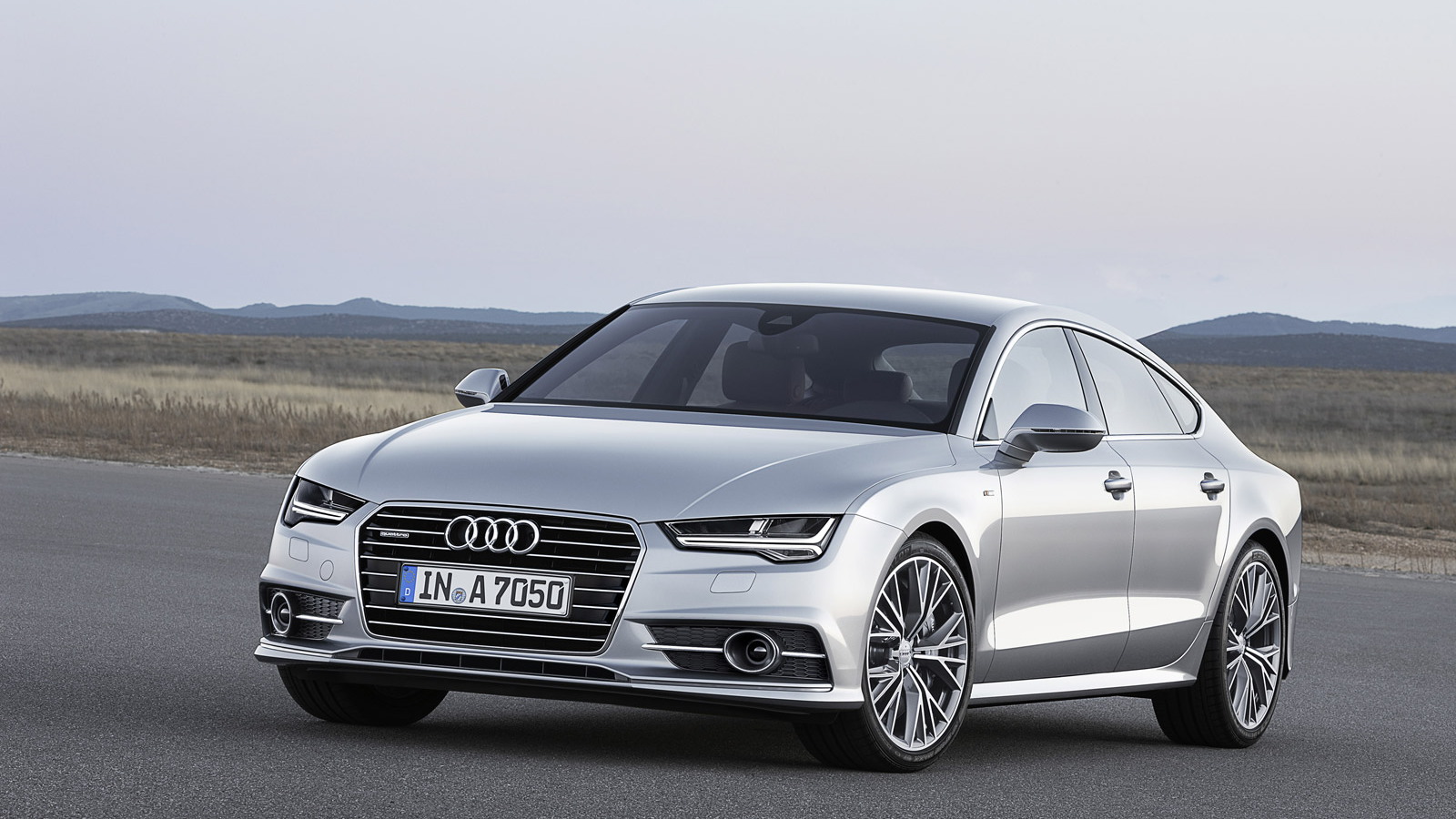 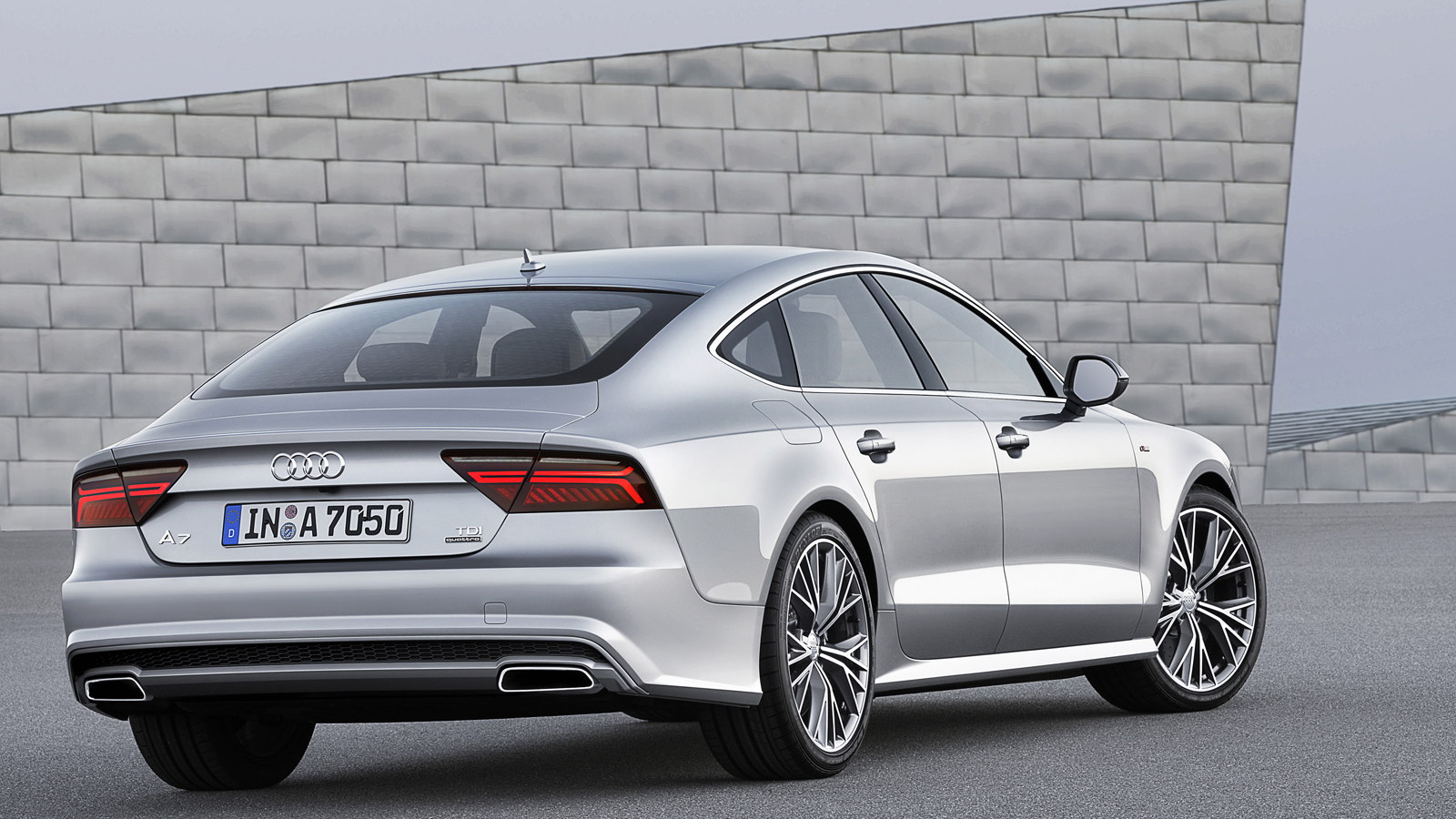 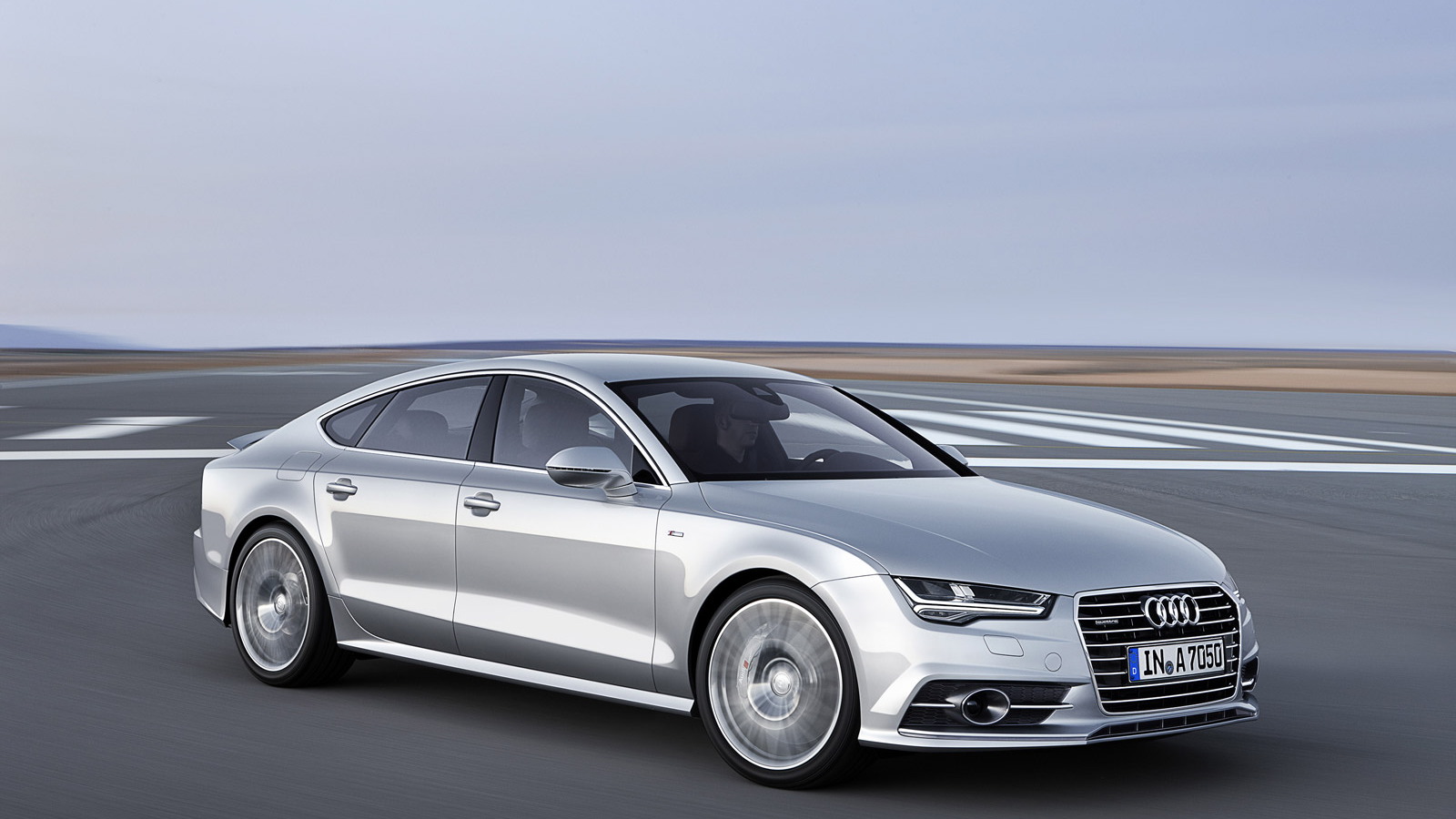 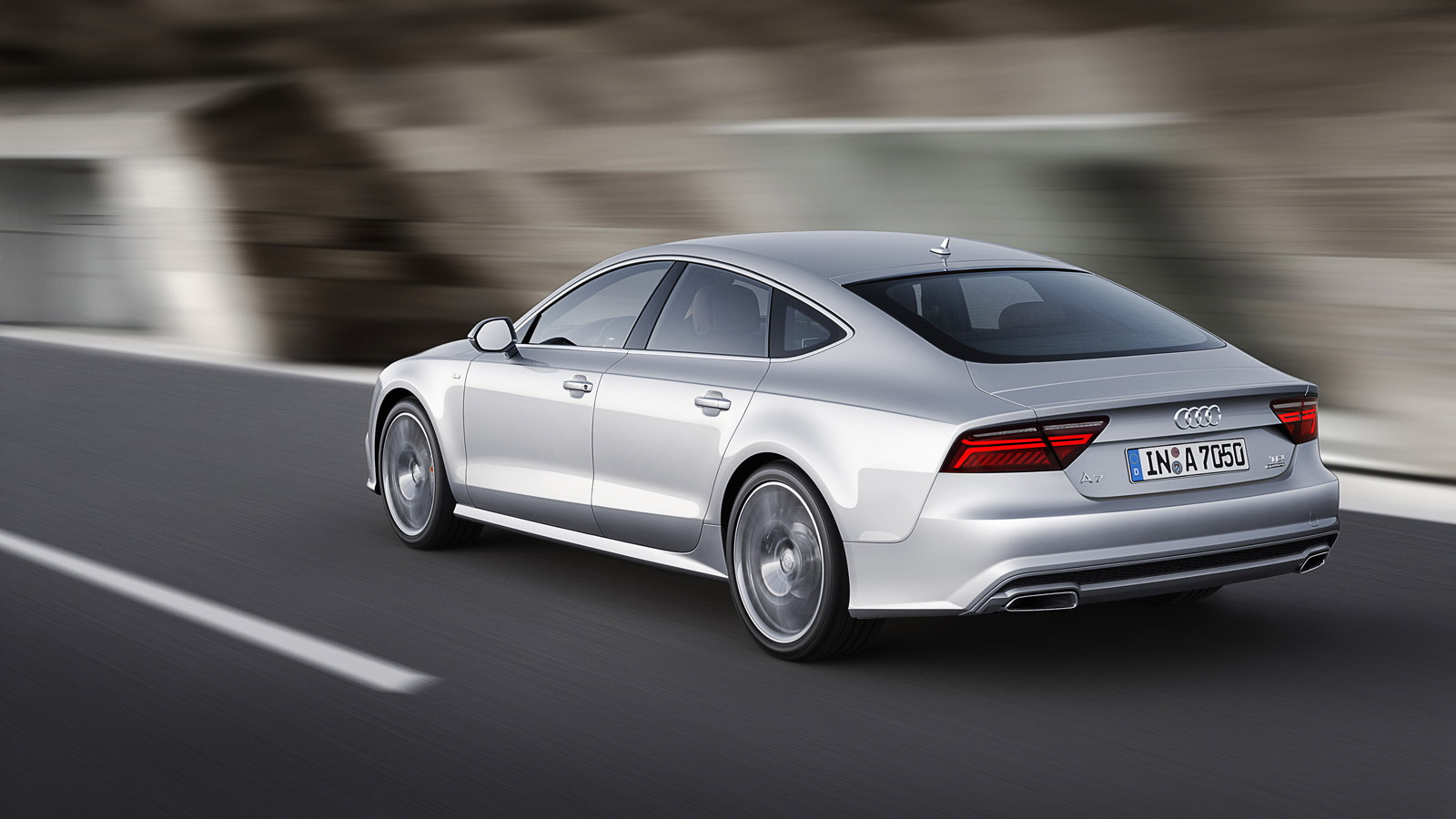 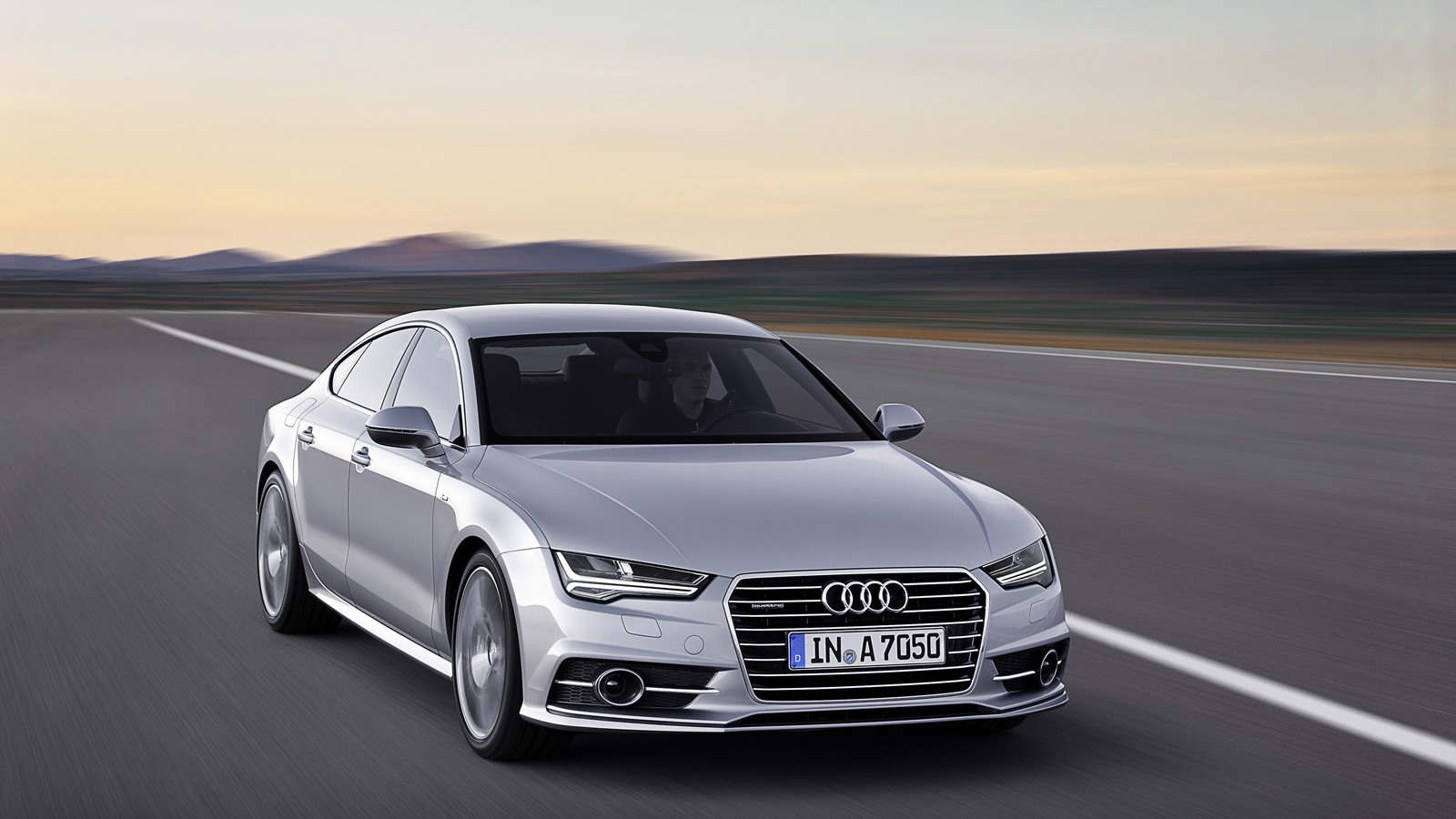 37
photos
Audi’s A6 and A7 have just received their respective mid-cycle updates, with the updated cars shown for the first time at the recent 2014 Paris Auto Show. They’re set to make their U.S. debut next week at the 2014 Los Angeles Auto Show but we’ve already got all the details.

The cars are being introduced for the 2016 model year and will bring to the table more power and tech features. They will also bring some slightly revised styling, though the changes will be hard to spot unless you’re a true Audi fan.

For the exterior, the changes include new headlights, new bumpers, a more aggressive singleframe grille, and squared-off exhaust tips. Inside, buyers will have new color options to choose from as well as a special carbon fiber-like trim with contrast stitching. This new trim is standard on the sporty S6 and S7 models, which receive the same updates as the regular A6 and A7.

In terms of tech, the cars will feature some new electronic driving aids in their options lists. These systems will include adaptive cruise control with stop & go traffic crawling, blind spot and lane keep assist, enhanced night vision, and Audi pre sense active braking. A head-up display will also be available.


The infotainment system has also been updated, with the MMI navigation plus with MMI touch now coming with a power-retractable, eight-inch monitor. In addition to touch control, the system integrates voice control and Bluetooth connectivity. High-speed 4G LTE connectivity with an integrated Wi-Fi hotspot will also be available.


In the engine department, the 2016 A6 will continue to be offered with the outgoing model’s 2.0- and 3.0-liter gasoline engines and 3.0-liter TDI diesel. The 2.0-liter unit for 2016 produces 252 horsepower and 273 pound-feet of torque, as opposed to the outgoing model’s 220 hp and 258 lb-ft. This base engine is still available with front-wheel drive, where it’s paired with a new seven-speed S tronic dual-clutch. Opt for quattro all-wheel drive and the transmission is the older eight-speed Tiptronic automatic fitted to the rest of the 2016 A6 range.Upgrade to the 3.0-liter gasoline model and you’re looking at an output of 333 hp and 325 lb-ft. Torque on this model is unchanged but power is up by 23 hp. And for the 3.0-liter TDI model, output is 240 hp and 428 lb-ft, which is unchanged from the previous year. Finally, the 2016 S6 gets 450 hp and 406 lb-ft from its 4.0-liter V-8, which is up 30 hp on the outgoing model. The S6 also gets the dual-clutch ‘box as standard and is available with a sport exhaust system.   The 2016 A7 is available with the 2016 A6’s 3.0-liter gasoline and diesel engines, and all-wheel drive is standard across the range, as is the eight-speed Tiptronic automatic transmission. The 2016 S7 benefits from the 2016 S6’s 450-hp engine and dual-clutch transmission. For 2016, the RS 7 receives the same visual updates as the rest of the 2016 A7 range, and its 4.0-liter V-8 engine keeps its 560 hp and 516 lb-ft output and remains paired with the Tiptronic auto.