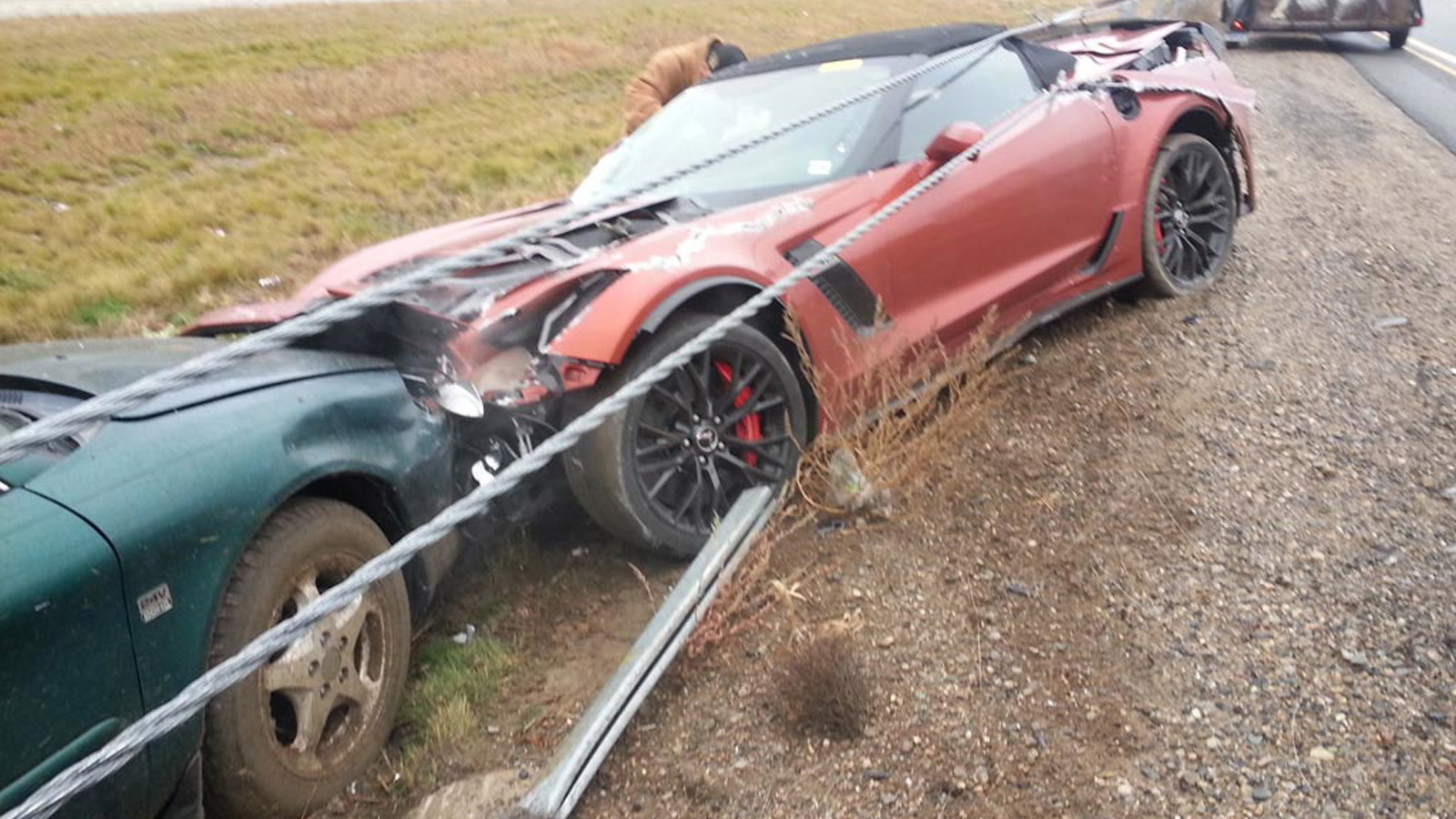 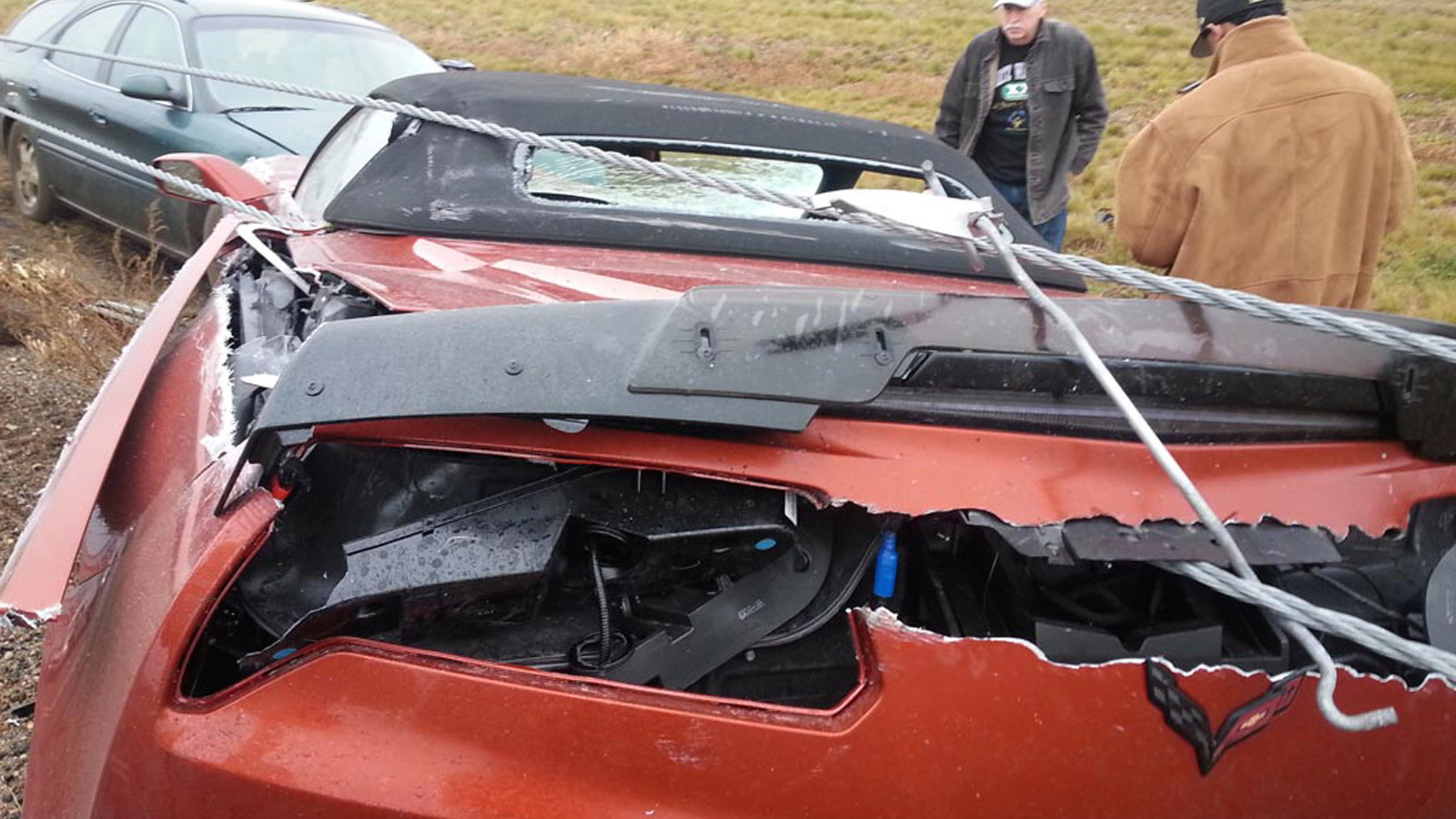 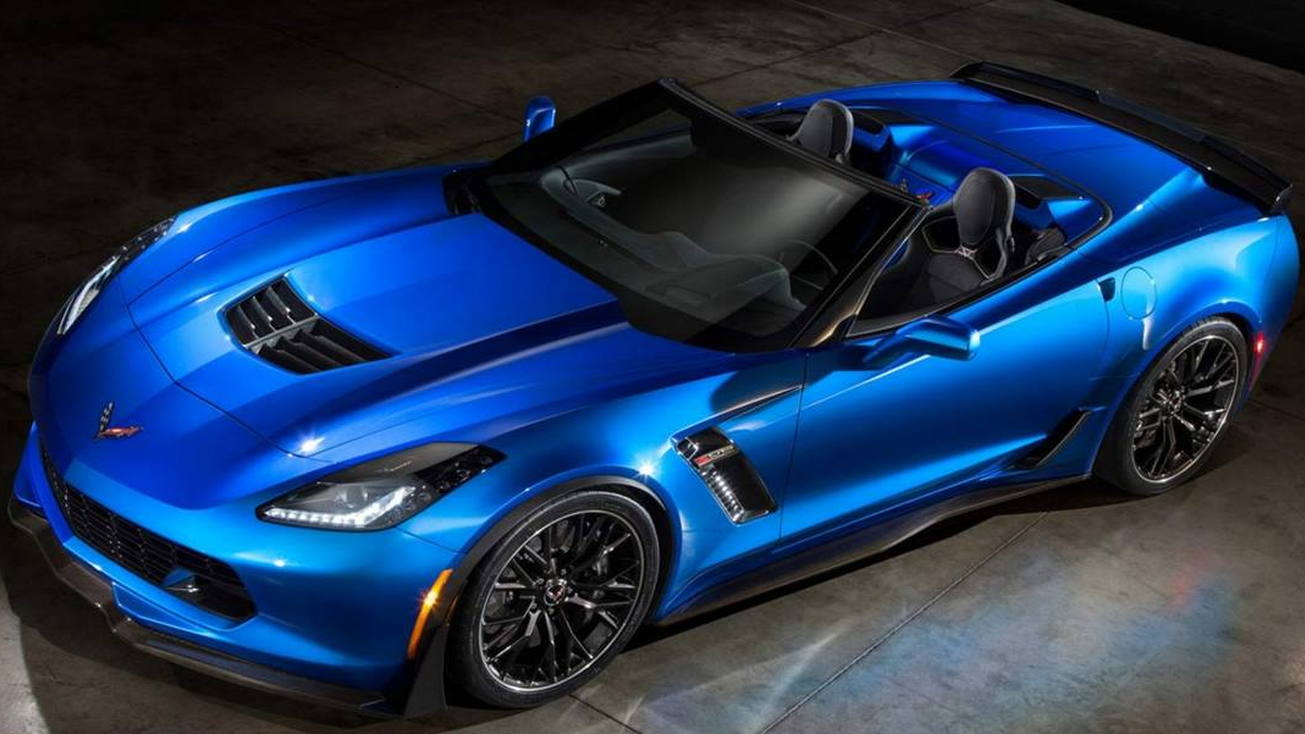 The 2015 Chevrolet Corvette Z06 is yet to go on sale but has already suffered its second crash, this time in its convertible bodystyle. This makes the latest crash, which took place on a wet highway near Jackson, Michigan, the first for the 2015 Corvette Z06 Convertible. The previous crash involved the coupe and occurred during Nürburgring testing.

According to onlookers, the 650-horsepower sports car spun while driving down the highway and came into contact with another car. Both cars then proceeded to slide into a wire fence which appears to have sliced its way through the Corvette like a hot knife through butter. Fortunately there were no serious injuries reported.

This particular Corvette Z06 Convertible is equipped with the car’s Z07 Performance Package and finished in the new Daytona Orange Sunrise paint scheme. It’s also wearing manufacturer plates so is likely to be a pre-production unit being used for final validation. As sad as it is to see it in this state, being a pre-production unit it was likely to end up in the crusher regardless.

Production of customer cars is expected to commence in the next month or two. Chevy has previously stated that deliveries of the 2015 Corvette Z06 will commence in early 2015.

Head over to Corvette Blogger for more photos taken at the crash site.