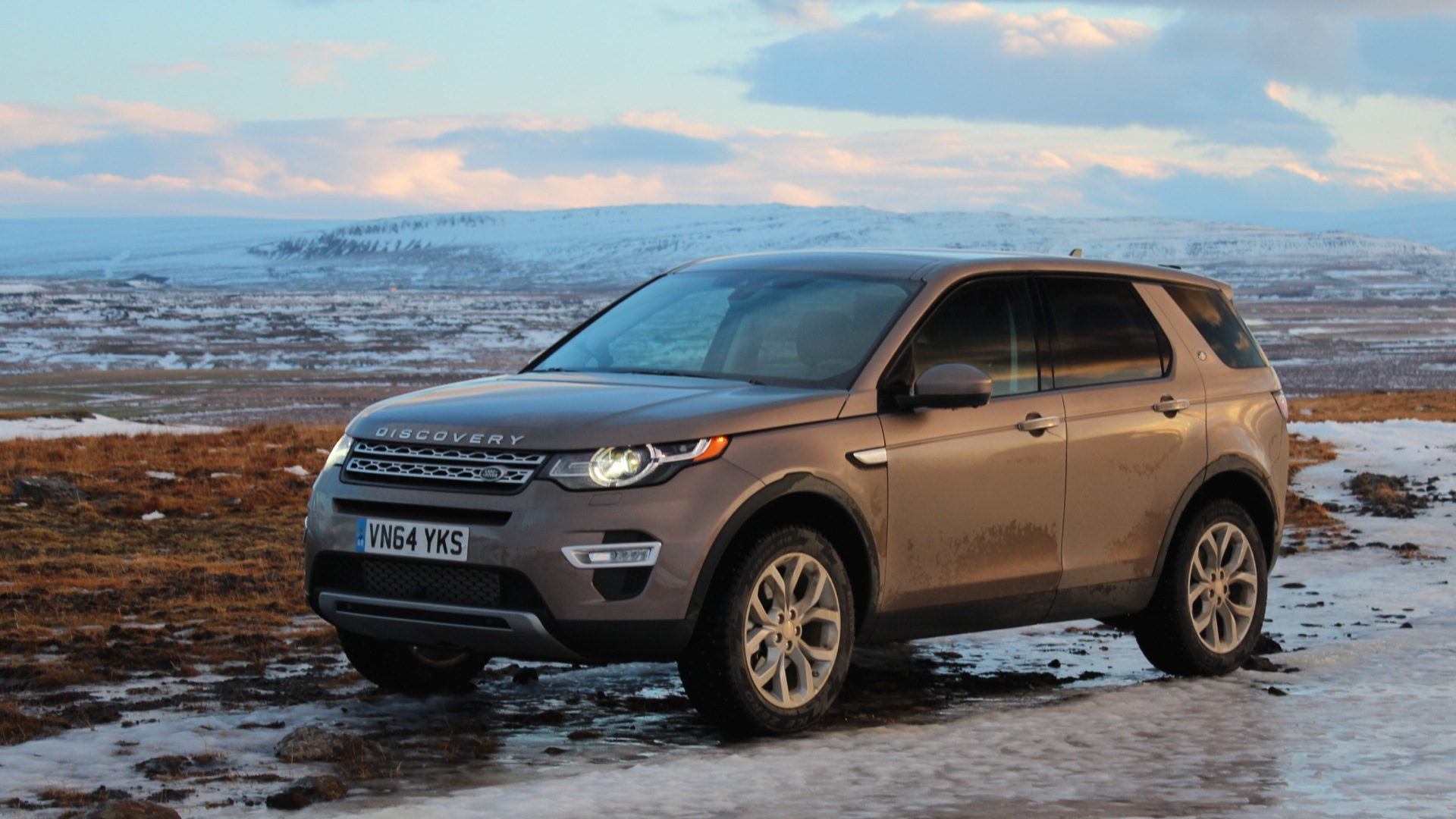 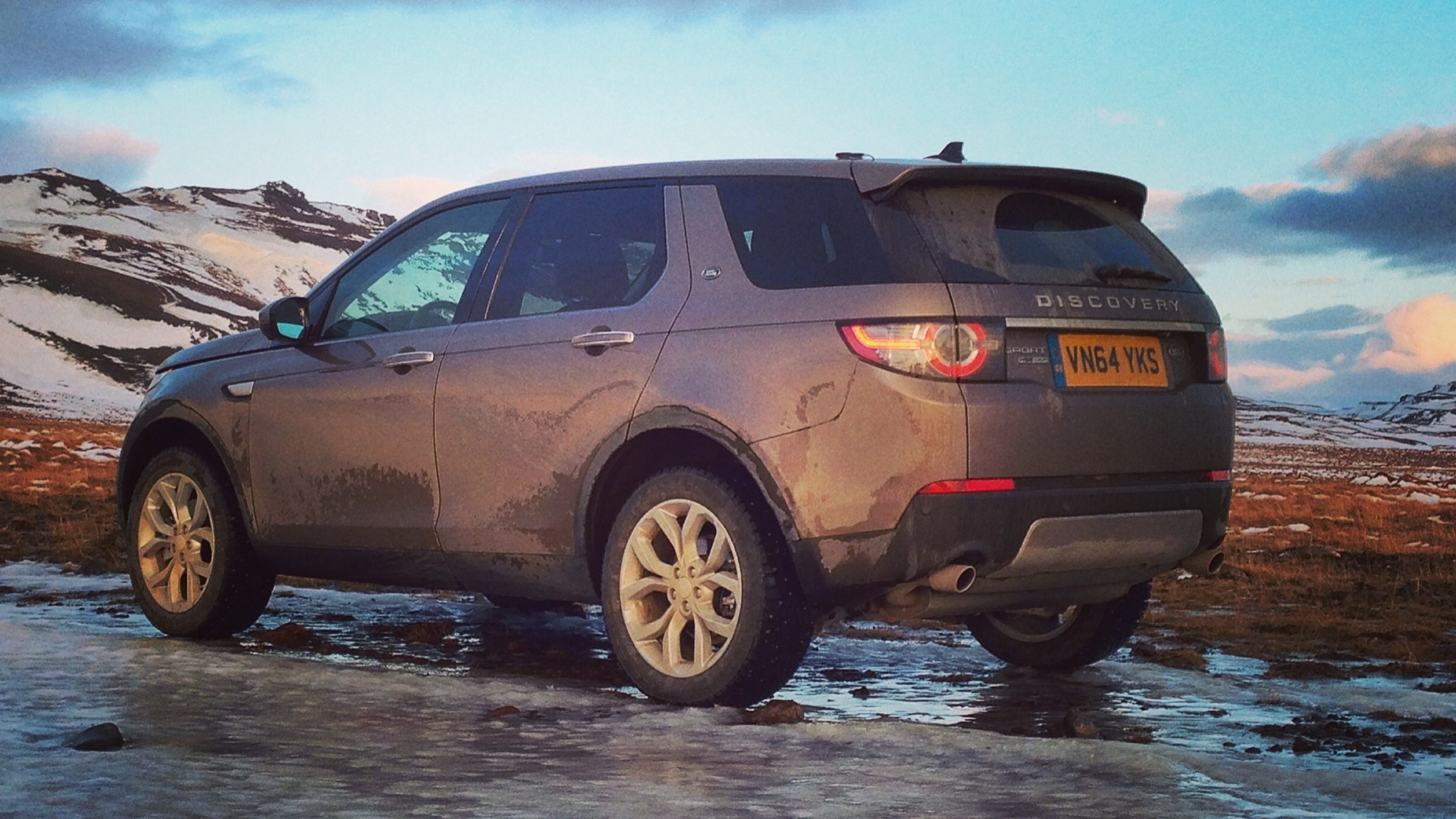 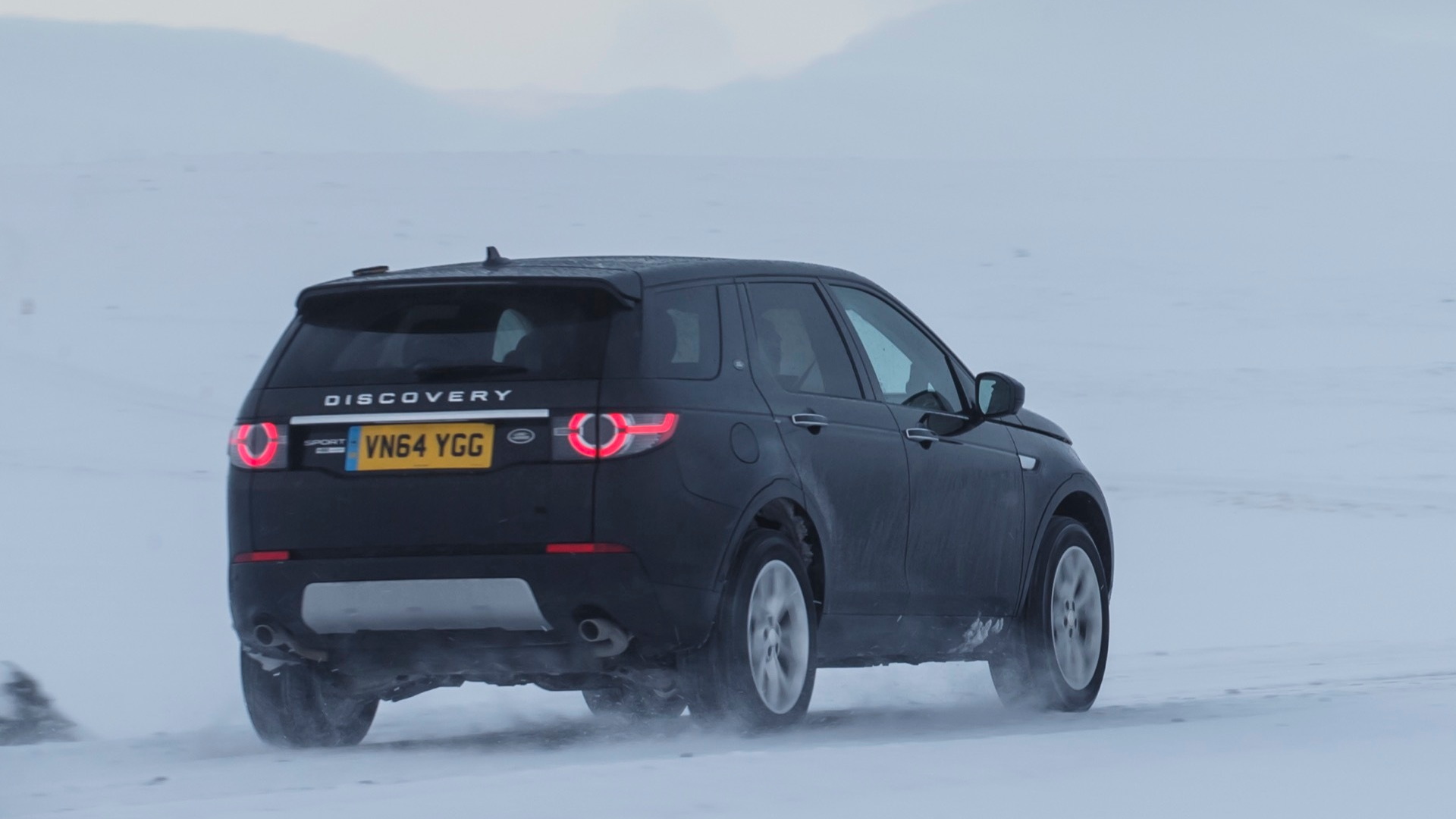 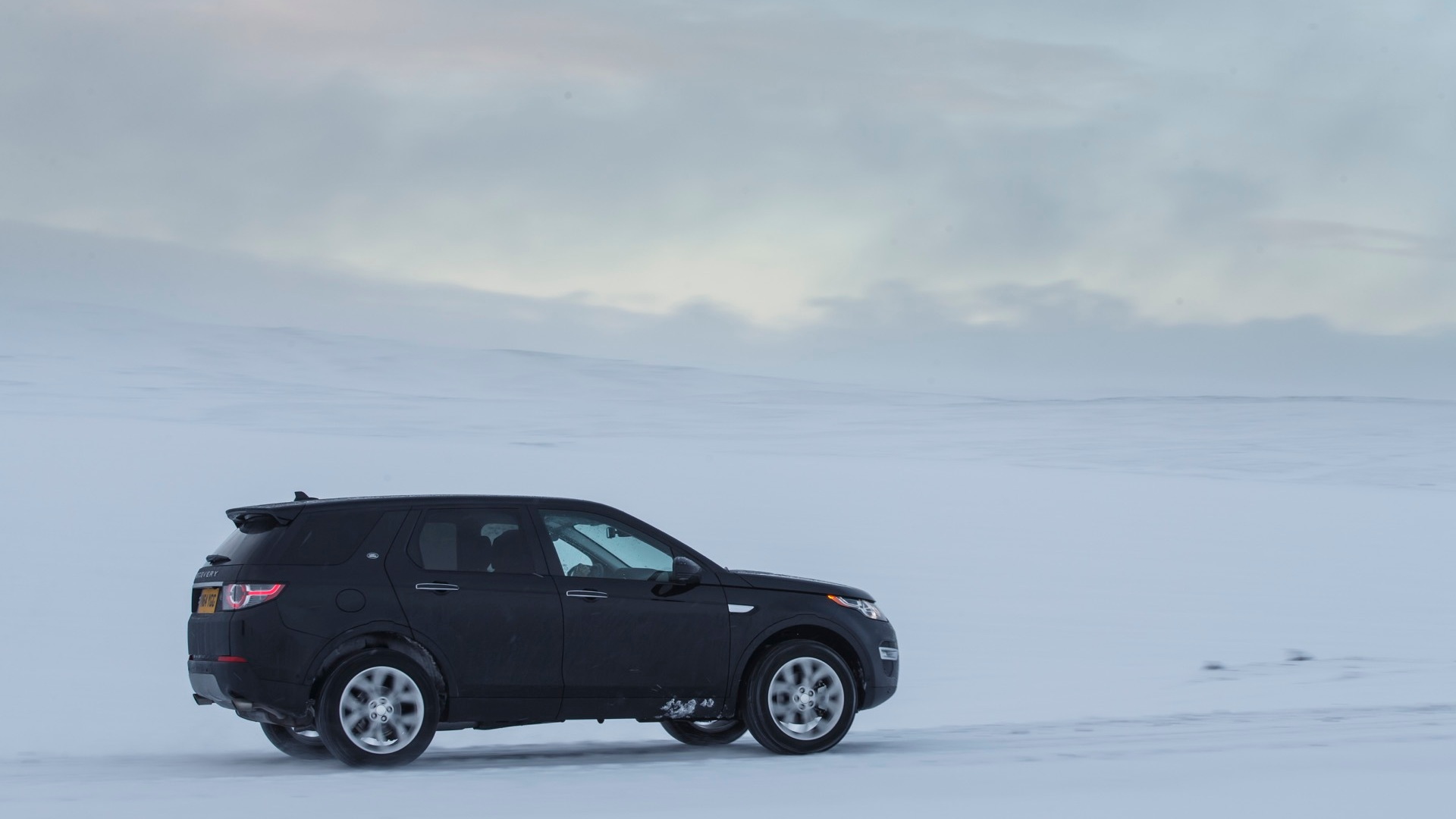 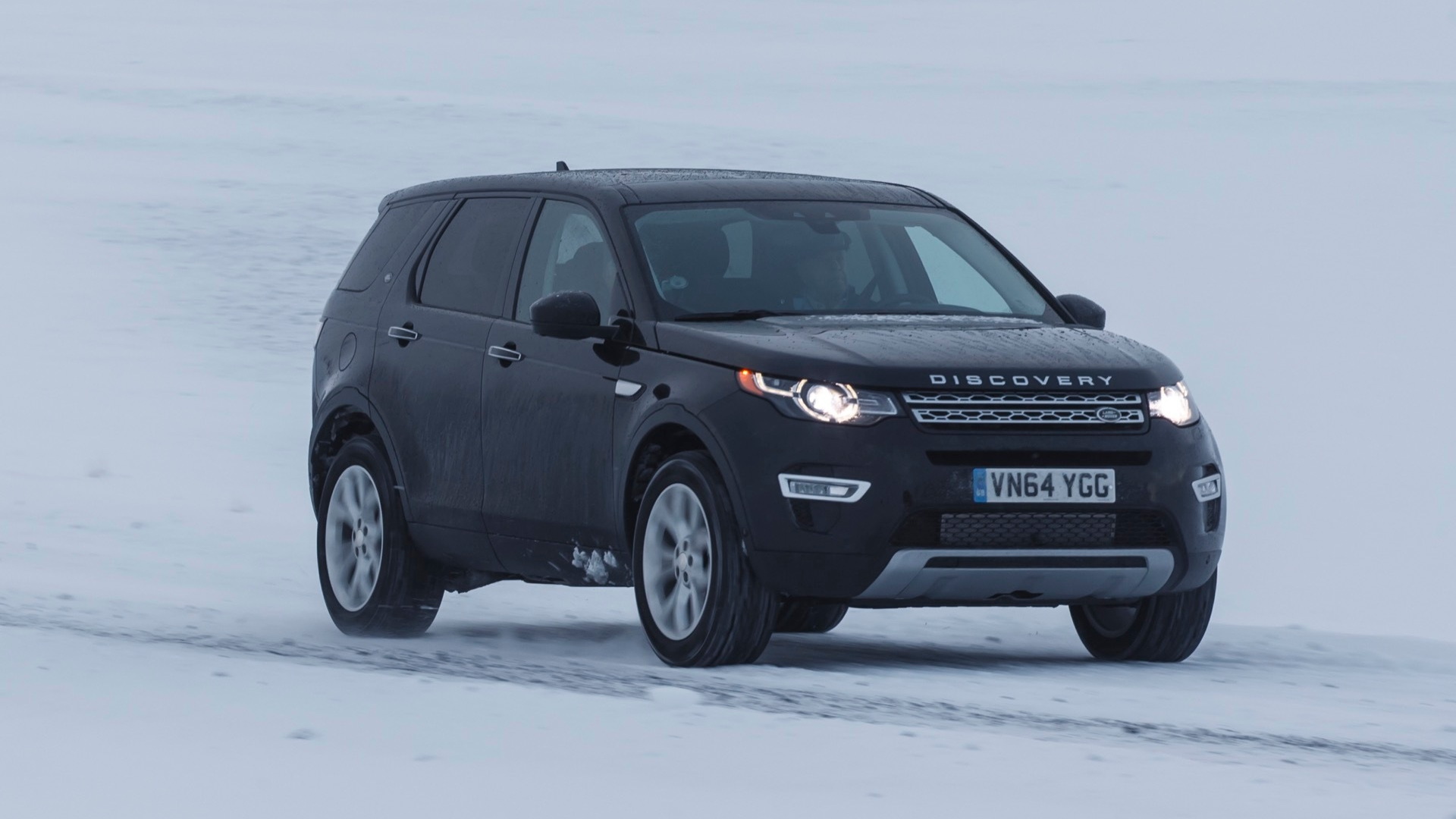 At last, U.S. Land Rover dealerships are slated to get exactly what they’ve been missing.

No, we’re not talking about a revival of the iconic Defender...at least not quite yet. We’re pointing to the 2016 Land Rover Discovery Sport, a compact crossover that works exceedingly well for daily all-weather family use but offers enough off-road ability to bear the green-oval badge.

Based on an early drive opportunity we got this past week in Iceland, over some challenging, appropriately wintery road (and off-road) conditions, we can see how the Discovery Sport will be exactly that—and Land Rover’s best-selling model in the U.S.

To start, it’s more than a rebooted LR2. The Discovery Sport, as Land Rover officials put it, represents a new focus toward versatility and practicality, and as we see it the model finally really takes aim directly at the Audi Q5, BMW X3, and Volvo XC60—all models that the LR2 seemed to have trouble matching up against before the pavement ended.

As it is, we think that there’s a lot of appeal penned into the Discovery Sport from first glance, as it throws out the more lanky, slab-sided look of the previous LR2 and mixes, in ideal proportion, the softness of the current Range Rover with some of what makes the Evoque so appealing—namely, its stance, and how the big 20-inch wheels fill out the wheel wells. Beyond the more rakish profile, mashed up with a high roofline and rounded corners, it’s the thin strips of honeycombed grille, clamshell hood, integral skid plates, and the keyed headlights, adding to a look that hits closer to the mainstream yet is uniquely Land Rover, and Range Rover.

What's under the hood feels just right for the purpose

Over a long day and about 200 miles we managed to get a thorough impression of the powertrain, which feels about perfect for the Discovery Sport’s mission. Its 2.0-liter turbocharged four-cylinder engine makes 240 horsepower, and it remains essentially the same unit that Ford makes as part of the EcoBoost family, only built with Land Rover tooling and to its own specification. As such, it's less gruff than we remember in other products, and perhaps even better isolated than in the Jaguar XF.

The engine reaches its peak 251 pound-feet of torque at just 1,750 rpm, which combined with a nice linear throttle feel makes it easy to precisely control, whether off-road or in parking situations. Yet if you really step on it, it feels perhaps stronger than its 7.8-second 0-60 mph time might suggest

There’s a bit of a flat spot as you approach 2,500 rpm, but it seems to really hit its stride with strong power delivery from in the 3,000 to 4,000-rpm range—right where it’s needed for confident moderate acceleration without the cabin getting too noisy or the powertrain feeling too strained. It’s a delightful overachiever in the middle of the rev band.

It’s truly hard to believe that this ZF nine-speed automatic transmission is the same unit that’s used in Chrysler vehicles, like the Jeep Cherokee. There’s absolutely no ‘hang’ between gears, upshifts are smooth, and downshifts arrive as ordered with your right foot. There are steering-wheel paddle-shifters, but you really don’t need them.

Land Rover’s tuned it to start in second gear on gentle takeoffs, and apparently software and controls make all the difference. It should pay off big in fuel efficiency, as when cruising it lets the engine lope along at under 1,500 rpm in some cases. EPA figures land at 21/28 mpg, which is pretty great for a three-row model.

Builds on the Evoque, but definitely more comfortable

The Discovery Sport shares its chassis and some lower body components with the Evoque. What’s under the hood is also nearly the same. Yet compared to the Evoque there are some pronounced differences.

One of those is ride quality. The Discovery Sport rides with a sophistication that’s lacking in the Evoque, and with no apparent compromise in handling—at least from what we felt from that drive on studded tires, with limited traction and grip.

On that subject—interior noise, especially—our first-drive experience with the Discovery Sport gets a little less conclusive. It was entirely on studded tires, and entirely on wet and/or icy roads, so we can’t comment authoritatively on road noise here; but anecdotally it seems on par or better than other vehicles in this class—with wind noise especially well muted. An acoustic windshield, the rear suspension redesign, and special hydraulic bump stops in the front suspension all add to what we perceived as a quiet, refined ride.

What we can say is that the Discovery Sport has great steering, from a variable-ratio electric-boost system that unwinds predictably and has a good on-center feel, even if it is lacking any sense of the state of grip of the tires (which we were sliding around on all day). Even on wet pavement, the Disco Sport showed secure roadholding, and from a combintion of improved aerodynamics and the electric steering system, it felt unfazed by some strong, blustery crosswinds at times.

Getting it to all four wheels, with finesse

Iceland’s icy, tracherous backroads and snow-and-slush-covered trails traversing lava fields and dodging rock formations were, however, the perfect venue for showing off the Discovery Sport’s four-wheel-drive hardware and stability systems.

In the Sport, familiar Terrain Response controls are grafted on to a drivetrain that includes the familiar Haldex 5 center differential system, allowing a smooth, infinitely variable delivery of torque between the front and rear wheels. Through four modes--default, Grass/Gravel/Snow, Mud and Ruts, and Sand--drivers can vary wheelspin allowance, throttle quickness, and stability control intervention to suit driving off pavement. Working in concert are Hill Descent Control, stability, and traction control.

On those slick surfaces, the system performed perfectly, sending power wherever it could be used best, and allowing us to climb some slick slopes that would have many SUVs sliding sideways.

We never tested the Discovery Sport’s capability to clamber over rocks and boulders, but we did test its maximum approach angle of 25 degrees heading off an ice sheet and across a fast-moving stream that pushed up near this model’s 24-inch water-fording maximum. And if you really want to push it, Land Rover says that the front bumper can be removed.

One odd disappointment is that you can no longer see the front corners so as to place the vehicle exactly where you want it when emerging over a crest or around a tight trail bend.

But we’re definitely willing to accept that. Because through a fair amount of white-knuckle driving as we took on the icy conditions, the front seats of the Discovery support held us snugly in place and left our backs in good shape as the seat heaters covered most of the seat. Overhead, the panoramic roof—shockingly large, at first glance—let enough light in during the super-short five or six hours of Icelandic daylight.

As for the second-row seats, they’re actually good for adults, with more than six inches of fore-and-aft adjustment. We can see that Land Rover chose full contouring and seat comfort over perfectly flat seat-folding, and we applaud that (there’s plenty of flexibility as it is). As for the third row that will be a standalone option in the U.S., it’s going to be kid’s stuff—not because its legroom is so scrunched and access is difficult, but because Land Rover’s stadium seating places the third row so high as to make headroom impossible for taller adults.

While the instrument panel is stark and almost T-square-like at first glance, it’s finely detailed in all the right places, and we warmed very quickly to its functionality, which has soft-touch surfaces wherever you’d expect it, as well as clear, tactily satisfying knobs, dials, and buttons. Door grips are solid and secure, and there are plenty of small spaces to stow stuff.

The 2016 Land Rover Discovery Sport will be offered in three different guises: SE, HSE, and HSE Lux. We spend most of the day in an generously equipped but not quite fully loaded HSE Lux model, adding up to a bit over $46k.

Priced to take on Jeep and GMC, not just Audi and Volvo

What has us especially intrigued is the base SE model, which at $37,995 has the potential to be a market disruptor against mainstream-brand crossovers such as the Jeep Cherokee Limited V-6 and GMC Terrain Denali. Compared to the Cherokee, the Sport is about the same size on the outside but feels much roomier inside. Can we see the Discovery Sport pushing up against loaded Subaru Outbacks or Ford Explorers? You bet.

The Discovery Sport is going to earn its way onto a lot of shopping lists, in a way Land Rover hasn’t managed before. It’s a vehicle that doesn’t look dramatically different at first glance but is quite thoroughly rethought, in nearly every way—ways that are going to be meaningful for families: It’s more spacious; there’s a lot more safety equipment; it drives in a way that’s more nimble and carlike. And for all those reasons and more, we see it as the start of a new surge at Land Rover.