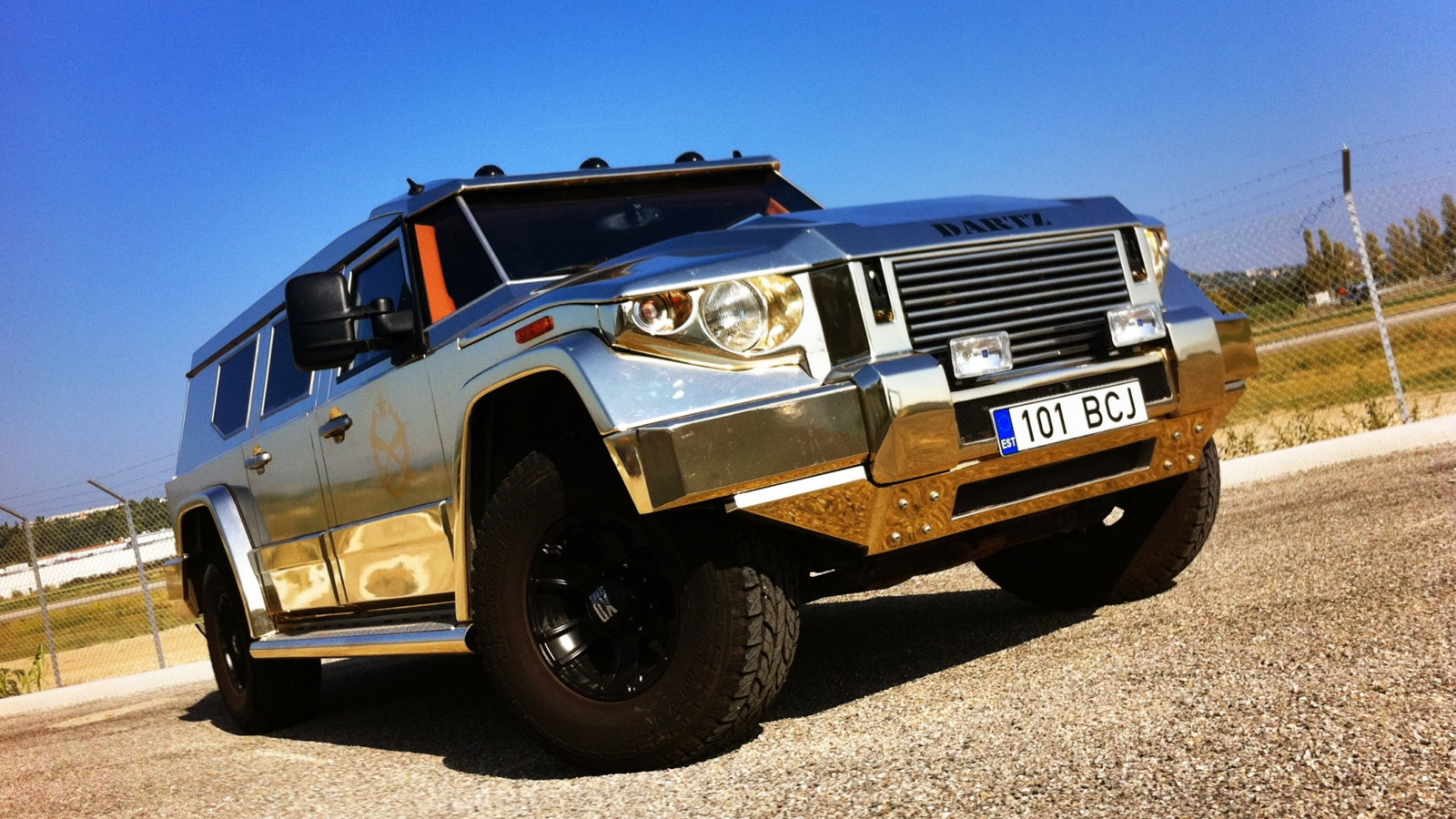 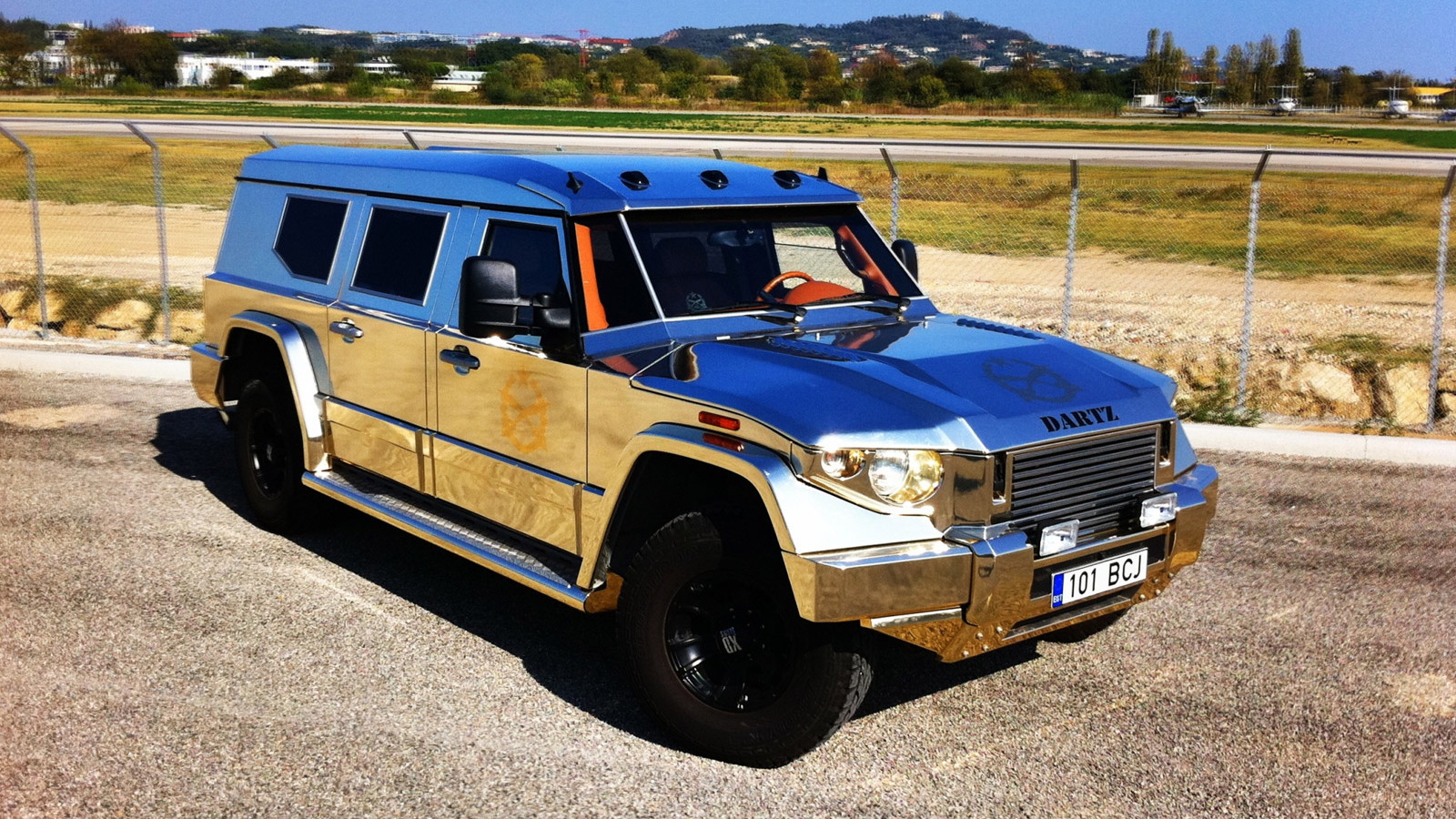 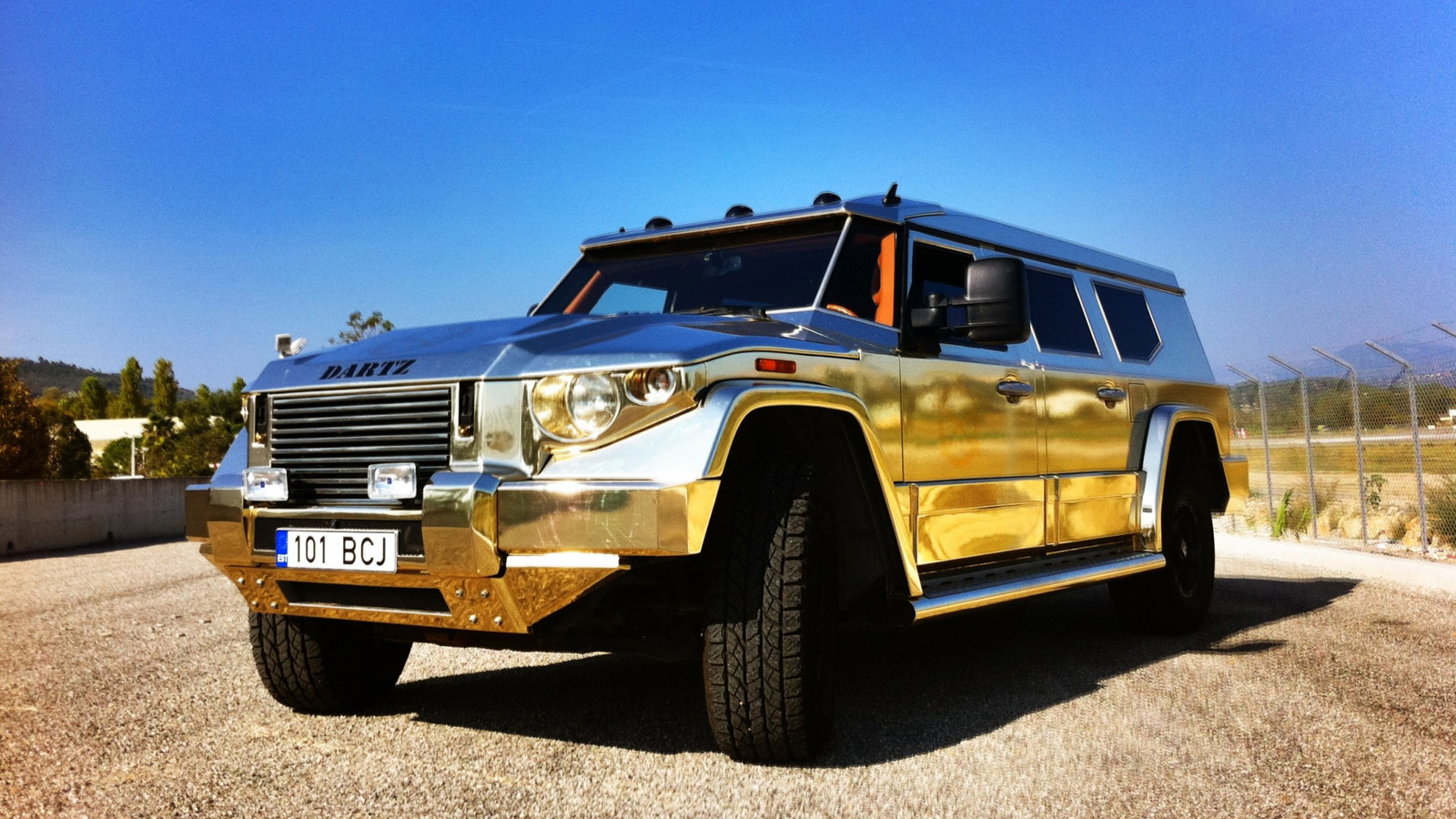 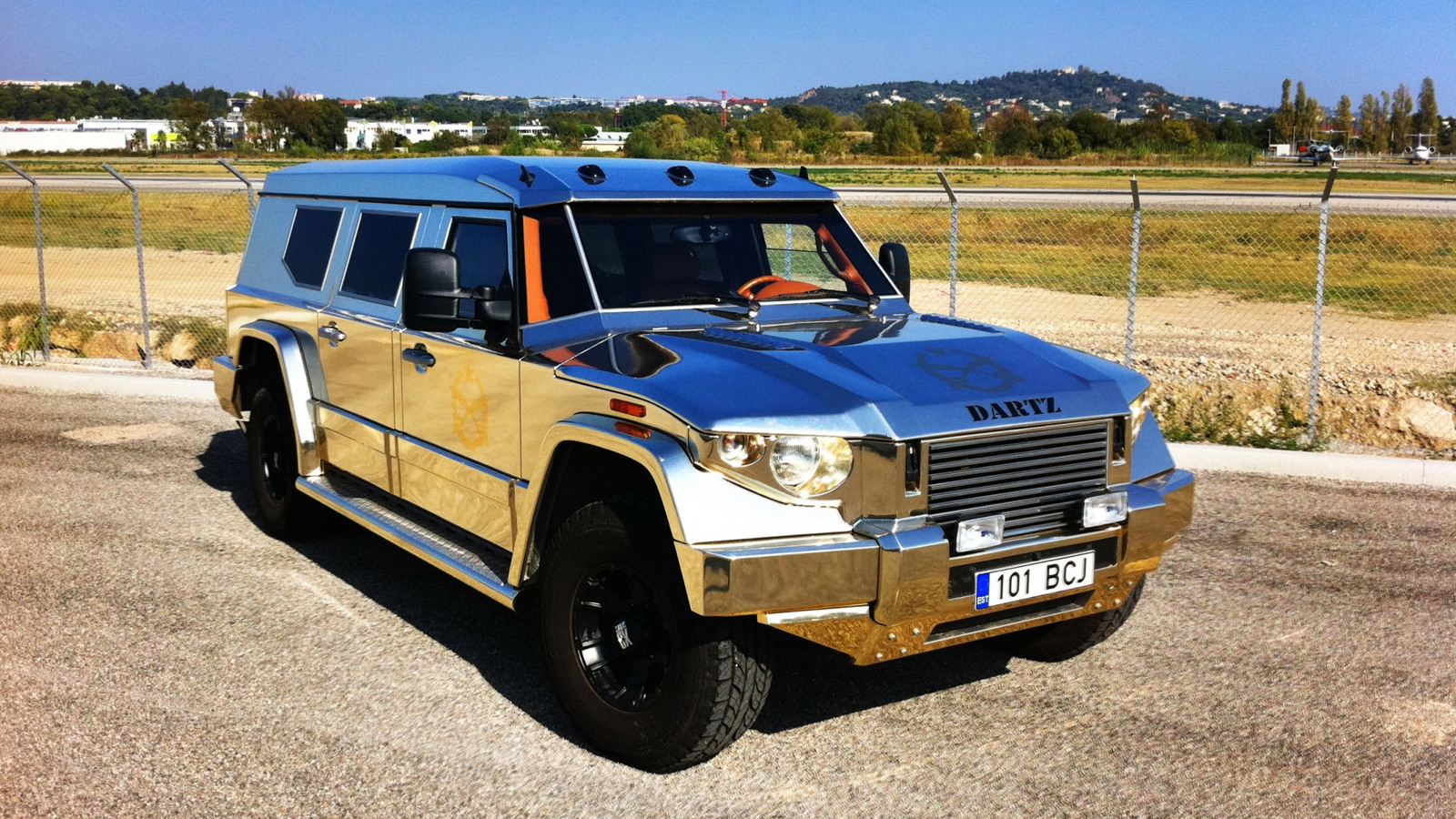 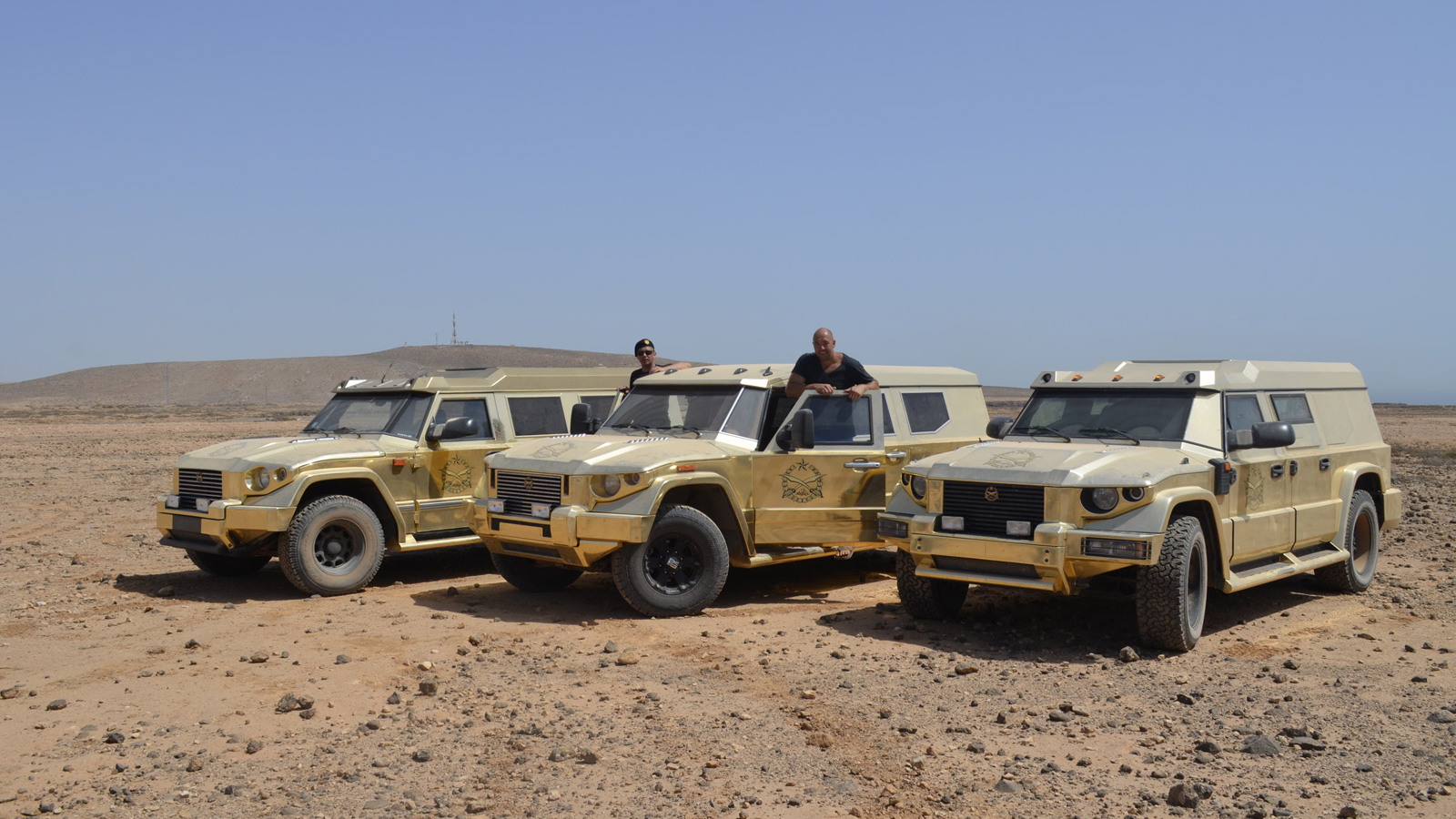 In case you thought Dartz’s regular Prombron Kombat SUVs weren’t flashy enough, you can now get the keys to the bright gold examples that starred alongside Sacha Baron Cohen in the 2012 comedy The Dictator. For those unfamiliar with the movie, Cohen’s character Hafez Aladeen was the leader of the fictitious Wadiya, whose choice of ride were three armored Prombron SUVs dubbed the Aladeen editions. They were designed for Aladeen and his famous virgin guards (pictured below), and they’re now up for sale.

One of the SUVs has just been sold, which means there are just two of the originals left. Dartz, however, is planning to build seven more Aladeen edition Prombron Kombats, with matching gold paint and official symbols of Wadiya located inside and out. Dartz says it will even throw in a Wadiya license plate.

Being a Dartz, the vehicles come standard with exotic leathers and high-tech gadgets, and there are also massaging seats, wood trim and champagne chillers. The armor plating boasts protection capabilities from level B2 to B7+ and includes 3-inch glass.

Pricing will depend on what options are fitted, but Dartz says potential buyers should expect to pay between $500,000 and $750,000.

Note, Dartz recently announced a successor to the Prombron Kombat. It’s called the Prombron PRVY, and the first version, the Black Shark, will offer outputs ranging as high as 1,500 horsepower.