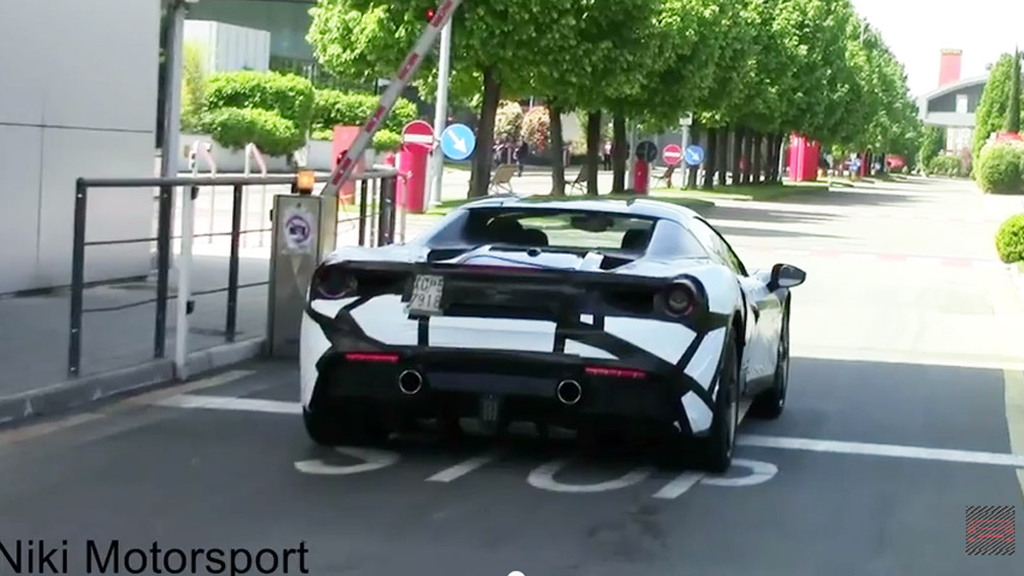 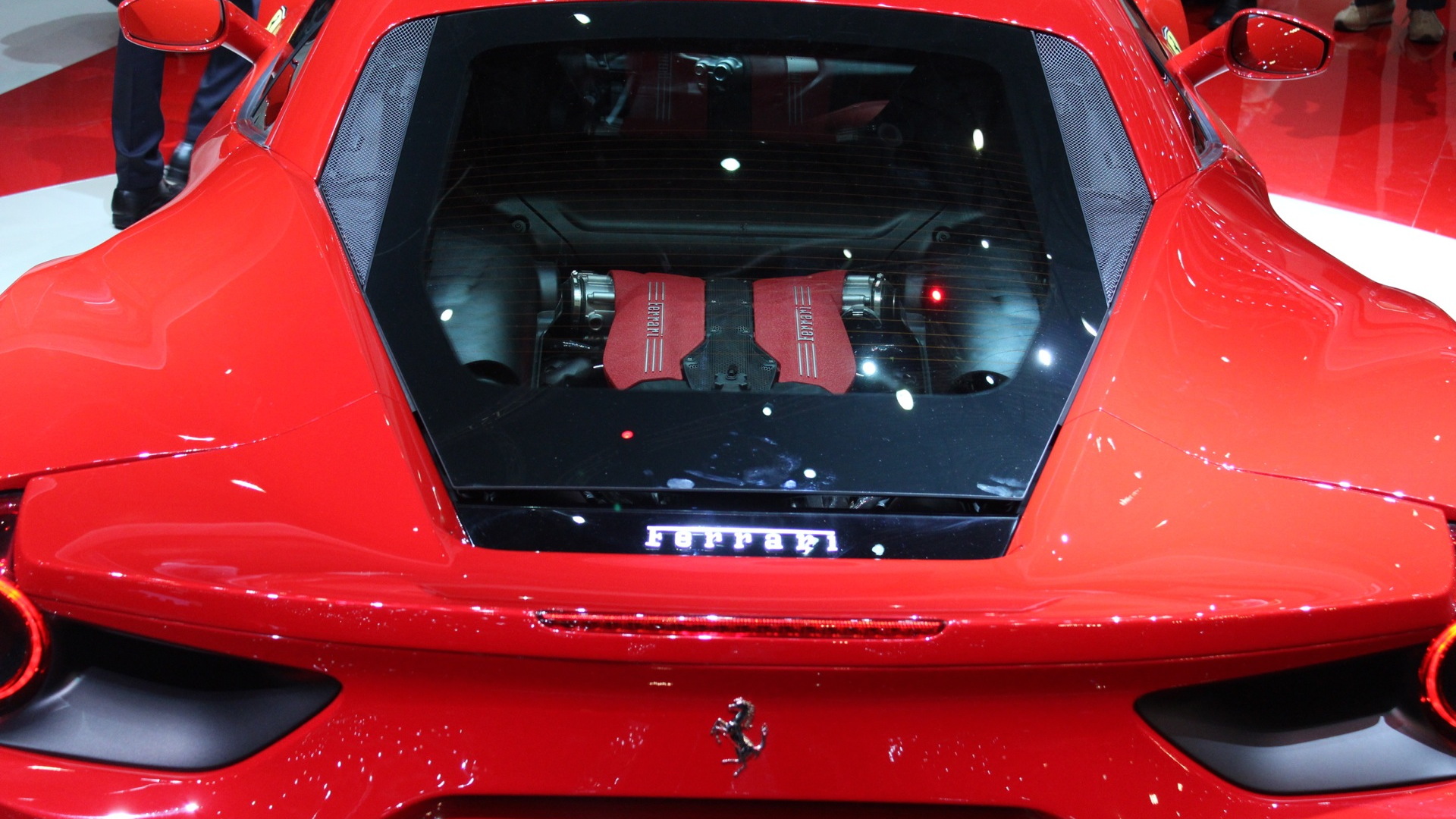 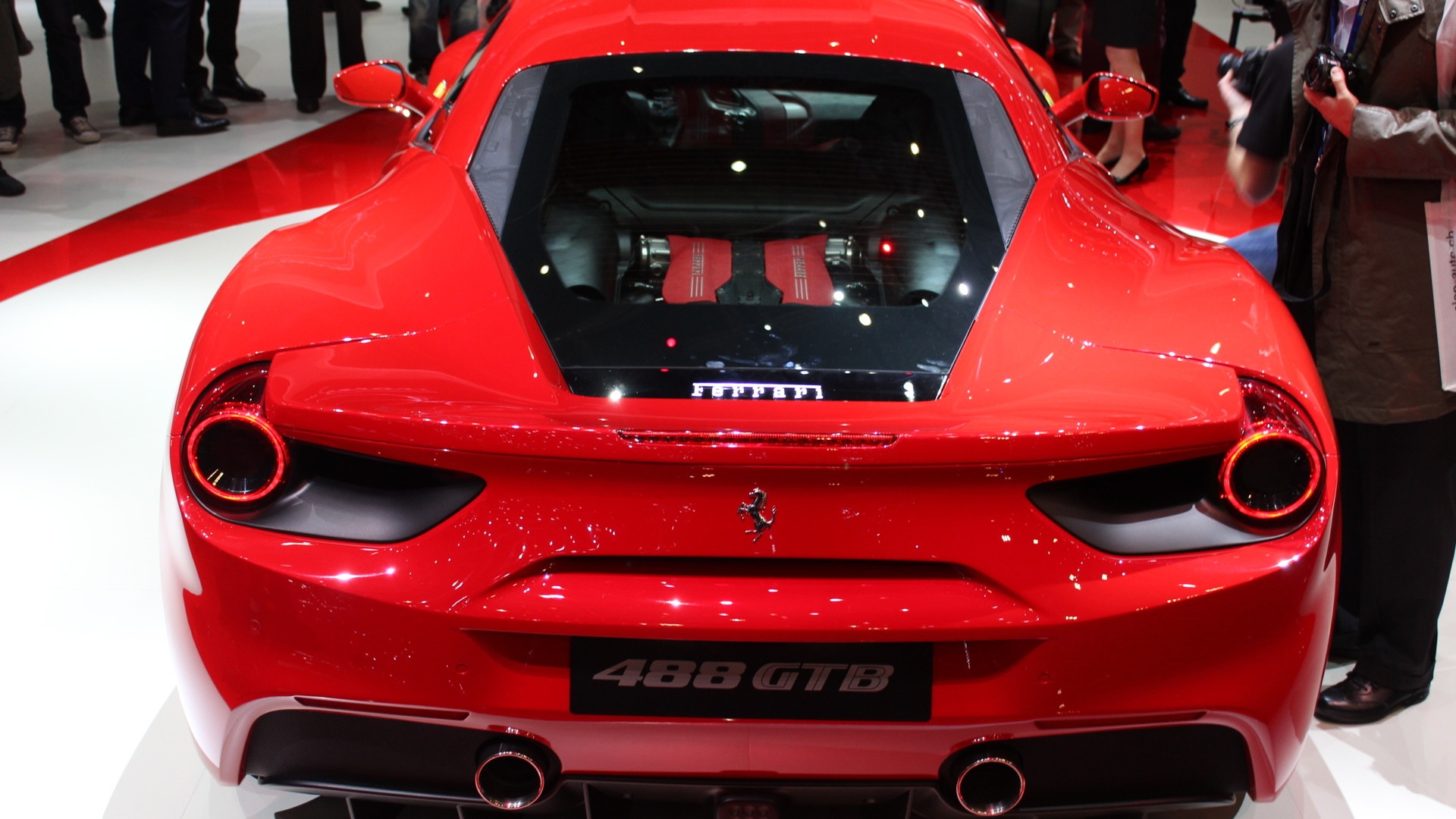 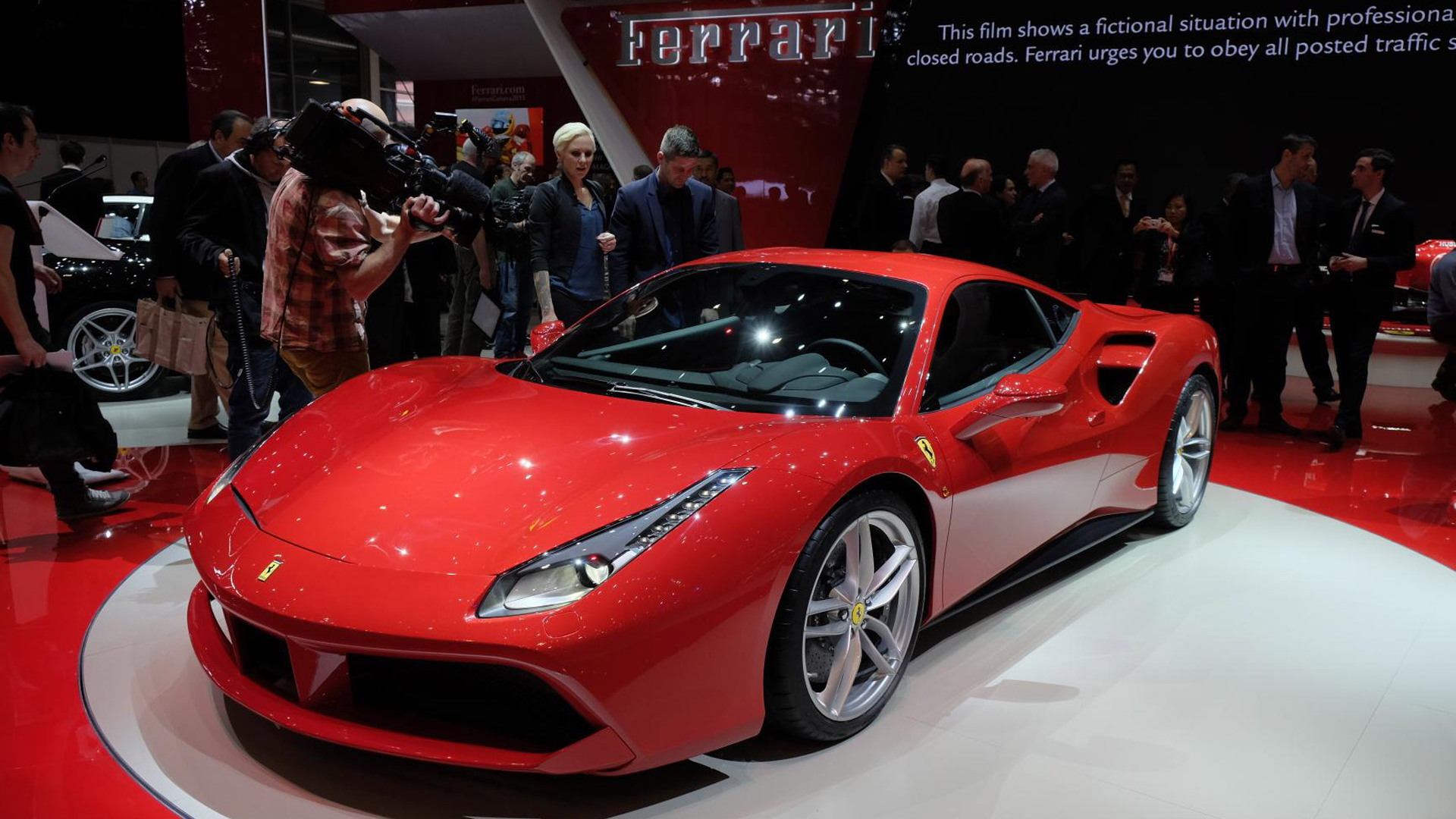 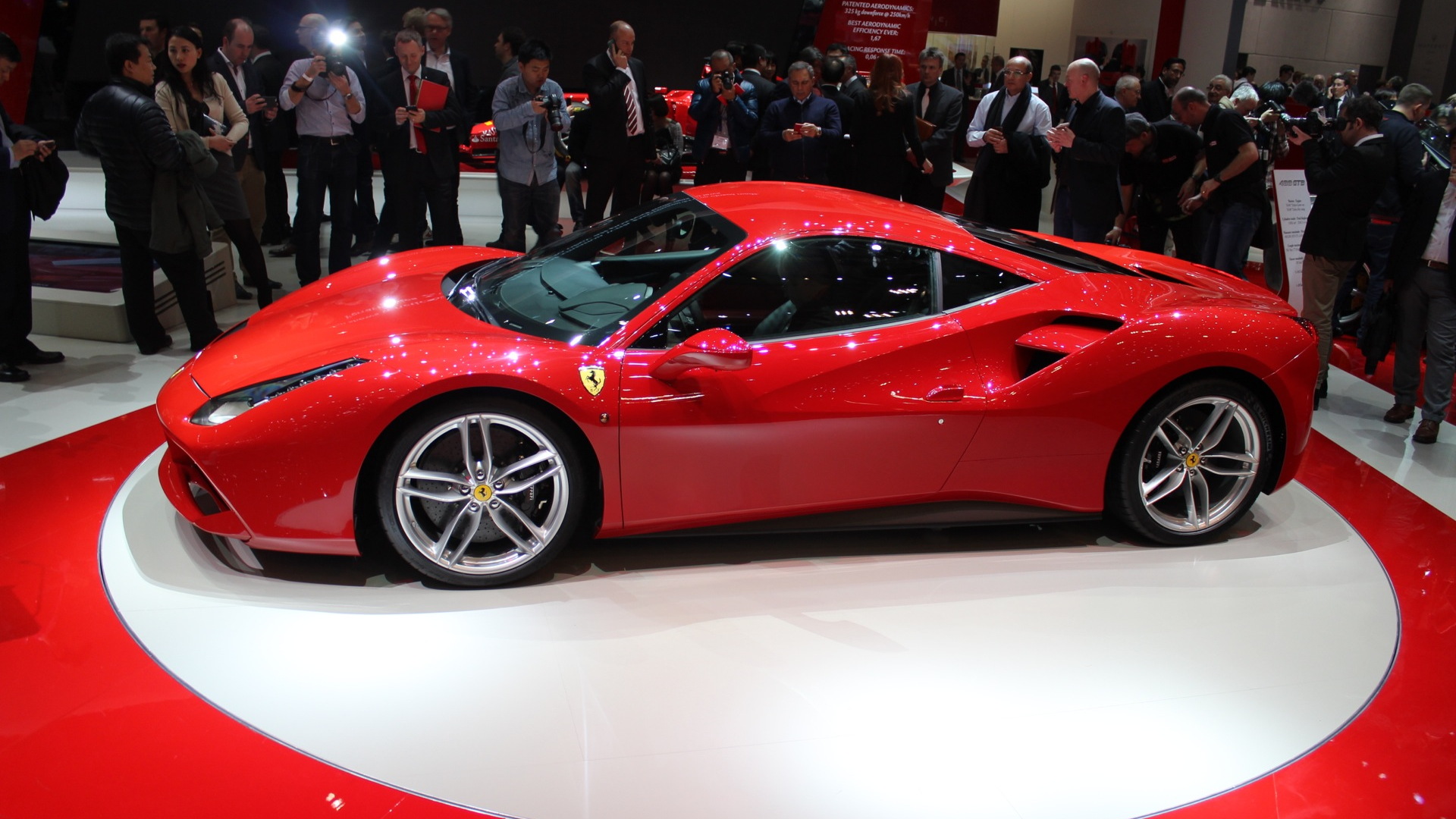 The convertible version of Ferrari’s new 488 GTB has been spotted in prototype form outside the Italian automaker’s Maranello headquarters. The new car, which replaces the mechanically-similar 458 Spider in the Ferrari stable, should be revealed later this year or early next (a debut at the 2015 Frankfurt Auto Show in September is likely).

This video from YouTube user Niki Motorsport shows several different 488 prototypes. But if you look closely at the black example that comes into view 17 seconds into the clip, you'll notice that the sloping glass engine cover of the 488 GTB is missing, replaced instead by a flat deck lid like the one on the 458 Spider.

The shape of the vents on this deck lid look different to the ones on the 458 Spider, however, which no doubt have been designed in a way to circulate more air around the car’s force-fed mill. The engine, a twin-turbocharged 3.9-liter V-8, should match the 660 horsepower and 560 pound-feet of torque the identical unit delivers in the 488 GTB. Virtually all of the other mechanical bits should also be common to the 488 GTB, such as the aluminum monocoque chassis, seven-speed dual-clutch transmission, active aero components and Side Slip Control 2 handling feature.

The key difference, of course, is the roof, a retractable hardtop that should carry over from the 458 Spider. It's a lightweight aluminum unit that needs just 14 seconds to go up or down.

One element that’s unlikely to carry over from the 458 Spider is the naming strategy. The letter B in the 488 GTB’s name stands for Berlinetta, which in Italian has come to signify coupes. Thus, it’s possible that for the convertible version of the 488 GTB the B in the name will be replaced with an S, which is short for Spider, used to signify convertibles. This would result in the new car being called a 488 GTS. Of course, Ferrari may simply go with 488 Spider or something entirely else.