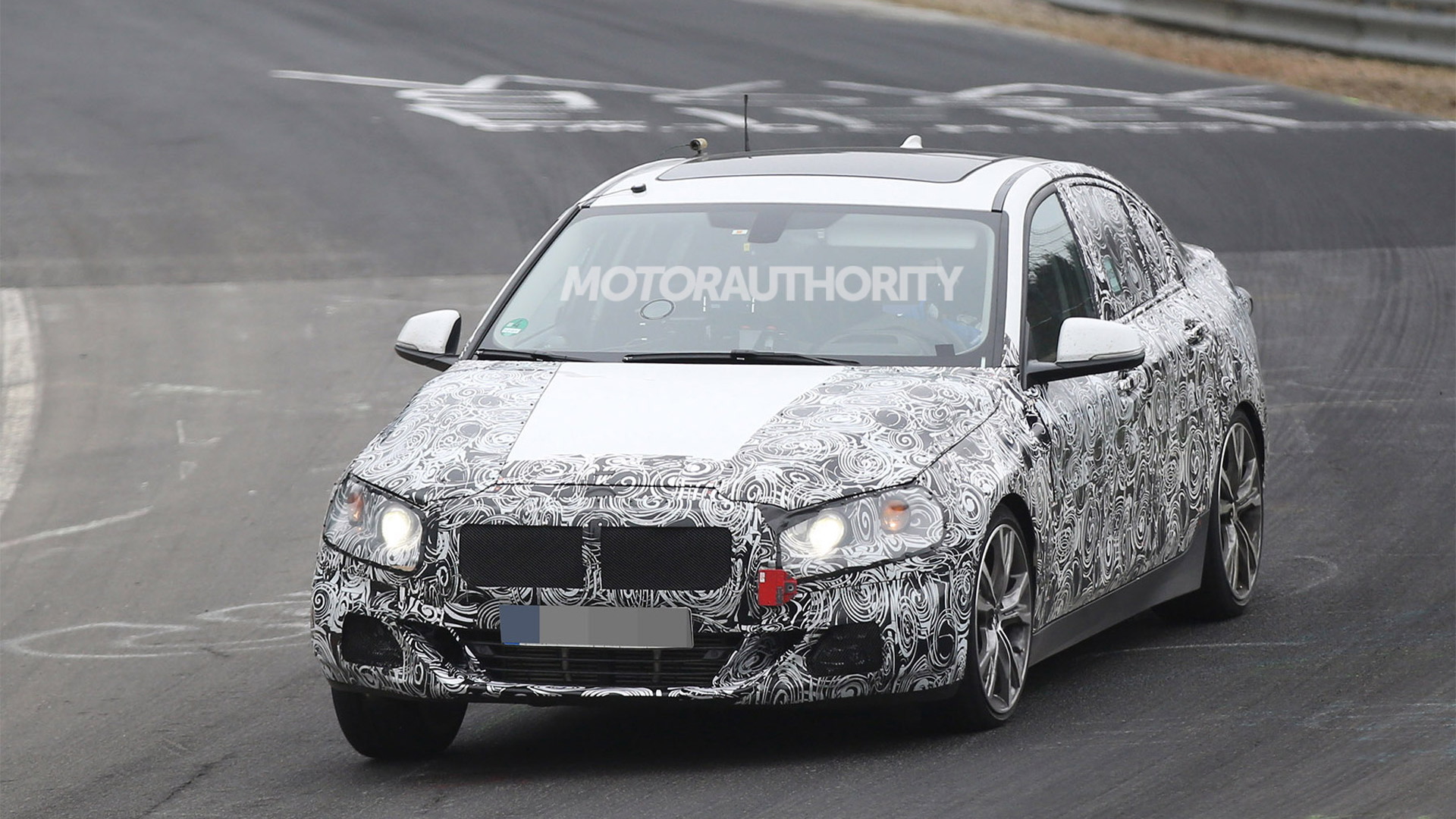 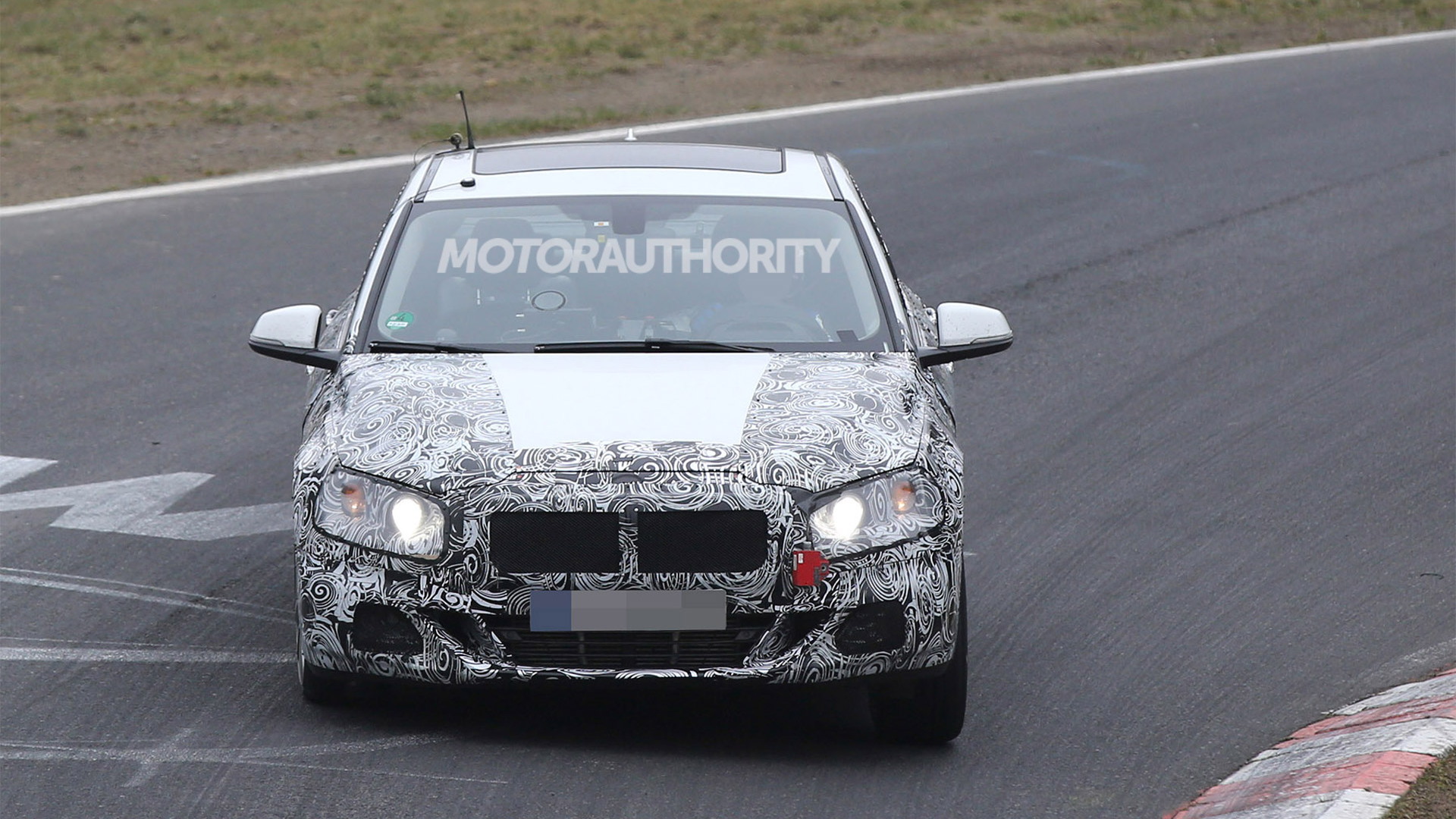 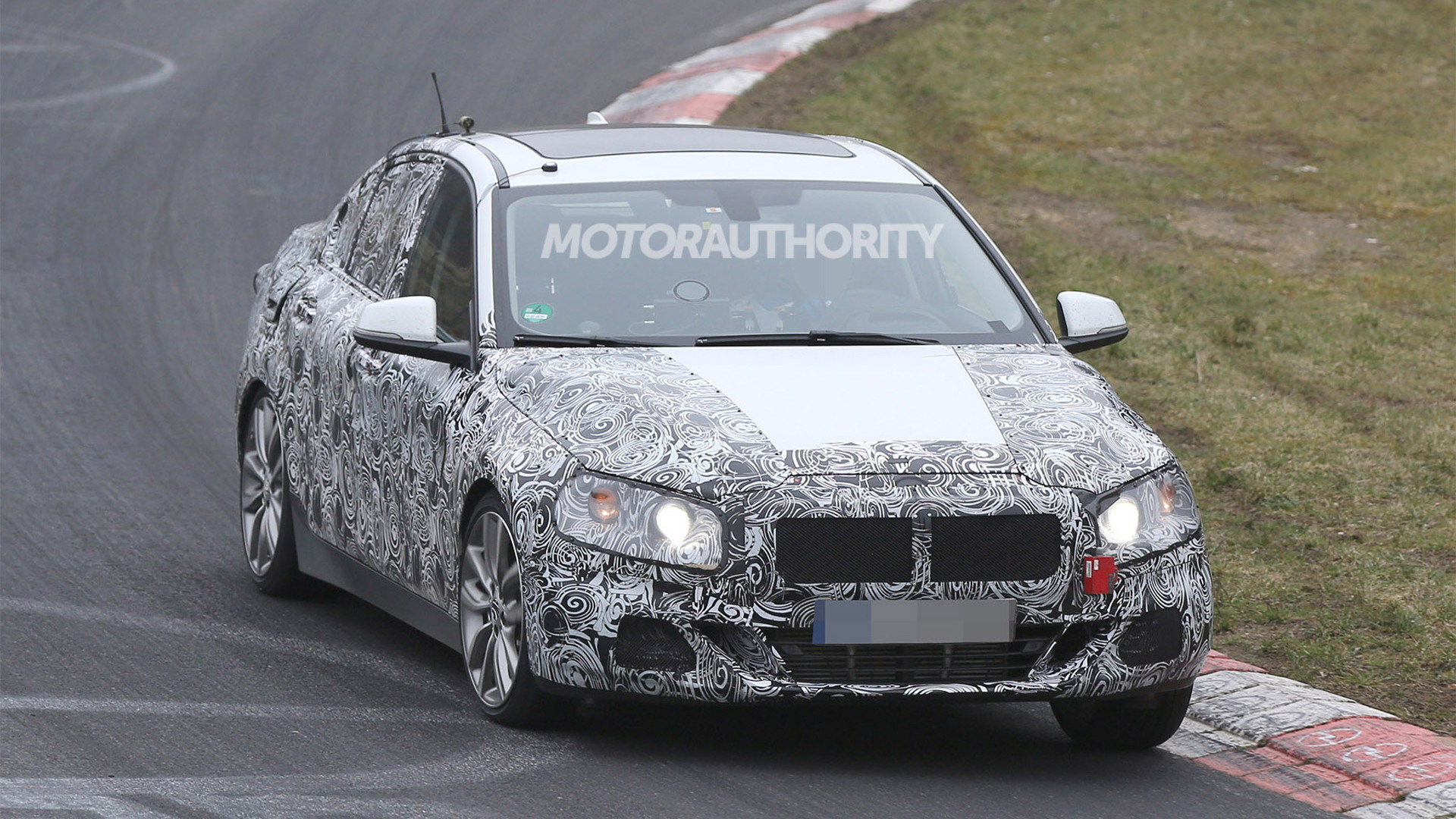 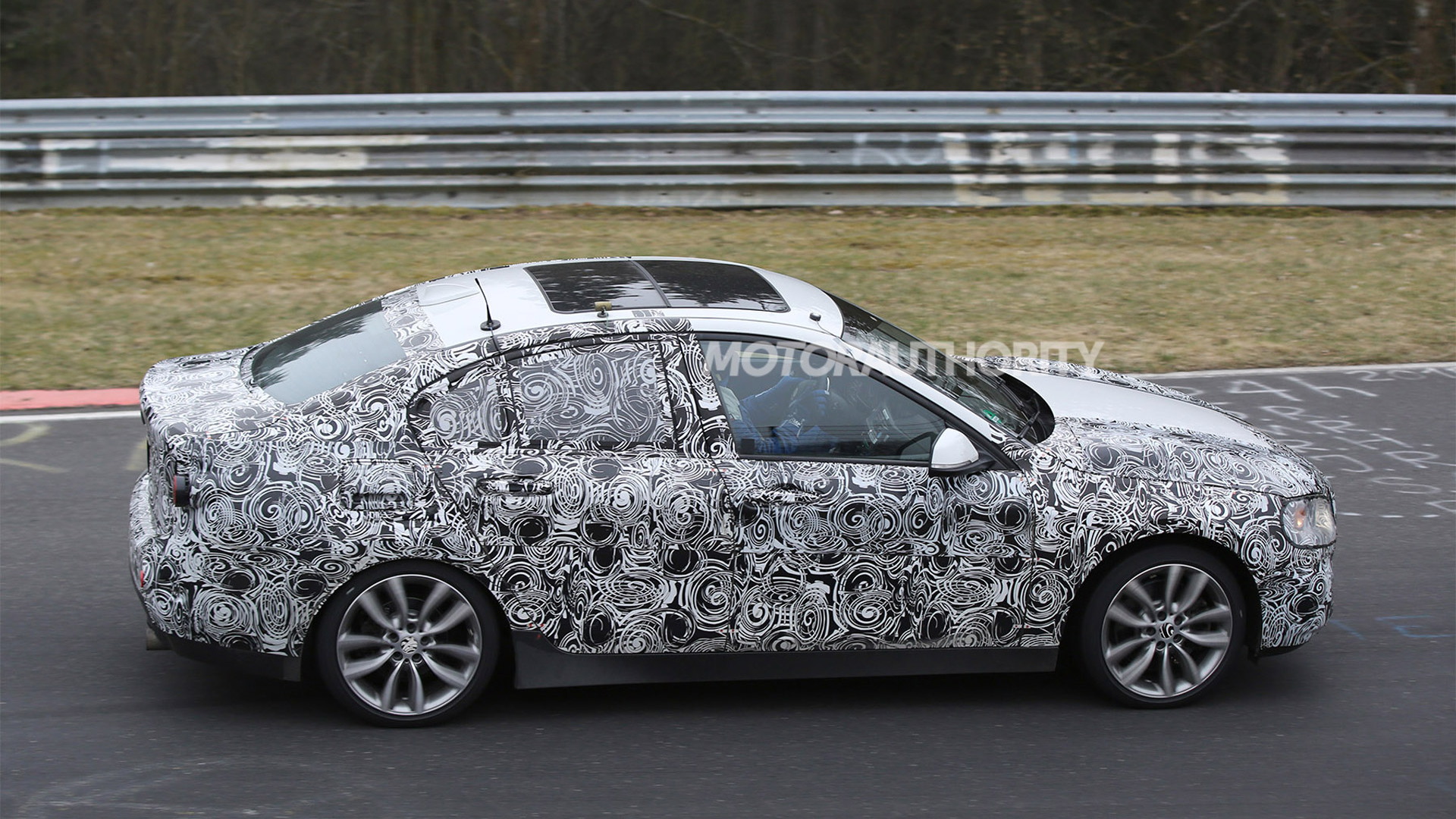 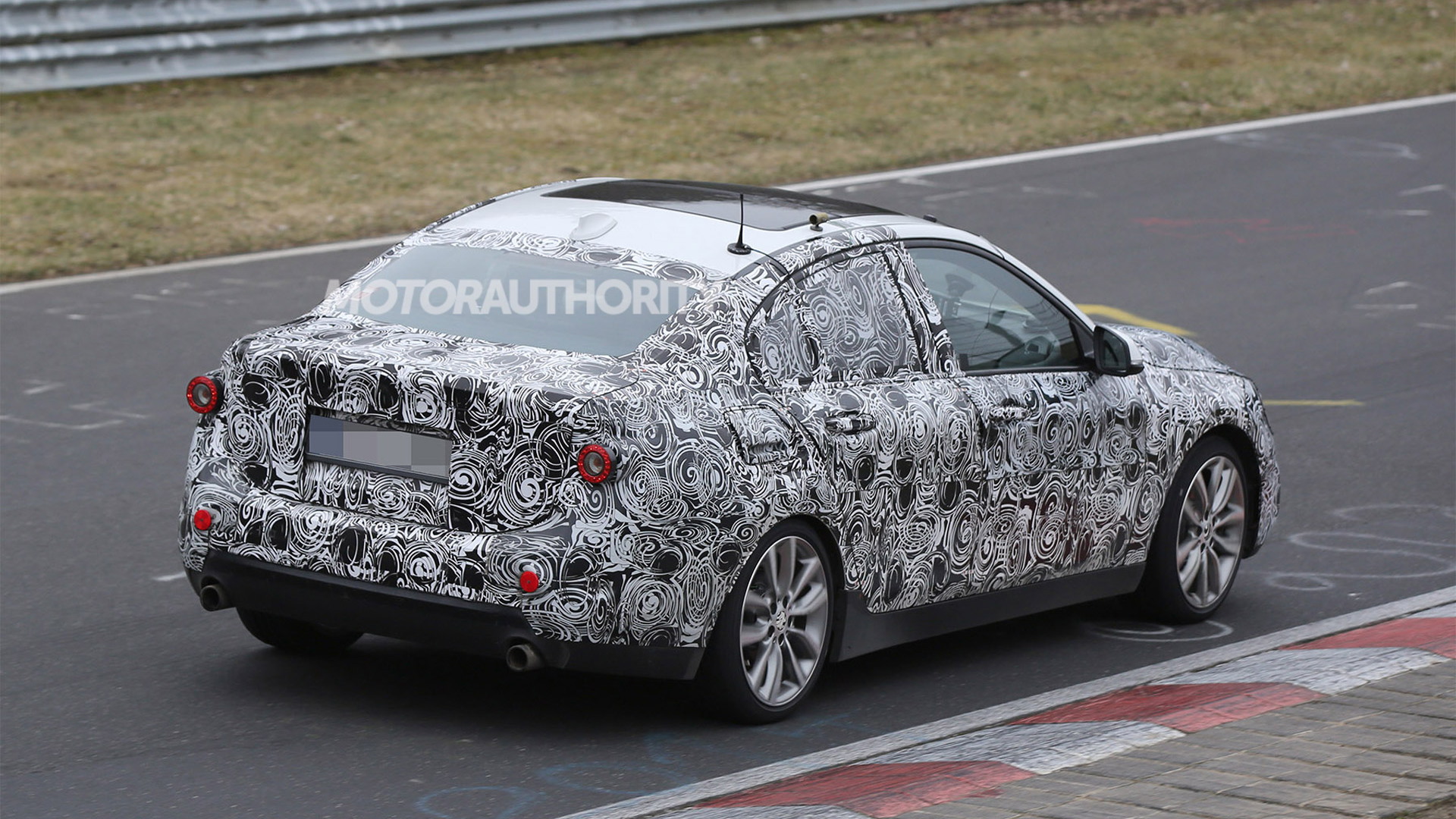 Last year, BMW broke with tradition by introducing its first-ever model with front-wheel drive, the 2-Series Active Tourer. Next year, the German automaker will do the unthinkable once more, this time by introducing a front-driving sedan. That sedan will be called a 1-Series, and it’s been spotted in prototype form testing at Germany’s Nürburgring.

The new 1-Series is expected in showrooms in the second half of 2016, as a 2017 model. Pricing should start at about $30k, aligning the BMW sedan with rival offerings such as the Audi A3 and Mercedes-Benz CLA. As our exclusive spy video confirms, BMW’s entry to the segment will feature a conventional notchback design with proportions typical of cars wearing the blue and white roundel.

The vehicle’s engine lineup should mirror that of the 2-Series Active Tourer, meaning a series of three- and four-cylinder units, all of them turbocharged. The top model initially should be a 225i, powered by a 231-horsepower four-cylinder. Both front- and all-wheel drive is expected.

Further down the track we expect a 1-Series M Performance model. This one is also expected to feature a four-cylinder but with output dialed up to around 300 horsepower. We’ve heard that BMW has designed its UKL platform to be flexible enough to install a transverse-mounted in-line six-cylinder, but it’s too early to tell if we’ll see such an engine fitted to the 1-Series. If so, it will likely be for a dedicated M car—just don't expect it to be badged an M1.