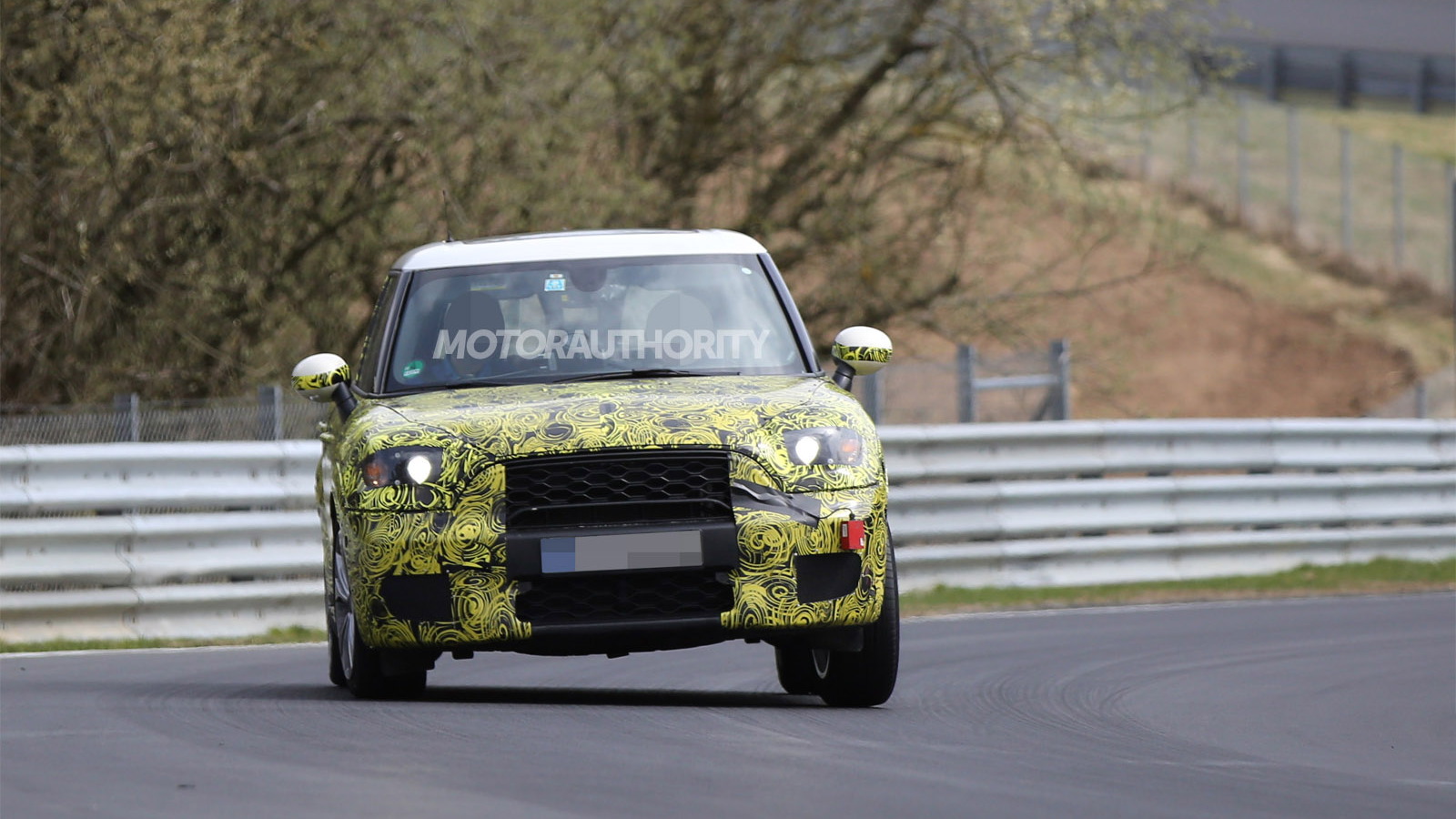 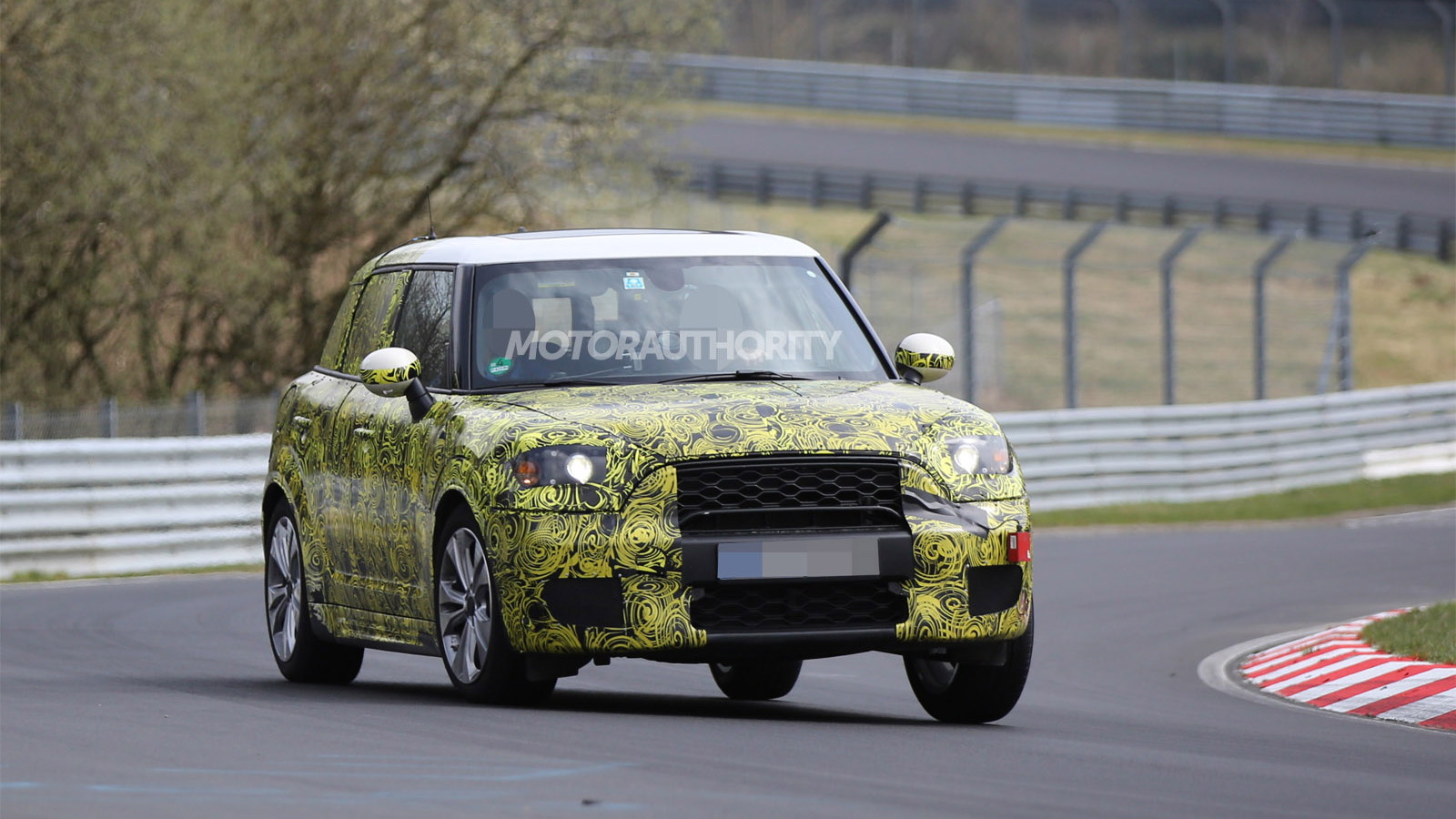 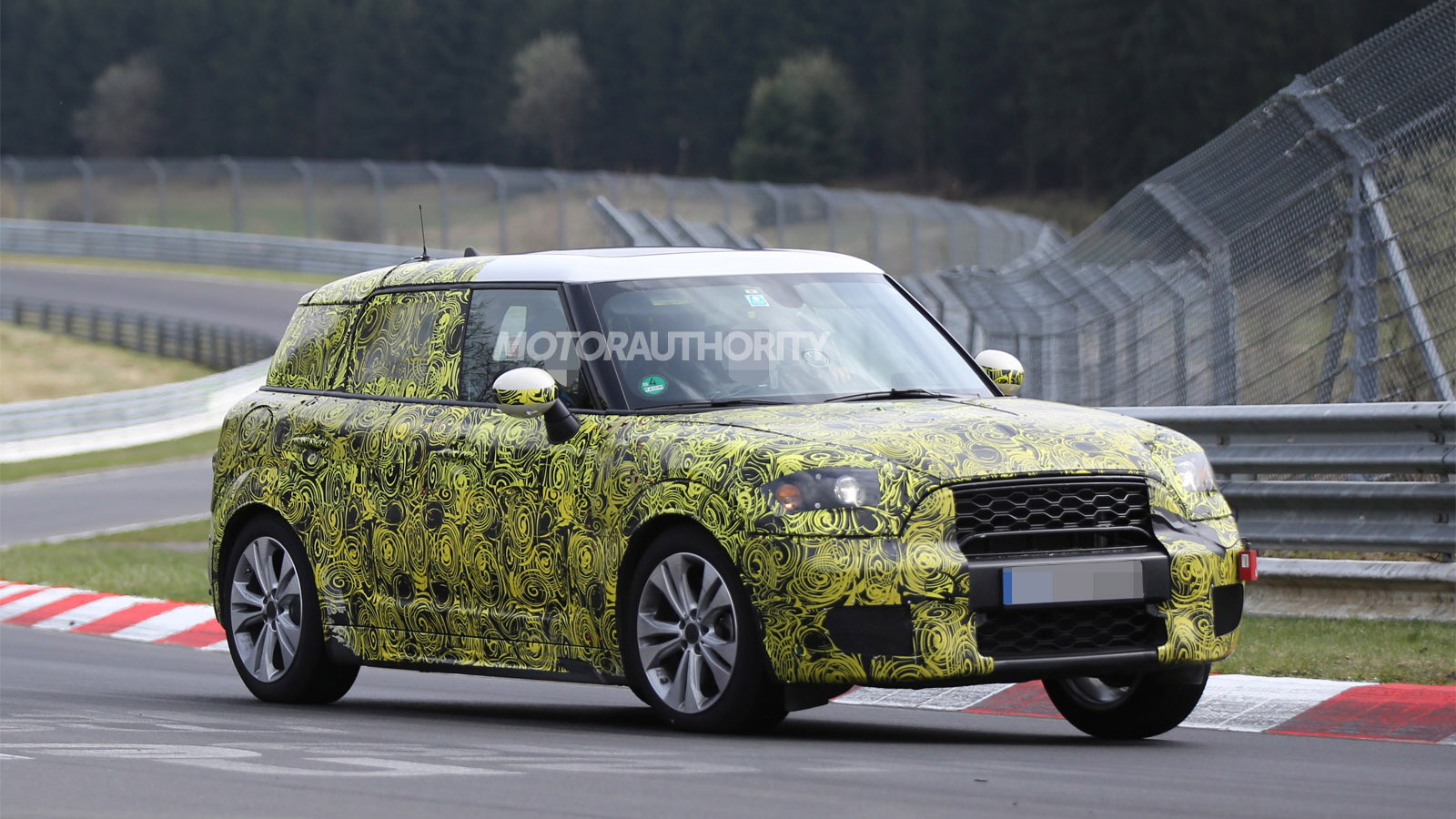 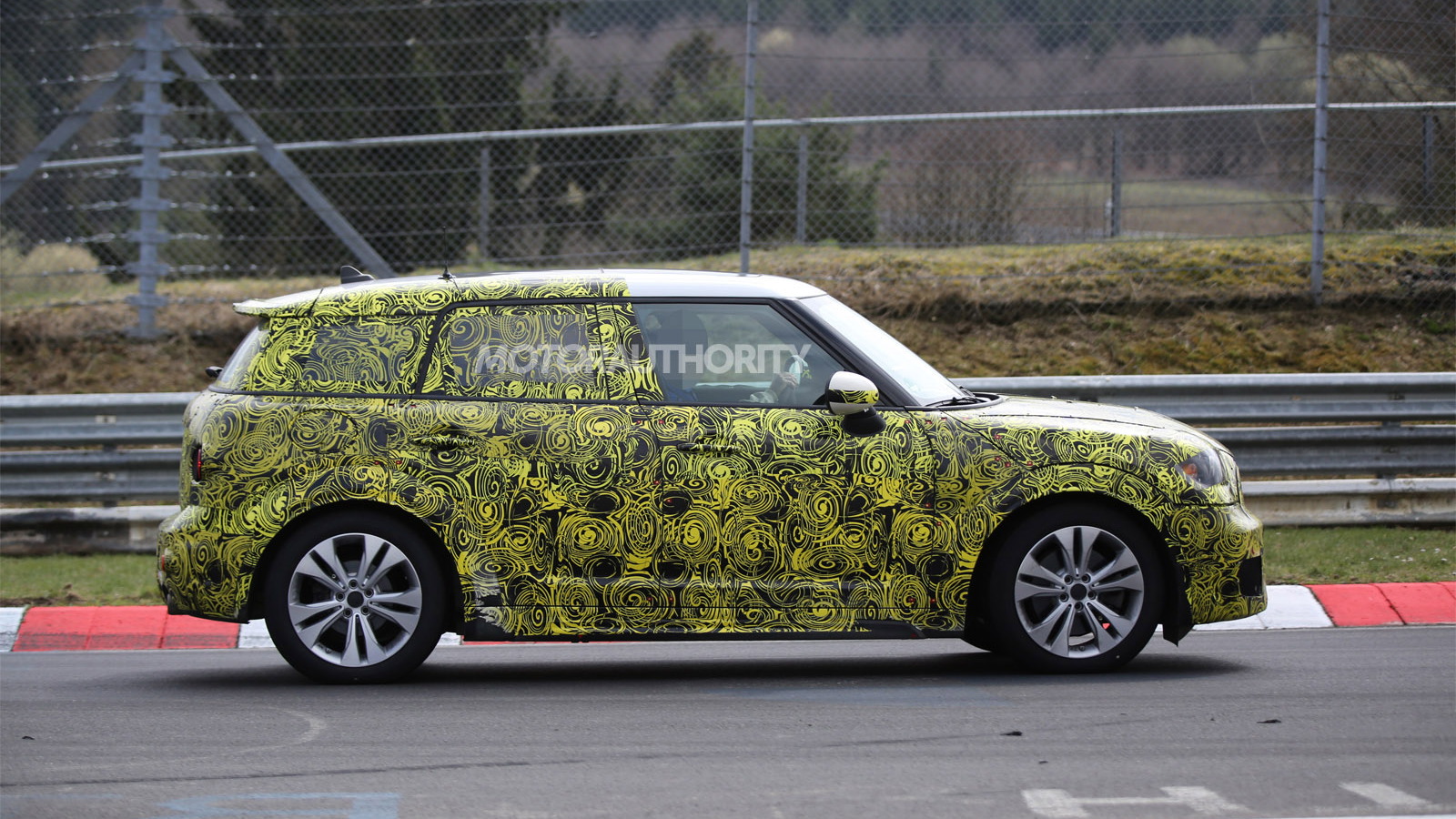 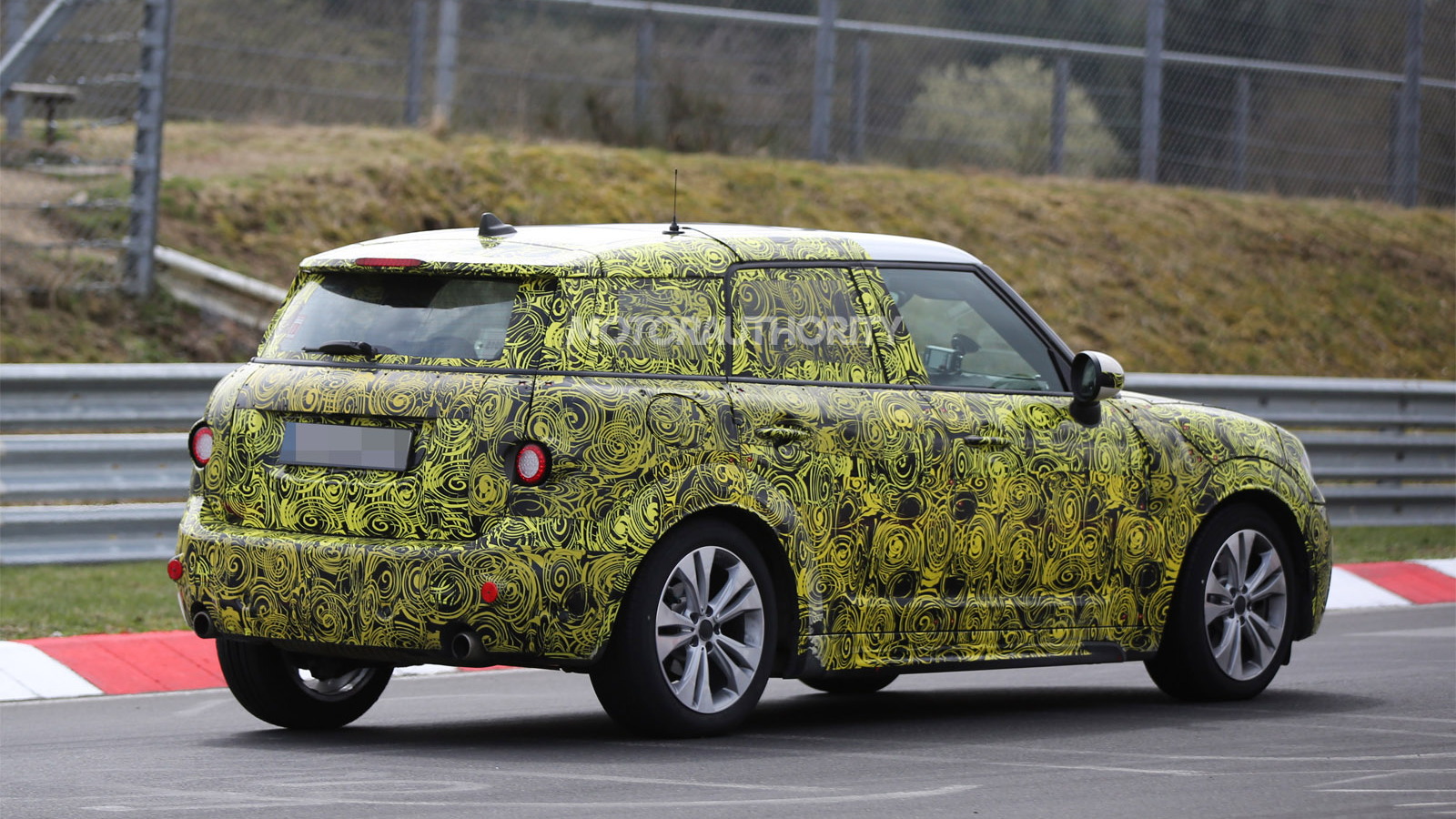 The third-generation MINI Cooper (now called a Hardtop) based on the BMW Group’s UKL platform made its debut last year and was followed quickly by a new four-door variant dubbed the Hardtop 4. Later this year we should see a new MINI Convertible as well as a new Clubman, and looking further out there will be a new Countryman and possibly a new sports car replacing the outgoing Coupe and Roadster models.

The new Countryman is the star of our latest spy video, captured in prototype form while undergoing high-speed testing at Germany’s Nürburgring. The prototype confirms that designers have adopted a boxier, more rugged look for the new Countryman and that the vehicle will be slightly bigger than the one it’s set to replace.

Expect the base Cooper trim to continue with front-wheel drive, with MINI’s ALL4 all-wheel-drive system remaining an option. There will also be more potent variants like the Cooper S and another John Cooper Works model, with the latter coming standard with the ALL4 system and at least 228 horsepower on tap.

In the engine department, Cooper Countrymans should feature 1.5-liter three-cylinder engines, with the Cooper S and JCW variants getting 2.0-liter four-cylinder mills. Turbocharging will feature across the range and transmissions will include standard six-speed manual and available six-speed automatic units.

Buyers can also expect some new safety features, such as a head-up display, collision and pedestrian warning systems, a parking assistant and even a speed limit information system.

Look for the new Countryman to debut sometime next year, as a 2017 model.