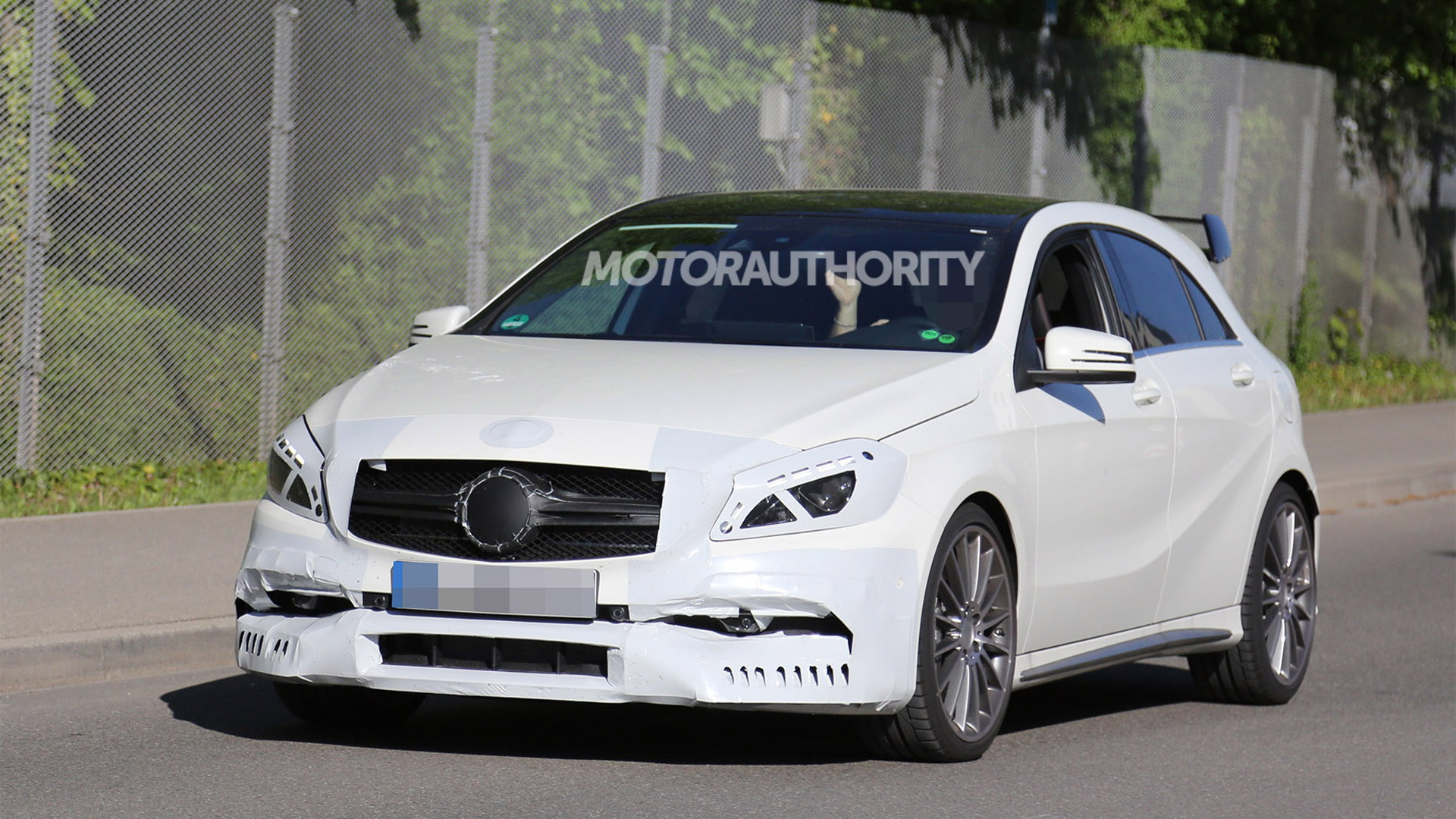 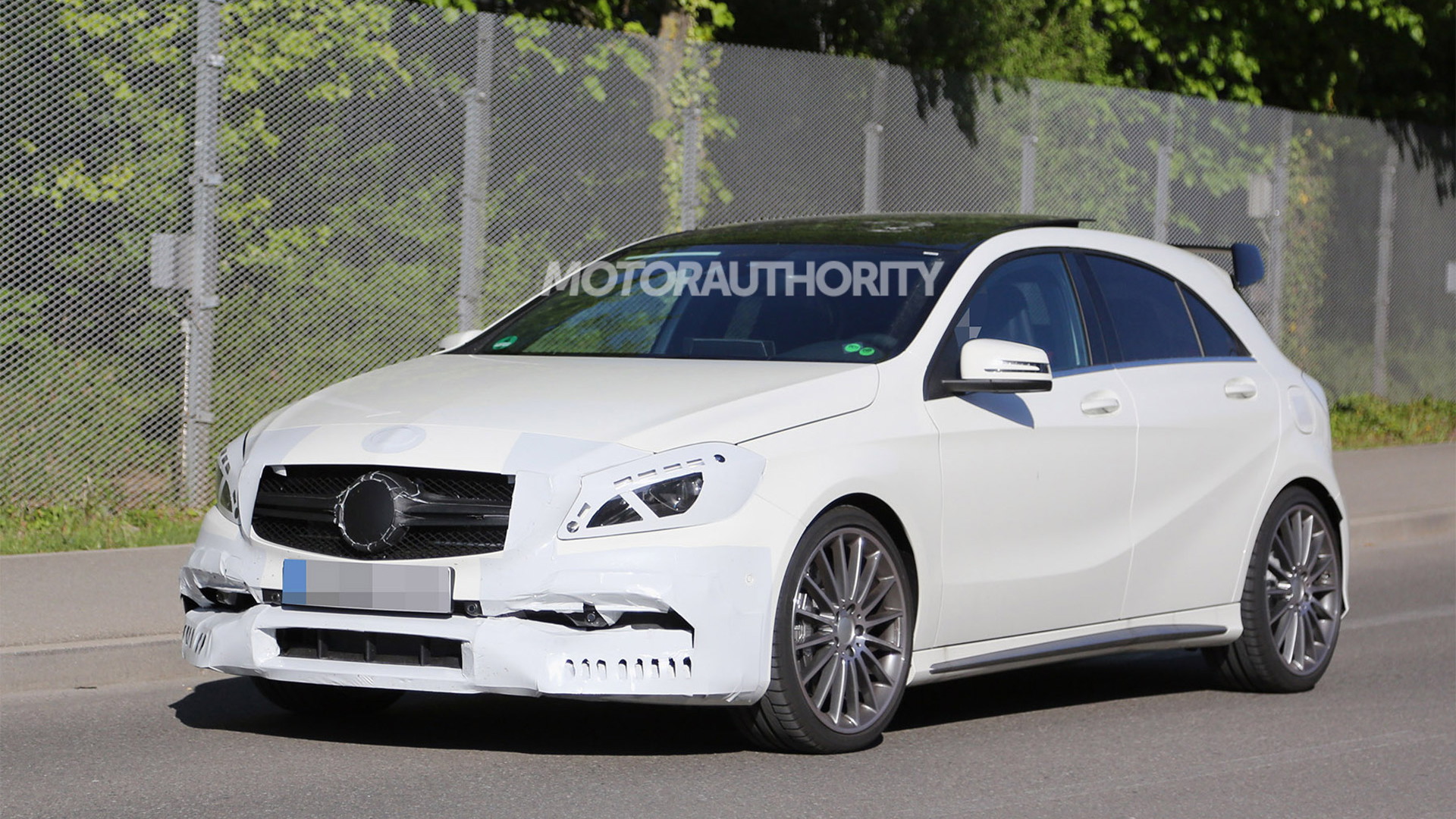 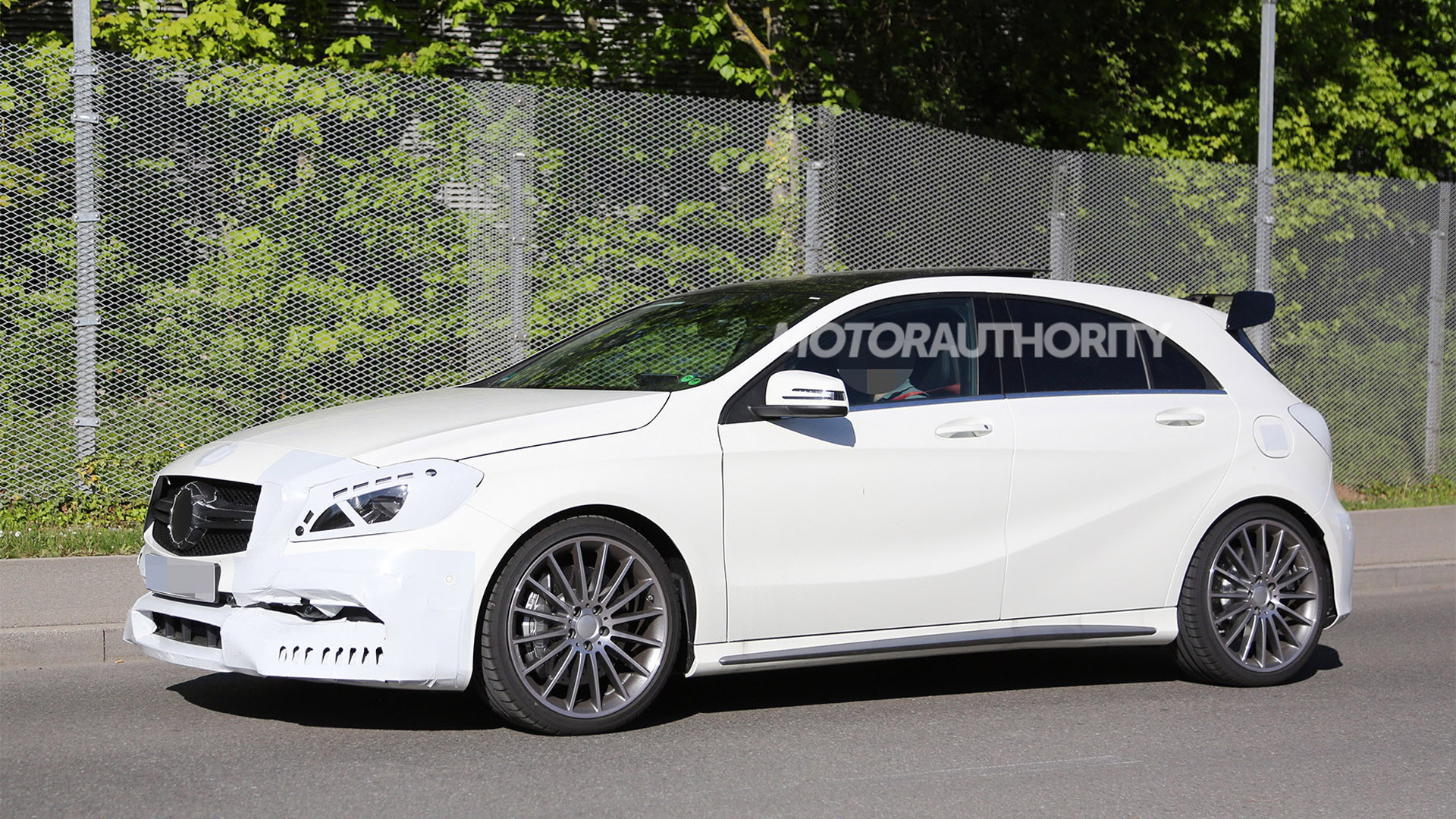 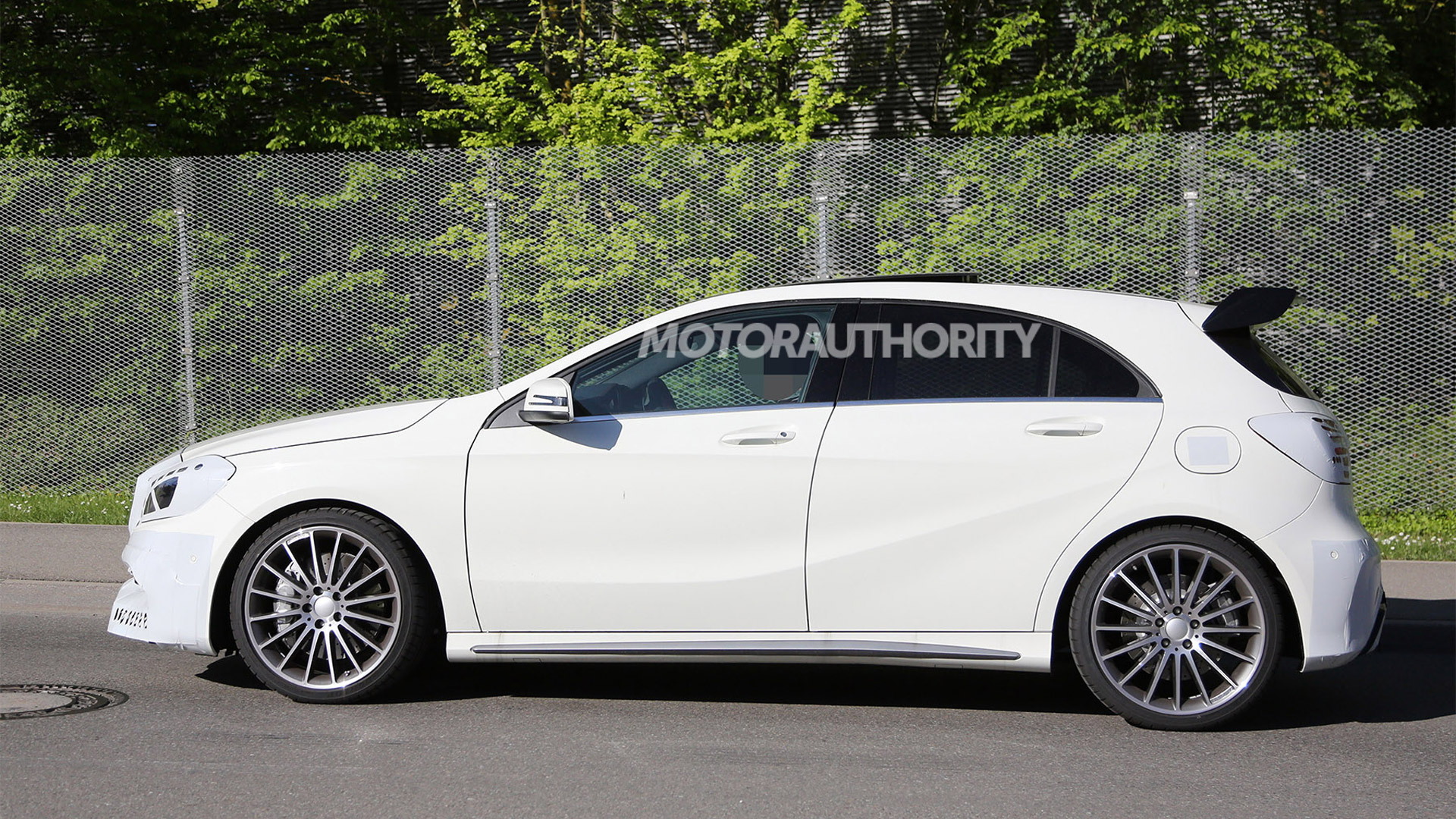 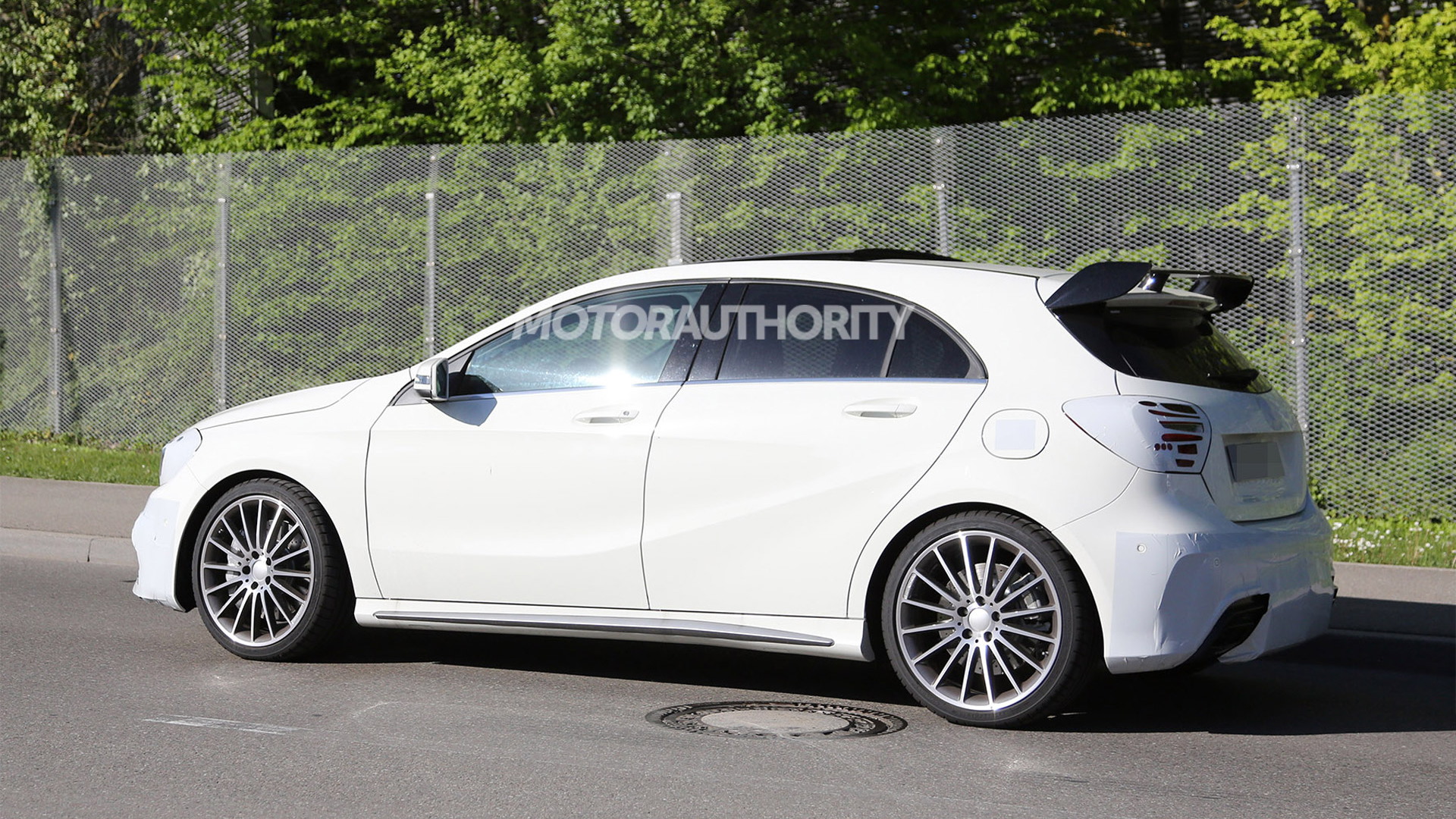 Mercedes-Benz is preparing a subtle facelift for its A-Class compact hatch sold overseas, and that means the high-performance A45 variant developed by Mercedes-AMG will receive the same round of updates. But beyond the visual tweaks common to the updated A-Class, we hear Mercedes-AMG’s engineers will also boost the performance of the A45 so that the car outmatches Audi’s latest RS 3.

The Audi’s turbocharged 2.5-liter five-cylinder engine rates in at 362 horsepower. By comparison, the current A45’s turbocharged 2.0-liter four is rated at a close 355 hp, so expect only a minimal increase in output. The car’s seven-speed dual-clutch transmission and all-wheel-drive system should remain intact.

These spy shots of a prototype reveal a new front bumper with larger intakes and an 'A-wing' splitter is in the works for the updated A45. The lights and grille also appear to be receiving a few tweaks and at the rear it looks like a new diffuser is hidden. Inside, we expect improved integration of the central display screen.

The updated A-Class range, including this A45 variant, is expected to debut later this year, possibly as early as the 2015 Frankfurt Auto Show in September. If not, we should see the cars at the 2016 Geneva Motor Show next March. Eventually, these same updates will be offered on Mercedes’ other compacts like the CLA and GLA sold here in the States. Mercedes’ oldest compact, the B-Class, was updated last year.