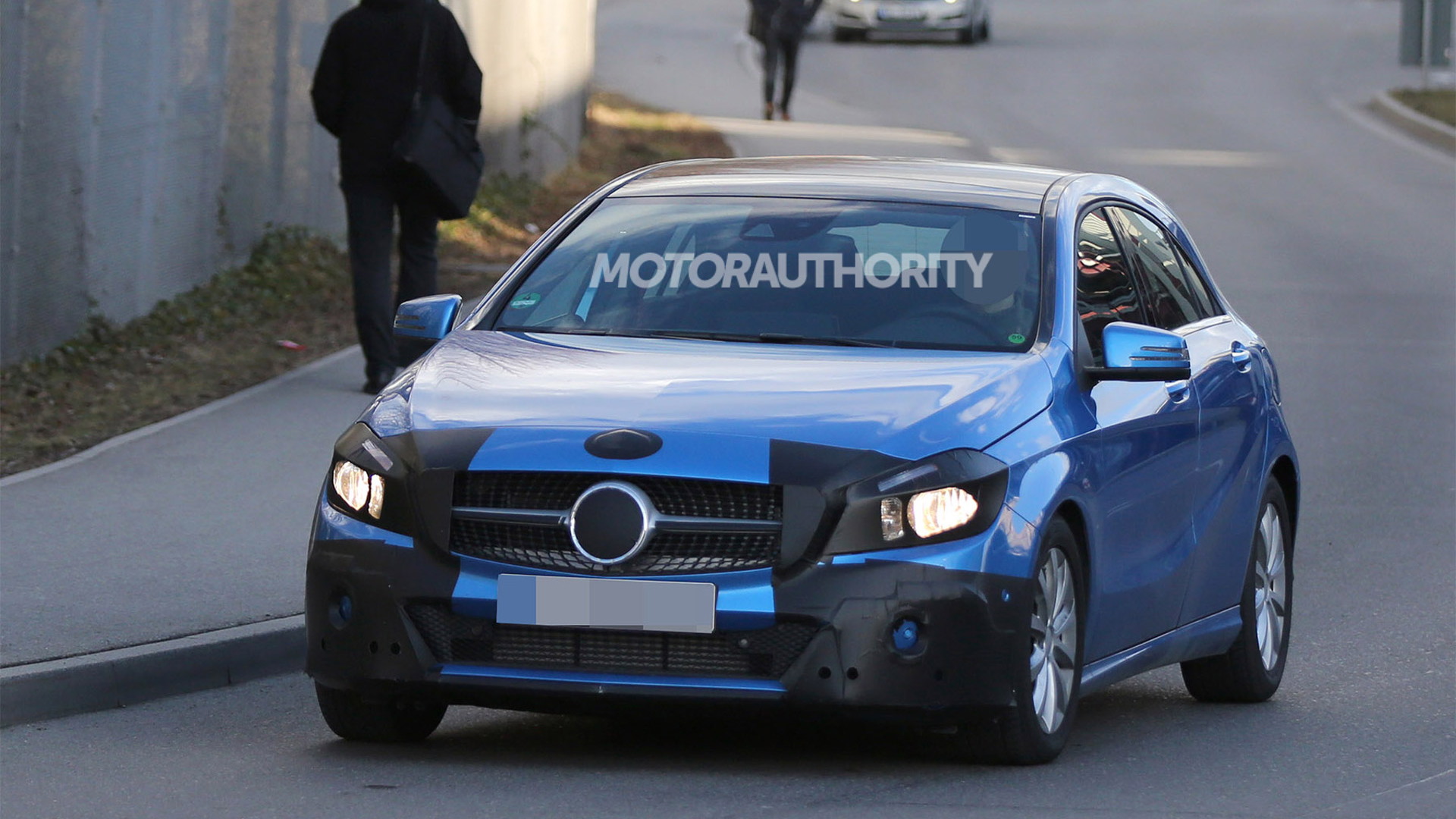 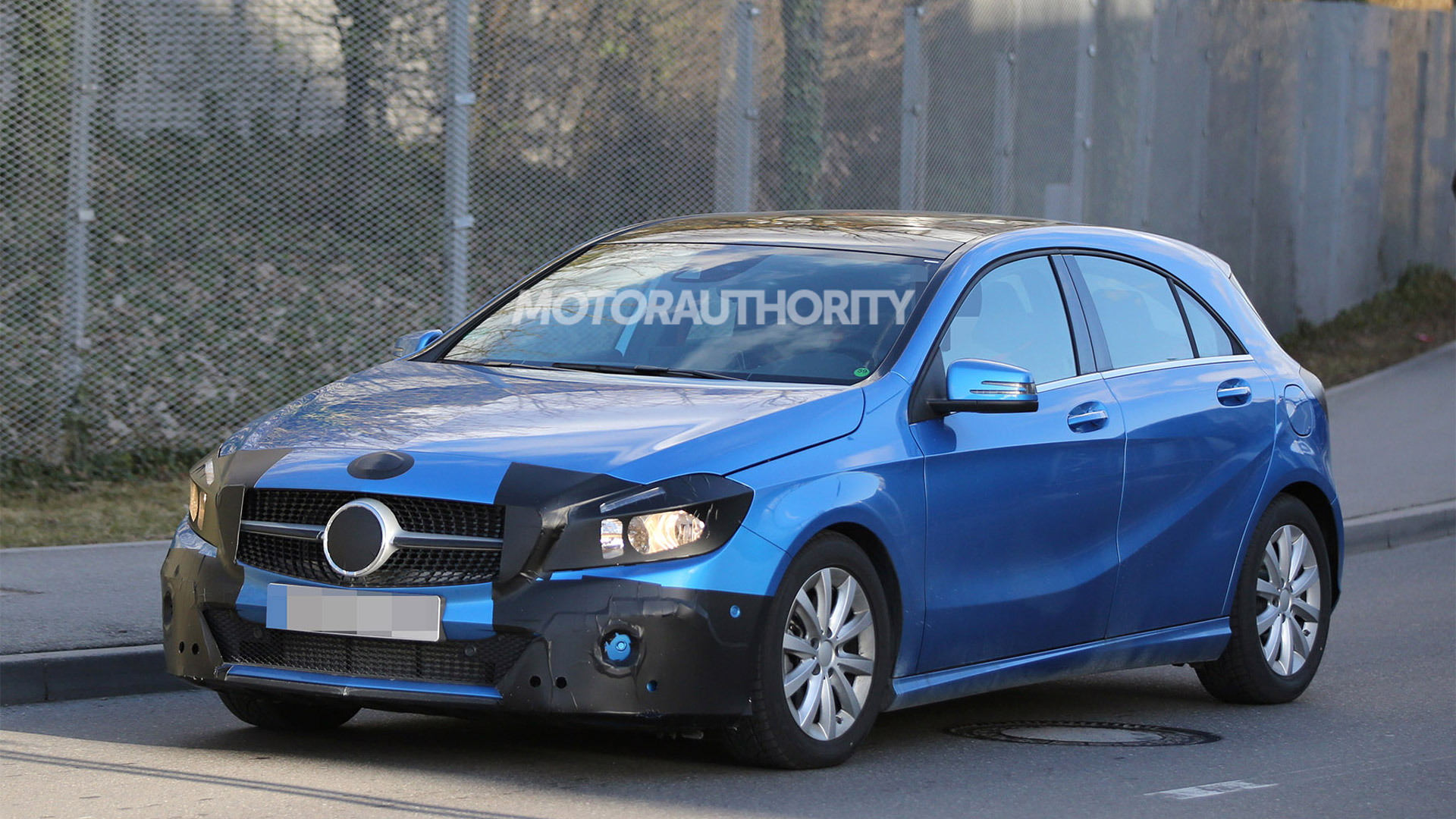 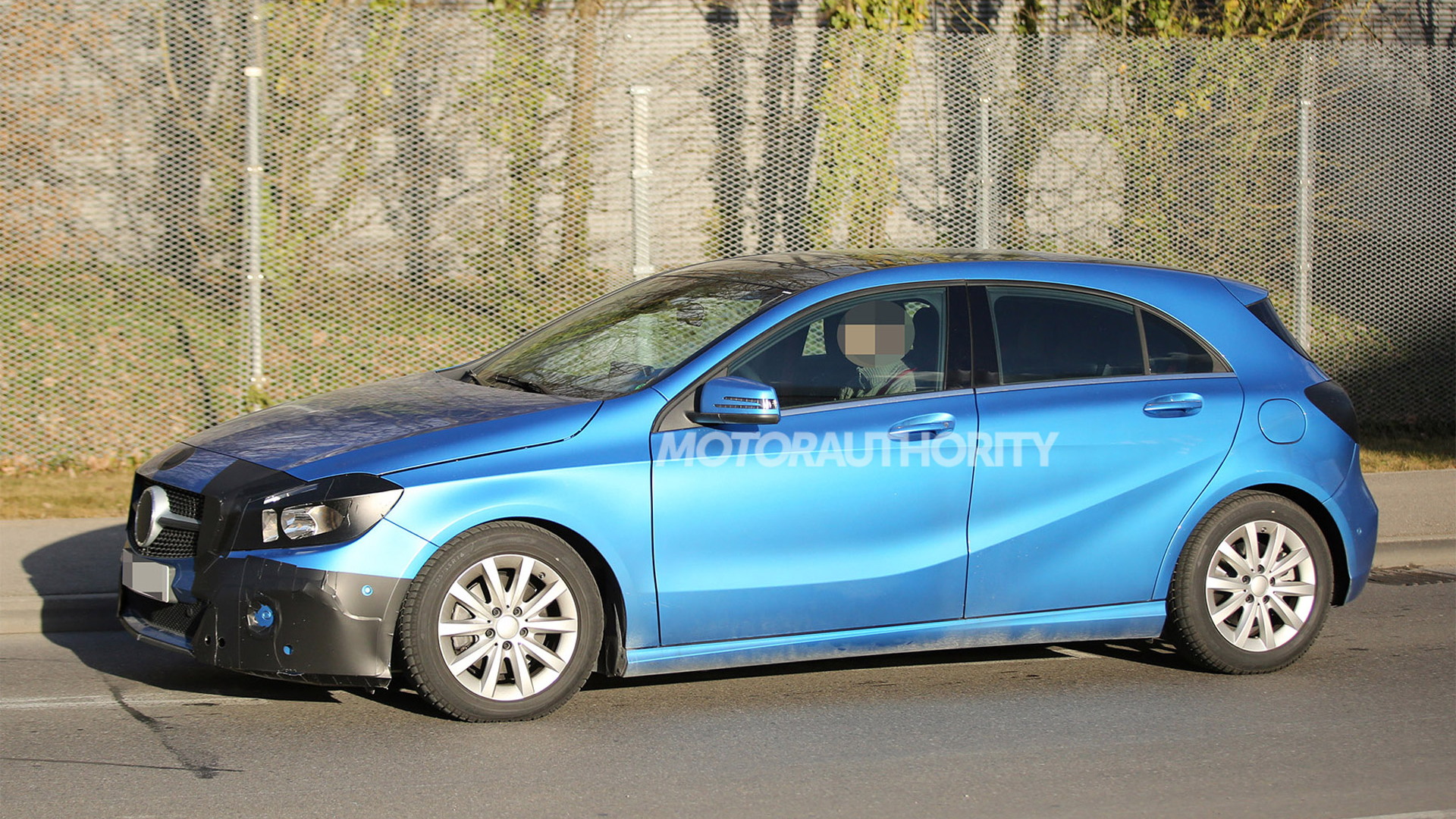 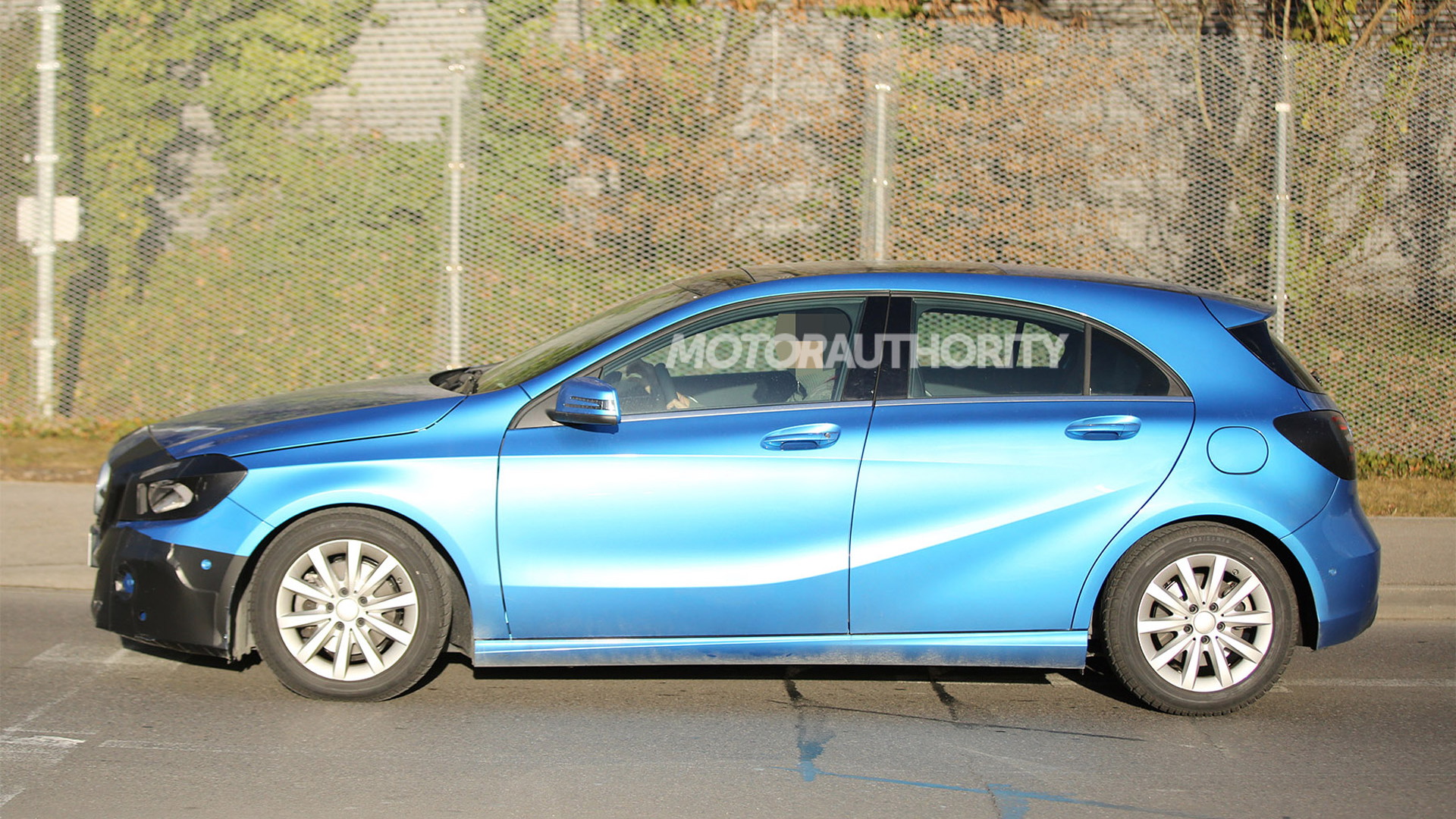 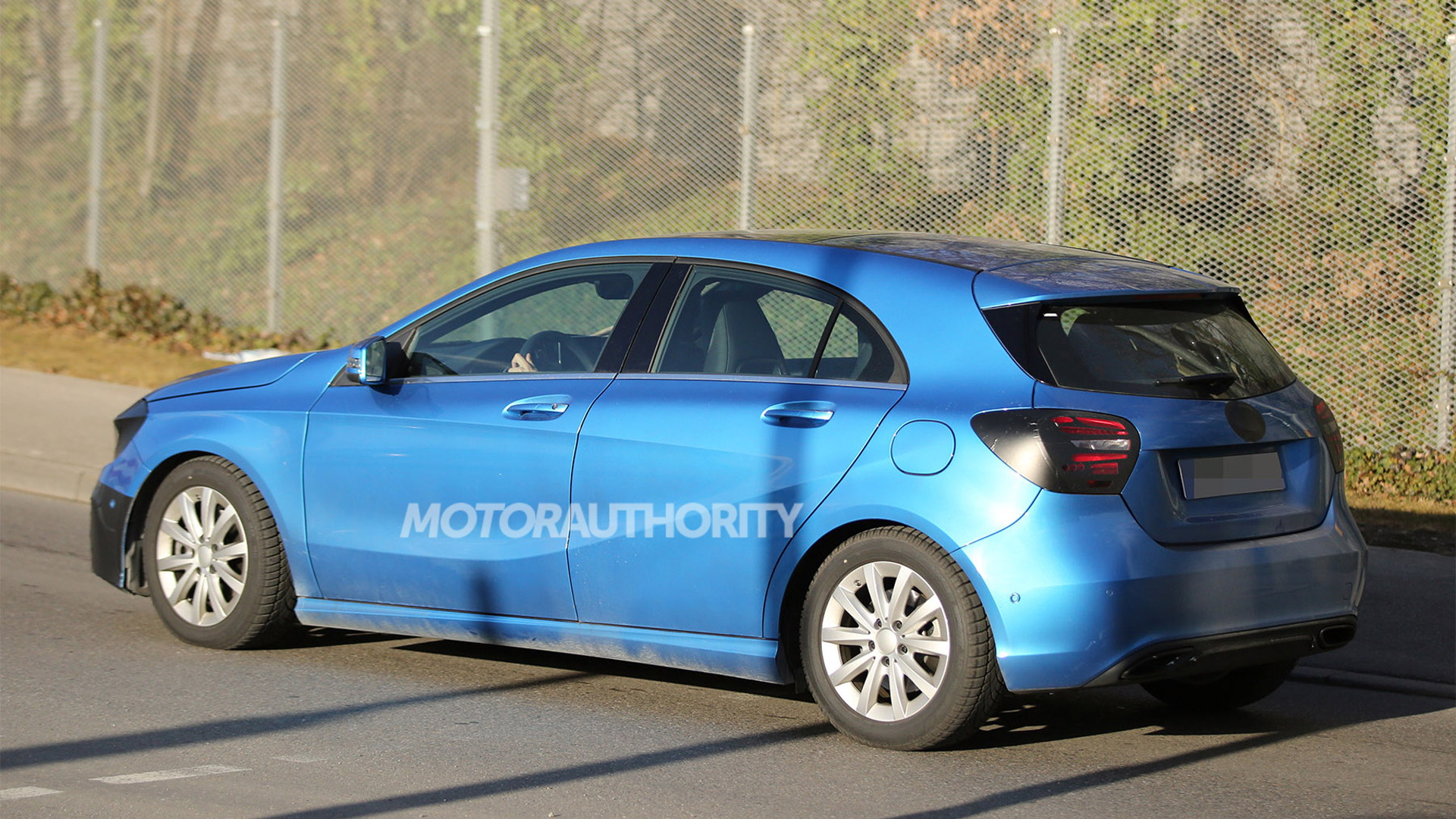 The latest A-Class saw a major shift in design for Mercedes-Benz’s entry-level nameplate, moving from the tall, MPV-like design of previous generations to a sportier, more dynamic hatchback shape. It proved to be a winning decision, as sales of the A-Class have never been higher.

The latest A-Class, the nameplate’s third generation, made its debut in 2012, so now the vehicle is due for a mid-cycle update. Prototypes for the updated A-Class have just been spotted, revealing that designers are planning only subtle changes for the car.

Those changes include a few tweaks to the internal elements of the lights, possibly a new shape for the grille, and a new front bumper. There will likely be an expanded color palette and some new wheel patterns, too.

We’re not sure yet of any updates for the standard model’s powertrain lineup but we hear that the potent A45 AMG variant may see its output bumped up to more than the 362 horsepower of Audi’s latest RS 3. The A45 AMG’s turbocharged 2.0-liter four is currently rated at 355 hp.

We’re expecting the updated A-Class to be revealed later this year, possibly at September's Frankfurt Auto Show. Unfortunately, there are no plans for sales in the U.S. That may change, however, with the arrival of a next-generation A-Class around 2018.