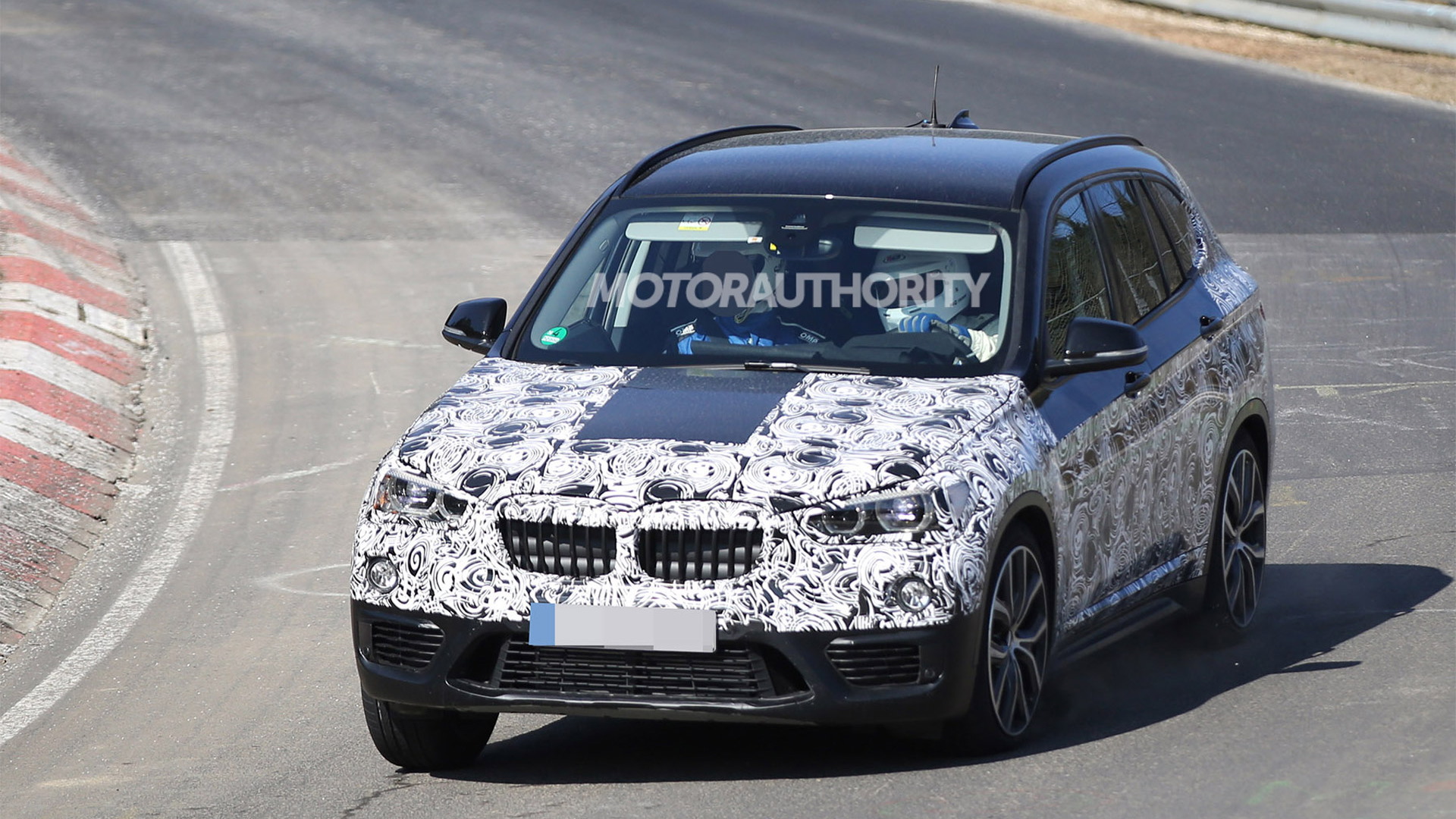 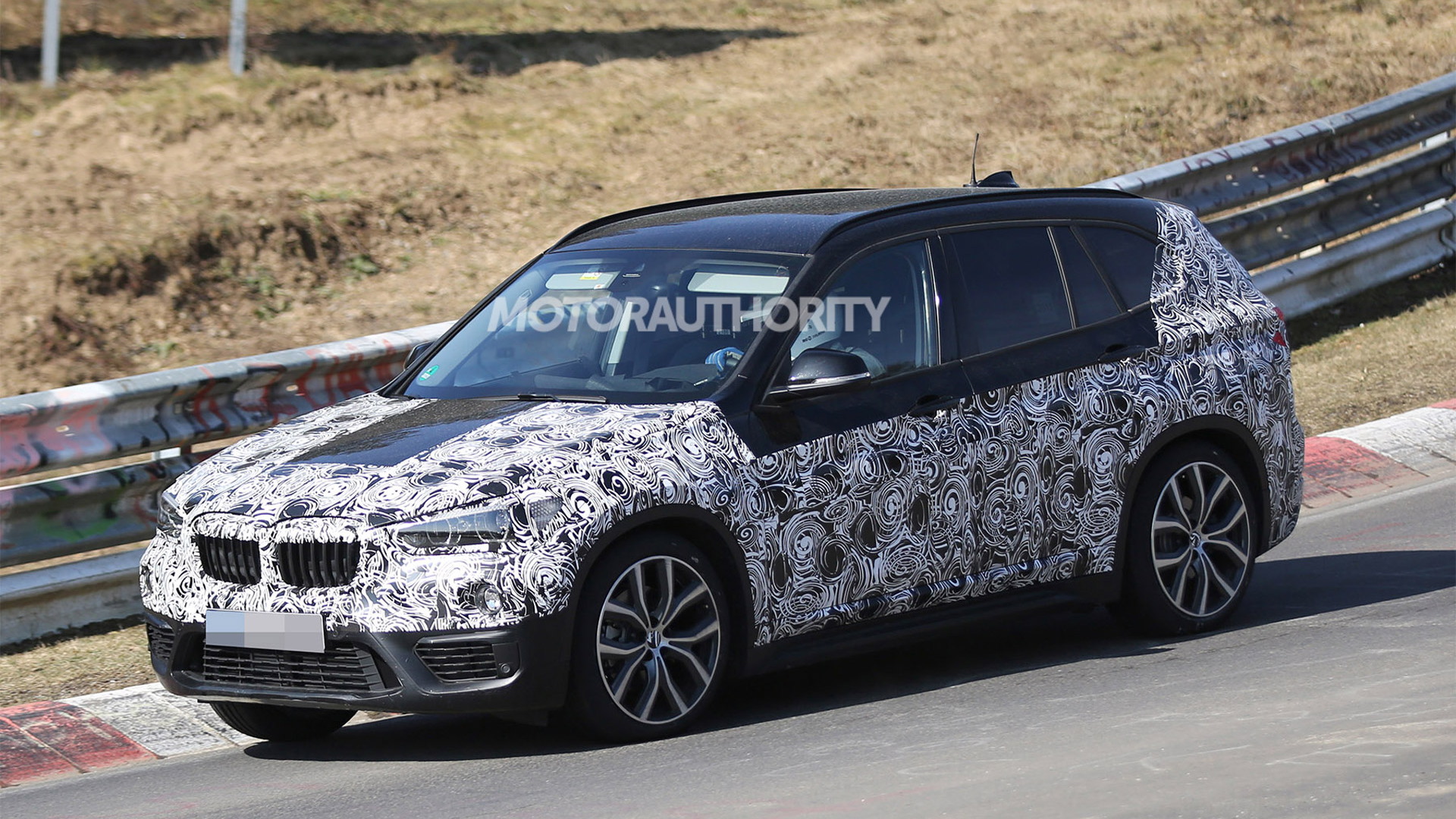 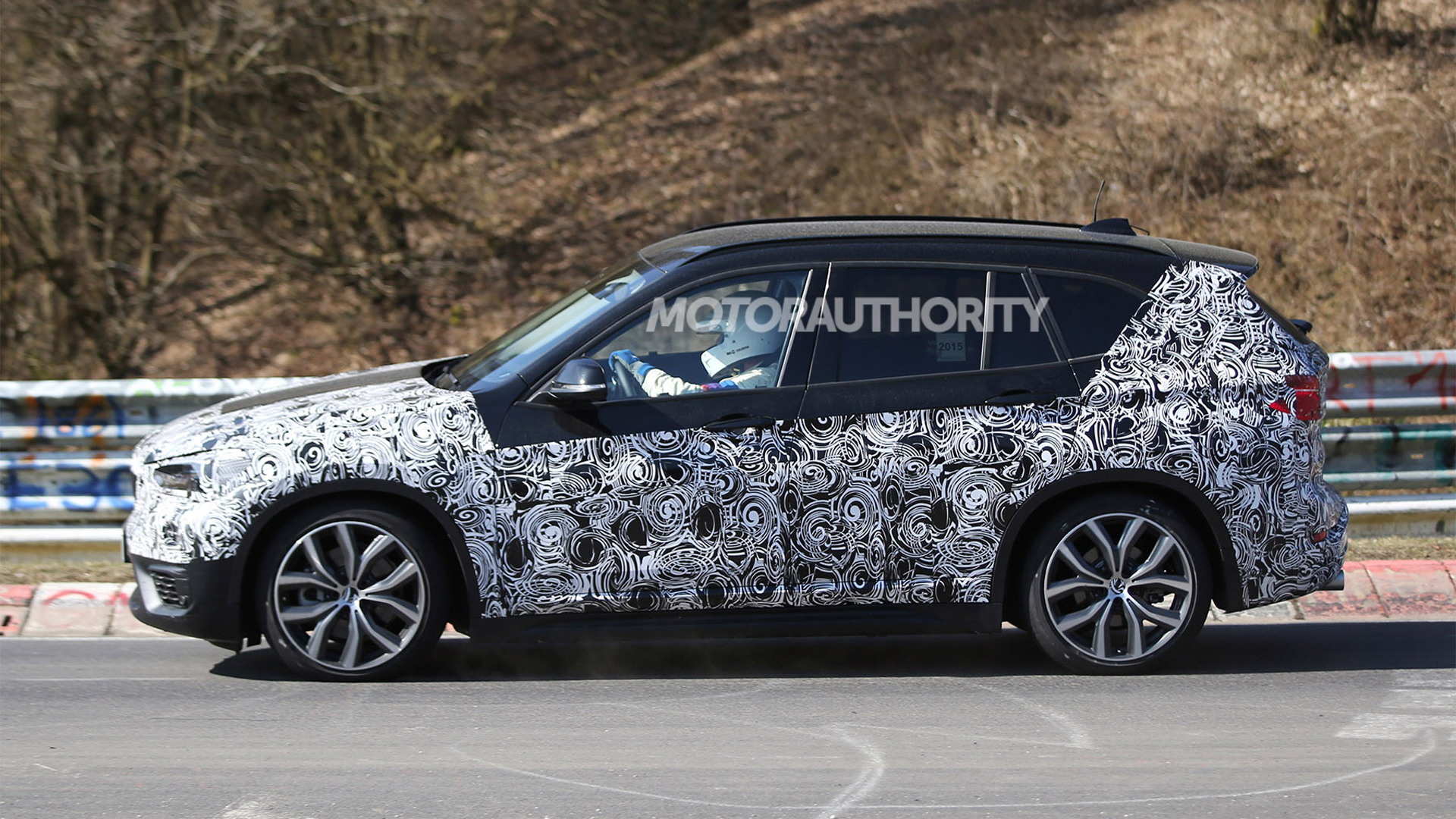 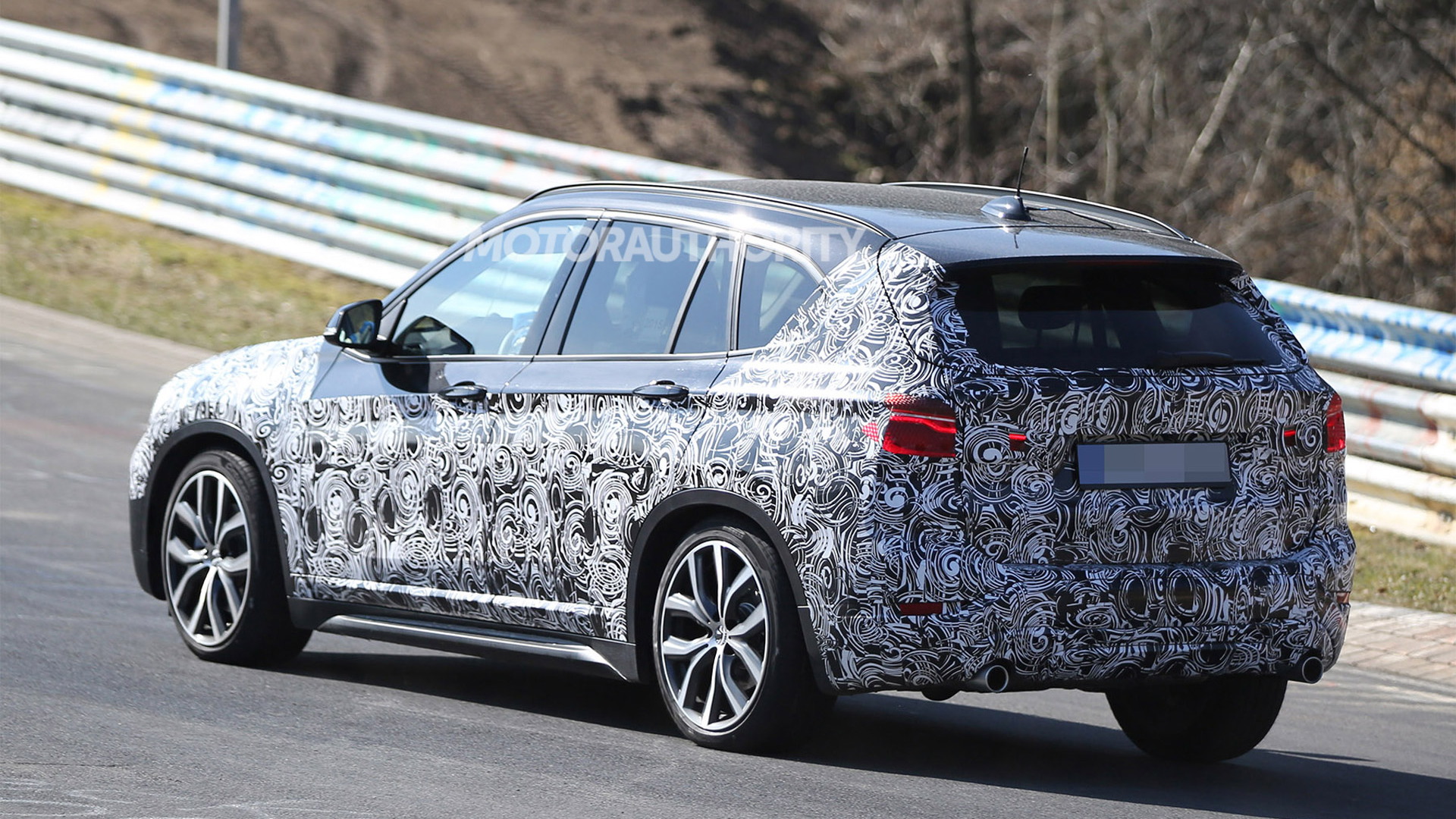 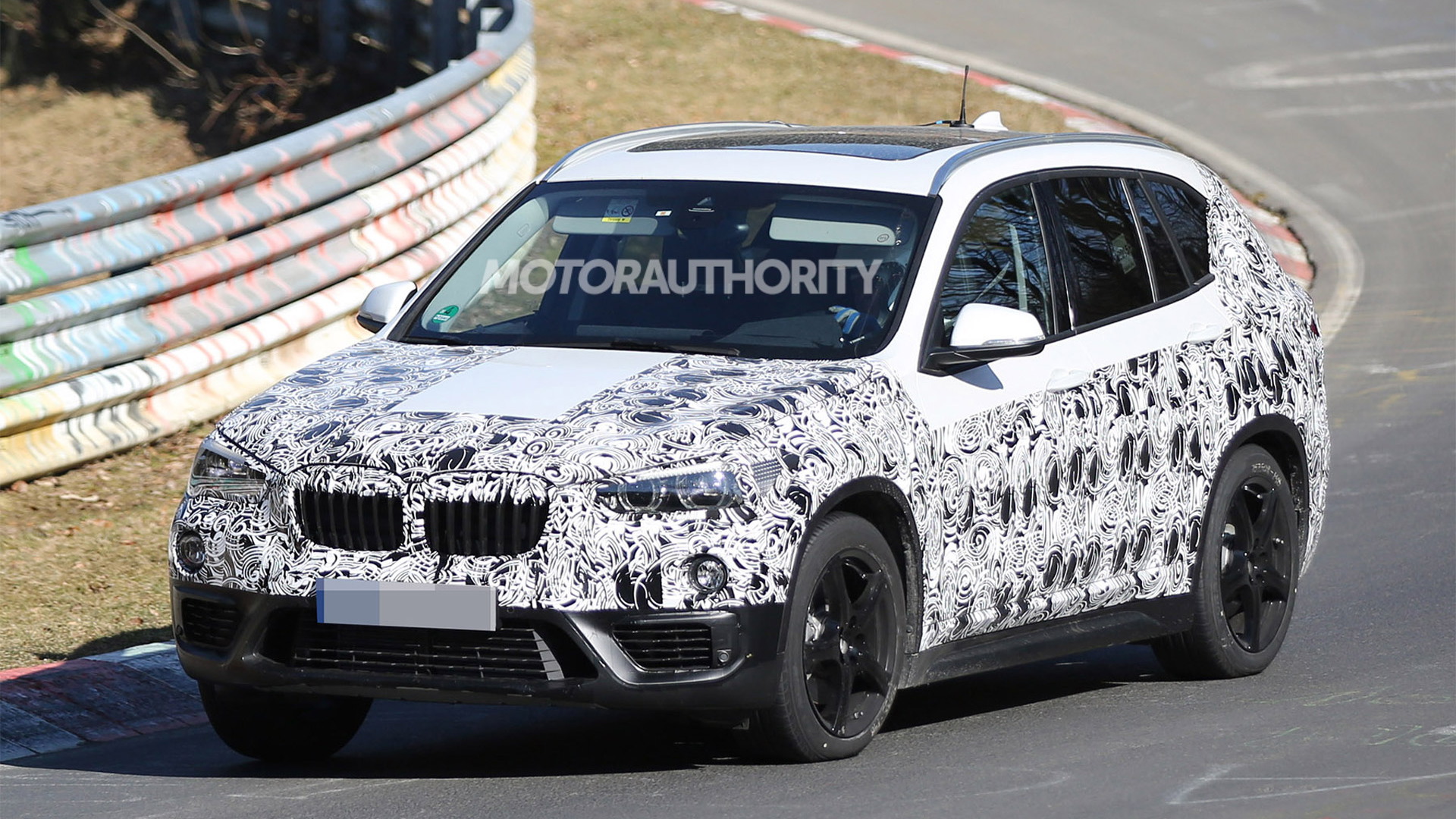 70
photos
The BMW X1 only reached U.S. shores in 2012 but overseas it’s been on sale since 2009. The vehicle received a host of updates for the 2015 model year, but these will be the last such updates before an entirely new model is introduced in the next six to 12 months, a prototype for which has been spotted once again. The prototype appears shorter than the current X1 and its styling, from what we can ascertain, much sleeker and sportier. The shorter length, particularly at the front end, is due to the new platform underpinning the car.

While the current X1 is based on the rear-wheel-drive platform of the BMW 1-Series Hatchback sold overseas, and is available with either rear- or all-wheel-drive configurations, the next-generation X1 will be adopting the UKL platform common to the 2-Series Active Tourer. The UKL comes with front-wheel drive in its most basic form but has the option of all-wheel drive thanks to a Haldex-style multi-plate clutch setup. It is this latter option that will feature predominantly in the next-generation BMW X1, though it should still come with front-wheel drive as standard.

A spy video of an earlier prototype shows the front wheels slipping when the vehicle tires to accelerate on a wet patch of road, confirming the front-wheel-drive configuration. This means the next-generation BMW X1 won’t be as sporty as the current model, though it should be just as capable when equipped with all-wheel drive. It should also be considerably more practical due to the better packaging of front-wheel-drive layouts.

BMW insiders have previously said a switch to a front-wheel-drive platform like the UKL means engineers will be able to improve packaging while also reducing production costs due to economies of scale (UKL will be used for a handful of future MINIs and BMWs). Interior space in particular is expected to grow thanks to the transverse mounting of the engine. On top of this, BMW is also believed to be working on a new seven-seat X1, though this particular variant is unlikely to be offered in the U.S.

In the engine department, BMW will likely fit its new B48-series 2.0-liter turbo four for vehicles delivered to the U.S. The present most powerful version of this engine develops 231 horsepower. Overseas, buyers are likely to have the choice of some diesels as well as BMW’s B38-series 1.5-liter three-cylinder engines. Transmissions should include six-speed manual and eight-speed automatic units.

We expect this new X1 to be revealed in the coming months, with sales to commence towards the end of the year. A stretched version with third-row seats has also been spotted, but this model is not expected to be offered in the U.S.