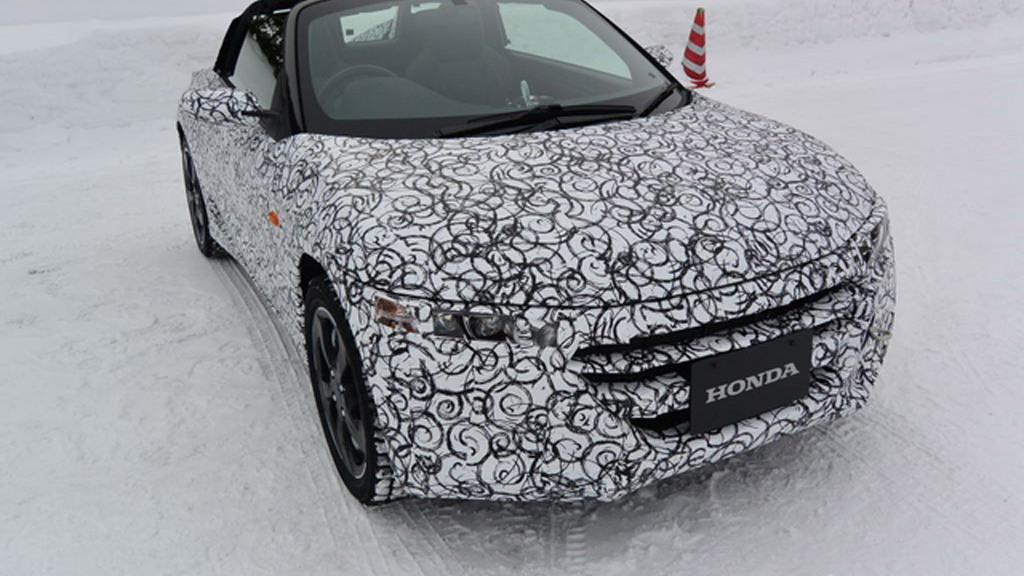 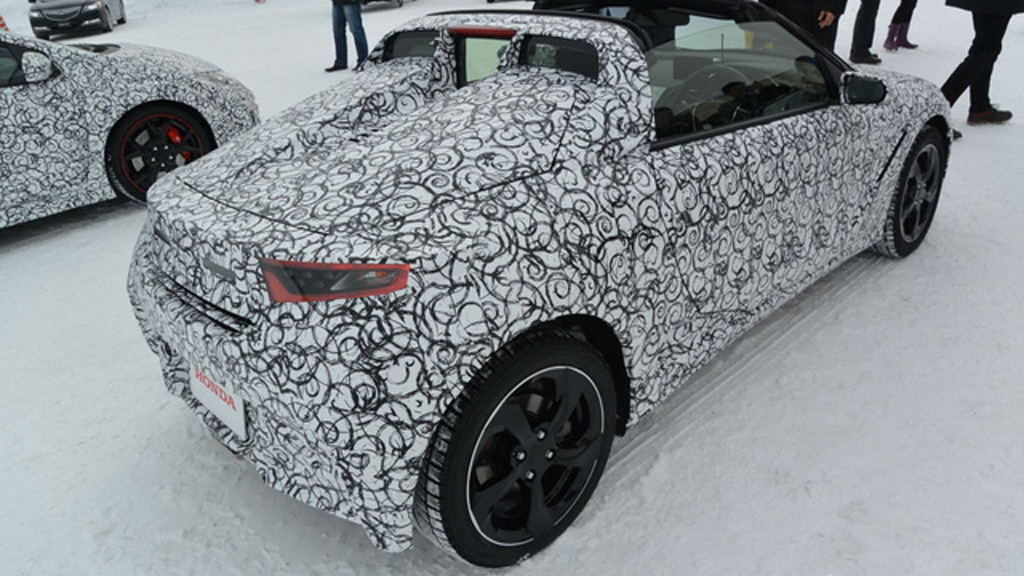 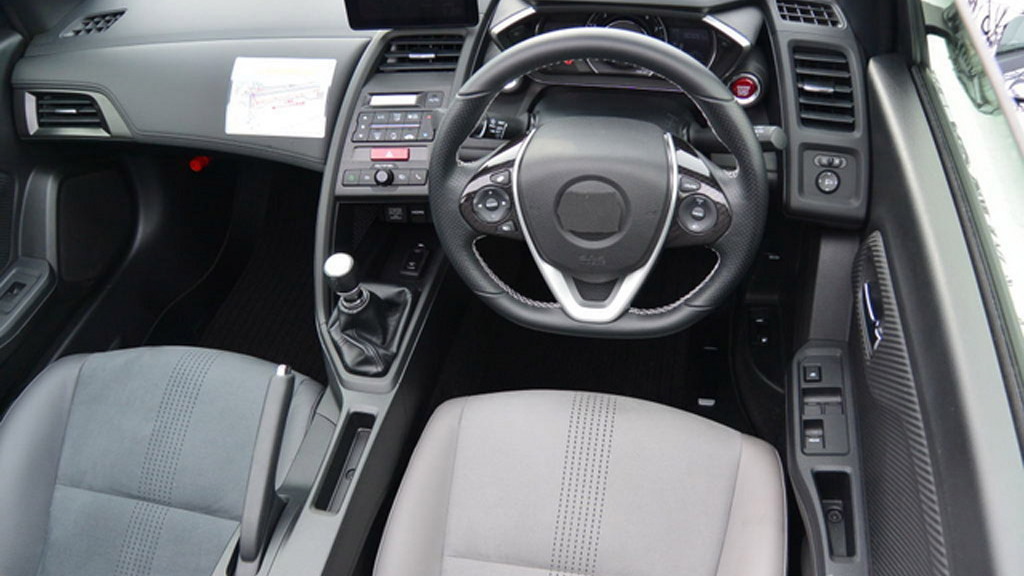 6
photos
Honda’s tiny S660 mid-engine sports car that we first saw in concept form two years ago is set to enter production later this year, and now we have spy shots of one of the final prototypes for the upcoming ‘Kei’ car, the Japanese name for minicars.

The production S660, which may end up reviving the Beat name used on a similar car back in the ‘90s, is expected to be part of a trio of new mid-engine sports cars from the Japanese automaker that will include the new NSX as well as a rumored S2000 replacement sitting in the middle.

The lines of the S660 in production trim appear similar to those of the concept, although the interior is not as futuristic and has lost the digital instrument cluster and center console shown previously. It looks like a regular manual transmission has been fitted, too, instead of the concept’s CVT, though we could still see the CVT made available.

As for the engine, this is likely to be a turbocharged 660-cc three-cylinder engine rated at 64 horsepower, as previewed by the S660 concept. The 660-cc displacement of the engine is what gives the car its name.

Sadly, the production S660 isn’t due in showrooms. That’s a shame, because we could see an affordable, mid-engine sports car that costs as much to run as a cell phone proving popular with the tuner scene and buyers just entering the market. For more of the spy shots, head over to Response.