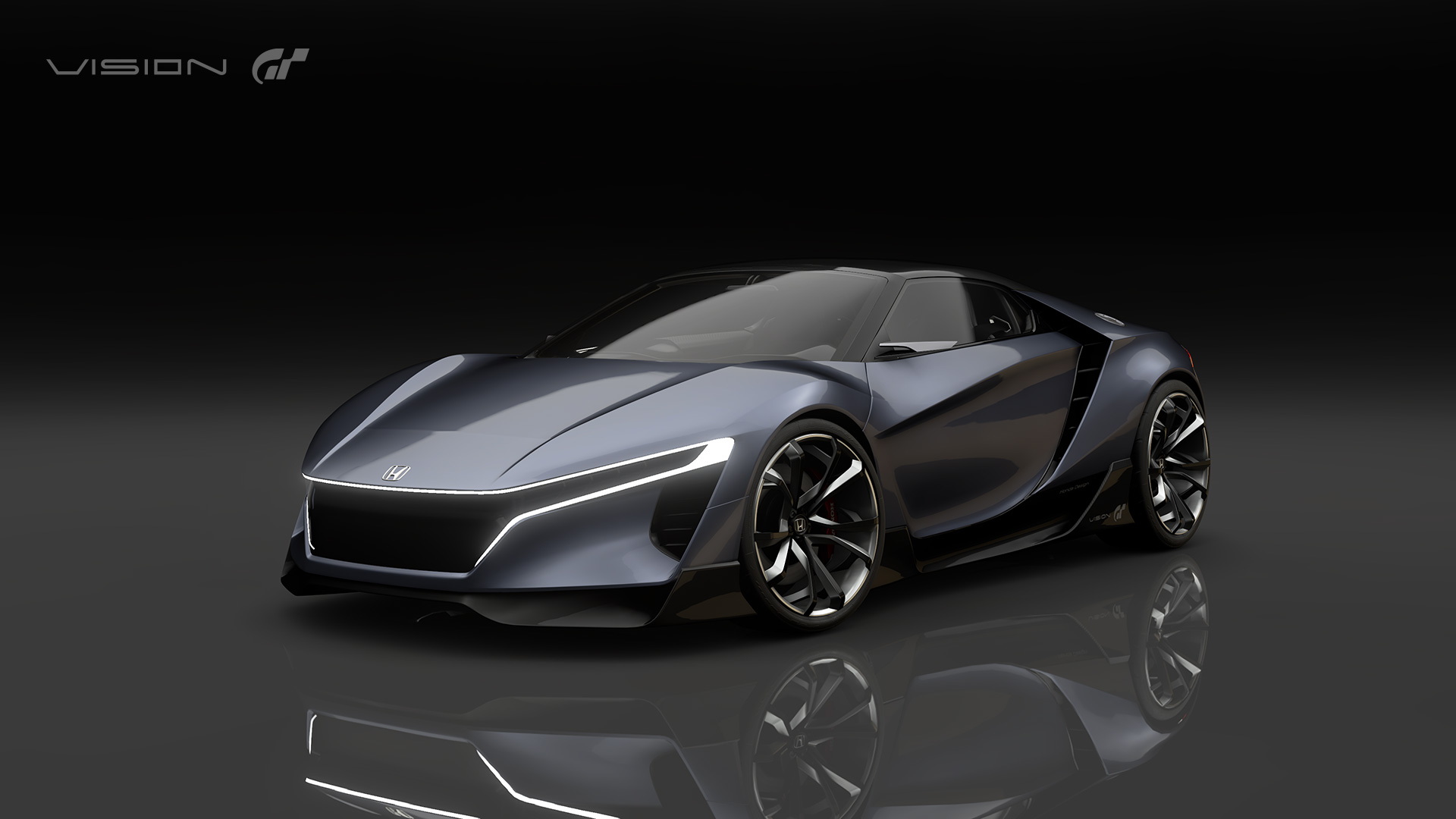 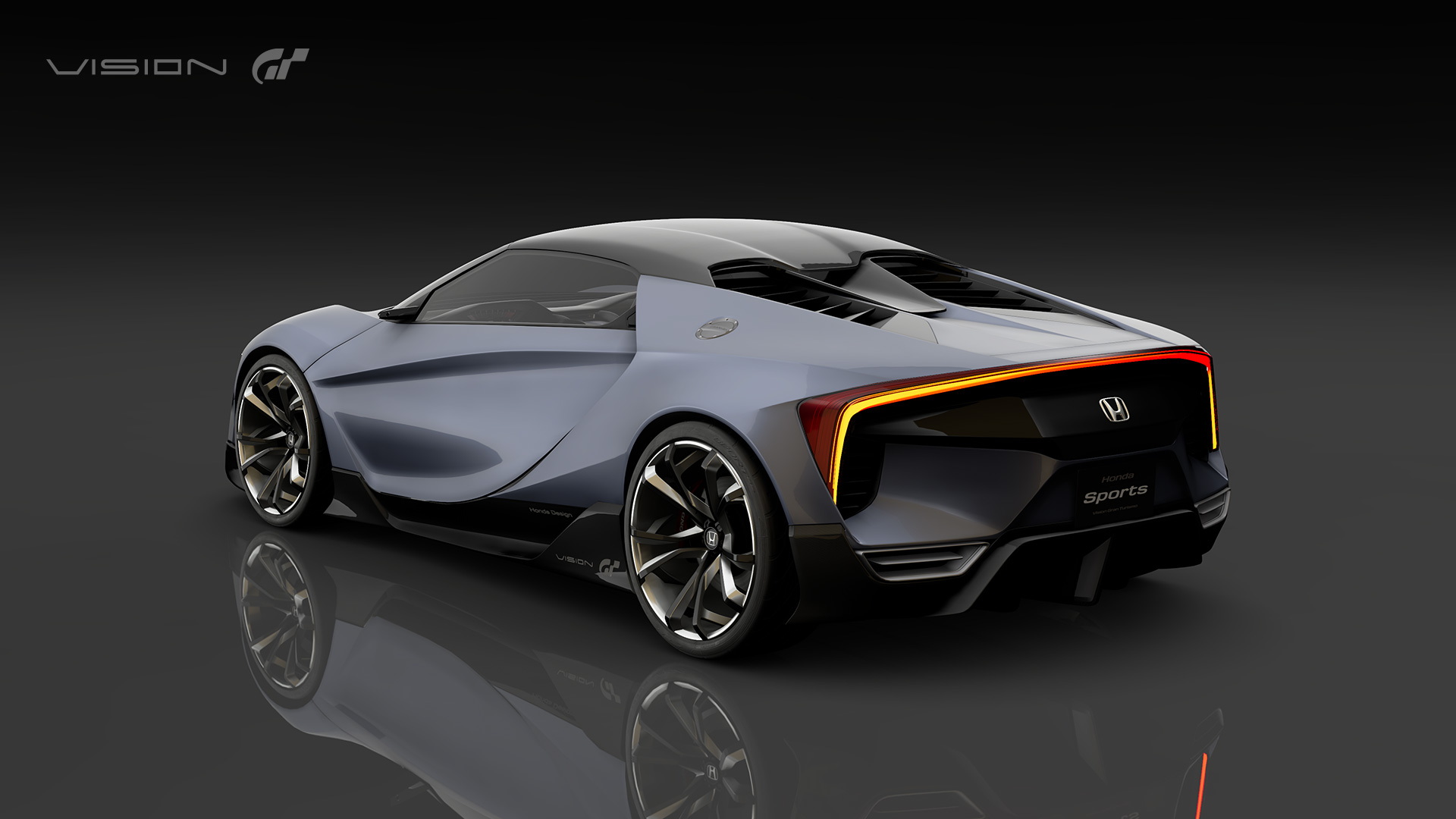 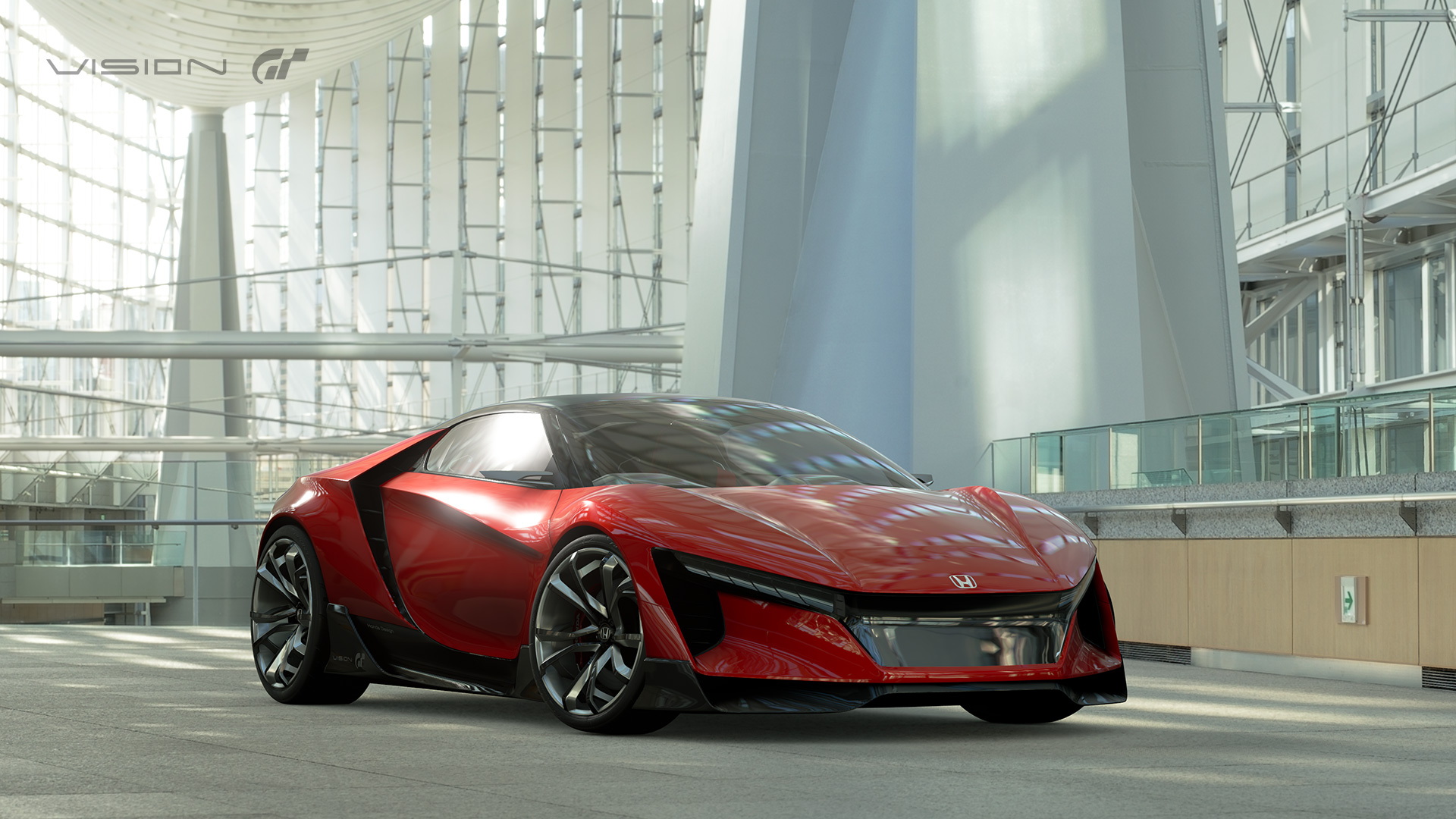 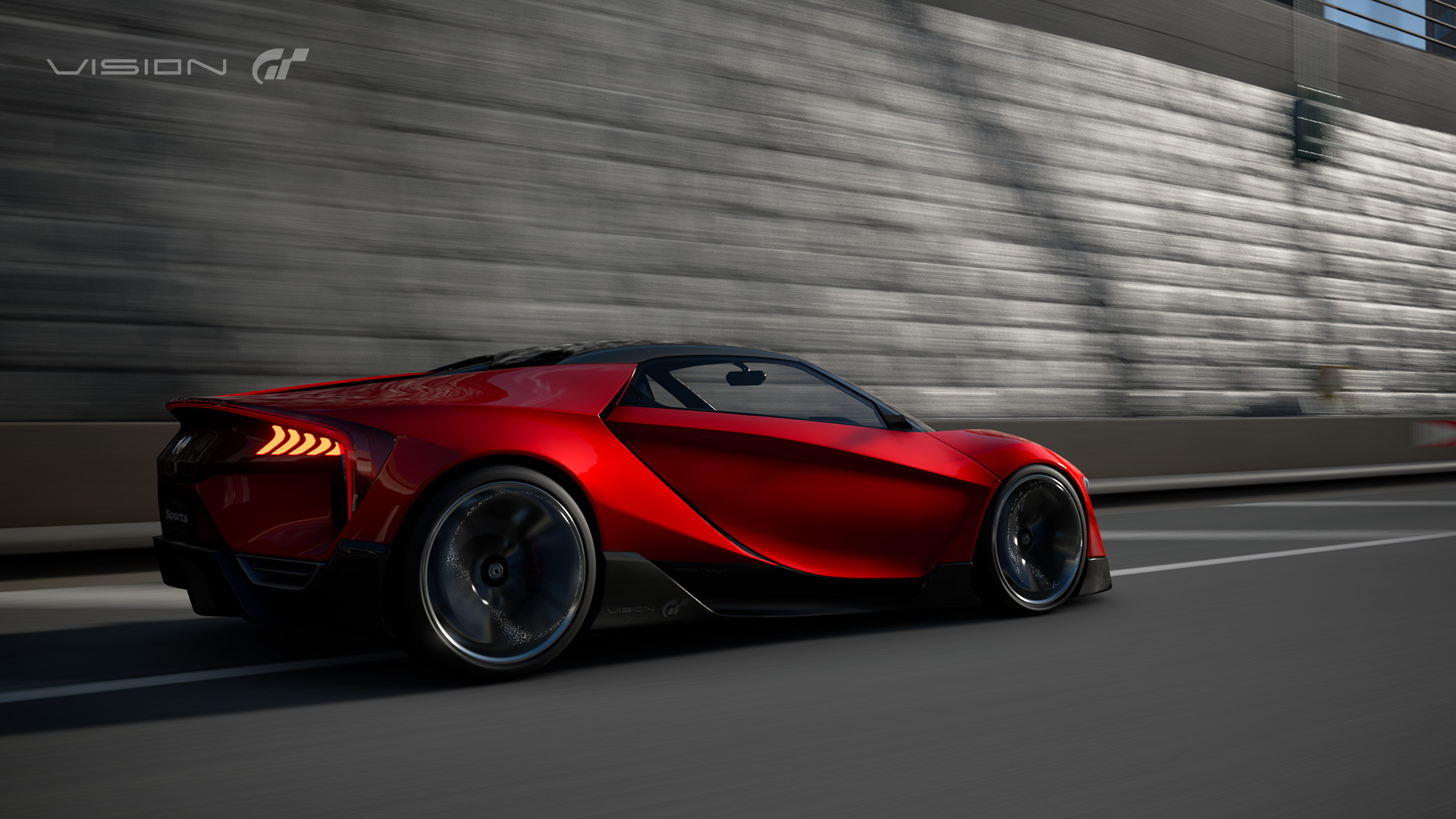 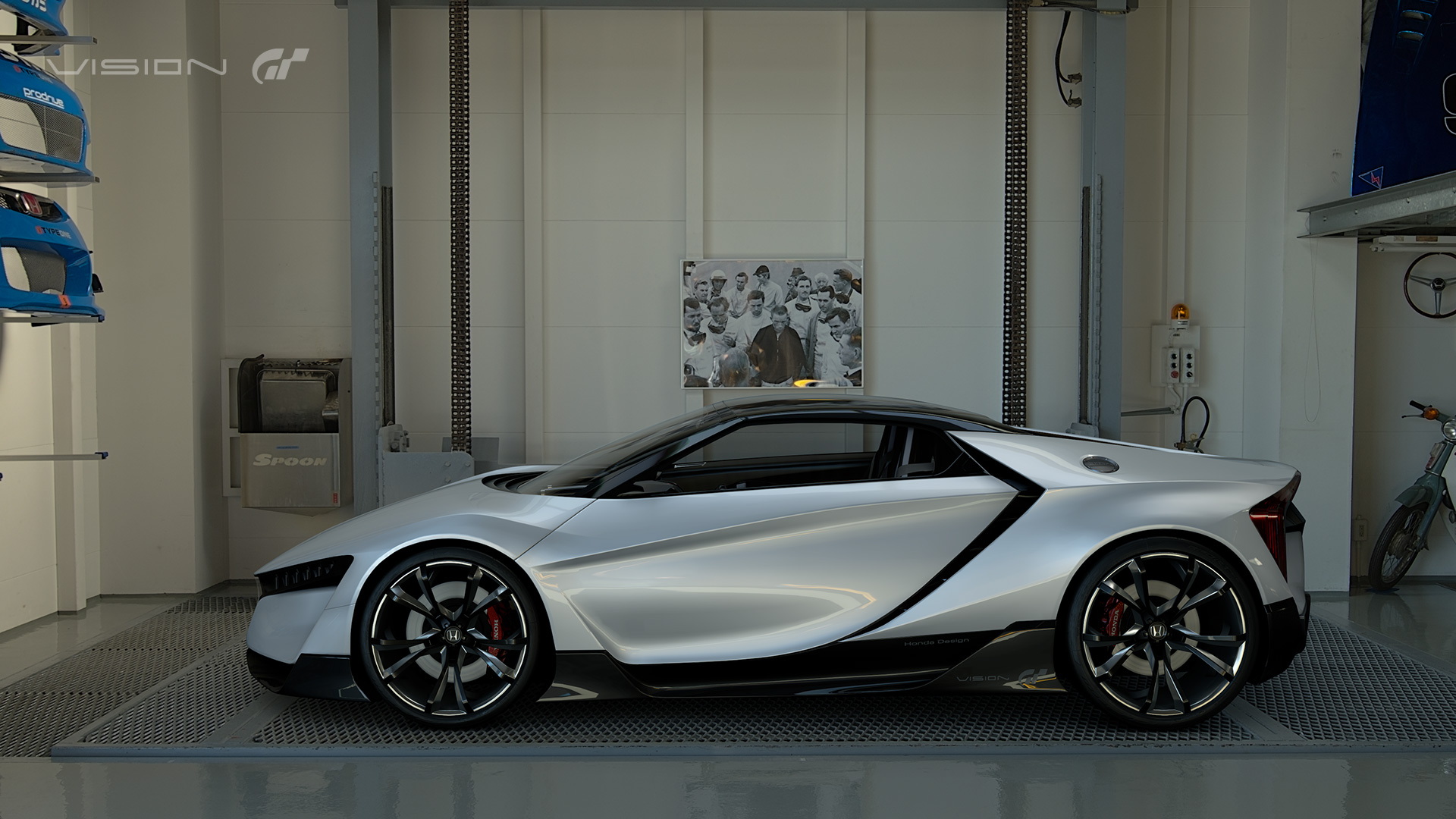 The identity of the mysterious mid-engine Honda sports car that’s been surfacing in patent drawings over the past two years has been determined.

Sadly, the car isn’t a concept previewing a potential S2000 successor, as many had hoped. Rather, it’s Honda’s entry for the Vision Gran Turismo program which challenges automotive design houses to come up with the ultimate grand tourer for the virtual world.

The car is called the Honda Sports Vision Gran Turismo, and it’s one of 162 cars in total featuring in the new video game “Gran Turismo Sport” for Sony’s PlayStation. Other Hondas featuring in the game include the Civic Type R, NSX and Project 2&4 concept.

The Honda Sports Vision GT is a 2-seater coupe whose proportions make it look as though it is about to propel itself forward. Everything was tested in a wind tunnel in the same manner Honda would conduct for a production car. Particular attention was paid to the flow and exhaust of air passing through the body, underfloor, cabin, and engine bay.

Carbon fiber is utilized in many parts of the body, helping the car to weigh just 1,982 pounds. Power comes from the same 2.0-liter turbocharged inline-4 fitted to the Civic Type R, though here it’s dialed up to 404 horsepower. This power is then transferred to the road via an 8-speed dual-clutch transmission.

Sadly, Honda has confirmed the Sports Vision GT is strictly a concept developed for the virtual world. 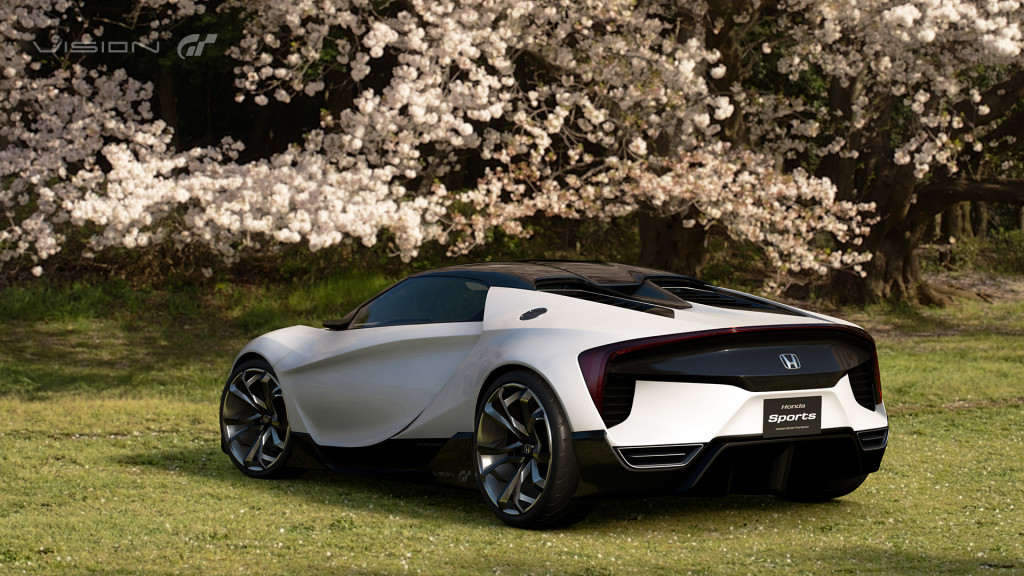 We wouldn’t give up hope on Honda adding a sports car to its lineup just yet, though. Honda recently patented the design for a targa top in the United States, so perhaps there could still be an open-top sports model of some sort being developed by the automaker.

We also know that Honda dealers in the U.S. are clamoring for a proper halo model, which their counterparts overseas benefit from in the form of the NSX. The supercar only wears an Acura badge in North America and China. Elsewhere, it sports the Honda “H” logo.

Note, there’s another mid-engine sports car with styling that comes very close to matching the aggressive lines of the Honda Sports Vision Gran Turismo, and this one you can actually buy today. We’re talking about the Rezvani Beast which can be had as an Ariel Atom-based roadster or Lotus Elise-based coupe.