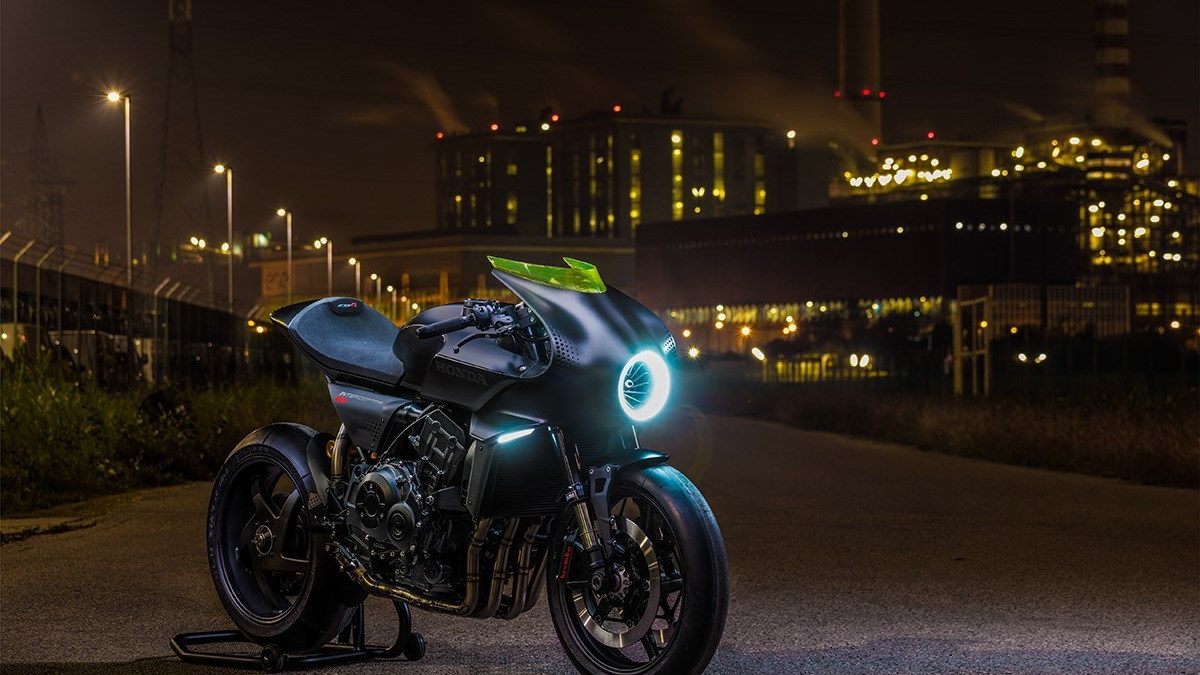 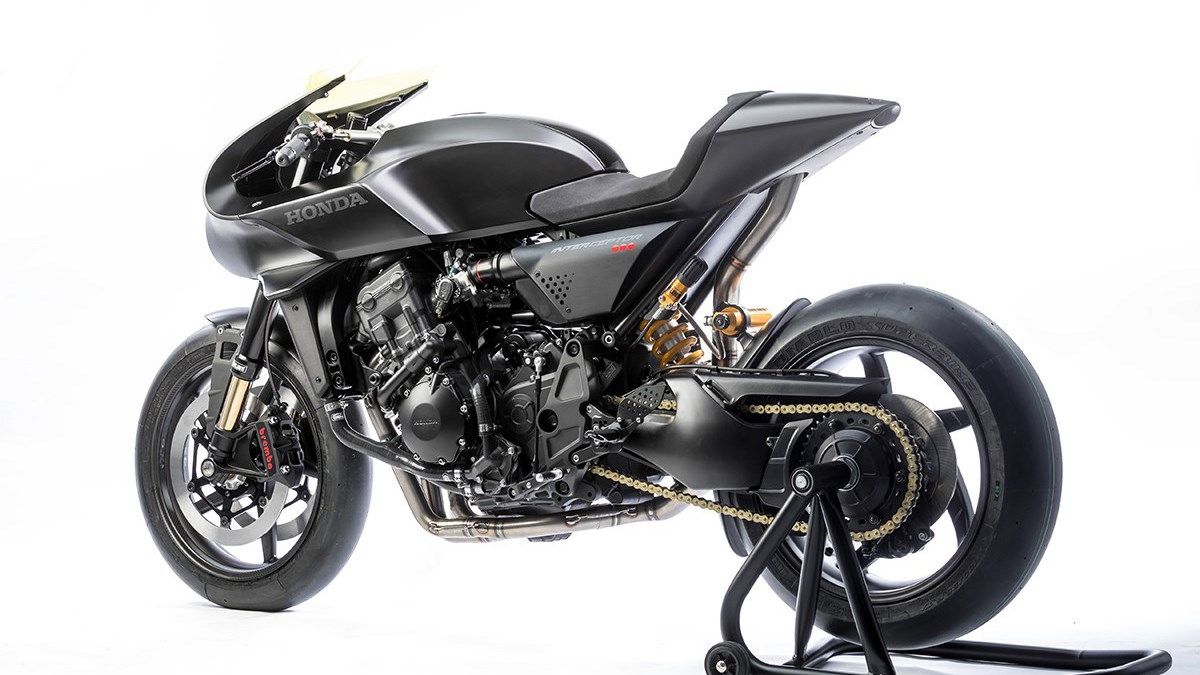 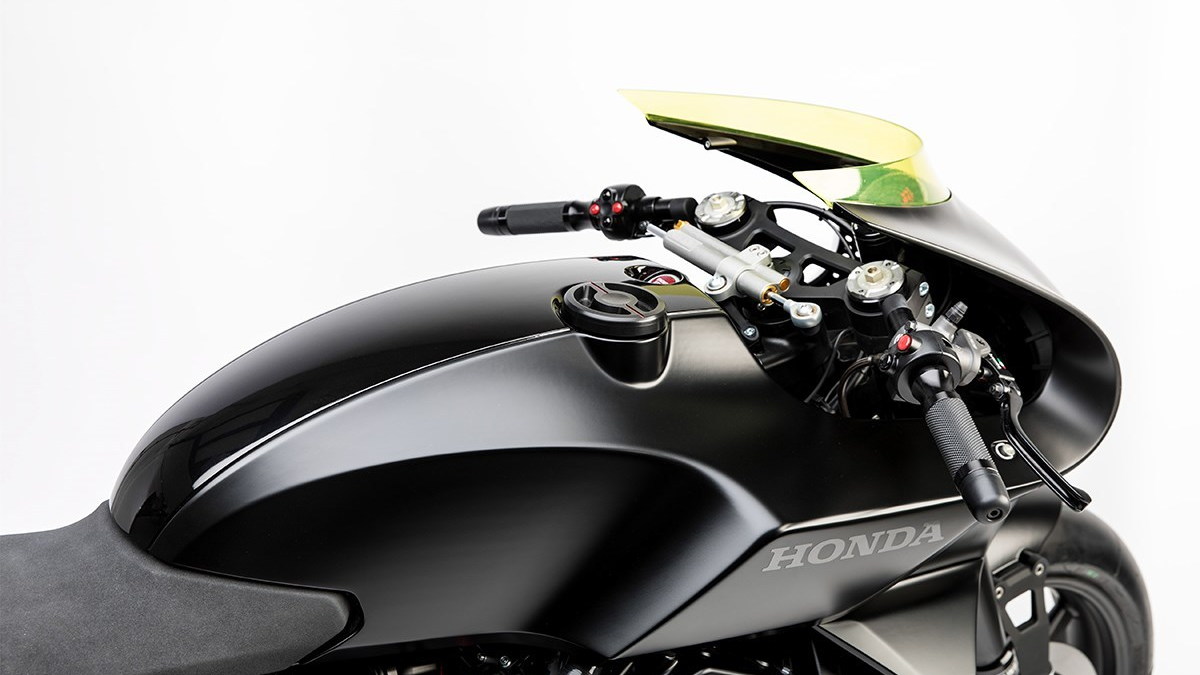 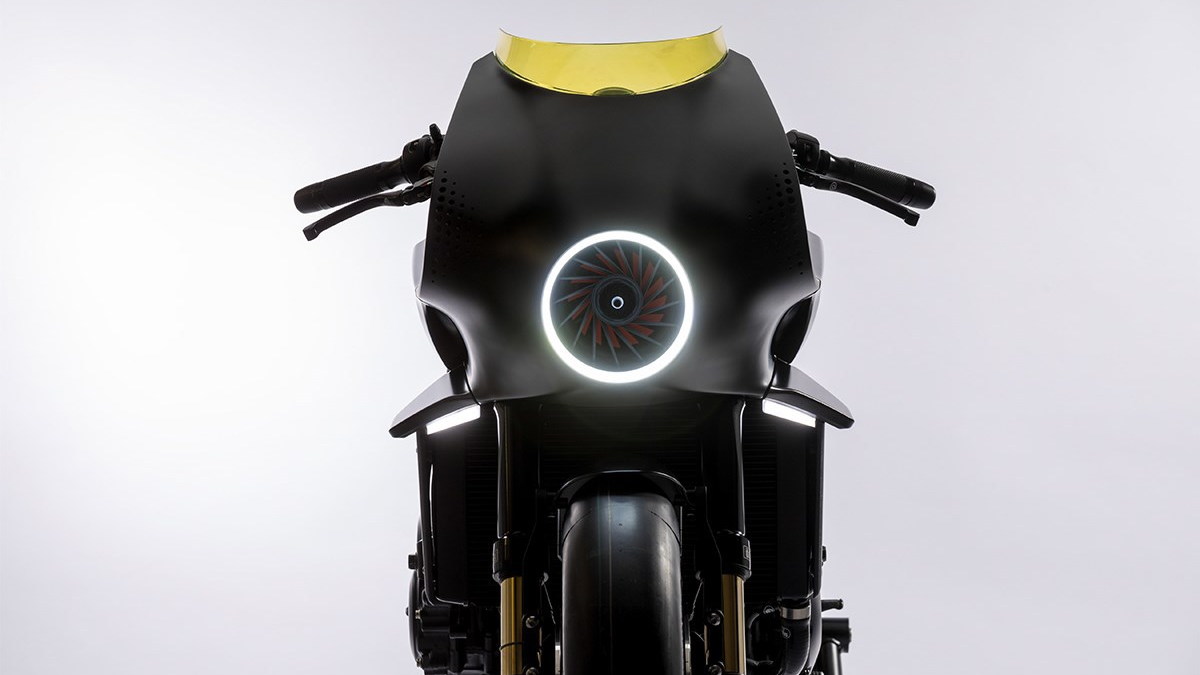 Honda arrived at the 2017 EICMA, or Milan Motorcycle Show, on Monday to debut two production motorcycles, the CB1000R and CB300R, but the Japanese bike maker had one last surprise for showgoers. Following the production bikes, Honda showed a follow-up to the 2015 CB4 Concept, the CB4 Interceptor Concept.

The concept motorcycle, designed and built by Honda's Rome, Italy, research and development center, attempts to mold the cafe-racer style with an endurance bike and features a retro design. Cafe racers normally focus on speed and handling over comfort, but the CB4 Interceptor aims to bridge the gap between the styles.

The bike also features a rather novel, yet somewhat odd, piece of technology. At the front of the CB4 Interceptor Concept sits a fan, which uses wind power to generate energy. Said energy specifically powers a touchscreen unit embedded into the CB4 Interceptor's tank. Honda says the screen can handle GPS navigation, emergency phone calls, and general connectivity features. The brand also touts the wind-powered generator as green technology, though it seems a bit redundant if the bike already has a standard charging system. Nonetheless, it is neat, especially how designers integrated the unit into the front headlight.

From what Honda shared, the motorcycle is merely a design exercise and doesn't necessarily preview any future product or technology, so don't look for CB4 Interceptors on the road anytime soon.