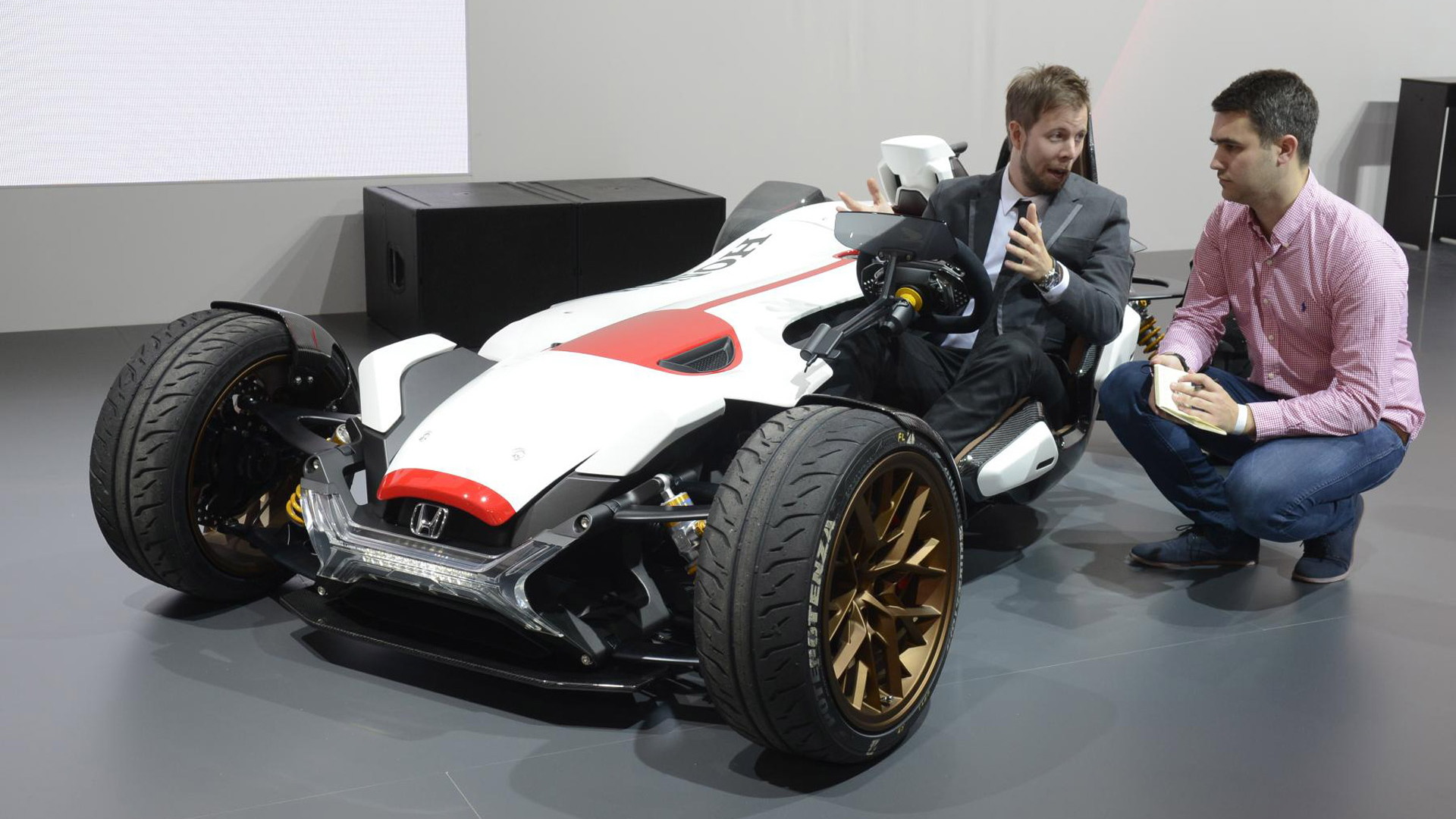 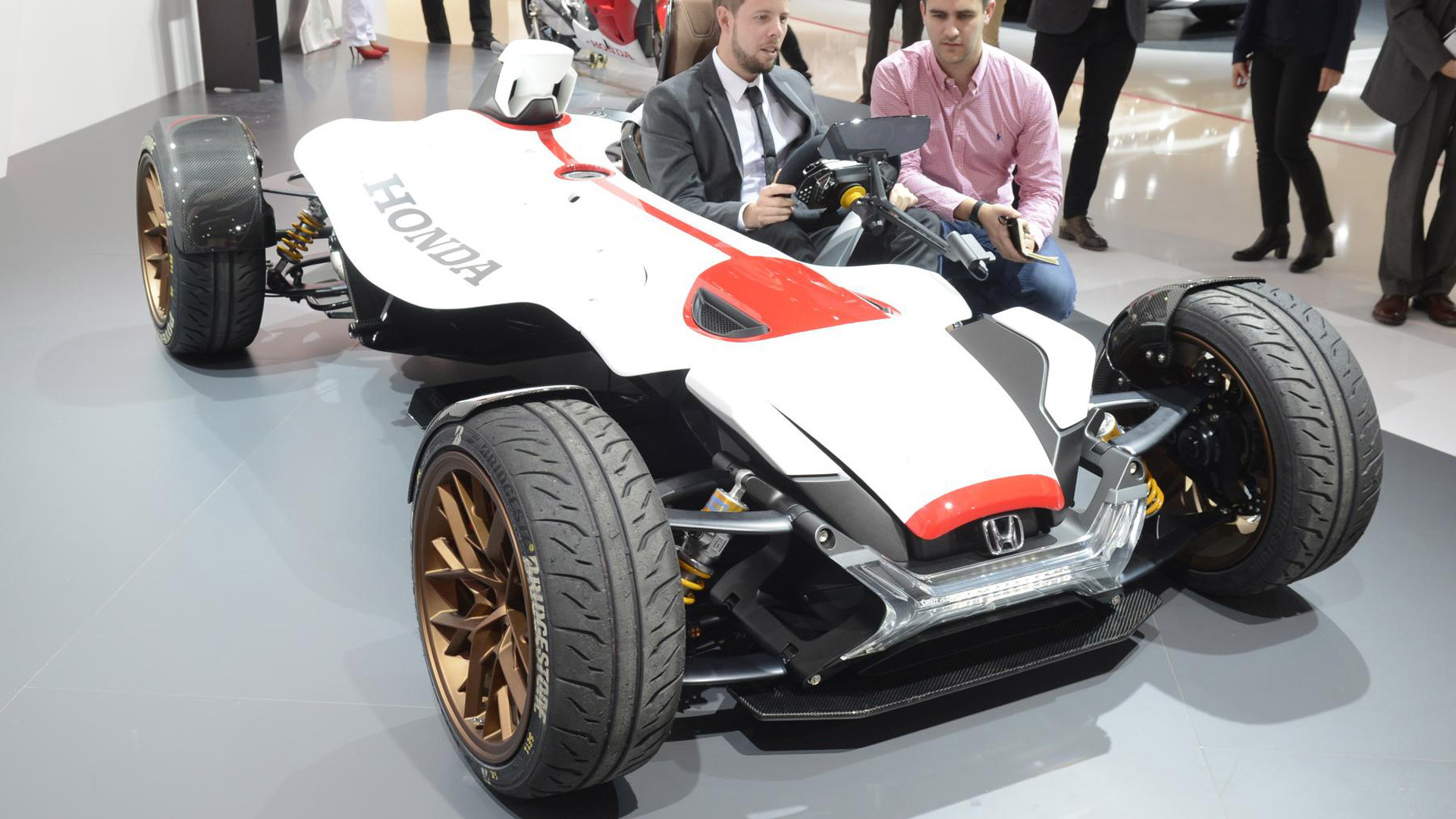 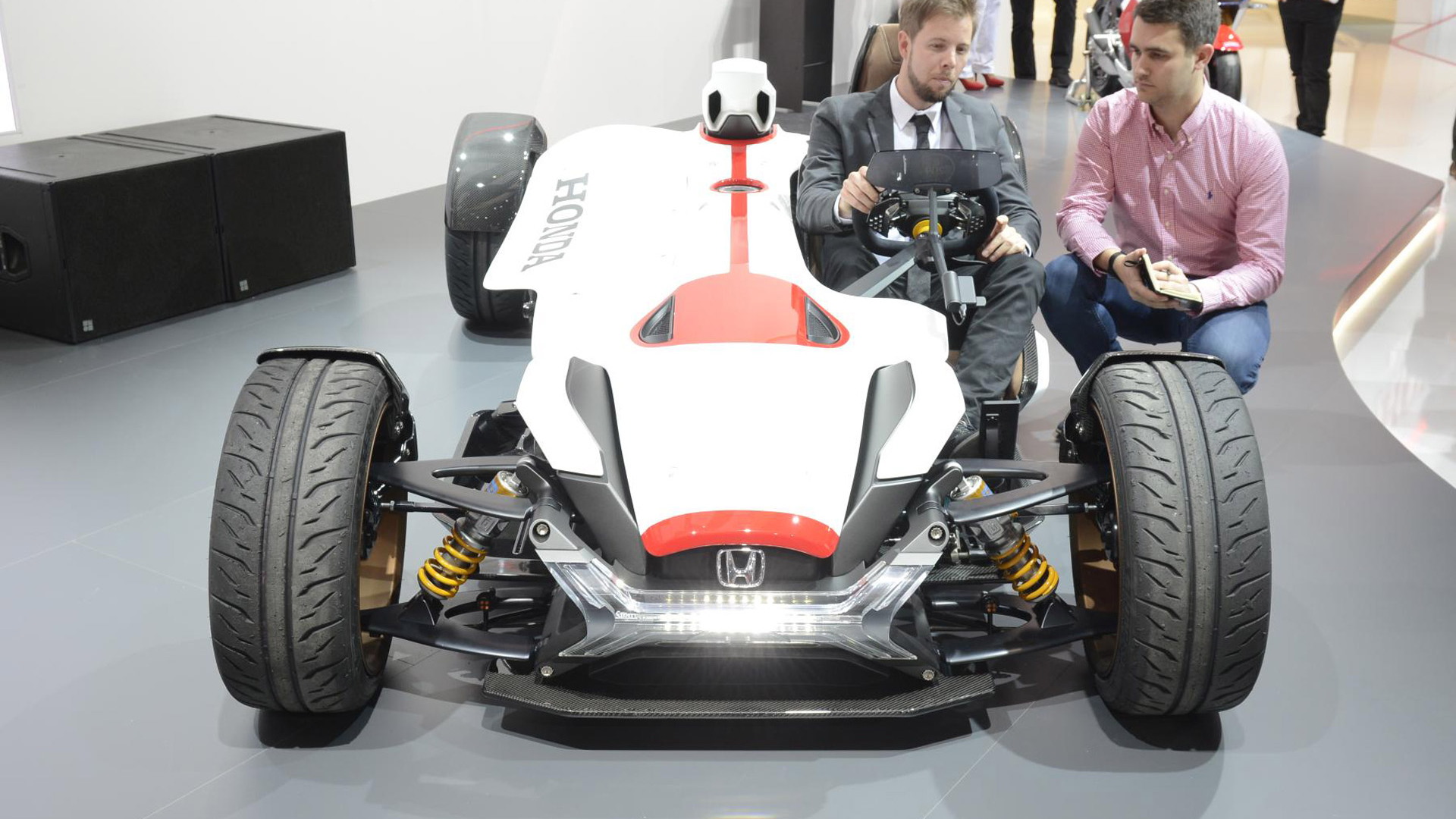 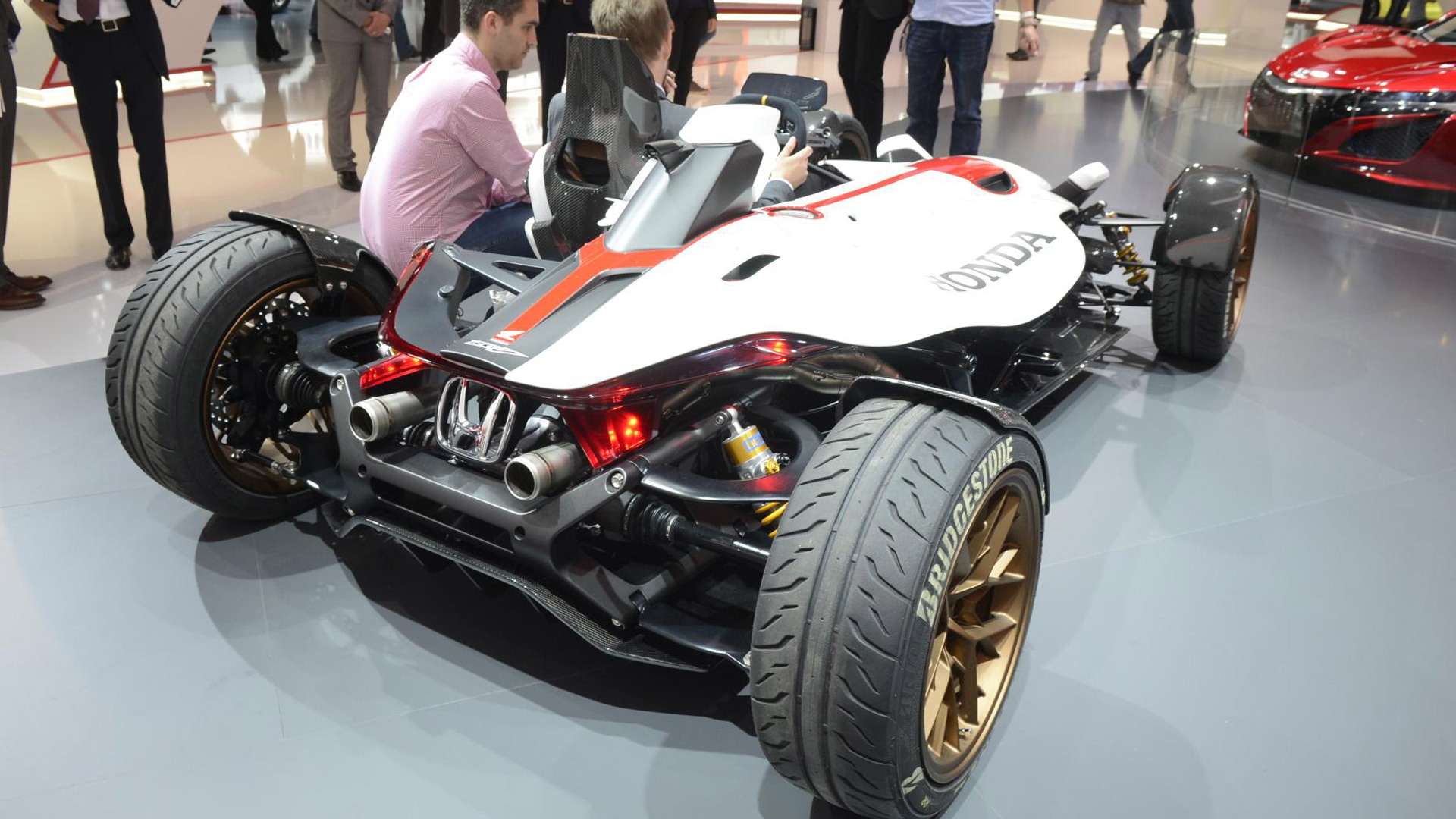 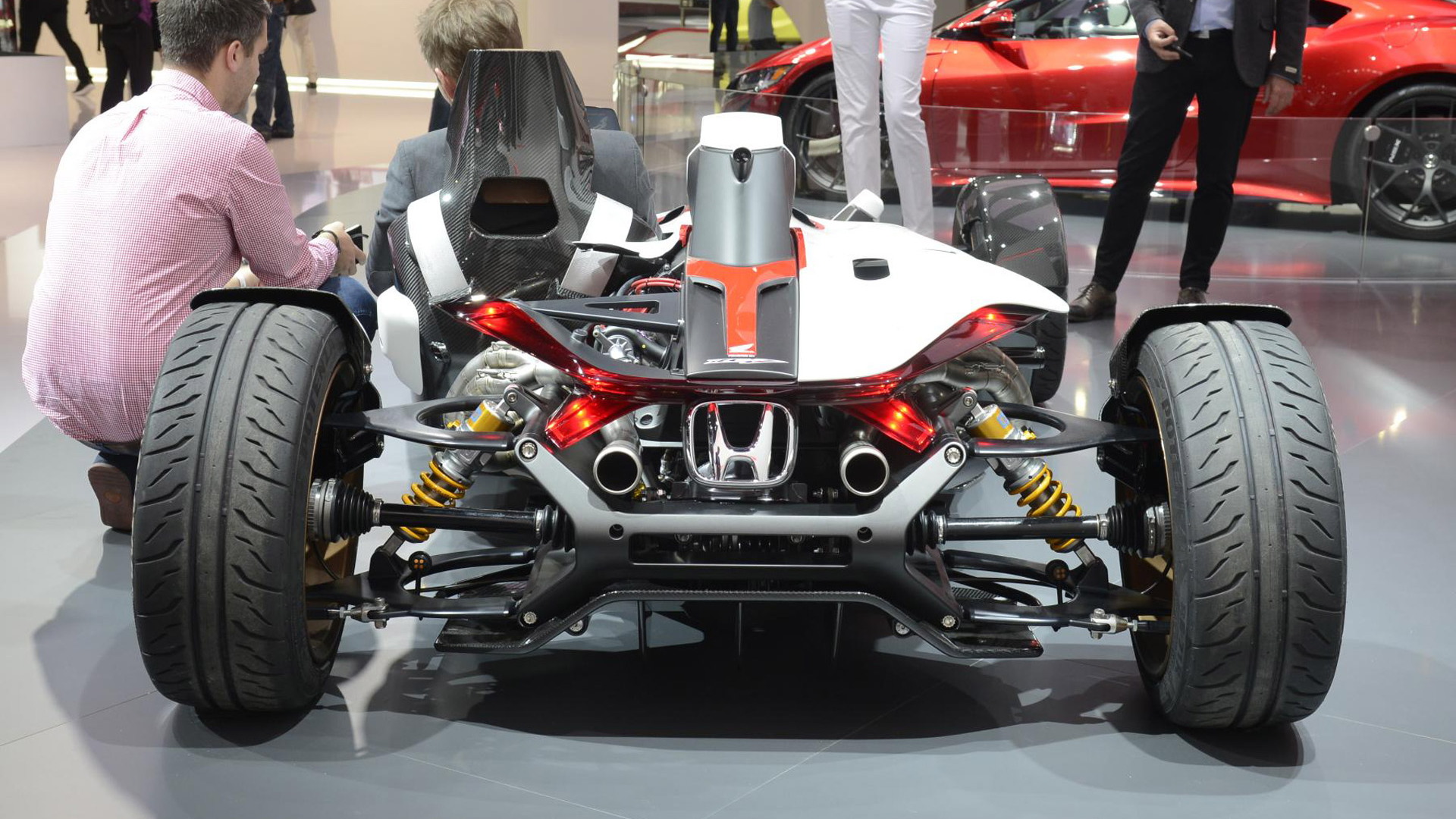 Honda has combined its motorcycle and automobile expertise to develop a radical concept car that’s been inspired by the world of 2&4 racing, where riders and drivers face off at the track to determine which is the ultimate form of travel. With Honda’s concept, dubbed the Project 2&4, the design team has attempted to end the debate by combining the best of both worlds, and the results are simply stunning.

The concept is meant to signify Honda’s unique creativity in meeting the personal mobility challenges of today and the future, but in a way that also helps revitalize the Japanese marque’s forgotten performance image. It also celebrates Honda’s position as one of the world’s leading engine manufacturers, with the company selling around 28 million engines per year across two- and four-wheel automotive, power equipment, marine and aerospace applications.

But what exactly is the Project 2&4? It’s a roadster that provides the freedom of a motorcycle and the maneuverability of a car, but it’s unlike any roadster we’ve seen before. Power comes from the same engine found in Honda’s RC213V MotoGP racing bikes, namely a 1.0-liter V-4 that revs to 15,000 rpm.

Honda tells us that for the Project 2&4 the engine was modified to make it street-legal and thus its potency doesn’t quite match the 230-horsepower output of the race engine. Peak output in the Project 2&4 is still an incredible 212 horsepower and 87 pound-feet of torque, with drive sent rearwards via a six-speed dual-clutch transmission.

The real defining factor of the Project 2&4, though, is its “floating seat.” The design places the driver as close to the action as possible and together with the open cockpit is meant to recreate the thrill of being on a bike. The structure reveals the core frame and functional parts of the car, just like on a bike, and the size, too, is not much more than that of a bike.  Overall length is 3,040 millimeters, width 1,820 mm and height 995 mm. The weight, meanwhile, is just under 900 lbs.

The Project 2&4 was the result of a global design competition run between the Honda’s global design studios, with the winners being the motorcycle design center in Asaka and the automobile design center in Wako, both located in Japan. Inspiration came from Honda’s legendary RA272 Formula One race car, which 50 years ago became the first Japanese car to win an F1 race when American Richie Ginther was first to cross the finish line at the 1965 Mexican Grand Prix.

The Honda Project 2&4 is on display at this week's Frankfurt Auto Show. For more show coverage, head to our dedicated hub.