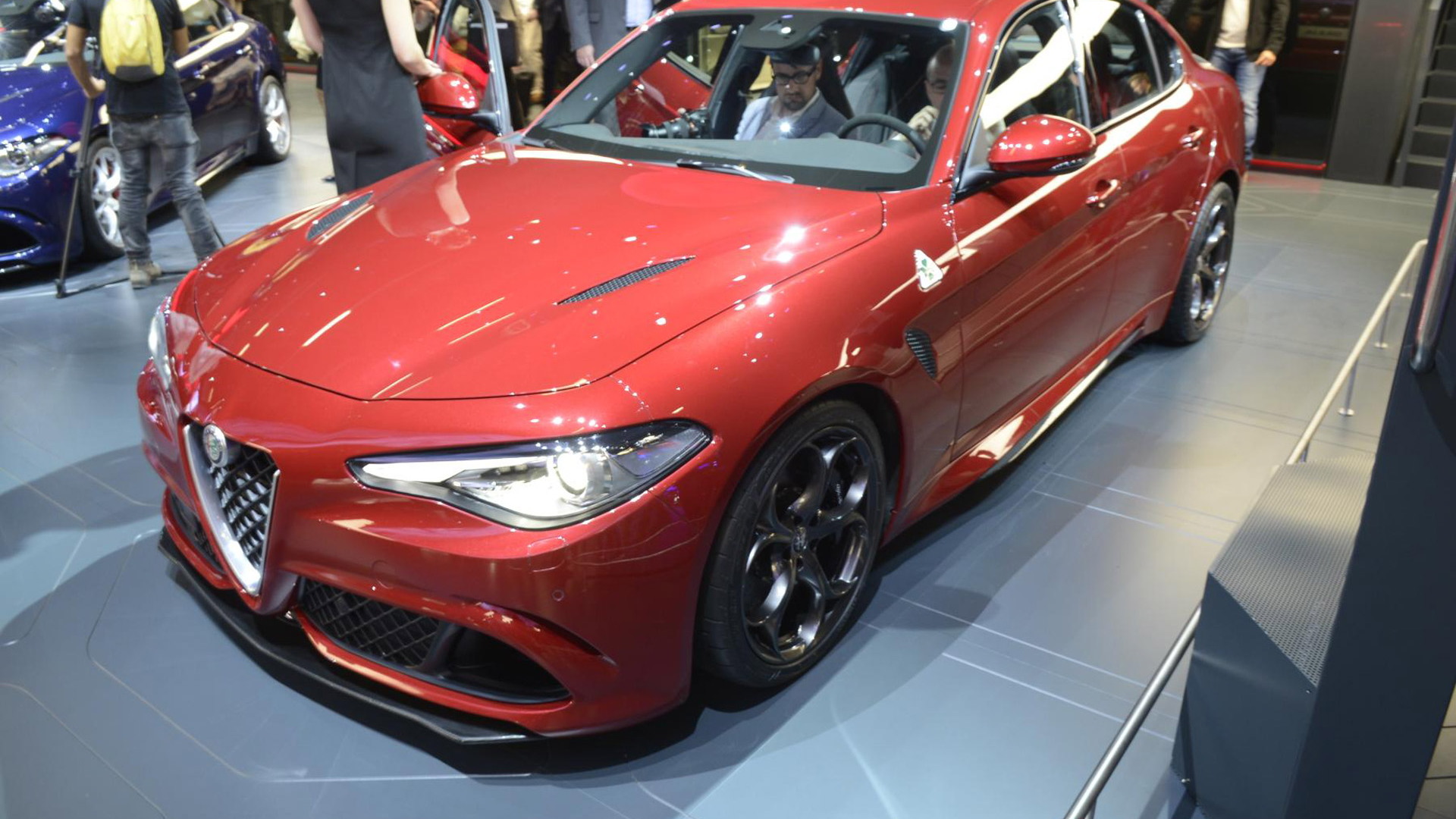 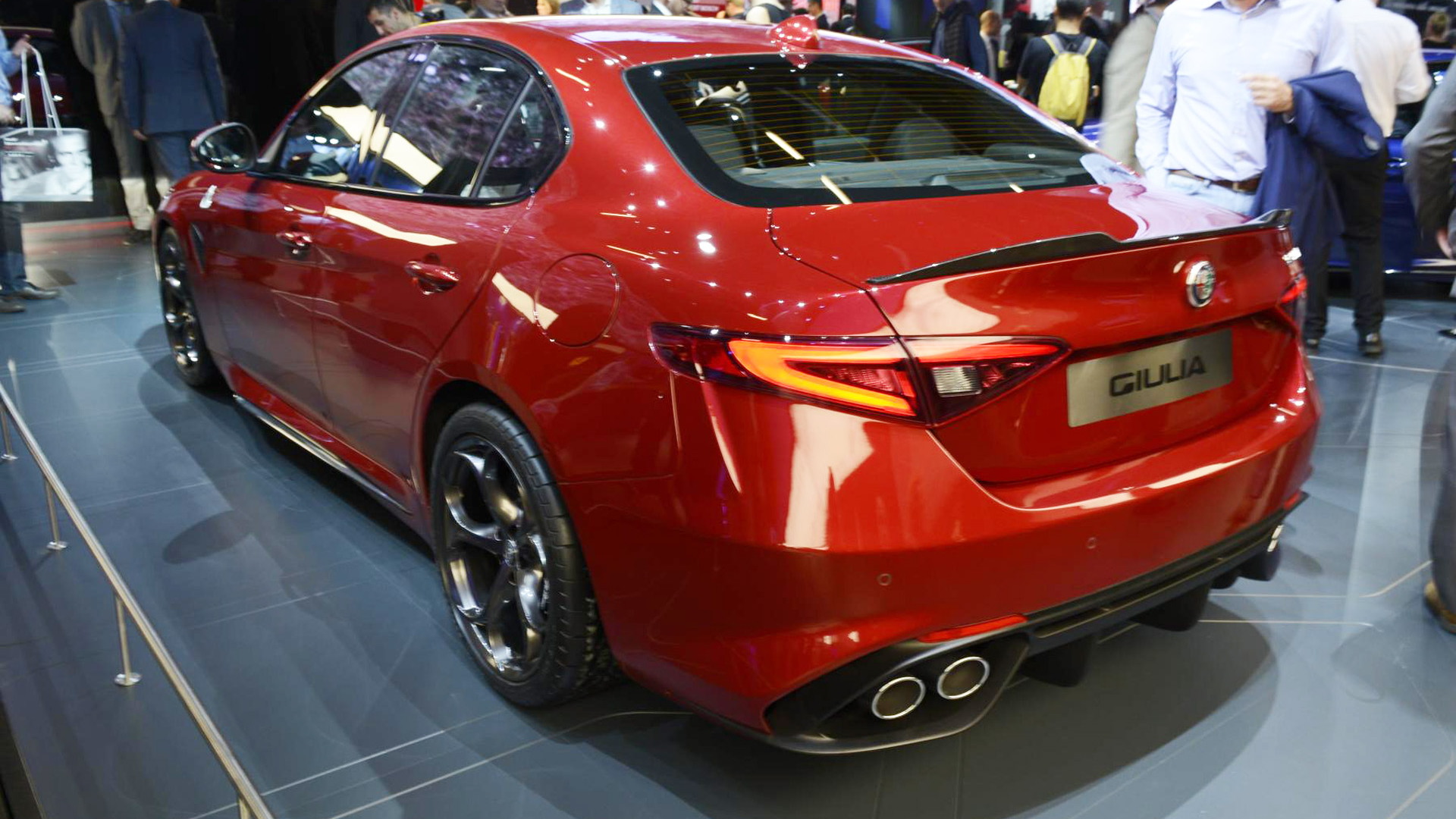 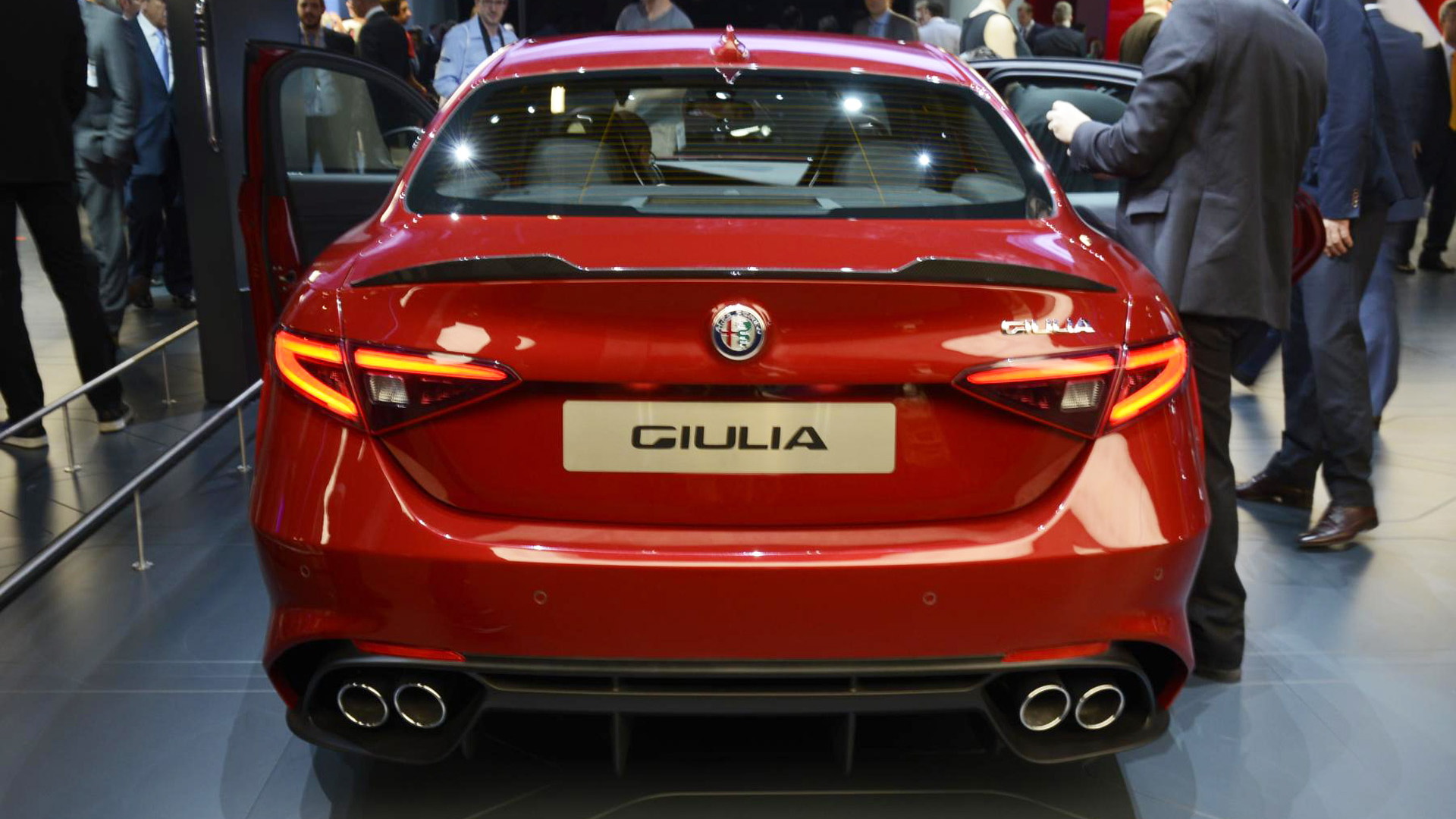 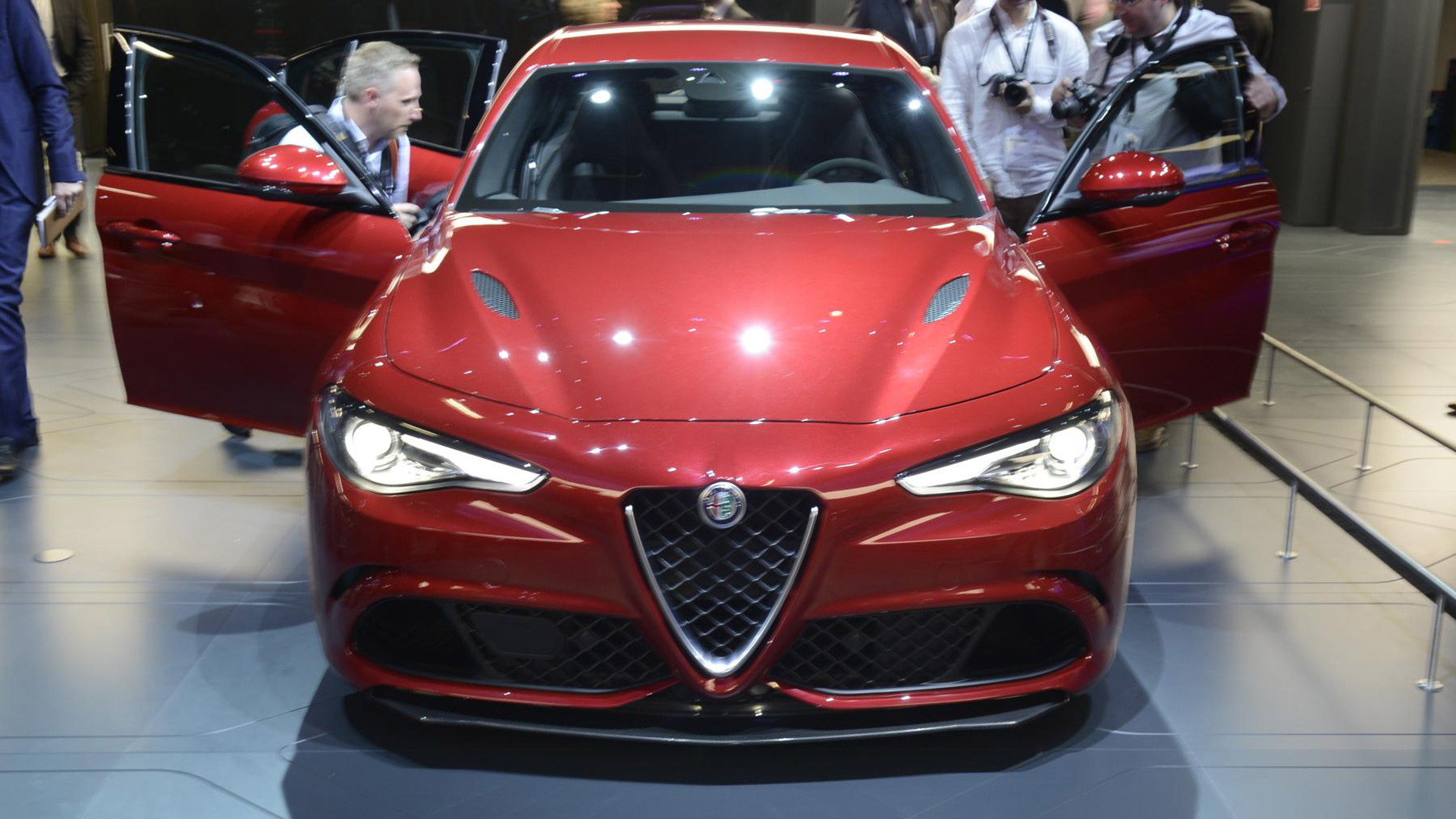 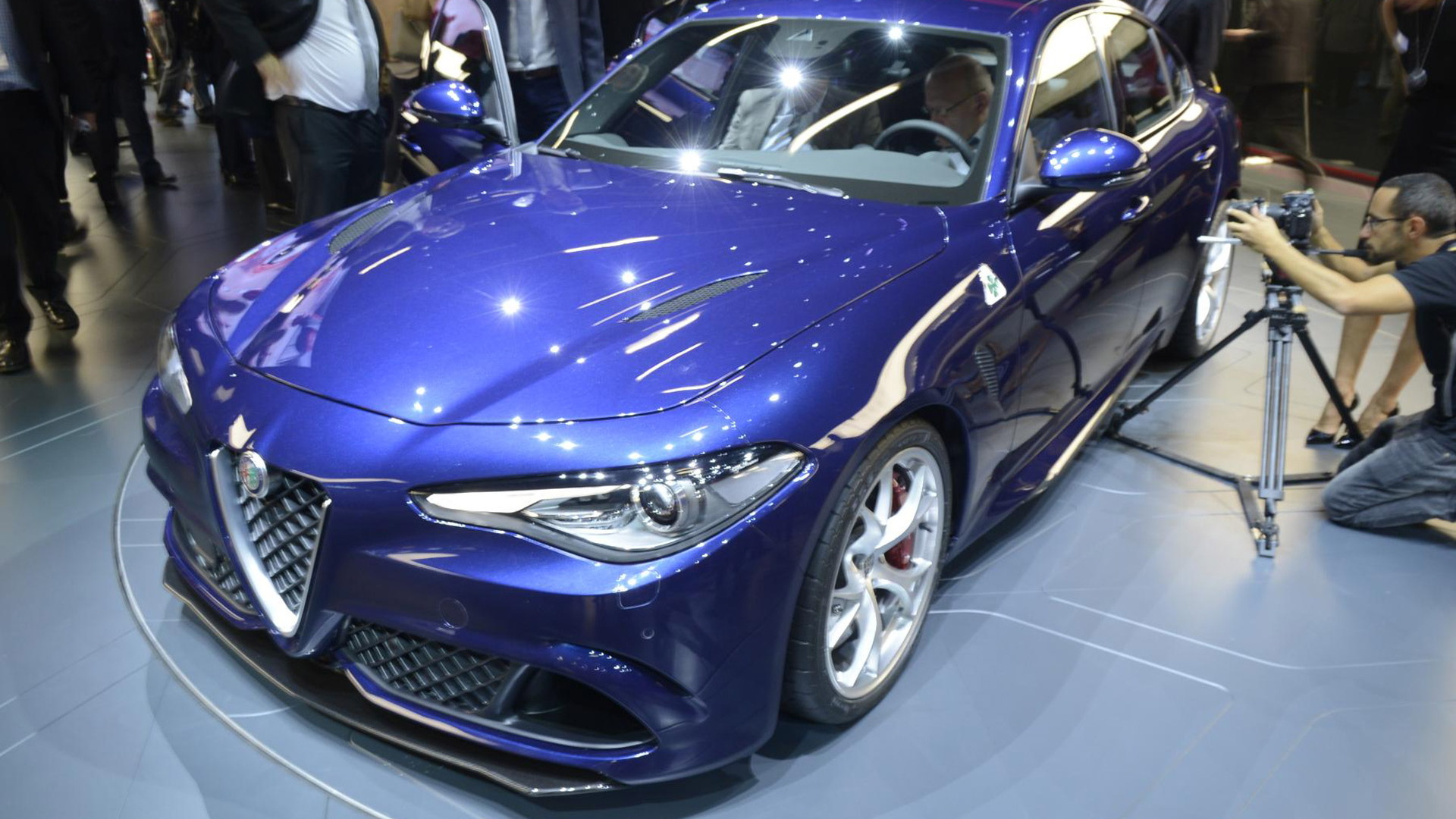 Alfa Romeo’s new Giulia small sedan launches on the market next year initially in its high-performance Quadrifoglio trim. This is the version designed to compete with the likes of the Cadillac ATS-V, BMW M3 and Mercedes-AMG C63, and the new kid on the block is already out-muscling the competition.

Alfa Romeo used this week’s 2015 Frankfurt Auto Show to confirm some final specs for the Giulia Quadrifoglio, and one of these was the car’s Nürburgring lap time. According to the firm, the Giulia Quadrifoglio needs just 7:39 to lap the 12.9-mile Nürburgring-Nordschleife, which is simply incredible considering such a time means the Alfa sedan is quicker than many dedicated sports cars.

Alfa Romeo has confirmed that the engine powering the car is actually a 2.9-liter V-6 (it was previously reported as having a 3.0-liter displacement), which thanks to turbocharging produces a peak 505 horsepower and 442 pound-feet of torque. The engine, developed and built by Ferrari, pushes the Giulia Quadrifoglio to 60 mph from rest in just 3.8 seconds. The top speed is 191 mph.

As previously reported, the platform of the Giulia is a new design. It will eventually underpin most of Alfa Romeo’s upcoming lineup. For the Giulia Quadrifoglio, the platform incorporates double wishbone suspension up front and a multi-link setup in the rear. Thanks to some aluminum and even carbon fiber in the construction, the Giulia Quadrifoglio weighs in at just 3,360 lbs and has a 50:50 front-to-rear weight distribution. Carbon ceramic brakes and carbon fiber front seats from Sparco are also available.

A special driving mode selector called the Chassis Domain Control controls a number of the chassis systems such as the torque vectoring between the rear wheels, the active front splitter, plus the suspension, brakes, steering and stability systems. The various modes include Dynamic, Natural, Advanced Efficiency and Race.

Drive is to the rear wheels only, via a six-speed manual. Tamer Giulias will come with four-cylinder engines, including both gasoline and diesel units. An automatic or dual-clutch transmission should also be offered.

In the cabin, the main controls, including the start button, are incorporated in the steering wheel. A display screen at the top of the dash displays most of the information, with the driver relying on a rotary dial and pad as well as voice recognition to control various functions.

It’s still not clear when we’ll see any Giulias in showrooms, but in Europe the car is confirmed to go on sale in the fall of 2016. Five colors will be available for the Quadrifoglio model: Competizione Red, Trofeo White, Vulcano Black, Vesuvio Grey and Montecarlo Blue.