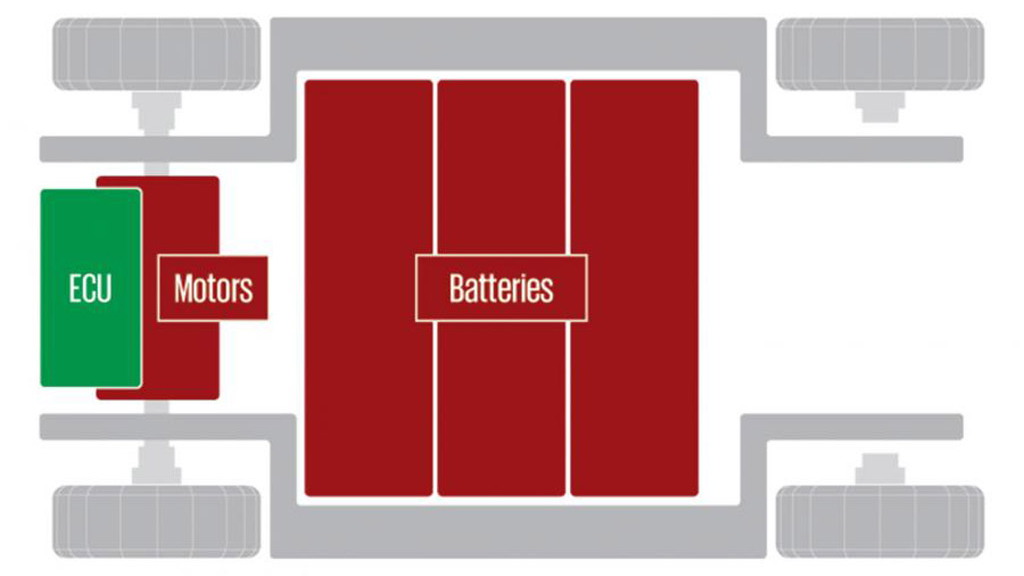 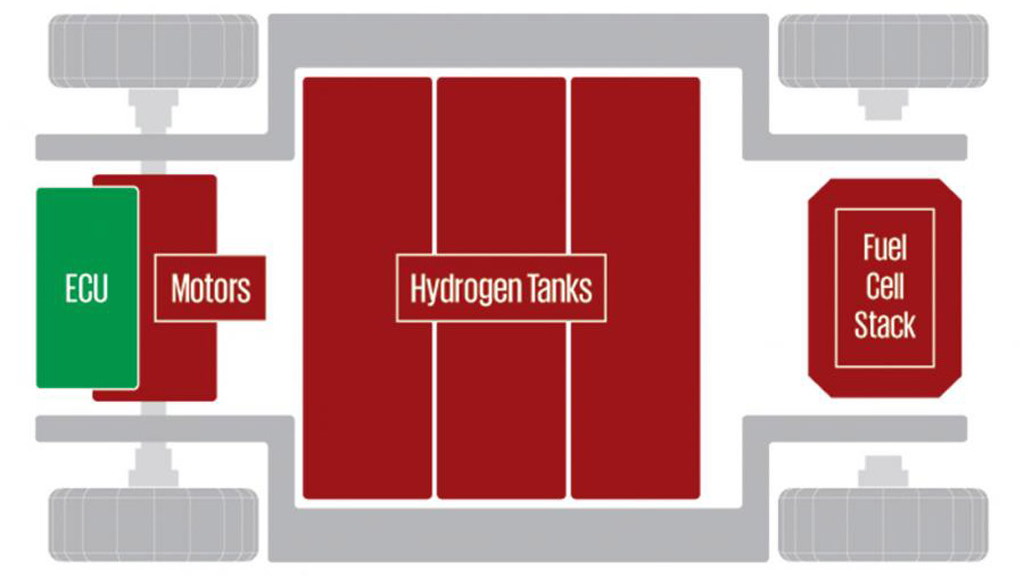 New patents have emerged suggesting Porsche is serious about launching zero-emission versions of its upcoming mid-size sedan due towards the end of the decade. Nicknamed the Pajun, short for “Panamera junior”, the mid-size sedan is being developed as a rival for the Maserati Ghibli and high-end versions of the BMW 5-Series and Mercedes-Benz E-Class, and with an alternative powertrain would challenge Tesla Motors' [NSDQ:TSLA] Model S and upcoming Model 3.

The patents, which British publication Autocar reports were filed at registries in the U.S., Germany and China, show the basic layout for a battery-powered vehicle and one for a hydrogen fuel cell-powered car. Both alternative powertrains are said to be in contention for the Pajun, though they could potentially feature in the next-generation Panamera as well which will share a platform with the Pajun, namely Porsche’s MSB architecture.

The patents show that energy, stored either in a battery or as hydrogen, will be housed in the vehicle floor between the axles. Electric motors are used for both designs and are located at the rear where they can drive the rear wheels. For the hydrogen fuel cell car, the fuel cell stack sits up front. The MSB architecture is said to be designed in such a way that the various drivetrain components such as the electric motor mounts and housing for the battery or hydrogen tanks actually form part of the vehicle structure.

MUST SEE: Bugatti Veyron Successor To Do 0-60 MPH In 2.0 Seconds: Report

Of course, automakers often file patents for vehicles that never come to fruition, so these latest filings shouldn’t be taken as confirmation of new battery- and hydrogen fuel cell-powered Porsches. However, the fact that Porsche R&D Ulrich Hackenberg dropped hints about similar zero-emission vehicles at a recent investor meeting suggests that something along these lines is brewing at Porsche.

It’s expected that the battery-powered vehicle will come first, followed about a year later by the fuel cell version. Unfortunately, it may be some time until we see the cars as the Pajun model on which they’ll be based isn’t due until 2018… at the earliest.