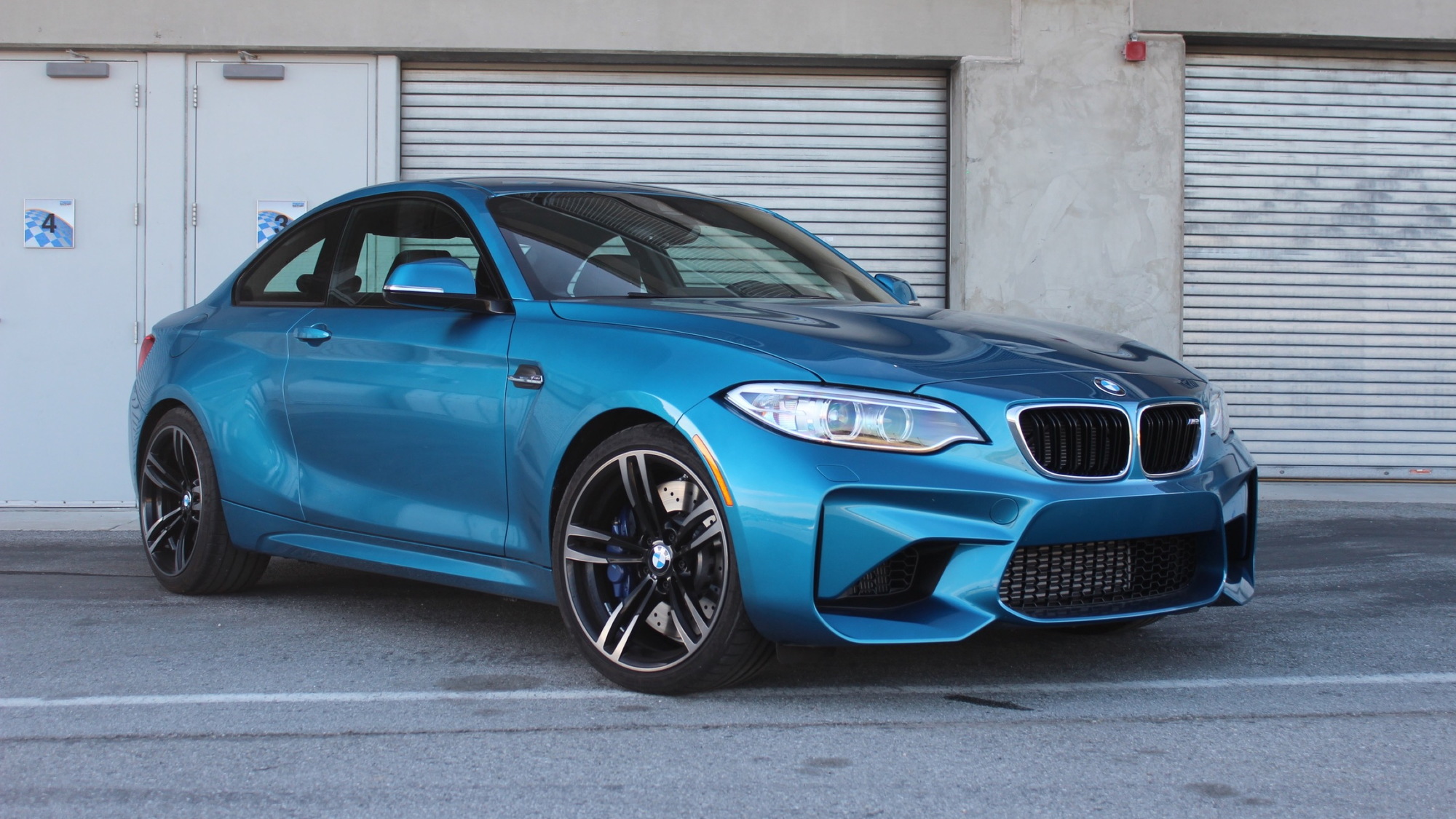 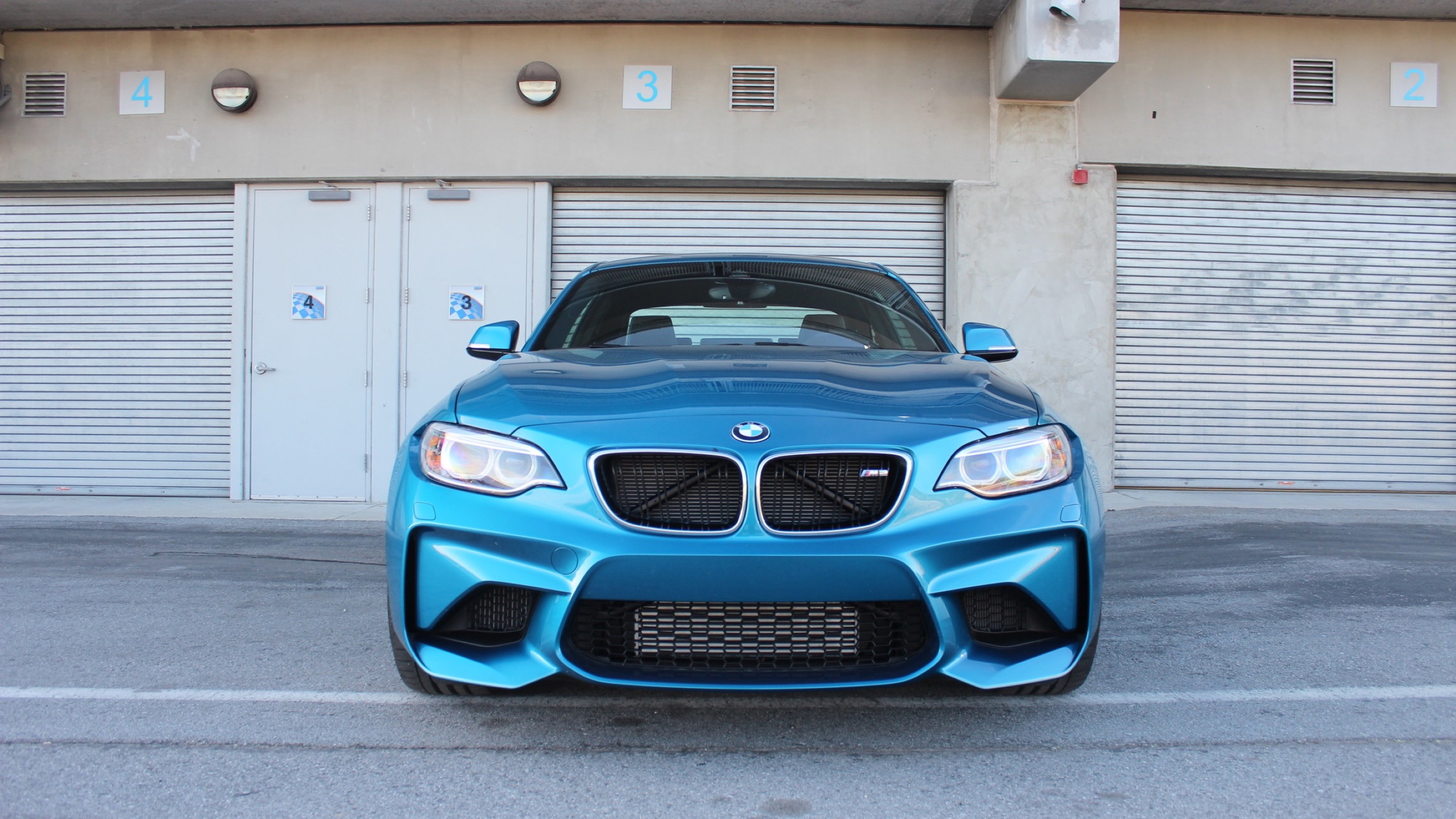 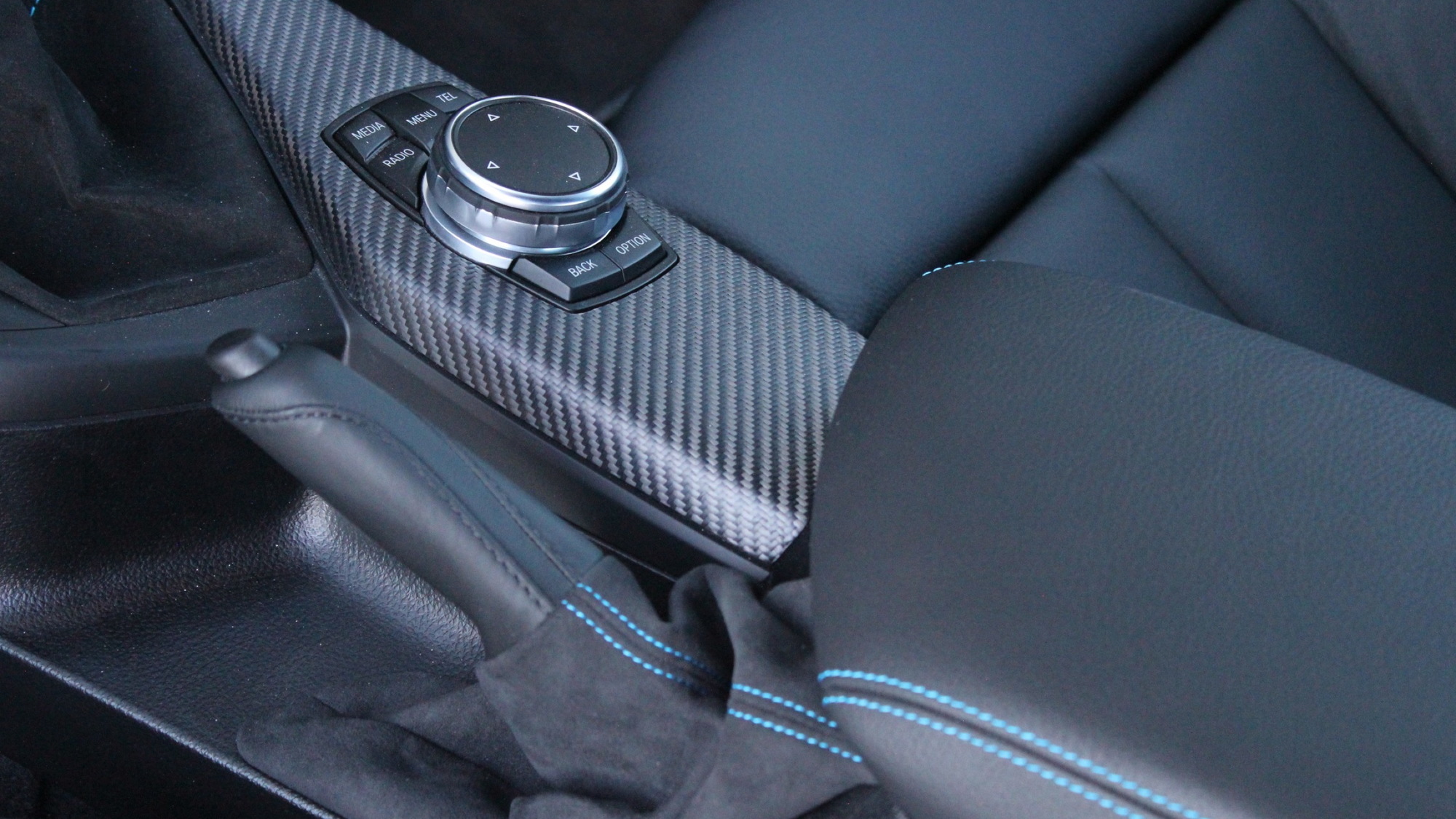 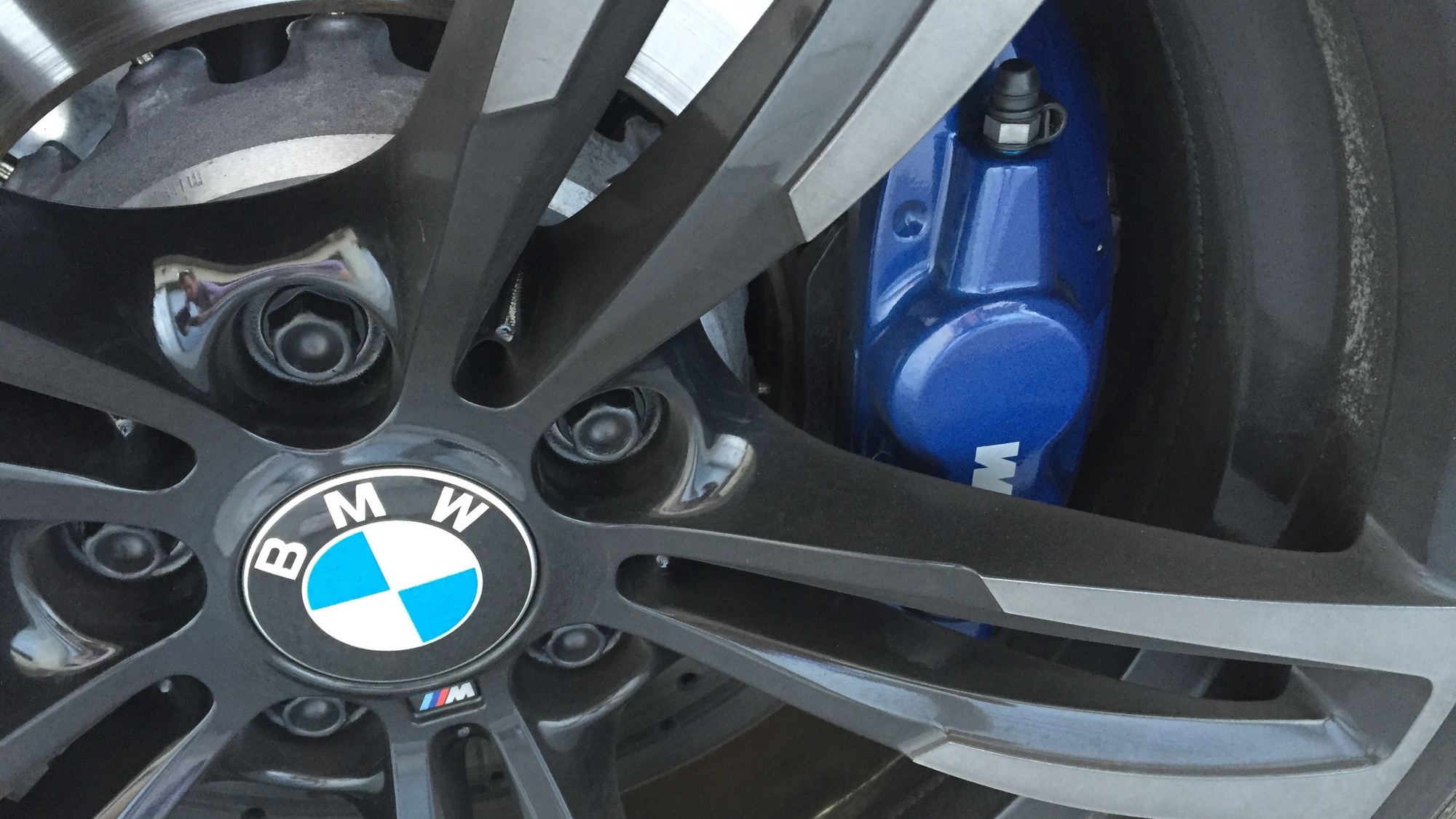 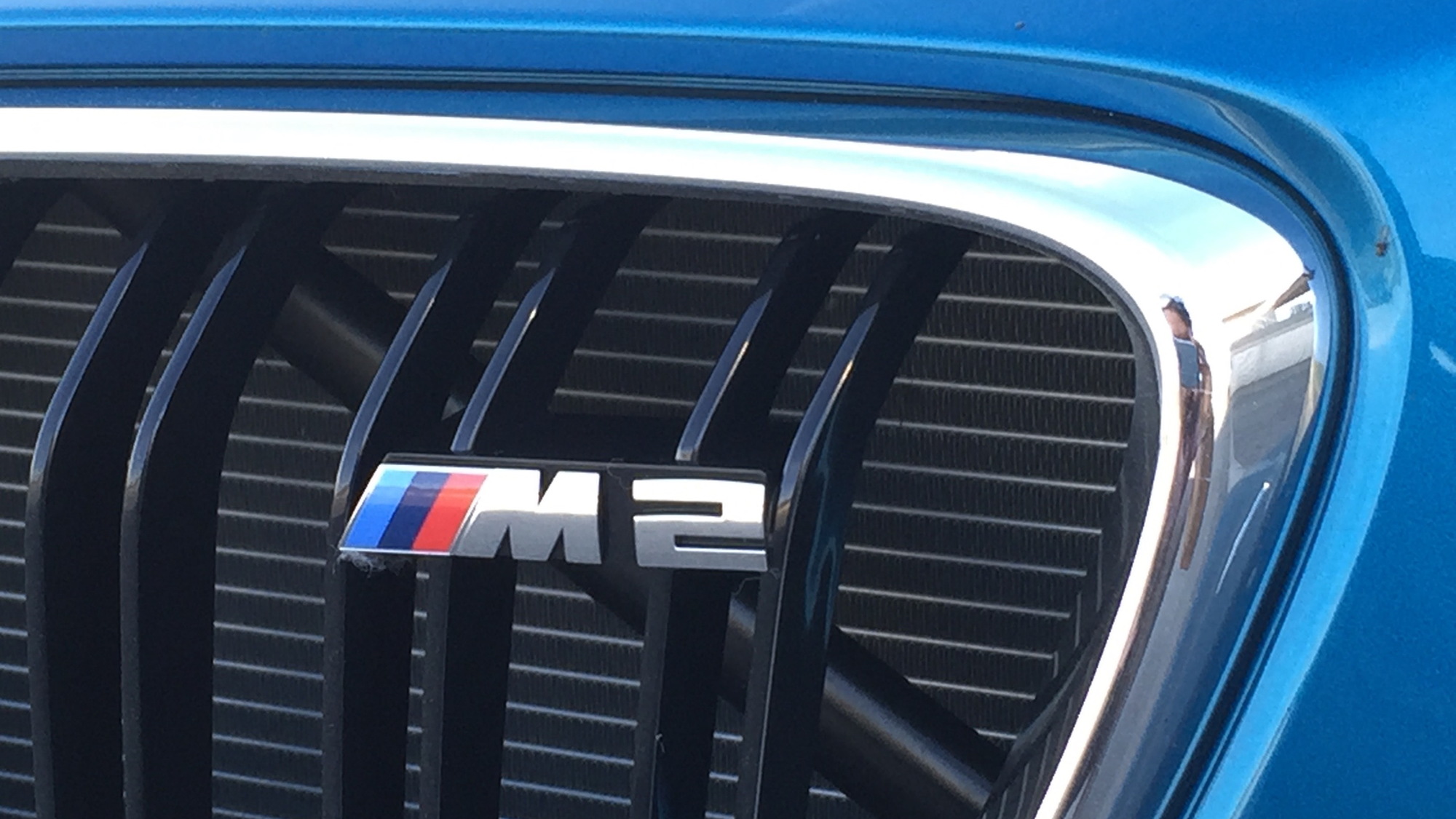 The 2016 BMW M2 is, at long last, the M car that doesn’t try to please everyone—and will, because of that, end up pleasing far more driving enthusiasts in ways that matter.

Get a group of longtime BMW enthusiasts together to talk cars—the ins and outs of the uncompromised, performance-tuned M cars—and chances are the discussion will devolve to nostalgic swoons about the 1995-1999 E36 M3.

After that, we’ll venture to say, BMW got a bit lost on a muddled path, and ended up with some M car results (we won’t name names) that were at times more garage trophies than precise track-day tools.

There’s plenty of evidence that BMW has worked hard to keep the M2 simple and its price under control—and to bring back some of the driver’s seat sensations that have gone missing in other recent M cars...well, except for the very brief run of the 1-Series M Coupe five years ago.

Calibration overload? Not in this driver’s car

Right from the start, the M2 doesn’t have the dizzying array of performance settings—and the feel, at times, that you’re programming a simulator—that you’ll find in the more uppety M cars. Here, as one spokesman put it, you’ll find merely sporty and sportier. Sport and Sport+ is really all you need to worry about. With Sport+ you engage some sharper settings for powertrain responsiveness (and the excellent dual-clutch M DCT transmission, if so equipped), for the stability control systems, and for the steering.

That’s about it. No matrix of personalized settings. Sure, there’s iDrive, but you can ignore it for now. You get in and drive.

And this little coupe is at its best being driven hard. Precise body control, well-weighted steering, super-strong confident brakes, and a nicely coordinated six-speed manual gearbox are all here, in check. As are all the right performance-car sounds.

The direct-injection twin-scroll-turbo in-line six-cylinder engine in the M2 is distinct from both what’s used in main-line BMWs and what’s used in the current M3 and M4. It gets some upgrades oriented toward track duty, including pistons and gray cast-iron liners from those other M cars. And the oil system gets an additional oil cooler for DCT M transmission oil, while the engine oil sump has been redesigned for higher lateral Gs.

Redline is 7,000 rpm—and it sounds great being wound up to it, thanks to an exhaust-flap system and some induction noise piped in—but out on the track it felt just as quick, maybe quicker, if we shifted right at or before it reached its 6,500-rpm power peak.

On the track: so happy together

Out on the track, we drove an M2 equipped with the M DCT and appreciated its seamless shifts, carried out in fractions of a second and without ever upsetting our line in corners or the friction at the tires. Select them manually with the steering-wheel paddles, and you can lock in individual gears without ever worrying about sudden, dramatic downshifts breaking through.

There, out on Mazda Raceway Laguna Seca, we found the M2’s firm suspension to allow just the right amount of predictable weight transfer through tight corners—and the always-tricky corkscrew—without fancy adaptive dampers or expensive air-suspension components. Lightweight aluminum suspension members, including forged aluminum control arms and carriers for the five-link rear axle and a special stiffening plate in the underbody, altogether helps with front-end precision under high forces.

The Active M Differential—a multi-plate limited-slip differential that’s electronically controlled—helps precisely control the torque allocation in corners, right up near the limits of adhesion, in a nuanced way that an open differential and purely brake-based stability systems never could. The system can fully lock in just 150 milliseconds, helping prevent excess wheelspin when one wheel is on a slicker surface—and in those corners it helps keep the inside rear wheel from spinning too eagerly, without cutting power with the brakes.

That keeps understeer at bay and helps the car feel more nimble in the tightest esses. This is a car you feel confident pushing a little harder with each successive lap—even though that might not make you faster—to bring that silly track-high grin, without worrying that the car’s going to bite back.

The M2 has special Michelin Pilot Super Sport tires that measure 245/35ZR19 in front and 265/35ZR19 in back. Big M compound brakes, with gray perforated-and-vented cast-iron rotors (15-inch in front, 14.5-inch in back) hauled down our speed on the track without pedal pulsation or fade.

On the road, perhaps not as charming

As charming as the M2 is out on the track, this is not a car that tries to charm everyone. Its ride can feel jittery on mottled surfaces—even though it seems to take some of the hardest impacts from the pavement in stride. And road noise is an everpresent whoosh on smooth highways, more of a boom as the surfaces are coarser.

Out on some surrounding two-laners, we put another 50 or so miles on a manual-gearbox M2. It has great clutch coordination and a linkage that reminds us of past M3 models, yet it’s a bit bittersweet, as it’s not entirely the right pick for control freaks. You can’t turn off the rev-matching feature if you don’t want to turn off stability control as well; and while it would get the revs right the majority of the time, we encountered some clumsy shifts on the road when both pointing sharply uphill and downhill.

We’re not by any means going to call the M2 luxurious. You do get a great set of standard features—with handy daily driver items like heated seats, navigation, and adaptive cruise control, and even including collision warning, pedestrian warning with city braking, and lane departure warning. Inside, you’ll find special M surfaces, and M logos for the gauge cluster, shift lever, door sills, and steering wheel. And the seats, of course, are great—not just strong in side support for the track, but pleasant on the back over those pockmarked two-lane highways.

Impressive work, done on a budget

The M2 is a performance car engineered for a price point—so you won’t find expensive cosmetic details like the other M cars’ special mirrors, or complicated production body-structure variations, like a composite roof, that might make negligible differences to weight and performance.

But you will find a special powertrain, plus real suspension and braking hardware that makes a tremendous difference in how this model drives versus an M235i. And by the way, you can actually go crazy on an M235i and option it well beyond the price of the M2. But again, that’s beside the point.

As we see it, this is a great step up model for those who’ve tracked a BRZ, a Miata, or an older BMW and are ready to step up their game (and track membership) without giving up the fundamental thrills of it.

The 2016 BMW M2 is available in the U.S. in just one model, with an extremely limited set of options. Starting price for the U.S.-spec car is $52,695. All models come with the same factory wheels, tires, and brakes, and there are no factory performance upgrades—unless you consider the $2,900 M double-clutch transmission to be one. Add that, plus the Executive Package (heated steering wheel, park view camera, park distance control, automatic high beams, active driving assistant), and you’ll end up with a $56,845 price.

Outside of the ride and cabin noise, the M2 is perfection. Finally, BMW gets it: a relatively simple, relatively back-to-basics performance car—a real M car, yet one that doesn’t get lost in too many engineering digressions.