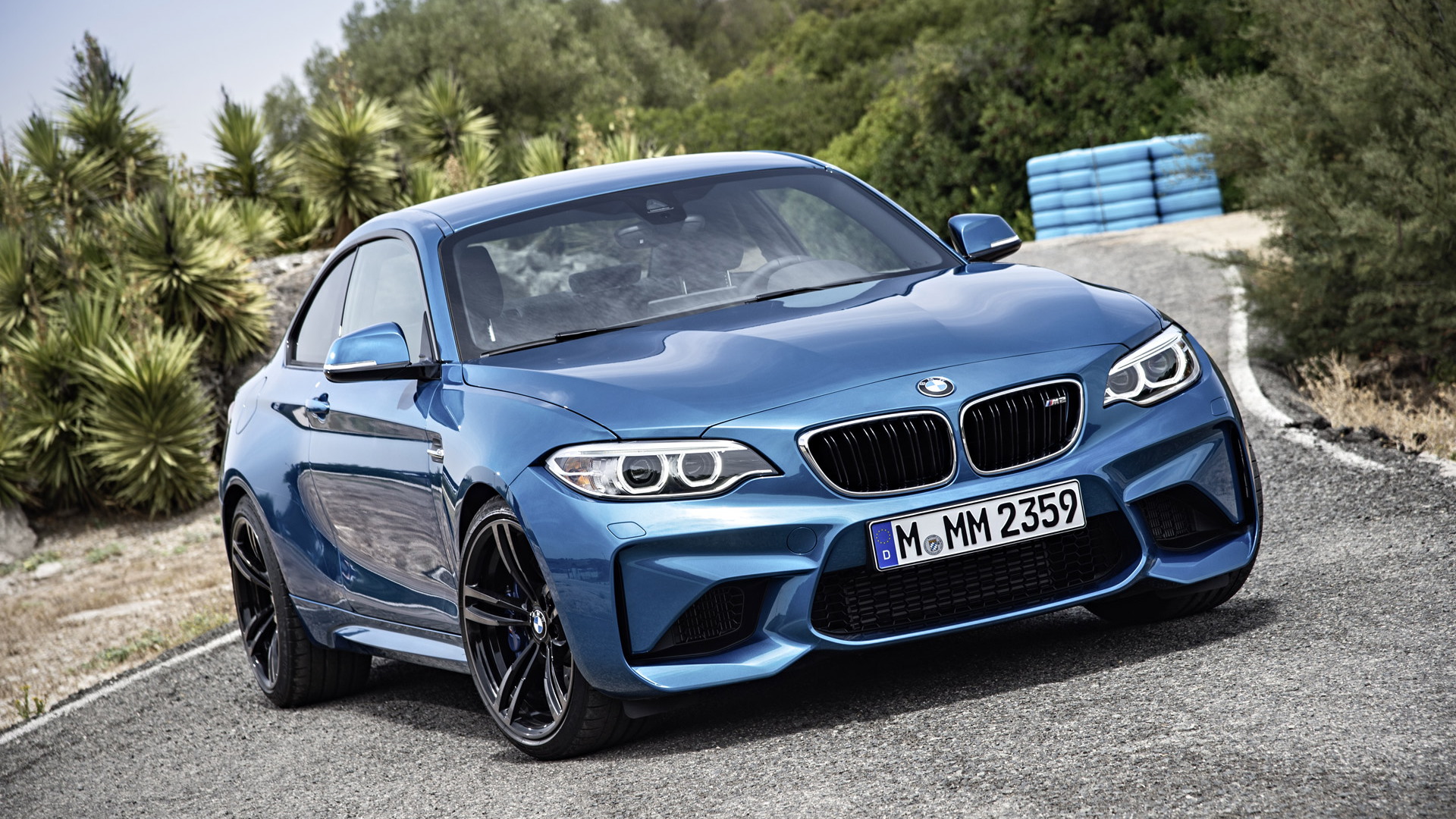 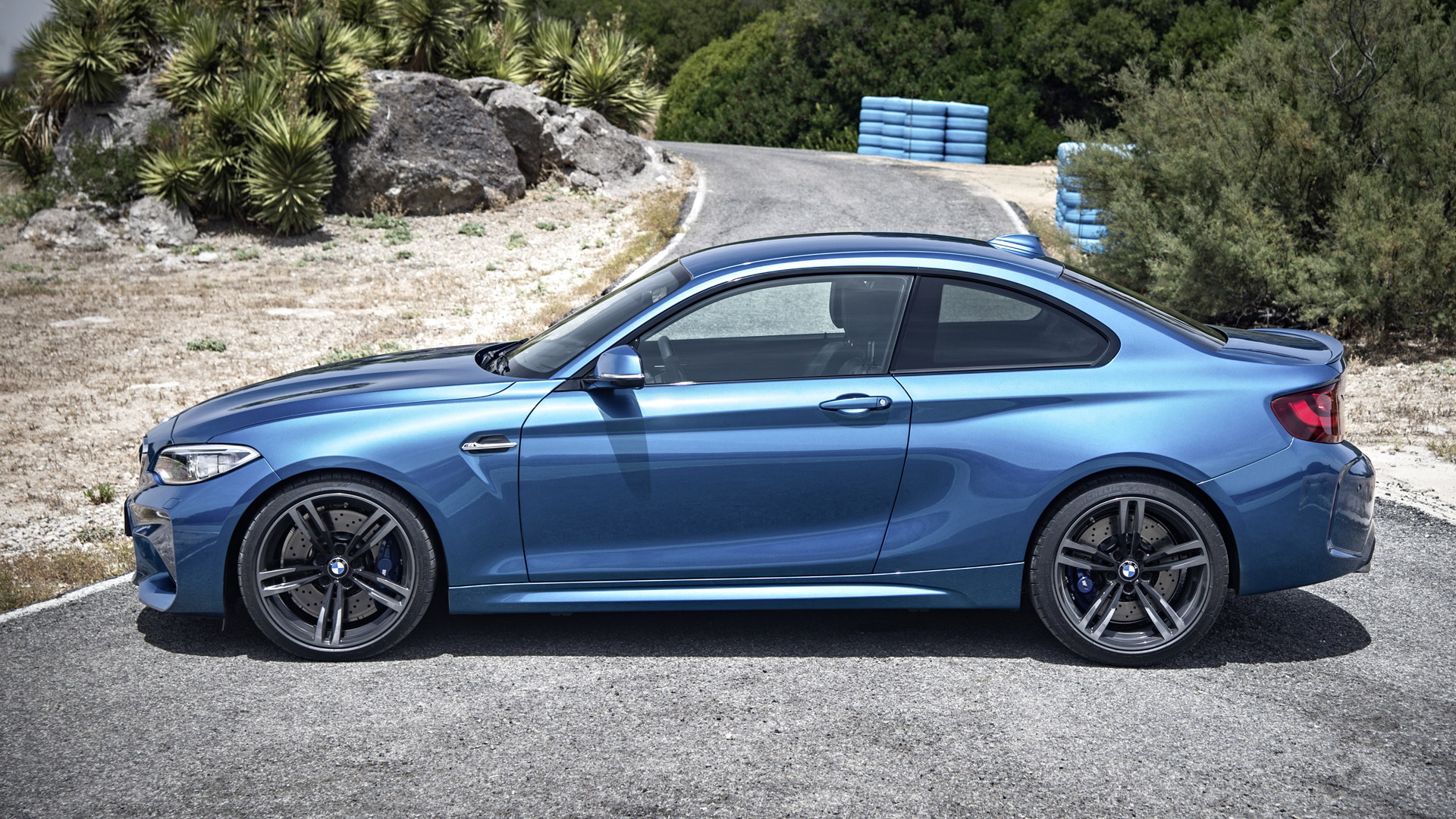 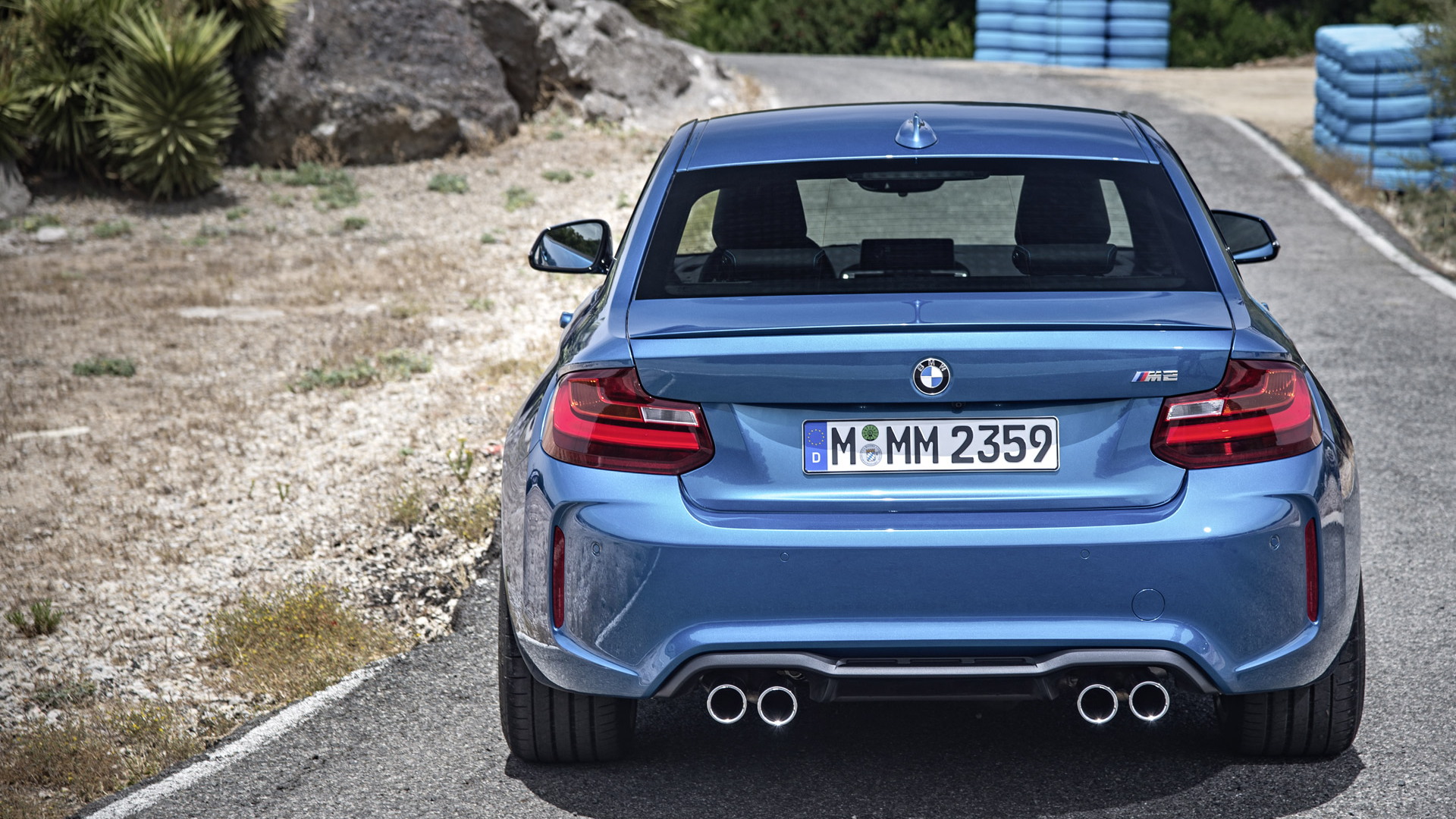 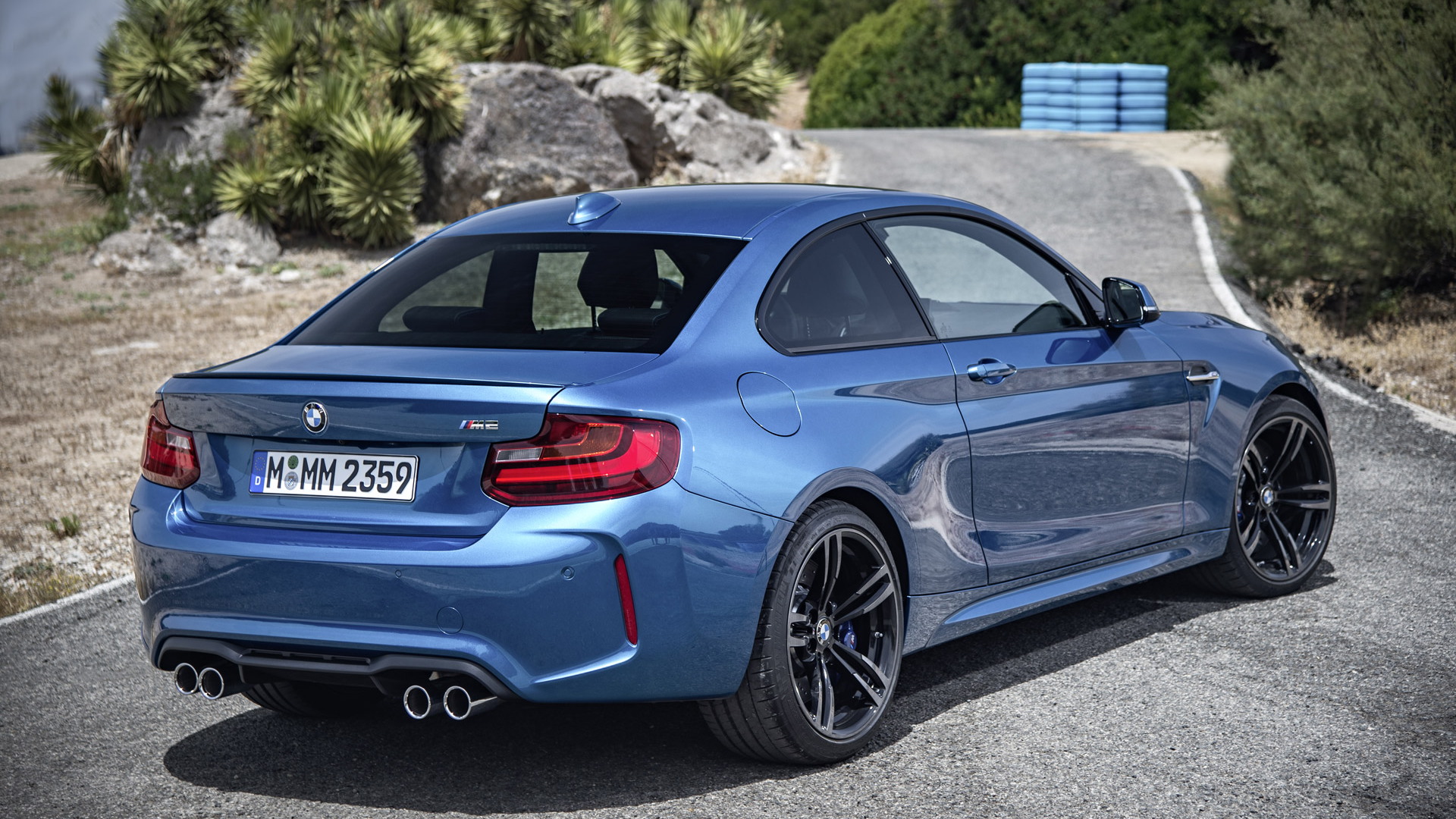 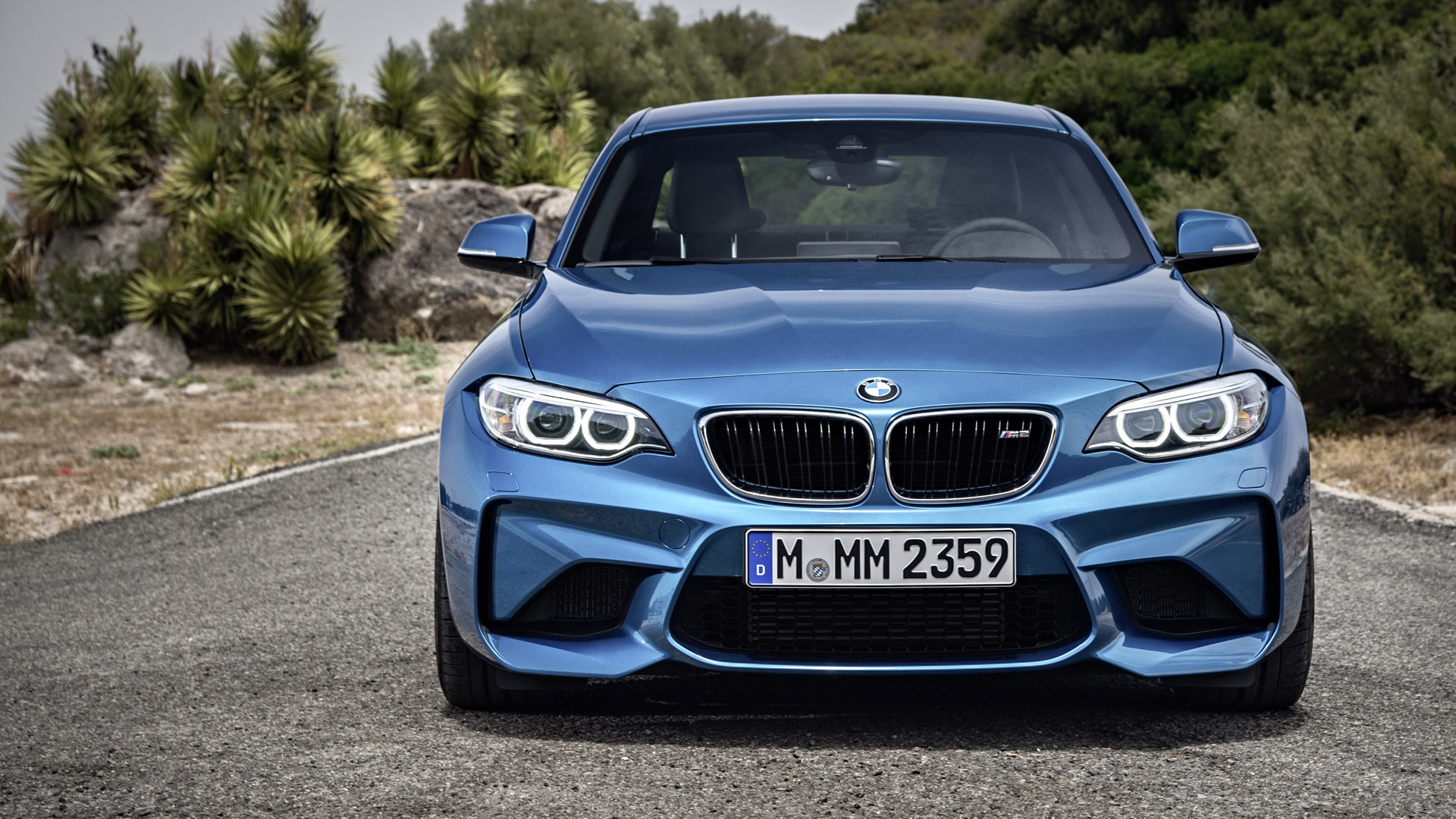 The BMW M2 has been one of the worst kept secrets of the year but who really cares when the finished product looks go good. The M2 serves as a spiritual successor to the 1-Series M Coupe, produced for just one model year, and it is confirmed to go on sale next spring, as a 2016 model.

As we’ve repeatedly stated, if you’ve been thinking BMW has lost its way with cars like the oddly-shaped Gran Turismos and the blasphemous front-driving 2-Series Active Tourer, the new M2 will be the car that restores your faith in the blue and white roundel.

It packs a straight-six engine, in this case a newly developed 3.0-liter unit that’s turbocharged to the tune of 365 horsepower and 343 pound-feet of torque, with the latter rising to 369 lb-ft temporarily thanks to an overboost function. Incredibly, the peak torque arrives at just 1,400 rpm and stays there until almost 6,000 revs.

For the purists, we can confirm that a six-speed manual will be standard, though it comes with a rev-matching function. Of course, if performance is all you care about then the available seven-speed dual-clutch unit is the way to go. It will see the M2 accelerate from 0-60 mph in 4.2 seconds (manual-equipped cars need 4.4 seconds) and top out at a governed 155 mph.

For the suspension, BMW M engineers chose the lightweight aluminum setup developed for the M3 and M4 models. And attached at each hub are lightweight 19-inch wheels wrapped in Michelin Pilot Super Sport tires measuring 245/35 up front and 265/35 at the rear. Inside these are cast-iron brake discs that rely on four-piston calipers up front and two-piston calipers at the rear.

For the steering, the M engineers developed specific settings for the electronic power steering system used on the 2-Series coupe from which the M2 is derived. The development of the system prioritized hallmark M attributes, such as direct steering feel, precise feedback at both the track and everyday driving, though we’ll have to wait until we spend time behind the wheel to see if the engineers hit their mark. An electronically controlled multi-plate limited-slip differential also helps with the handling of the car.

Visually setting apart the M2 from the standard 2-Series coupe are numerous unique elements. A glance at the front end reveals characteristic M design features. The signature BMW kidney grille, with its black-painted double bars replicating the design of the M double-spoke wheels, carries the M logo. There’s also the new bumper, which thanks to careful channeling of the airflow has seen drag reduced by five percent compared with the standard 2-Series coupe. Moving to the side we see pumped fenders and at the rear are the M division's signature quad-exhaust tips.

In the cabin, the M2 gets a host of M-specific items to reflect its prominent dynamic capabilities. The sports seats, in black Dakota leather with blue contrast stitching and an M logo in the backrests, have adjustable side bolsters to give the driver and front passenger optimum support through fast corners. You’ll also find carbon fiber and Alcantara trim as well as M logos on the tachometer, gearshift lever, door sill plates and steering wheel.

Though it’s yet to be confirmed, the 2016 BMW M2 is expected to debut at the 2016 Detroit Auto Show next January. Pricing is expected to start at a little over $50k, making the car a potential rival to Mercedes-AMG’s CLA45 AMG.