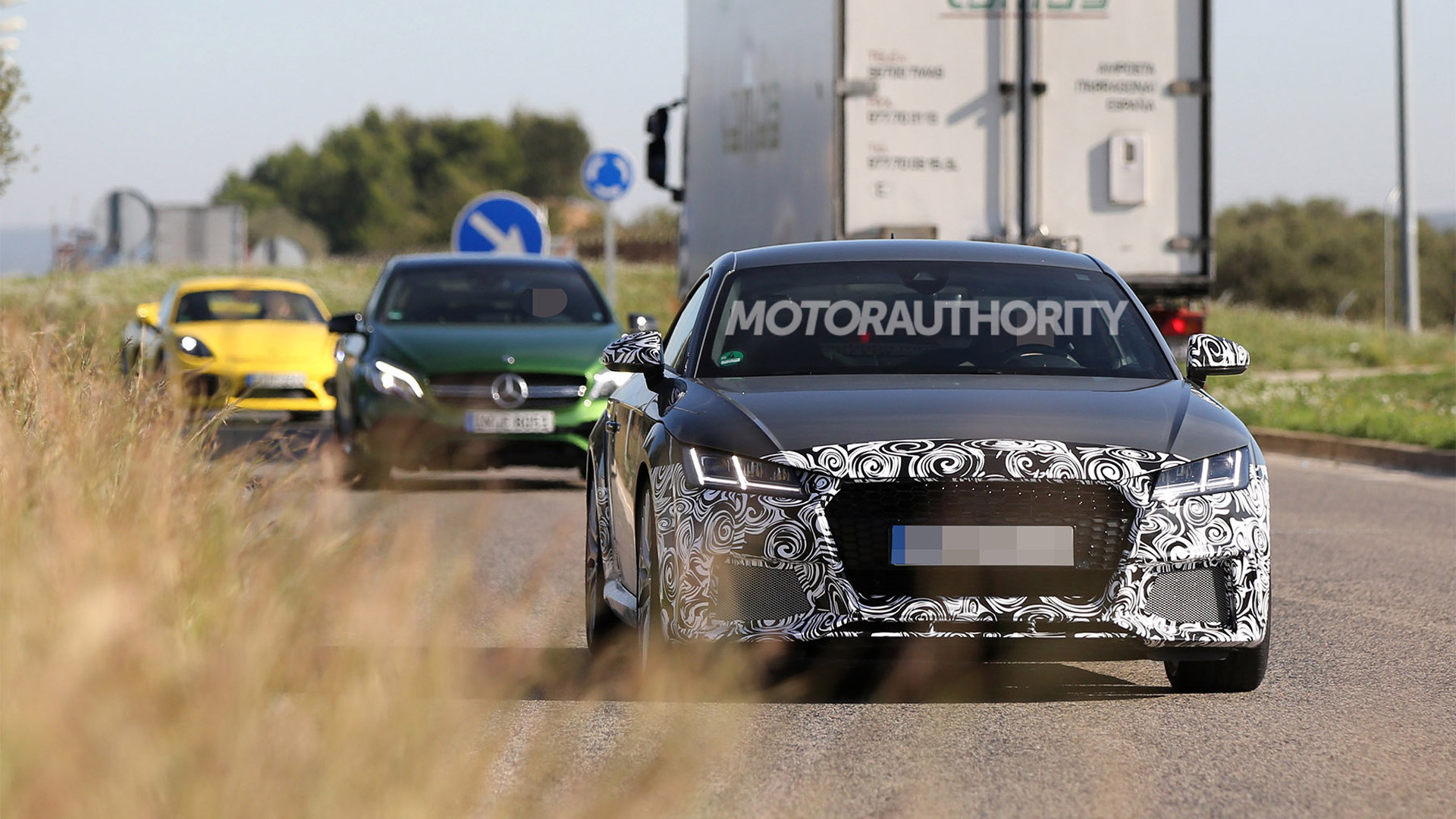 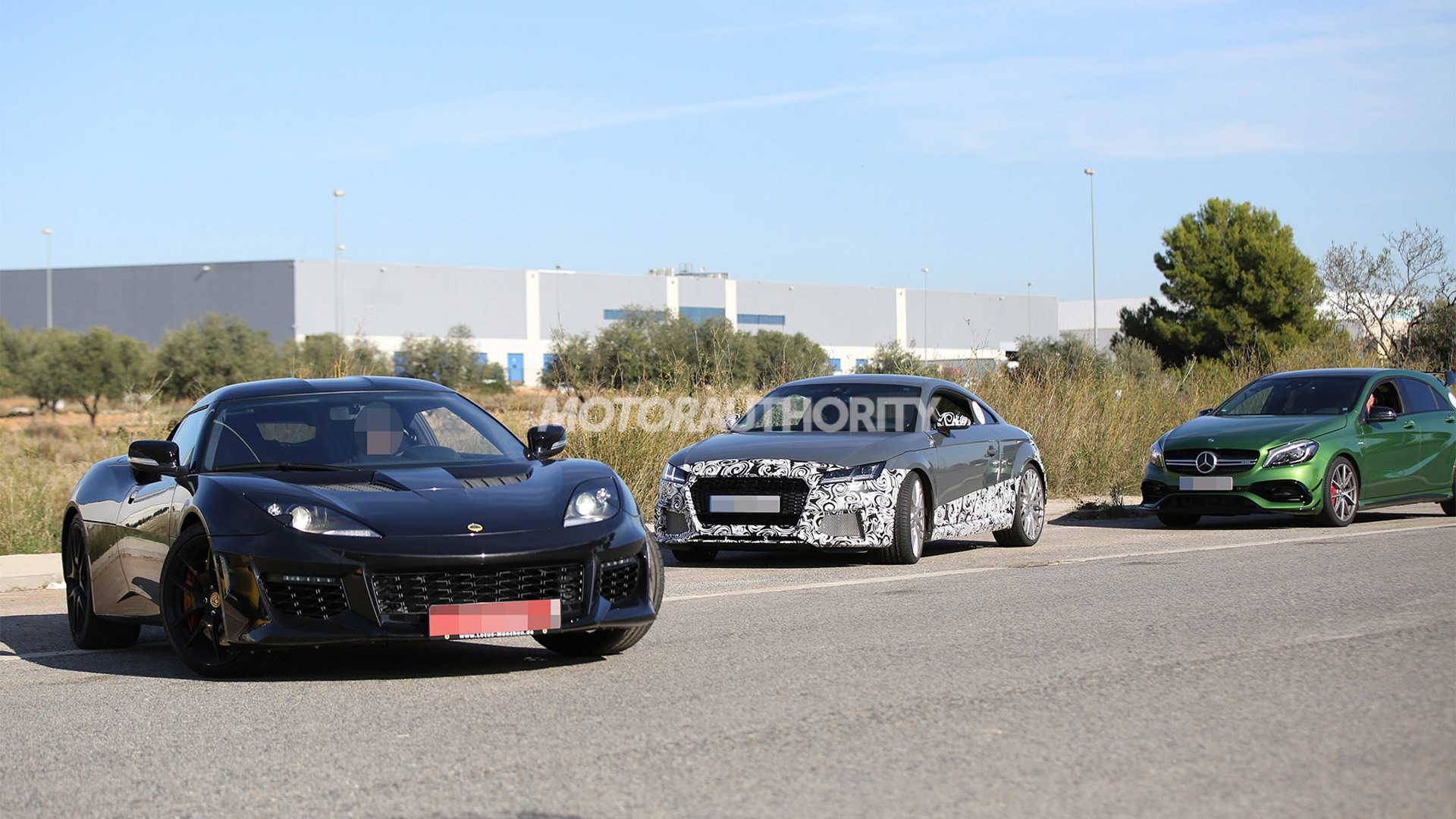 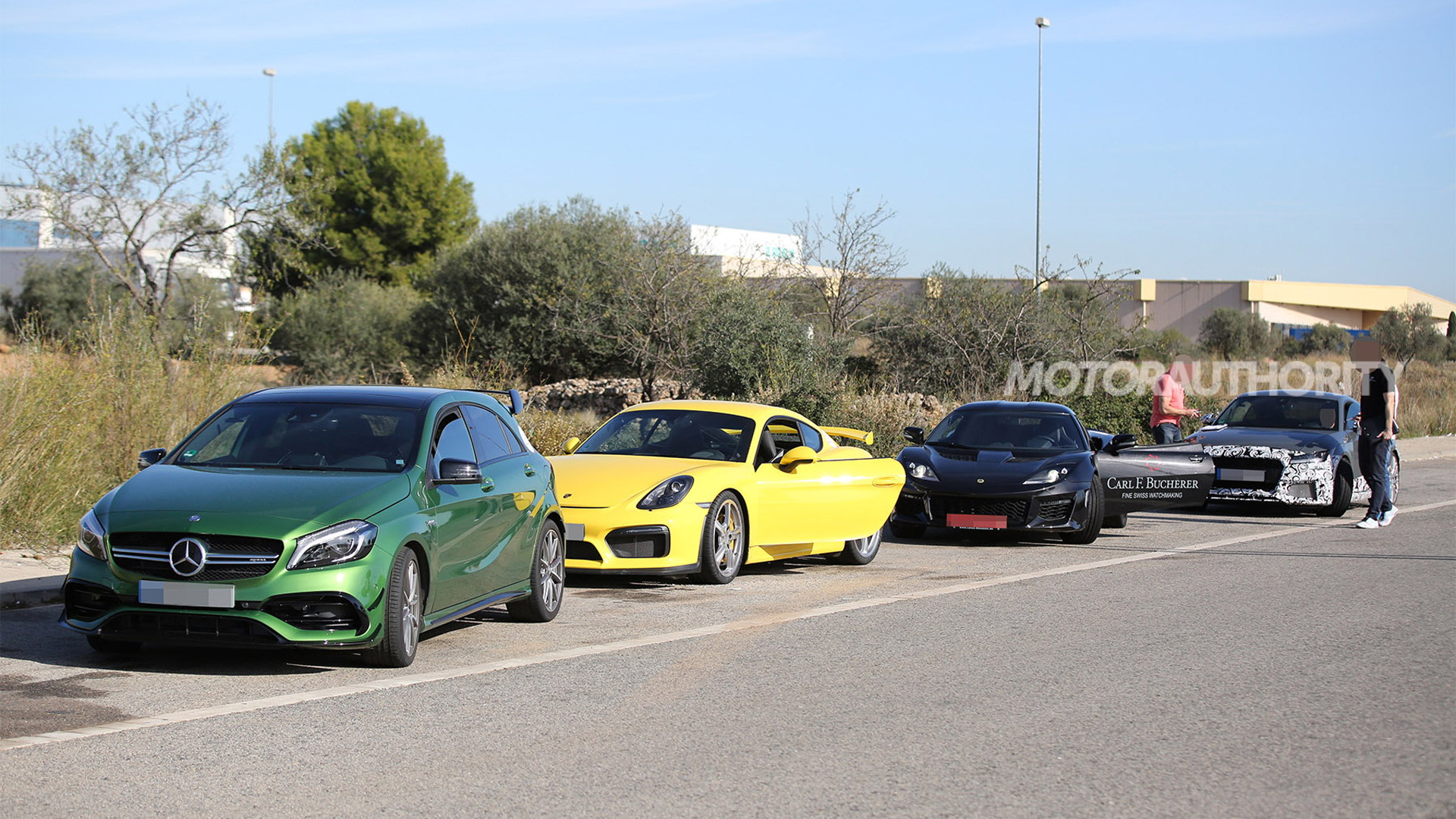 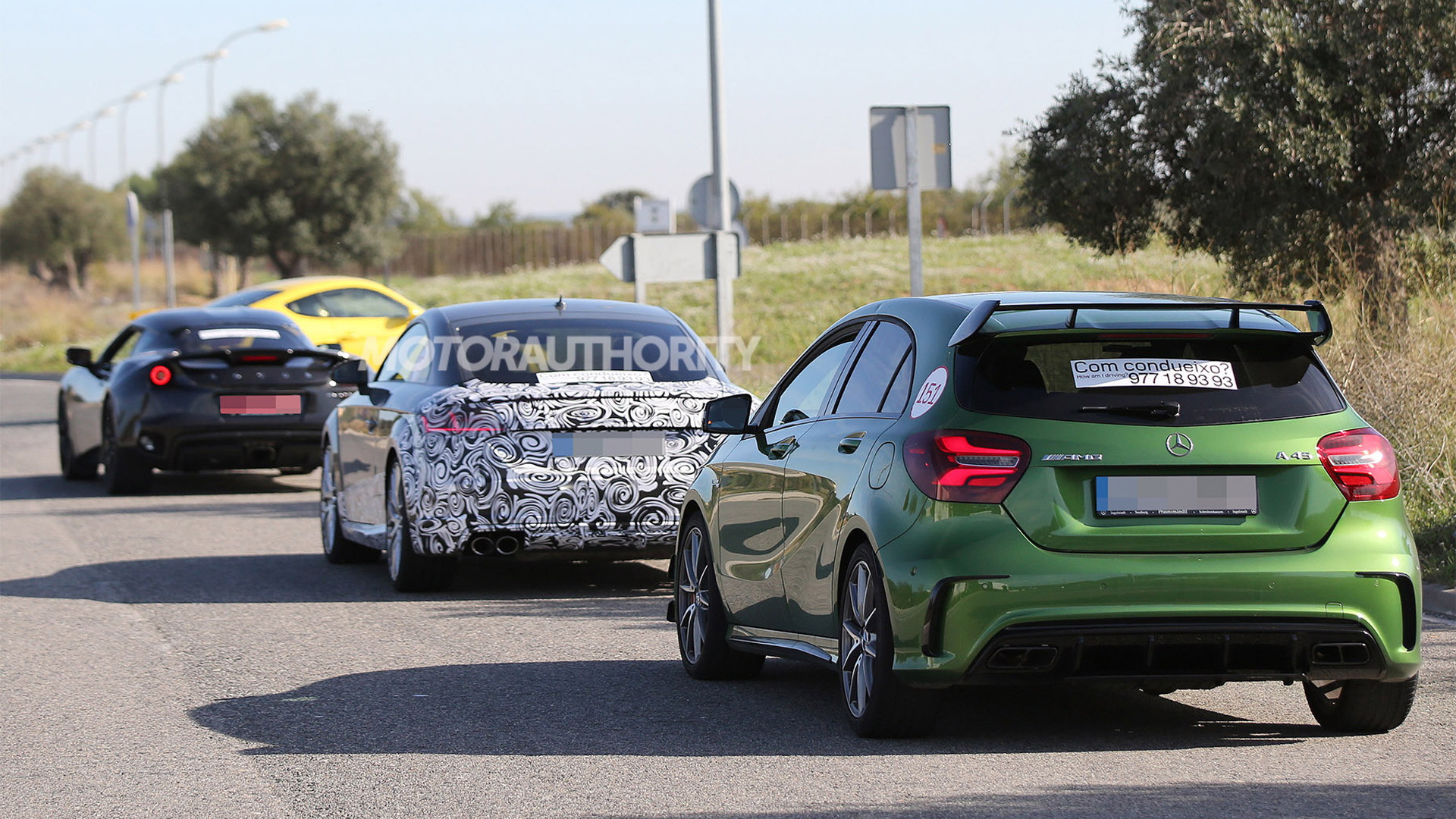 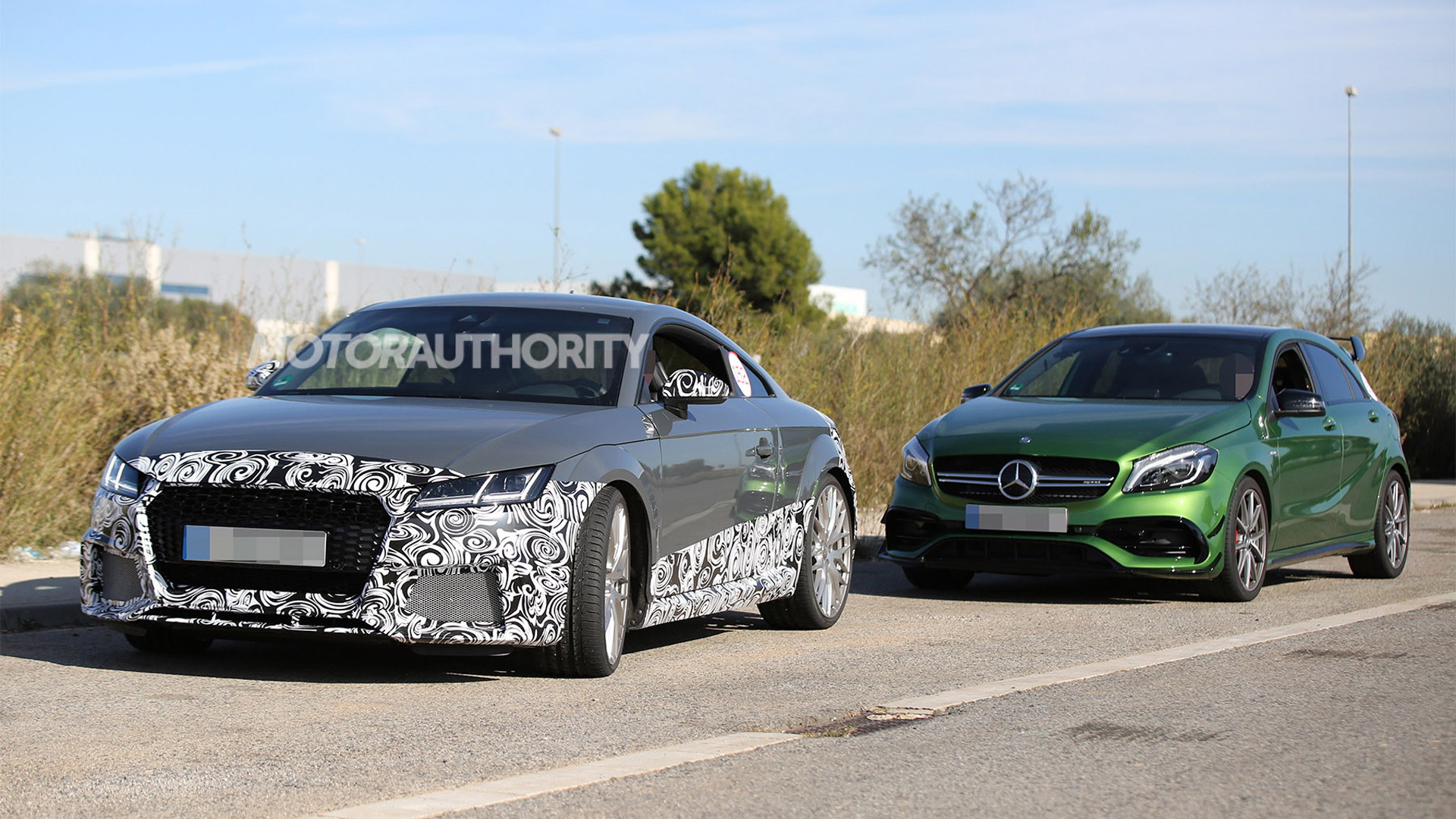 Audi recently launched its all-new, third-generation TT, which at present comes in standard TT and sportier TTS variants. The one we’re looking forward to the most however is the new TT RS, a prototype for which has just been spotted again, this time benchmarking against some potential rivals such as the Lotus Evora 400, Mercedes-AMG A45 and Porsche Cayman GT4.

The prototype is sporting the aggressive bumper that will feature on the latest TT RS, along with chunky side sills and signature RS oval-shaped exhaust tips. Audi’s recent TT Clubsport Turbo concept hints at what’s to come.

From the video, the sound we hear suggests the car is packing a five-cylinder engine as opposed to the four-cylinder unit found in the TT and TTS variants. This makes sense as the new TT RS is expected to feature an enhanced version of the turbocharged 2.5-liter five-cylinder fitted to the previous TT RS as well as the latest RS 3 Sportback.

In the RS 3 the engine is tuned to deliver 362 horsepower but we’re expecting substantially more for the TT RS. Considering the last TT RS had 360 hp on tap, figure on something closer to 400 hp for the latest model.

Sadly, we hear that a manual transmission will no longer be offered. This means the sole transmission will be a seven-speed dual-clutch unit. Drive will be to all four wheels via a quattro all-wheel-drive system.

Look for the new TT RS to hit the market sometime next year, as a 2017 model.