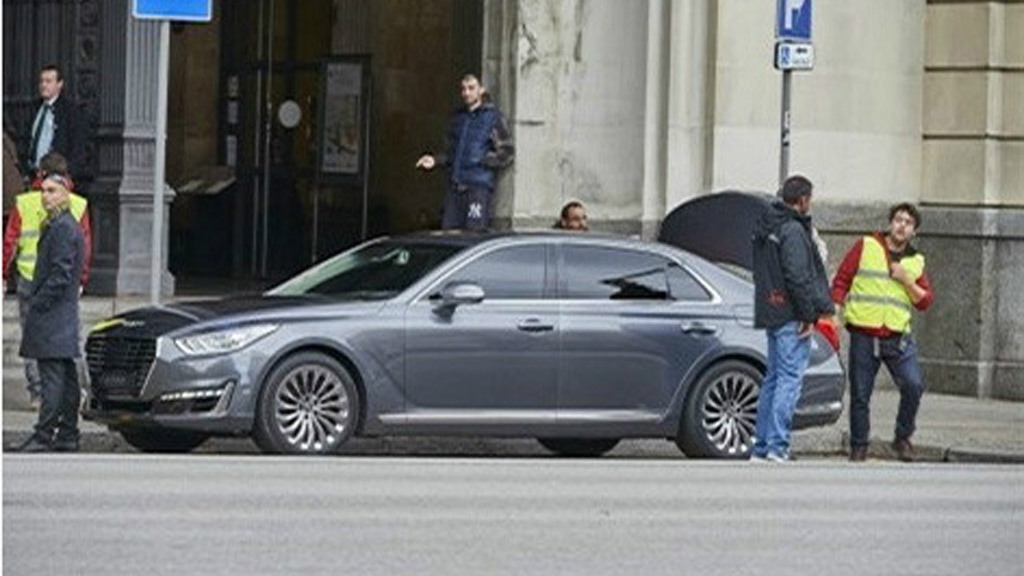 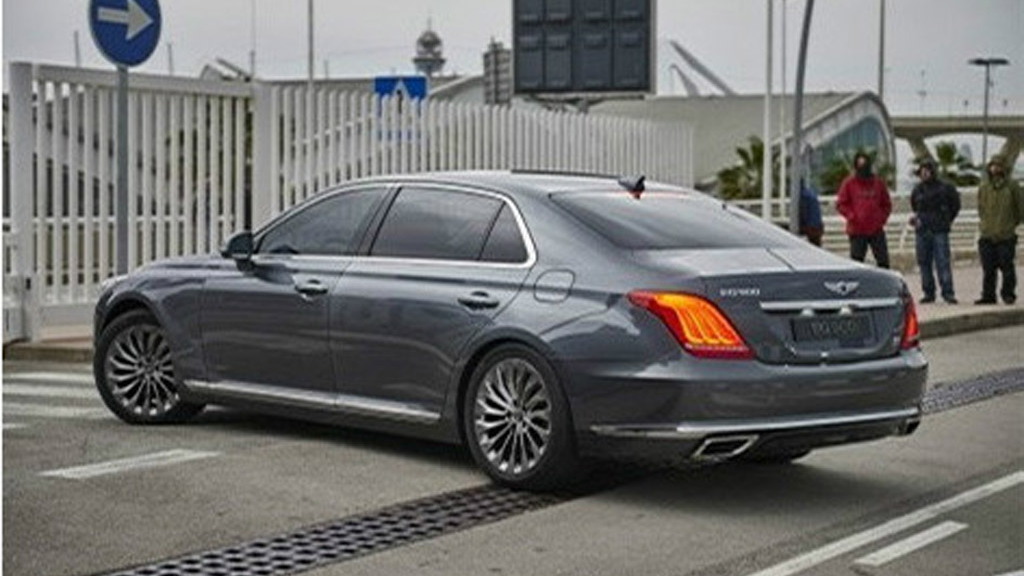 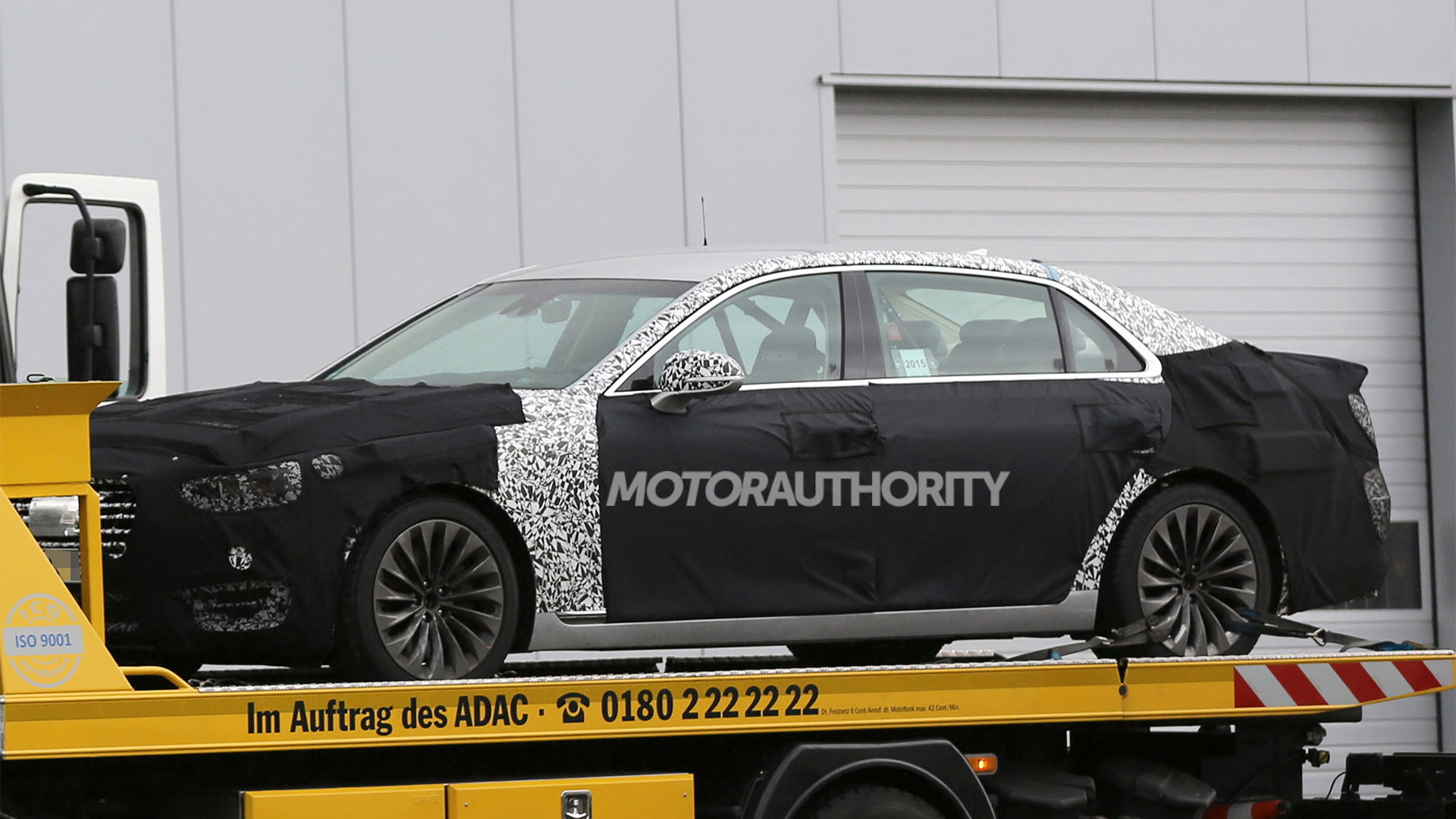 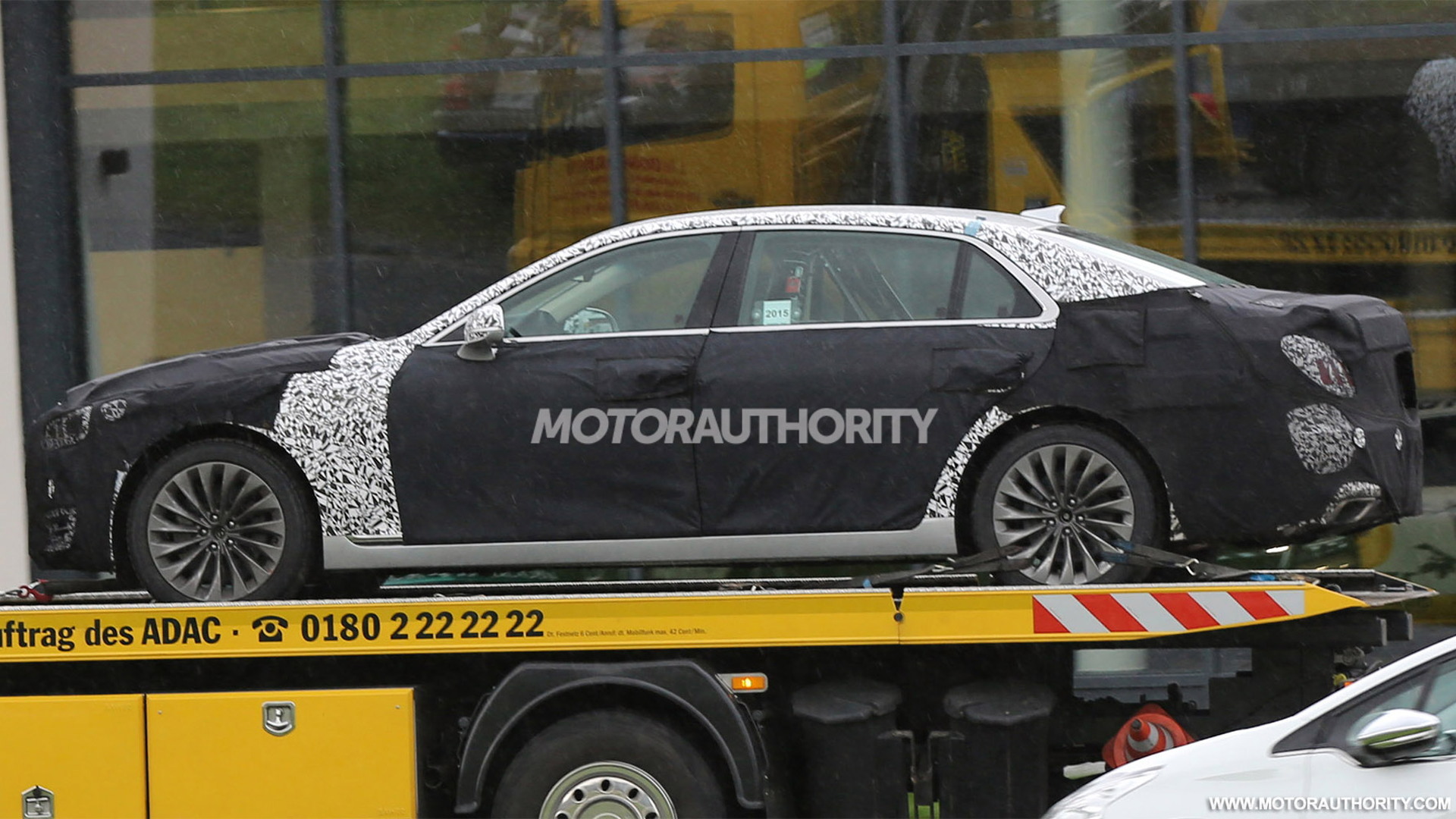 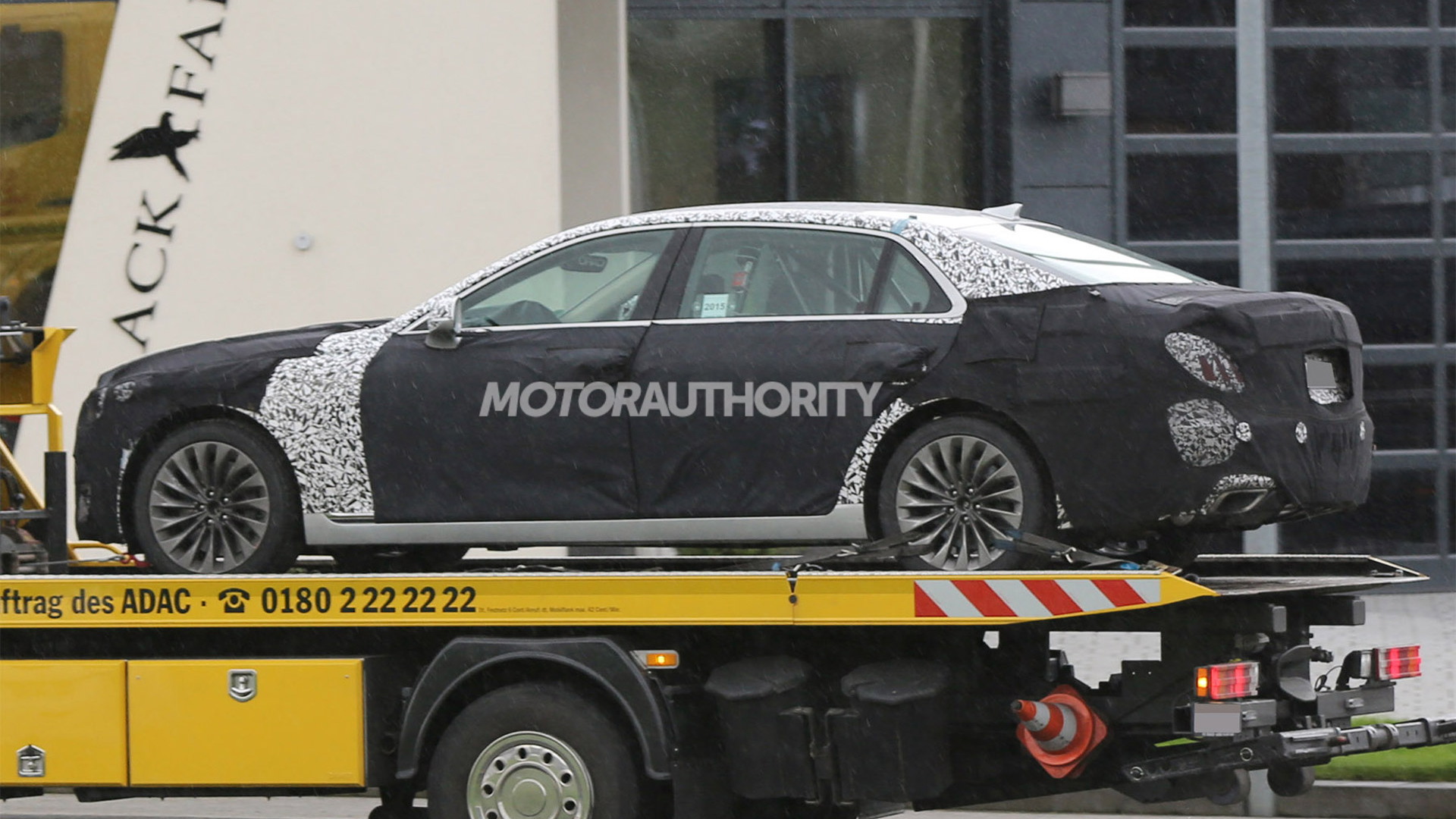 Hyundai recently confirmed it was launching a new luxury brand under the Genesis name to be made up of models whose names consist of a capital G and a number, 90, 80 or 70 etc., representing their positioning in the lineup. The first of these models will be a large flagship sedan replacing the Hyundai Equus.

The car will be called a G90 for most markets (it will be an EQ900 in Hyundai’s home market) and today we have new spy shots showing a completely undisguised version. The images come from the Korean website bobaedream (via Motor1) and give us an early look at the car ahead of its official debut set for early next month. 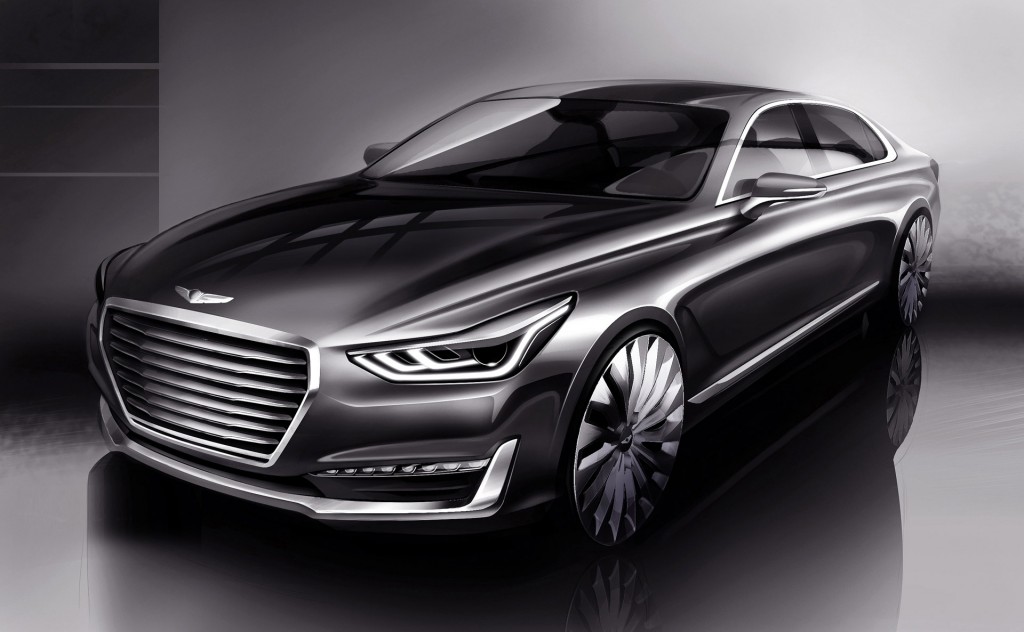 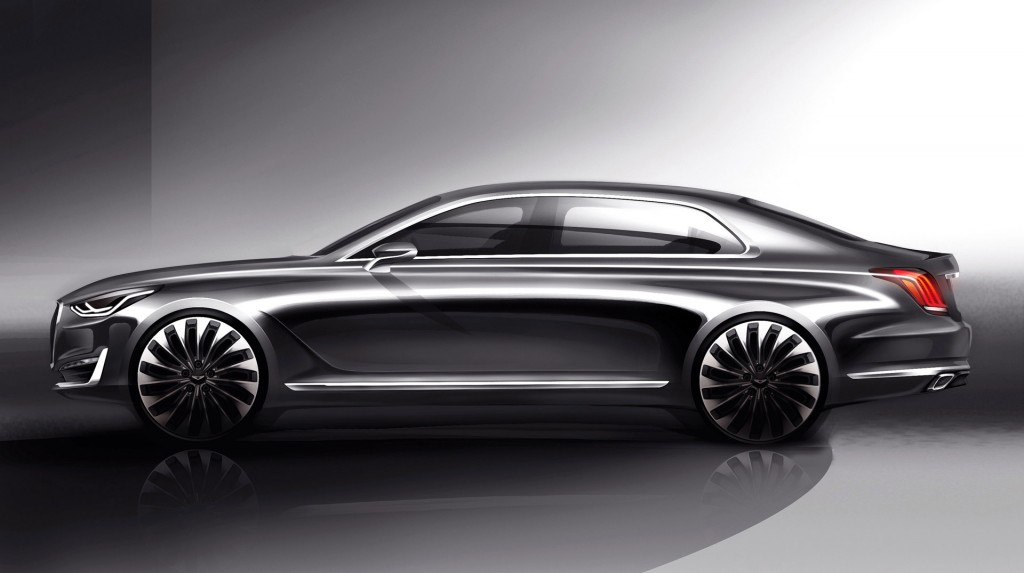 Underpinning it is a stretched version of the rear-wheel-drive platform found in the second-generation Hyundai Genesis, which itself will be renamed a Genesis G80 when it receives some updates next year. For the G90, buyers should have two engine options to choose from: a twin-turbocharged 3.3-liter V-6 and a 5.0-liter V-8. Rear-wheel drive will be standard but Hyundai's HTRAC all-wheel-drive system should be available.

Where the likes of Volkswagen, Jaguar and Kia have failed to make serious headway in a segment dominated by the German triumvirate of the Audi A8, BMW 7-Series and Mercedes-Benz S-Class, Hyundai made a compelling entry in this prestigious class with the Equus, whose annual sales average about 3,500 units per year here in the United States. It will be interesting to see if its successor, the G90, being sold under its own brand, fares better.

Stay tuned for the full reveal of the Genesis G90 in the coming weeks. It should arrive in showrooms sometime next year, as a 2017 model.