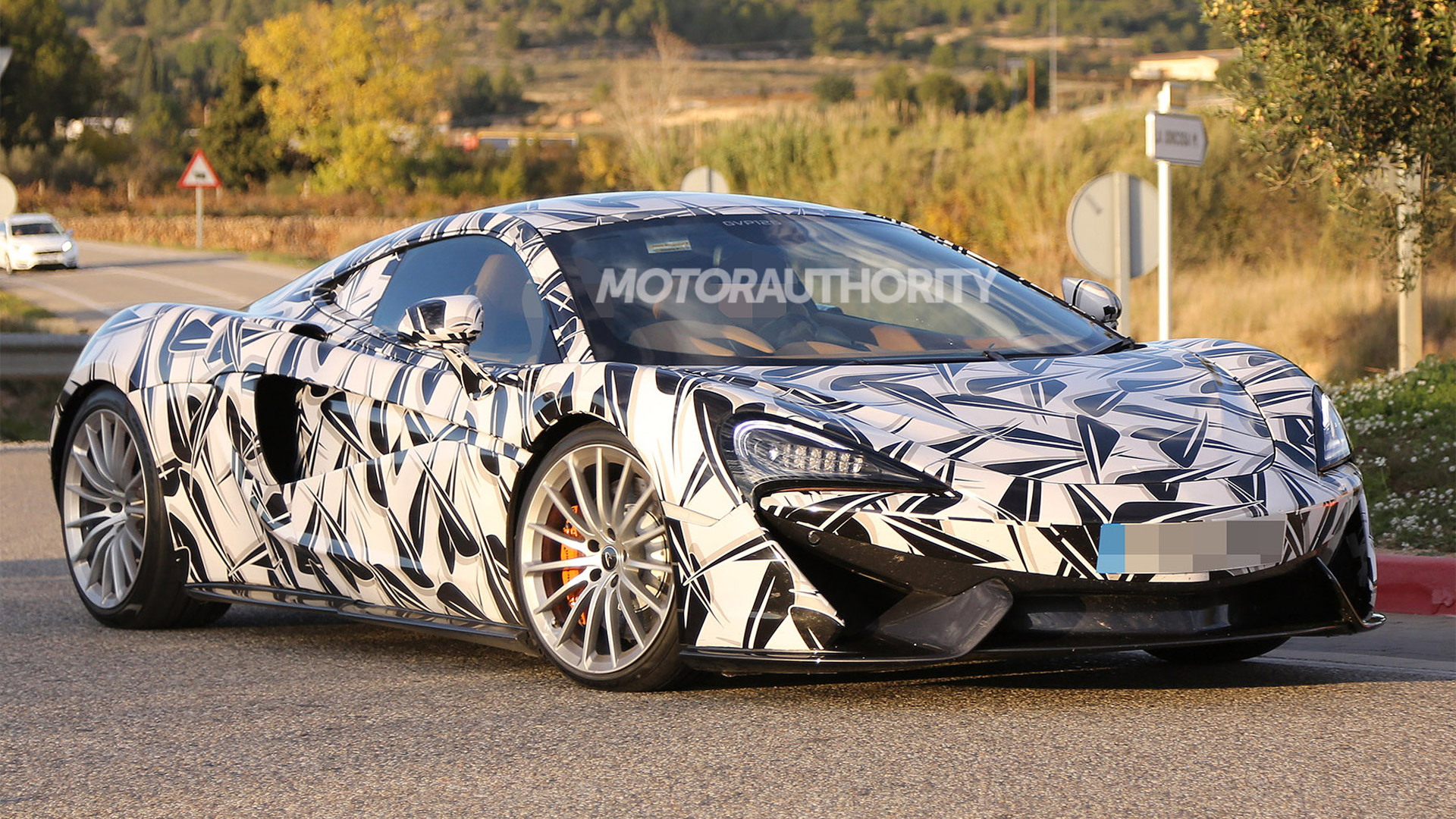 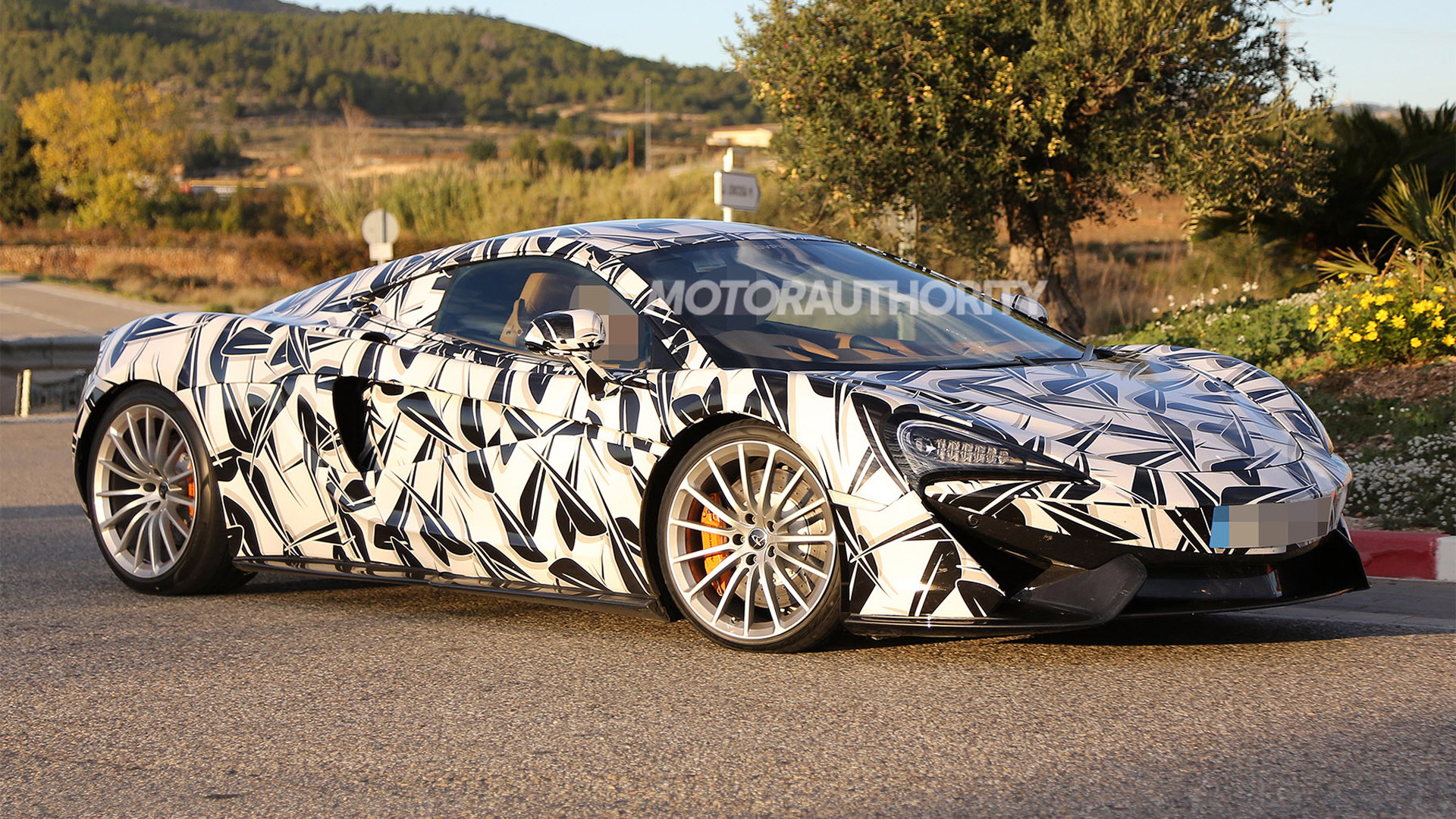 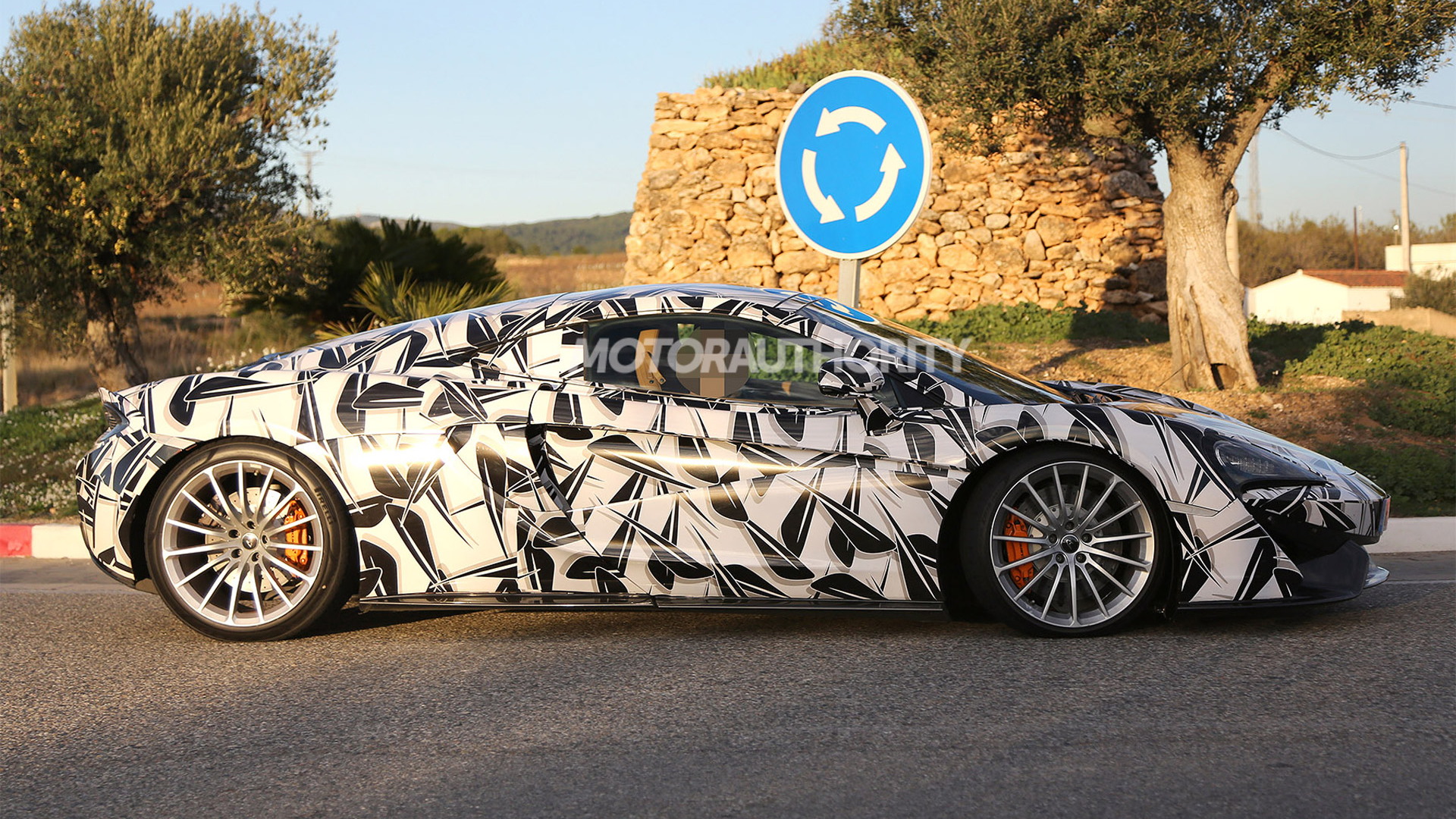 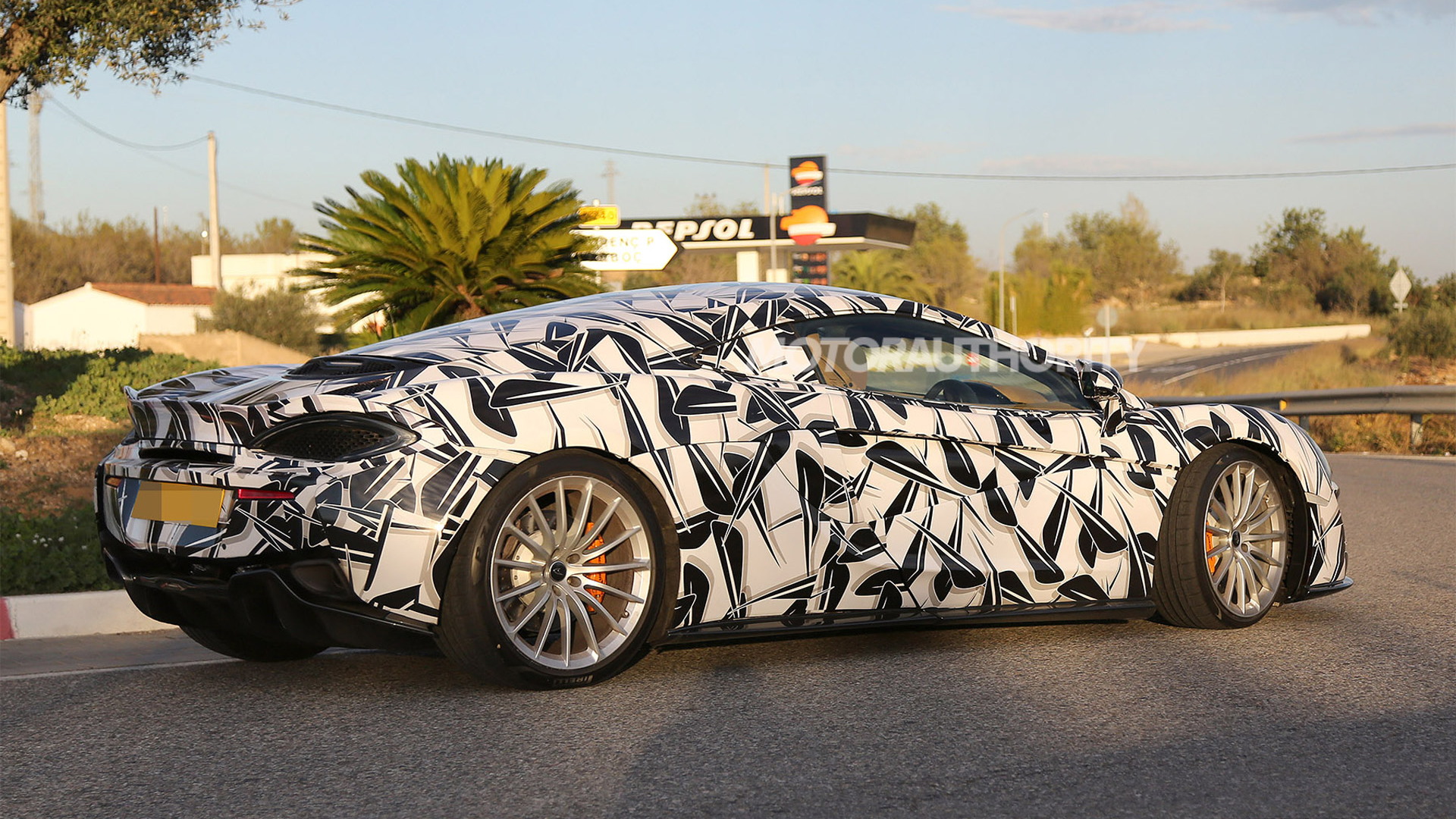 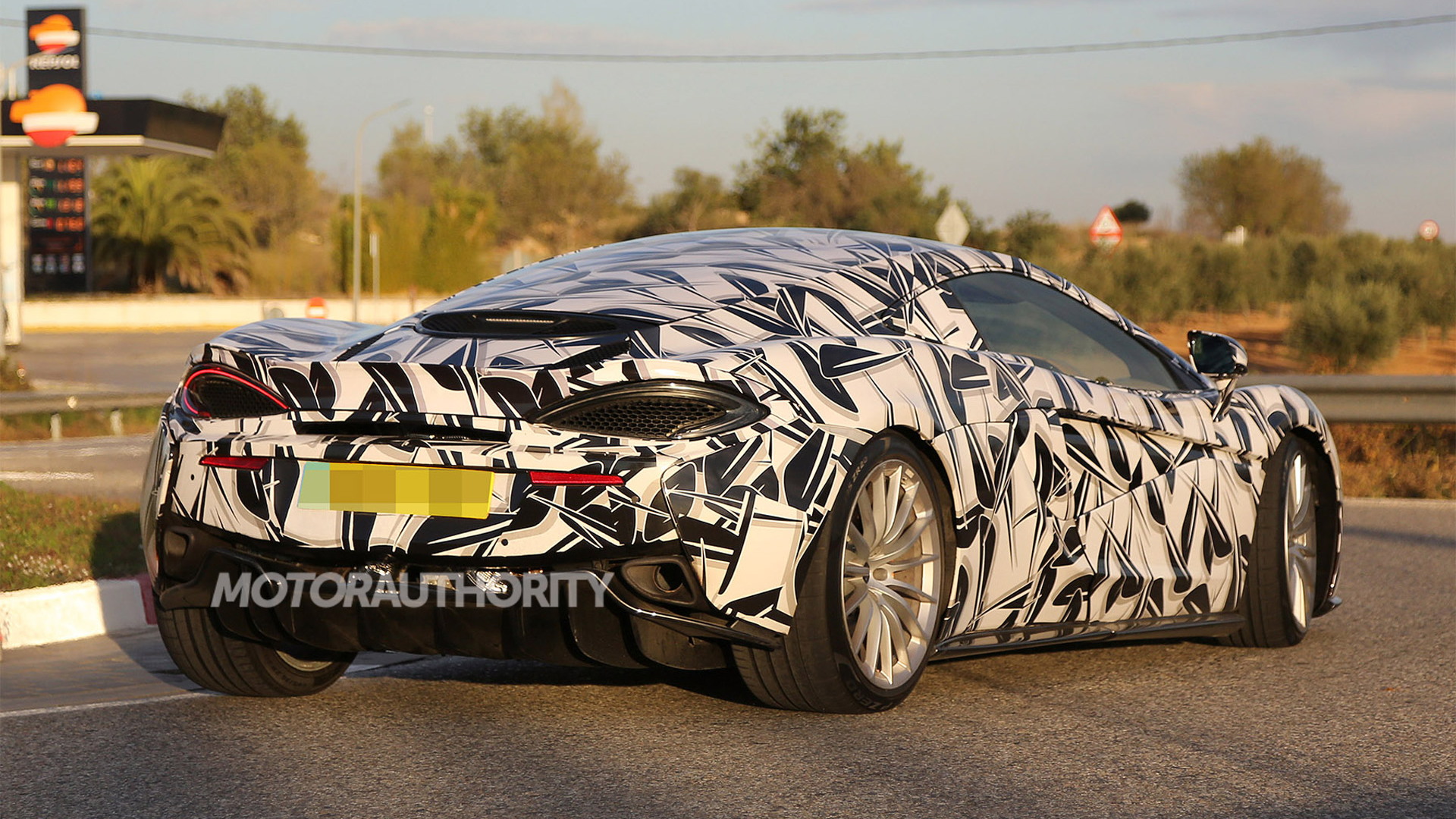 McLaren will add a new model to its entry-level Sports Series range next year but we’re not talking about a Spider convertible. Instead, the car will remain a coupe but sport a larger, more practical body than the current Sports Series models.

A prototype has just been spotted, and sadly it doesn’t have the distinct body that had been rumored. As the spy shots confirm, the only difference appears to be a new fastback roof that should add more room to the cabin. The roof replaces the engine cover on the standard Sports Series coupes and incorporates the rear window. The image below provides a comparison between the two designs.

It’s not clear what the car will be called but it’s possible we’ll see McLaren use the GT designation. The last McLaren road car officially classified as a GT was the F1 GT built towards the end of the F1 supercar’s production run.

Inside, we may see a 2+2 configuration for the seats. But given the tight confines, any rear seats will likely be just as impractical as those found in other four-seaters with an engine behind the cabin such as the Lotus Evora and Porsche 911.

The engine should be the same twin-turbocharged 3.8-liter V-8 fitted to other Sports Series models. Peak output should match either the 562-horsepower of the 570S or the 533-hp of the 540C.

A world debut is expected to take place at the 2016 Geneva Motor Show next March. McLaren will then add a Spider convertible to the range in 2017.