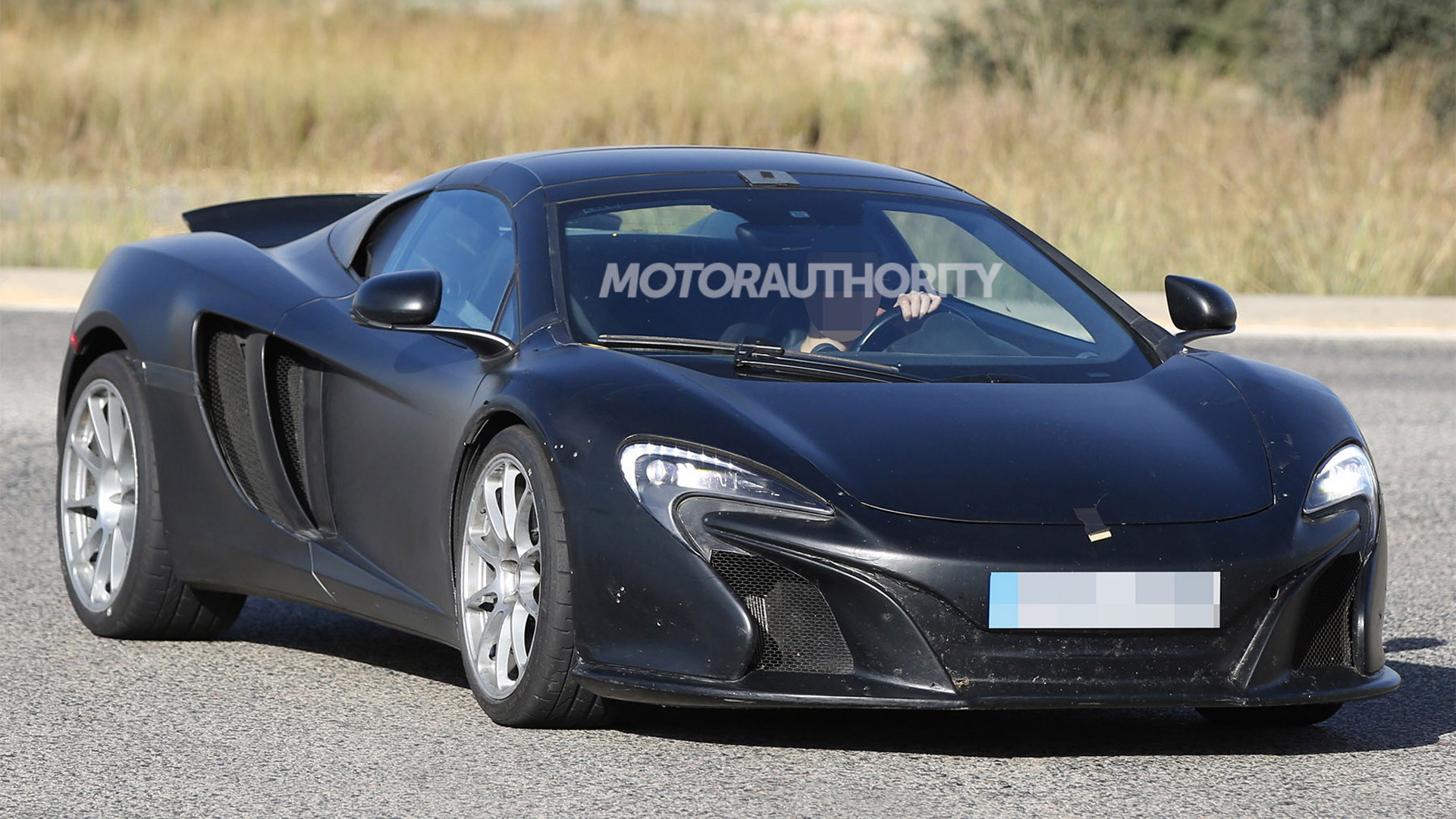 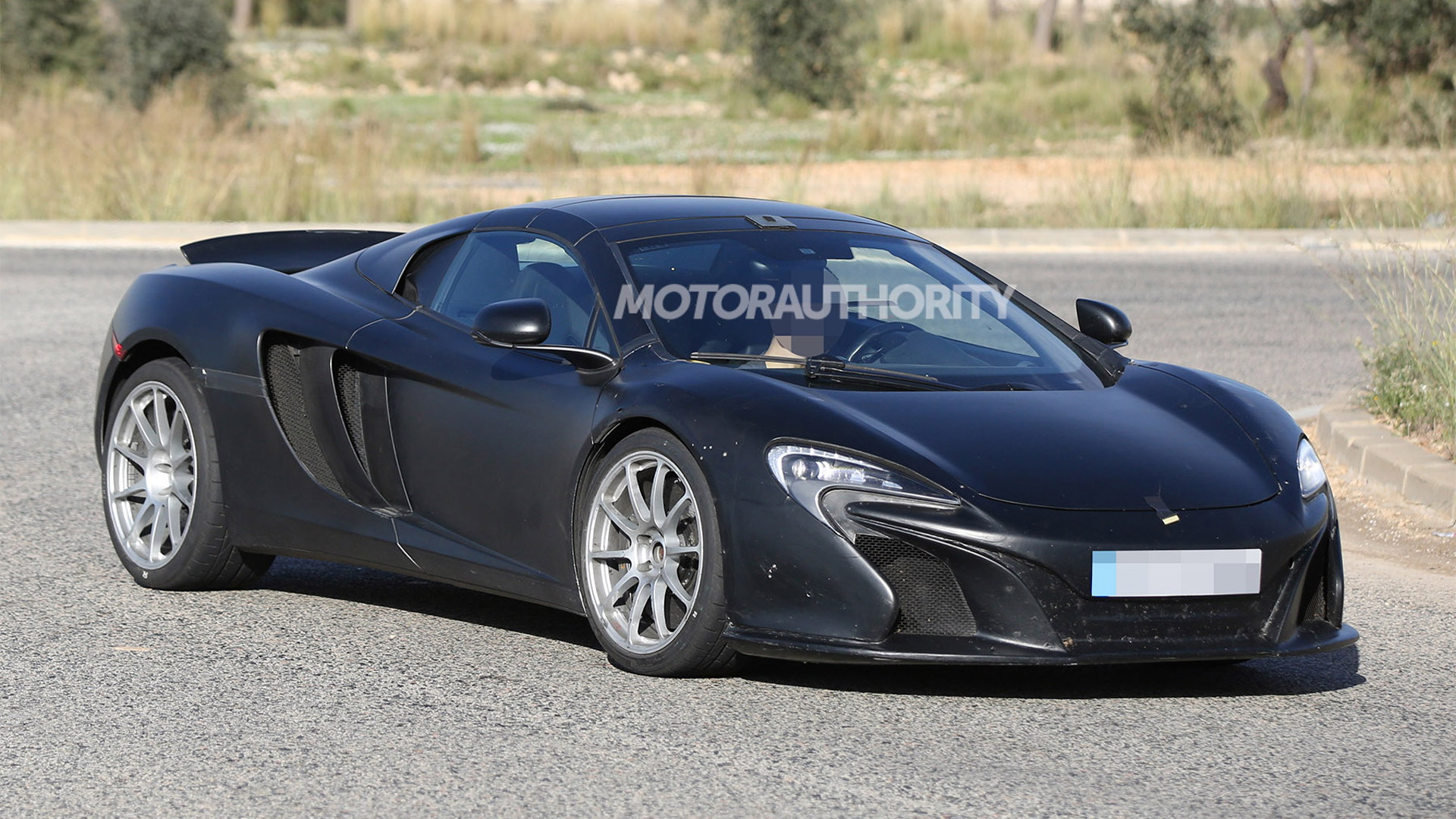 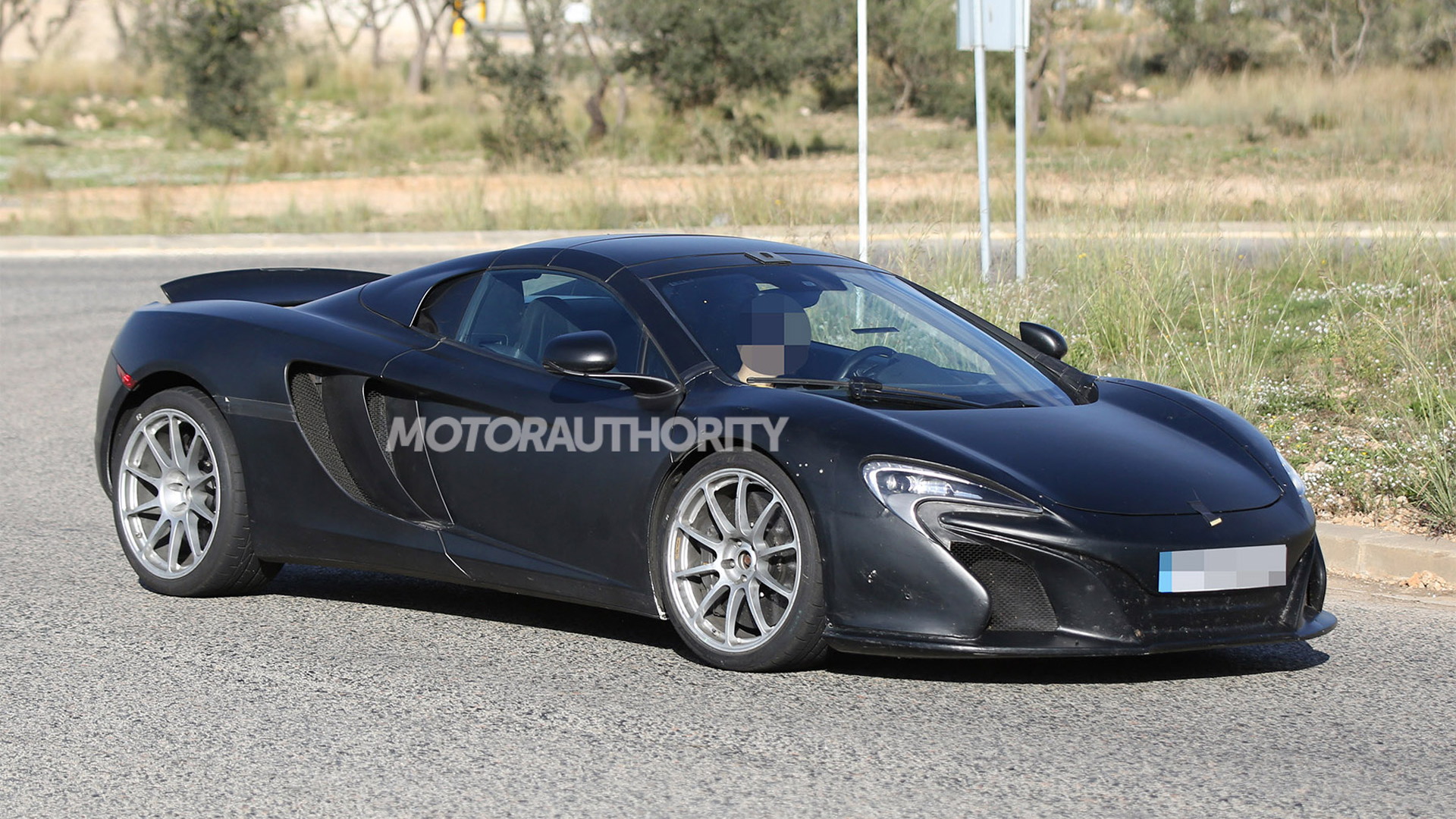 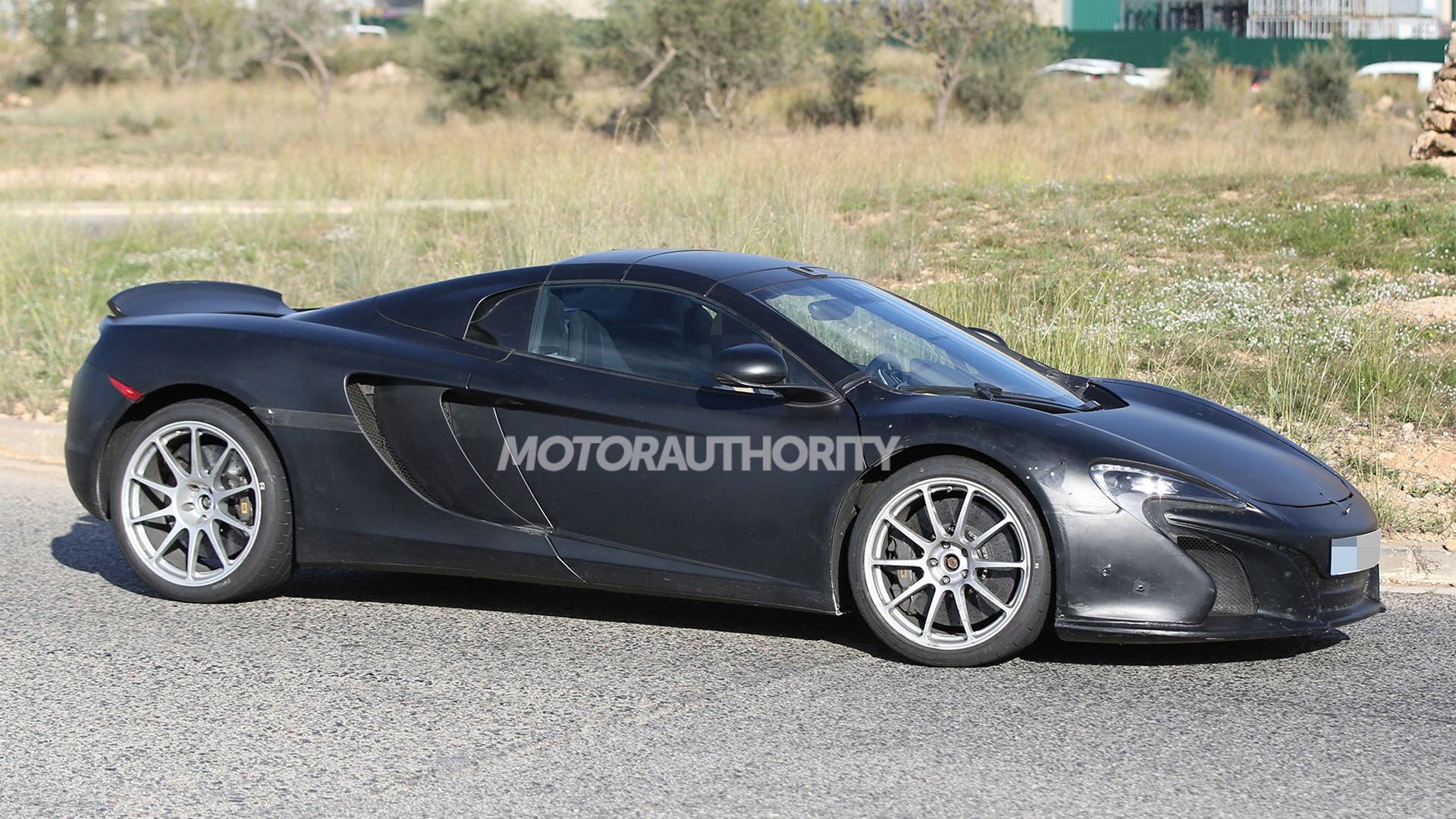 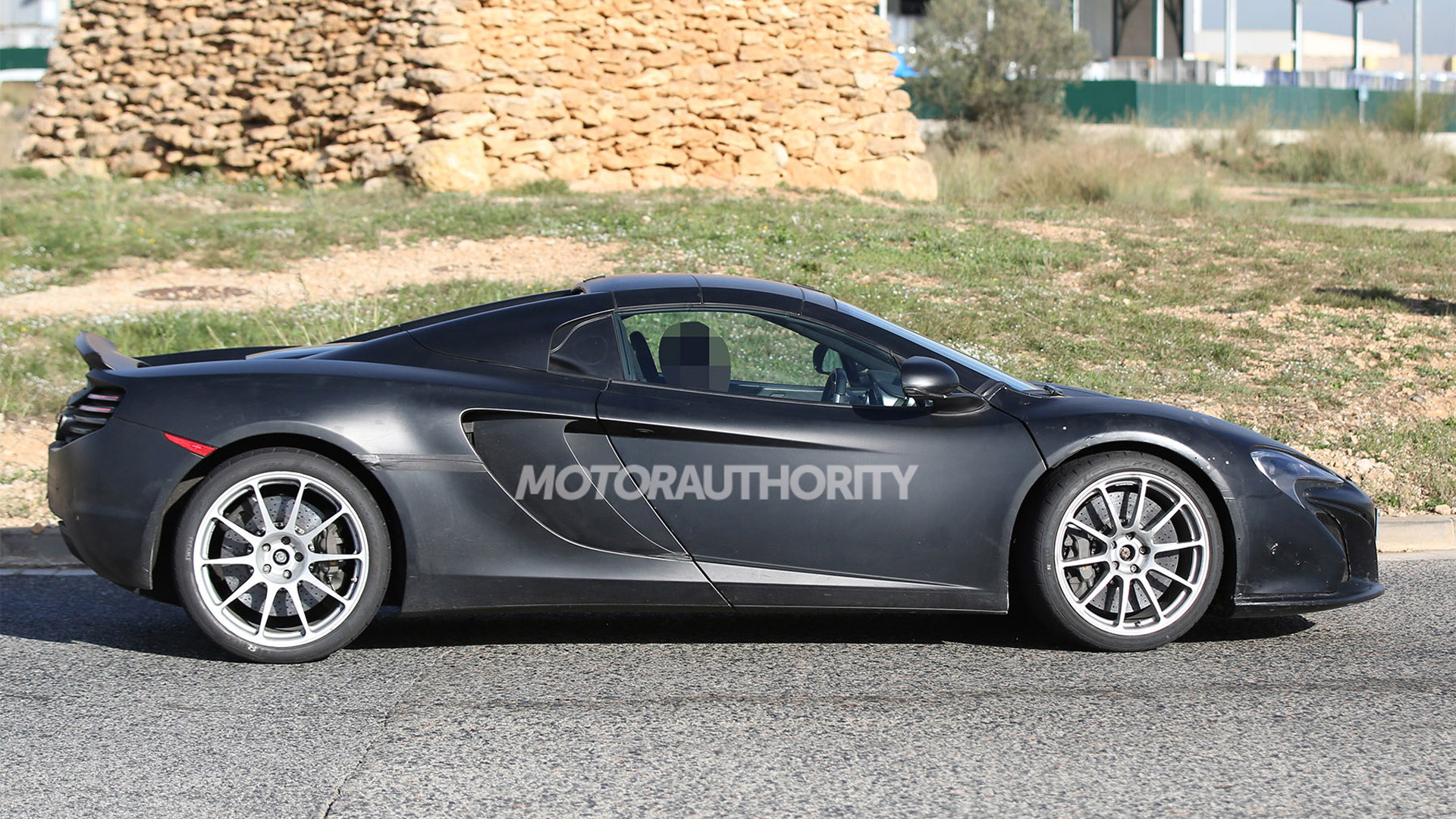 McLaren’s 675LT is billed as the most track-focused variant in the Super Series lineup, but that won’t stop the British automaker from launching an open-top version of the car. We’ve already reported on McLaren’s plans for a 675LT Spider and now we have the first spy shots of a test mule.

An initial glance will lead one to think this is an ordinary 650S Spider but if you peer a little closer you’ll notice the makeshift dual-side vent design similar to the one used on the original 12C Spider. This is likely due to additional cooling required by the higher-rated version of McLaren’s twin-turbocharged 3.8-liter V-8 fitted to the 675LT.

On the 675LT coupe, a unique engine cover with extra holes is fitted (shown below). However, because of the retractable hard-top roof design on this car, it's likely the engineers needed to find a new way of sending cool air to the engine. McLaren’s retractable roof takes just 17 seconds to go down and can be operated at speeds of up to 19 mph.

Peak output should remain a hellish 666 horsepower and 516 pound-feet of torque, and this will be routed to the rear wheels via a seven-speed dual-clutch transmission employing a torque-limiting system to aid launches. Owners can expect 0-60 mph acceleration in under 3.0 seconds and a top speed in excess of 200 mph.

Questions still remain on how the lack to a roof will translate to the bodywork. The LT designation is a nod to McLaren’s F1 GTR Long Tail race car, and the modern 675LT utilizes a longer rear section which boosts downforce. The car’s air brake is also twice as large as the one on the 650S. We’ll know what McLaren is planning once the first prototypes emerge.

Look for a debut of the 675LT sometime next year. Also next year, McLaren is expected to introduce a new, more practical Sports Series variant which we also spied this week.