Lincoln has given us a concept previewing its sedan to replace the MKS, which will revive the automaker’s storied “Continental” nameplate when it goes on sale early next year. It’s been criticized for borrowing styling cues from a handful of contemporary cars, but it’s still hugely satisfying in many ways, at least for those with automotive aesthetic tastes that span the better part of the last century. 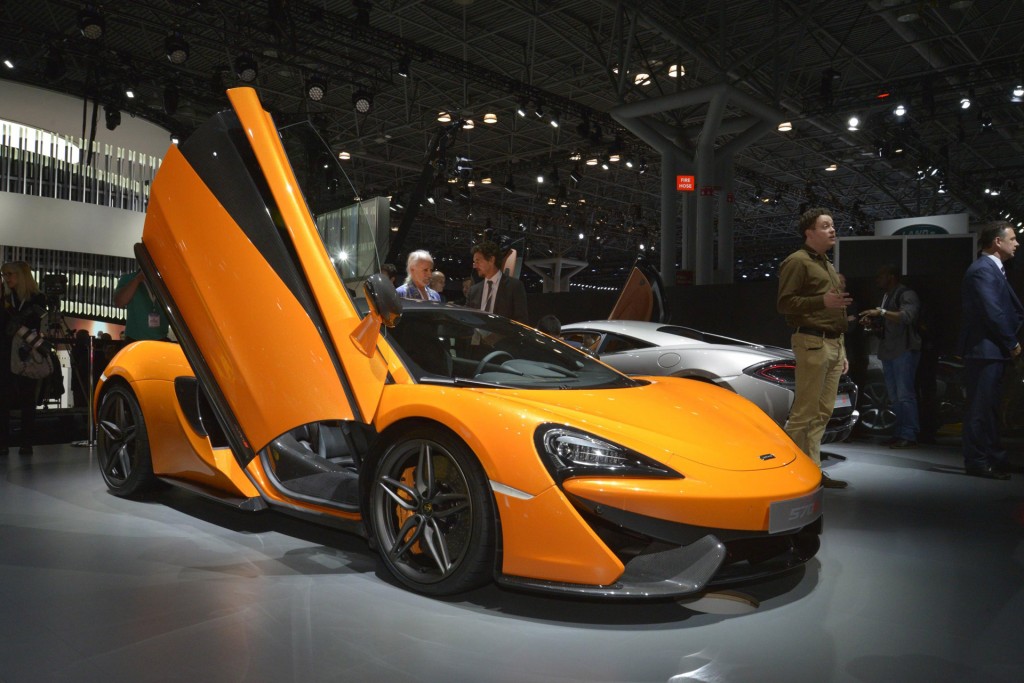 The McLaren 570S Coupe, the first member of the British automaker’s entry-level Sports Series range, has been revealed. As expected, the car’s twin-turbocharged powerplant is rated at 562 horsepower, but more interesting is news that the Sports Series range may see McLaren with a car priced near $150k. 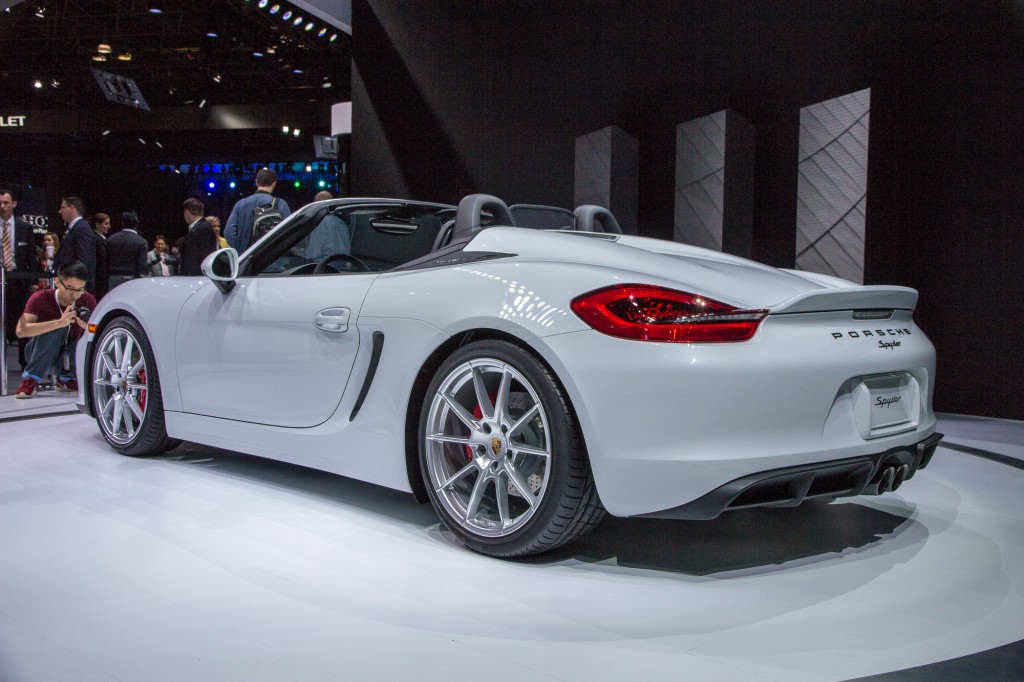 Porsche pulled one of the big surprises of this week’s New York Auto Show by revealing a new Boxster Spyder. The car features a number of upgrades shared with the track-focused Cayman GT4, as well as a unique engine cover whose styling was inspired by the 718 Spyder from the 1960s. 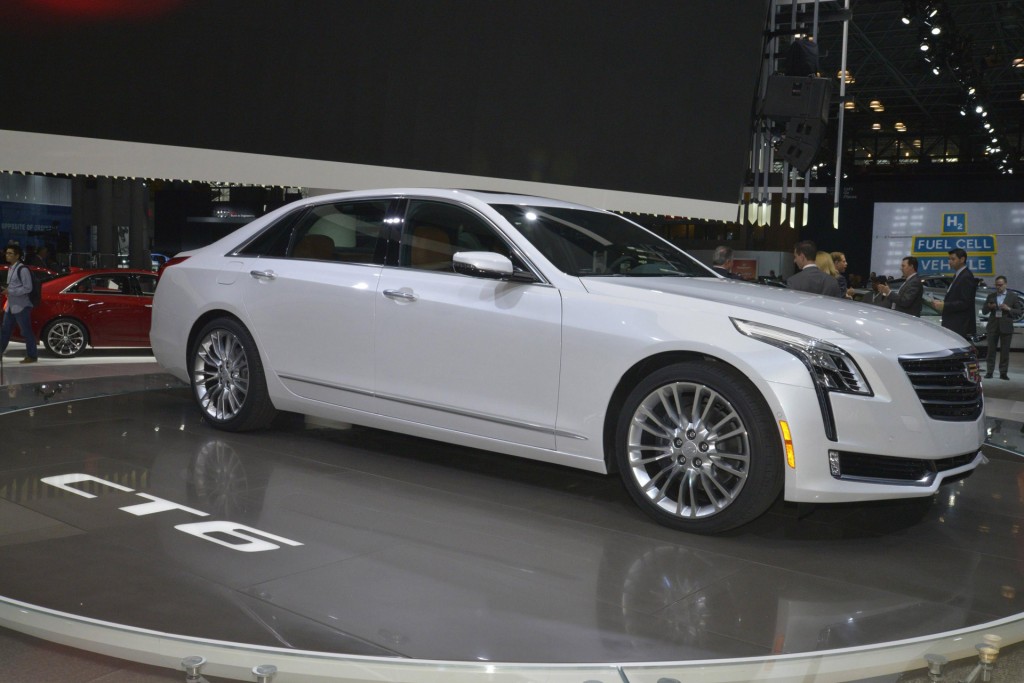 The Lincoln Continental wasn’t the only flagship sedan on show in the Big Apple. Cadillac also pulled the covers off a range-topping sedan, the all-new CT6, which will be going on sale around the same time as the Continental. It rides on General Motors Company's [NYSE:GM] new Omega platform for large, rear-wheel-drive cars, and despite being the size of a BMW 7-Series it weighs less than a 5-Series. 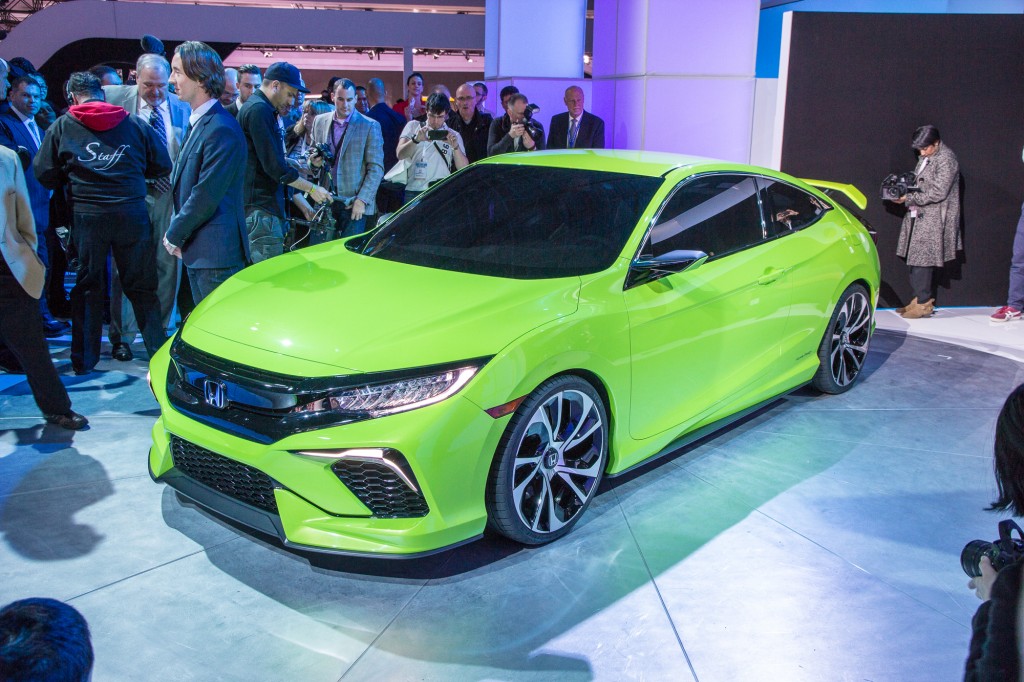 Honda previewed its next-generation Civic with a concept car at this week’s 2015 New York Auto Show. We also learned in New York that the Civic hatch sold overseas will be part of the new lineup, including the high-performance Civic Type R variant. Yes, the 305-horsepower hot hatch is coming to the U.S. 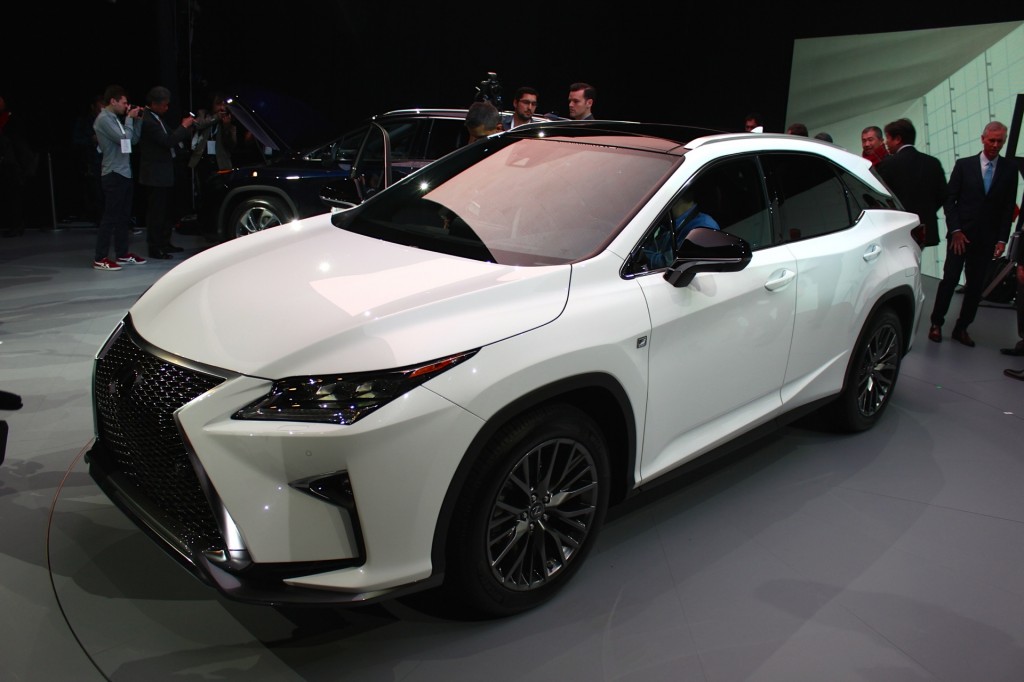 Lexus has unveiled a much more aggressively styled RX SUV in New York. The vehicle goes on sale later this year, in RX 350 and RX 450h trims, and is available with an F Sport package. The new look is a significant departure from the rather staid styling of previous-generation models. We wonder how that will sit with the Lexus faithful. 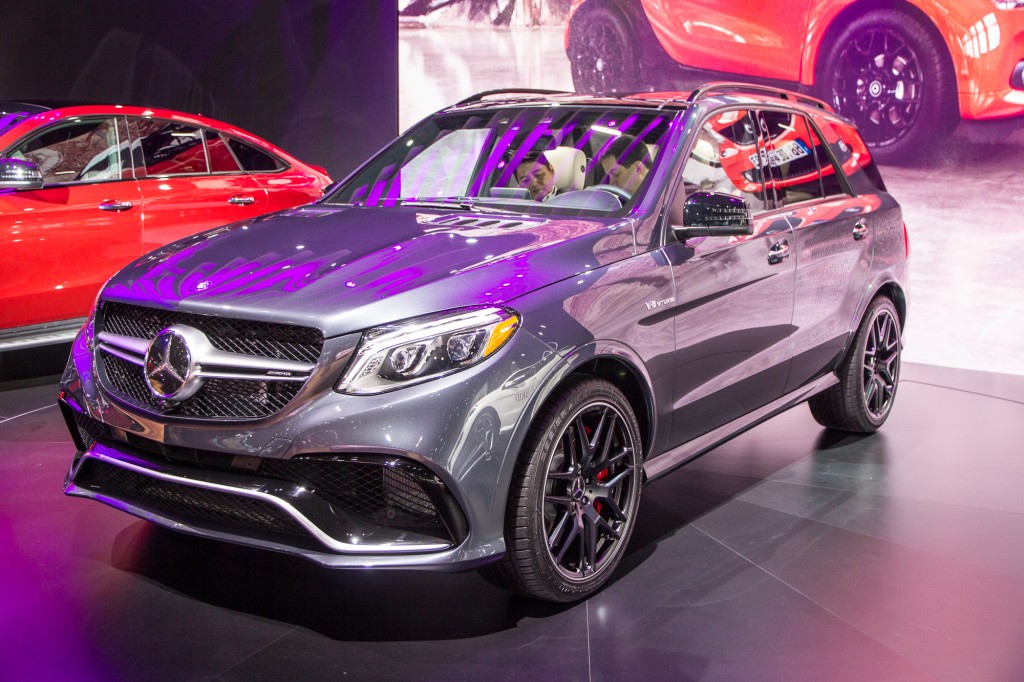 Going up against the new RX in the sales race is Mercedes-Benz’s new GLE. The GLE is actually just an updated version of the M-Class SUV on sale since the 2012 model year, however, in addition to its new name it also benefits from some revised styling and an updated cabin. The good news is that a high-performance variant is still being offered by the Mercedes-AMG division. 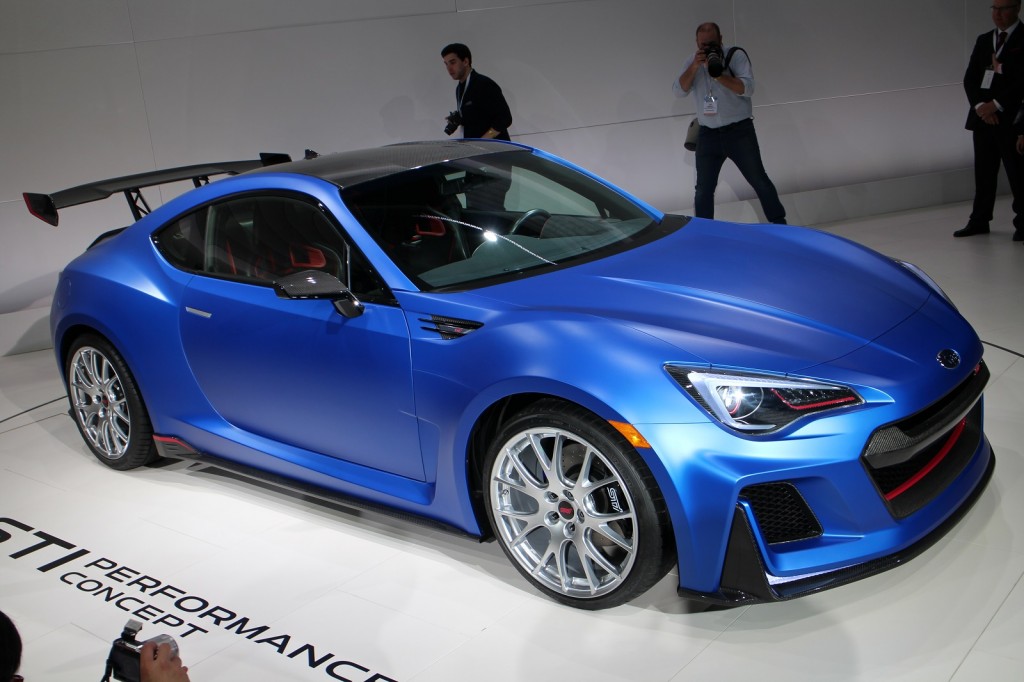 Subaru also pulled off one of the major surprises of the show with its STI Performance concept car. No, it's not the BRZ STI of your dreams; rather, it's a conceptual showcase of what’s potentially possible as Subaru expands the reach of STI in this country. All we have to say is please, just build it. 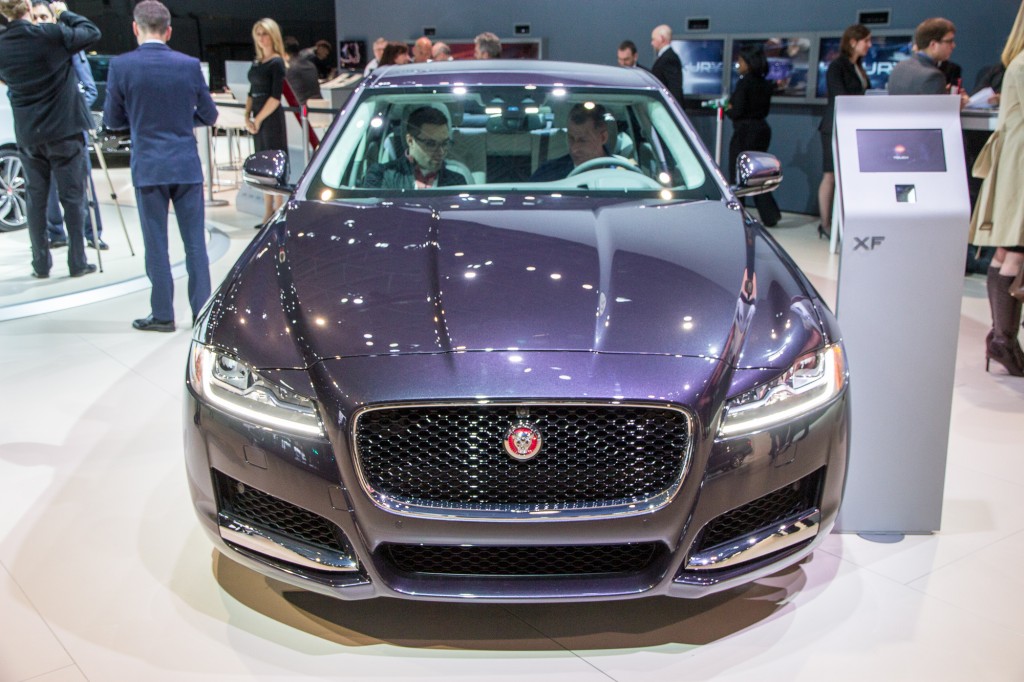 The all-new Jaguar XF made its world debut this week in New York, ahead of its eventual showroom appearance in the fall. The design of the exterior may not have changed much but underneath the pretty sheet metal are some significant updates that allow the new XF to weigh up to 265 pounds less than its predecessor in some trims. 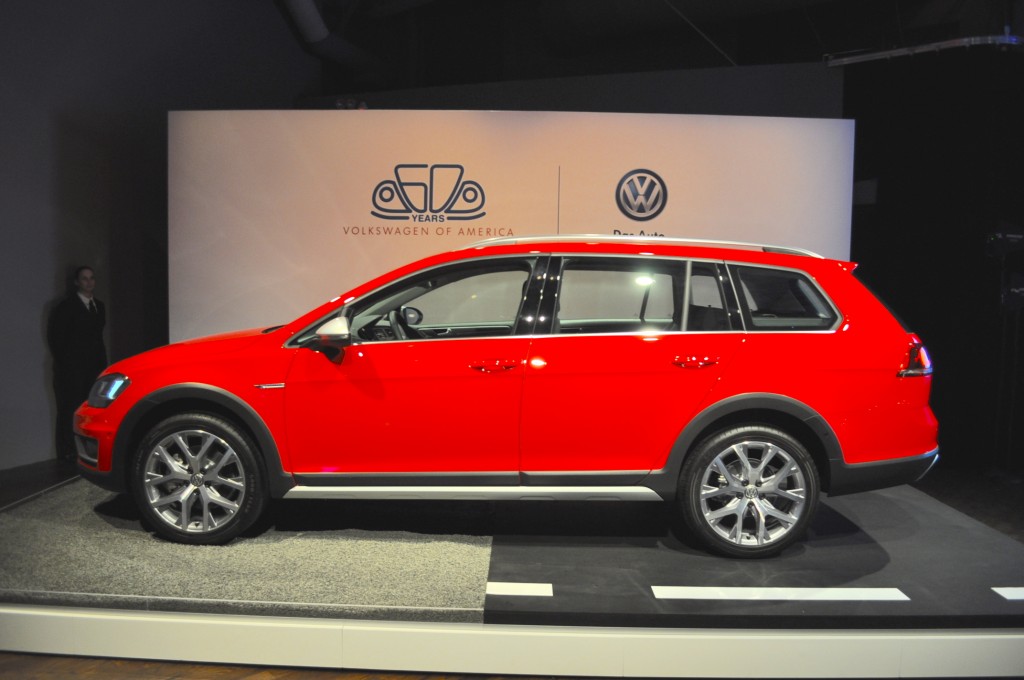 One final car we weren’t expecting to see in New York was the Volkswagen Golf SportWagen Alltrack. Based on the regular Golf wagon, the car gets an inch of extra ride height, VW's 4Motion all-wheel-drive system, some underbody protection, and a confirmed launch date on these shores. Yep, it’s coming here in 2016.

There was simply too much to include it all here, but you can access the rest of our New York Auto Show coverage over at our dedicated hub.