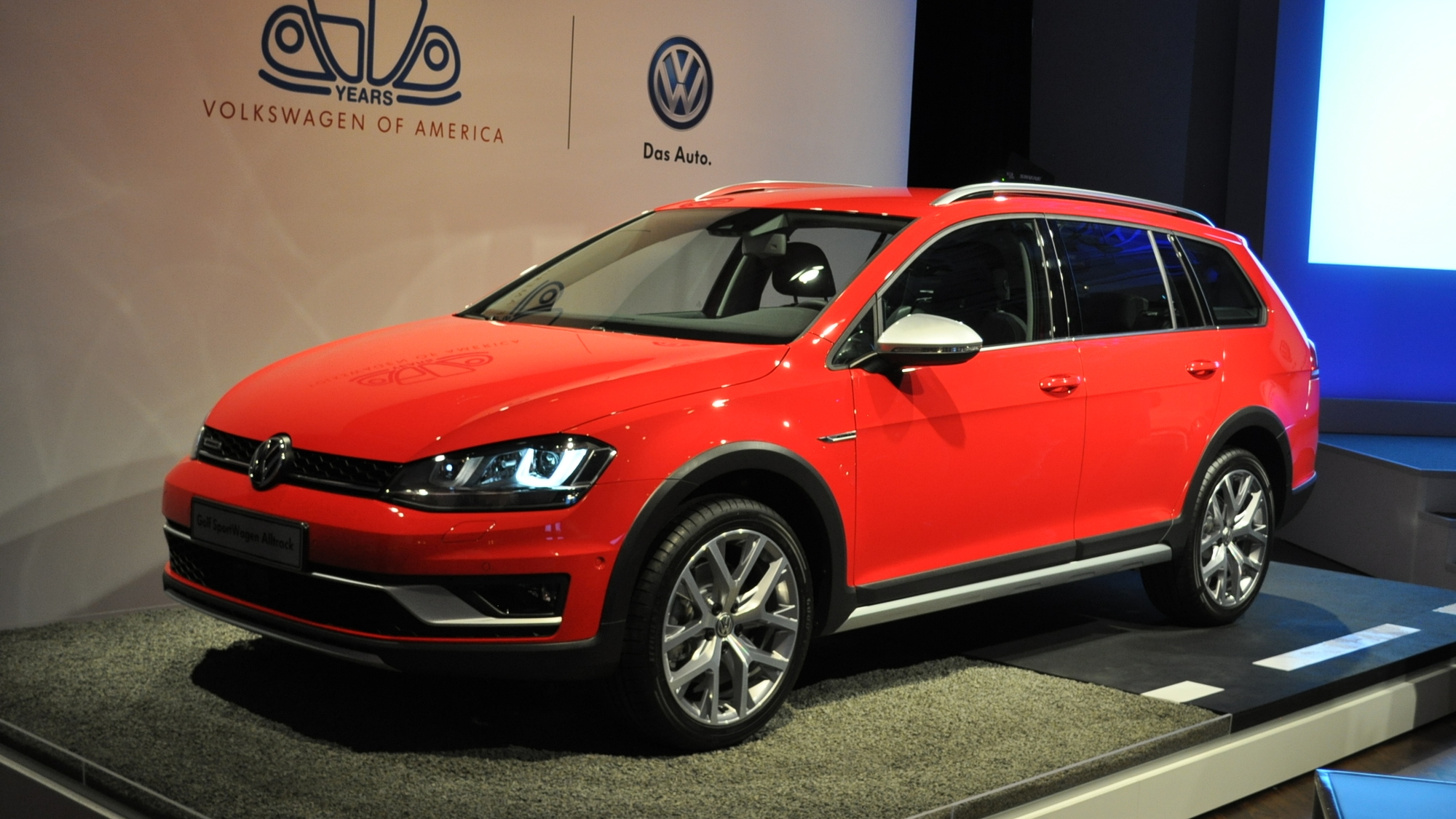 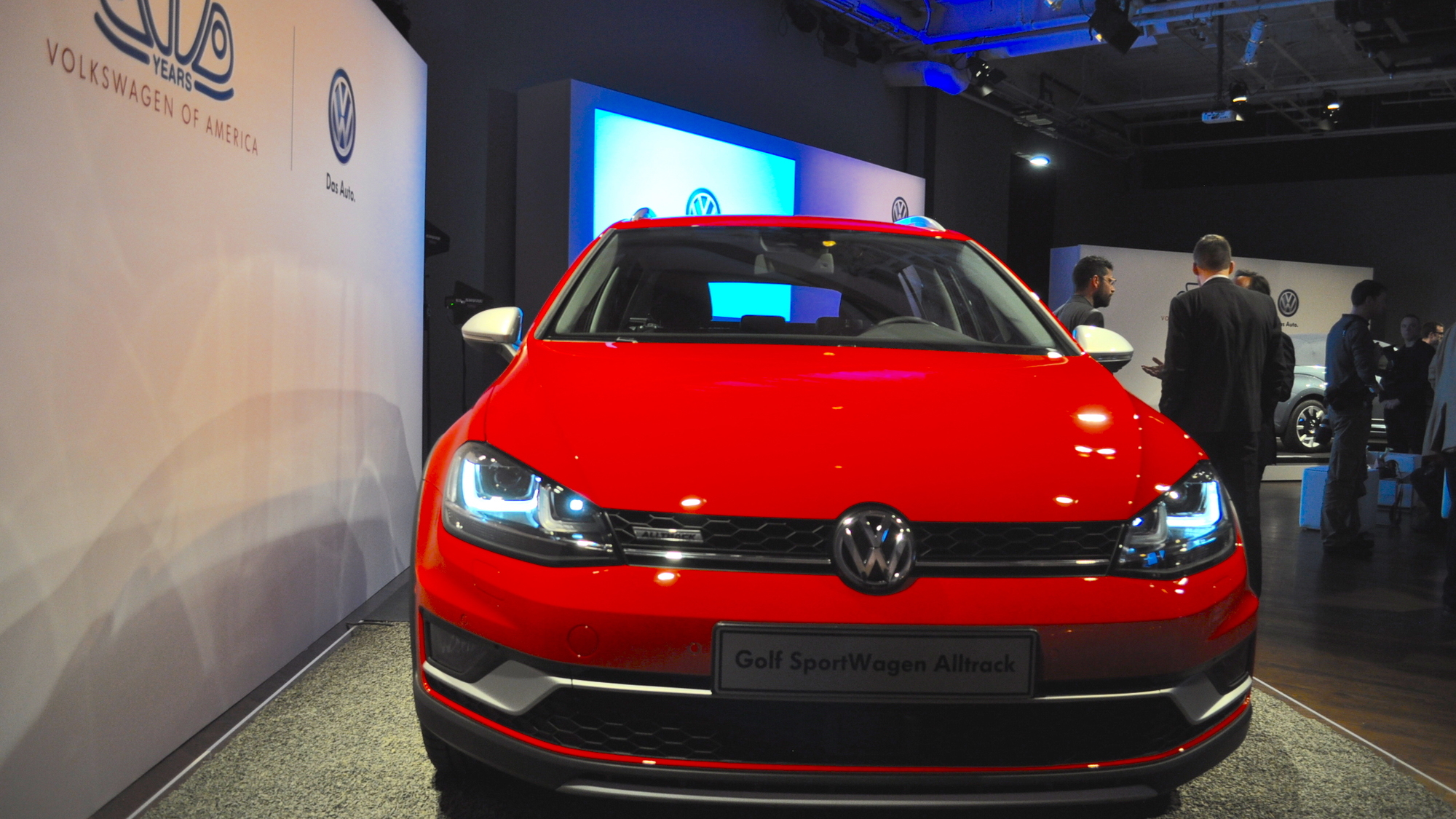 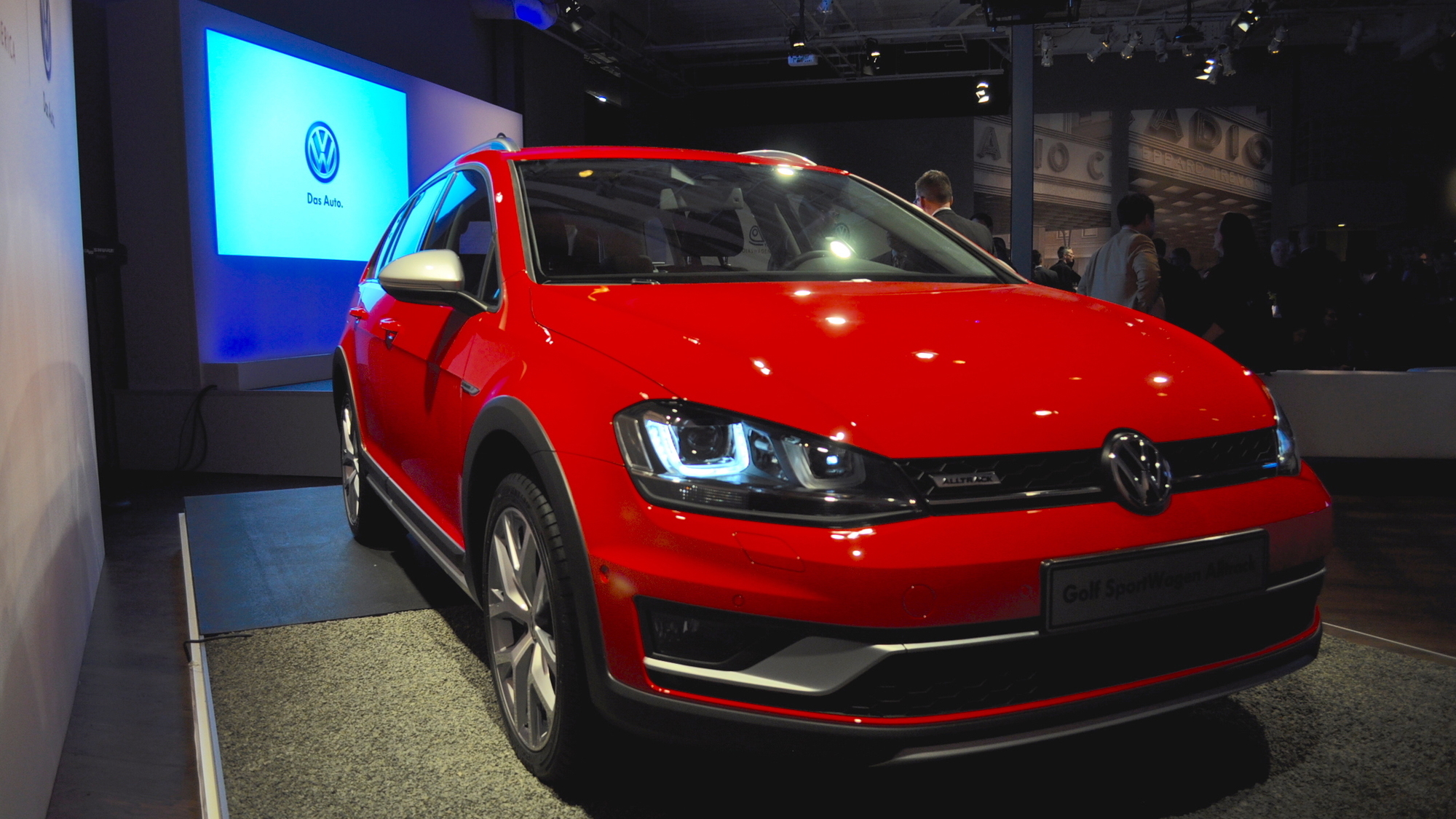 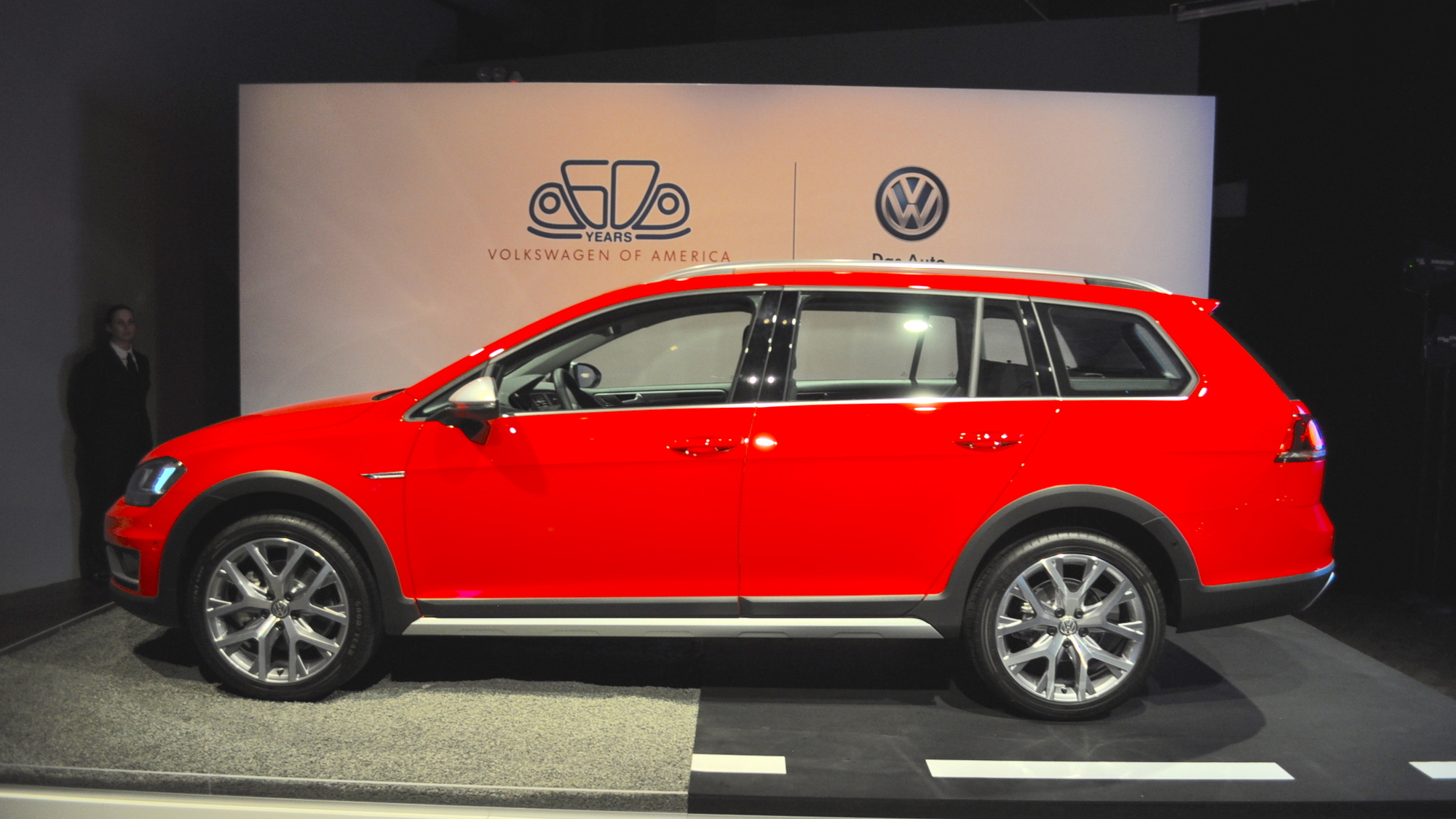 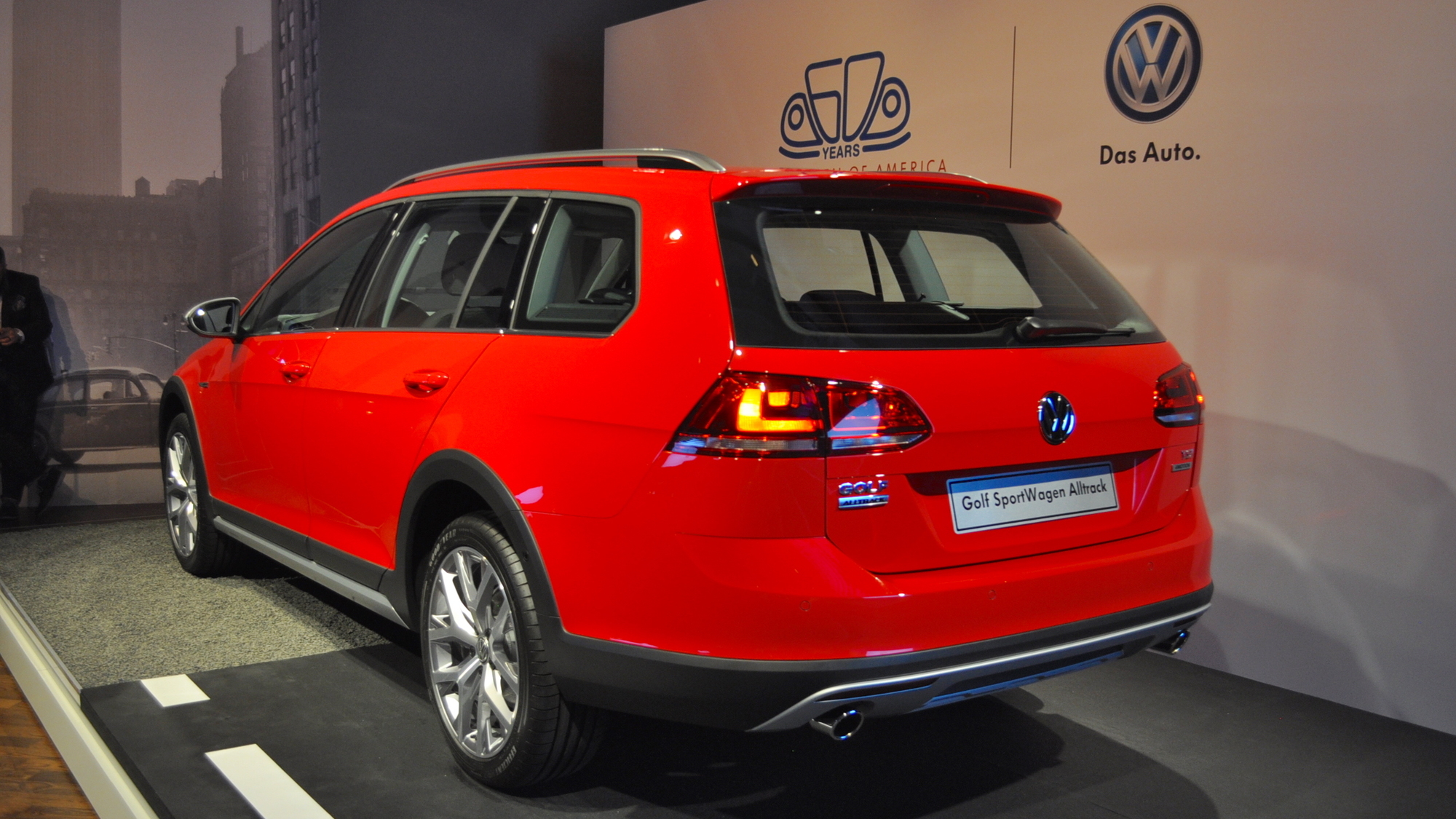 On the eve of the 2015 New York Auto Show, Volkswagen has taken the wraps off four Beetle Special Edition concepts, and announced the production of the Golf SportWagen Alltrack.

While based on the new Golf SportWagen, the Alltrack will feature an inch higher ride height, Volkswagen's 4Motion all-wheel-drive system, wheel-arch moldings, and flared side sills. Visually, new bumpers will also help set the Alltrack apart from the SportWagen upon which it's based.

The Beetle Convertible Denim concept is a tribute to the Jeans Bug that made its debut in the mid-'70s. As you'd expect, blue is the central theme here with variations of denim colors. The power soft top is finished in a dark blue fabric resembling denim, while the blue metallic paint is meant to mimic stonewash jeans. The exterior is accented by gray bits and there are 18-inch aluminum wheels.

Inside the blue theme carries over with seats, trim, and stitching.

Apparently there's a growing demand for pink Beetles at Volkswagen dealerships, so the automaker is answering the call with this Beetle Pink Color Edition concept. While shown as a coupe, a convertible model could also be sold alongside it in dealers if demand is shown for this concept.

Naturally the concept is painted in a metallic pink featuring contrasting gray exterior accents, and things are given a kick by cribbing the Beetle R-Line's front and rear bumpers.

Inside the Beetle Pink Color Edition concept you'll find pink, black, chrome, and aluminum. Volkswagen said, "an even higher proportion of pink would be conceivable, based on feedback from the show." So, if you would want even more pink inside a production model, just make some noise.

The Beetle Wave concept is one many would expect. A Beetle painted in Habanero Orange metallic paint with bright 19-inch alloy wheels and chrome door pulls. It's a throwback that tugs at surfers' heartstrings.

Things get even better inside with classic houndstooth seat inserts and a genuine wood dashpad.

If you're after power then the Beetle R-Line Concept is where your interests will lie. Powered by a 217-horsepower, 2.0-liter turbocharged four-cylinder, the R-Line Concept gives a power boost for those seeking a little kick. Finished in Oryx White Pearl paint, the concept has aggressive bumpers with large air vents and high-gloss black moldings. Out back there's a rear diffuser, large spoiler, and 20-inch alloy wheels fill the wells.

Volkswagen says all these Beetle concept could easily, quickly, go into production if there's demand.