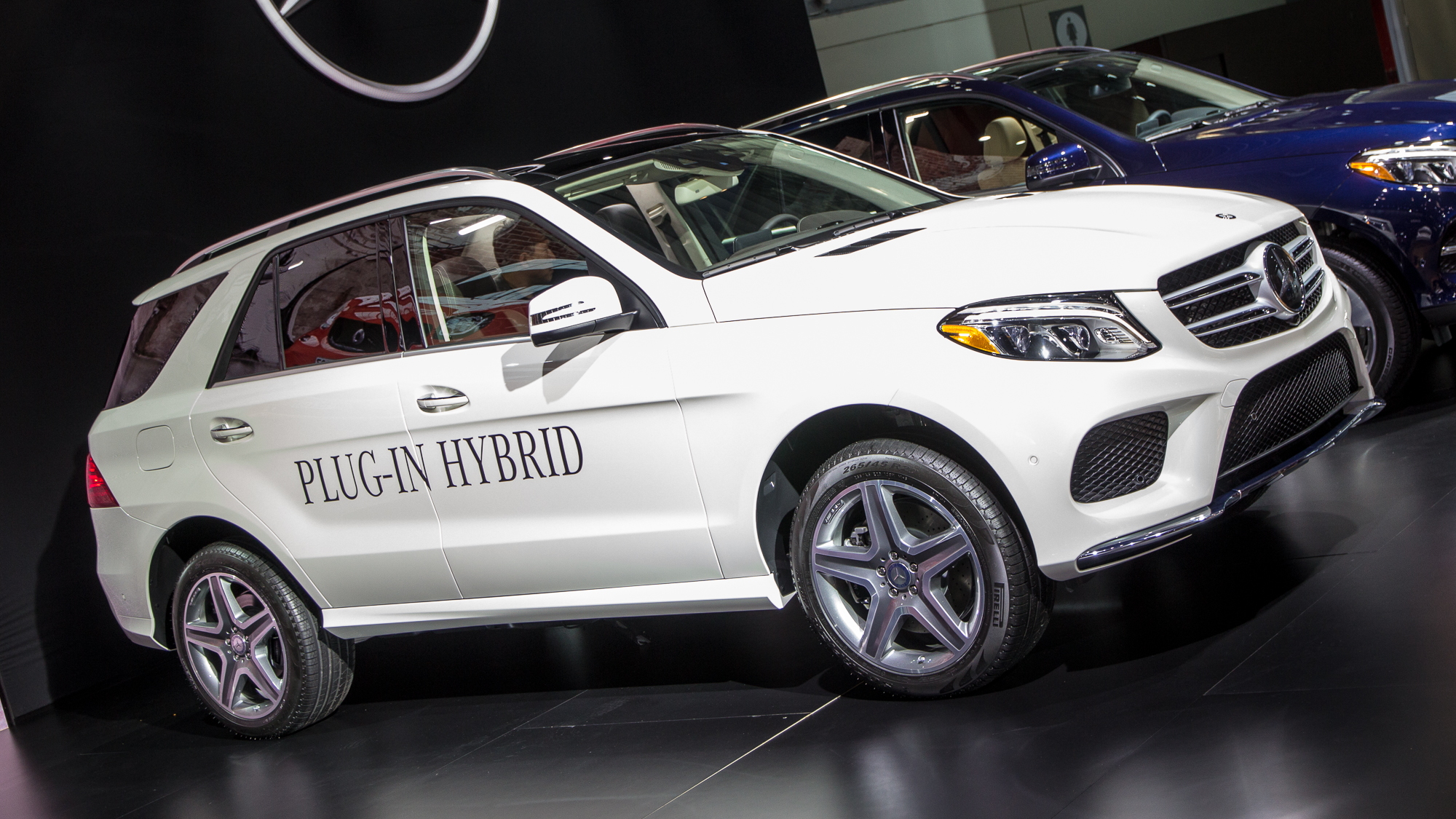 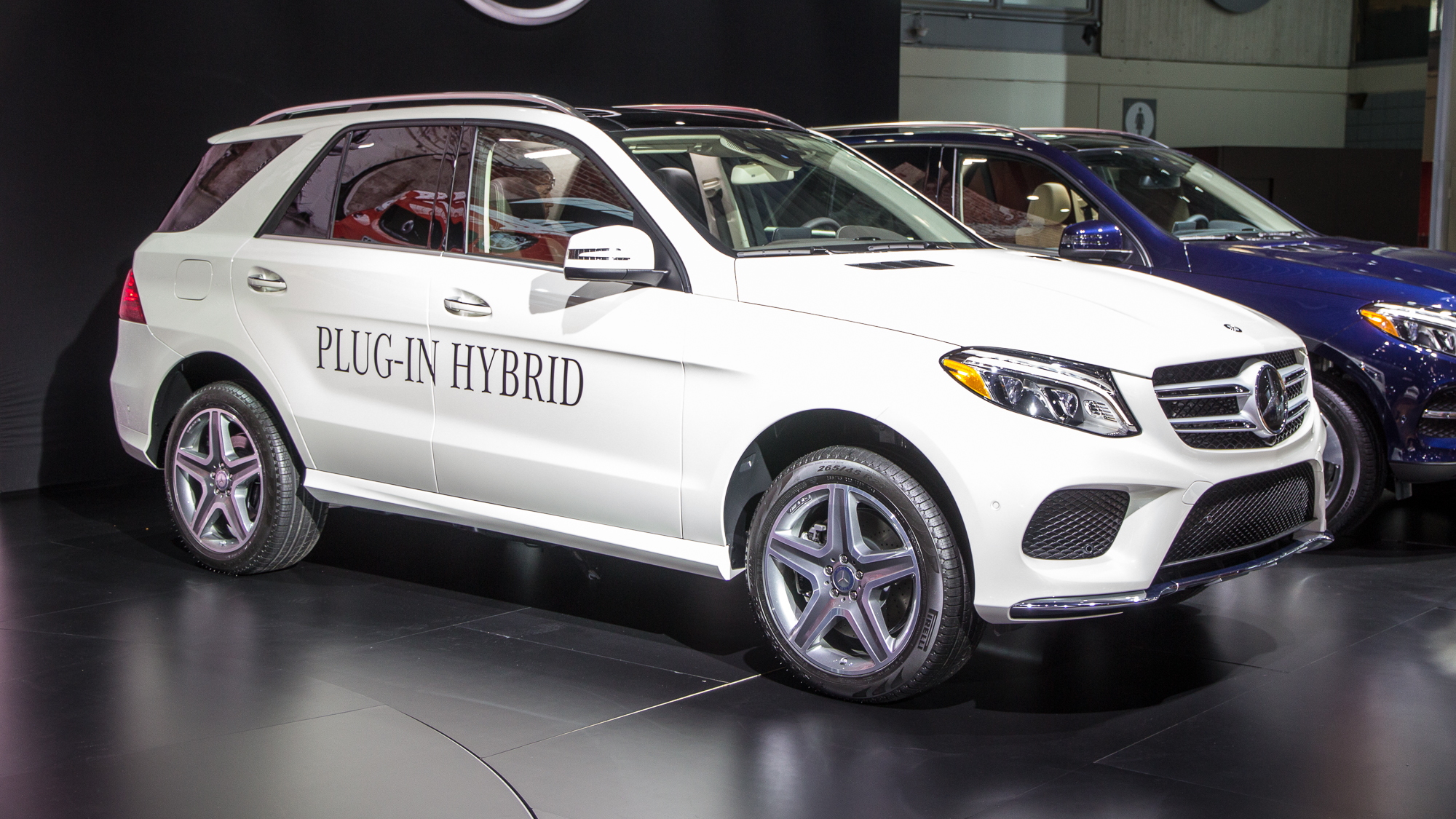 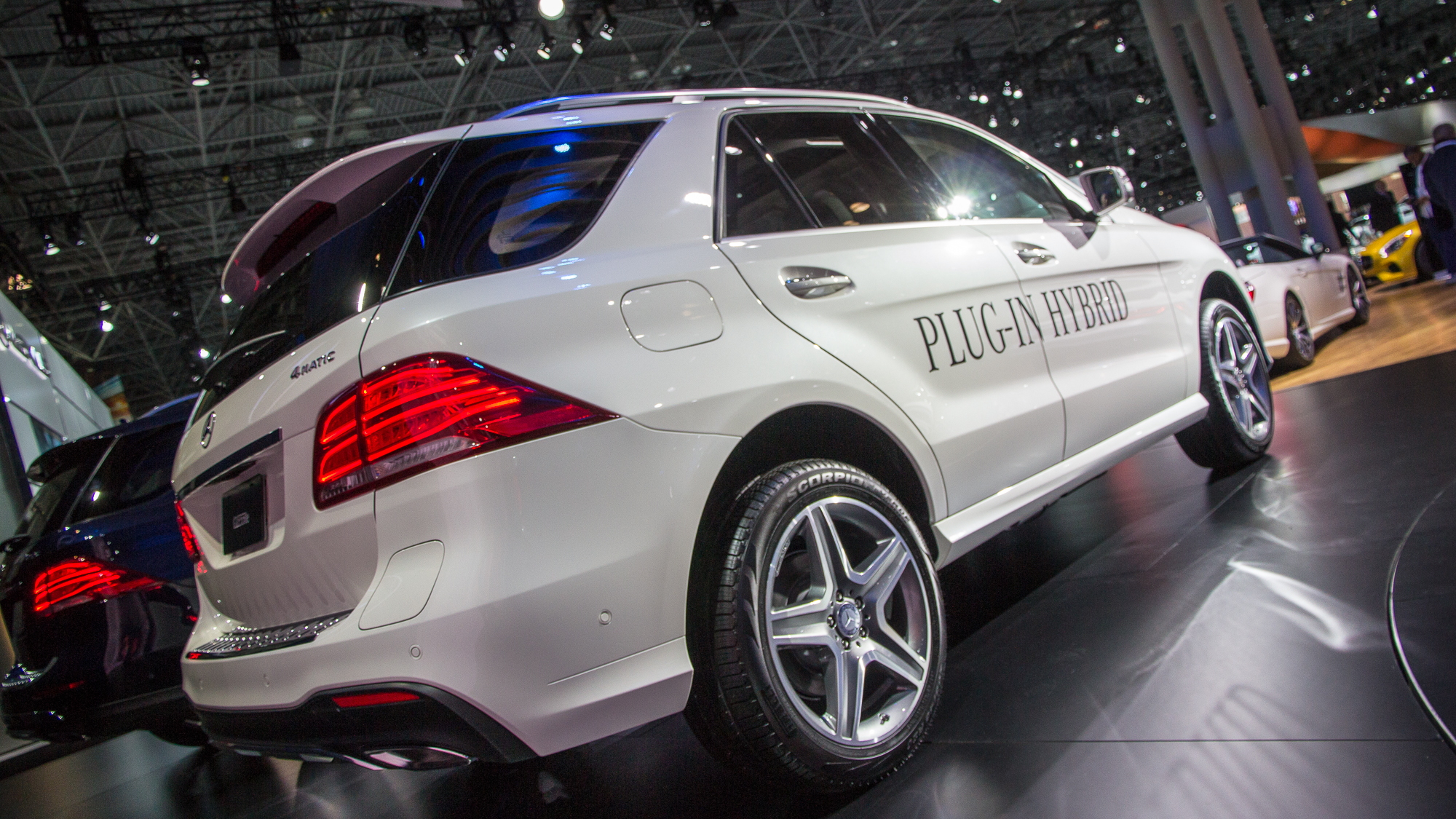 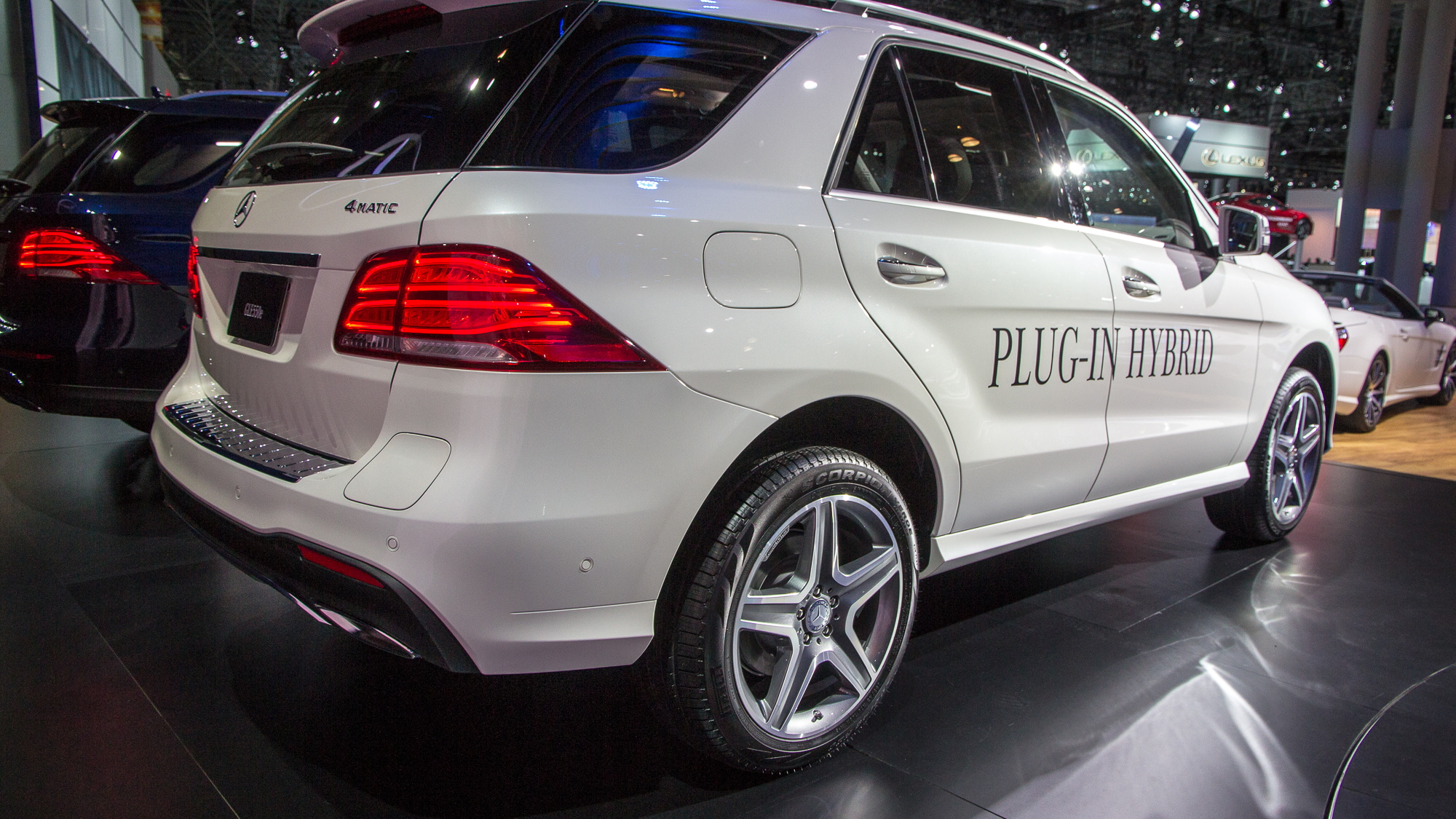 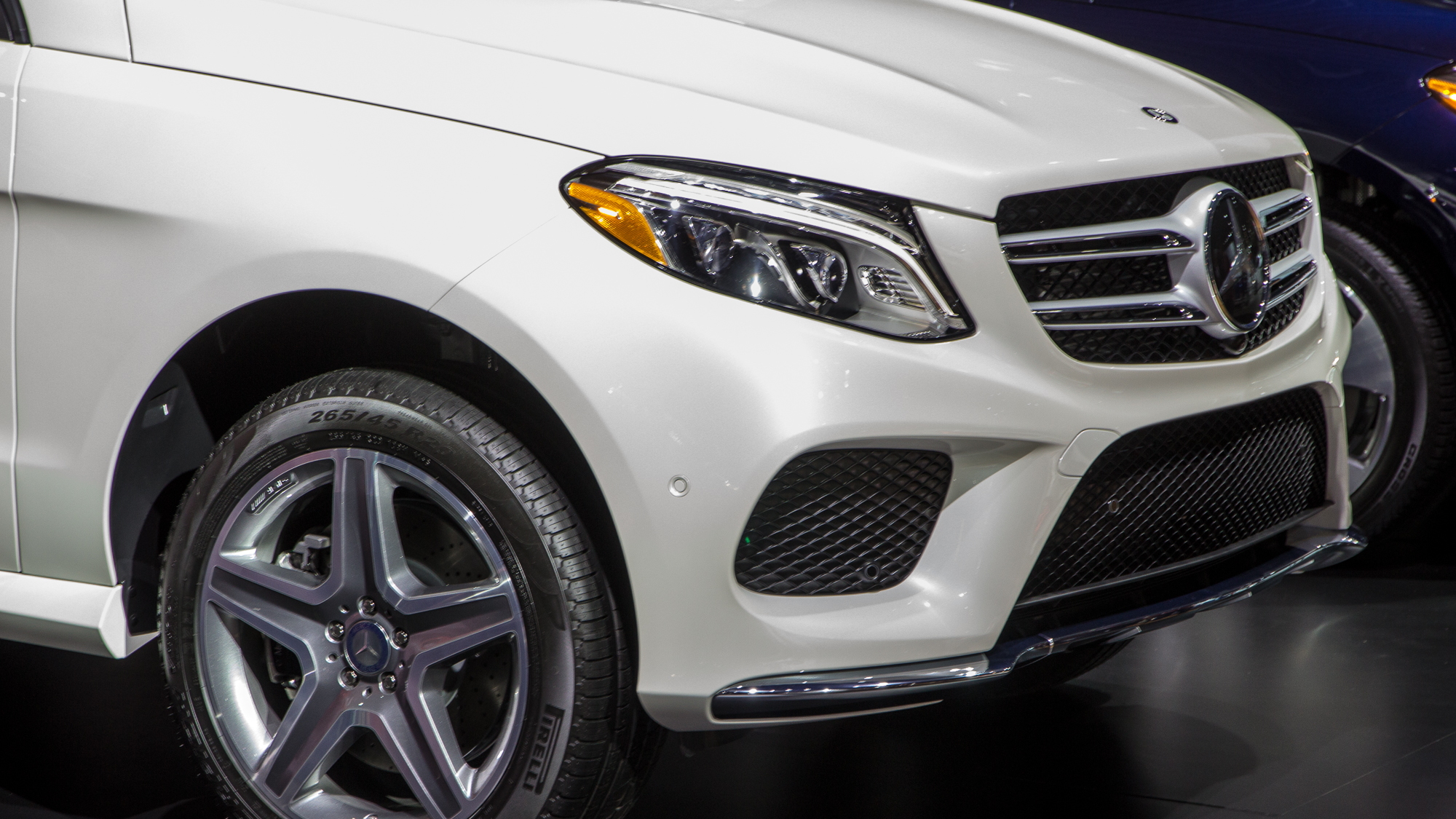 The Mercedes-Benz M-Class has been with us since the 1998 model year, and during that time has managed to become one of the German automaker’s best-selling models. Now, it’s being put out to pasture—well, its name at least—with the new GLE set to replace it. The GLE arrives in showrooms later this year, as a 2016 model, and made its world debut this week at the 2015 New York Auto Show.

The GLE is actually an update of the third-generation M-Class, on sale since the 2012 model year. The switch to the “GLE” name is part of Mercedes’ new naming strategy gradually being phased in to help make sense of all the new models and powertrains the automaker plans to introduce in the coming months and years, one of which is the recently revealed GLE Coupe.

Compared to the M-Class, the GLE has a more rounded look, particularly at the front. The vehicle also adopts the current headlight theme Mercedes is using for most of its lineup. The rear of the GLE, likewise, matches the current design idiom at Mercedes. Here, you’ll find new LED taillights and squared-off exhaust tips integrated into the lower part of the rear bumper.

Inside, attractive sports seats plus an infotainment system similar to the one in the latest C-, E- and S-Class models catch the eye. The center console houses the COMAND controller with the touchpad fitted above in an optimum ergonomic position, and the trim options include carbon fiber, wood and synthetic leather.

The powertrain options are similar to those offered in the most recent M-Class, however, the big news is the addition of a plug-in hybrid variant. Badged a “GLE550e 4Matic”, the eco-friendly SUV borrows the plug-in hybrid powertrain found in the S-Class plug-in, and combines it with an all-wheel-drive system.

The setup consists of a gasoline V-6 paired with an electric motor that is integrated with the transmission, in this case a seven-speed automatic. System output is 436 horsepower, and with a full charge of the onboard lithium-ion battery Mercedes says the vehicle should be able to travel more than 18 miles on electric power alone. EPA-rated fuel economy will be announced close to the market launch.

Another eco-focused model is the GLE300d 4Matic, which is essentially the updated version of the ML250 BlueTEC oil-burner. Remaining under the hood is a four-cylinder diesel engine good for 201 hp.

Other variants include a rear-wheel-drive GLE350 (ML350) that is powered by a 302-hp V-6; a GLE350 4Matic (ML350 4Matic), which is the same as the GLE350 but with all-wheel drive; and a GLE400 4Matic (ML400 4Matic), which comes with a 329-hp V-6. All of these models, plus the diesel-powered GLE300d 4Matic, come with a seven-speed automatic transmission. However, in the not too distant future, Mercedes will add a nine-speed automatic to some variants.

Those looking for outright performance will be happy to note that Mercedes-AMG has developed a replacement for the ML63. The new version is called the “GLE63 4Matic”, and it comes in both standard flavor and even more potent S flavor, the latter packing a 577-hp V-8 under the hood. The standard GLE63 4Matic has a 550-hp V-8.

We'll be bringing you driving impressions of the 2016 Mercedes-Benz GLE in the near future. In the meantime, see what else is at the New York Auto Show over at our dedicated hub.