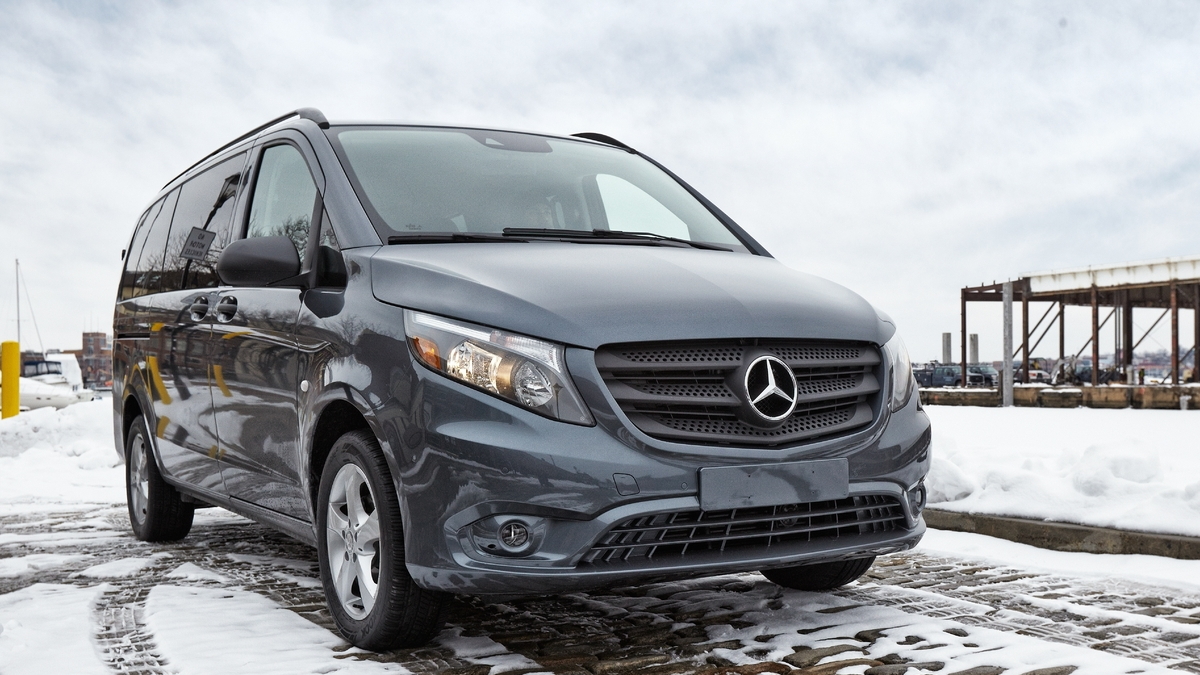 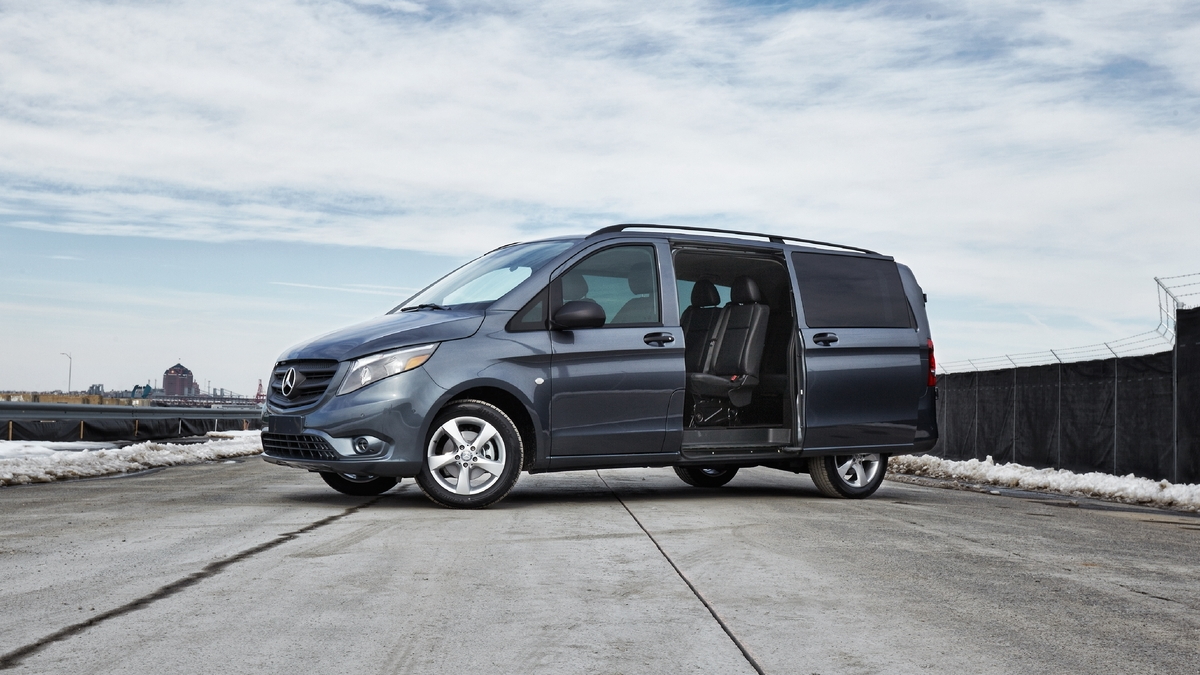 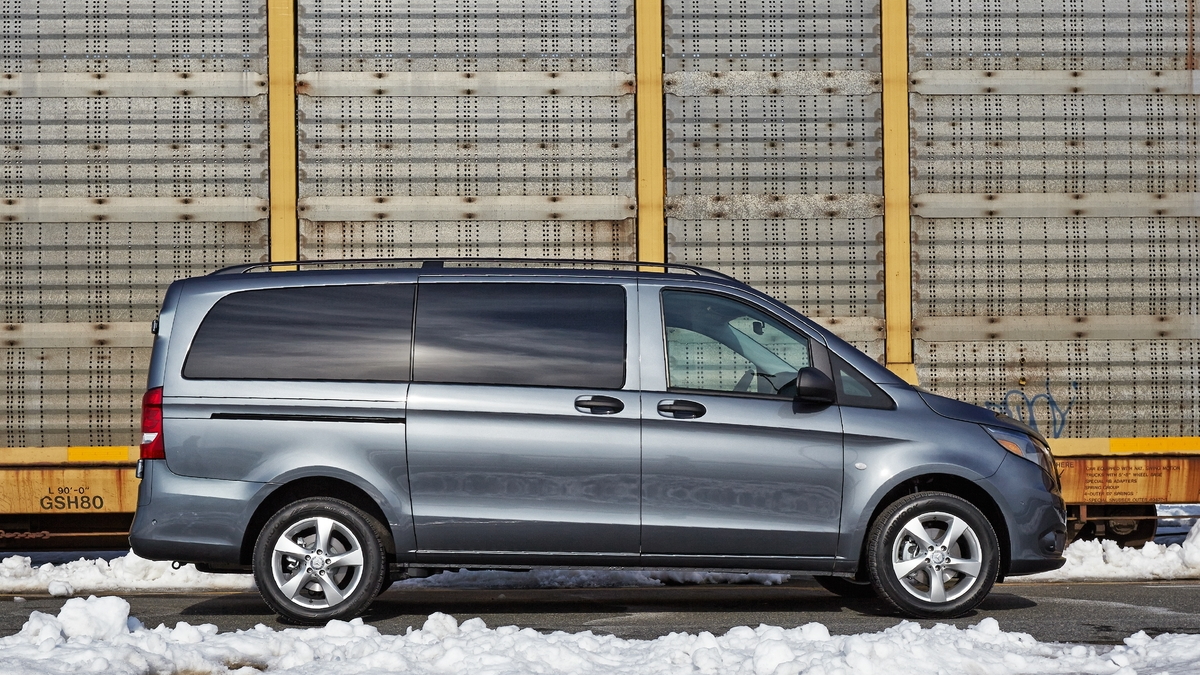 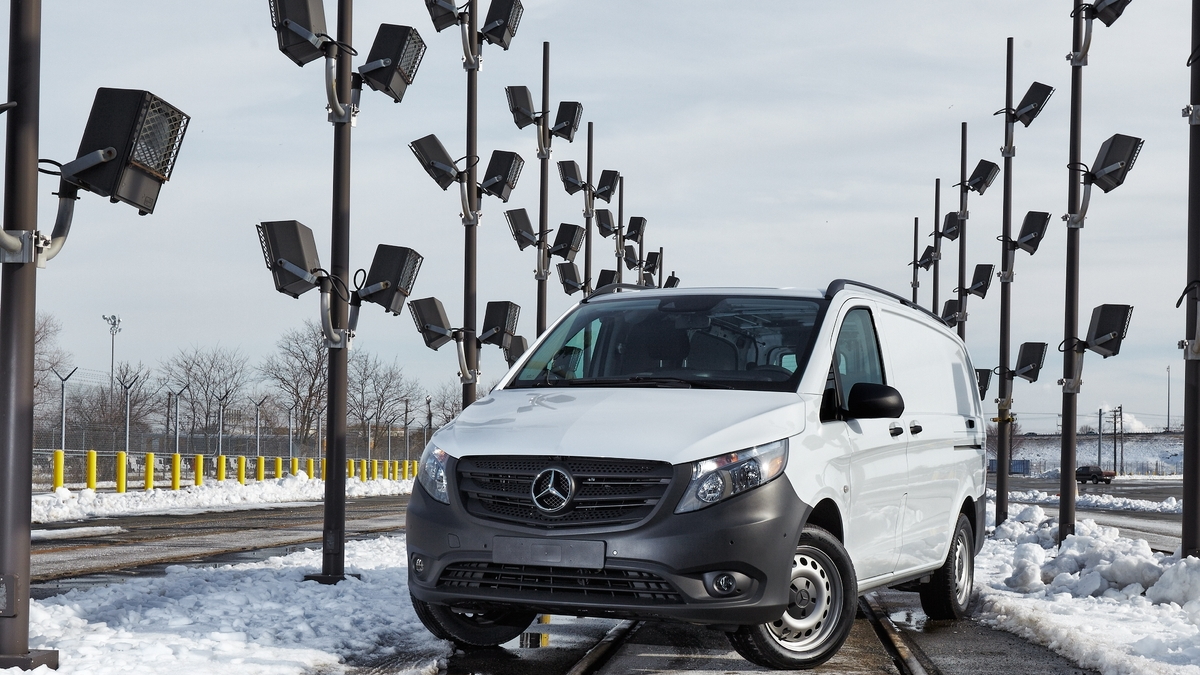 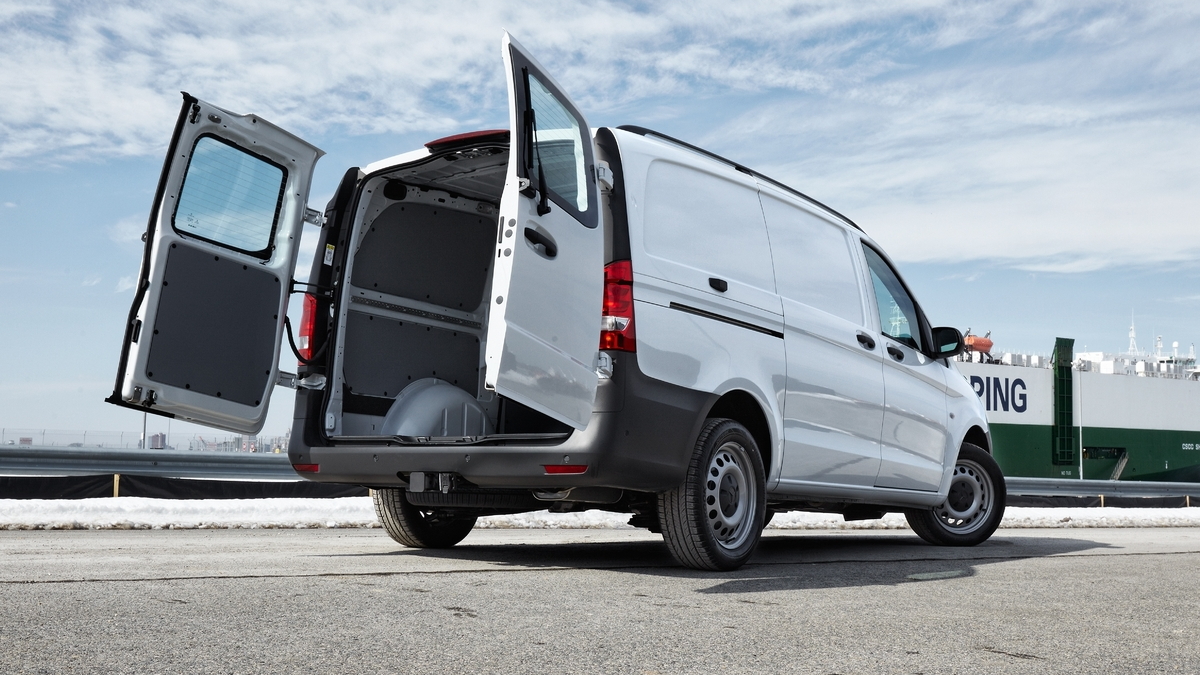 After teasing with some customized SEMA concepts last fall, Mercedes-Benz recently unveiled the Metris, a version of its Vito mid-size van that will be sold in the U.S. and Canada.

Unveiled at the 2015 NTEA Work Truck Show in Indianapolis, the Metris will be a little sibling to the Sprinter when it arrives in certain Mercedes dealers this fall. However, it's still larger than compact vans like the Ford Transit Connect, Nissan NV200, and Ram Promaster City.

Like the Sprinter, the Metris will be strictly a work vehicle. While Mercedes does offer a luxury version called the V-Class in other markets, it won't be available in the U.S.

Instead, U.S. buyers will get more basic panel van and Touring passenger wagon versions, with a single powertrain option. It's a four-cylinder gasoline engine with 208 horsepower and 258 pound-feet of torque, which drives the rear wheels through a seven-speed automatic transmission.

The European-market Vito and V-Class are offered with multiple powertrain options--including diesels--but Mercedes is opting for simplicity on this side of the Atlantic.

The Metris is also available with a full complement of safety tech, including Attention Assist and Crosswind Assist systems, as well as blind-spot monitoring and a rearview camera. Don't expect the plethora of luxury features typical of Mercedes cars, though.

The Mercedes-Benz Metris goes on sale in September at around 200 dealers nationwide. Prices start at $29,945, including destination.