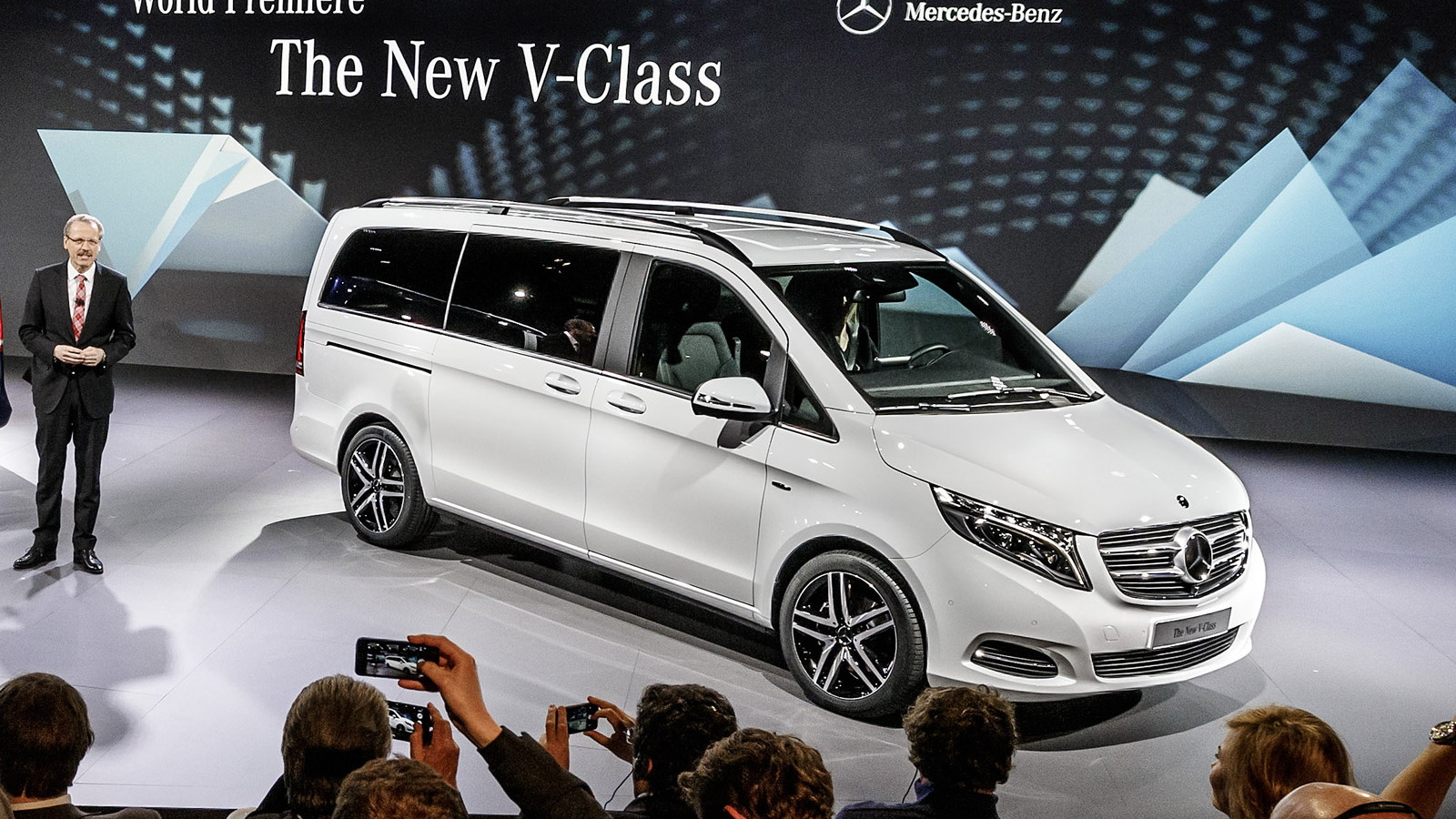 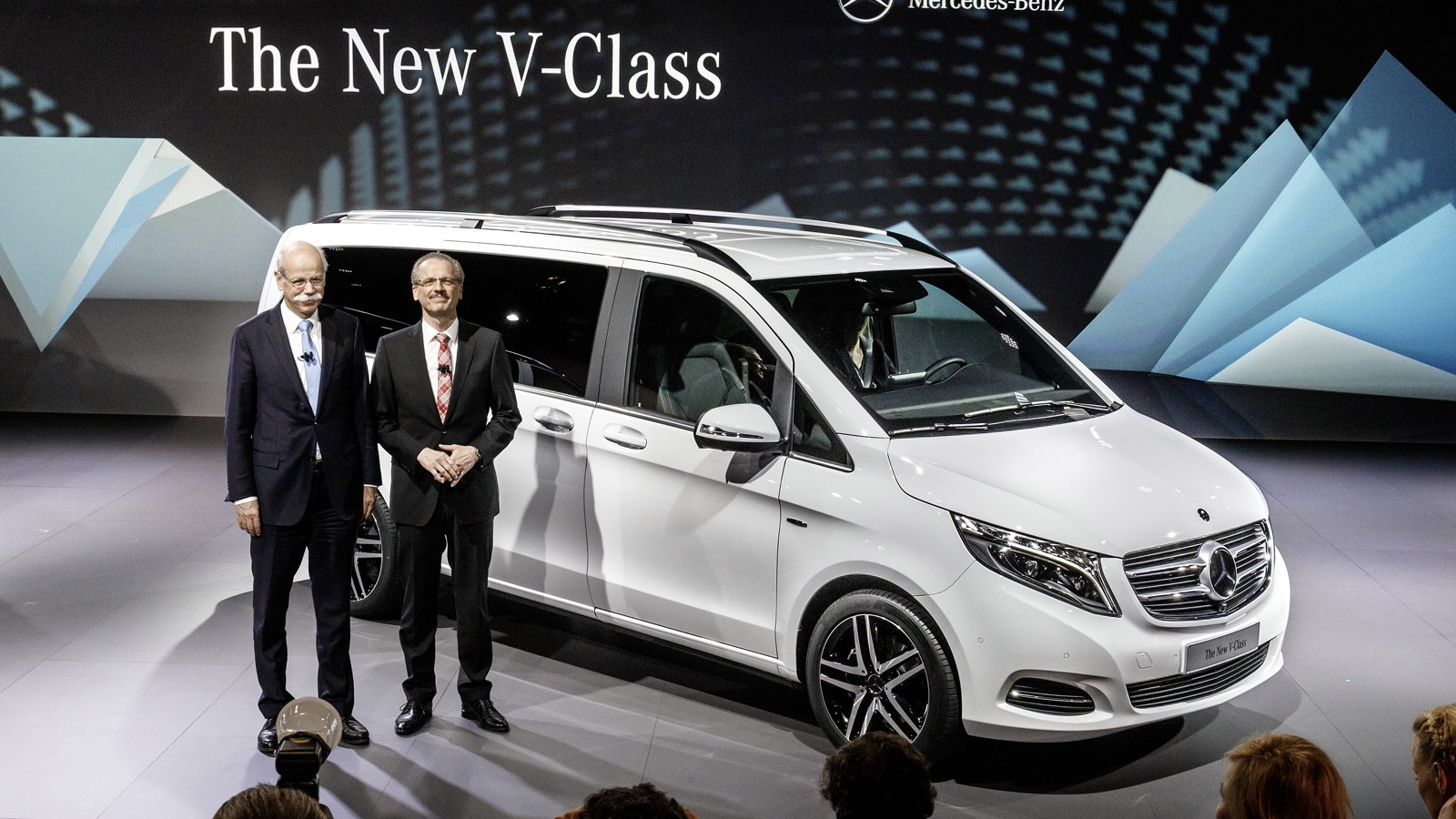 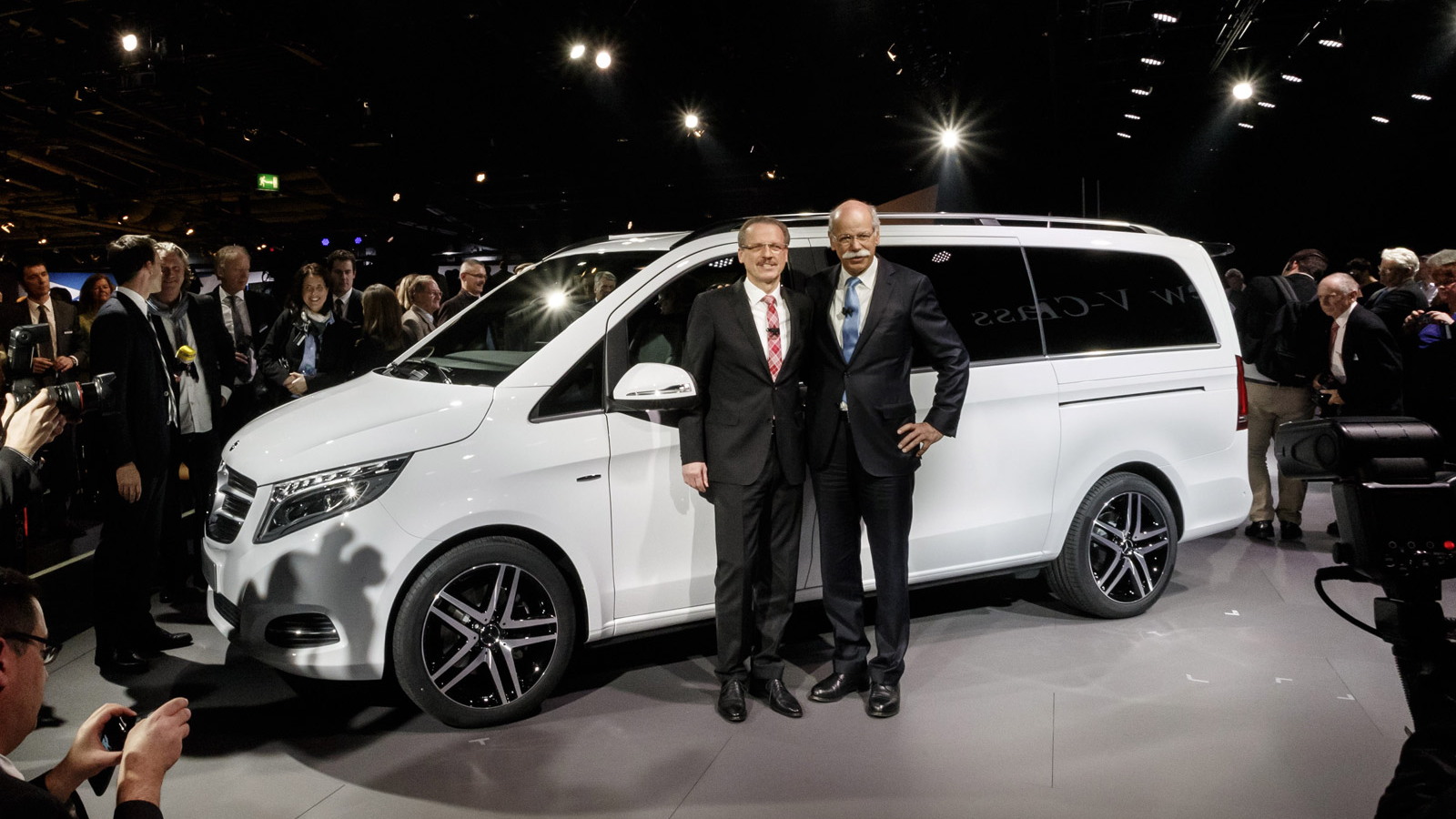 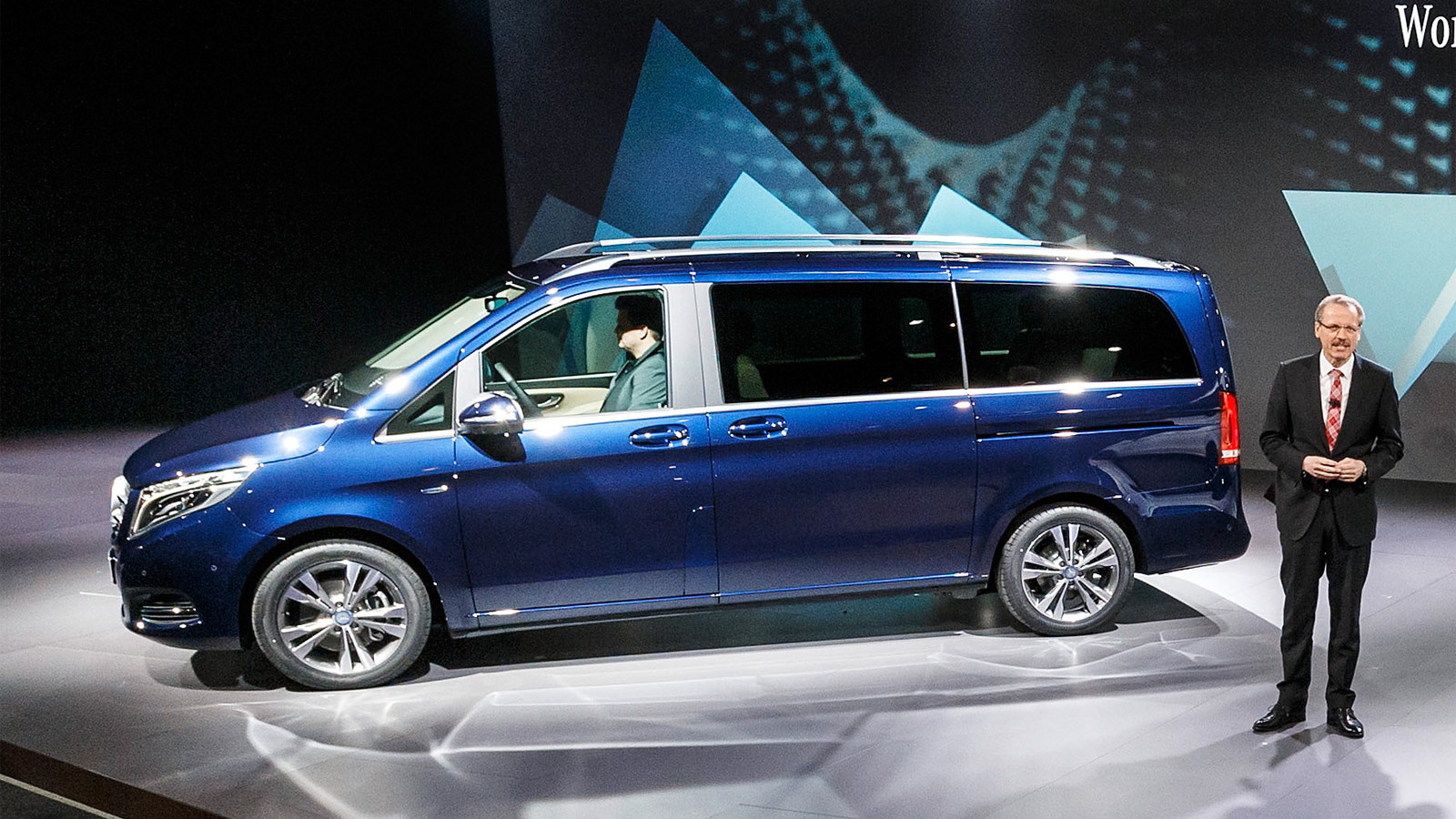 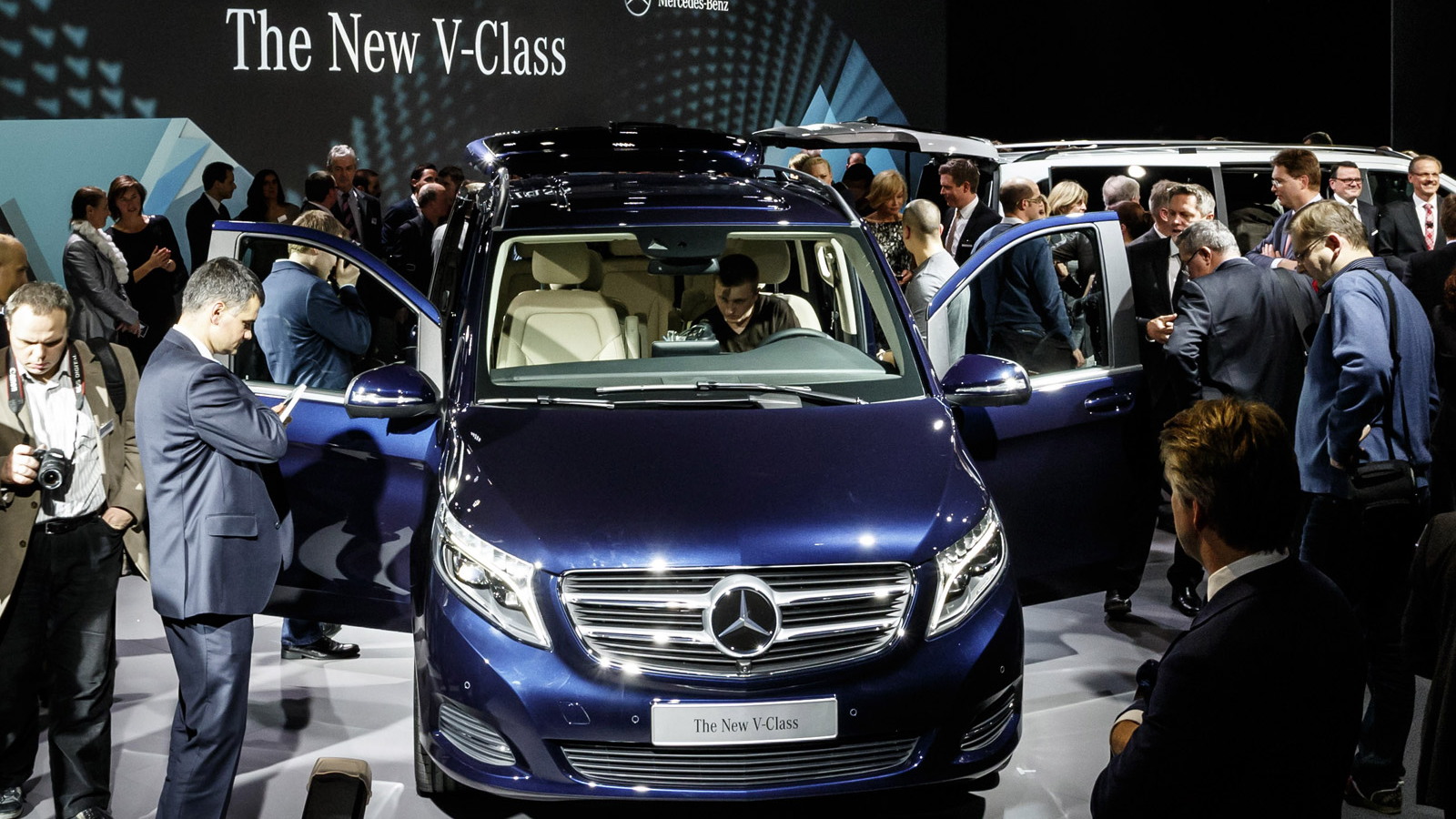 Mercedes-Benz’s R-Class may not have been a success but the German automaker is giving the luxury MPV segment another go, unveiling today the all-new V-Class. The vehicle has not yet been confirmed for the U.S., but there are indications it may come eventually.

So what exactly is the V-Class? The latest Benz is a full-size MPV catering to families and shuttle bus operators looking to haul upwards of eight people in luxury and comfort. A rugged and more utilitarian version, which will likely be called the Vito, is also in the works and will be aimed at commercial buyers looking for something smaller than Mercedes’ existing Sprinter van.

Being a Mercedes, the V-Class boasts an extensive range of features currently not found in the MPV segment. These include a system to keep a vehicle straight in heavy crosswinds, a system to detect if the driver is nodding off, and a touchpad control surface for the infotainment system. A 360-degree camera is also available in addition to some parking aids.

DON'T MISS: Meet The Cars Of The Need For Speed Movie: Video

At launch, the vehicle will be available with just one engine, a 2.1-liter turbodiesel, although three different outputs will be on offer: 136, 163 and 190 horsepower.

The new V-Class makes its official debut at the 2014 Geneva Motor Show in early March and will be available to order soon after for customers in Europe. Production of the V-Class range will take place at Mercedes’ plant in Vitoria, Spain.