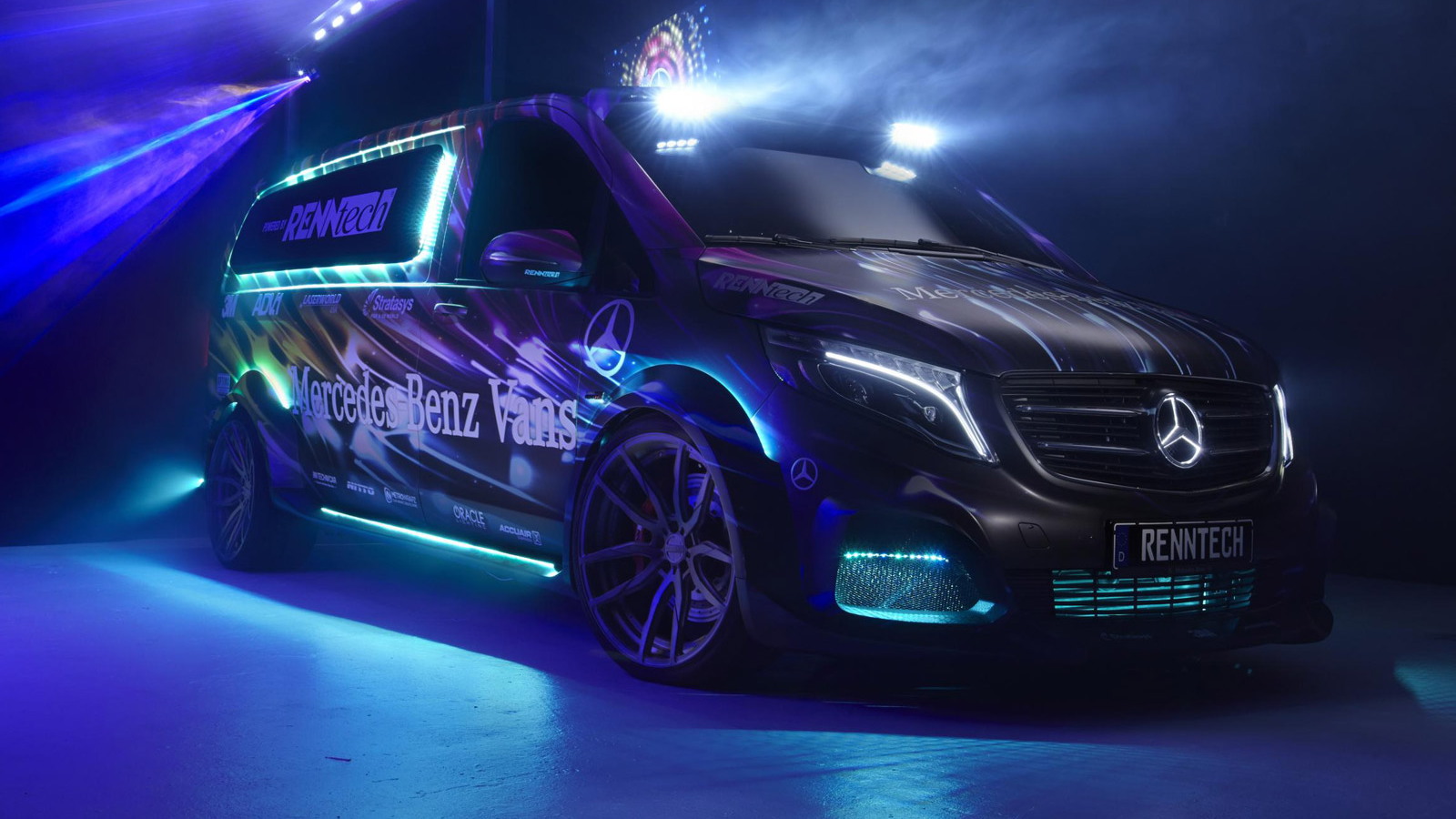 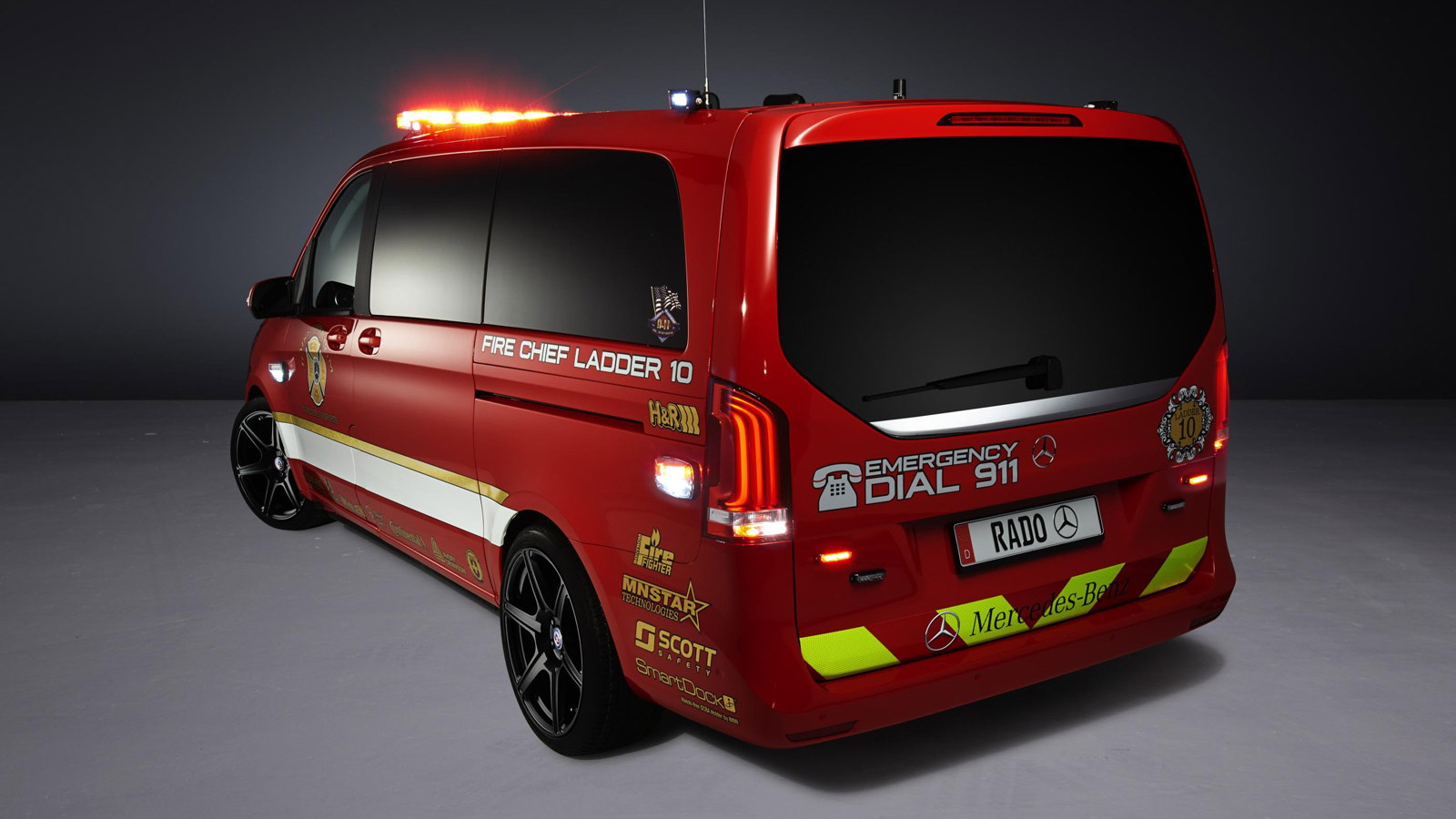 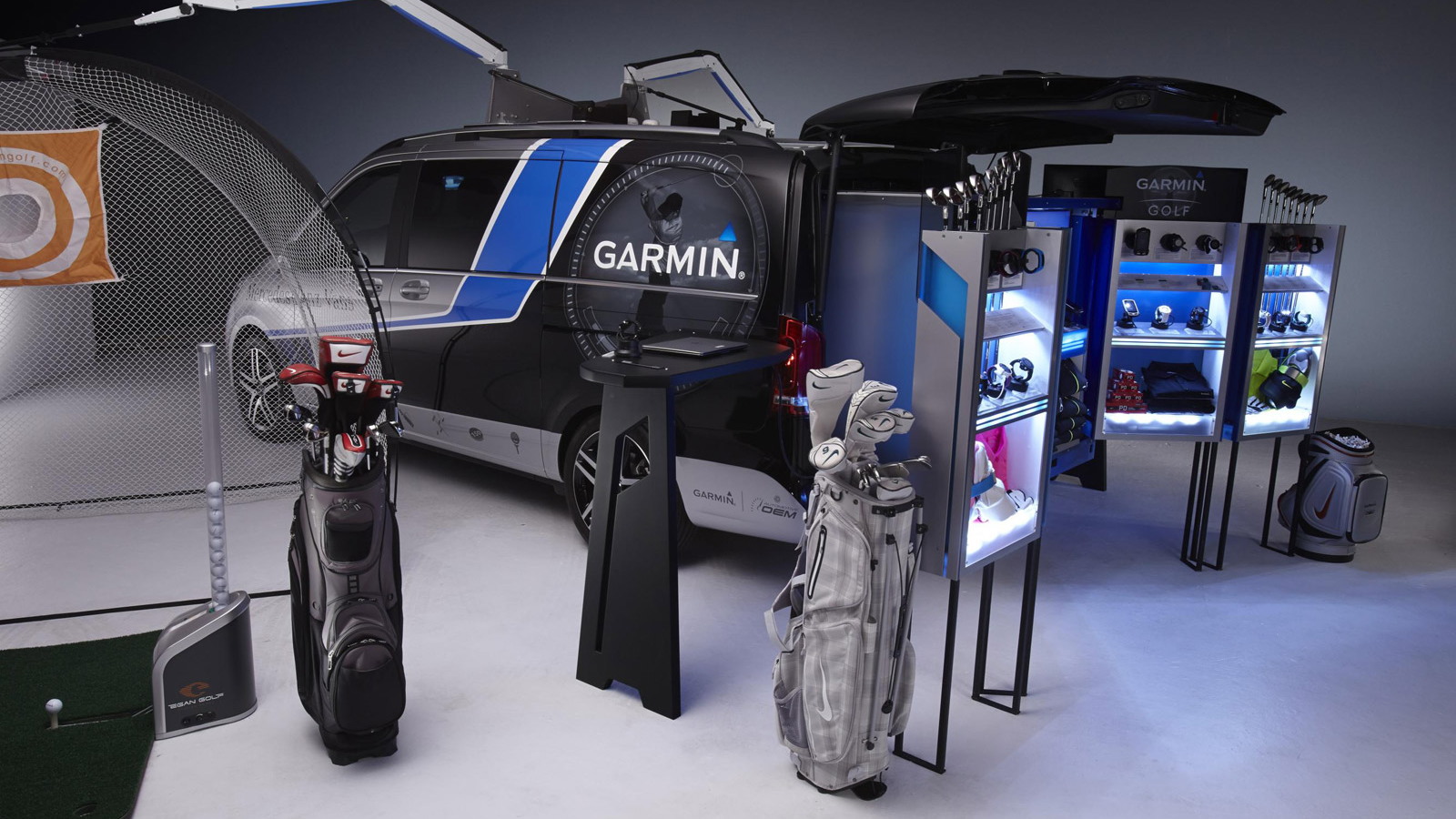 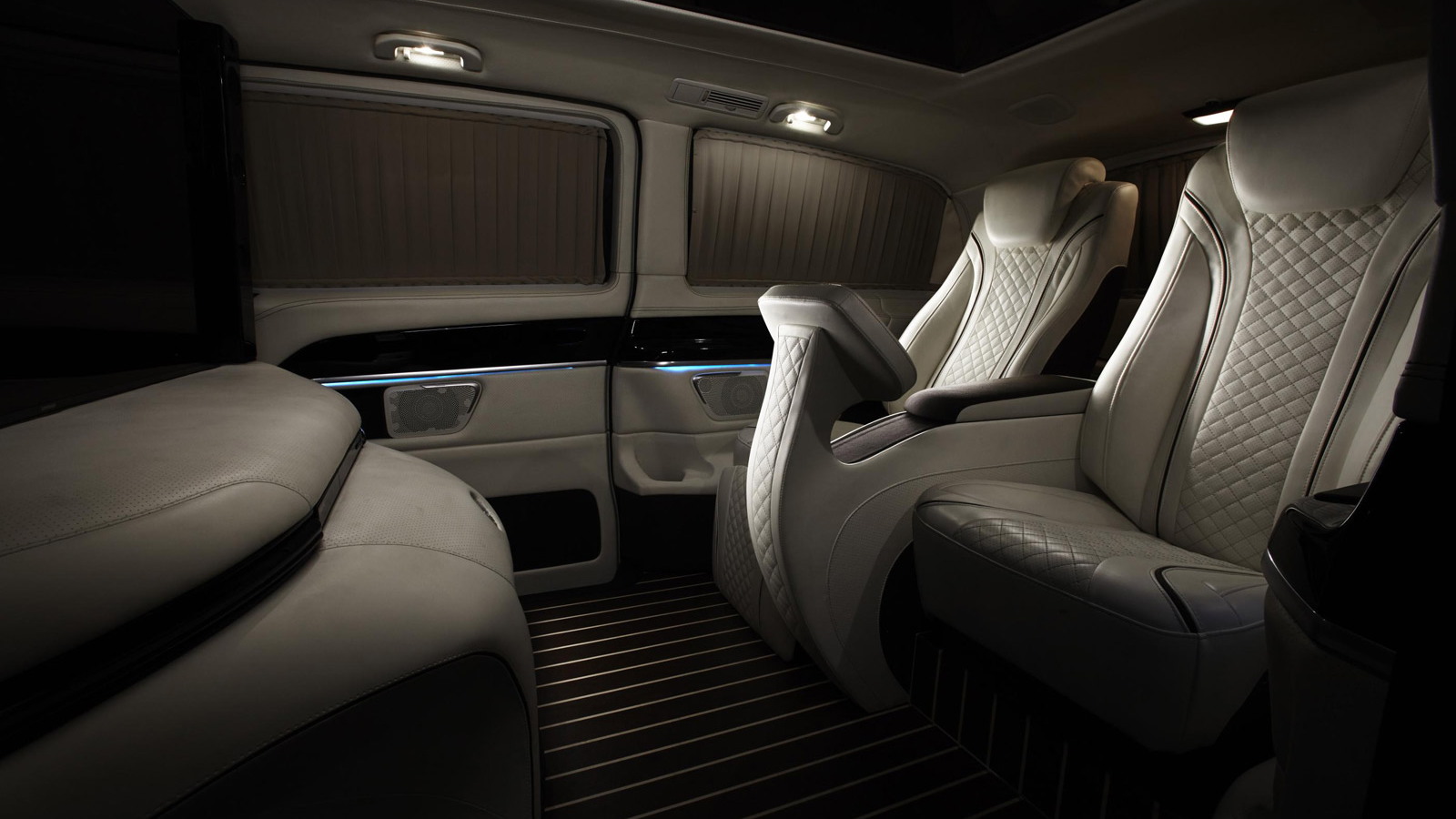 Mercedes-Benz’s Sprinter van is about to get a smaller sibling in the form of the new Metris, previewed in concept form at the 2014 SEMA show this week and due to go on sale in the fall of 2015. If you’re thinking the Metris looks a bit familiar that’s because it’s essentially the commercial version of the new V-Class unveiled earlier this year. In other markets, the Metris will be known as the Vito.

The four concepts on show at SEMA this week hint at some possible applications for the midsize Metris. The first is the Party/DJ Van from RENNtech, the same tuner that once brought us a 722-horsepower Mercedes-Benz SLR McLaren. Its standout feature is a clamshell-style roof that opens and acts as a backdrop for a DJ.

The next concept is the Fire Chief Concept Truck from a firm called Rado. It’s described as a rolling communications center that could be used to transport a fire chief much quicker than a fullsize truck.

The Mobile Golf Pro Shop by Garmin is aimed at Golf lovers. It features a high-tech golf simulator and infotainment system designed for both personal and merchandizing usage.

Finally, there’s the Luxury Van by HQ Custom Design, which we could certainly see some high-end transport firms mimic with their own Metris vans. The Luxury Van is described as an executive shuttle that offers the best in audio and visual equipment as well as the finest craftsmanship.