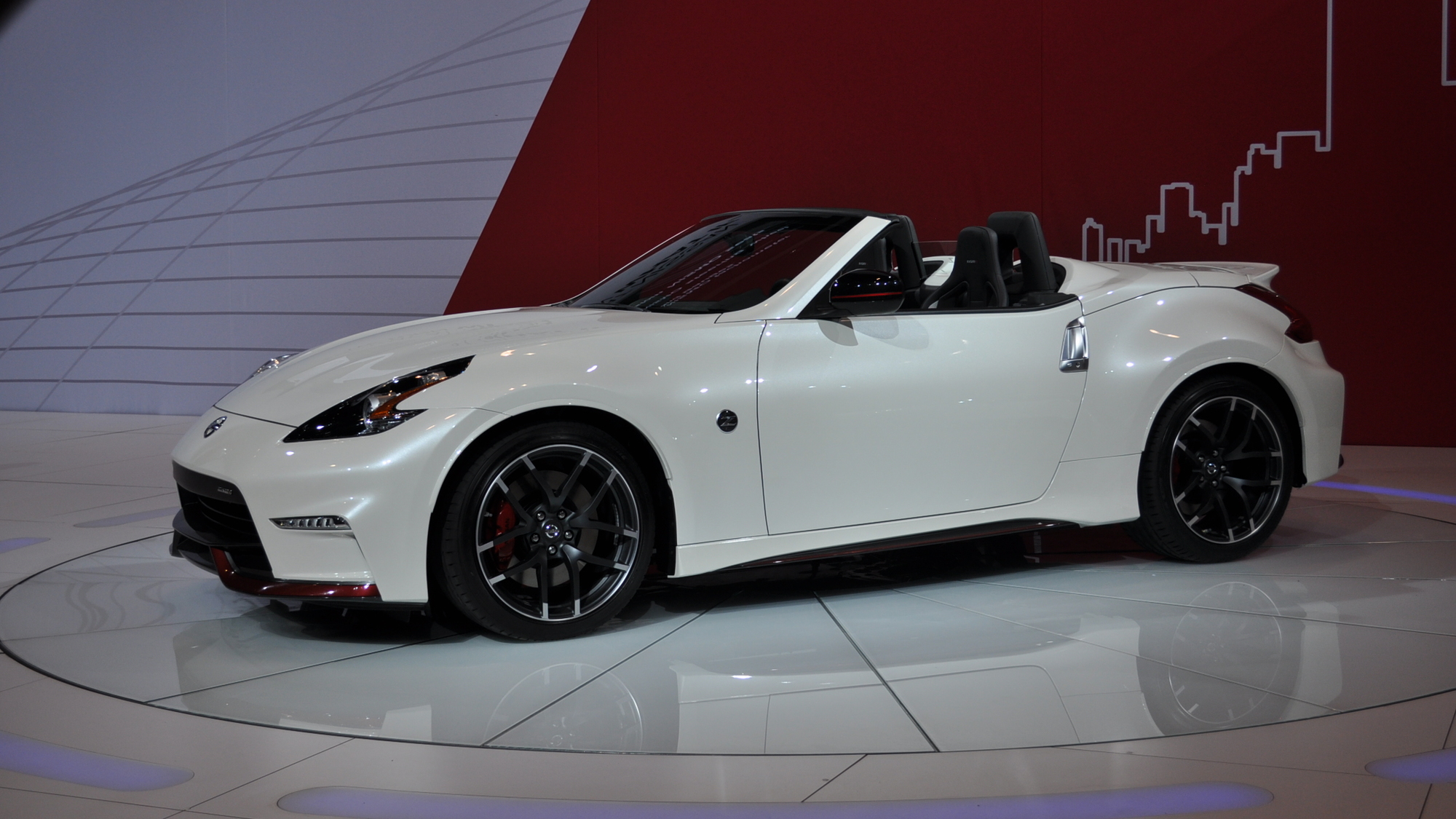 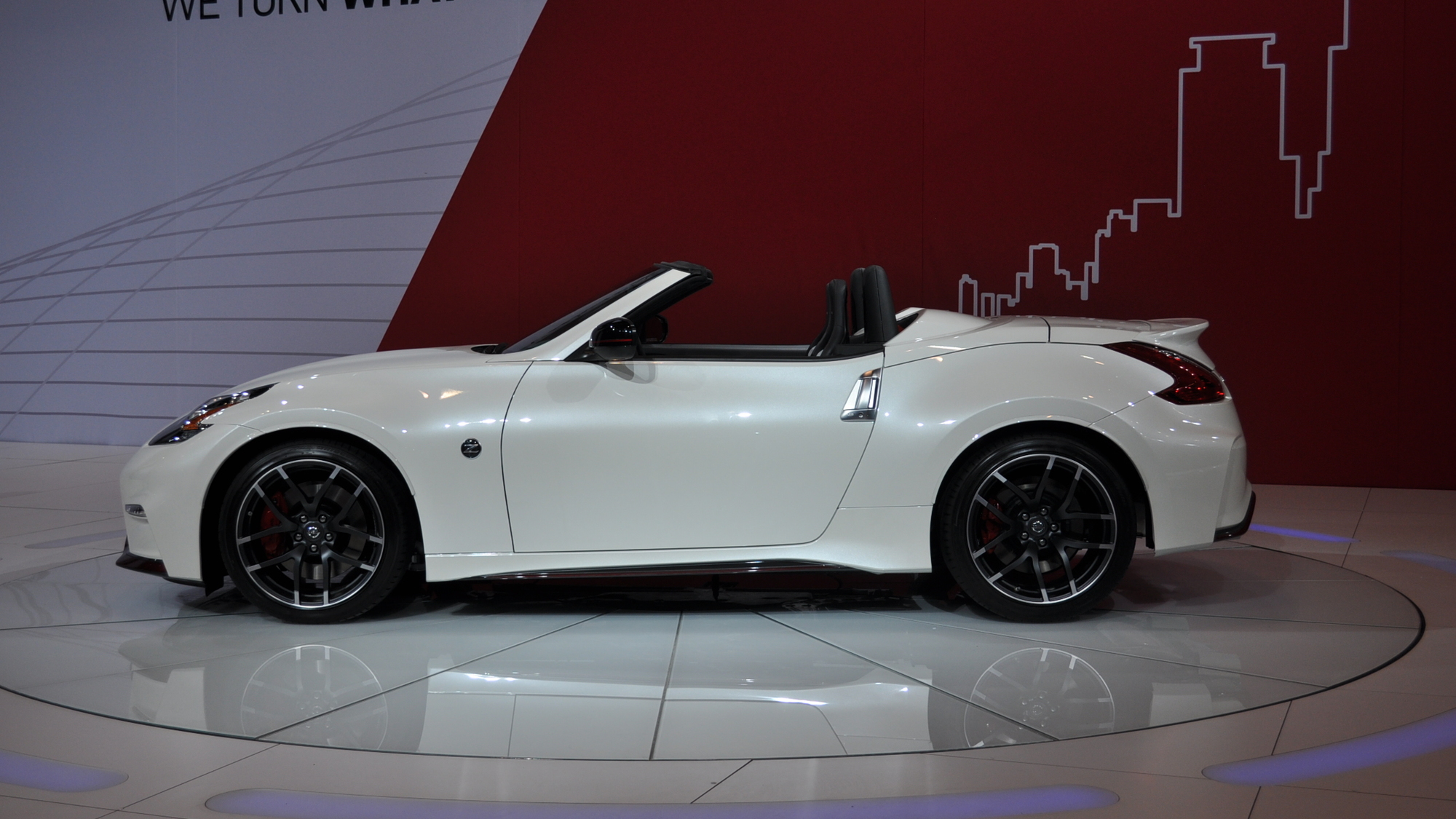 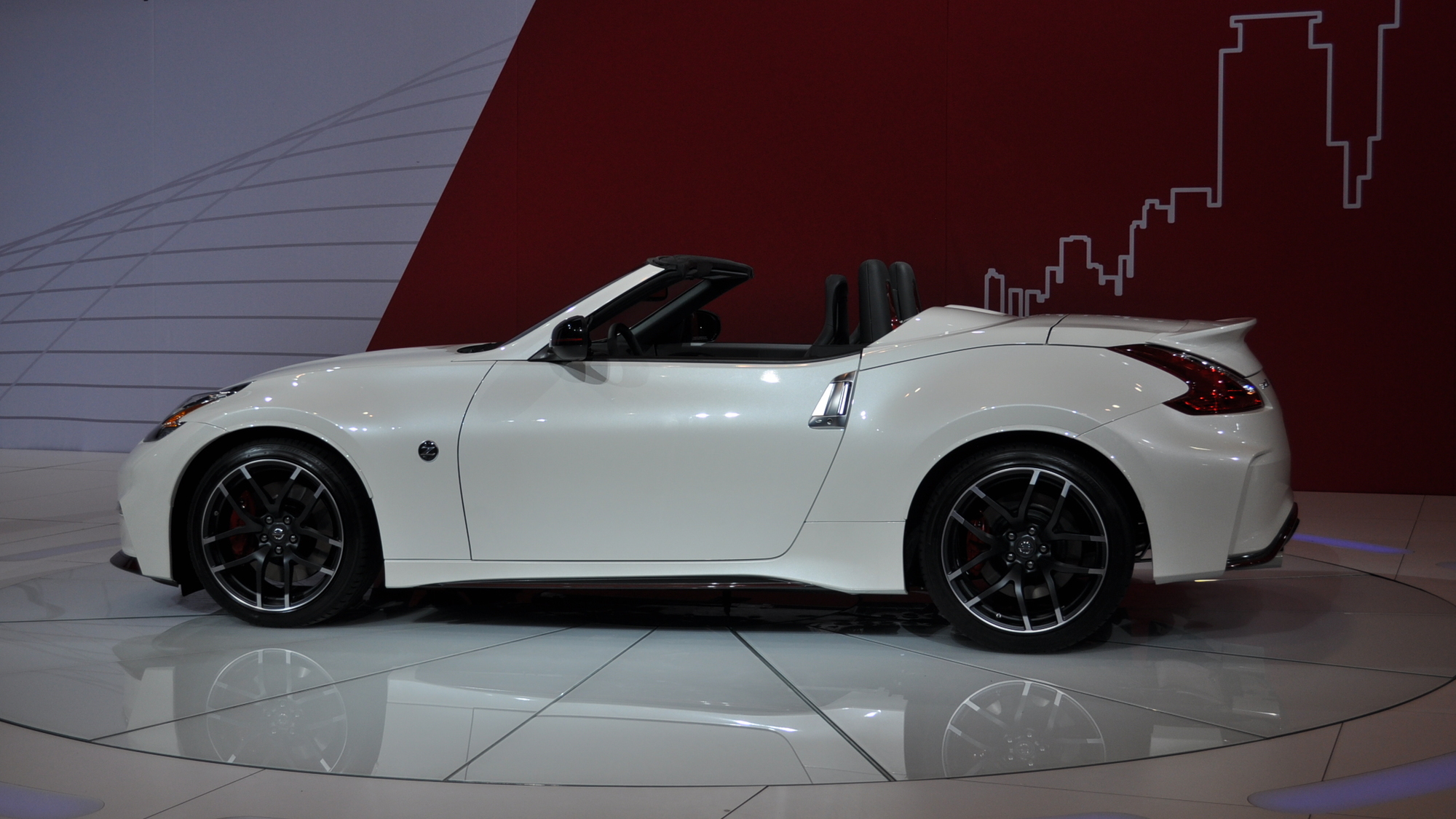 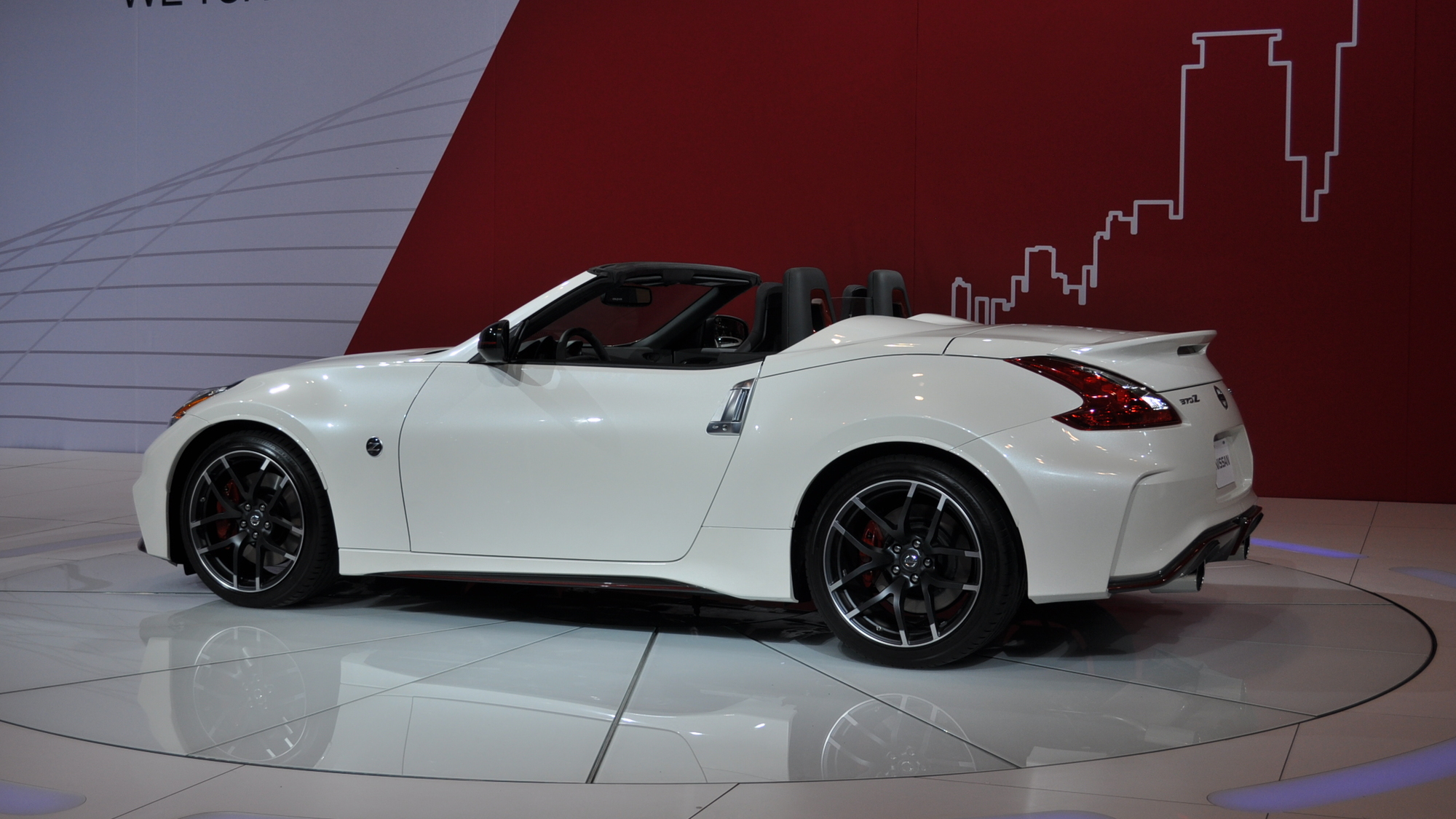 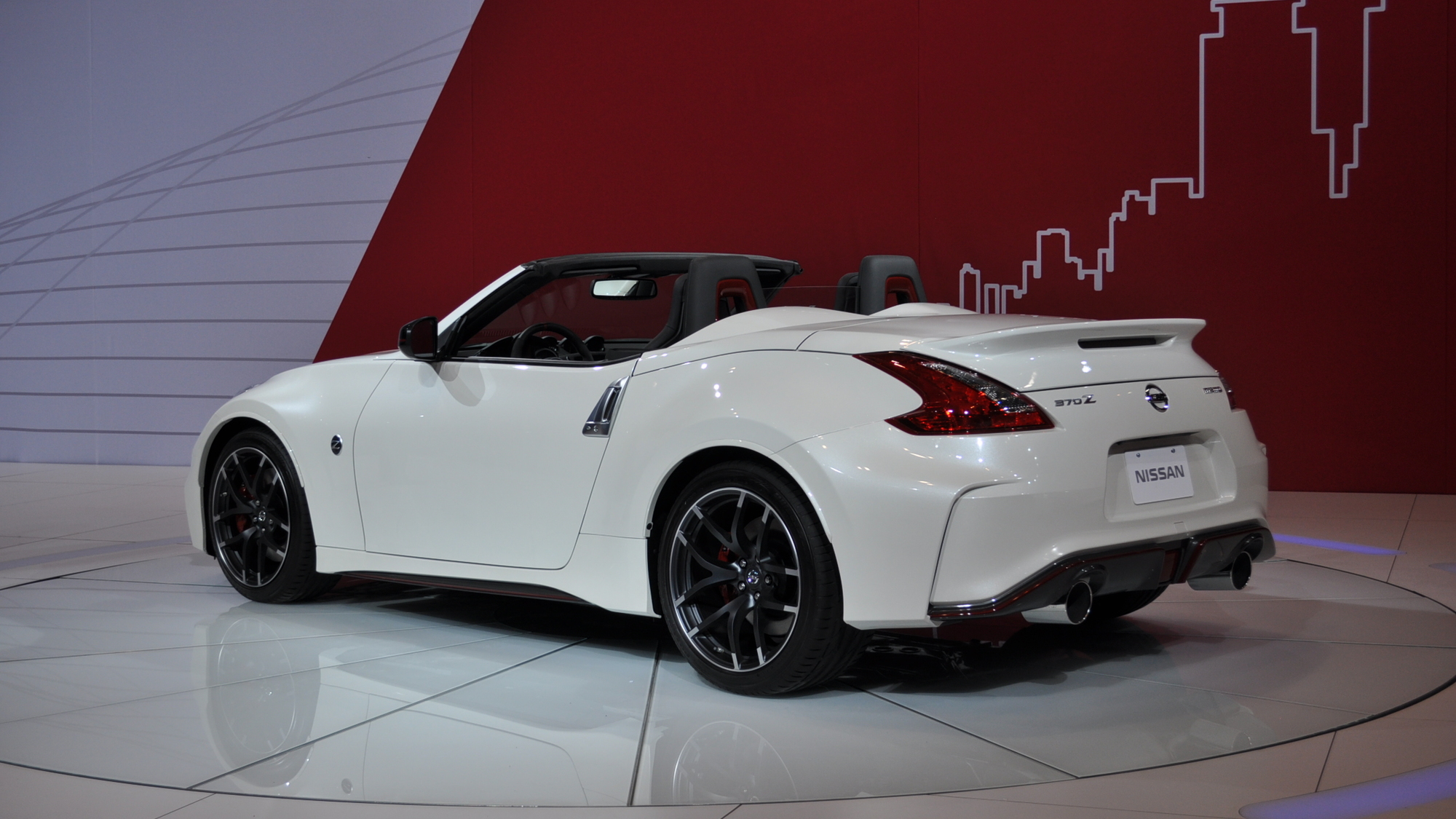 Have you ever wondered what it would look like if Nissan made a roadster version of the 370Z NISMO Coupe? Thanks to the latest concept car being shown at the 2015 Chicago Auto Show, you no longer have to wonder.

Being shown as a one-off design study, Nissan says it's gauging consumer interest in such a model. If the automaker believes there's enough demand to justify it, the 370Z NISMO Roadster would join the 370Z NISMO Coupe model, taking the NISMO lineup to five models.

To keep things stiff there's a NISMO-branded strut tower under the hood along with NISMO-tuned four-wheel independent suspension. Special springs and stabilizer bars are swapped from the 370Z NISMO Coupe to the Roadster Concept, and a larger sport brakes help haul things back to legal speeds. There's also a limited-slip differential.

The exterior of the 370Z NISMO Roadster Concept features a power-folding fabric roof. Visually the NISMO Roadster stands out from the regular roadster thanks to a GT-R-inspired aerodynamic body kit. The NISMO red striping is in full effect, and the blacked out headlight bezels give this concept a bit of attitude. Out back there's a custom carbon fiber rear spoiler exclusive to the NISMO Roadster Concept. Wide 19-inch NISMO super-lightweight alloy wheels round out the package.

Inside the NISMO Roadster Concept are a pair of black Recaro leather-appointed seats with red stitching and off-white Ultrasuede inserts. A three-spoke NISMO steering wheel wrapped in Alcantara and leather sits just in front of the red NISMO tachometer.

For those seeking some technology along with their sports car, Nissan's navigation system and 7-inch color touchscreen infotainment system is fitted inside the NISMO Roadster Concept. For safety, a rearview camera is include as well.

Pierre Loing, vice president, Product Planning, Nissan North America, Inc. said, “While it is only a design study at this point, we think the 370Z NISMO Roaster Concept would be a tremendous addition to the long and distinguished history of Z sports cars...”

So, if you are a Nissan 370Z fan that's been longing for a roadster version of the NISMO, it'd be in your best interest to show Nissan your excitement for this concept. It just might make it into a showroom near you sooner than later.

For all the latest news from the 2015 Chicago Auto Show be sure to check our hub here.