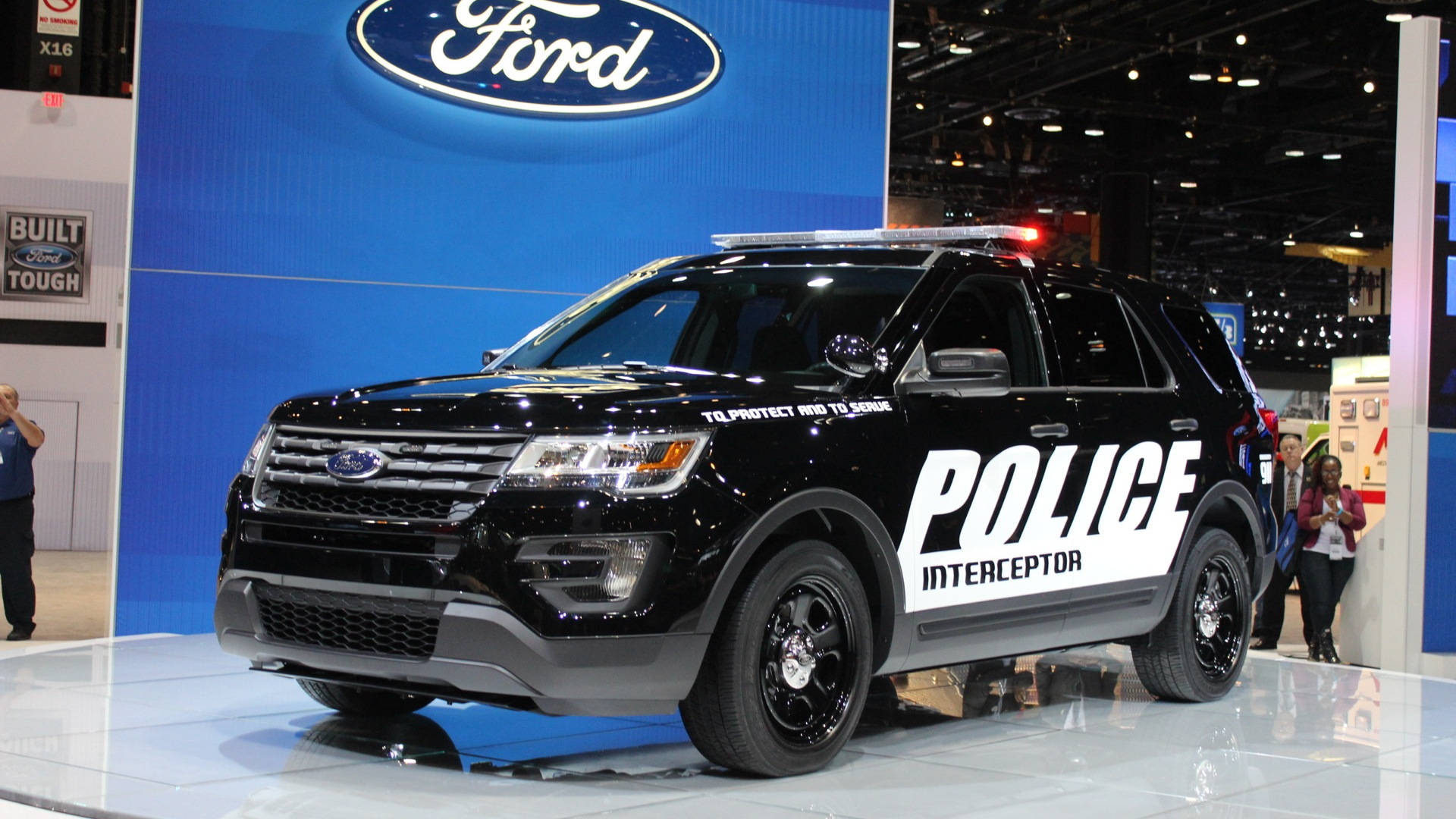 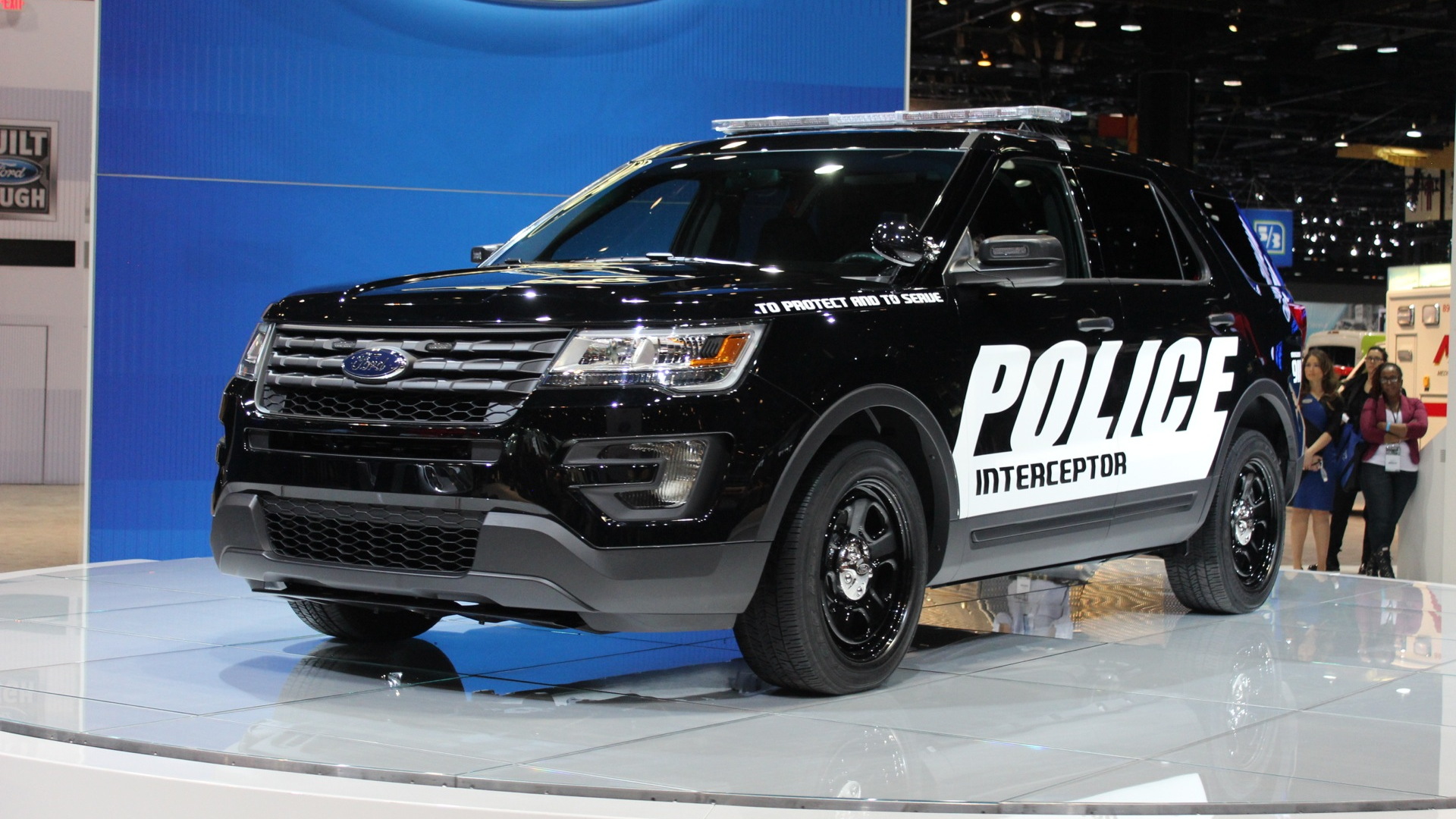 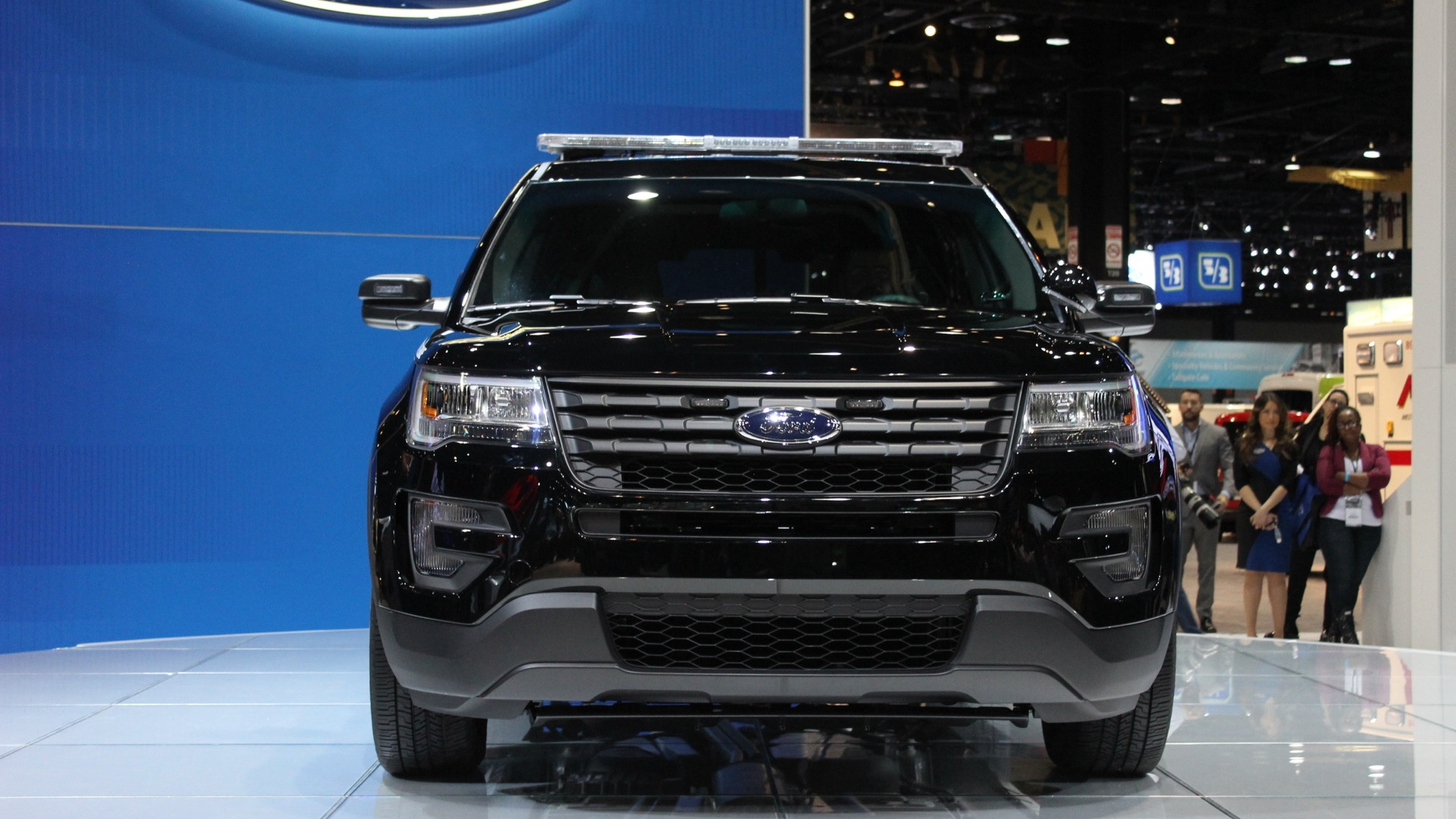 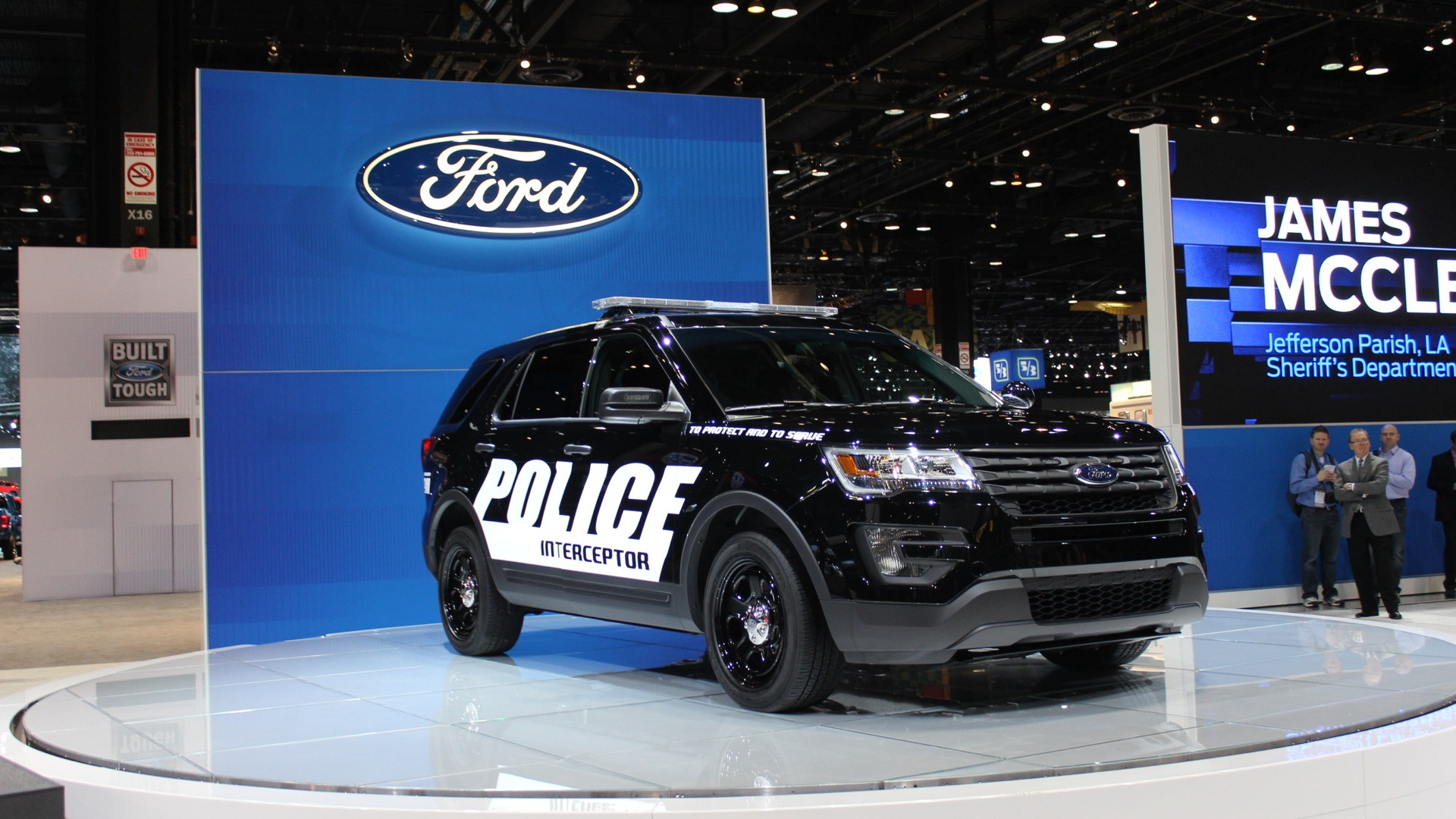 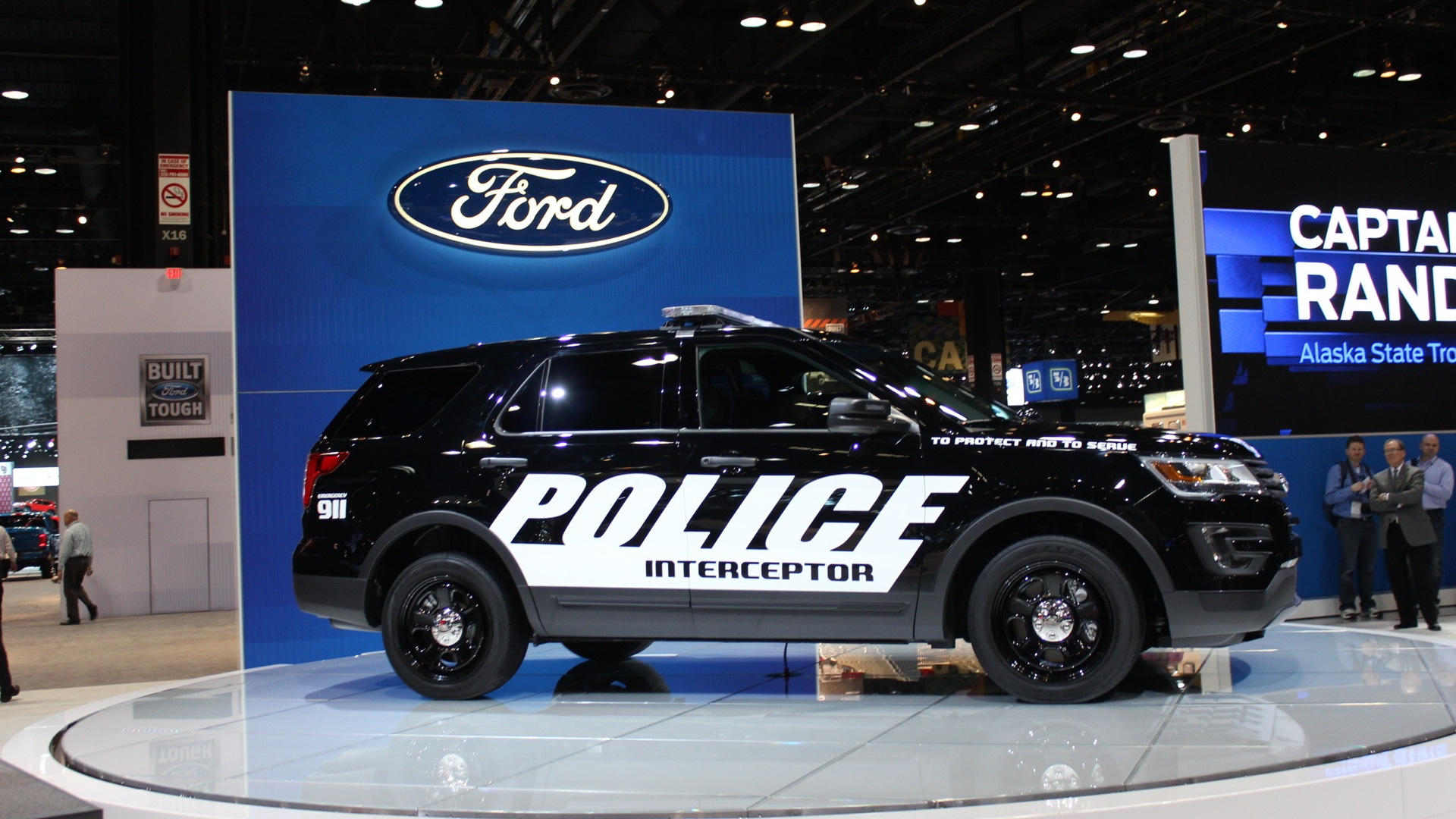 There are plenty of ways to get up close and personal with Ford's new Police Interceptor Utility, but even given the famously chilly temps of the Windy City, the Chicago Auto Show will beat getting arrested. Though if you've got your heart set on getting arrested, Ford can certainly help you with that too.

Some of Interceptor Utility's specs are pedestrian. AWD comes standard, a six-speed auto is the only transmission, and "base" models come with a 3.7-liter V-6 featuring 304 horsepower and 279 pound-feet of torque. There's also a more robust 3.5-liter EcoBoost with 365 hp and 350 lb-ft of torque available. Like its older siblings, every system—cooling, electrical, brakes, suspension—has been beefed up for longevity and performance. There's also a blind spot monitor, power liftgate and rear camera.

Of course, there's plenty of equipment you aren't going to find on a standard grocery getter.

Instead of a "sport" button, the Police Interceptor Utility features a dynamic "Pursuit Mode" which aside from setting more aggressive shift points, readies the six-speed gearbox to perform a J-turn. "Surveillance Mode" will raise the windows and lock the vehicle if it senses anyone approaching from the rear, and the doors can be fitted with Level III ballistic shields.

Not quite Q-branch, but certainly useful in the field.

While many enthusiasts will be most concerned with committing the headlight signature to memory, that time might prove fruitless. Here's the official word from Ford:

"One of the most important and recognizable features of Police Interceptor are the lights. The 2016 Police Interceptor Utility allows agencies to choose from up to 25 unique patterns. The lights are now better integrated into the new front and rear fascia, allowing for a more seamless design and a stealthier look for patrol duty."

Sounds like an opportunity for flashcards. Begin your exercise in futility by checking out our photos.