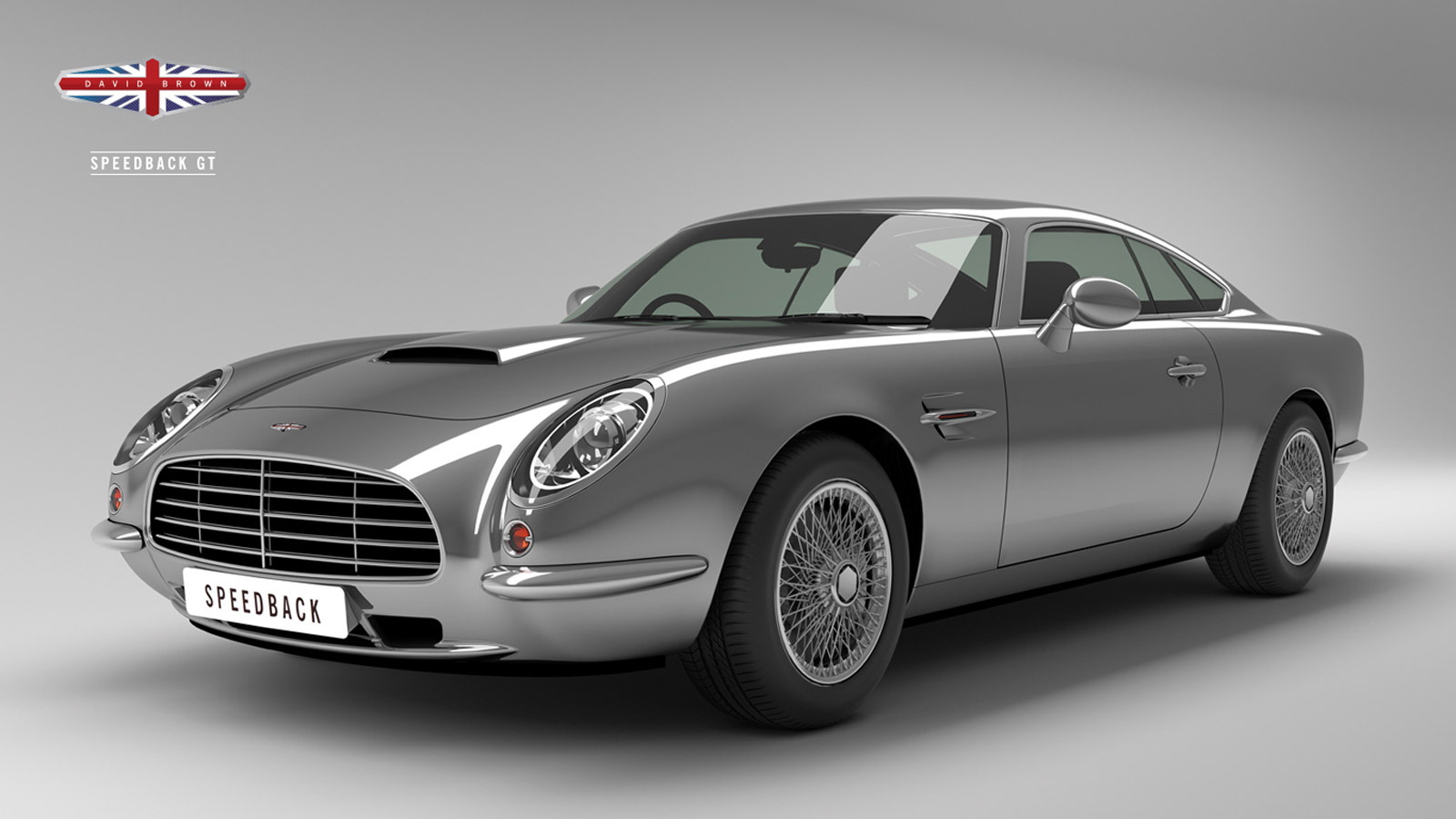 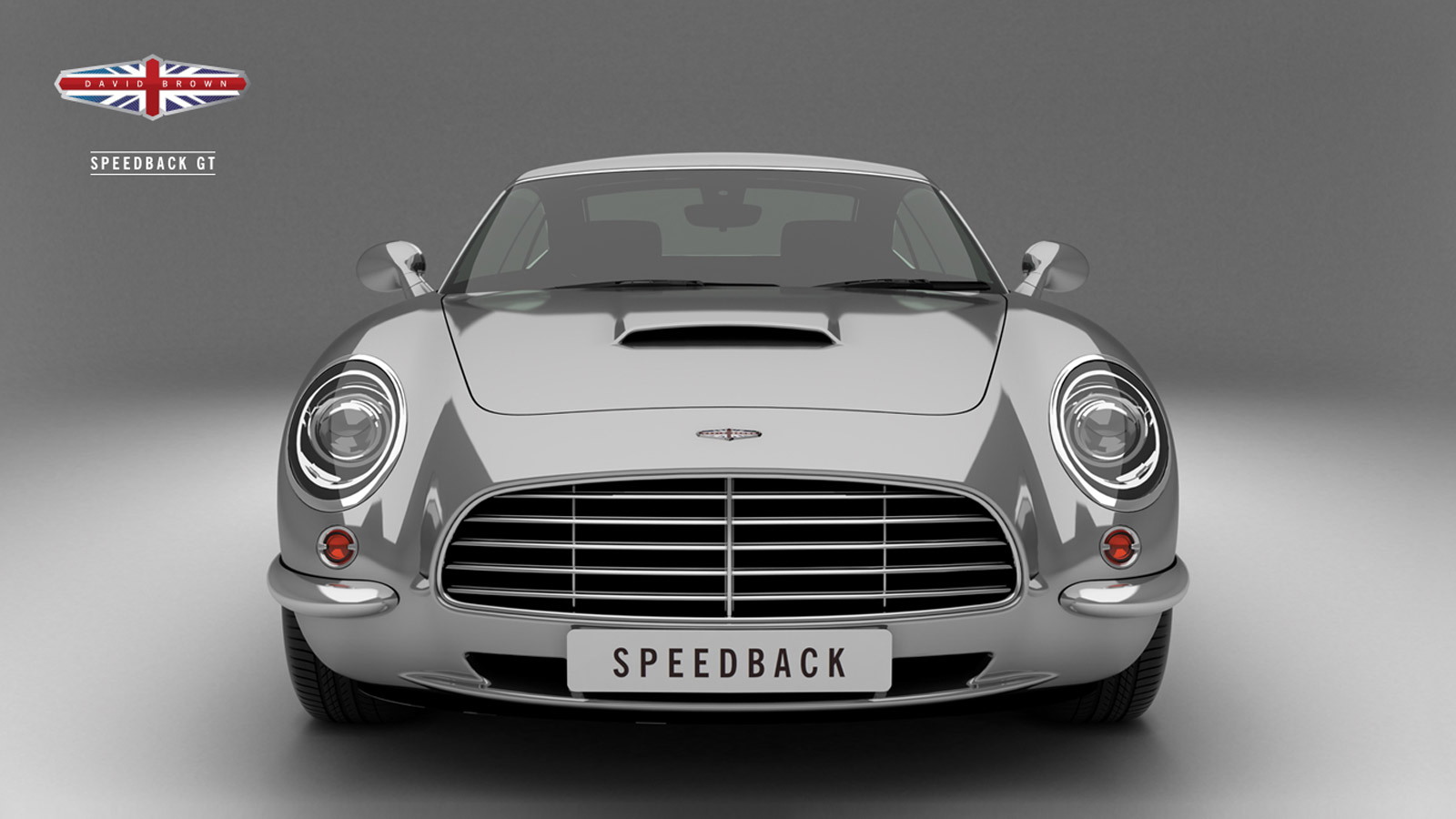 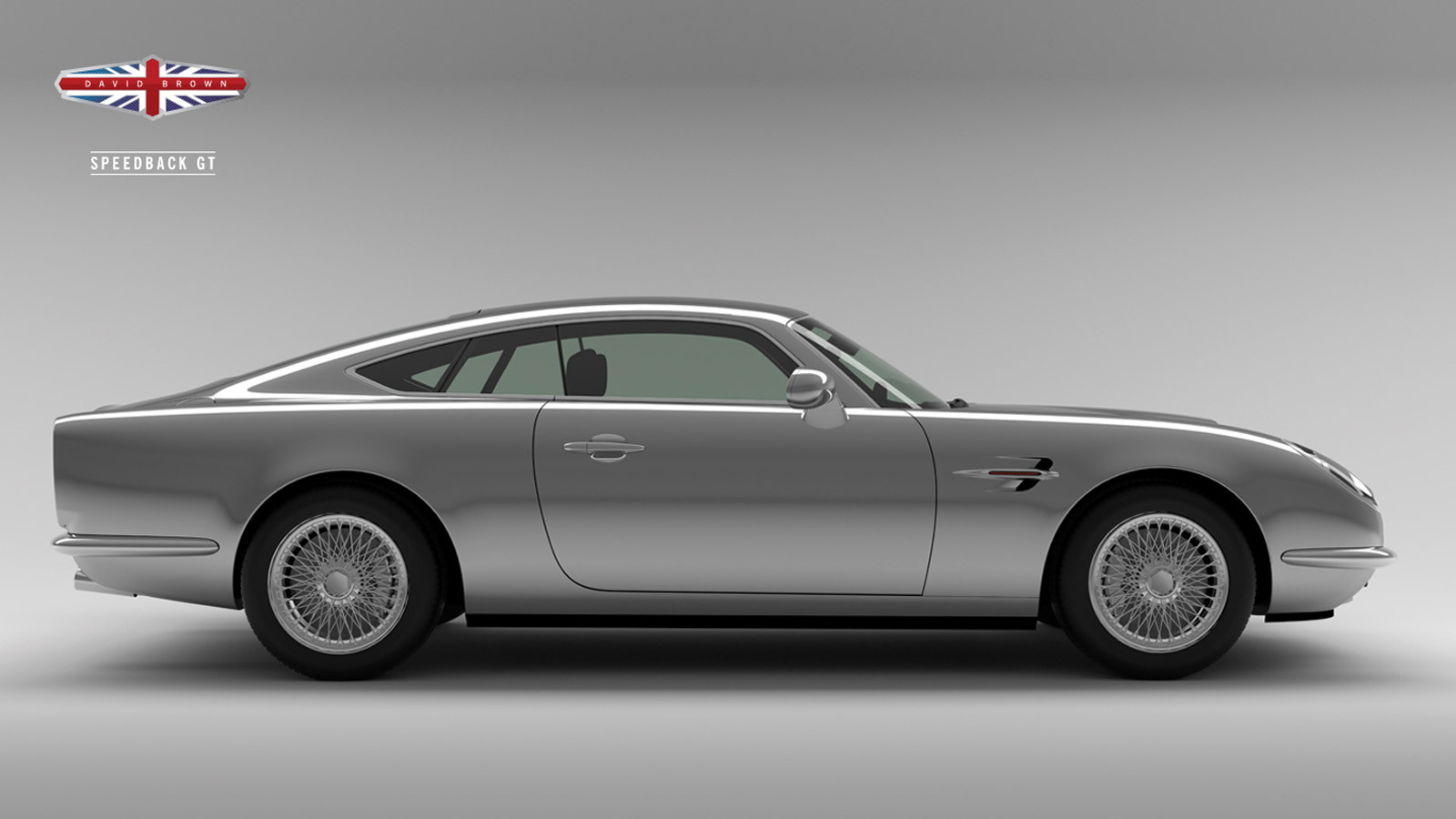 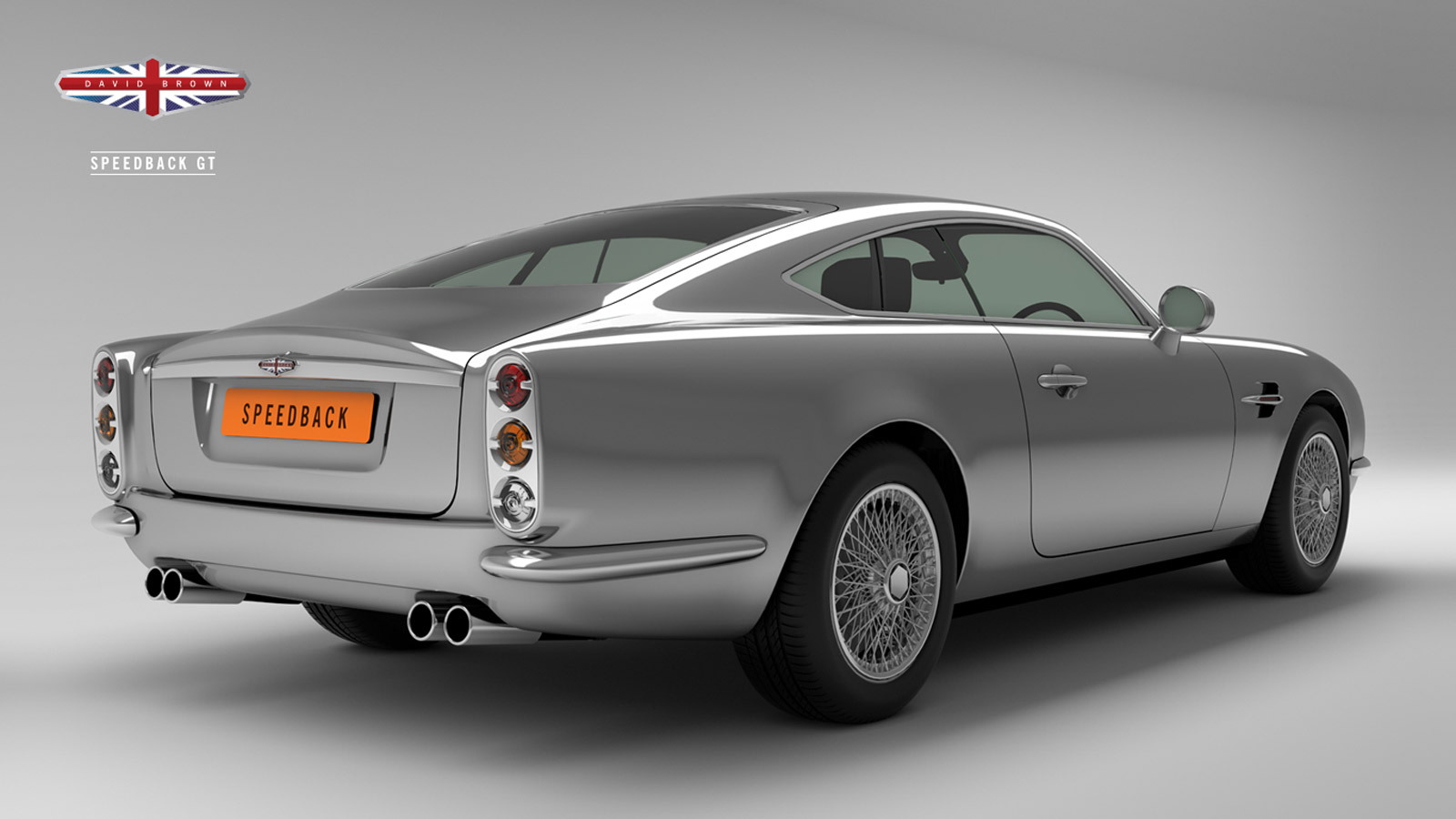 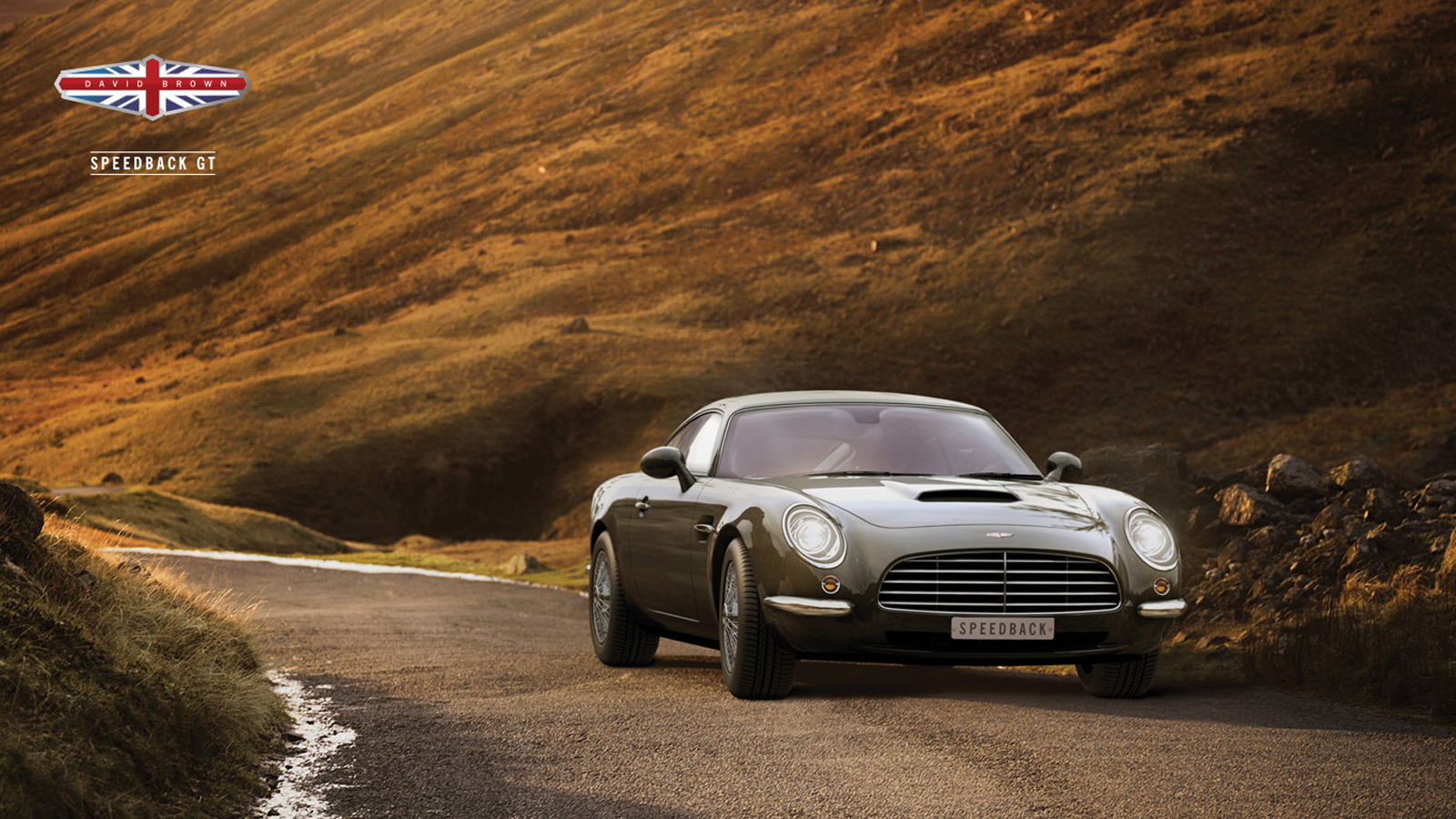 Sports car startup David Brown Automotive has revealed its first product, a deliciously retro, Aston Martin DB5-inspired grand tourer called the Speedback. The car is the brainchild of British businessman and sports car enthusiast David Brown (no relation to the David Brown of Aston Martin fame), who has managed to combine a background in engineering and manufacturing with a love for cars.

The Speedback may look like a classic but underneath the pretty sheet metal is a modern aluminum structure lifted out of the Jaguar XK. You’ll never guess the Speedback is related to the XK, however, as almost every element you see and touch has been swapped with bespoke pieces.

The engine, however, remains unchanged. David Brown has selected the supercharged 5.0-liter V-8 from the XKR, whose output in the Speedback remains unchanged at 510 horsepower. Drive in the Speedback goes to the rear wheels via a paddle-shifted six-speed automatic transmission, just like in the Jag. Also maintained is the XK’s adaptive dampers and electronic stability control.

As you may have guessed, performance of the two cars is similar: 0-60 mph takes 4.6 seconds, while top speed is limited to 155 mph. The Jaguar powerplant and chassis were chosen for their tried and tested nature--startup automakers can't afford to risk unique and unreliable setups--but the company says the Jaguar base also lends itself to their lightweight aluminum design.

Responsible for the car’s svelte lines was chief designer Alan Mobberley. Most of the panels are created using traditional methods, such as rolling. One cool touch is a split tailgate, which optimizes access to the trunk and allows for the deployment of a unique rear picnic seat.

Inside, you’ll find only the finest materials. Extensive use of leather, hand-crafted wood veneers and warm nickel finishes create an opulent, old-school feel. The seats are heated and cooled and feature 16-way electronic adjustment.

David Brown will show its Speedback in public for the first time at the 2014 Top Marques Monaco running from April 17-20. The company estimates building no more than 50 examples per year, and will announce pricing at a later date.

“The launch of Speedback is the realization of a dream for me, and is the result of skilful and dedicated work by a team of highly talented designers, engineers and craftsmen,” Mr. David Brown said in a statement. “I am delighted at the reaction of the media, our suppliers, potential customers and friends, and I look forward to presenting the car to the public in Monaco.