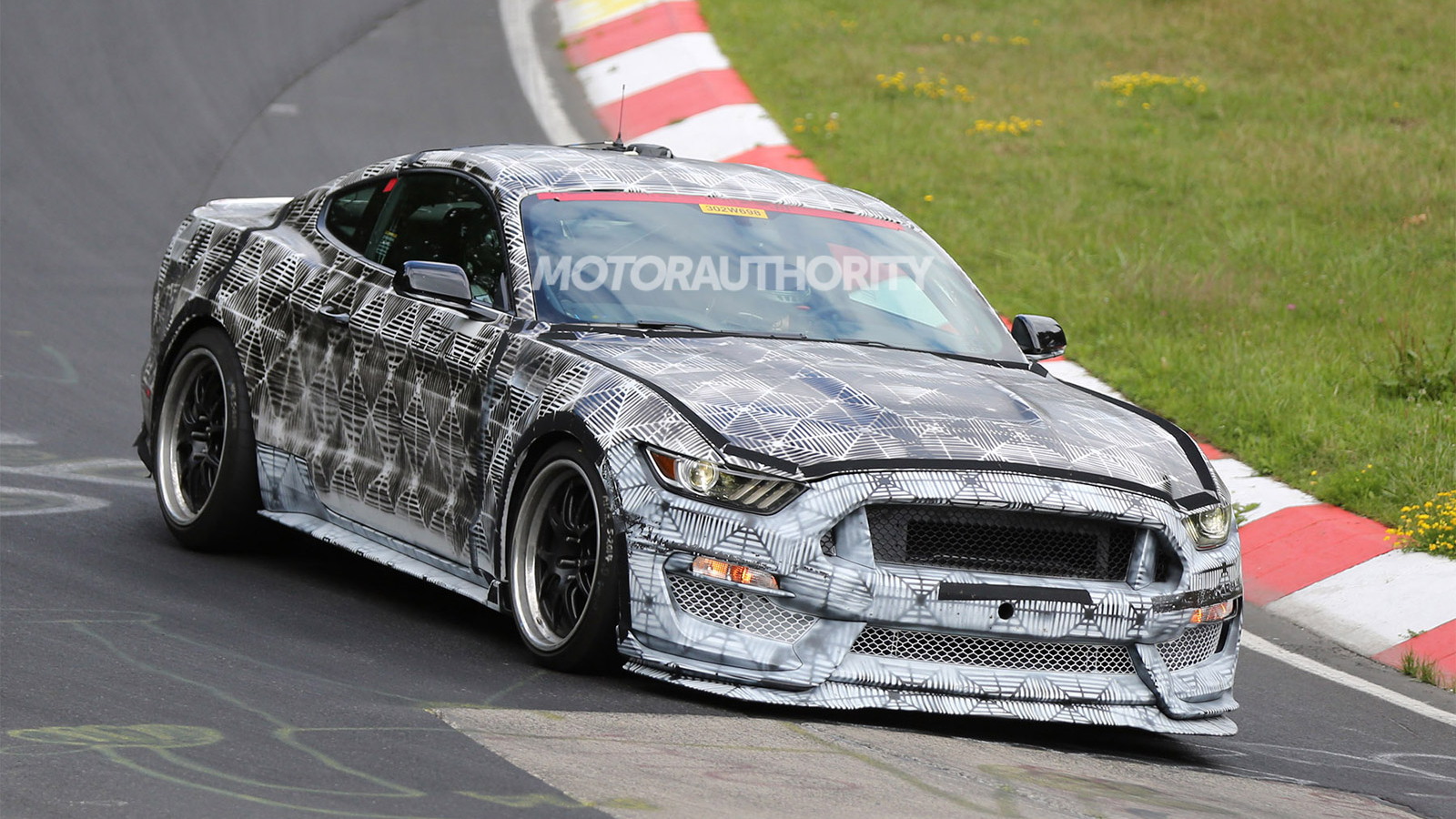 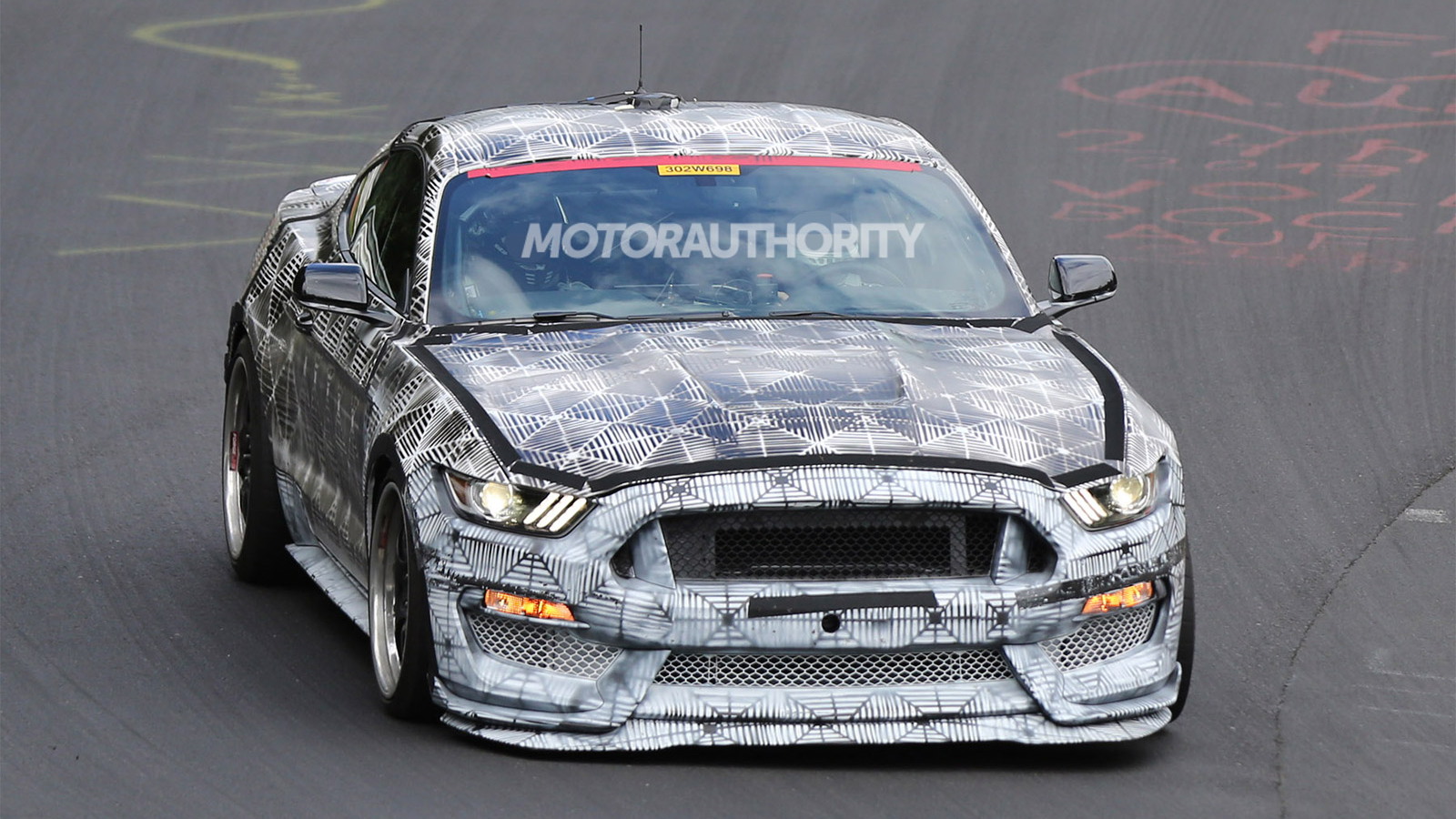 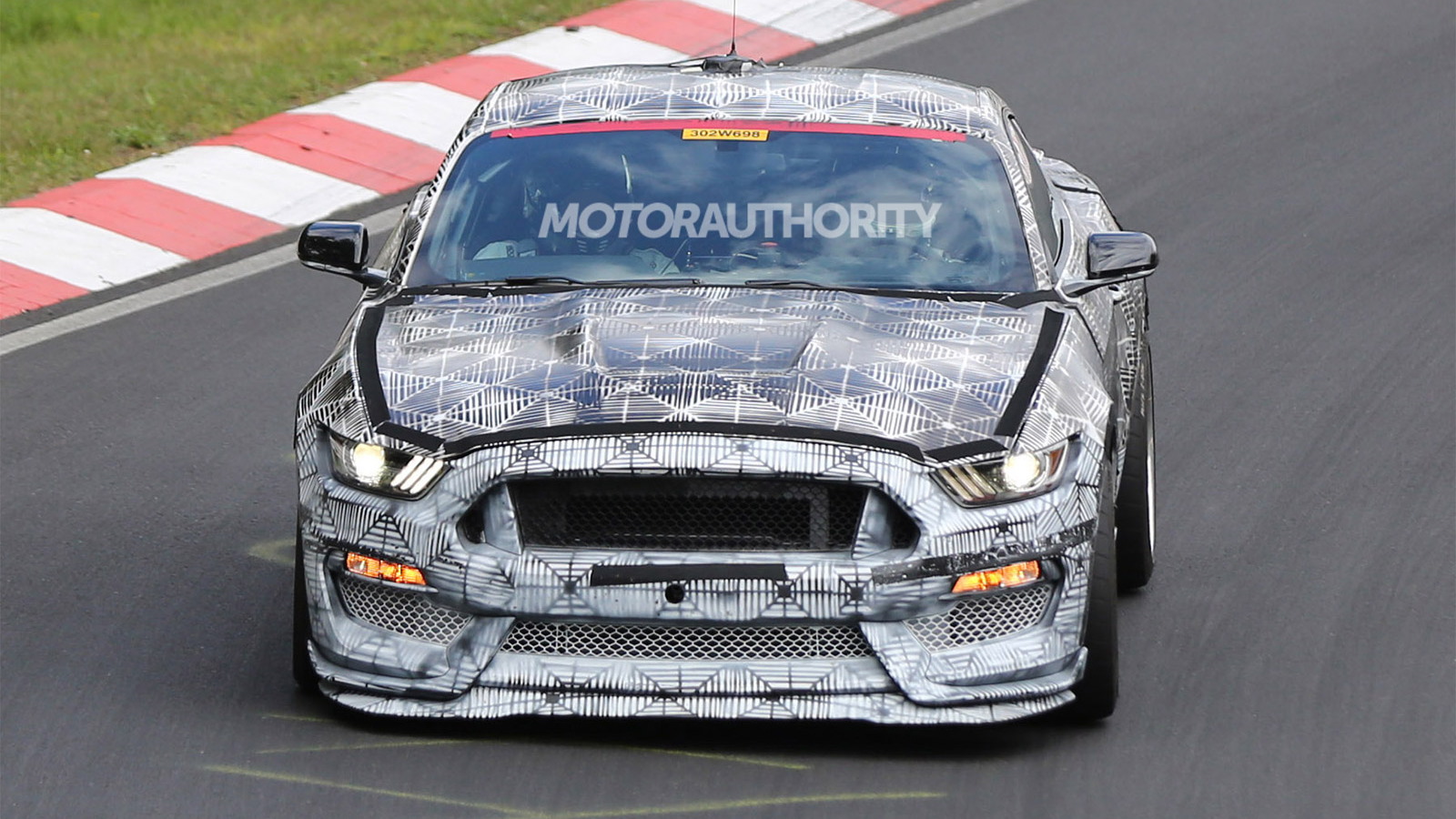 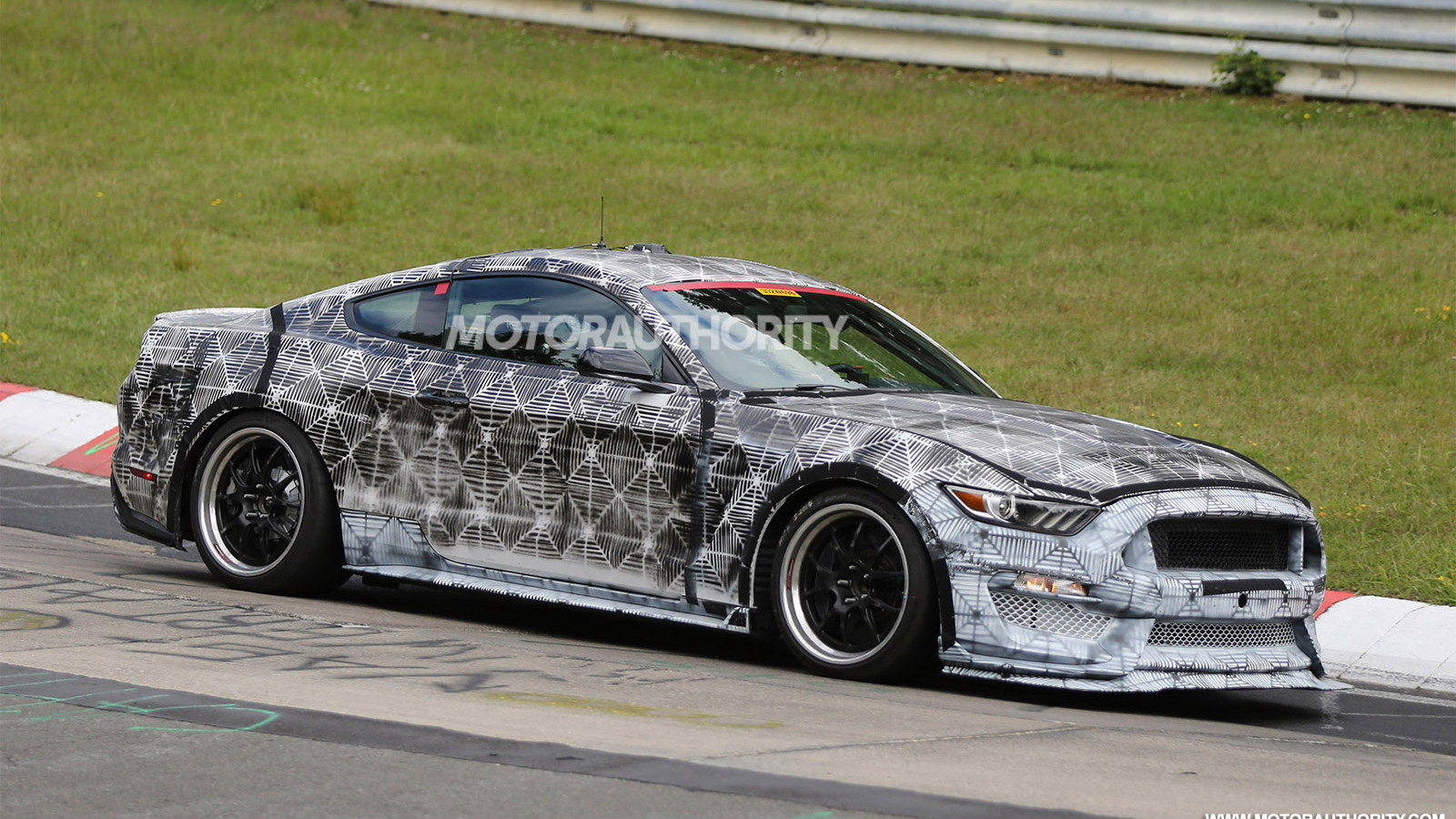 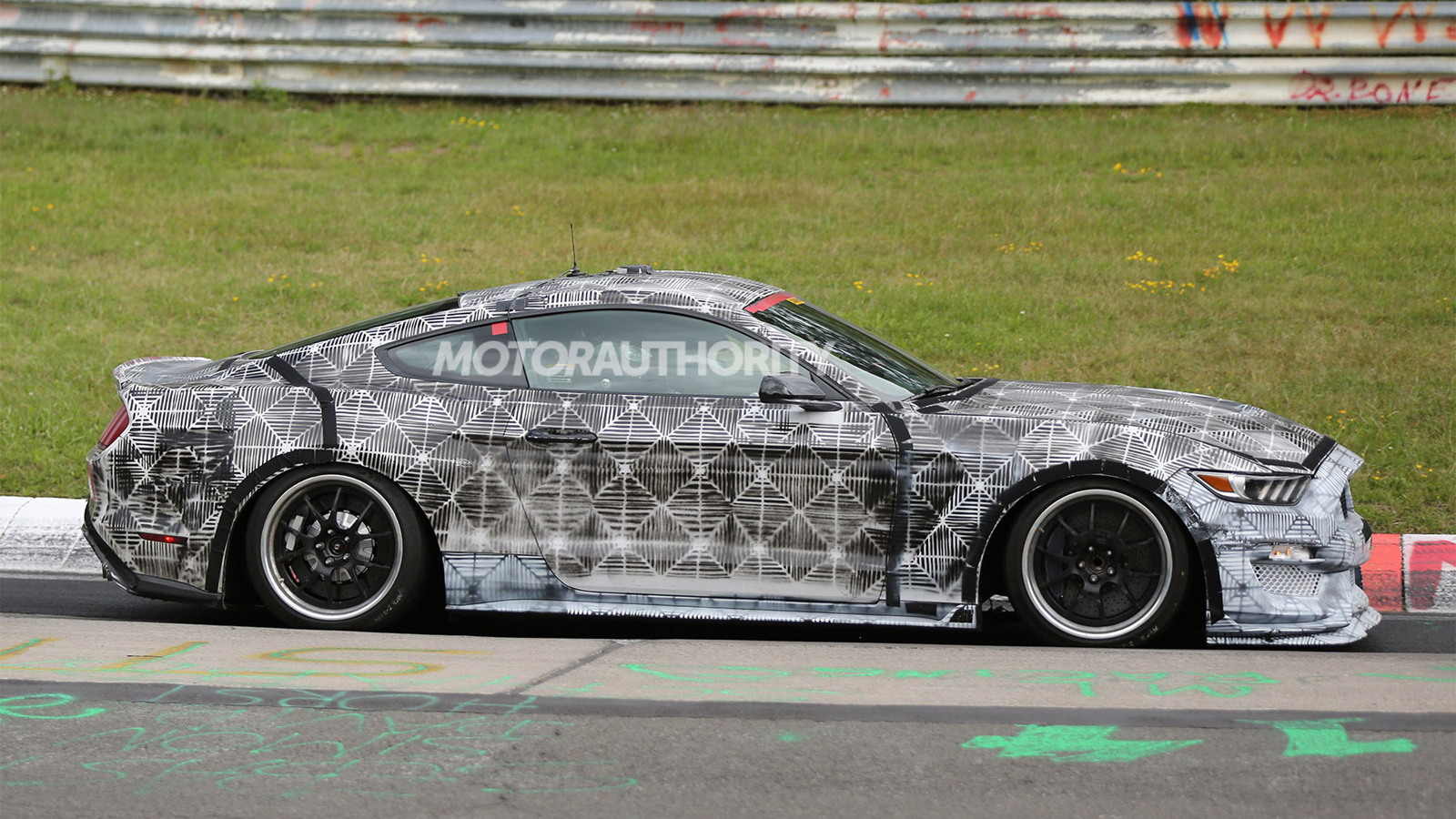 The 2015 Ford Mustang made its hotly anticipated debut at the 2014 Detroit Auto Show, but since then has largely stayed off the radar as it awaits its start of production and rubber-burning arrival on America's streets. In addition to the base and GT models, there will be a new Mustang EcoBoost powered by a turbocharged four-cylinder engine. But the Mustang EcoBoost isn't the only new addition—there will be higher-performance versions wearing special badges, too.

One of these has been spotted in prototype form yet again, and this time we have new video of it ripping around Germany’s Nürburgring—something previous generations of the Mustang rarely did. It’s not clear where in the hierarchy of Mustang models this one will sit, but it is likely to be somewhere between the previous-generation Mustang’s Boss 302 and Shelby GT500 models.

It’s possible Ford Motor Company [NYSE:F] will opt for the GT350 badge, but we’ve also heard that Ford may go with one of its historic names such as Cobra or even Mach 1. Either way, Ford is likely to drop the Shelby appellation from the car to highlight that this model is being developed by Ford’s own SVT team.

From the spy shots and video, we can see that the new car has a wider track than the stock 2015 Mustang, hinting at increased power output. A V-8 is planned, though it’s not clear if there will be any forced induction added. One rumor is that the car will use an enhanced version of the Mustang GT's 5.0-liter V-8, equipped with a flat-plane crankshaft and lighter internals. The mods would allow the engine to rev much higher, potentially liberating more than 500 horsepower. The stock Mustang GT will pack 435 hp.

Other details include vents in the front fenders, a front lip spoiler, quad-tip exhaust tips, a rear diffuser, and carbon ceramic brake discs. A manual may be the only transmission, and we should be seeing a limited-slip differential. Below are two additional videos of the new Mustang variant. One of them shows an earlier prototype and gives us a few brief glimpses into the interior—where what look to be Recaro seats can be found.

The Mustang community has been excited about the potential for even hotter Mustang since the reveal of the sixth-generation car, with credible (if quick) renders of what they might look like in finished form hitting Instagram before the paint on the show cars had dried. We'll keep you posted on details, specs, and more as the next-generation upgrades for the 2015 Ford Mustang develop, so check back often.