Now that the 2015 Ford Mustang has revealed itself to the world (with a little help from Autoweek), fans of the brand can begin to speculate just what the future holds with regards to the special models. We're talking about versions like a Boss, GT350, and even a Mach 1. There's a Mustang lover out there who's already put his thinking cap on and decided to sketch out what we might be seeing.

Matt Hilburn is poised to bring body kits to the latest Mustang. He's attempting to get his Hilburn Automotive Body Kits into production and ready for SEMA next year. Before he does that, however, he took some time to show us what he thinks the next generation of high-performance Ford Mustangs will look like. 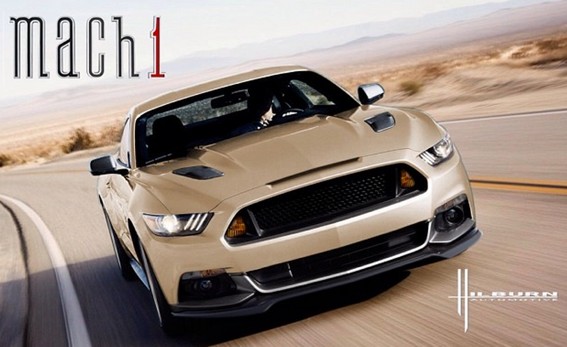 Hilburn penned a GT350 and a variety of Mach 1 examples, and then uploaded them to his Instagram account. The results are rather good, and we think his GT350 treatment is probably spot on. We also love his use of the muted gold color for the Mach 1. Still, we're eager just to take in the standard 2015 Mustang as it is at the moment. The EcoBoost motor should prove to be quite entertaining, and we can't wait to hear the throaty growl of the GT.

Additionally, we're excited to test out the new burnout feature that will reportedly be making its way into the electronic goodness of the new Mustang. Sure, we can handle our own burnouts just fine, but it will be rather interesting to see how Skynet meters out tire punishment.