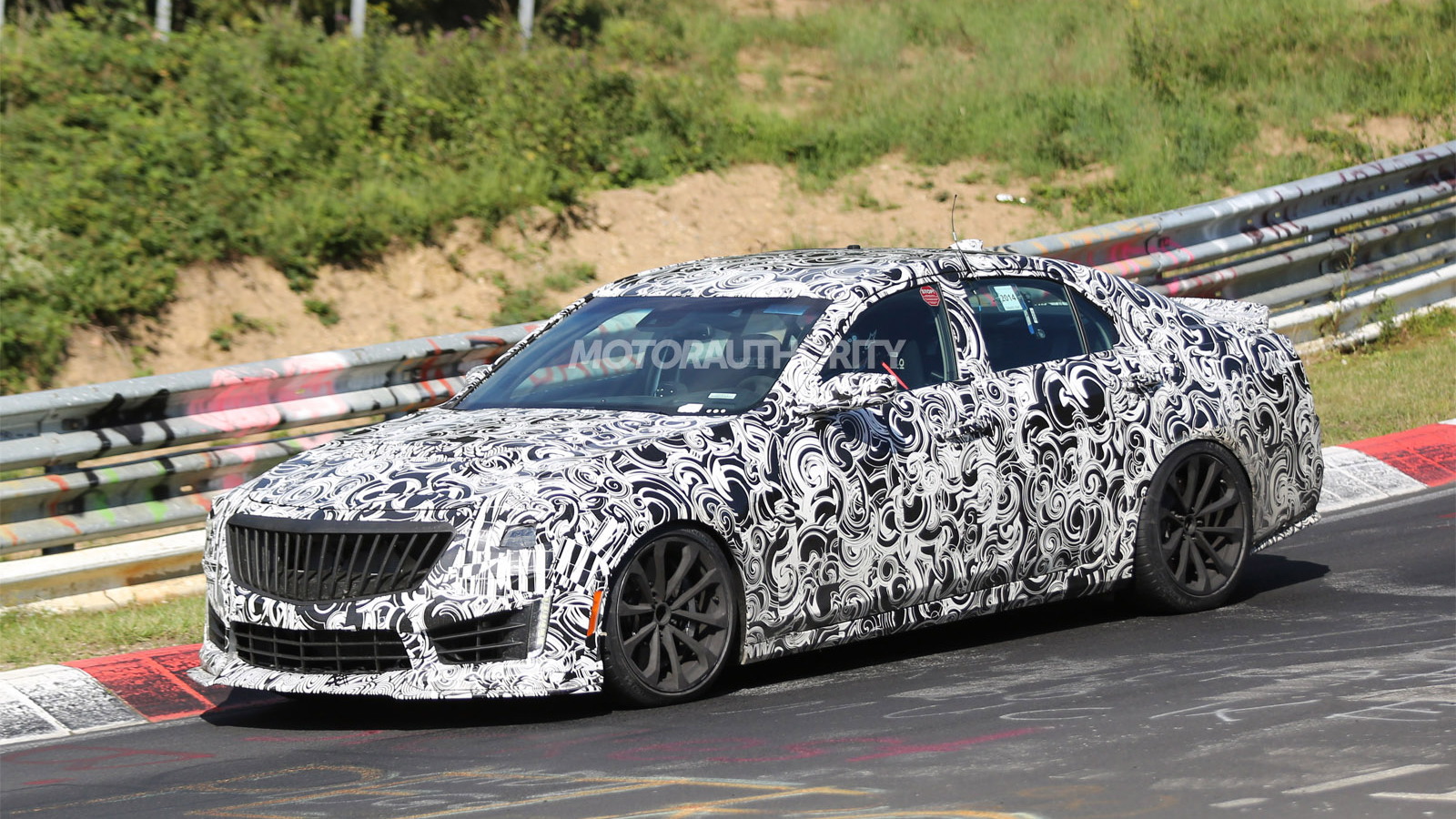 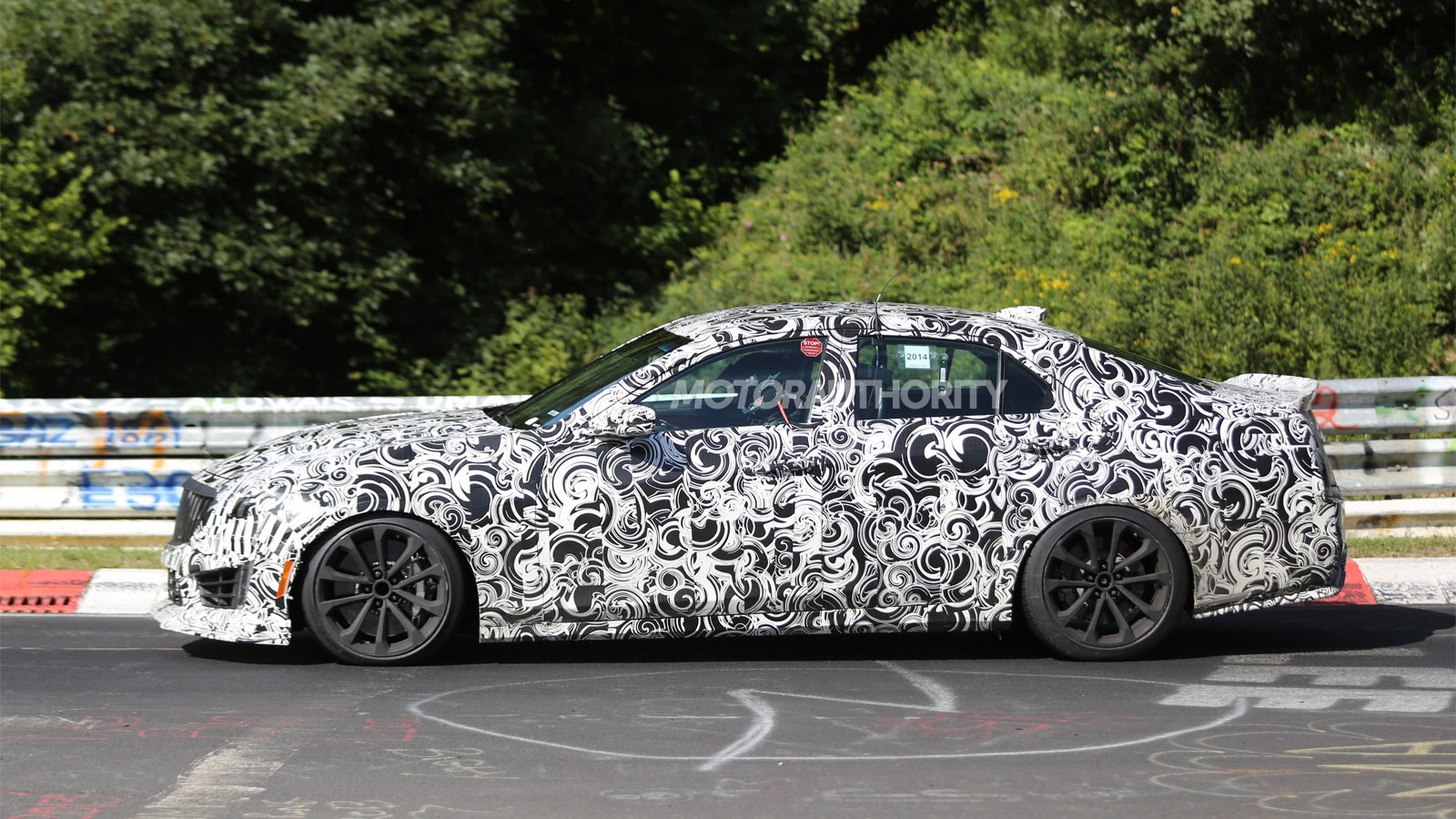 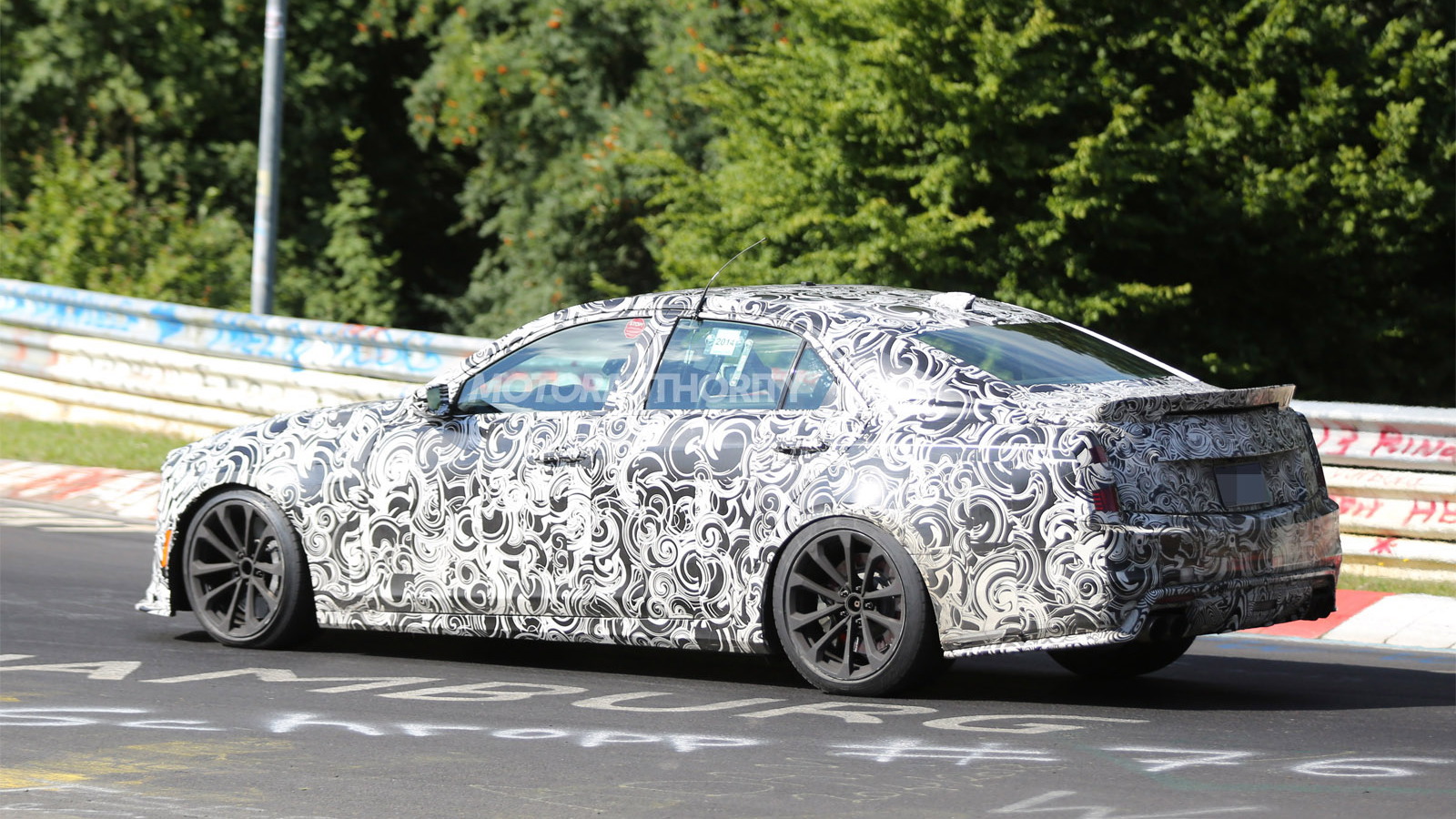 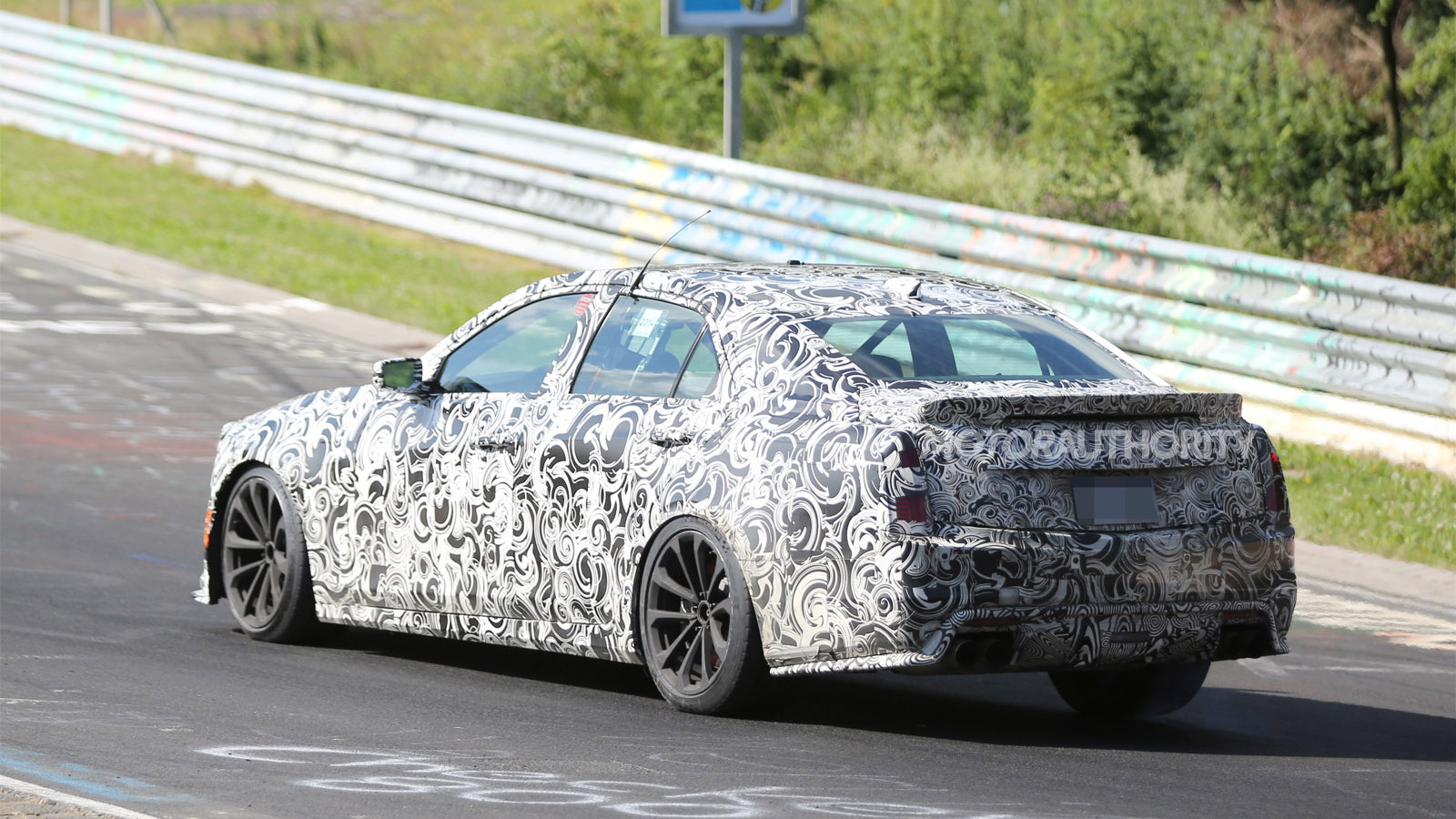 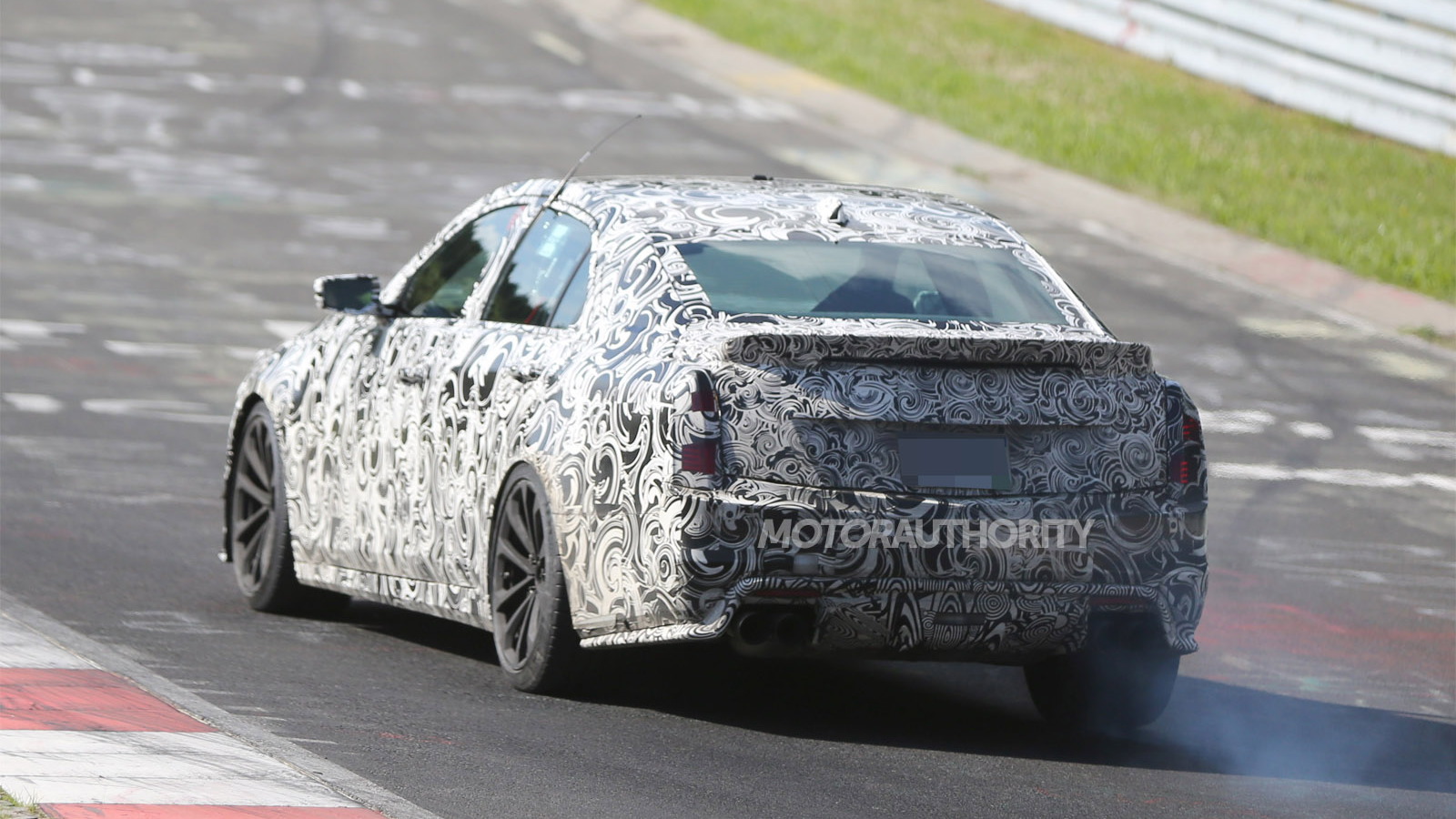 12
photos
Cadillac’s next-generation CTS-V sedan has been spotted at the Nürburgring and on some of the German race track’s surrounding roads. Like previous CTS-Vs, the new one, due out next year as a 2016 model, will pack a V-8 engine, helping to differentiate it from the smaller ATS-V that's believed to be equipped with a twin-turbocharged V-6.

Our exclusive spy video of the new CTS-V confirms that the car will have a very aggressive sound. While a signature V-8 note is present, it’s not clear whether the engine features a supercharger or a turbo. Forced induction is expected so we’ll have to wait and see what Cadillac has in store.

Possibilities include a supercharged 6.2-liter V-8 like that fitted to the outgoing CTS-V, though we’re also hearing Cadillac engineers may go with a new twin-turbo setup. Cadillac’s Elmiraj concept car from 2013 had a twin-turbo 4.5-liter V-8 rated at more than 500 horsepower and this powerplant is expected to feature in the marque’s future models.

One thing you can bet on is more power than the 556-horsepower rating of the outgoing CTS-V, which combined with the lighter mass of the new car’s Alpha platform should translate to dramatic improvements in dynamic performance. Look for output to lie close to or even exceed the 575 horsepower of the latest M5 Competition Package and 577 horsepower of the E63 AMG S-Model.

The price tag of the new CTS-V is also likely to be higher than that of the previous car, which listed from just under $65k. To cater to fans seeking a less-expensive performance sedan, Cadillac will have its new ATS-V on offer sometime in the next 12-18 months as well.

For more details on the 2016 Cadillac CTS-V, including additional spy shots, click here for our full report.