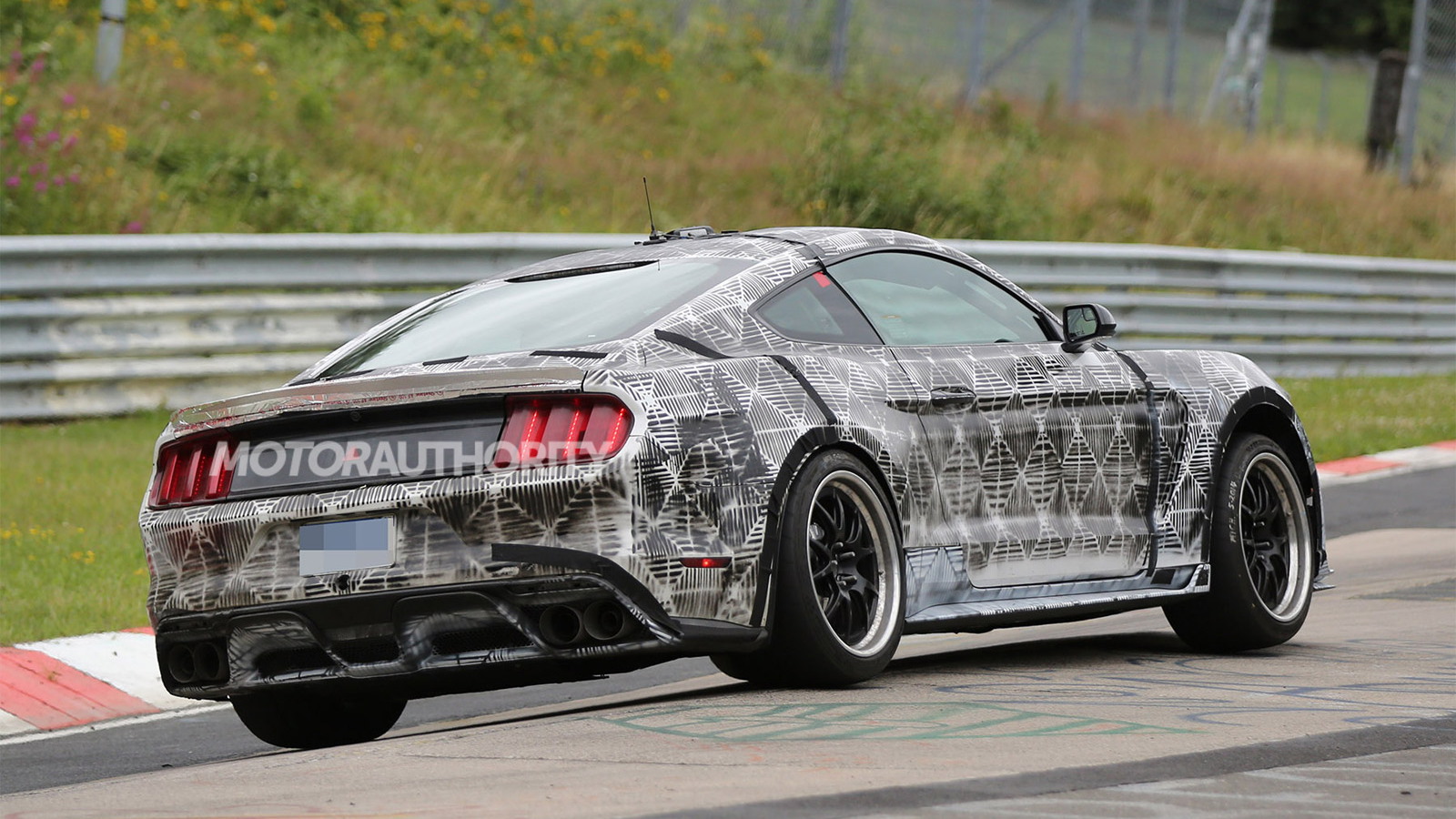 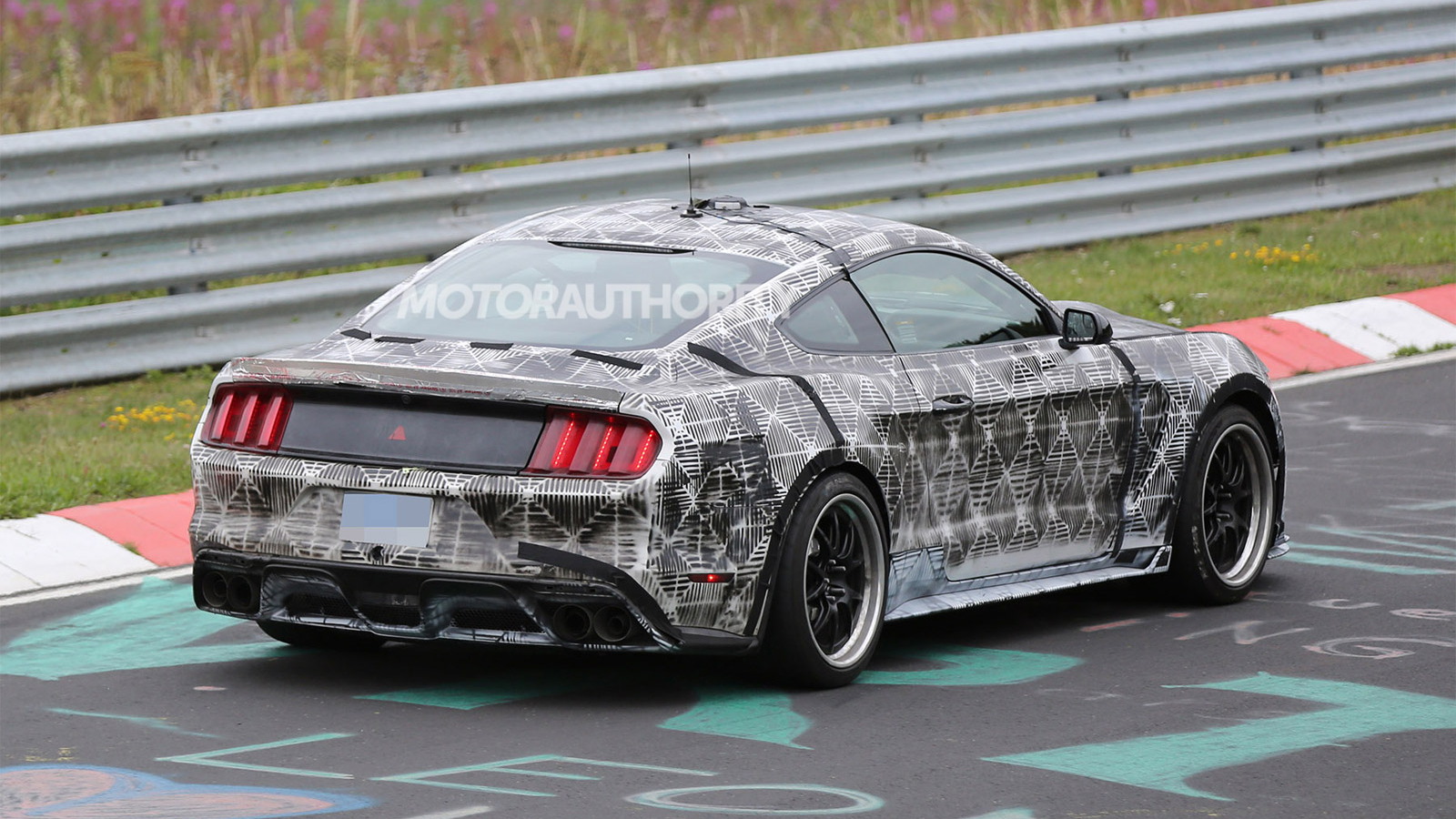 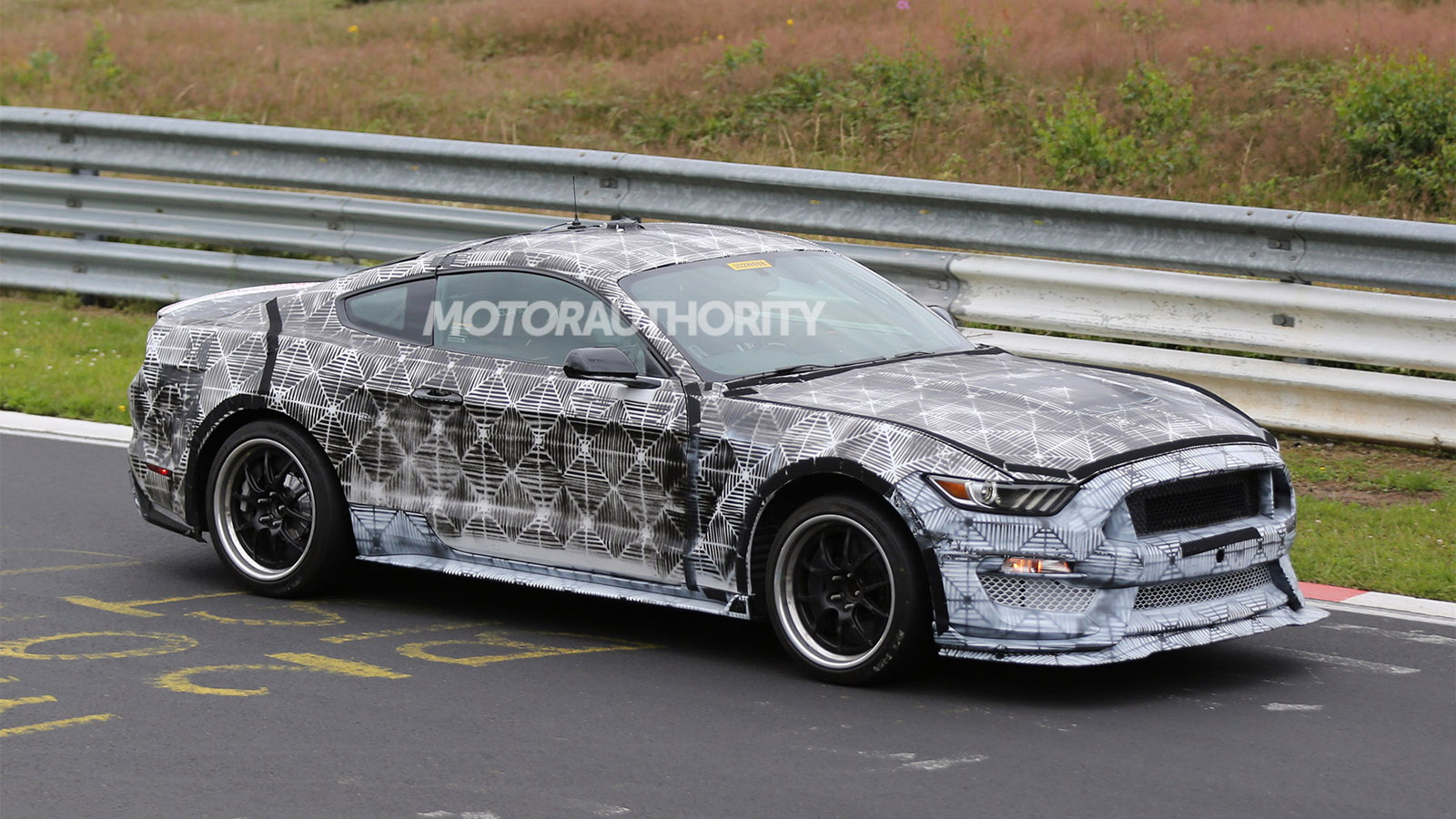 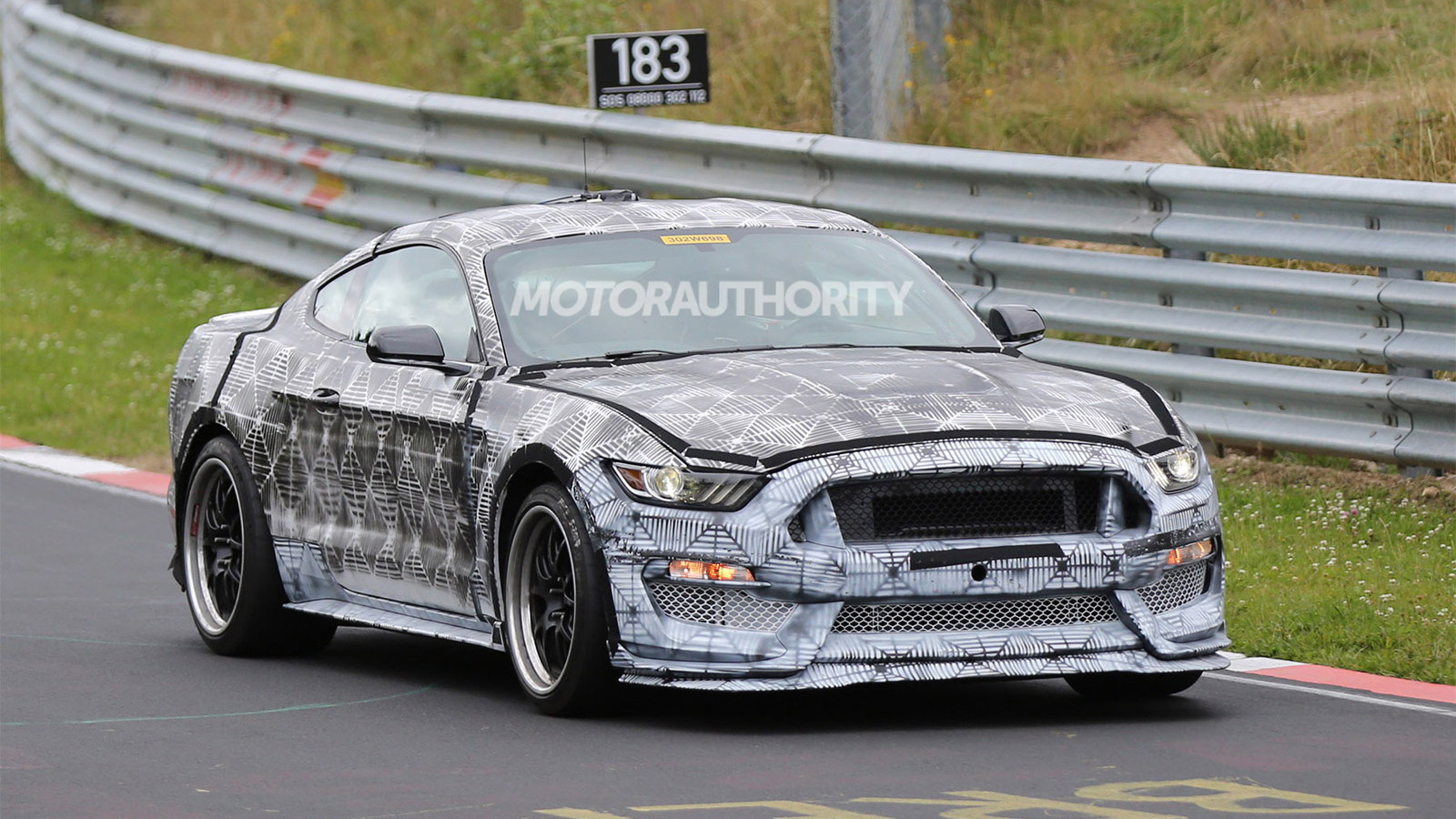 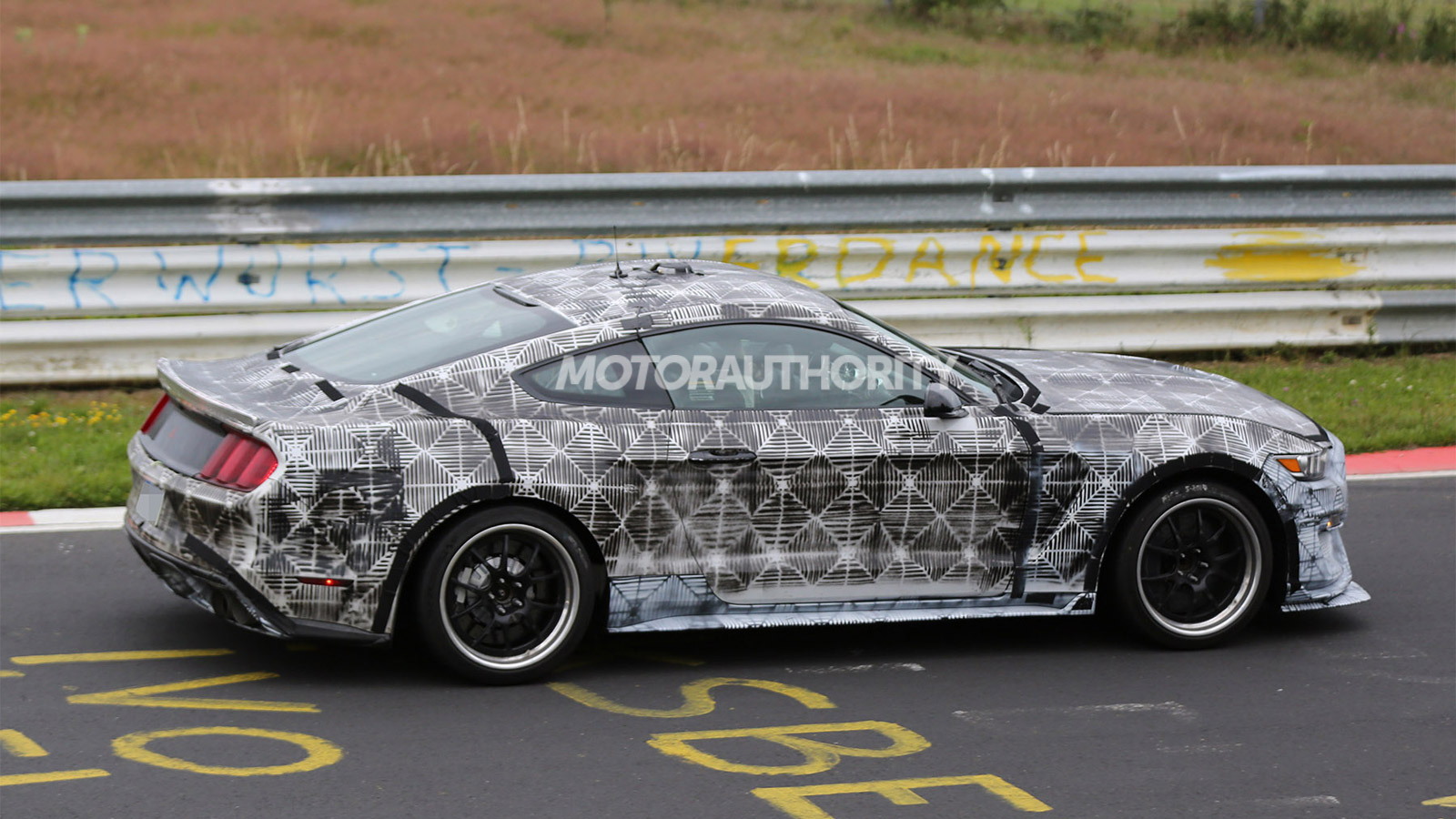 14
photos
Ford’s all-new, sixth-generation Mustang is now just a couple of months away from hitting the showroom floor, in base, EcoBoost and GT trim, but we’ve got details on an additional variant that will be arriving in the near future.

We still don’t have confirmation of the car’s name but we suspect it will wear the GT350 badge, making it a Mustang GT350. You’ll recall Shelby American has ended production of its own GT350-badged Mustang, and this new Mustang variant is thought to feature a name familiar with Mustang fans.

Whatever it’s labeled, the car should offer oodles performance. It’s being developed by the Ford Motor Company’s [NYSE:F] SVT performance division and is rumored to feature a unique version of the ‘Coyote’ V-8 fitted to the Mustang GT. Displacement may be up on the standard 5.0 liters, and it’s also possible some form of forced induction will be added.

Some prototypes for the new Mustang variant were recently spotted testing at Germany’s Nürburgring, something previous generations of the Mustang rarely did. This suggests the car will be much more track-focused than previous Mustangs, including the previous-generation’s awesome Boss 302. However, we’re not expecting the new variant to top the 662-hosrepower Shelby GT500 in performance. A successor to that car should be rolled out later in the sixth-generation Mustang’s life.

A debut of the new Mustang variant is expected to take place next year, which means we’ll most likely see it list as a 2016 model. For more details, including additional spy shots and video, head to our earlier post.