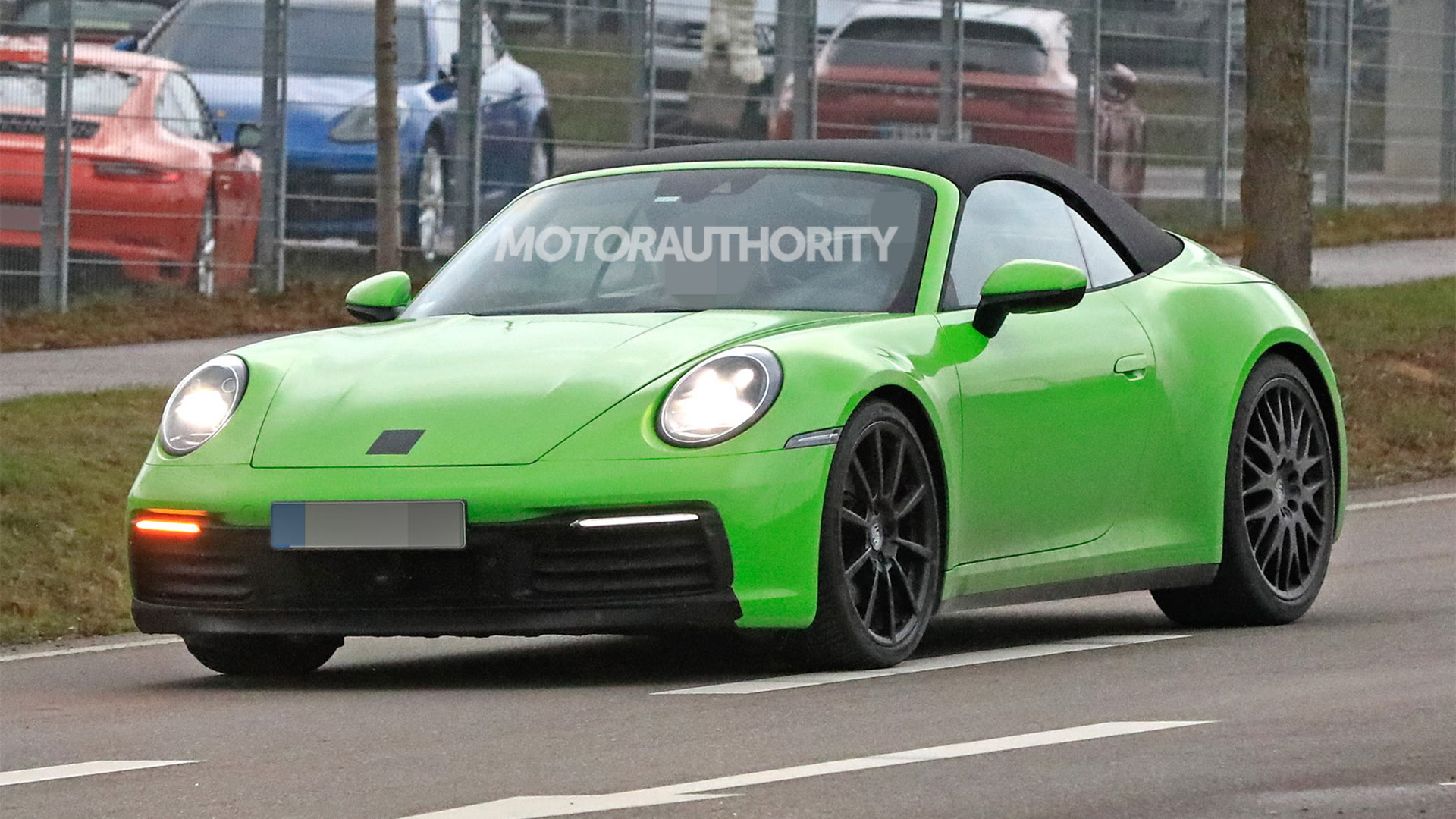 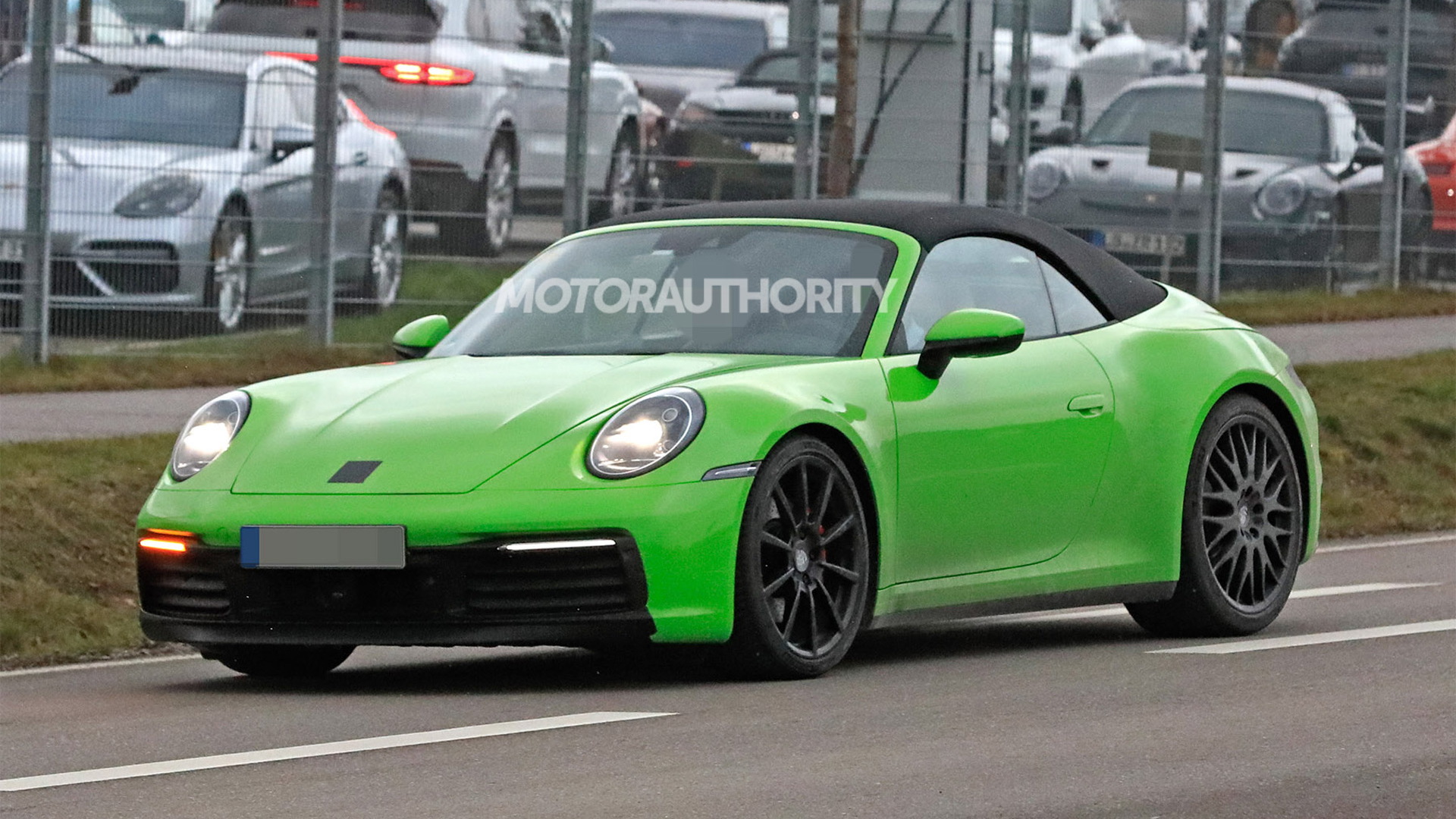 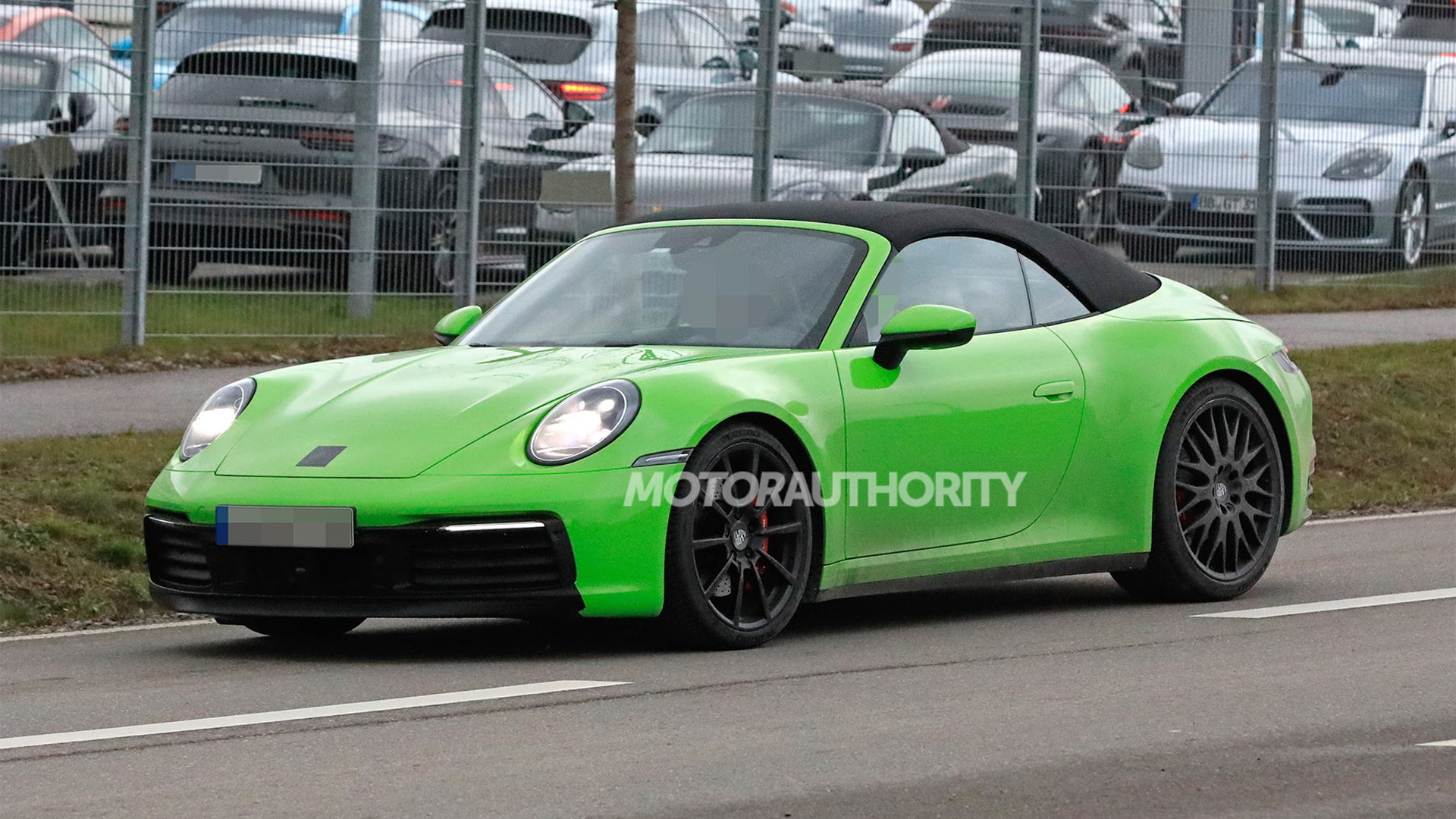 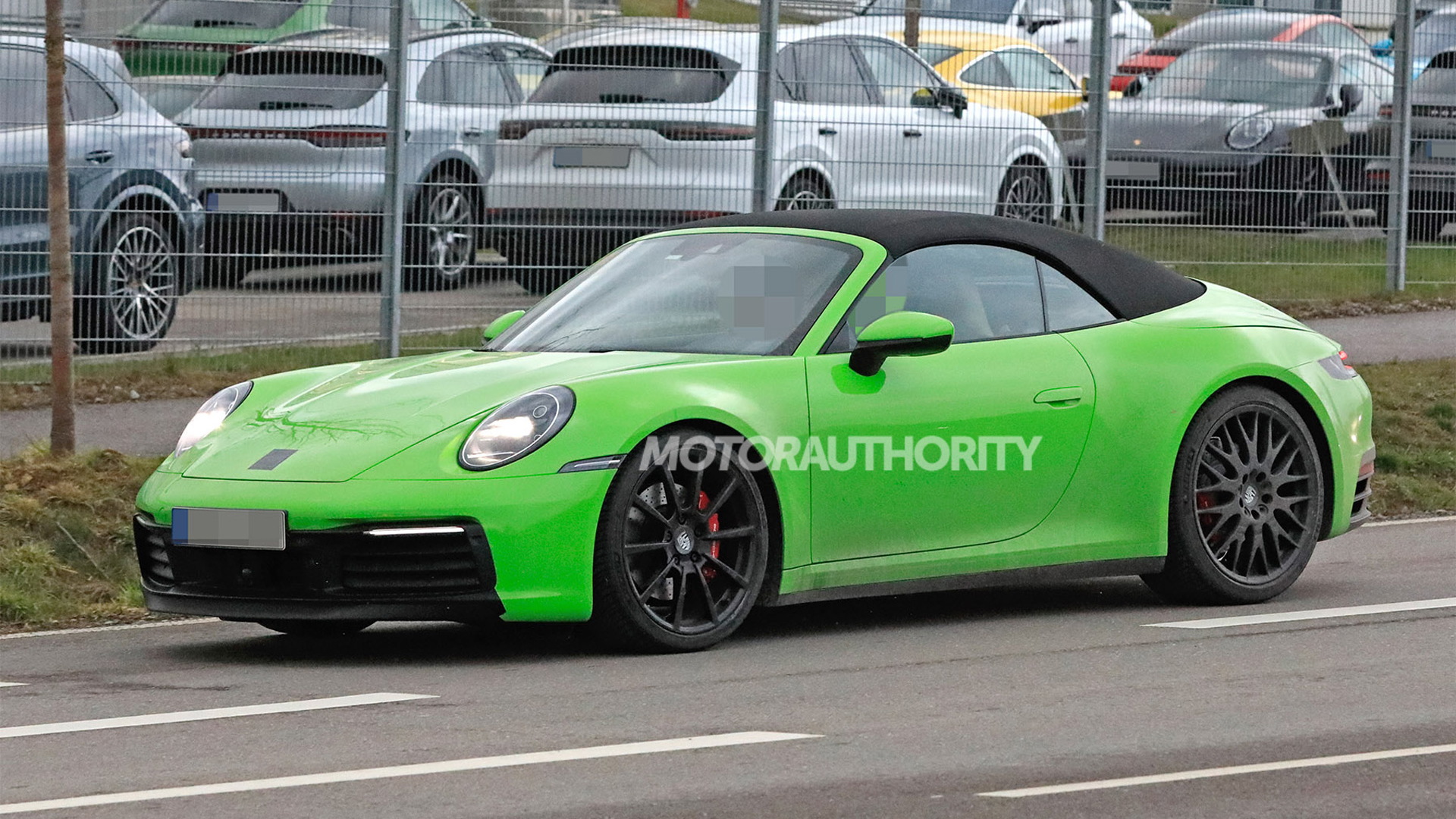 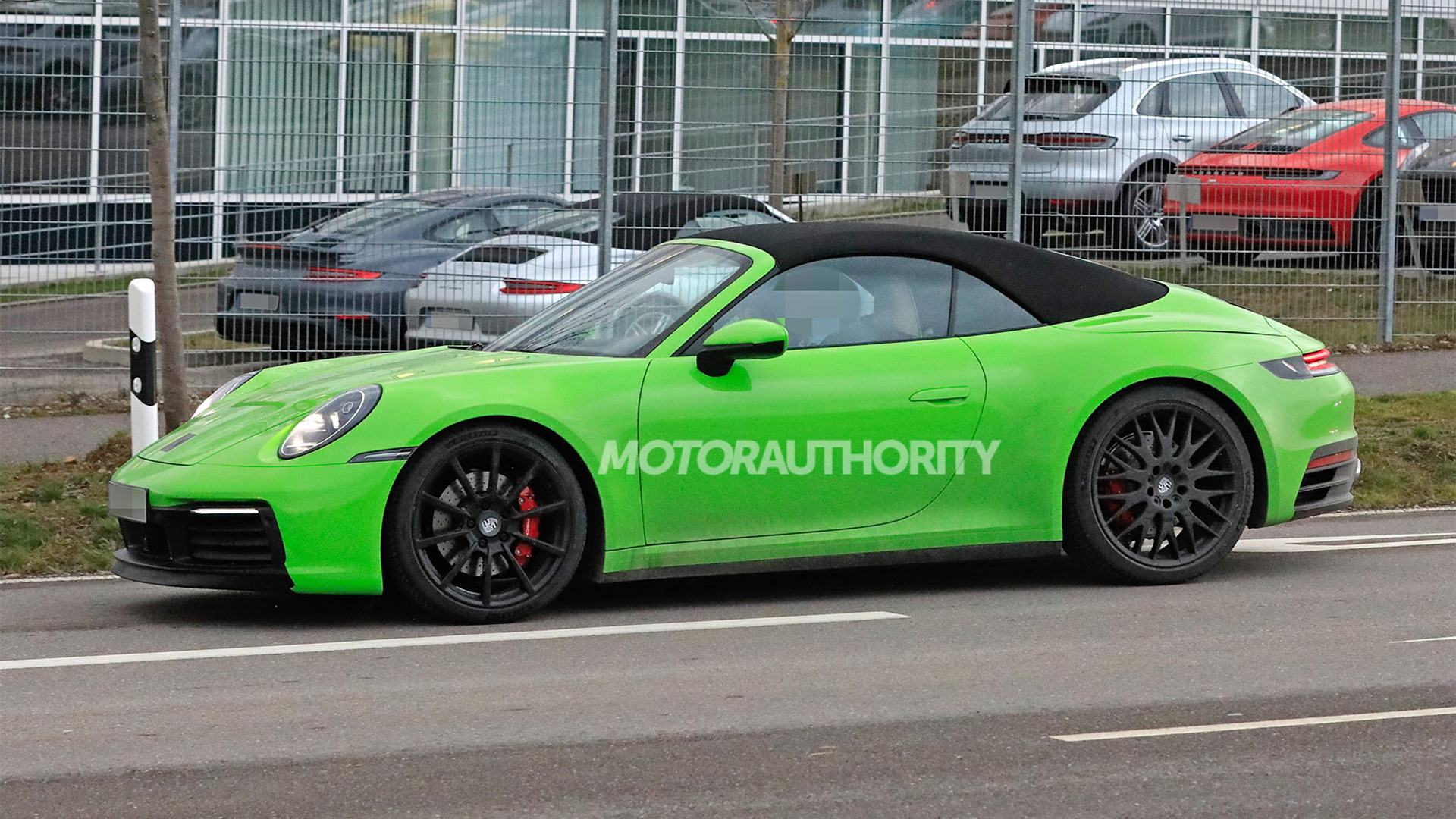 Porsche last month unveiled a new generation of its 911, the 992, and today we have a new set of spy shots of the convertible body style.

The prototype is for the Carrera S Cabriolet, though the basic design will be common to all 992-generation Cabrios.

The styling is clearly evolutionary. This is after all a 911 we’re talking about. What’s interesting, though, is the active rear wing that forms part of the body. It stretches the width of the car and sits atop a horizontal strip of LEDs serving as the taillights.

There are no surprises regarding the roof, which remains an automated soft-top. A shot showing the coupe shows the differences between the two body styles. We’ll probably see a Targa version of the new 911 eventually, and maybe even a Speedster at some point.

Underpinning the car is an updated version of the outgoing 991 911's platform, which has been made wider and capable of supporting hybrid technology. The updated platform also supports an 8-speed dual-clutch transmission instead of the former's 7-speed. A manual transmission is planned, though Porsche is yet to confirm how many gears it will have.

As for the engines in the new 911, we get the same twin-turbocharged 3.0-liter flat-6 that debuted in the 2017 911 for the Carrera models. In Carrera S and all-wheel-drive Carrera 4S models, the engine has been tuned to deliver 443 horsepower, up 23 hp from the previous generation. Specs for the Carrera haven't been revealed but expect output to lie close to 400 hp, up from the outgoing model's 370 hp.

Further out we'll see Turbo and GT3 models. A plug-in hybrid option is planned, likely for a Turbo S E-Hybrid model, though this isn't expected until the 992 receives a mid-cycle update in around four years.

A reveal of the 2020 911 Cabrio in Carrera S guise should happen in the first half of 2019. Before it arrives, Porsche will send out the 991 with a new Speedster.