Mercedes-AMG's brute of a fastback carries a price to match its capability. The German brand announced pricing for the 2019 Mercedes-AMG GT 4-Door Coupe on Monday, and it will set buyers back $137,495 for a GT 63 model.

We're also waiting to hear pricing for the GT 53 model, which will feature a 3.0-liter twin-turbo inline-6 engine. With the smaller engine, AMG has said the sedan will make 429 hp and 384 lb-ft of twist. 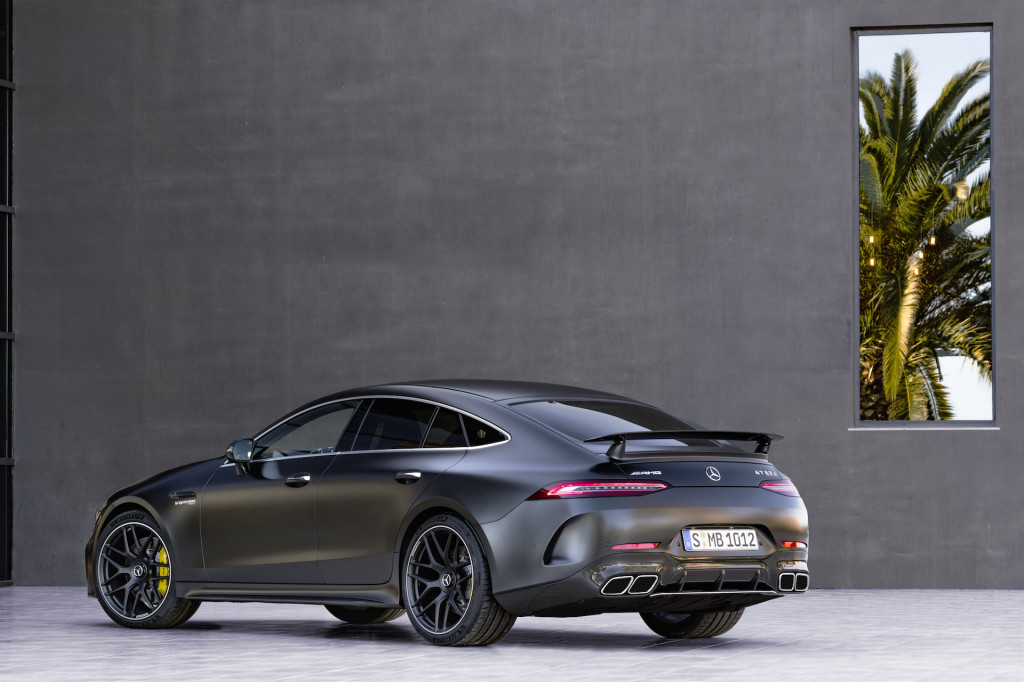 The GT 4-Door Coupe is the first "sedan" (it's actually a hatchback) that AMG built from the ground up, and it shows. We called the car a new sport sedan benchmark in our first test of the 63 S this past September.

The car starts life on Mercedes-Benz's MRA platform that also underpins the C-Class, E-Class, CLS-Class models. From there, AMG tears into the architecture to give the GT 4-Door Coupe a personality of its own. The changes include aluminum sheer panel between the subframe and rails, a pair of aluminum front strut domes, and a steel lower strut brace on each side.

All of the modifications certainly help the GT 63 S deliver an ever-so-satisfying turn-in response as they work to stiffen the front end. 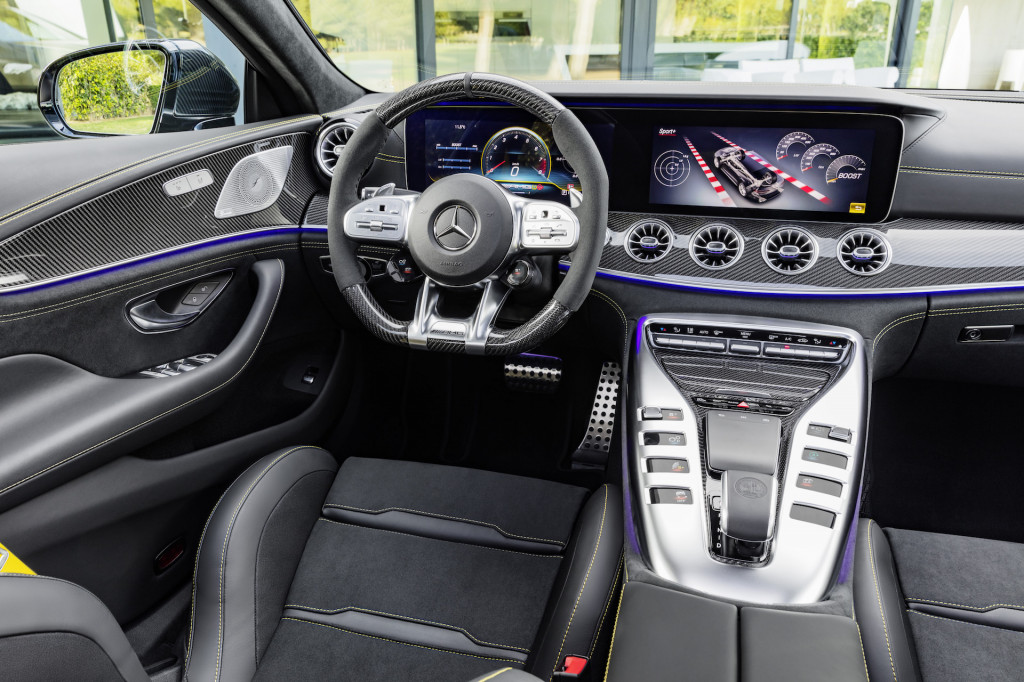 Comforts are abound for both V-8-powered models, but drivers will want to select the AMG GT 63 S for the AMG Performance Exhaust System and the available AMG Dynamic Plus Package. The latter opens up Race Mode and Drift Mode. Need we say more?

The first GT 63 and GT 63 S models will reach U.S. showrooms in the first half of 2019. The Porsche Panamera Turbo should be on notice.