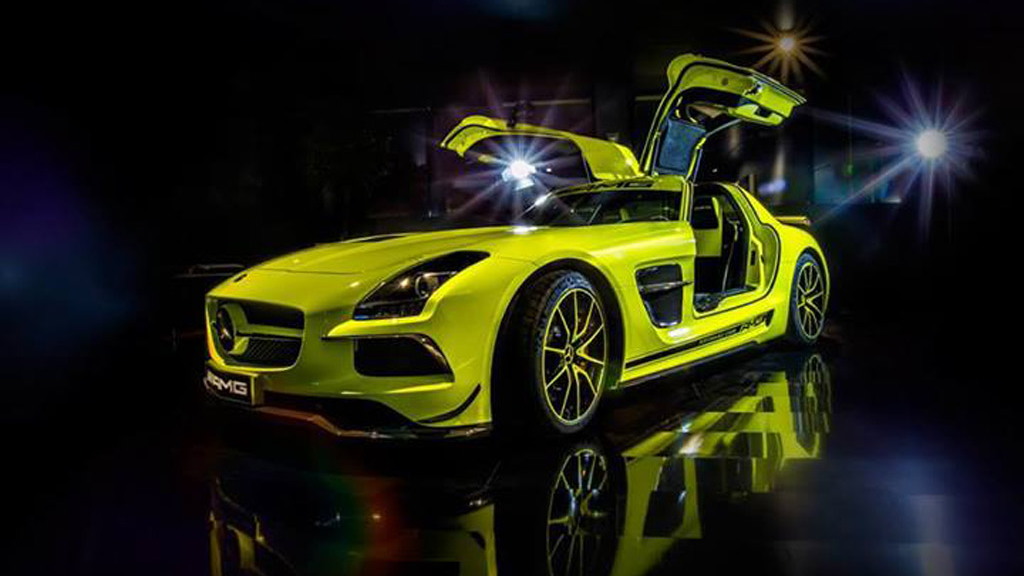 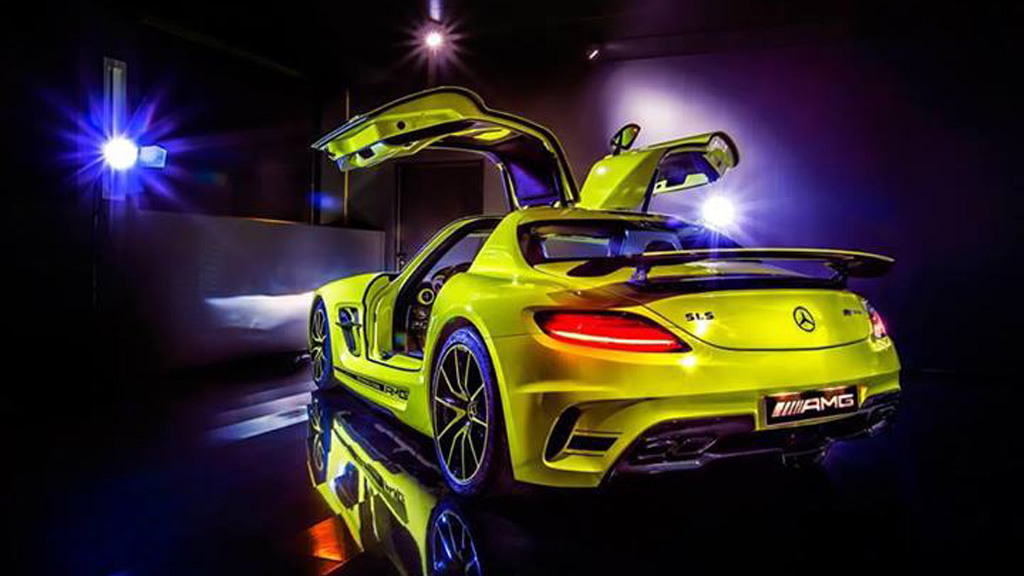 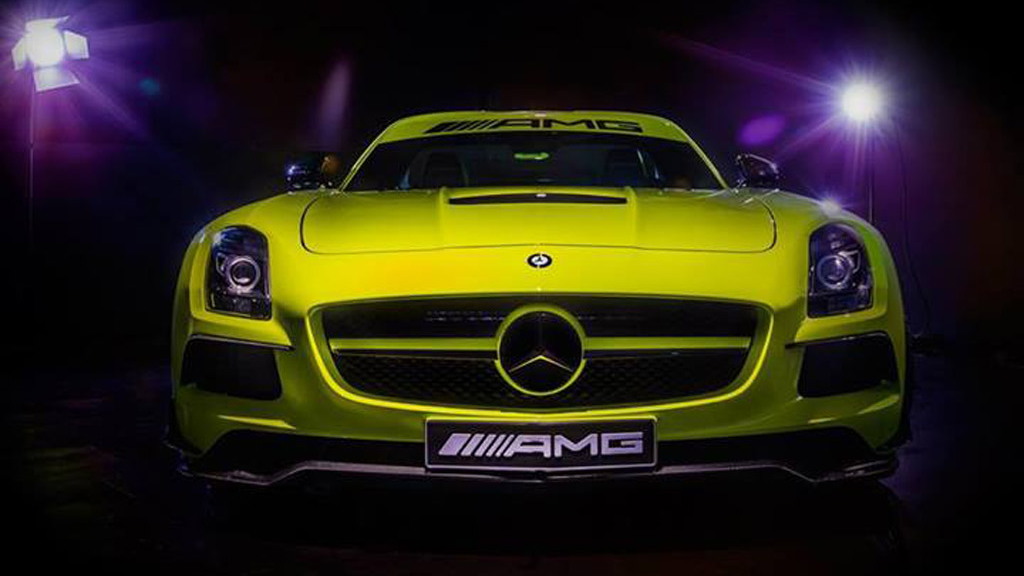 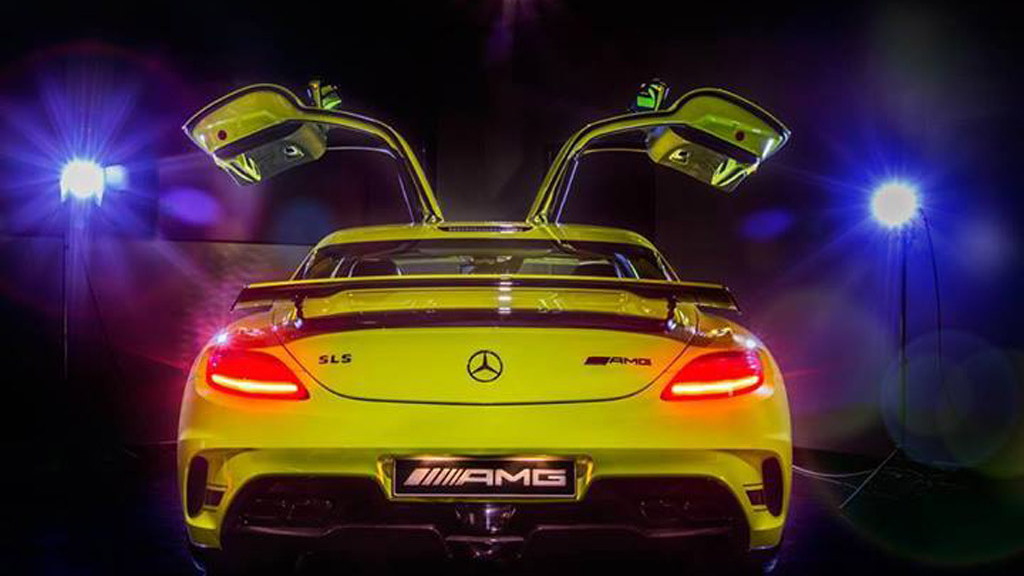 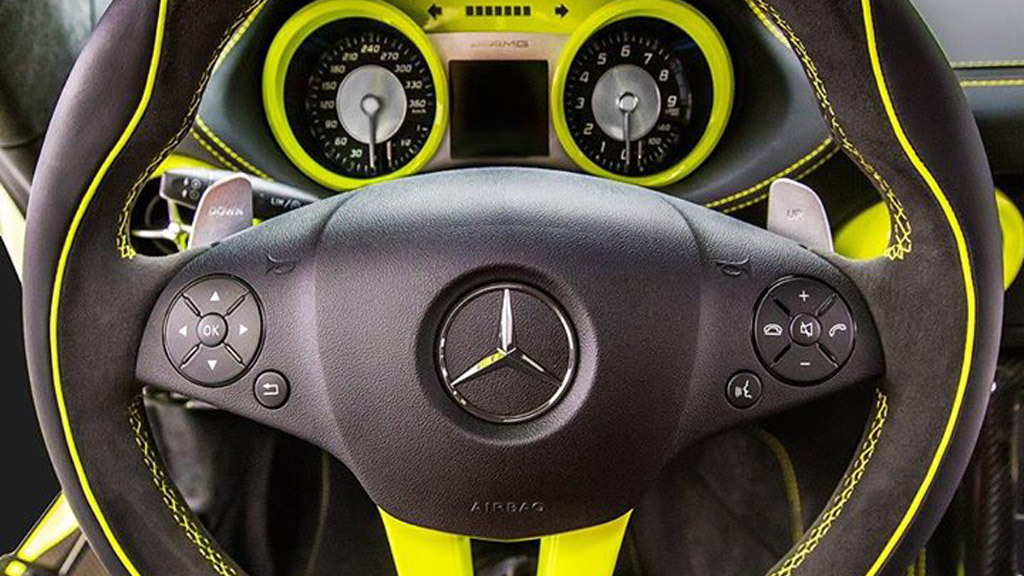 Earlier this month we showed you a unique SLS AMG Black Series that was personalized by its owner through the AMG Performance Studio, the Affalterbach tuner's new personalization department. No details on the car were released, but AMG did confirm that its bright paint scheme would receive a name chosen by the tuner’s Facebook fans.

Well, the fans have decided: the new paint scheme from henceforth will be known as AMG Afterglow. The runner-up choice was Lime Light.

As the photos above show, the AMG Afterglow color is used for both the exterior and inside the cabin. The owner has selected the unique hue for the seat trim, stitching and dash accents. The rest of the cabin features Black Series-standard Alcantara and carbon fiber.

As for the rest of the SLS AMG Black Series, we know that the car comes powered by AMG’s venerable 6.2-liter V-8 engine, which in this application has been tuned to deliver 631 horsepower and 468 pound-feet of torque. This enables the car to accelerate from 0-60 mph in 3.5 seconds and reach a top speed of 196 mph.

For more on the SLS AMG Black Series, check out our first drive report.