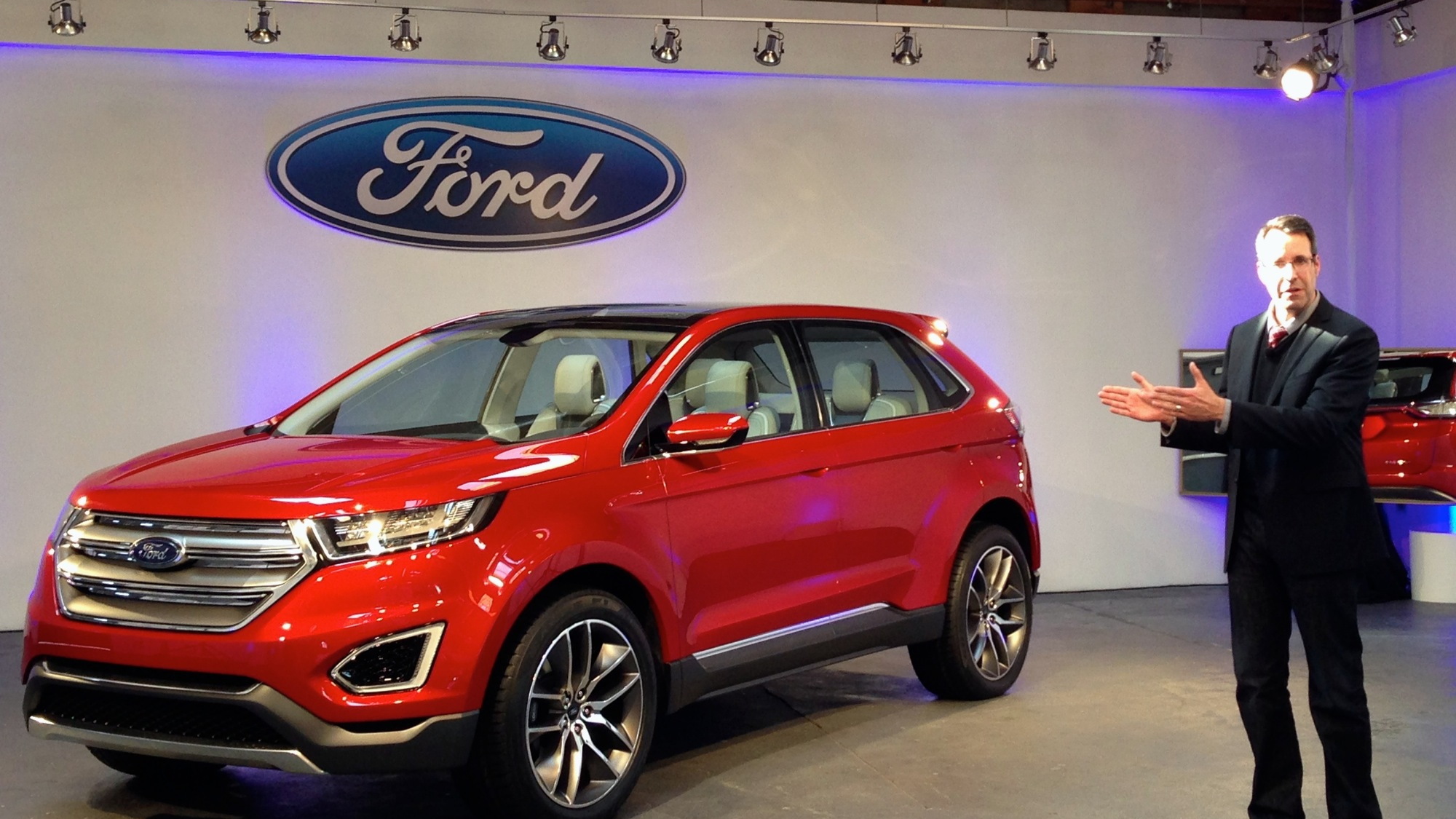 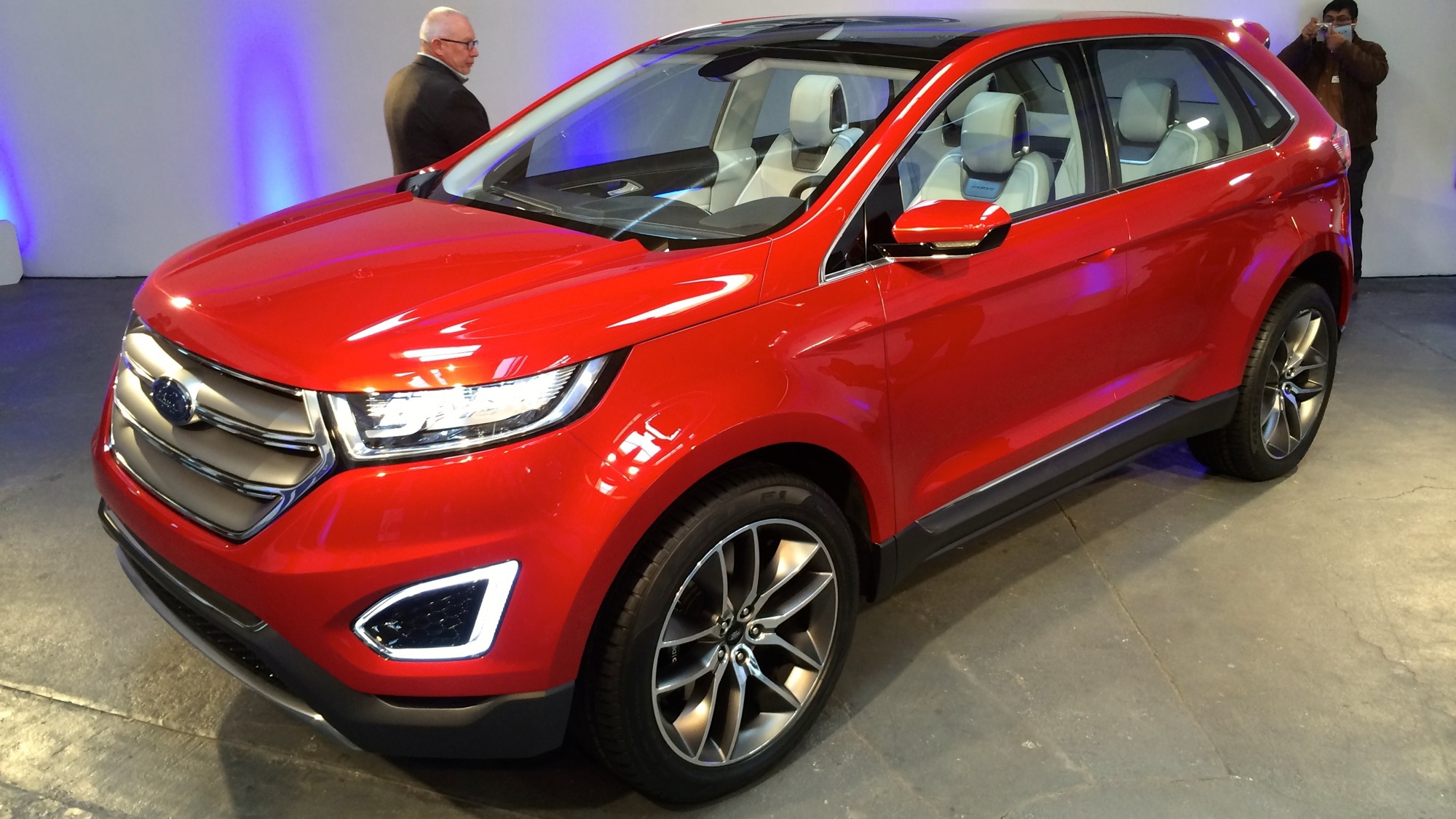 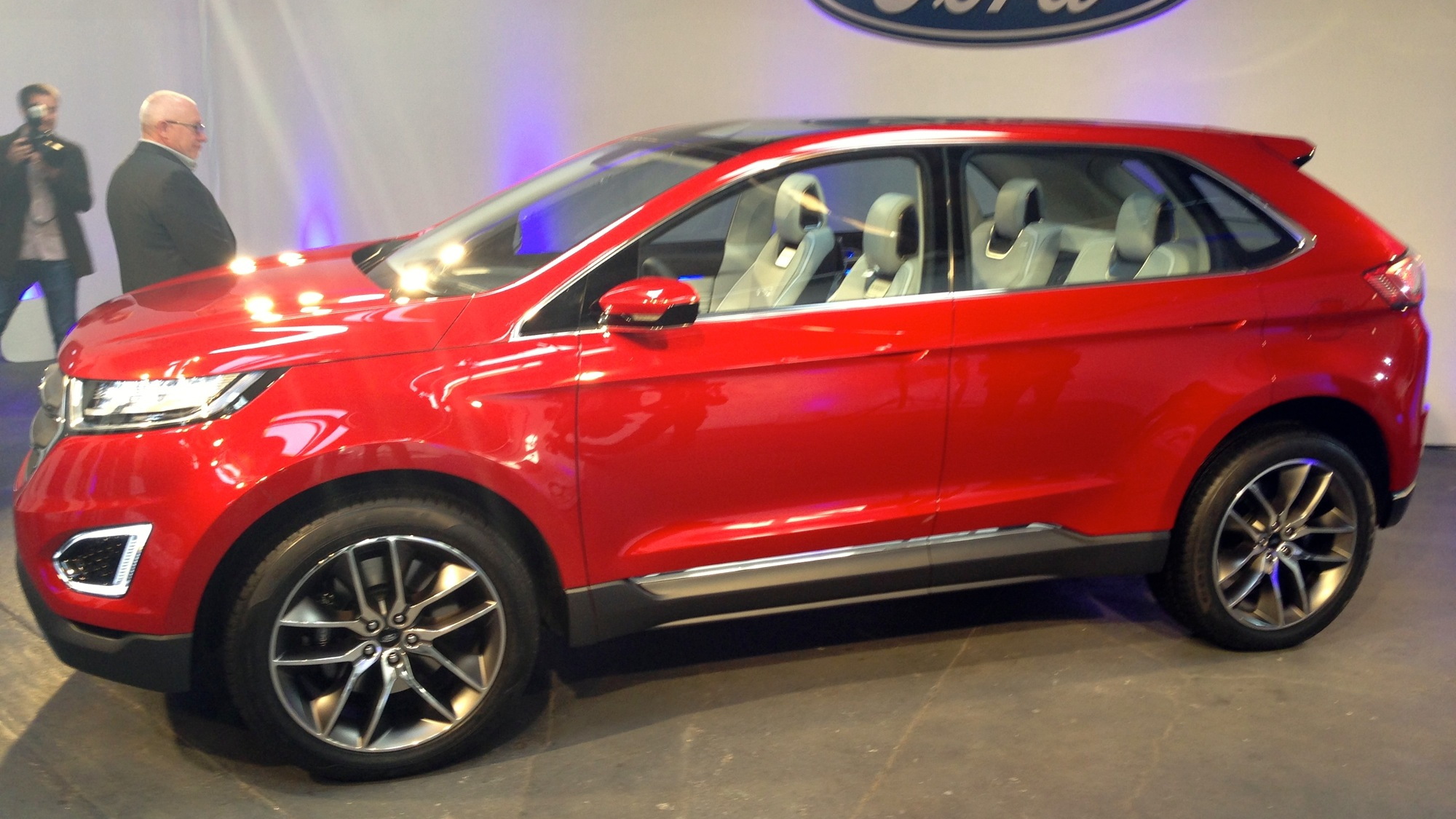 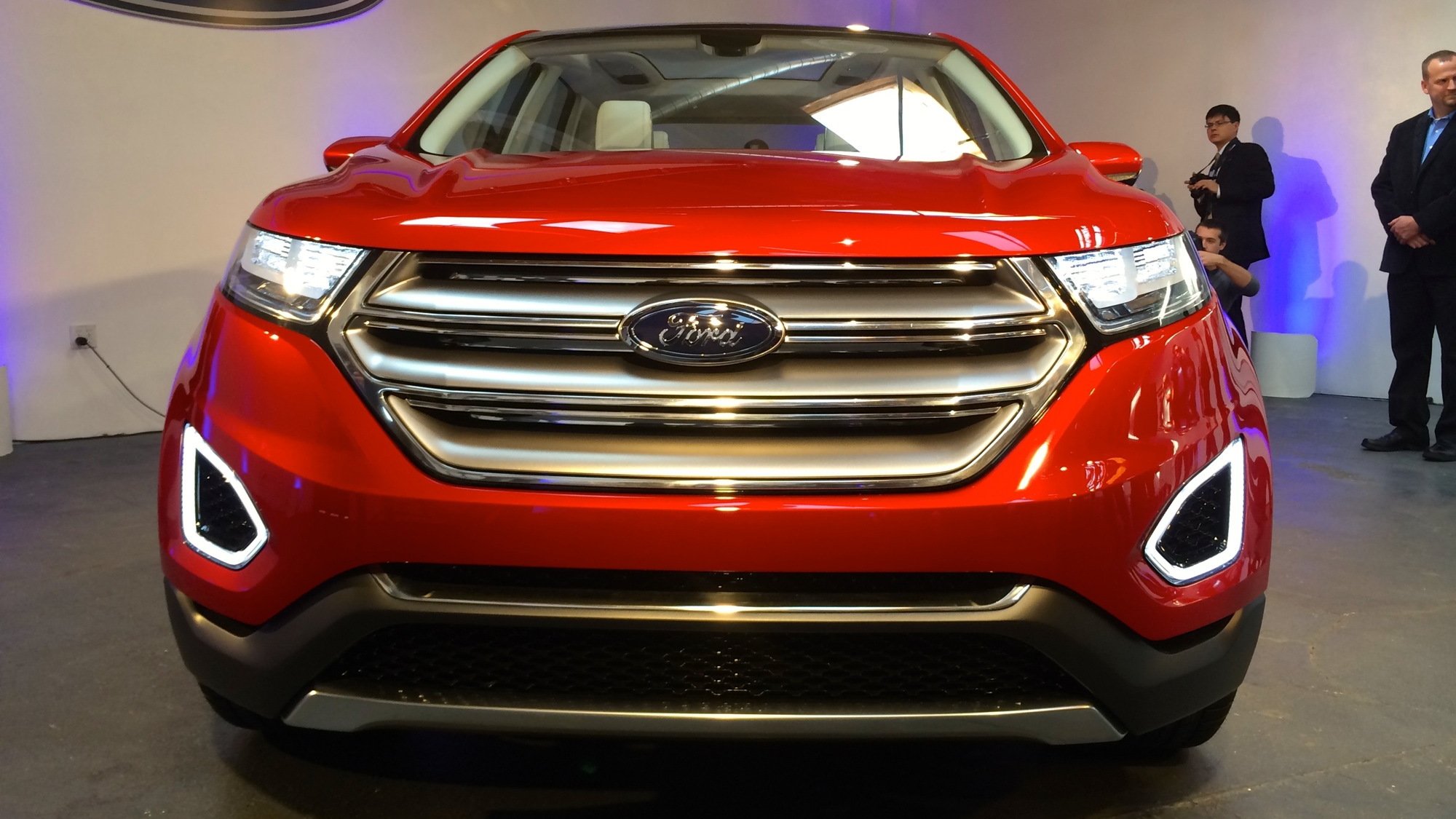 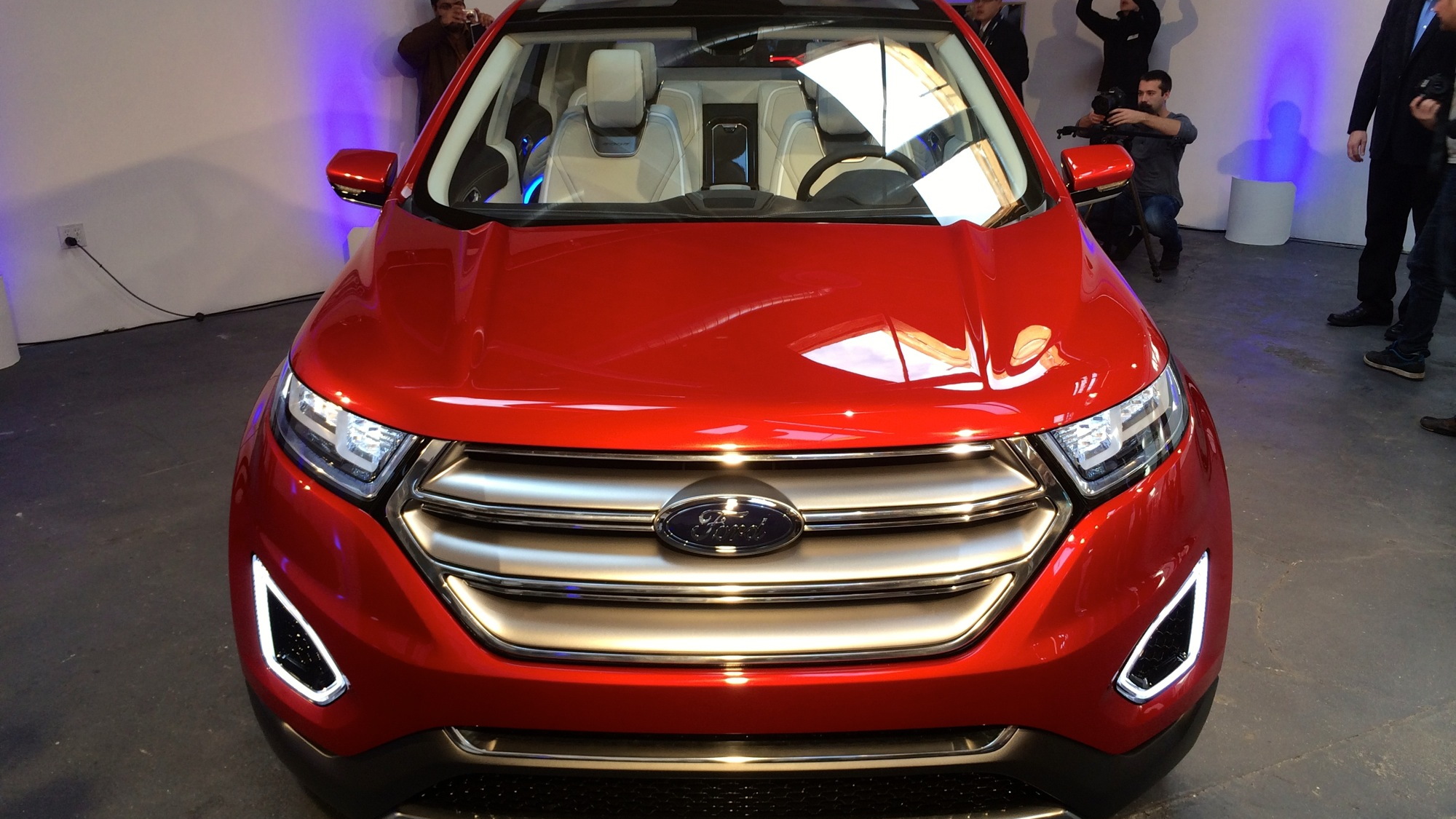 28
photos
Ford is previewing its next-generation Edge crossover with a thinly veiled concept version at this week’s 2013 Los Angeles Auto Show. The new Edge is expected to be launched onto the market late next year, as a 2015 model, and may end up offering a hybrid option and an automatic parking system that doesn’t require the driver to be inside the vehicle.

The concept features similar proportions to the current Edge but with a design reminiscent of more modern Fords, particularly its front section which resembles that of the Fusion. It’s still sleek and sporty but a bit more conventional in its design.

The concept also showcases several of the Ford Motor Company's [NYSE:F] next-generation convenience and safety technologies, including LED headlamps, collision avoidance systems, adaptive steering, and an industry-first parking assistance tool. That park assist feature not only is capable of parallel parking the car, but it can also park itself in perpendicular spaces–even without a driver behind the wheel (it’s remote operated).

No powertrain details have been mentioned, but Ford has revealed that the Edge concept comes with active grille shutters to help aid the fuel efficiency of a “next-generation EcoBoost engine with stop-start technology.” One possibility is the 2.3-liter EcoBoost four-cylinder announced for the 2015 Lincoln MKC and destined for the 2015 Ford Mustang.

The active grille shutters, meanwhile, are designed to automatically open and close to maintain ideal engine operating temperature and maximize aerodynamic efficiency. To improve efficiency further, unique air curtains are positioned on the lower part of the fascia. The air curtains and ducting are designed to guide air from the front of the vehicle, out through the front wheel wells and down the vehicle side.

The interior features a number of premium touches such as a leather-wrapped and hand-stitched instrument panel, a 10-inch touchscreen display for the MyFord Touch interface, bright work on the armrest, door-release bezel and air outlets.