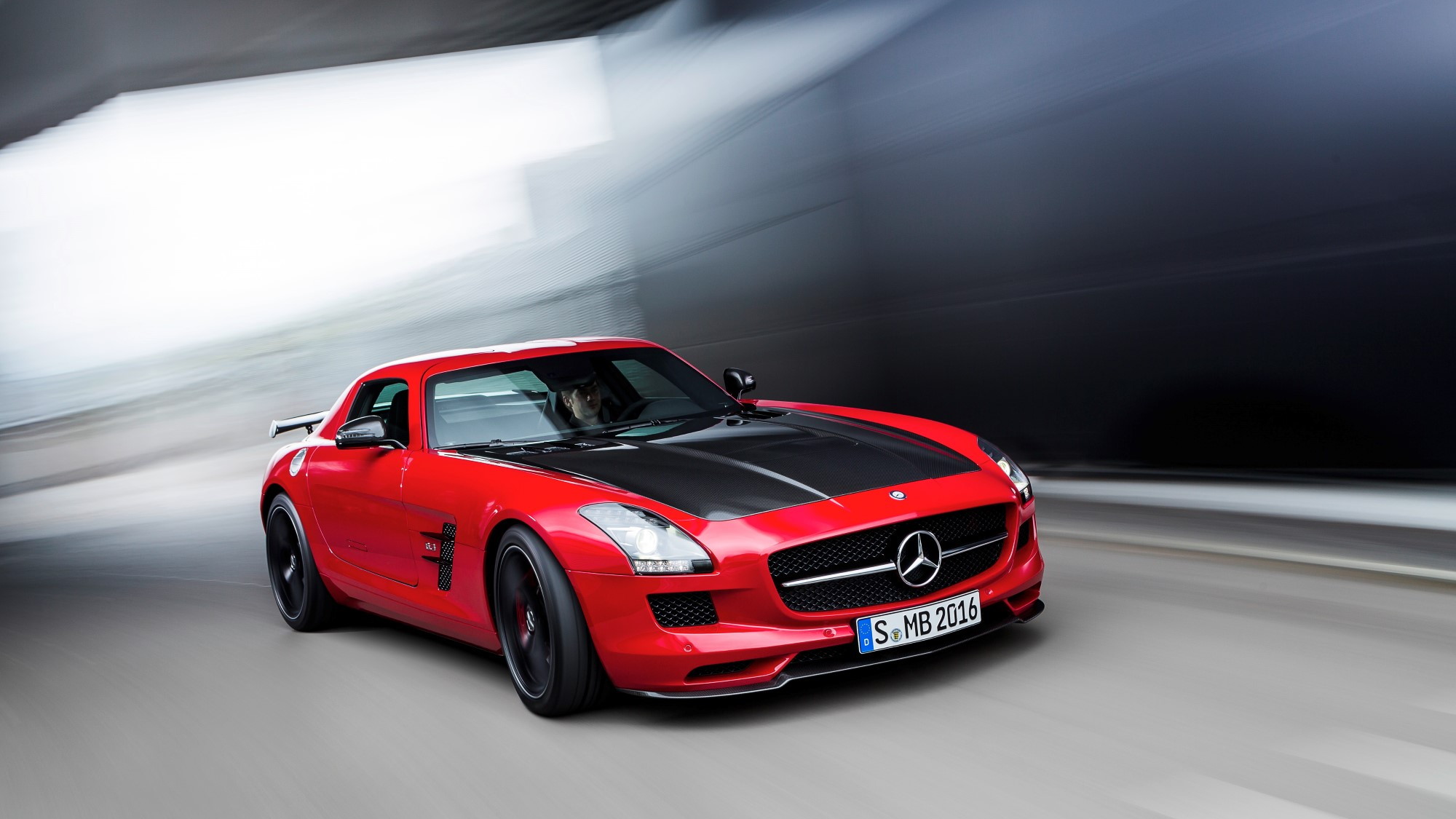 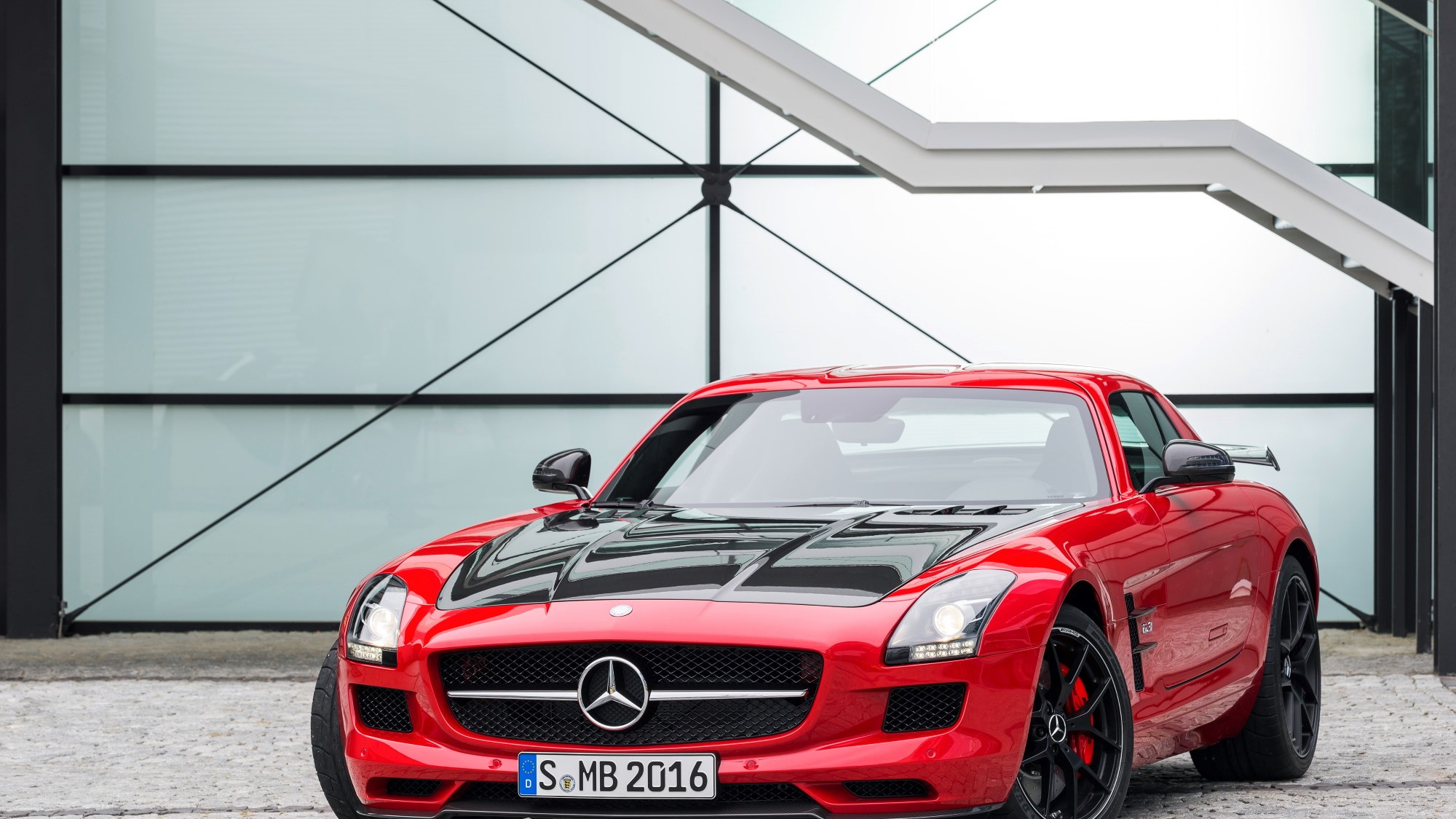 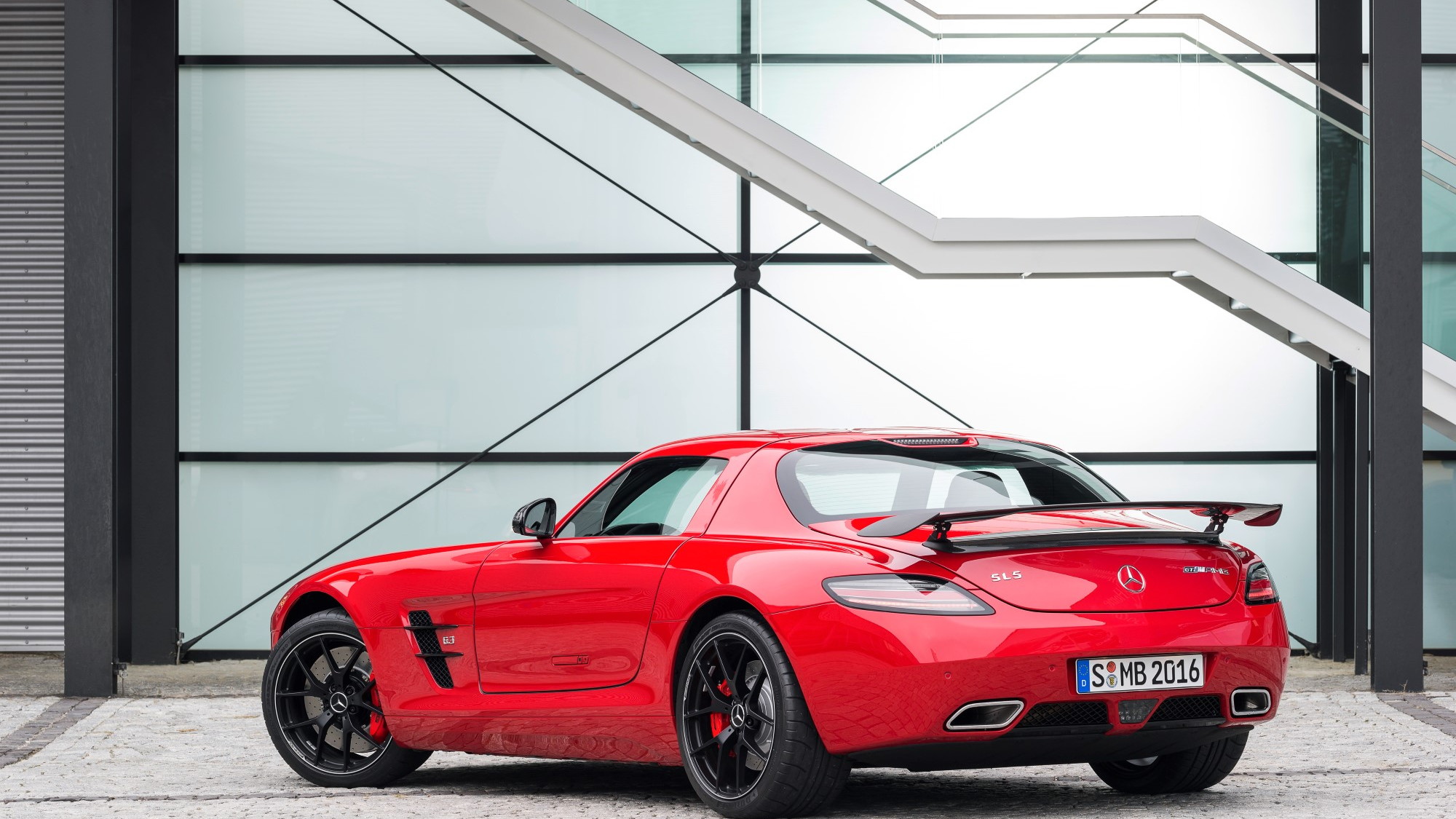 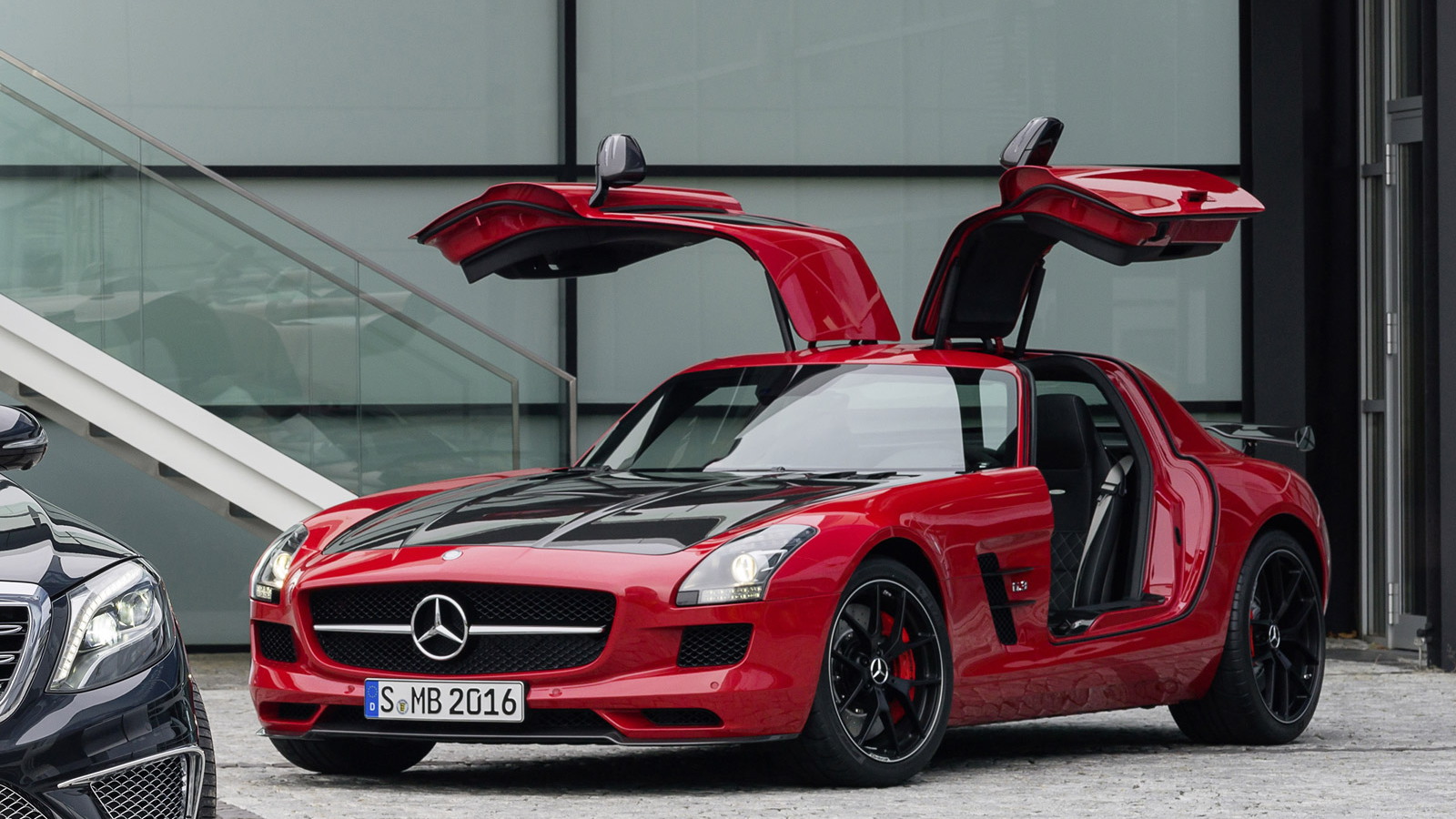 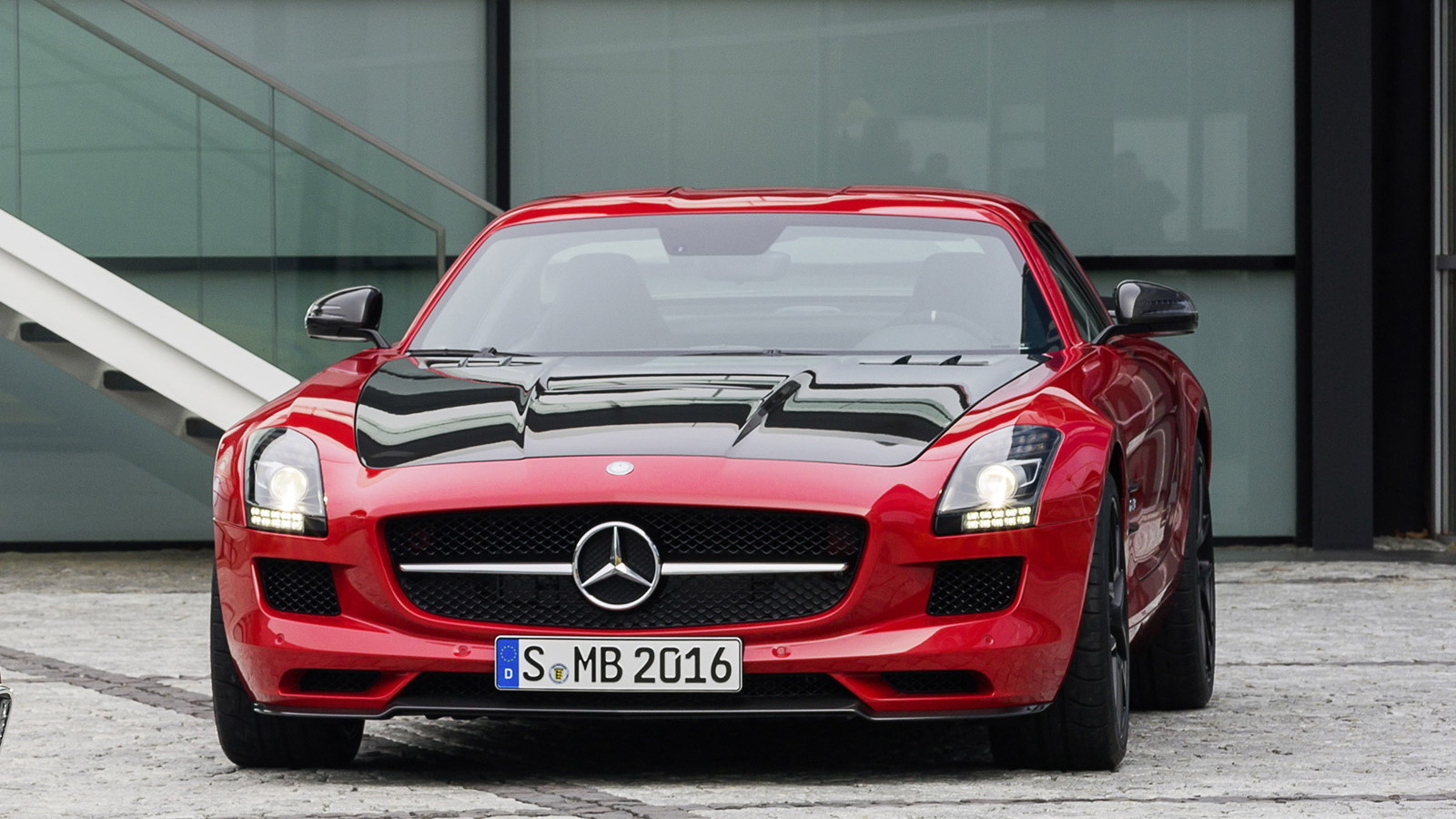 The car is being shown at auto shows taking place in Los Angeles and Tokyo, and will reach showrooms in March 2014. Only 350 examples will be built (that includes both gullwing and convertible bodystyles), so if you’re interested in owning this modern classic you had better give your closest Mercedes dealer a call very soon.

As the name suggests, the car is based on the SLS AMG GT and matches that car’s 583 horsepower and 479 pound-feet of torque. Special tires and some new aero pieces enhance its dynamic performance, however. Sadly, the launch of this new model also marks the end of the line of AMG’s legendary 6.2-liter V-8. Future V-8-powered AMGs will either use the existing twin-turbo 5.5-liter engine or a new twin-turbo 4.0-liter mill.

It will be easy to spot one of the SLS AMG GT Final Edition models. They feature a hood with a carbon fiber effect (i.e. not the real thing) and new vent design. They also come with a carbon fiber splitter, a fixed rear wing and exclusive light alloy wheels. The inlets in the front bumper are also unique to this special edition model.

The exclusive design of the wheels on the SLS AMG GT Final Edition are available in two color variants: inlayed in matte black with the spokes and rim flange in a high-sheen finish or completely painted matte black highlighted by a pencil thin high-sheen rim flange. Red-painted brake calipers are fitted as are new Dunlop Sport Maxx Race Cup tires measuring 265/35 R19 (front) and 295/30 R20 (rear). These Cup tires have been exclusively developed for AMG, and not only do they improve steering precision, they also increase grip.

With the pedal floored, owners can expect a 0-60 mph time of just 3.6 seconds. Reaching 124 mph will take them 11.2 seconds and top speed is an electronically limited 197 mph. Perfect launches are achieved using the RACE START launch control system of the car’s seven-speed AMG SPEEDSHIFT dual-clutch transmission.

It’s not only the exterior of the SLS AMG GT Final Edition that is unique; the interior also gets a few special touches. Exclusive design leather is fitted throughout and features a diamond-stitch pattern. Contrasting silver stitching and high-gloss carbon fiber trim is also standard. A particularly exclusive detail is the "AMG FINAL EDITION - 1 of 350" badge on the carbon fiber center console. Other details include Alcantara used on parts of the dash as well as for the steering wheel. Finally, the seats feature an embossed AMG crest in the head restraints.

If this is still not special enough, you can also have the car fitted with carbon fiber exterior mirror and engine covers, carbon ceramic brakes, and a Bang & Olufsen BeoSound surround sound system.

The launch of the SLS AMG GT Final Edition represents the last opportunity for customers to order a new SLS AMG; the good news is that we won’t have to wait another half century to see a new gullwing wearing the Three Pointed Star, according to AMG's outgoing boss. Furthermore, as early as next year, we'll be seeing a new AMG-developed sports car launched on the market.

Making its debut alongside the SLS AMG GT Final Edition is the 2015 Mercedes-Benz S65 AMG, which you can read about here. And for more of our coverage from both shows, visit our dedicated L.A. and Tokyo show hubs.