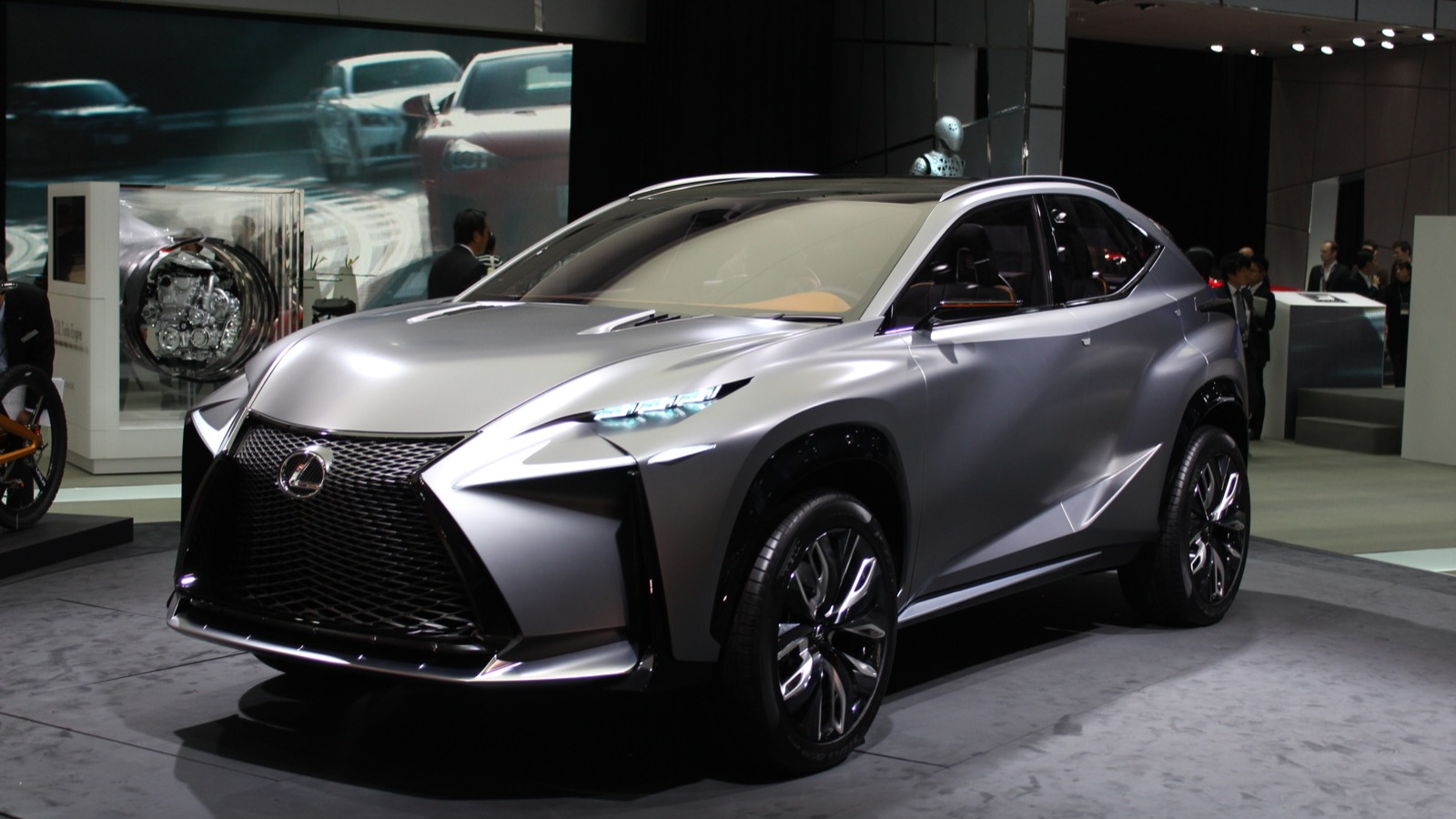 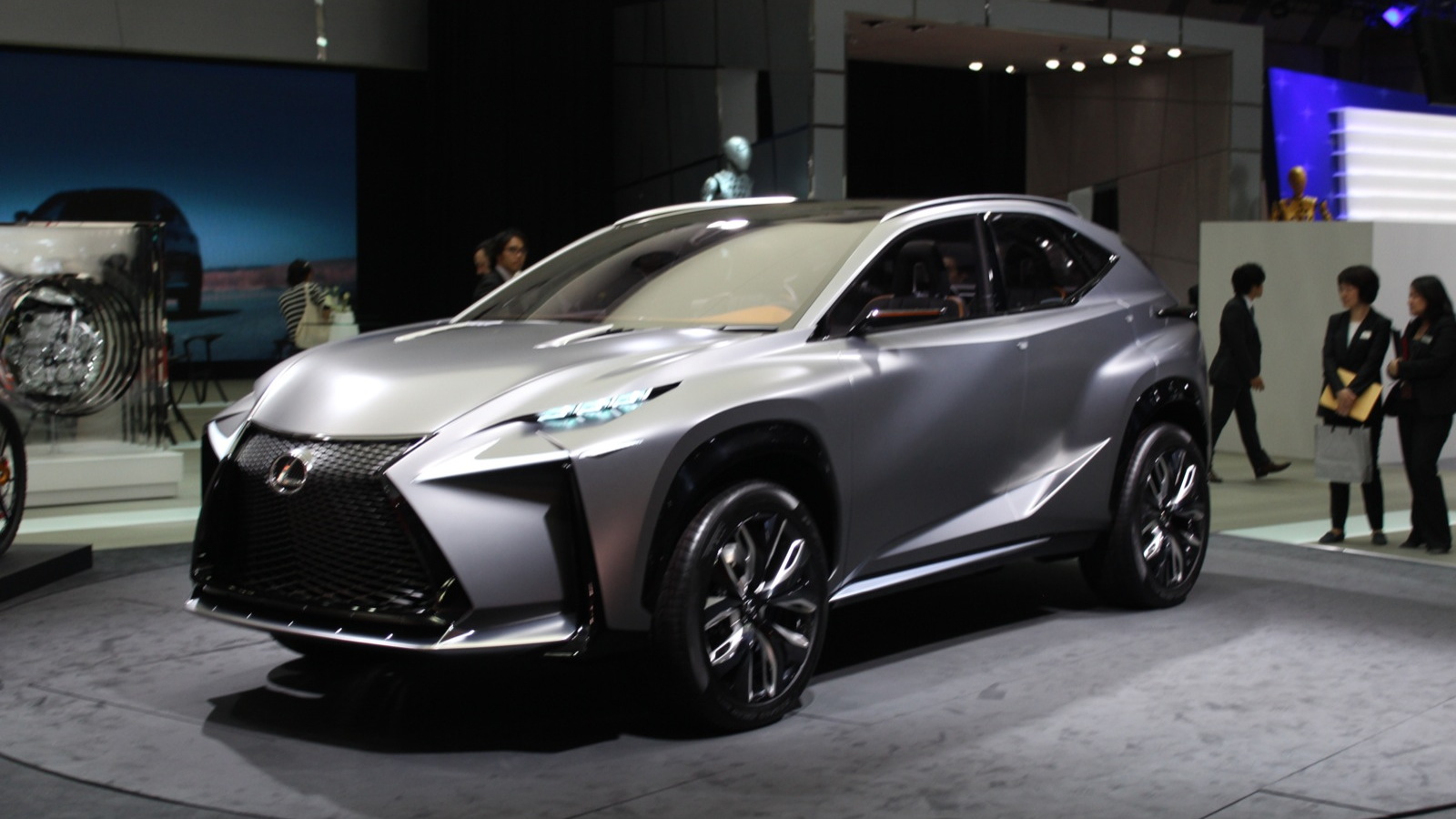 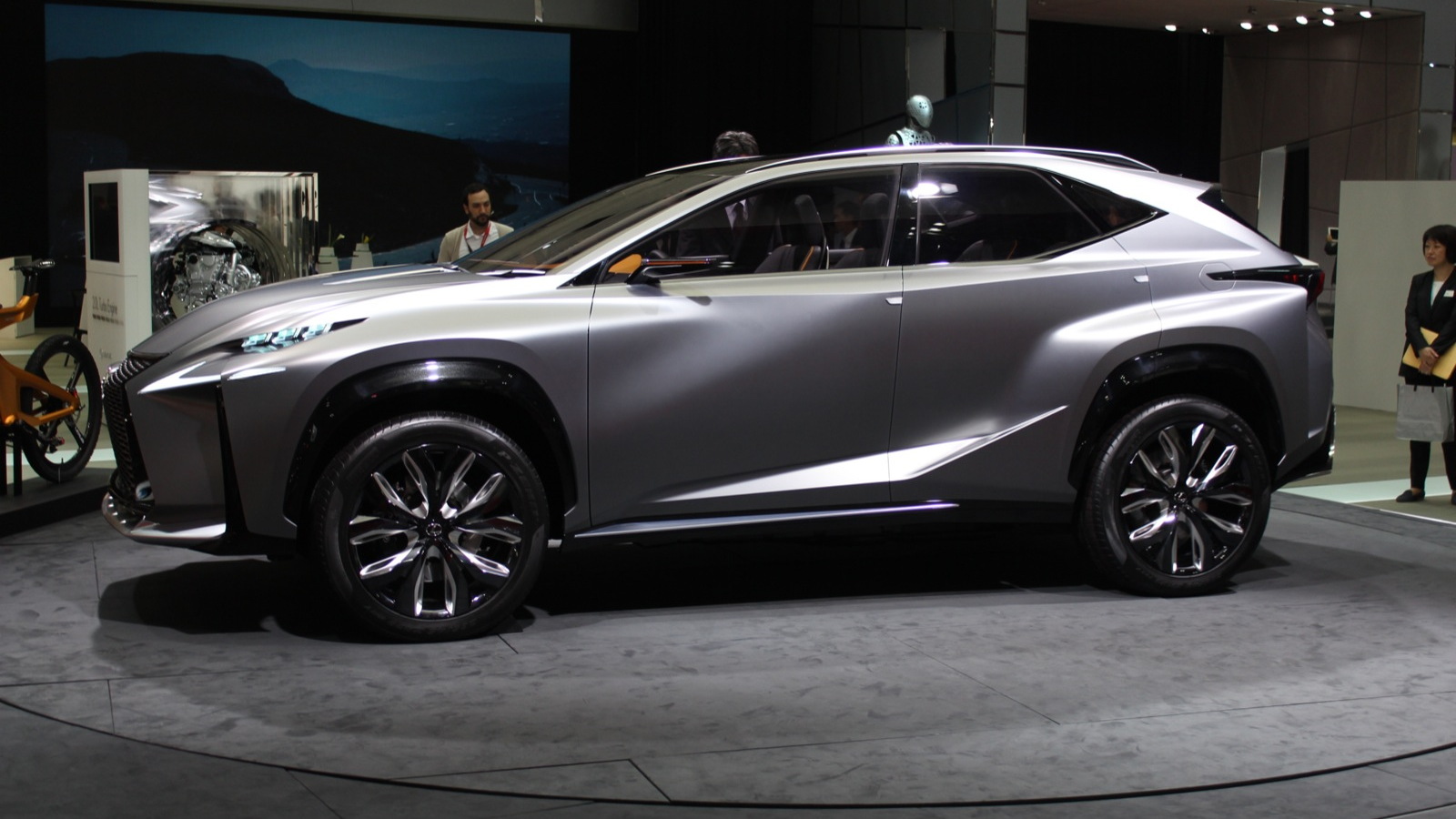 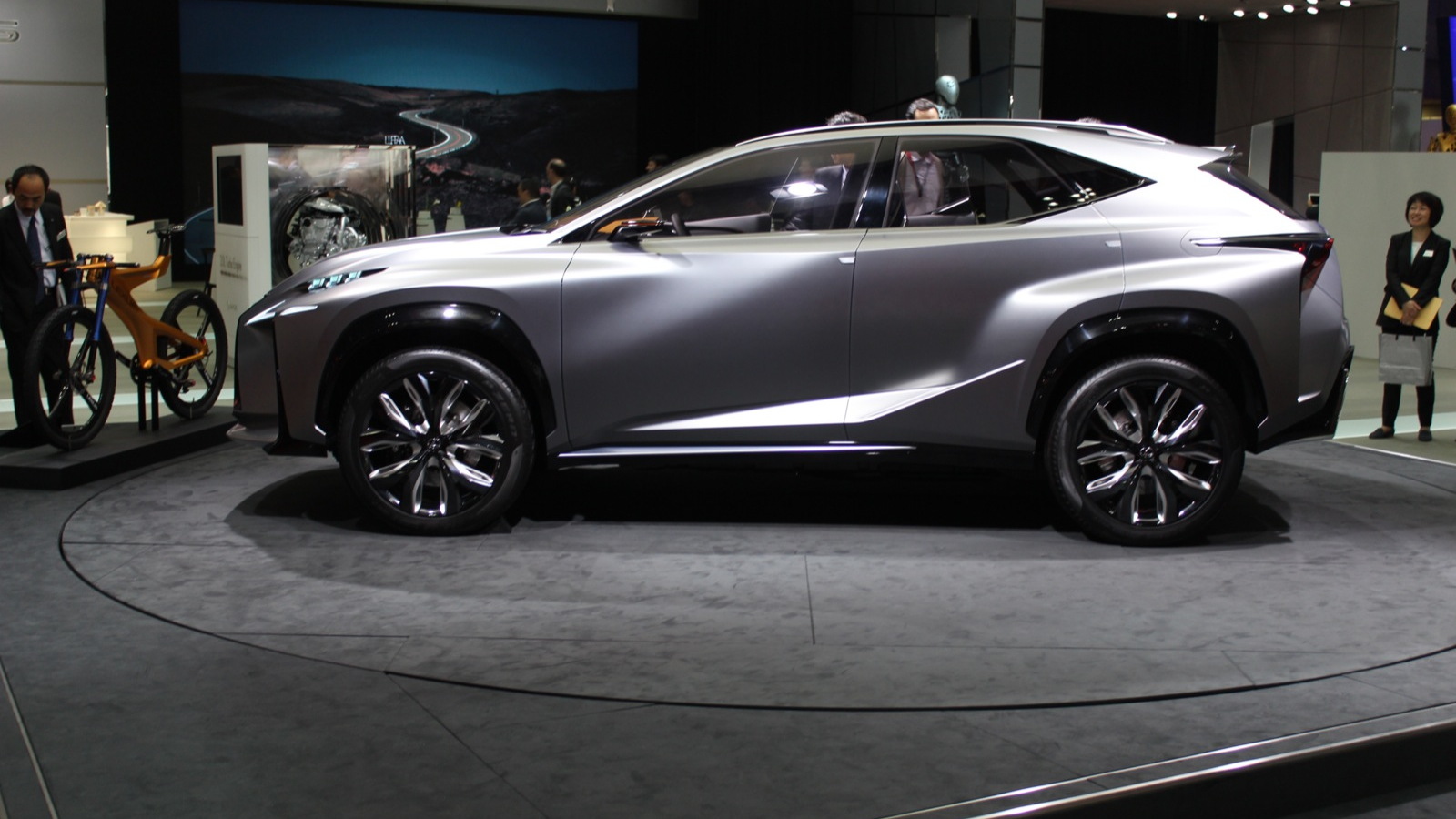 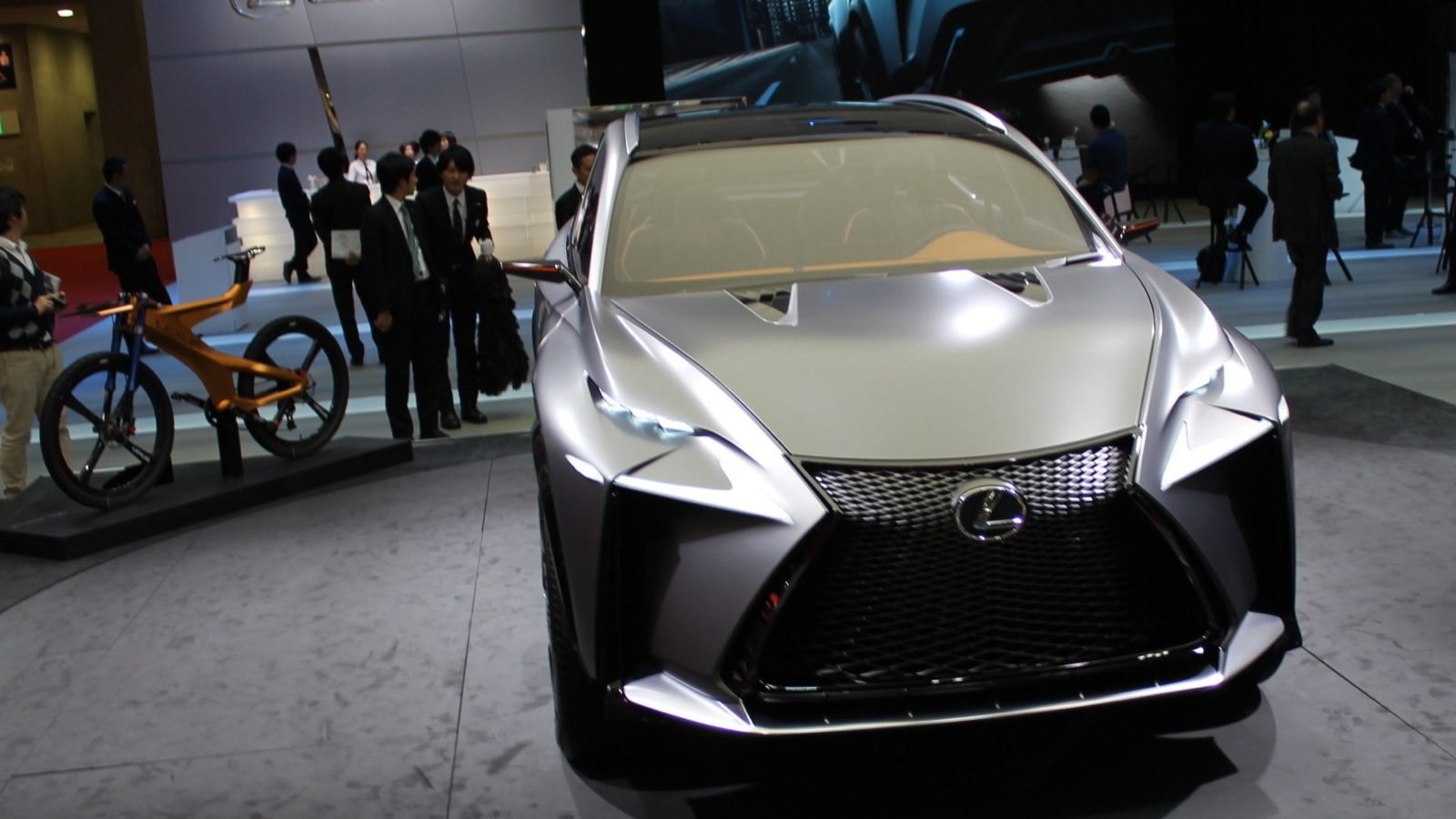 26
photos
Lexus presented its first turbocharged engine in a crossover concept at the 2013 Tokyo Motor Show earlier today. That crossover concept is the LF-NX Turbo, which previews a new compact crossover the Japanese luxury brand plans to launch next year. Smaller than its RX at 182.7 inches long with a 106.3 inch wheelbase, the LF-NX Turbo concept focuses on the growing segment of smaller, more urban-centric compact premium crossovers.

The production version will be called the NX, and at present two different versions are planned: an NX 200t previewed by the LF-NX Turbo concept and an NX 300h hybrid previewed by a previous LF-NX concept. Lexus designers have also added a front splitter and more aggressive rear diffuser to the LF-NX Turbo to emphasize its sportier positioning compared to the previous LF-NX concept.

The production NX will use a modified version of the platform found in the Toyota RAV4. Front-wheel drive will likely be standard, with all-wheel drive remaining an option. It’s not clear how much power it will have in turbocharged NX 200t trim, but the NX 300h hybrid model should have a similar output to that of Lexus’ new RC 300h. That means an engine with 176 horsepower and an electric motor adding 105 kilowatts (140 horsepower) more.

Lexus hasn’t shown us the interior of its LF-NX Turbo concept, but a description suggests much of the design will be shared with the interior of the RC. The center console extends the full length of the cabin to bisect the rear seats, providing the concept with a 2+2 seating arrangement. The production NX will likely have a conventional five-seat layout.

The dash of the LF-NX Turbo is said to be divided into operational and display zones. The upper zone houses the instrument panel and a seven-inch navigation screen while a layered center console integrates a touchpad surface Lexus calls Remote Touch.

The production NX will be revealed in early 2014, with sales likely to commence in the fall.