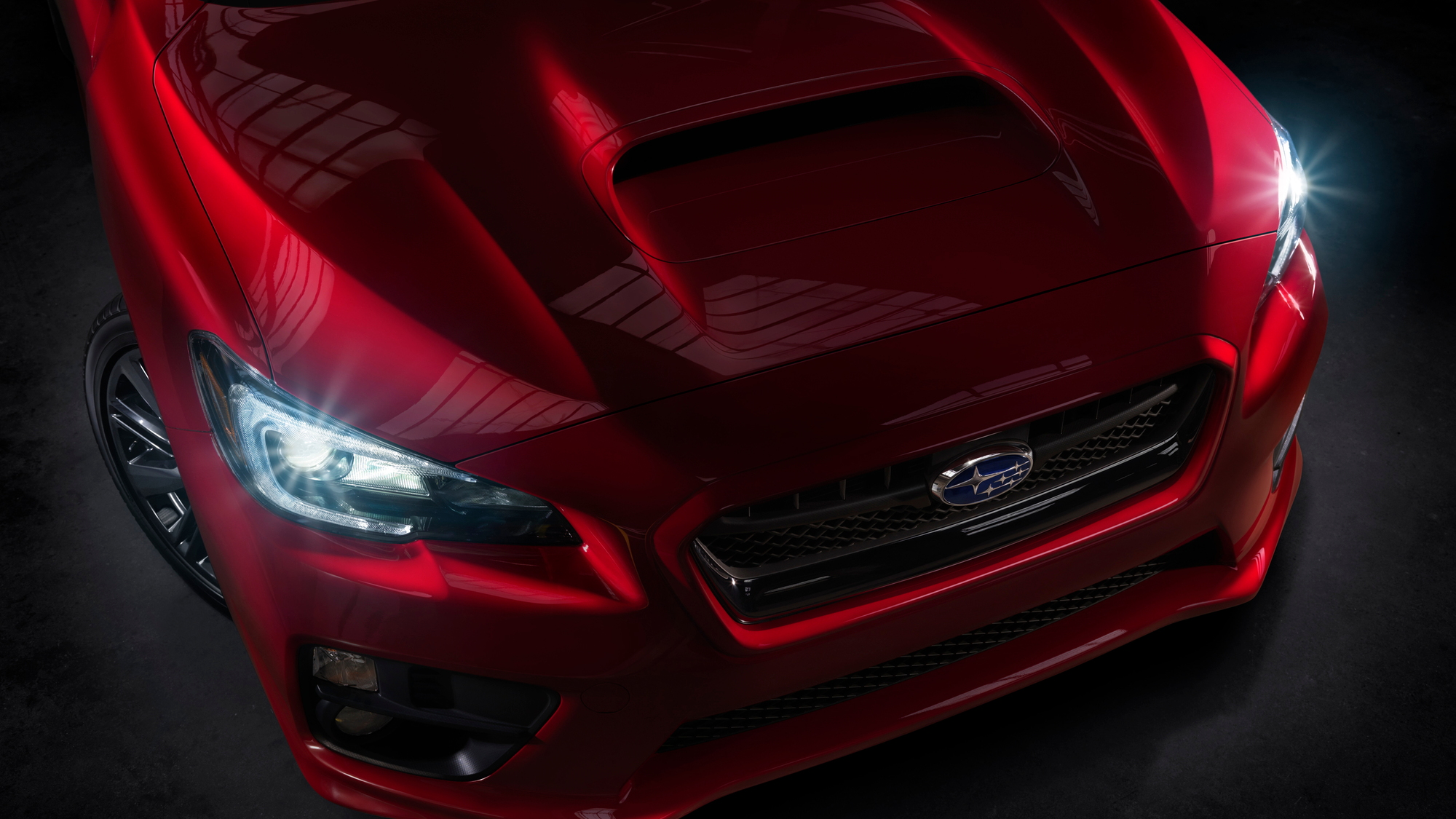 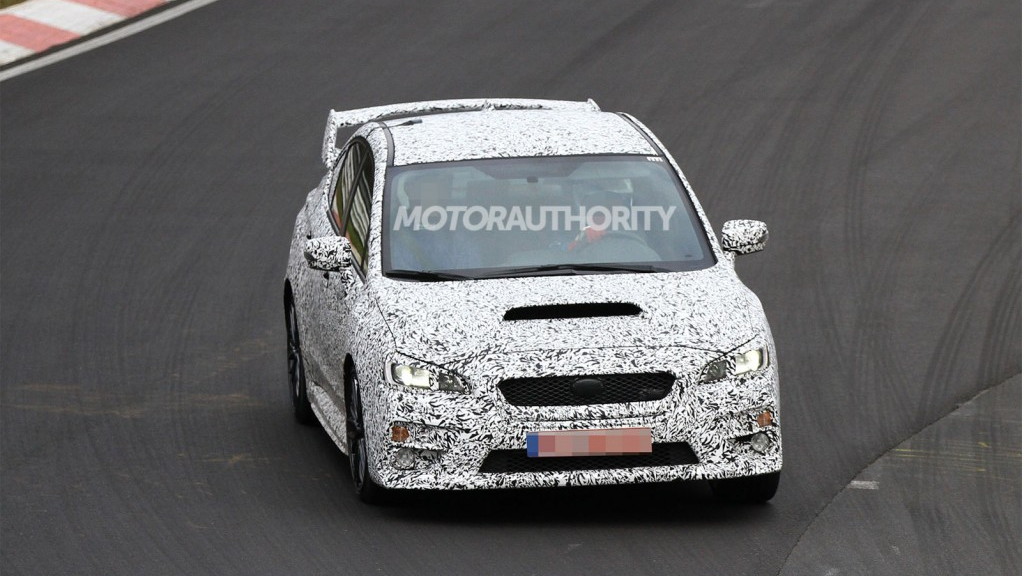 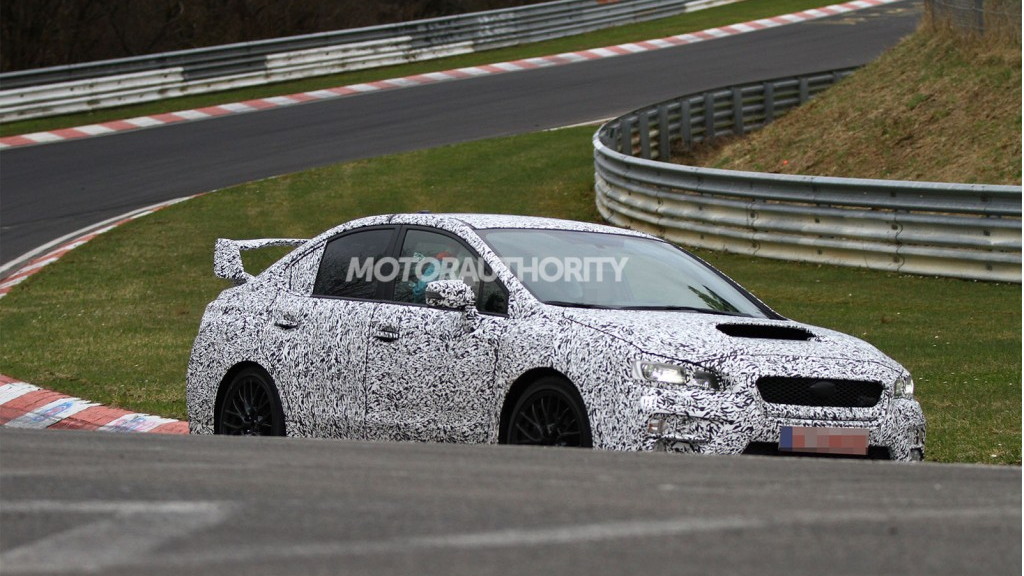 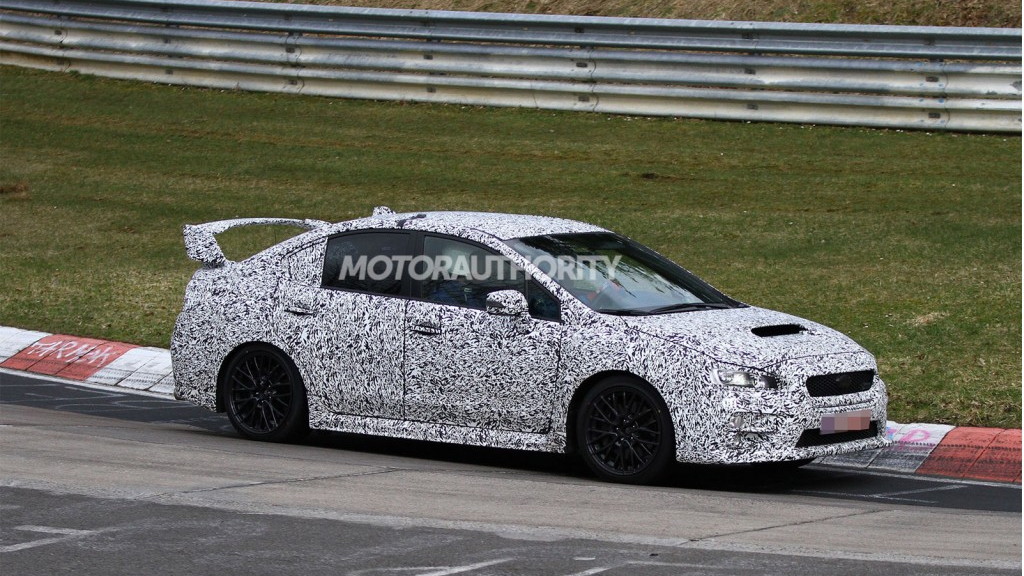 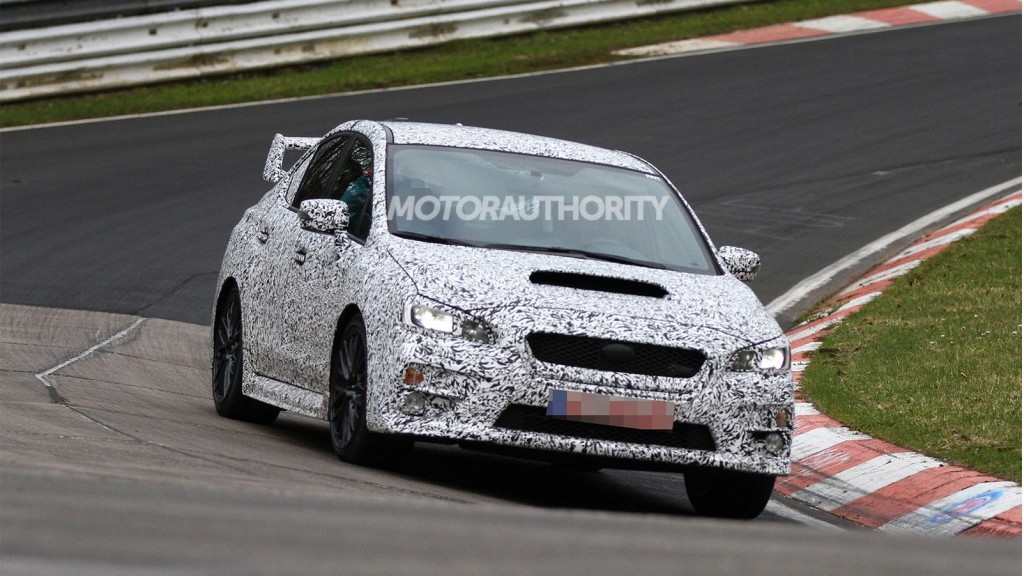 14
photos
UPDATE: Below you'll find two images that purport to be leaked shots of the full car, from the front and rear. While they may just be creative renderings, they do adhere closely to the details of the one official teaser image. Judge for yourself.

The 2015 Subaru WRX is coming, along with the higher-performance WRX STI, at this year's Los Angeles Auto Show. This is our first glimpse of what it will look like.

So far, Subaru hasn't revealed much in the way of details or information on the car, but spy shots of the WRX in testing have revealed the basic outlines of the car.

While there's not much resemblance to the sleek four-door coupe concept shown at the 2013 New York Auto Show, the key details do appear to carry into the production design, at least at the nose, as shown in the first teaser image.

The iconic WRX hood scoop is prominent at the center of the hood, while more sharply creased aerodynamic/design lines flank the scoop on either side. Aggressive, wide-set headlights, Subaru's stylized hexagonal grille, and a low chin spoiler, all accented with mech grille inserts and black trim, complete the front-end picture.

Just visible in the image are the flared fenders, a glimpse of the wheel face, and door-mounted side mirrors.

It's still unknown what will power the 2015 WRX and WRX STI, but we expect a turbocharged version of the updated 2.0-liter engine found in the Subaru BRZ (and Scion FR-S) to get the nod. Power levels should climb slightly from the current WRX's 265 horsepower and the STI's 305-horsepower rating.

All-wheel drive will, of course, be standard gear. A lighter curb weight should also help improve handling and all-around performance, though we wouldn't expect a massive weight savings over the current-generation WRX family.

For more details, follow the jumps for spy photos and spy video of the 2015 Subaru WRX in testing.